20 Of The Best Method Actors In Hollywood

It takes a lot of talent and dedication to create cinema that is believable and engrossing. Although any great film relies heavily on the craftsmanship of a writer and the vision of a director, the project can never reach its full potential until the actors on-screen bring in an element on realism to their roles. This is why method actors are so highly revered in the industry. Their professionalism and intense preparation helps create legendary characters that stay with us long after we exit the screens. Here is a list of 20 actors that have made a mark on the industry by using method acting to deliver on some epic performances: 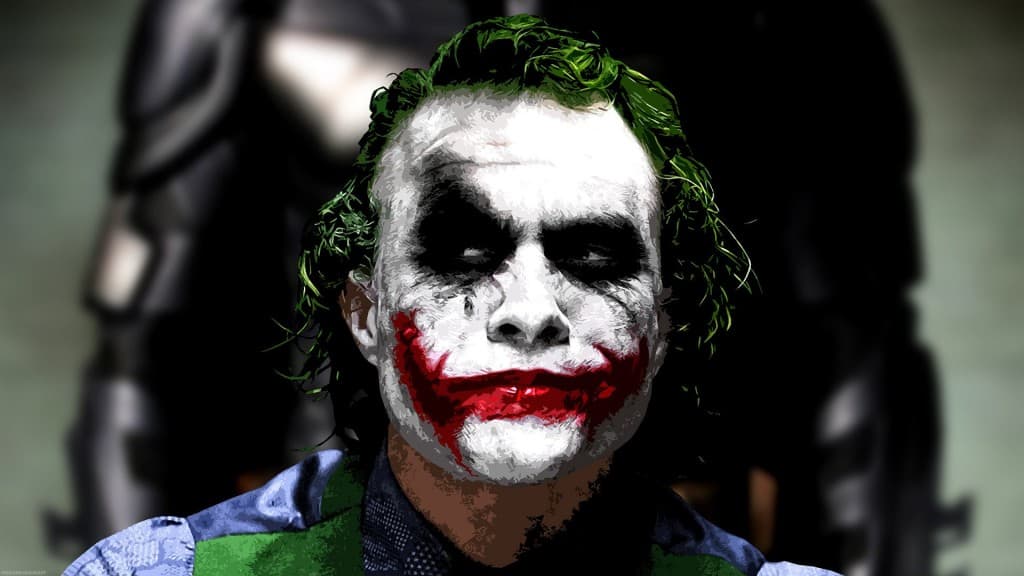 Superhero films were considered a joke for the better part of their existence. ‘The Joker’, played by Heath Ledger, turned this notion around in ‘The Dark Knight’. The actor fully immersed himself into the role, locking himself up in a hotel room for over a month to understand the mind-set of a mad man. We all know what happened to Heath Ledger; some even questioned his level of dedication, calling it unnecessary. The character of ‘The Joker’ though will be forever etched in our memories, thanks to the maddening dedication of the actor behind the white paint and disturbing smile. 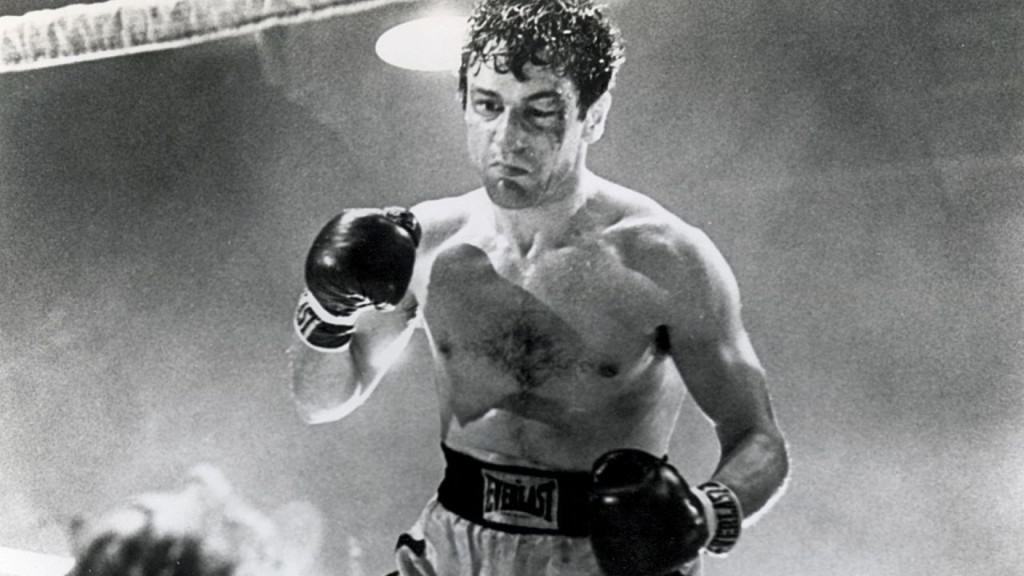 Robert De Niro has played some memorable parts during his illustrious career, but a lot of them required more than just his dedication and skill. He had to undergo a lot of weight fluctuations to fit into many of his roles. For ‘Raging Bull’, De Niro not only had to build the physique of a boxer but also moved to Sicily in order to learn many Sicillian accents. 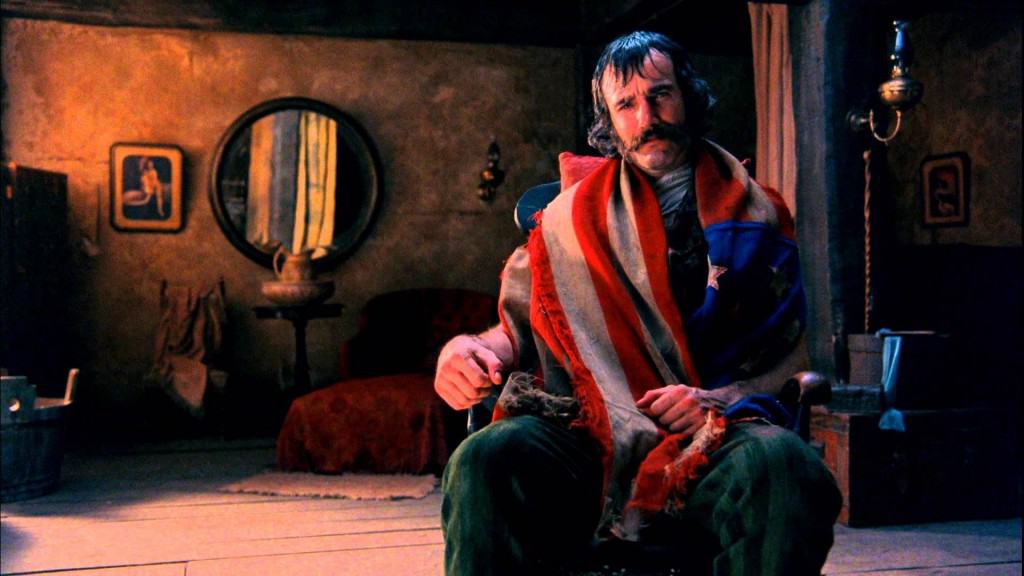 Daniel Day Lewis has been known to be extremely picky with his roles. This is because he is considered one of the best method actors in the world at this point and he truly believes in diving head first into any part he undertakes. During his stint as Honest Abe, Daniel Day would never break from character and is known to have even signed off on text messages with just an ‘A’. 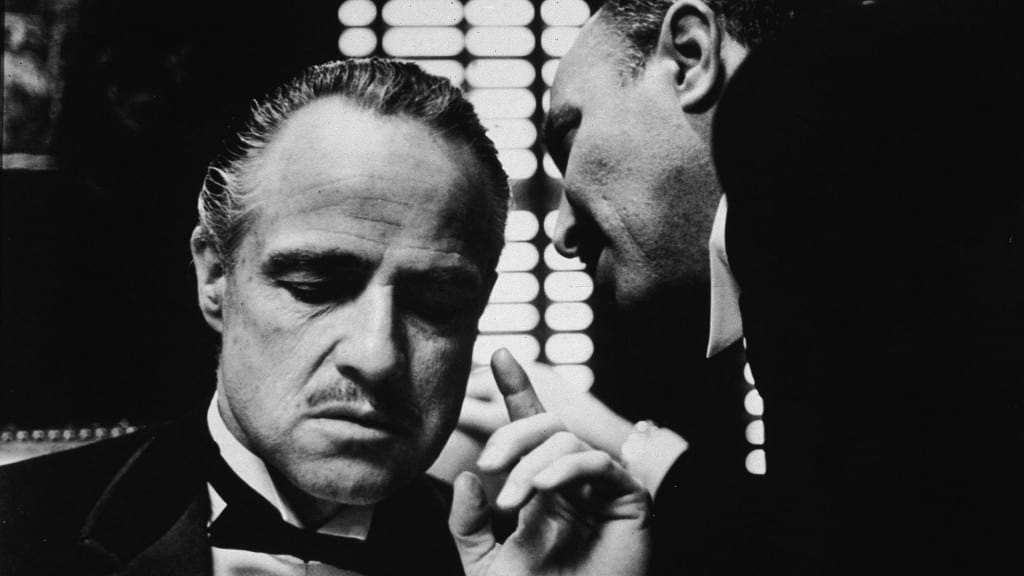 Marlon Brando has won numerous awards during his lifetime but according to those closest to him, none of these awards came easy. He was known to be the kind of actor that believed in high quality research before embarking on the journey of portraying a character. For his role as a paraplegic veteran in the 50’s classic, ‘The Men’, Marlon Brando confined himself to a bed for an entire month at a Army hospital in Birmingham. 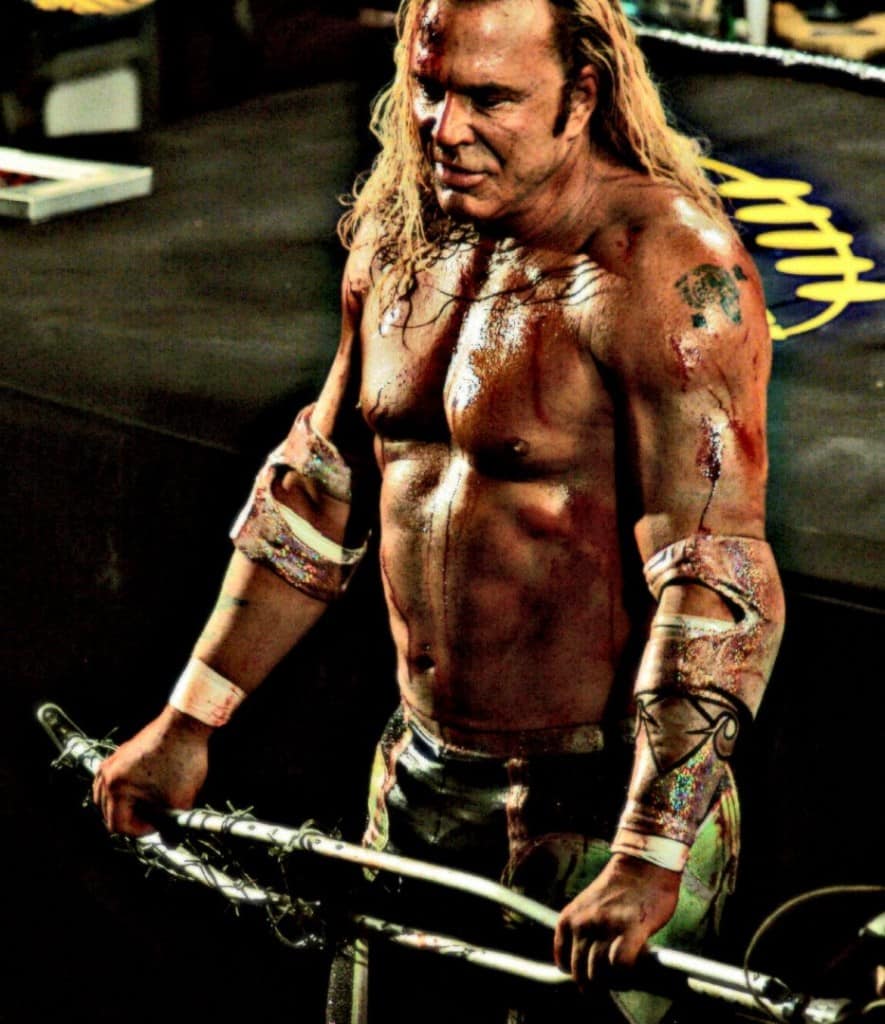 Drawing from personal experiences can be one of the greatest strengths for method actors. Mickey Rourke was a front-liner during the 80’s and 90’s but his leading roles began to dry up after that. Playing the part of a former wrestling champion trying to reclaim his glory days in ‘The Wrestler’ became a direct reflection of Rourke’s career as well. The similarities were hard to miss but his performance was electrifying. 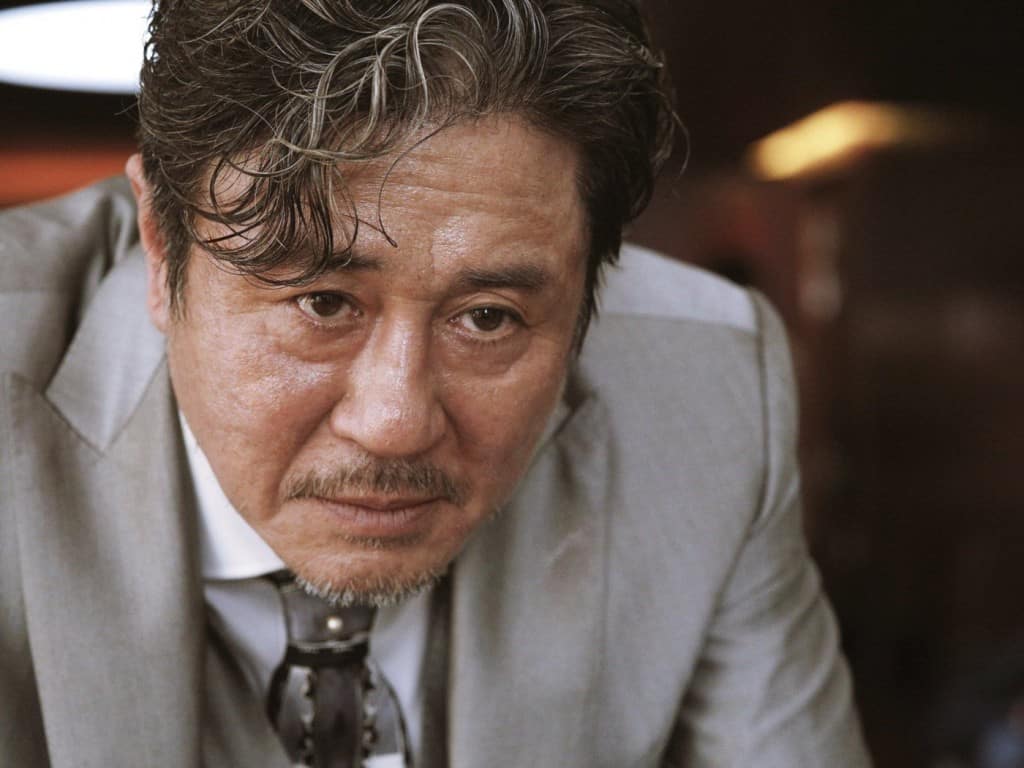 This Korean legend has made his mark around the world with his grit and talent. He is known to have no qualms in performing the necessary deed to make his character more believable. In ‘Old Boy’, not only did Choi brand himself with a hot wire to imitate the action of tattooing himself, but he also ate a live octopus purely because the scene demanded it. 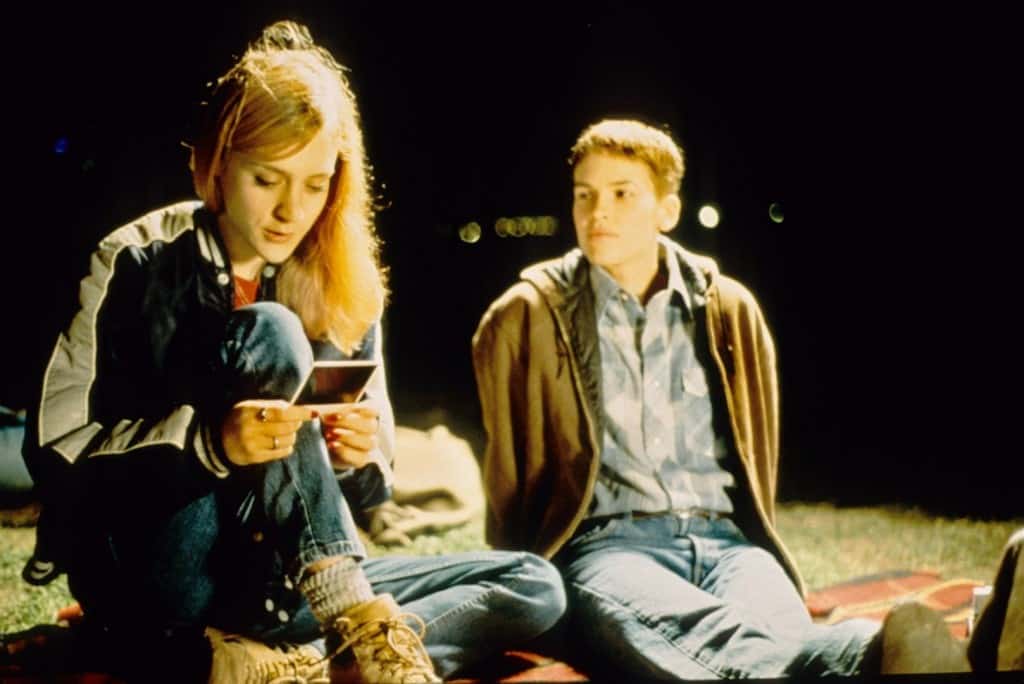 Hilary Swank has played some tough roles during the course of her career. This critically acclaimed actress has been known to take an unconventional path in order to secure the roles that she fancies. In order to land her part in ‘Boys Don’t Cry’, Hilary tried to audition anonymously, relying purely on her acting chops to land the part. After she was cast in the role, she spent a month living as Brandon Teena in order to fully understand the headspace of the controversial personality. 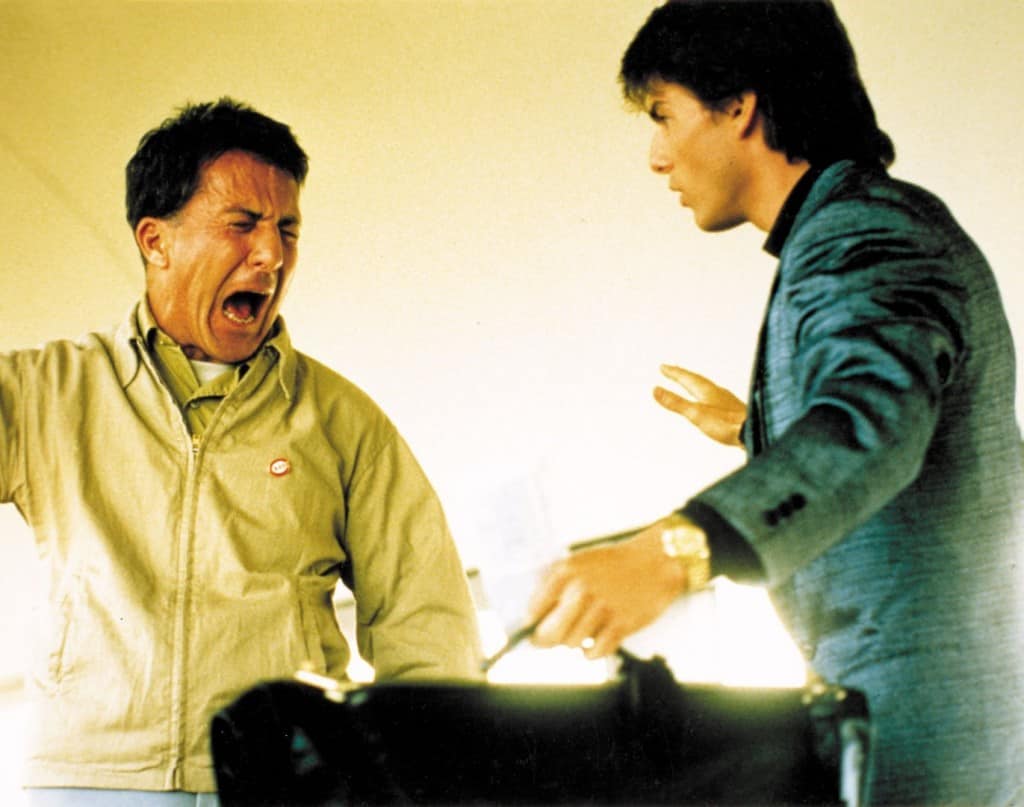 Dustin Hoffman has played some truly unique and intriguing roles. His preparation for ‘Marathon Man’ involved him starving himself and relying on sleep deprivation in order to better portray a character who was undergoing physical and psychological deterioration. 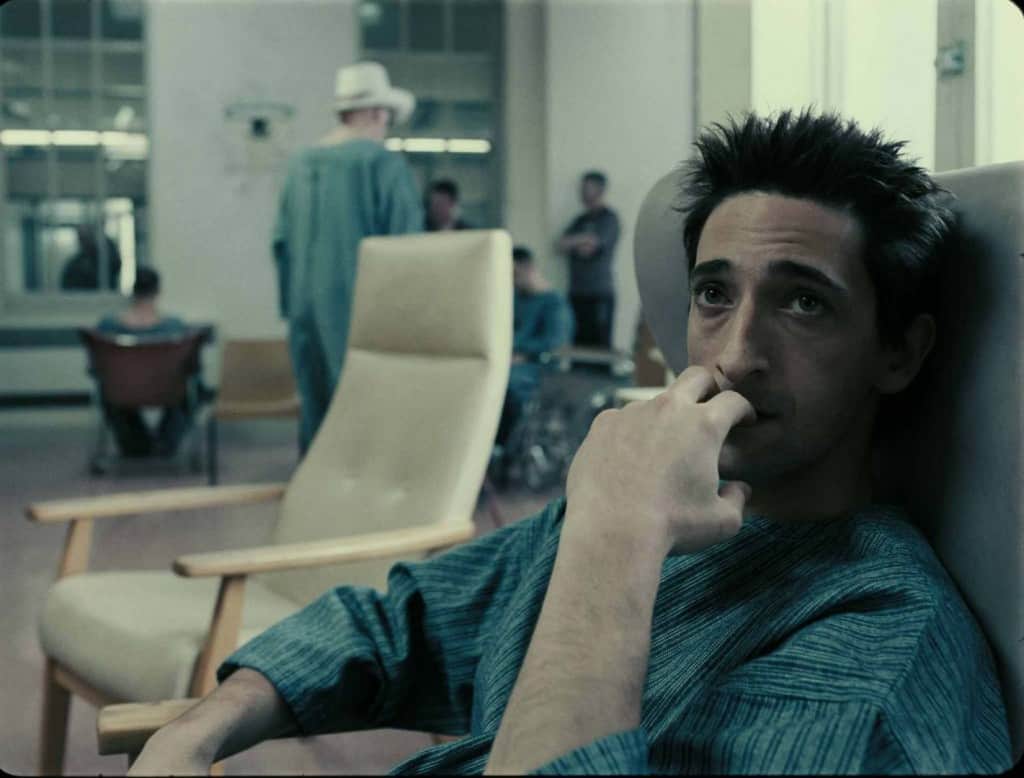 Adrian Brody became the only actor to win the Academy Award for ‘Best Actor’ under the age of 30 because of his role in ‘The Pianist’. He prepared for this role by receding from society and living on his own while losing nearly 30 pounds. He also underwent intense preparations for ‘The Jacket’ where he spent many hours experimenting in an isolated chamber and even subject himself to a straightjacket while the camera set-up was in progress. 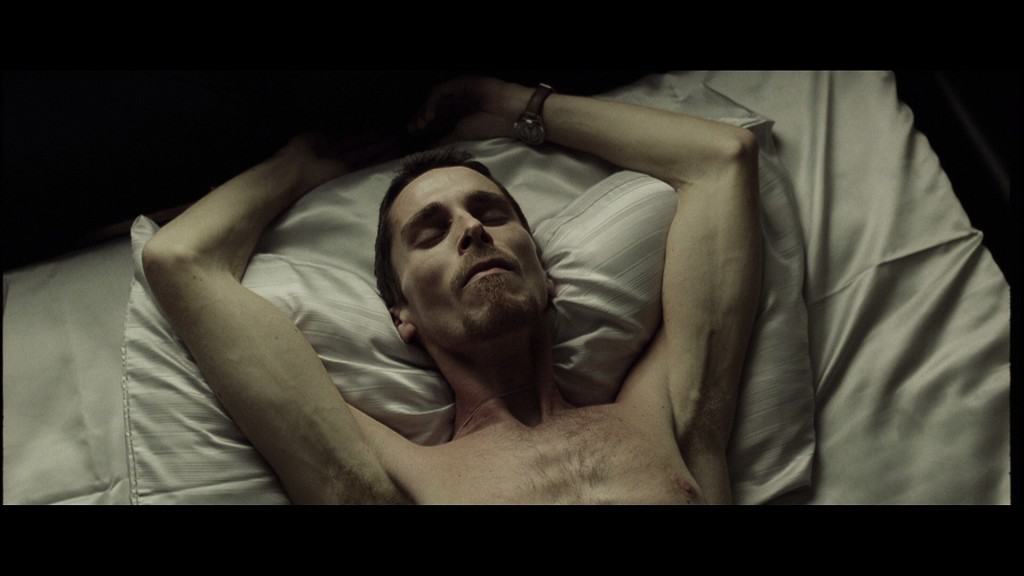 Playing Batman would have been a physically demanding role for any actor, but for Christian Bale, it figures fairly low on his list of body morphs. He lost 63 pounds for ‘The Machinist’ and a lot of weight for ‘The Fighter’ as well. He also spent hours listening to recorded tapes of his character in order to capture his Boston accent and quirky mechanisms. 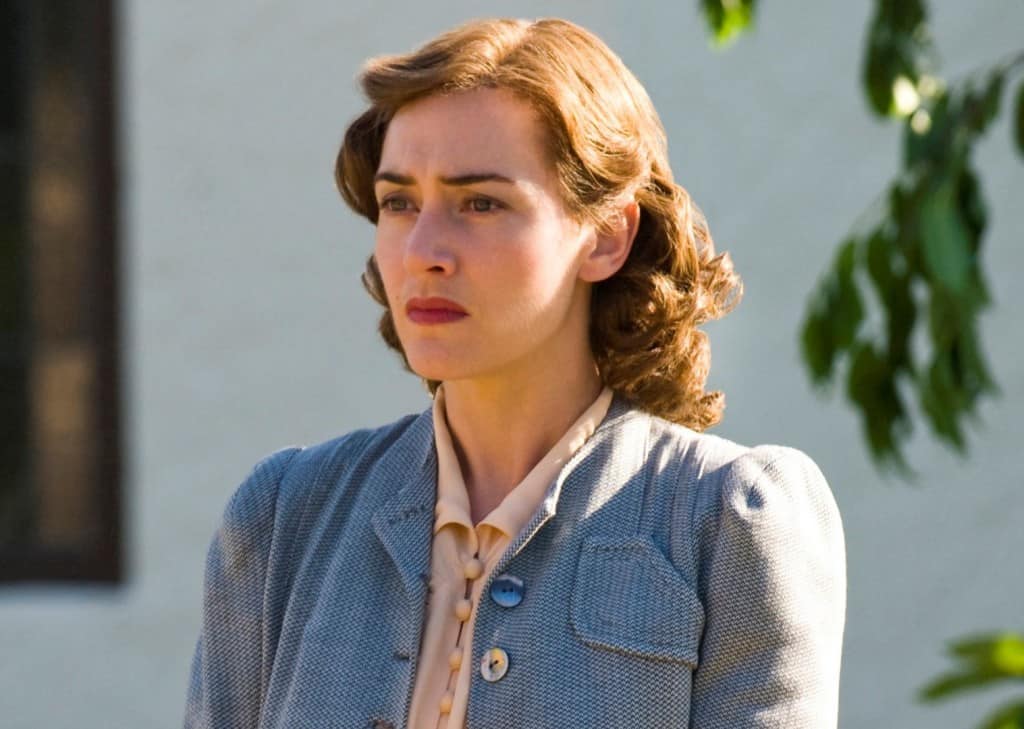 Sometimes breaking character can be as difficult an ordeal as getting into character itself. Kate Winslet openly spoke about this issue after her stint portraying a guard at a Nazi concentration camp in ‘The Reader’. 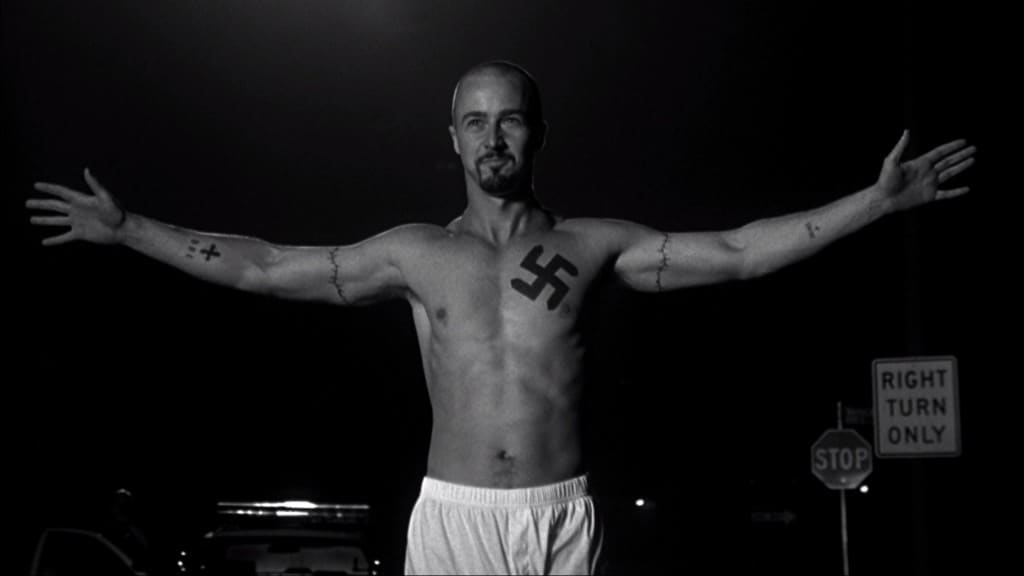 Edward Norton’s eccentricities have become so famous that they have been immortalized in pop culture thanks to his role in the Oscar winning ‘Birdman’. He has been known to take to method acting in order to accurately deliver a believable character. His role in ‘American History X’ is one of the best examples of an amazing performance derived from method acting. 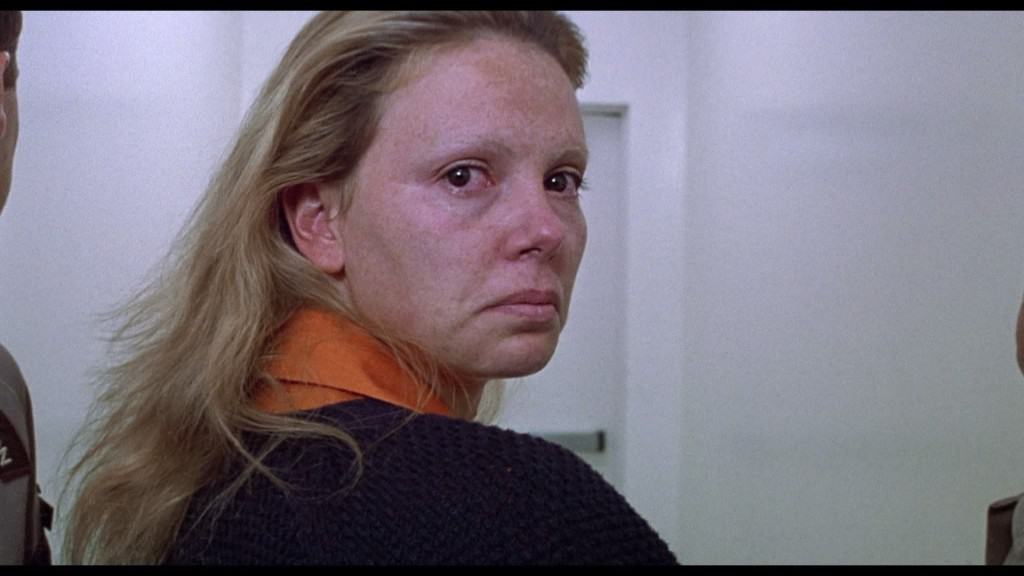 It is unfortunate that more films do not rely on female leads to drive home an audience. We have witnessed numerous compelling performances when the spotlight shifts to the fairer sex. Charlize Theron shed her image as one of the most beautiful woman in the world to play a maniac serial killer in ‘Monster’. She put on 30 pounds and filmed the entire film using a set of false teeth and extensive make-up to complete her look. Her delivery as the psychotic man-eater was truly commendable and it earned her the Oscar for ‘Best Actress’ that year as well. 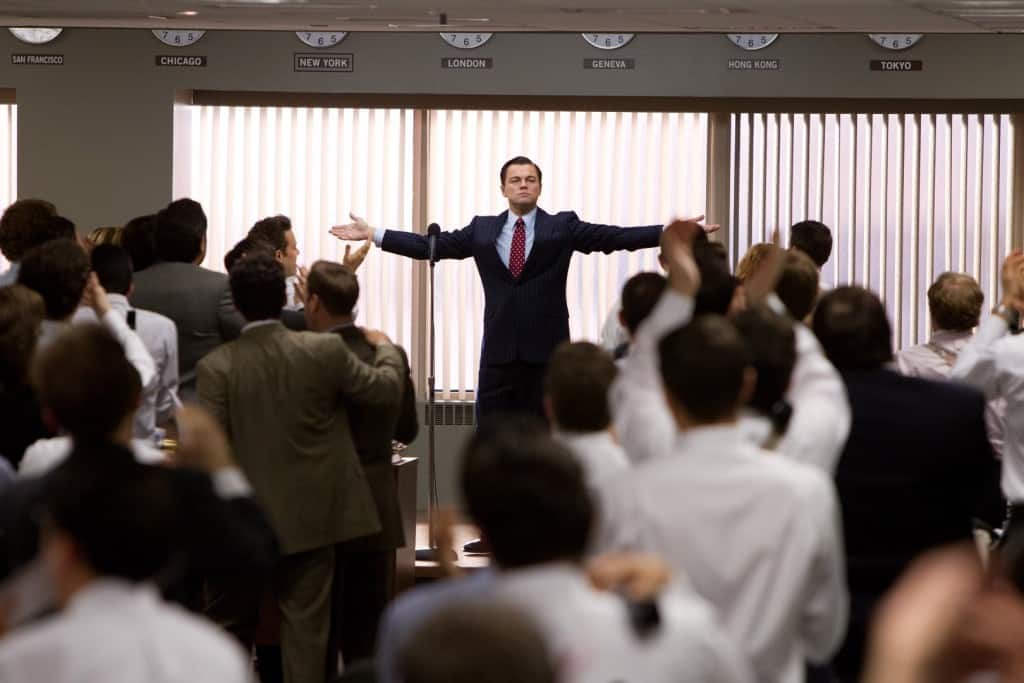 He is arguably the best actor of his generation and he achieved this by taking on deeply challenging and demanding roles. Leonardo Dicaprio has played many memorable roles, all the while changing his accent, facial hair and personality. Even his work as a supporting actor cannot go unnoticed as evidenced by his role in ‘Django Unchained’. During the filming of the dinner scene in the movie, he famously continued to stay in character and deliver his dialogue even after his hand began to bleed after he slammed it against a table in anger. 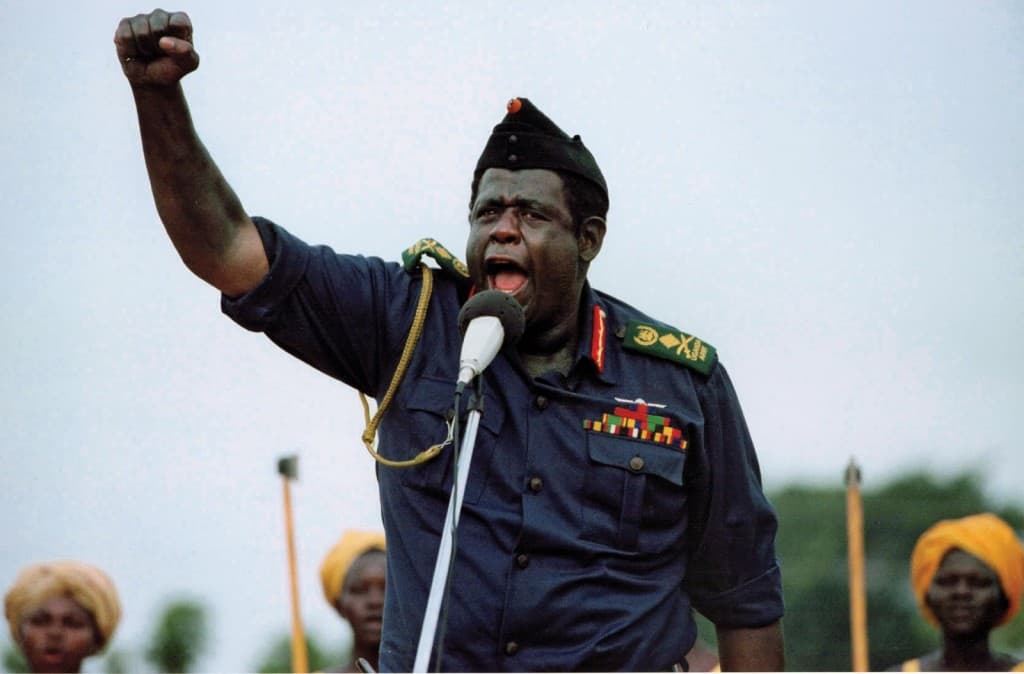 Acting is a highly competitive and demanding profession. If you are not considered remarkably talented, you are not even given a second glance in the industry. Sustaining fame is as tricky as earning it as well. Forest Whitaker was at a crossroads in his career during the making of ‘The Last King of Scotland’ which is why he decided to dive deep into the role in order to accurately portray the behavior of a cannibal dictator. His family apparently didn’t stay with him prior to the filming as he spent an entire month staying in the mind-set of the dictator. 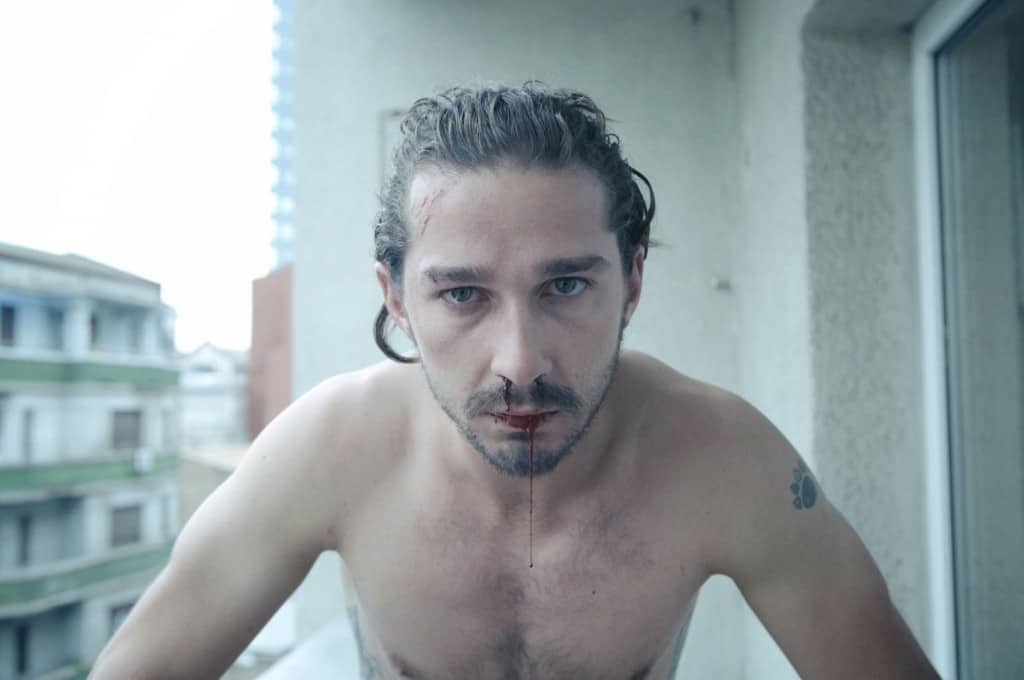 Shia Labeouf has been trying really hard to be different in the past few years. His art exhibit and plagiarism charges have constantly kept him in the public eye. He decided to add greater realism to his role in ‘Nymphomaniac’ by actually having sex with his co-star Mia Goth and even dropping acid to fully understand his character’s mind-set. 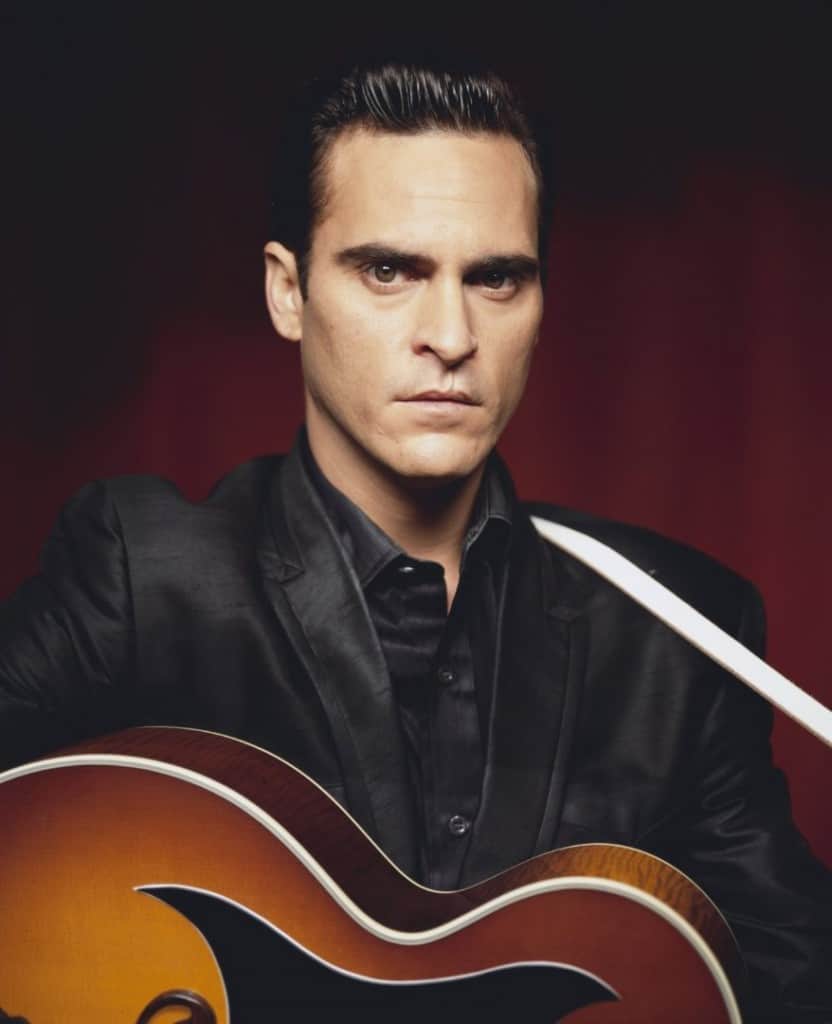 Another actor who has been known to accept challenging and off-beat roles, Joaquin Phoenix admitted to getting too attached with his characters during the making of a film. He learnt to sing and play the guitar in order to portray Johnny Cash in ‘Walk The Line’, but he also asked everyone on the set to refer to him as JR which was Cash’s real name. 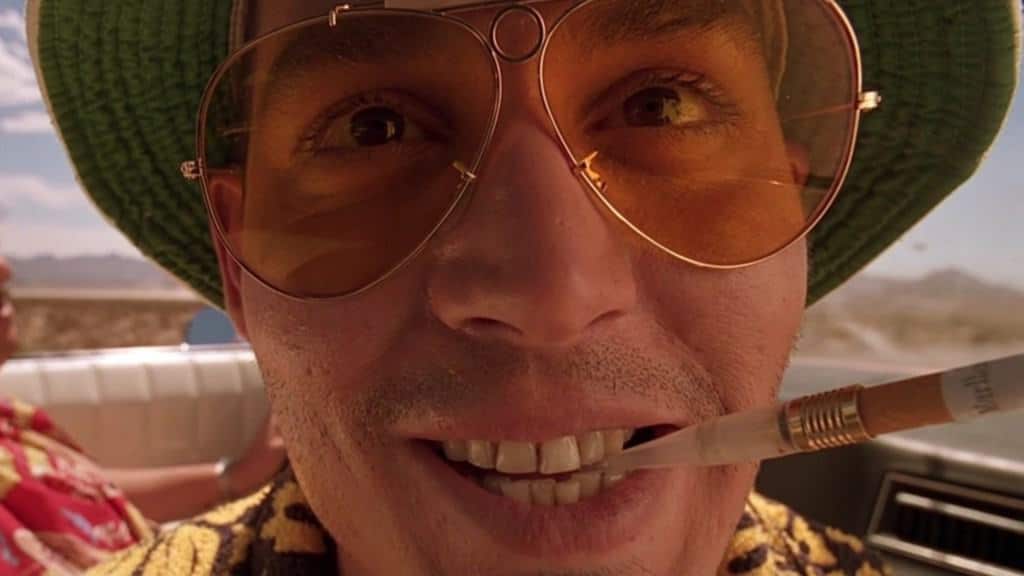 Johnny Depp has had a whirlwind career so far where he has seen dizzying heights and is now wrestling new lows. He has not delivered on a critically-acclaimed hit in a while now, but during the 90’s, churning out those kind of films used to be his forte. His iconic role in ‘Fear And Loathing In Las Vegas’ was a result of intense character research where Depp reportedly spent hours understanding the psyche of his drug-infused character. 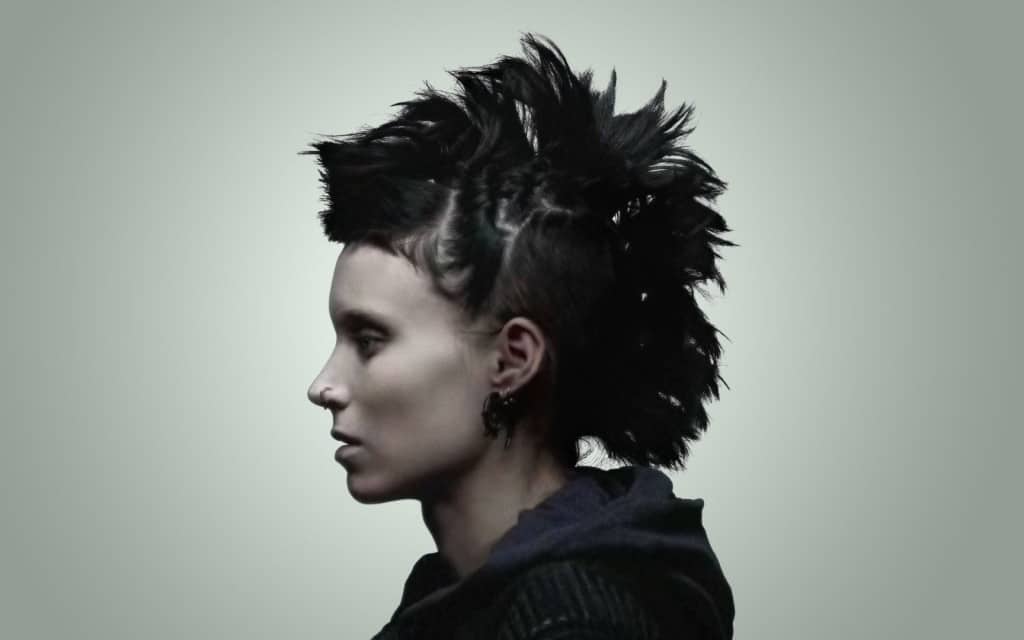 Sometimes a character can be so complex or unique that an actor is forced to resort to extreme measures in order to fully do justice to the role. Rooney Mara had to undergo a complete make-over in order to fit into the titular character in ‘The Girl With A Dragon Tattoo’. This included cutting her hair, dying it, bleaching her eyebrows and even piercing her nipples in order to capture the unique personal traits of her character. 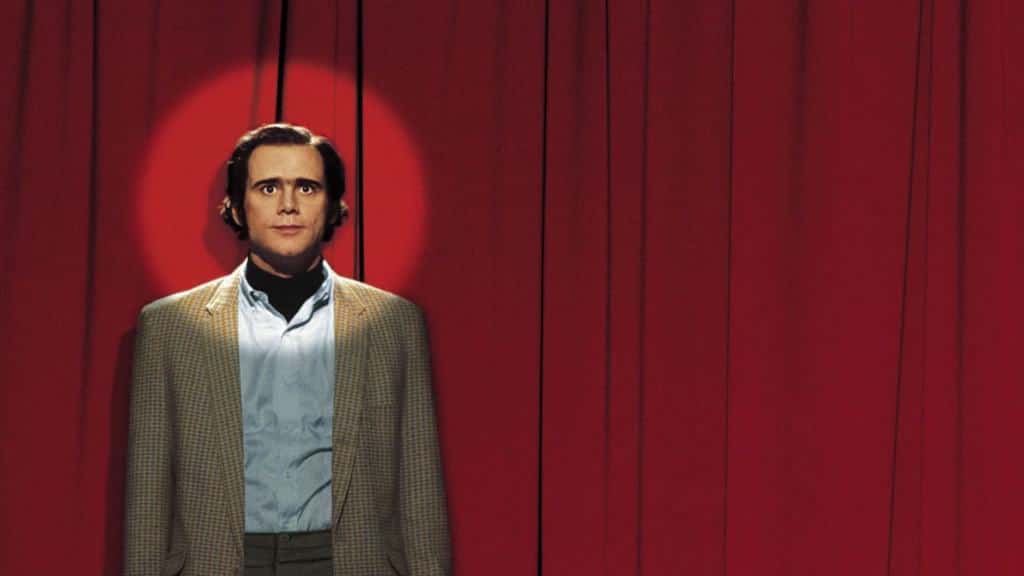 Jim Carrey absolutely nailed his performance as legendary comedian Andy Kaufman. Apparently the actor never broke from character for a long duration, with over 200 hours of footage captured by the crew of Carrey playing Kaufman in real life. This included Carrey playing hijinks and pranking numerous people on the streets and even doing a number on Danny DeVito.