Facebook has over a billion users, and allows you to share photos and articles with everyone you know. This is a testament to the power of the internet and free speech has, up to this point, more or less reigned on the internet. Unfortunately, with free speech, comes some really stupid reactions to fake articles. We trolled Facebook for the top 20, all based on the satirical newspaper “The Onion” and we really hope that the individuals, whose names are not shown, reflect on their lives and think a little harder before they post something publicly. So, without further ado, here are the 20 best article fails on Facebook. 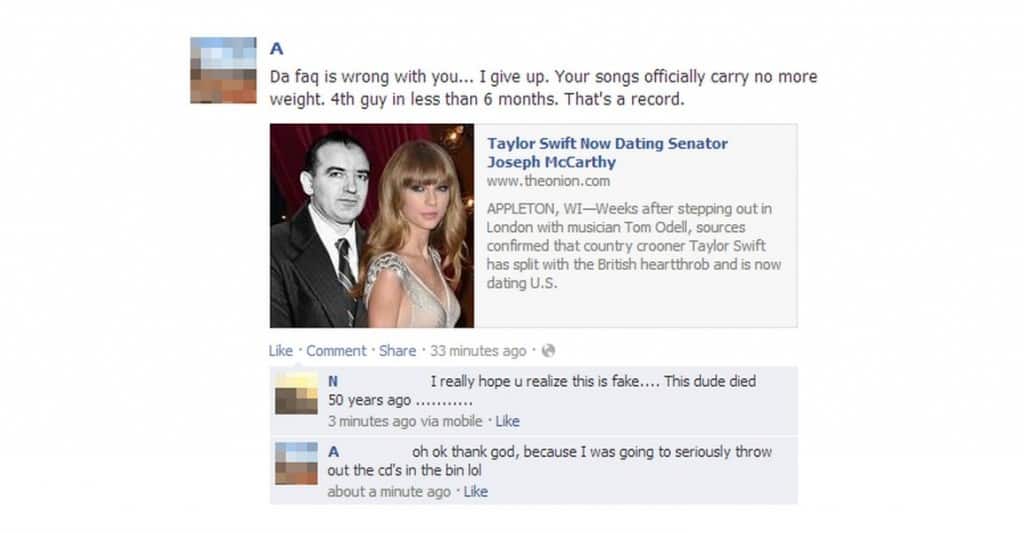 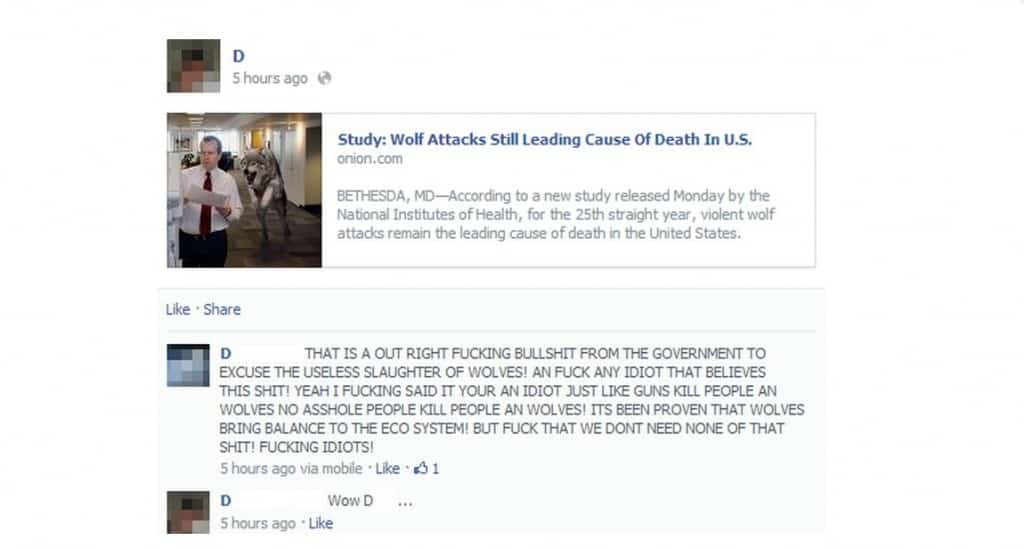 Of course the obvious conclusion from this “study” is that it’s a government conspiracy!

18. Did You Know That There’s Dance Moves To The National Anthem? 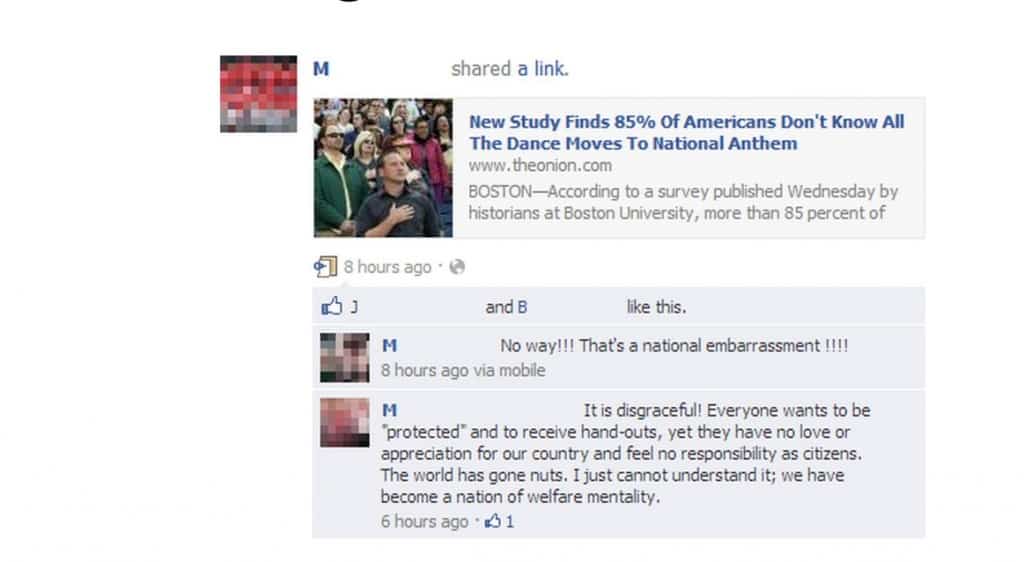 We bet not, and it’s a shame. Why do you hate America? 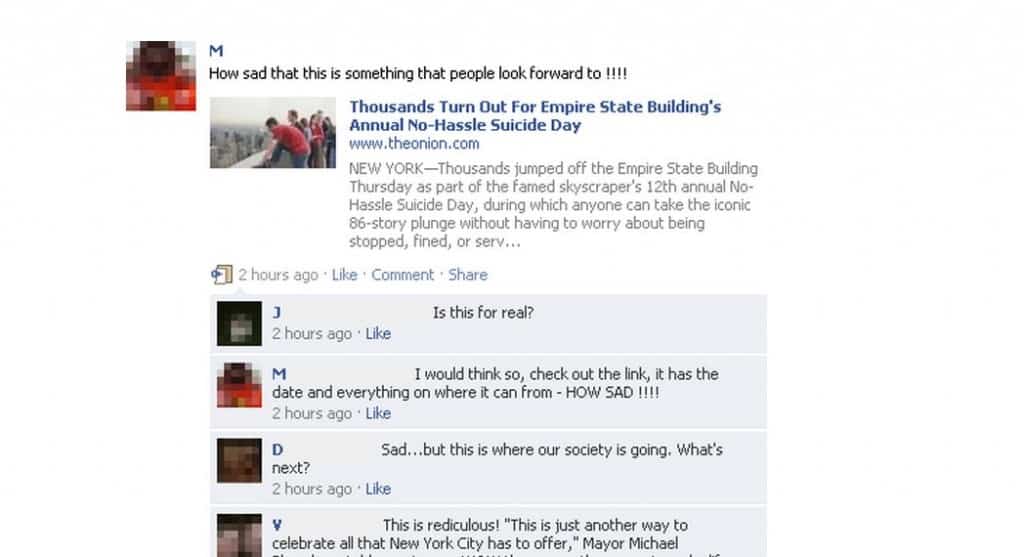 Is life too much? Don’t see a way out? Then head on over to the Empire State Building for a no hassle way to kill yourself!

16. A Parrot For Every American 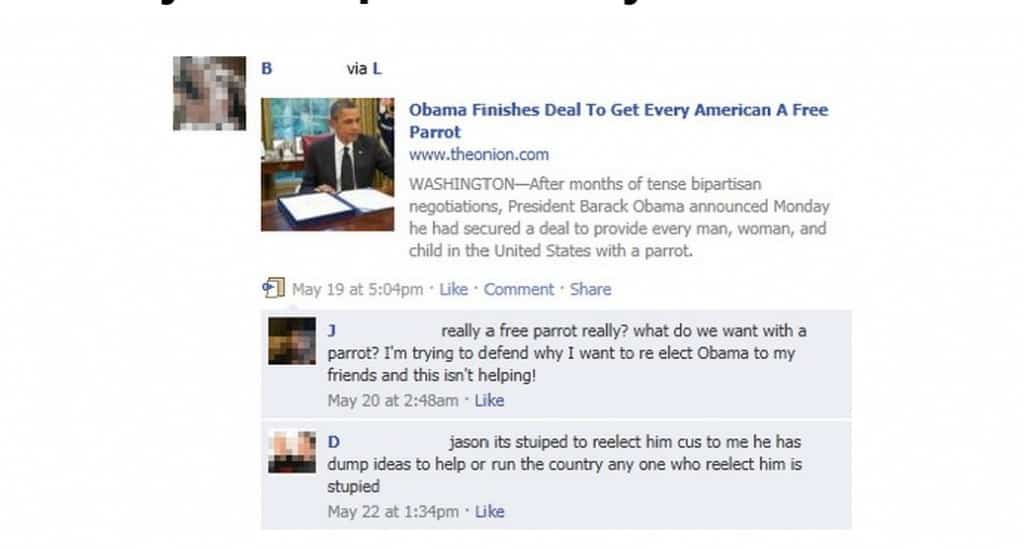 How can anyone have possibly taken this seriously? 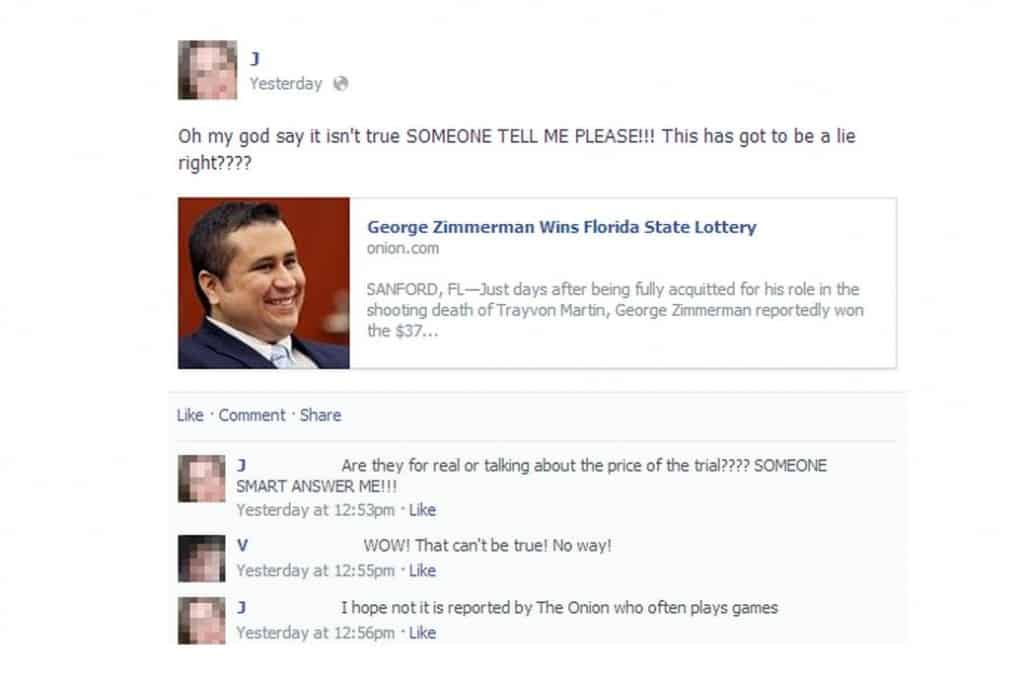 This isn’t as obviously insane as some of the other things on this list, but the odds of it happening are really really low. 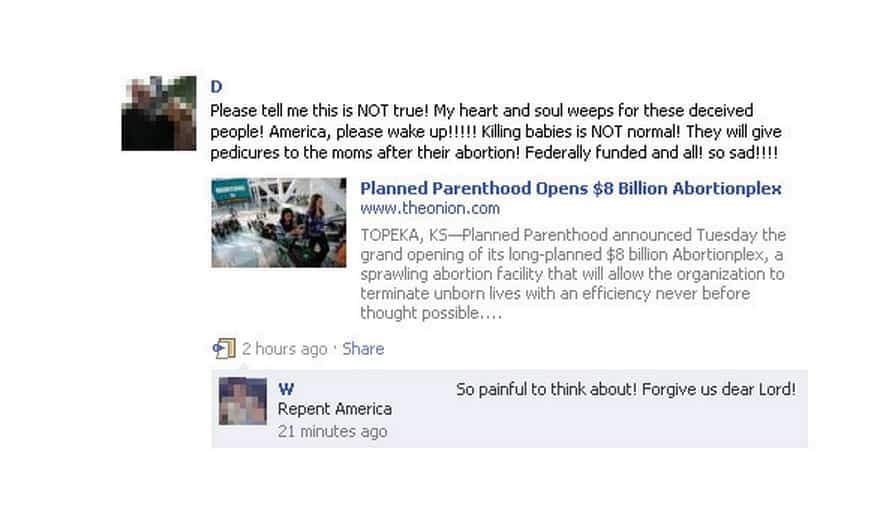 Need we say more? Whoever “W” is needs to figure out how they got duped by this one… 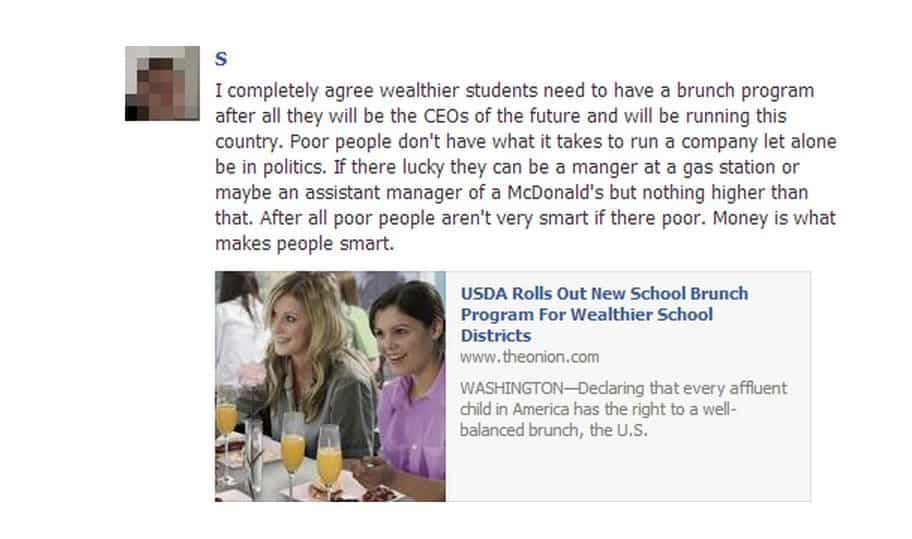 They are the future leaders of our country, after all. 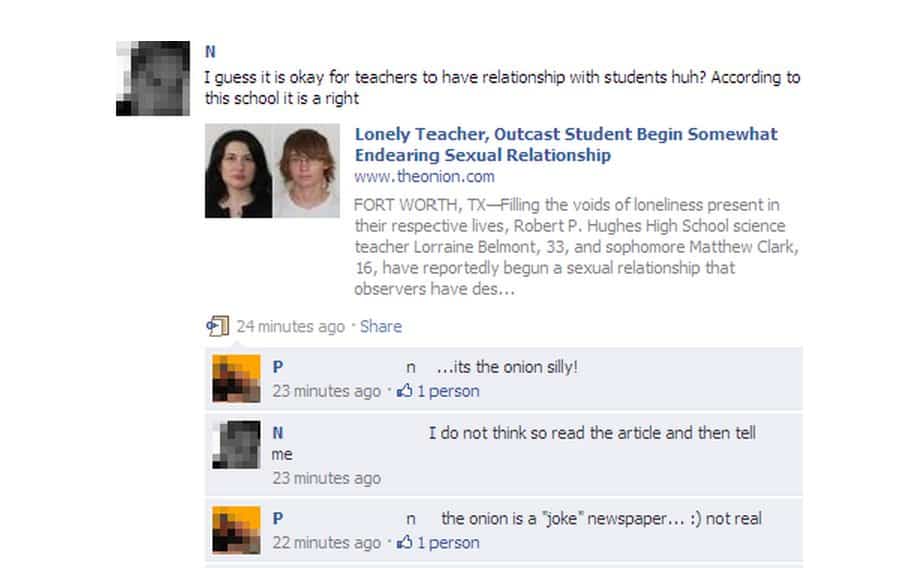 Whoever posted this needs to not only figure out what “The Onion” is, they need to reflect on their beliefs regarding appropriate student-teacher relationships. 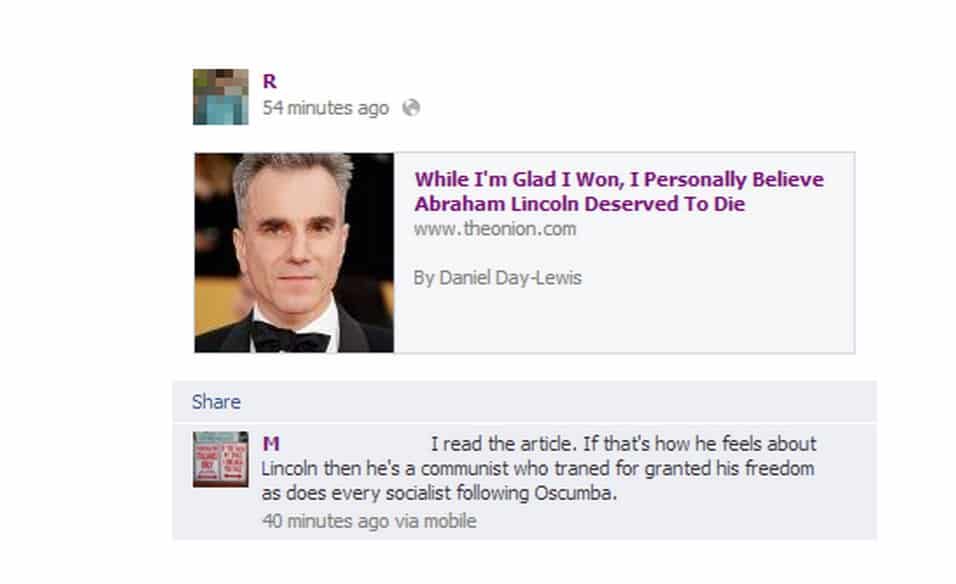 “M” definitely needs to relax and reflect on the plausibility of Daniel Day Lewis being a Lincoln-hating communist. 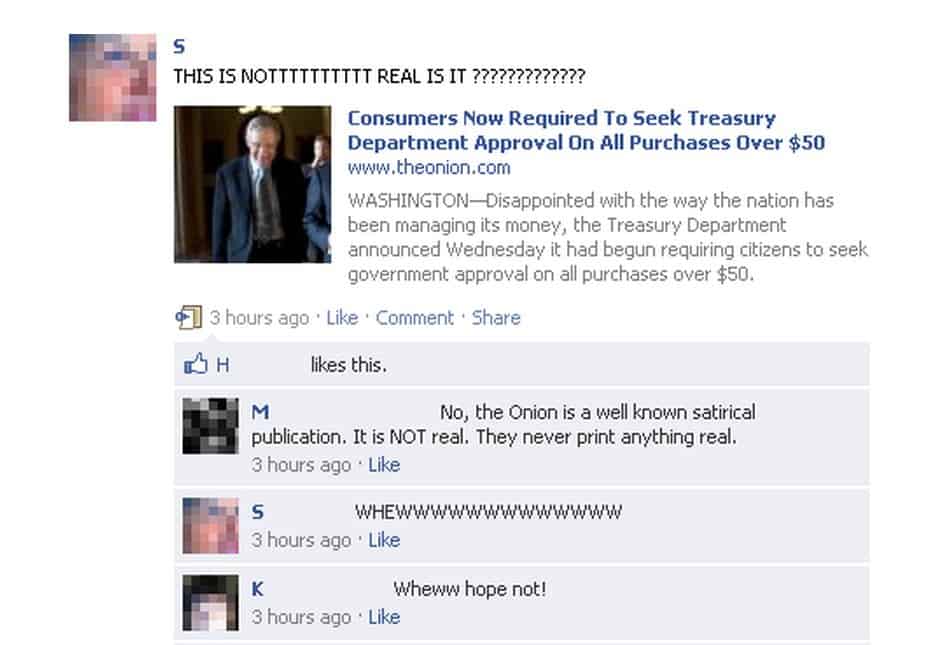 No “S”, this isn’t real. Although we hear that the government is preparing a fleet of spy drones to keep a close eye on you. 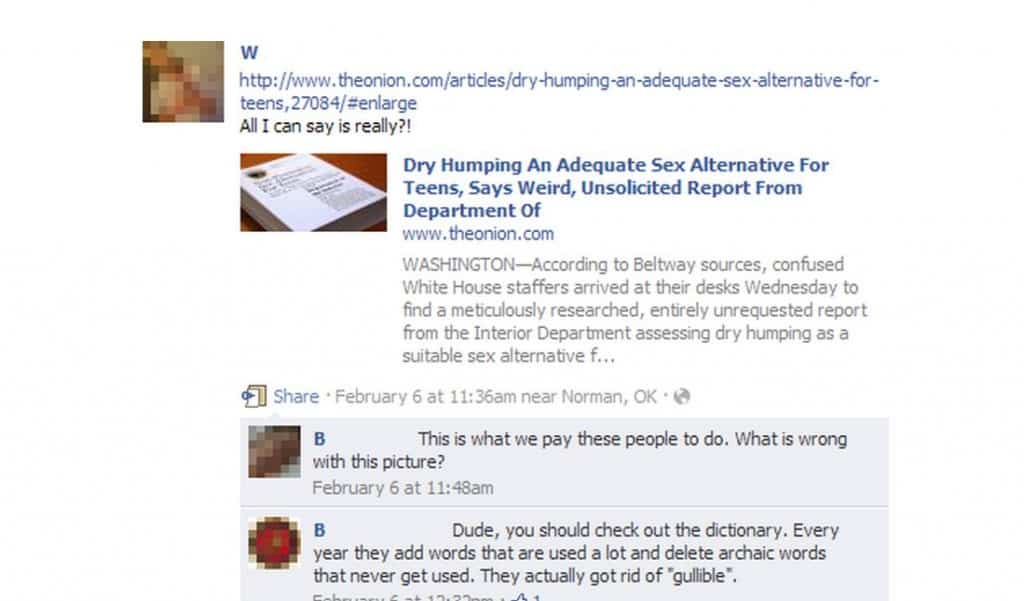 Our tax dollars at work! Yes that’s right, we are now studying the viability of “dry humping” as a sex alternative.

8. Paul Ryan Sure Is Scary 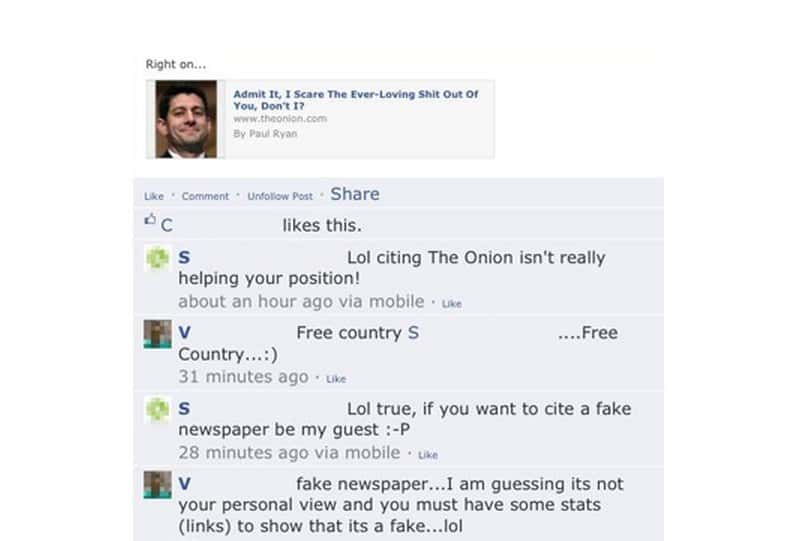 This one could actually be true, but still. Why would anyone stick their neck out and post it? 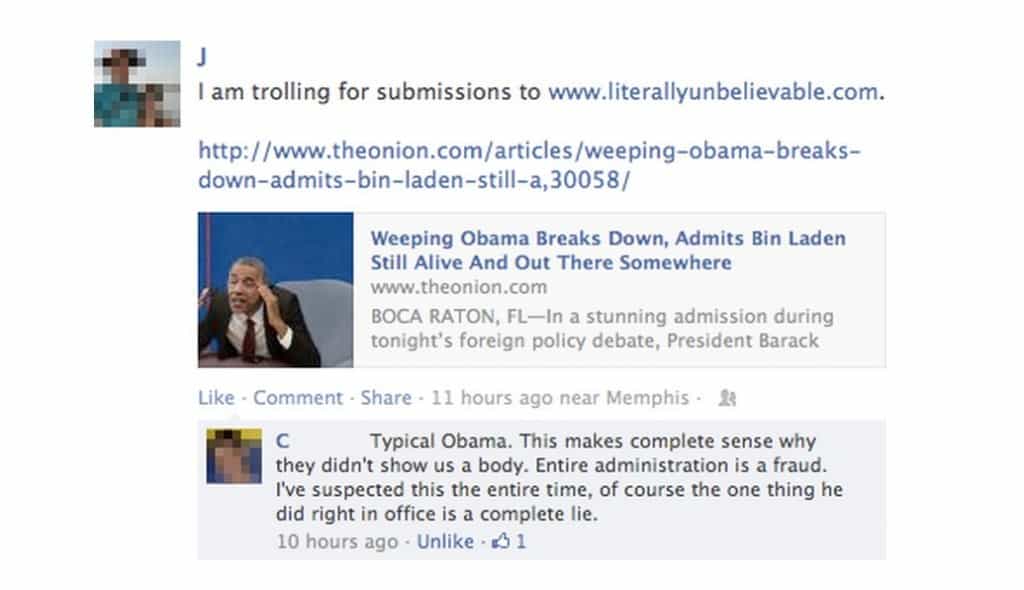 That’s right America, we didn’t actually get Bin Laden. Also, we faked the moon landing and the American Revolution so we’re a part of England still. 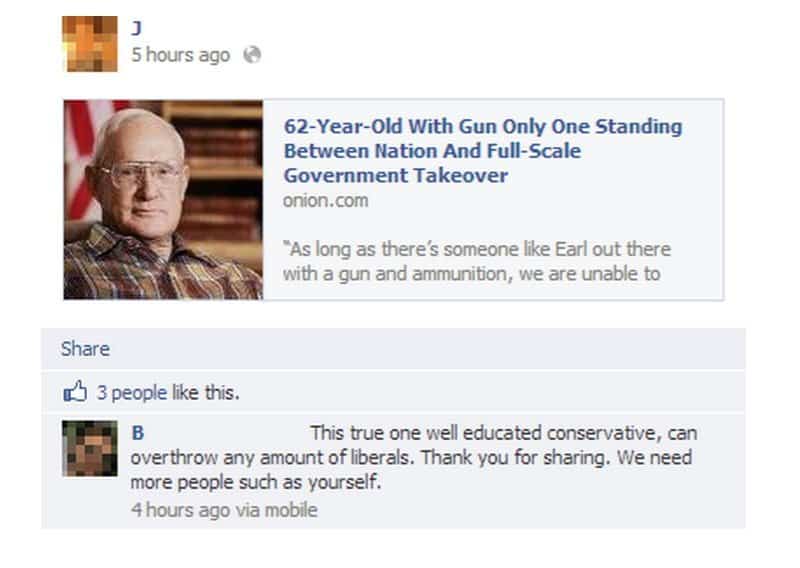 We’re glad “B” is a patriotic, God fearing American who is supporting this lone centurion standing between us and liberal oblivion.

5. There’s A Massive Star At The Center Of Our Solar System Causing This Heat Wave 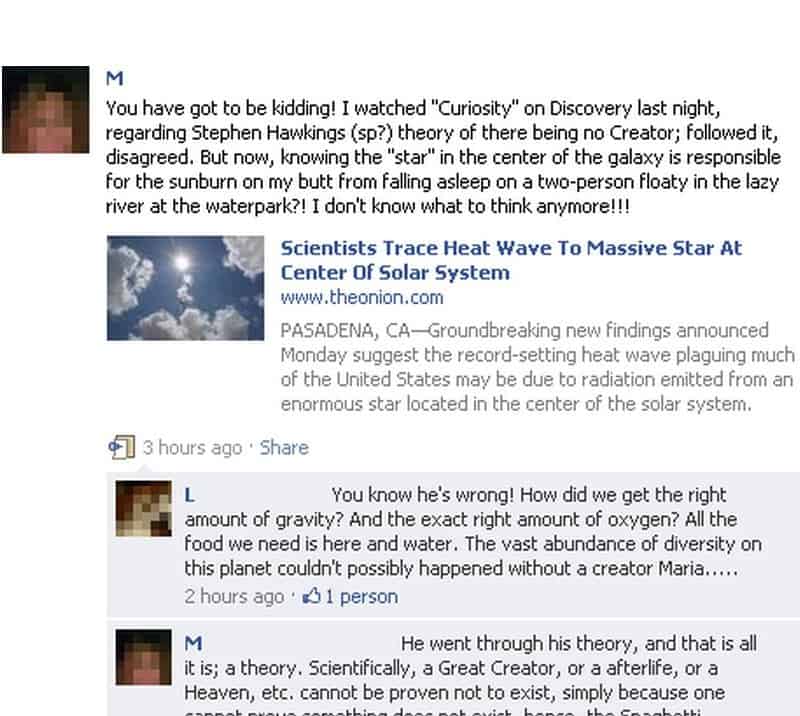 At least the person posting this is thinking critically about their beliefs. Critical thinking is, after all, very important. 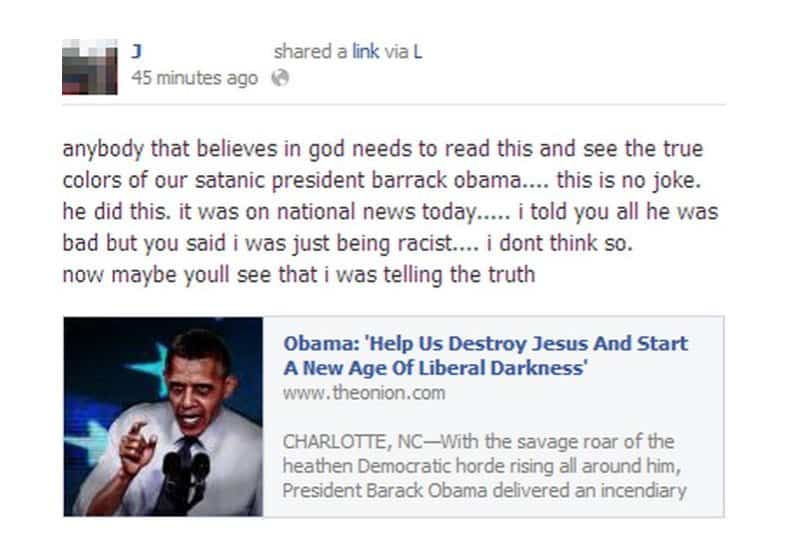 That’s right, we elected an atheist, God-hating, socialist as President of the United States. Also, he hates cookies and milk, so there’s that. 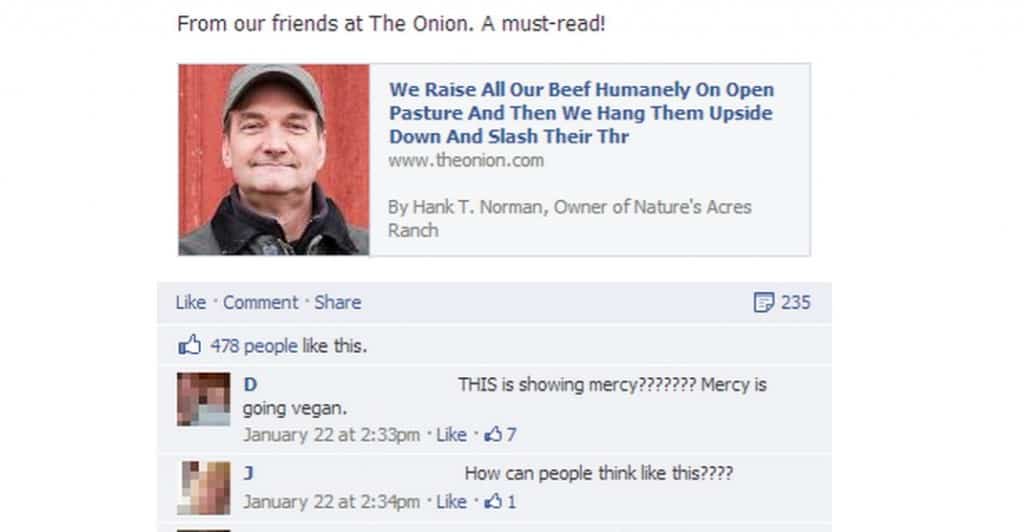 Just relax, this isn’t real “D”. We have another article for you that details the cruelty inflicted on carrots by farmers, if you’re interested, though. 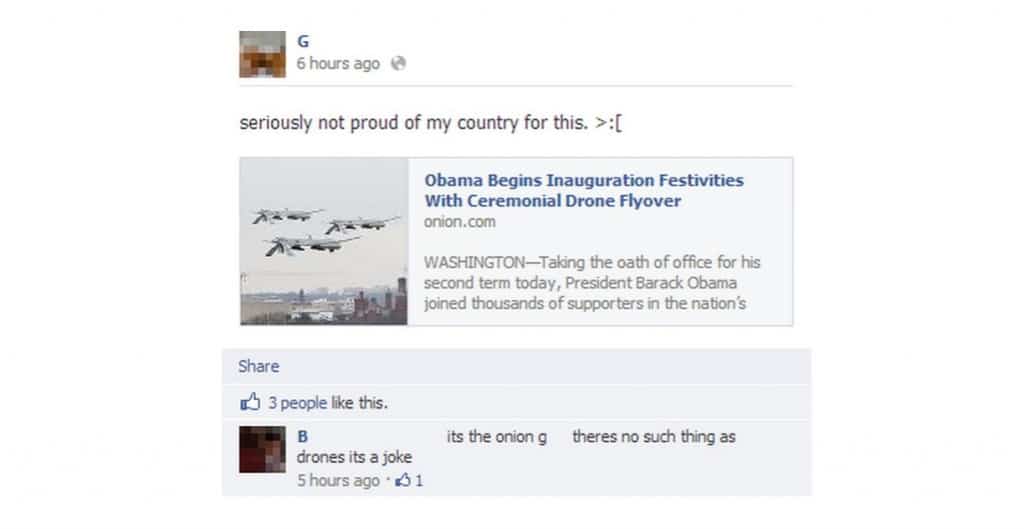 Big brother is coming and he’s going to control all of your life. So watch out because the drones are coming! 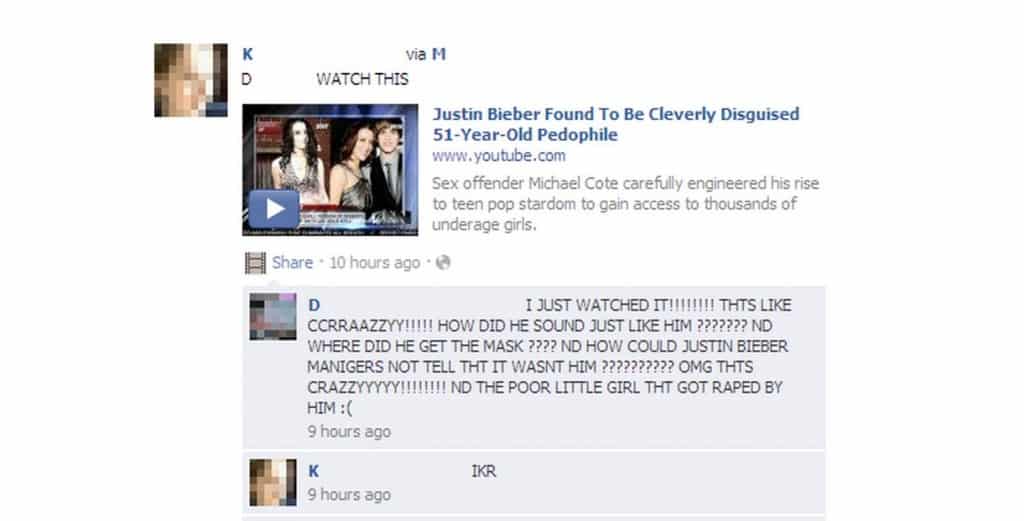 This one isn’t true, but we sure wish it was! We’re not sure how anyone could fall for this but then there you have it.