You have to admit that you have watched a movie or TV show and thought one or more of the stars were so hot. That’s because there are a bunch of Hollywood hunks out there and they have made quite a career for themselves. From music videos to blockbuster movies, they get us all hot and bothered, but did you know that a lot of them are under 30 years old? Check out this list of the 20 hottest male celebrities under 30! 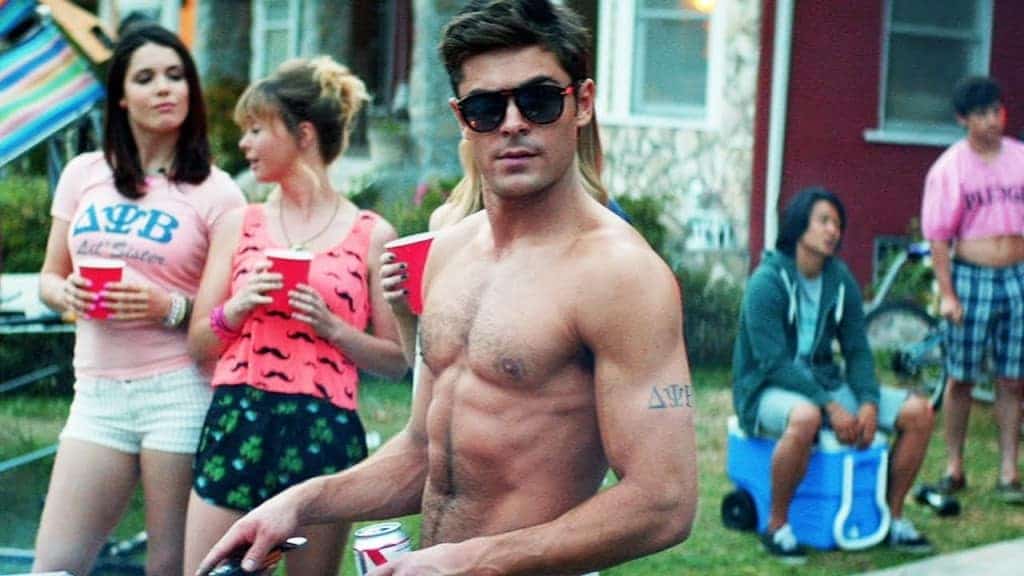 It’s hard to believe that Zac Efron is 27 years old, as it seems like he was such a baby starring in High School Musical. He is all grown up now and has a body that makes everyone drool. 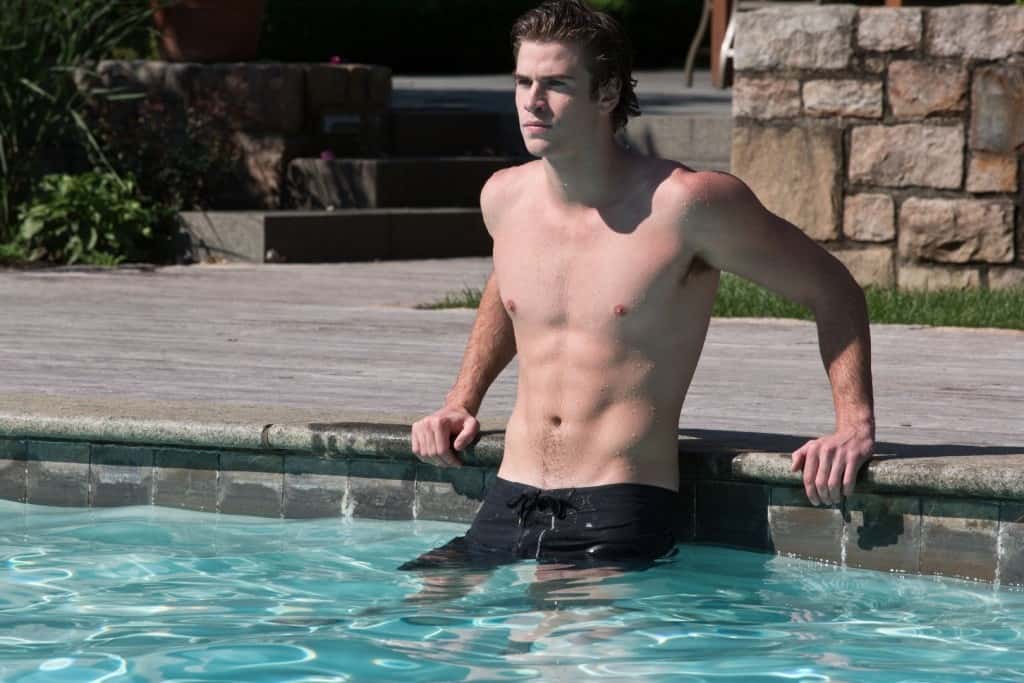 We can see why Katniss Everdeen is so torn on The Hunger Games, as Liam Hemsworth makes a sexy case for Gale Hawthorne. He is 25 years old and those Hemsworth brothers are very easy on the eyes. 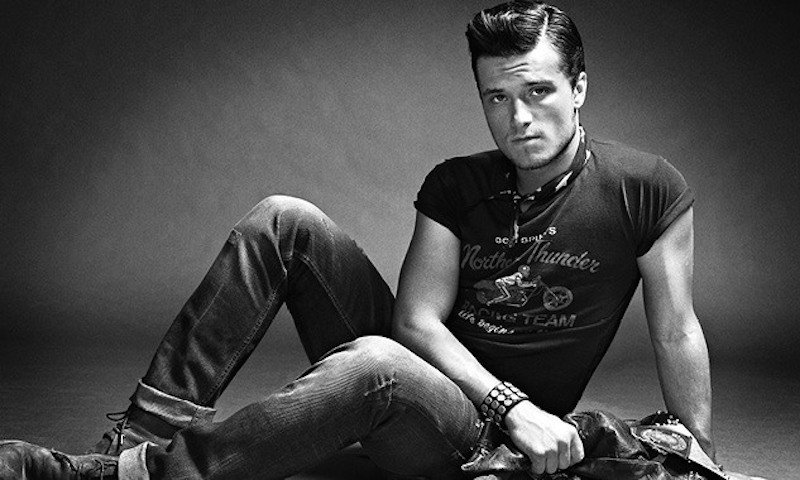 On the other side of things we have Peeta Mellark on The Hunger Games. Josh Hutcherson is 22 years old and we don’t know how they made him look so rough at the end of the last Hunger Games movie, as he is one sexy man! 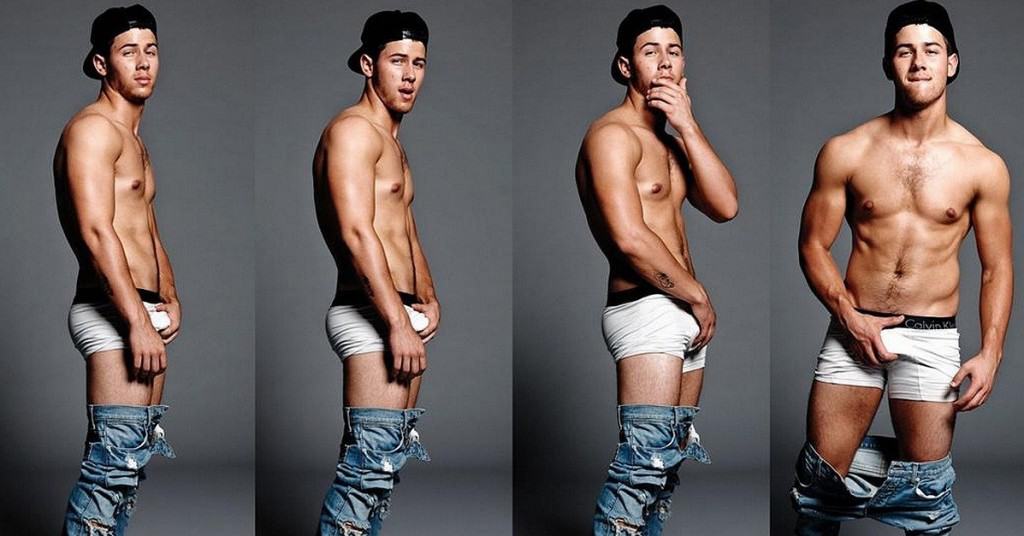 Who would have thought that the Jonas Brothers would have turned out so hot, but it did work for the youngest member Nick Jonas. He is all grown up now at 22 years old and he has a rock-hard body that he loves to show off. 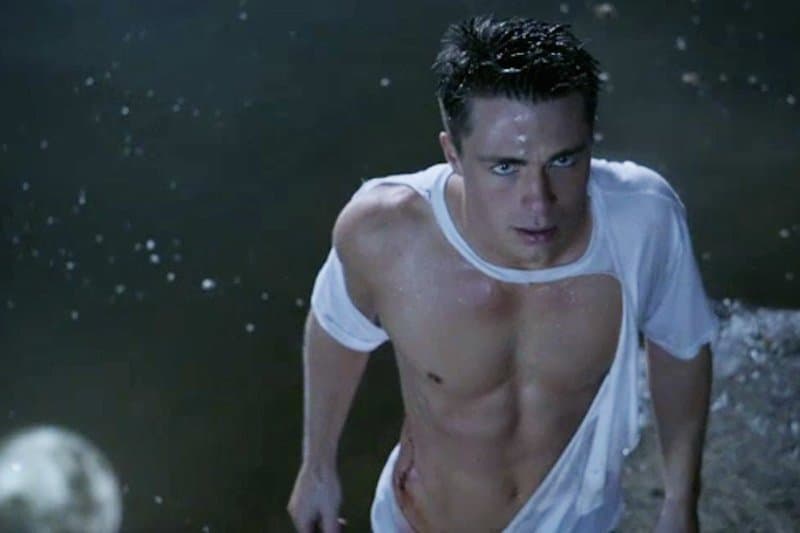 If you aren’t familiar with Colton Haynes, then you should be. The 26-year-old started out as a model and worked with Abercrombie & Fitch, but he has moved on to acting and starred in Teen Wolf on MTV and currently on Arrow on The CW. His body and face never disappoint! 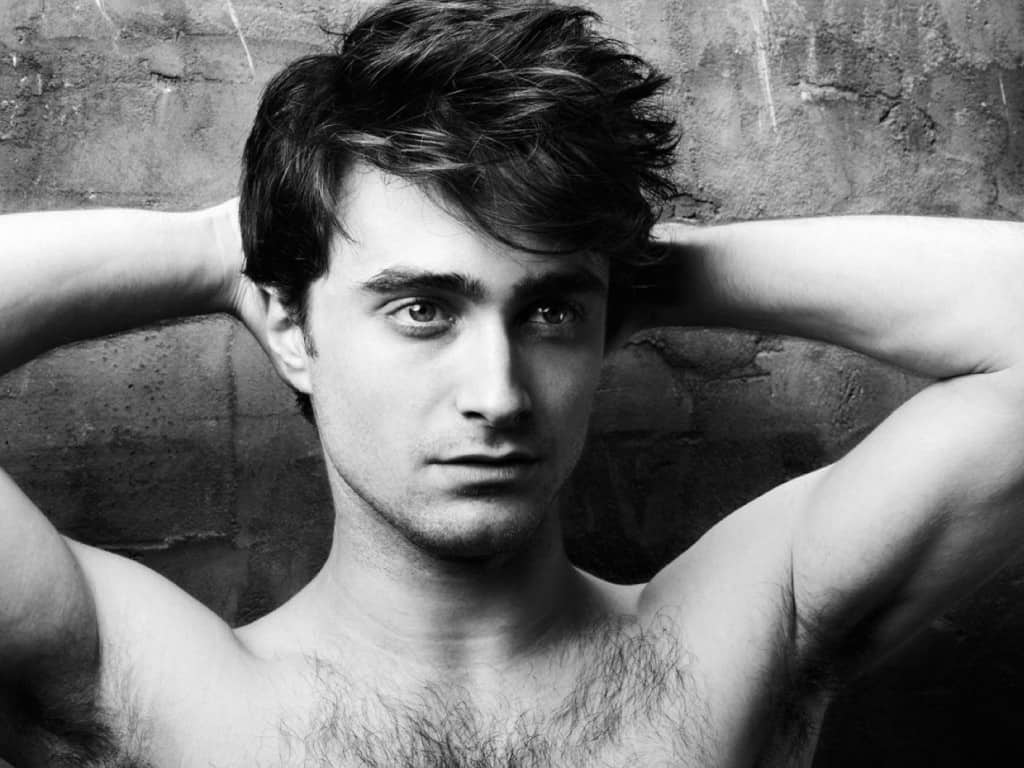 We all know Daniel Radcliffe as Harry Potter, but he is definitely trying to get rid of that label. He has gone on to star in other movies and attempting to lose that label and the 25-year-old is doing a good job at it. Showing off that manly body definitely helps! 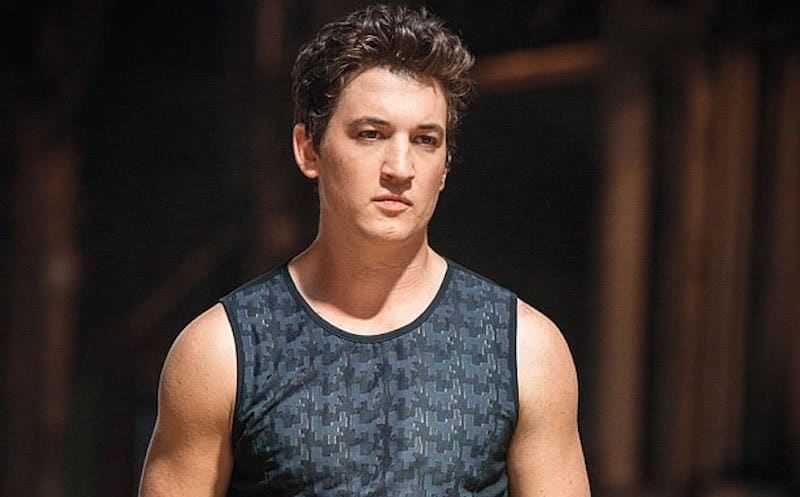 Miles Teller has often starred as that funny best friend in movies like That Awkward Moment and Footloose, but he is becoming bigger and bigger in Hollywood and will star in Fantastic 4 later this year. The 28-year-old actor has always been hot to us, but his body is ripped for this latest role and we love it. 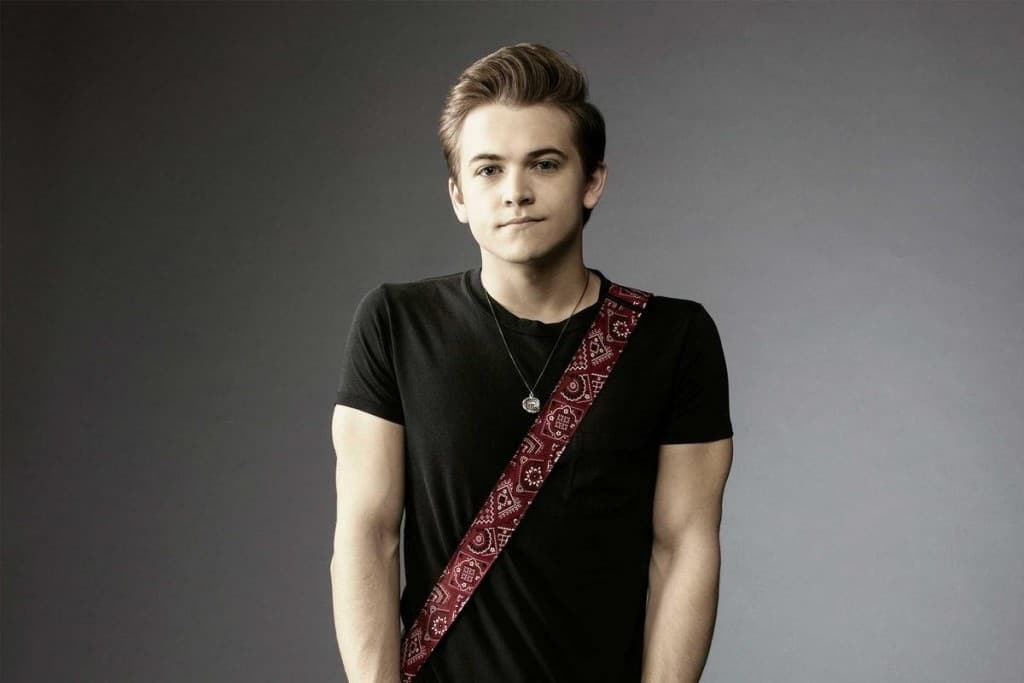 Moving over into the country music side of things, we have Hunter Hayes making the list. He has that adorable, baby face hotness about him. The 23-year-old singer also has some very nice muscles to look at. 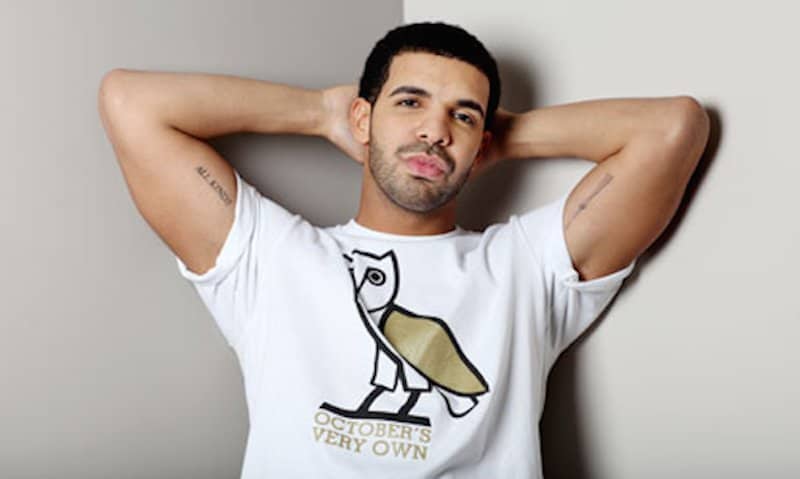 Drake is 28 years old and has done very well for himself in the R&B/rap music genre. He is a very good-looking man and even dated Rihanna for a while, so you know he’s got it going on. 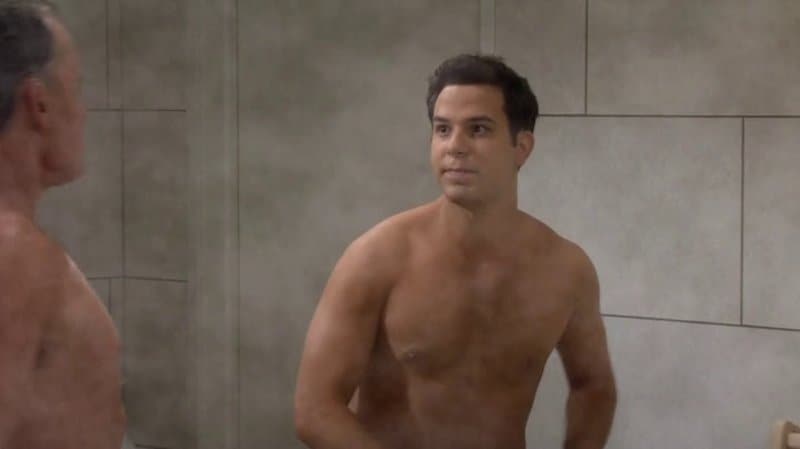 Who didn’t fall in love with Skylar Astin in Pitch Perfect? The 27-year-old is beyond adorable with his dimples and great smile, but then he can sing too. Add in a great body and we are in love. 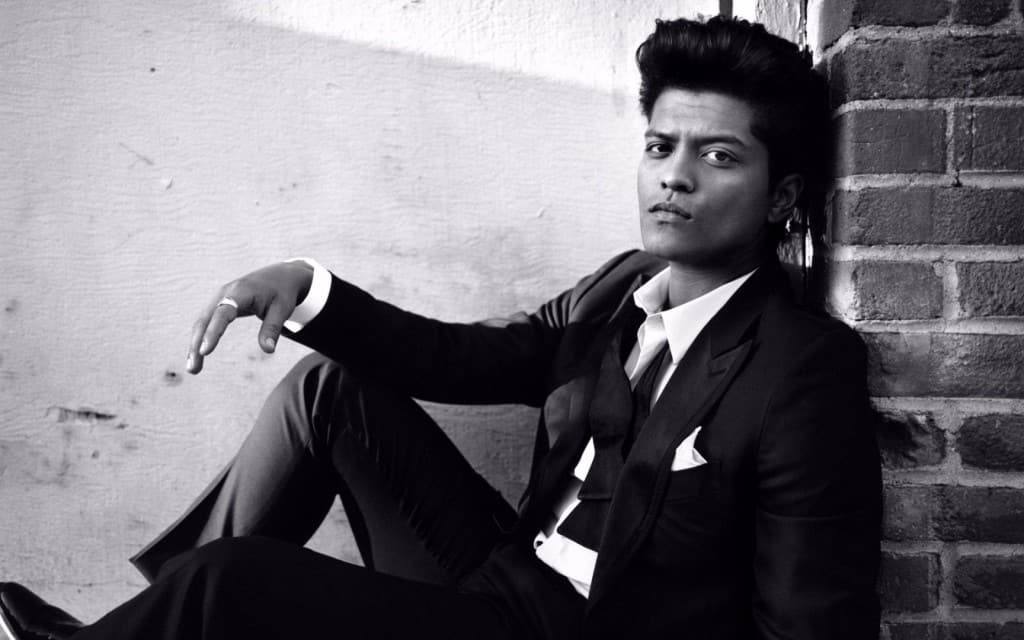 If short men are your thing, then Bruno Mars is your man! The singer is 29 years old and is a pretty good-looking man, if you can get past the fact he is only 5’5″ tall! 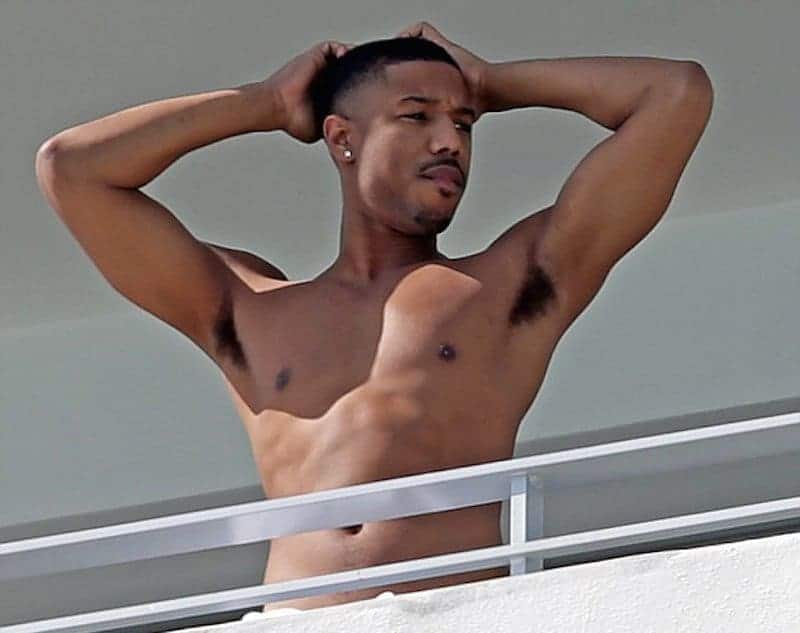 Michael B. Jordan has always had that body and smile that wins us over. He is 28 years old and has starred with Miles Teller in the past, but Jordan will be teaming up with him again this summer in Fantastic 4. That movie is just filled with hotties! 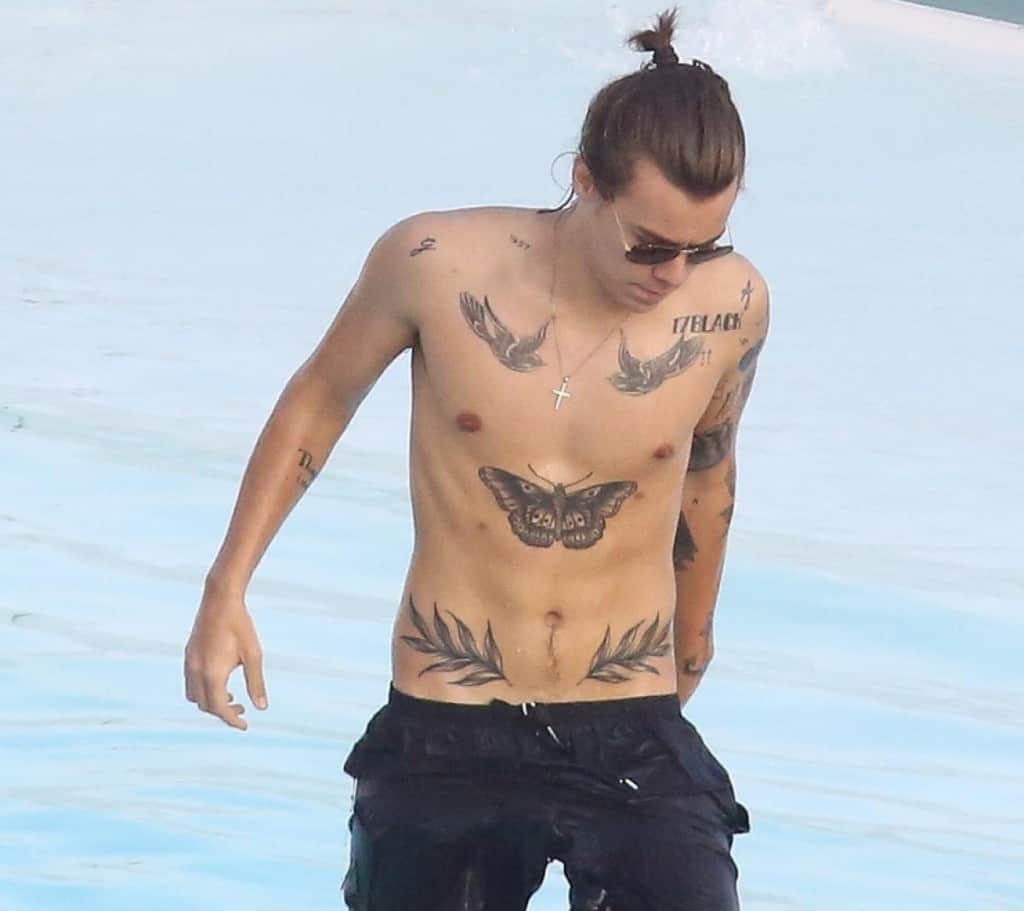 Sure, Harry Styles is part of One Direction, but that doesn’t mean boy band members can’t be hot. He has those tattoos that bring out the bad boy side for the 21-year-old, but he can also rock a man-bun, which is a winner in our book! 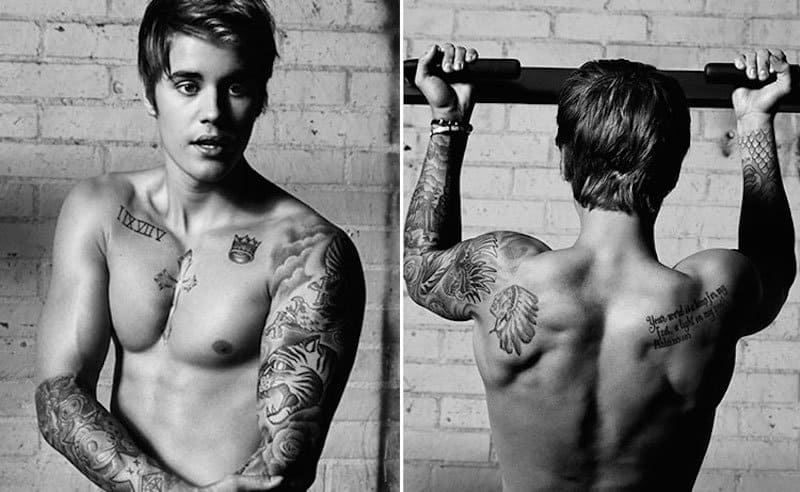 We never would have thought that Justin Bieber would be included in a hot list, but he has definitely grown up over the past couple years and his body is rock hard! Justin is now 21 years old and looking good with all those muscles. 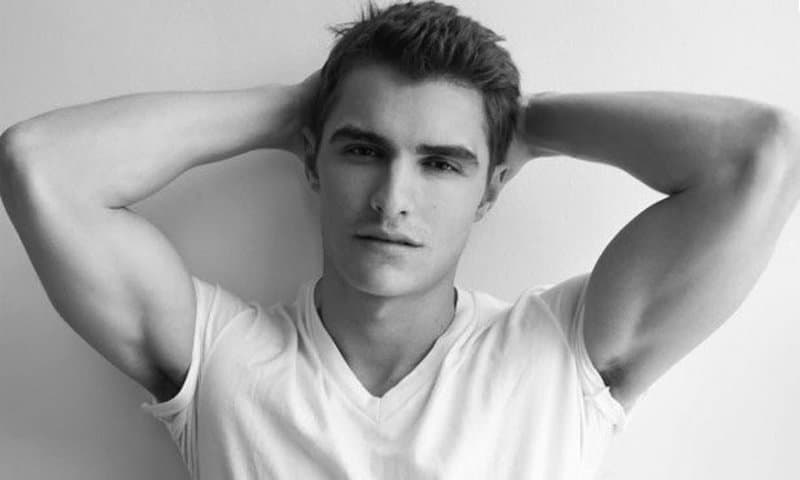 The younger brother of James Franco is getting more and more roles in Hollywood. Dave Franco is a great actor and seems like a funny guy and he is dead sexy! The 29-year-old has some nice biceps in that photo too! 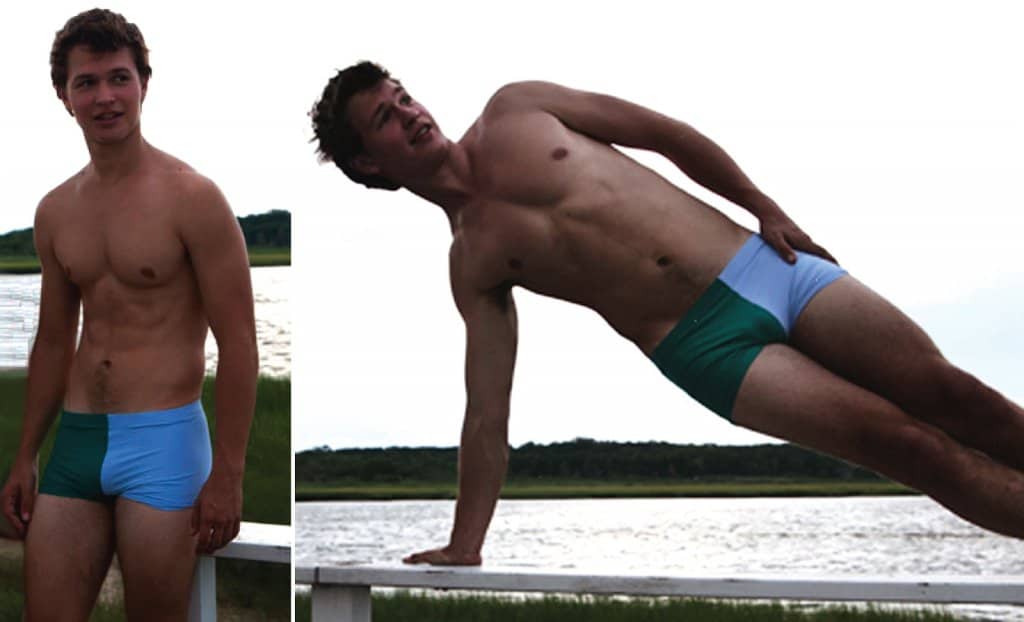 Ansel Elgort has that sweet, innocent look about him, but we always knew there was a hot side to him too. Look at that body in those pictures! The 21-year-old star of The Fault in Our Stars makes us love him even more now. 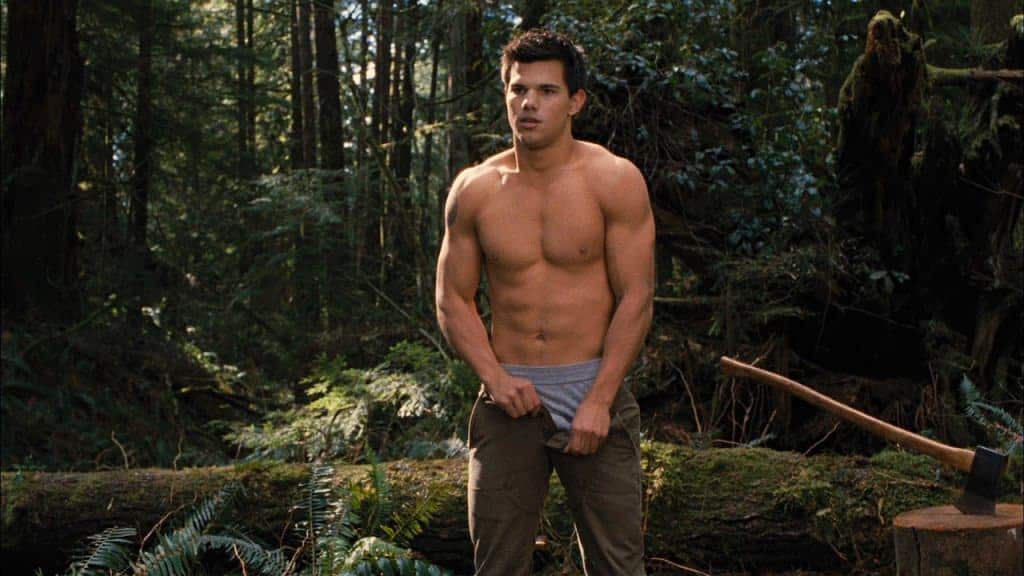 Sure, we haven’t heard much from Taylor Lautner since the Twilight movies came to an end, but how could we not include him and those abs in the list? The 23-year-old will always be hot in our minds! 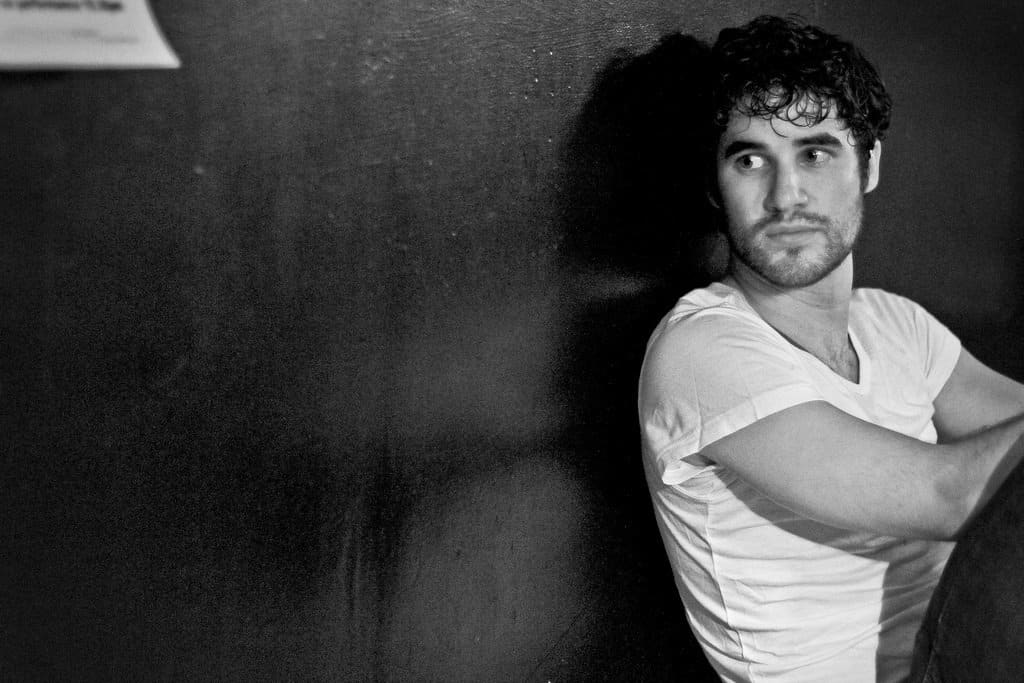 Darren Criss is 28 years old and was playing someone that just graduated high school on Glee. He’s got some good genes in his family and that facial hair makes him look so manly and sexy! 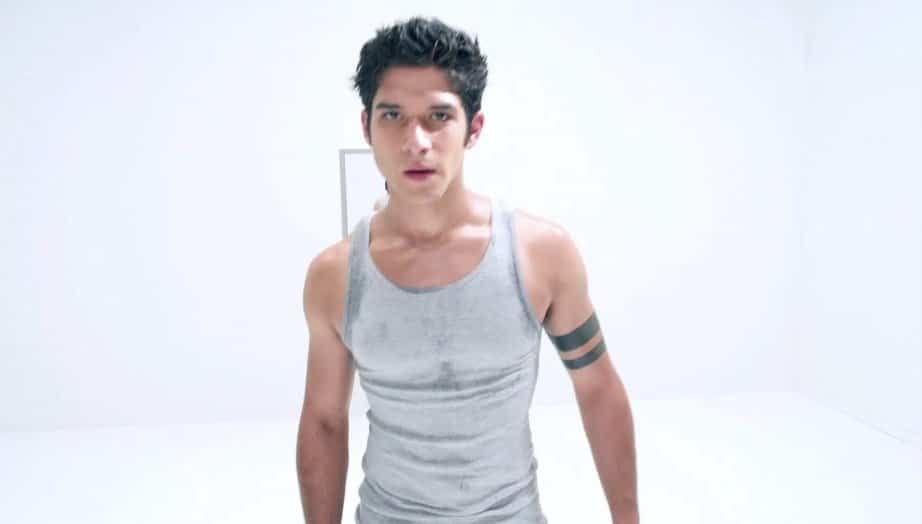 Tyler Posey starred as Jennifer Lopez’s child in the 2002 movie Maid in Manhattan. Hard to believe that he is 23 years old now and has such an amazing body that he often loves to show off while working on Teen Wolf on MTV. We aren’t complaining though. 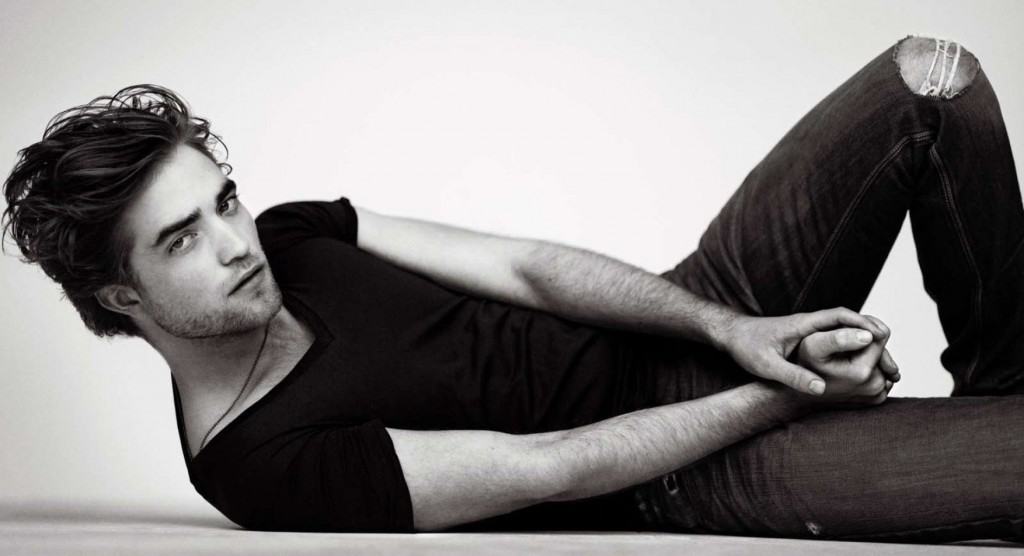 We include another one of the Twilight actors on the list, as Robert Pattinson closes it out. Who out there didn’t want Edward Cullen? He has gone on to other movies, but the 28-year-old will always be Edward to us!