There are certainly some places in this world that are best avoided, though they may spark curiosity. The following list includes a mixture of places that are currently forbidden to visit and others that are just plain creepy. As with such locations, people can’t help but become intoxicated with curiosity, which often leads to wild speculation that fabricates bizarre stories to replace the missing facts. Unfortunately, no conclusive explanations will be provided anytime soon, but let’s check out these places anyway and taste a little bit of the mystique surrounding them. 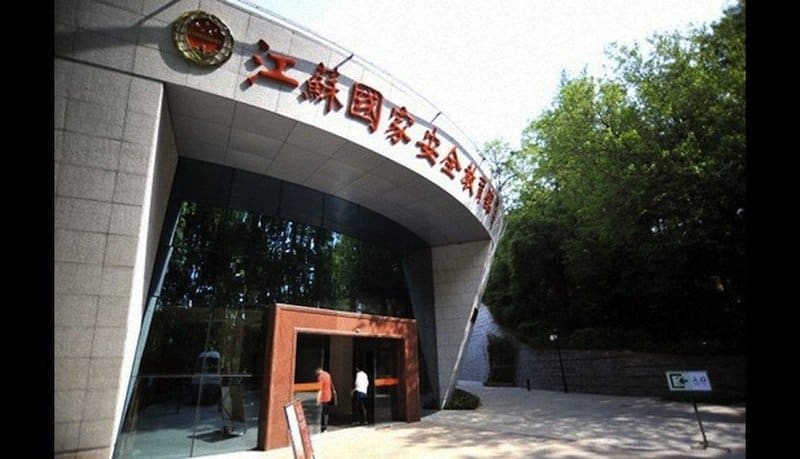 Located in China, this museum contains a range of documents and items deemed too sensitive for foreigners, items which date all the back to 1927. Only Chinese citizens are allowed entrance, but must follow restrictive rules. According to rumor, the museum has various items of spy gear, such as lipstick containers that are guns, coins that can hide documents, and decks of cards that hold maps. 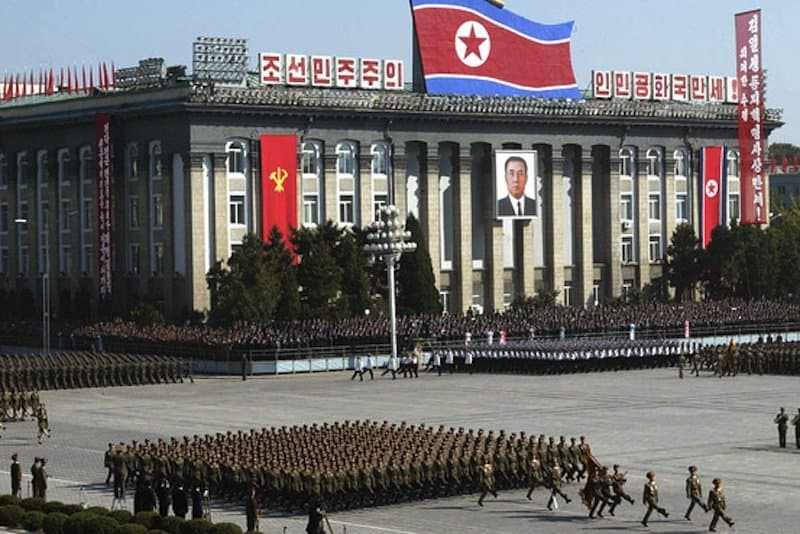 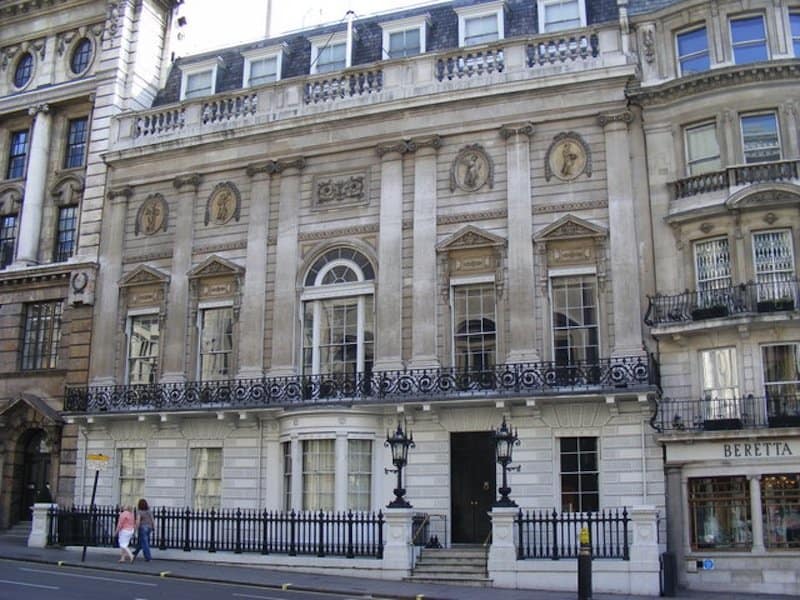 Located in London is the most exclusive gentlemen’s club in the world. It was originally founded in 1674, and its membership consists of the worlds richest and most powerful elite. Prince William and Prince Charles are supposedly members, as well as Conrad Black. Supposedly secret meetings and high-stake betting occur within the club. 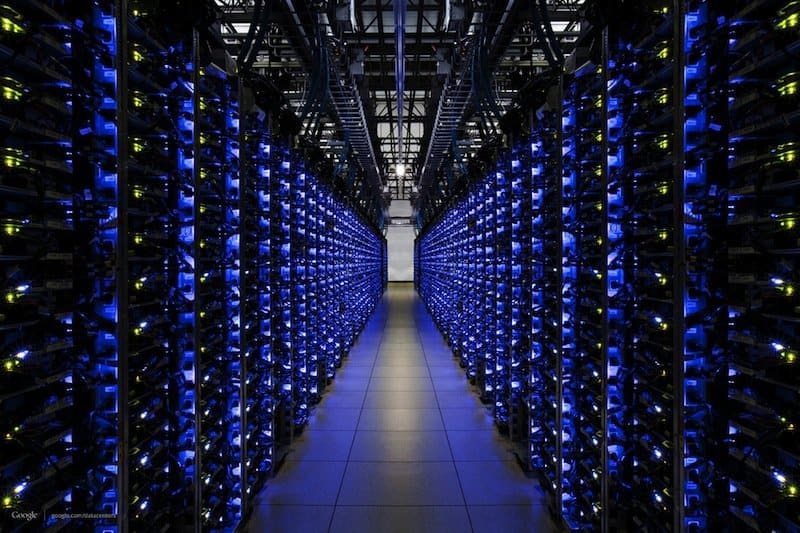 Google Data Centers actually exist all over the world, but only a special few people are allowed access to them. These data centers house thousands of servers, so many that engineers have to ride bicycles to get around. These centers are kept rigorously secure because they process and store millions of people’s sensitive information, which if fallen into the wrong hands could have catastrophic consequences. 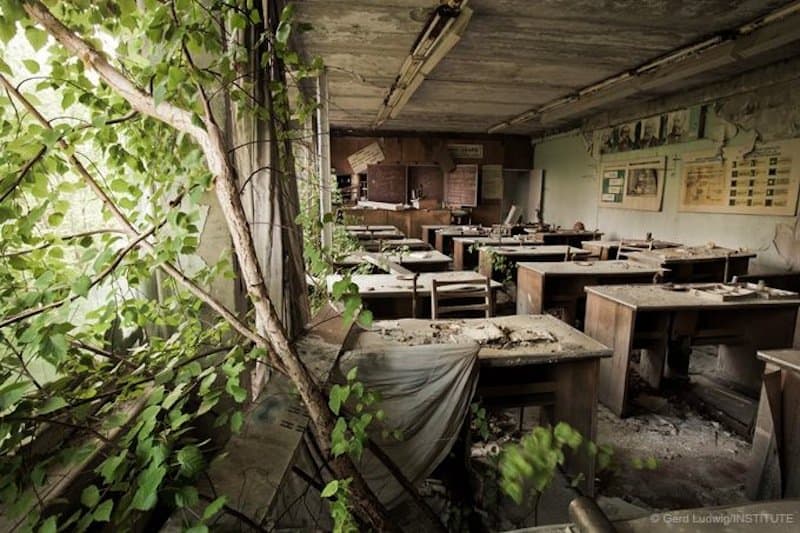 Evacuated several days after the Chenobyl incident, the city once had around 50,000 people, but now is a ghost city sometimes referred to as “the zone of alienation”. 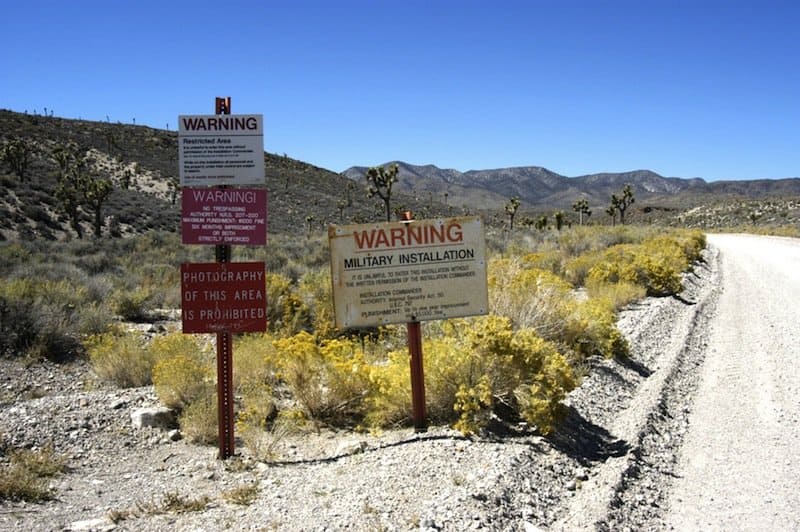 The infamous Area 51 is located in Nevada. The official CIA names for the place are “Homey Airport” and “Groom Lake”. Area 51’s purpose has yet to be revealed to the public, and this secrecy has led to all sorts of wild conspiracies. Some consider it the testing grounds for the U.S. Airforce’s new technology, but more imaginative people consider it a hub of alien activity. 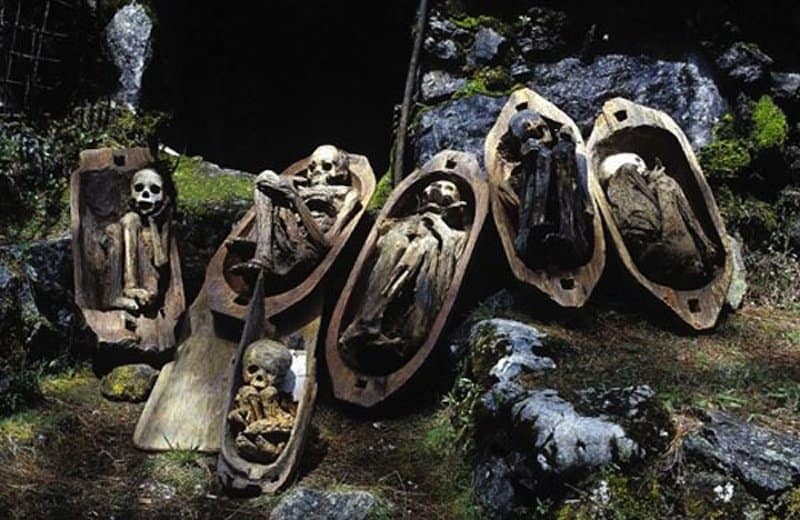 Kabayan is a series of caves in the Philippines. These caves are littered with thousands of “Fire Mummies”, some of which have been remarkably preserved. This process of mummification is unique. Right before dying, an individual would consume a very salty drink, and after death the body would be submitted to flames, which would dry and harden the salty fluids, thus preserving the body. 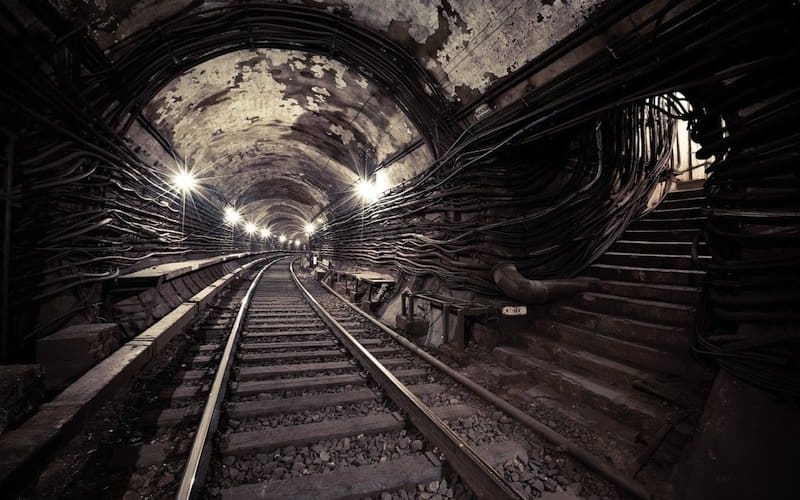 “Metro-2” is the informal name given to the underground metro network supposedly built in Moscow, Russia. Built during Joseph Stalin’s reign, Metro-2 is believed to be operated by the Ministry of Defense, and connects the Kremlin to the Federal Security Service as well as other important buildings of government. Certain U.S. documents purportedly confirm its existence.

The Island of Dolls 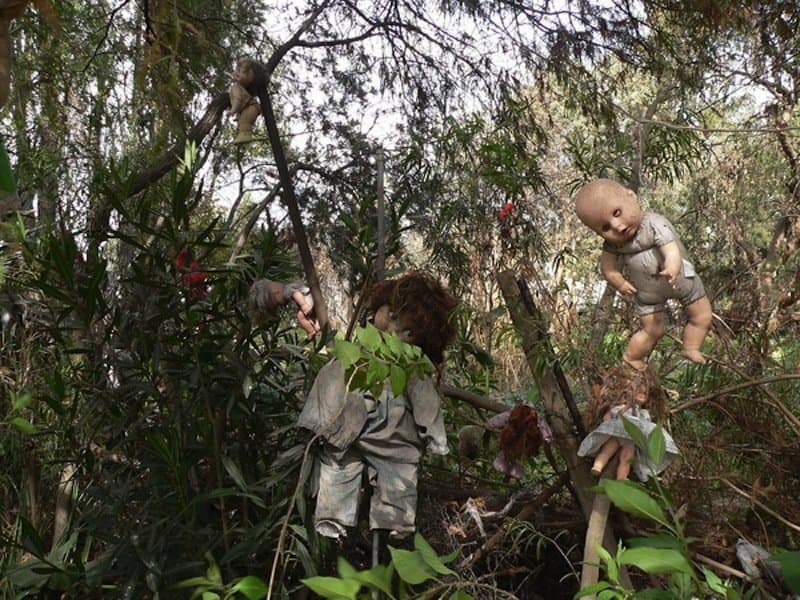 On this island, which is just south of Mexico City, hundreds of dolls are tied and hanging from the trees. The creepy thing is that one man hung all the dolls in the trees, Don Julian Santana Barrera, who was the sole caretaker of the island. As legend goes, Barrera found a drowned girl on a nearby shore, and close to her was a doll, which he hung up out of respect, and then he proceeded to hang up many more that happened to float near the island.

Chapel of the Ark of the Covenant 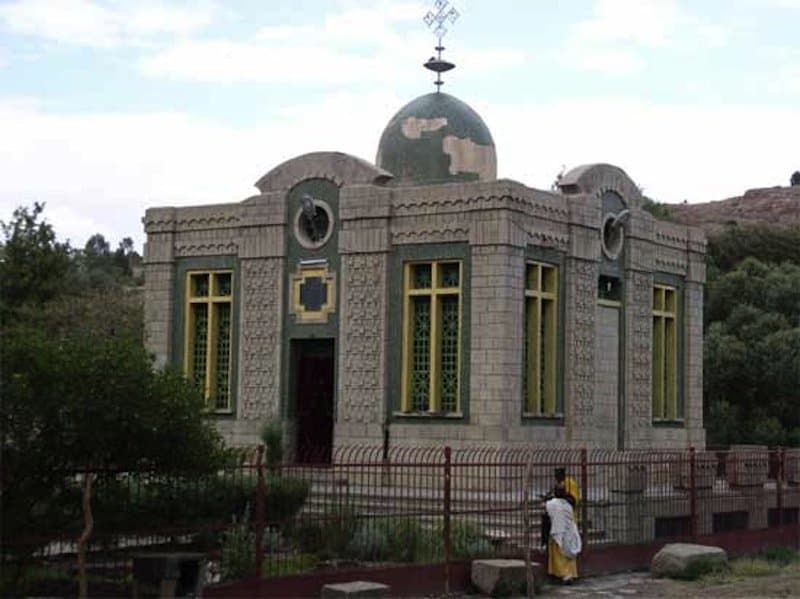 In Ethiopia is a chapel that houses the Ark of the Covenant, which supposedly holds the original list of the Ten Commandments. Only one priest is allowed to enter this chapel, and this same priest is the only one who knows how to locate the Ark within the chapel. When it’s time to retire, the priest will train a successor. 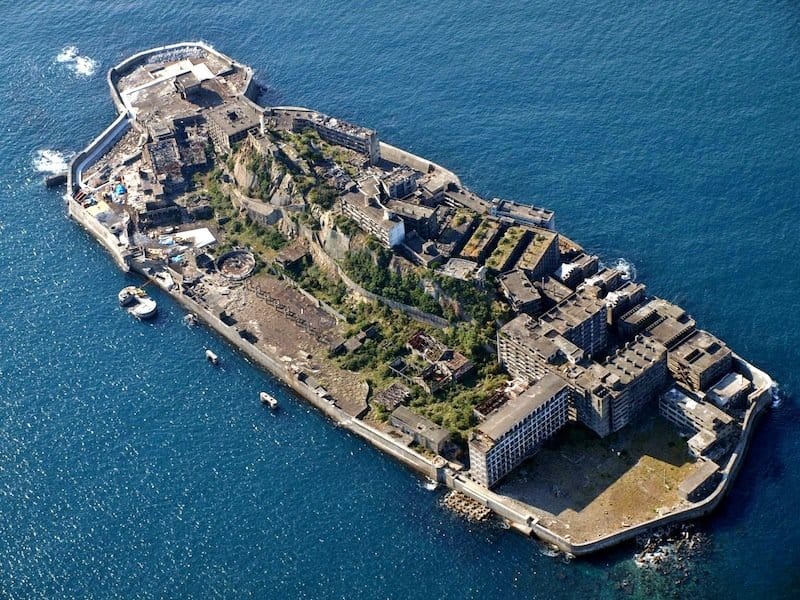 Gunkanjima is sometimes referred to as “Battleship Island” because the island resembles a fortress. Encompassed by a seawall, the island has an ensemble of dilapidated buildings squeezed up against one another. Just off Nagasaki, and once a coal-mining island, the place has been abandoned and is a notorious ghost town. 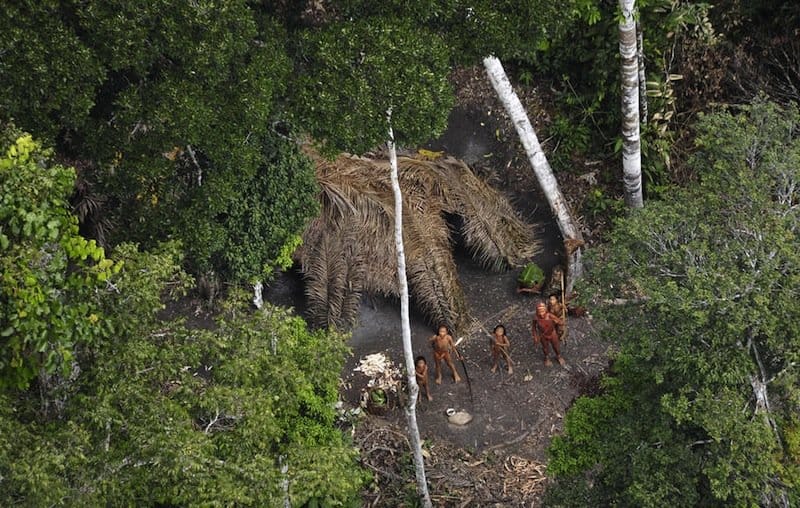 The largest concentration of indigenous and uncontacted tribes reside in Javari Reserve, Brazil. Satellite imaging estimates that 8-14 different tribes exist in a swath of Amazonian jungle about half the size of Florida. If an outsider or outsiders managed to visit the reserve, the Javari inhabitants would likely be hostile on account of the foreign germs the outsiders would be carrying. 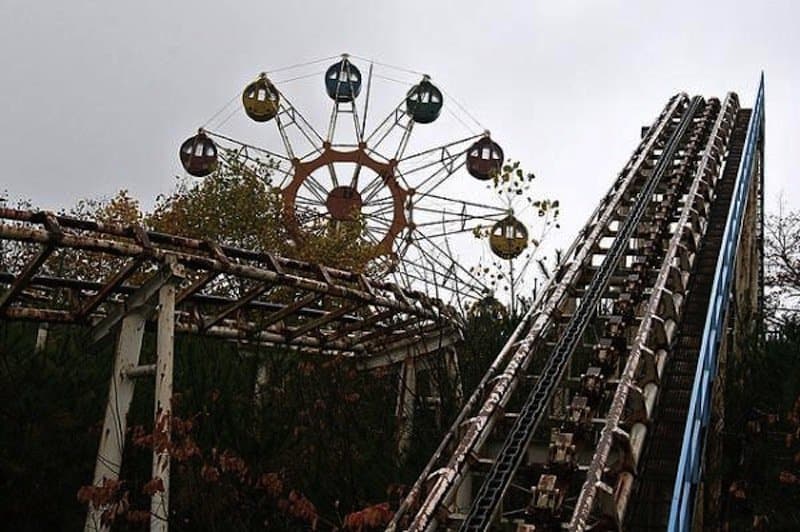 Once an enormous amusement park built in the 1970’s, this once happy place is now eerily overgrown with vegetation. And though it’s just north of Tokyo, the place is no longer featured on Japanese maps. The amusement park’s first run lasted only a couple years, but was apparently closed due to claims of needed repair. Others have speculated that numerous deaths of customers was the real reason for the amusement park’s short career. 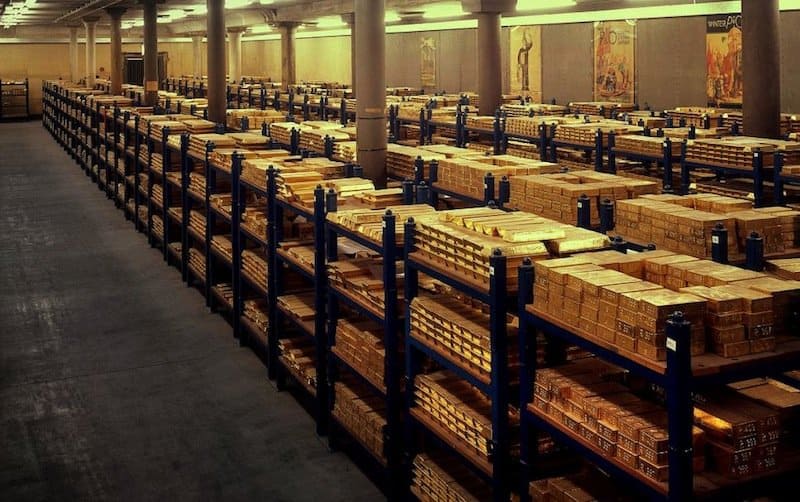 The central bank for the U.K. resides in London. Beneath the actual bank is the vault, which supposedly covers an area larger than the third tallest building in England, Tower 32. The security measures to prevent entry are extreme; as an example, keys 91 cm. long are required to gain entry to the vault. Gaining entrance would be a bank robber’s dream because the vault purportedly houses 156 trillion pounds. 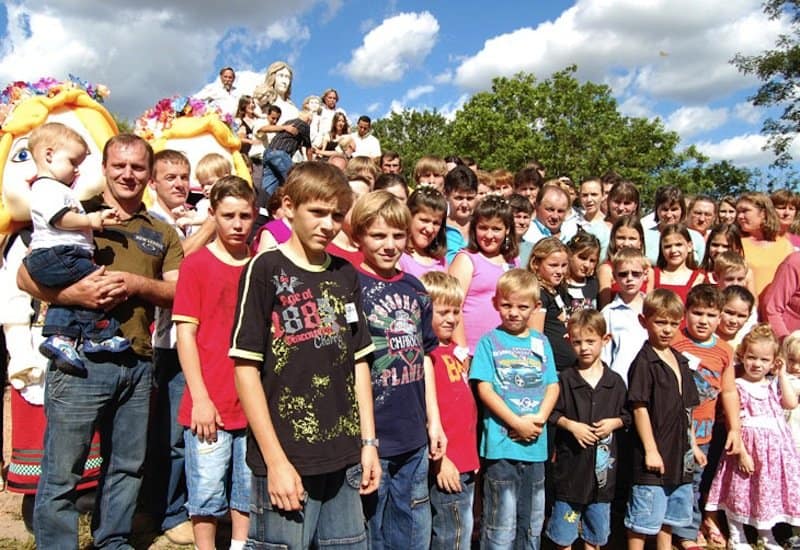 Candido Godoi is a town in southern Brazil that has a twin birthrate 18x higher than the world’s average. Some believe the strange birthrate stems from the work of Nazi doctor Josef Mengele, who had conducted experiments on twins in Auschwitz. The Nazi doctor was known to have fled to South America when the Nazi regime ended. 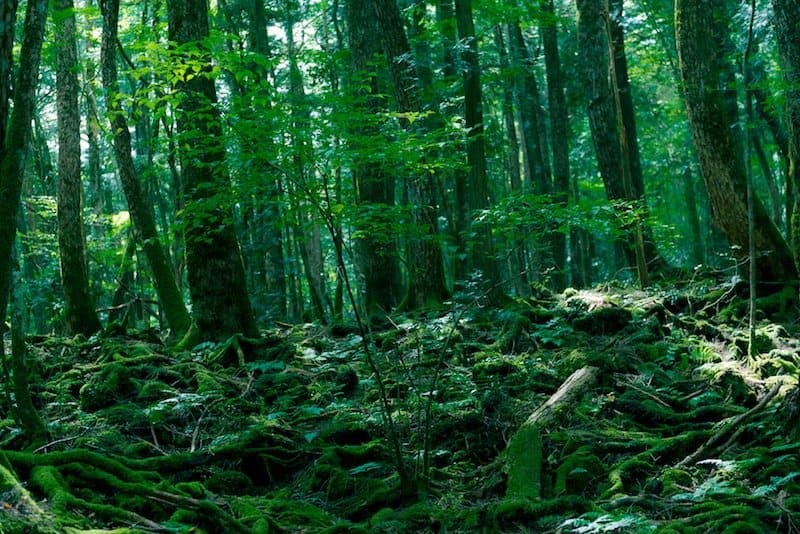 This forest at the base of Mt. Fuji is a popular location for suicides, so popular that actual signs have been put up to deter those contemplating their own deaths. In 2010, as an example, 247 people attempted suicide, while 54 of that group completed the act. Japanese spiritualists claim the innumerable deaths have tainted the forest, providing it with a malevolent aura. 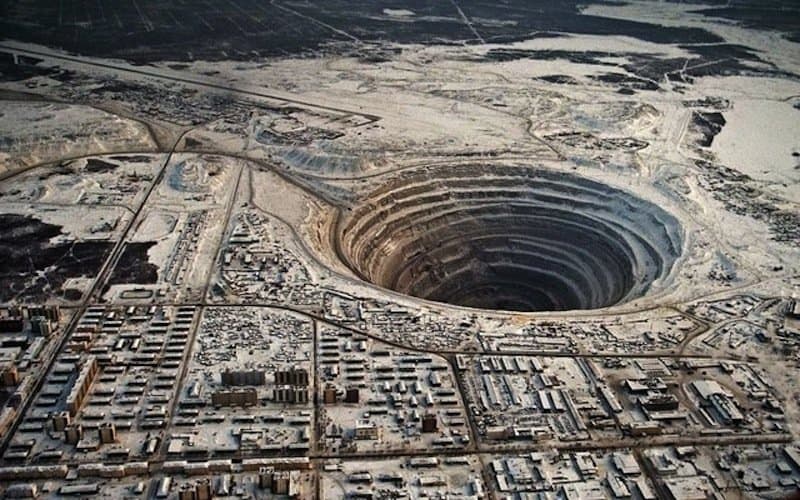 In Mirny, Eastern Siberia, resides the abandoned Mirny Diamond Mine, which is 525 meters deep and 1,200 meters wide. Joseph Stalin commissioned the mine to provide diamonds following the end of the World War II, but was eventually closed in 2004. The creepy thing is that the gaping hole causes problems for aircrafts, such as air temperature differences and wild air currents. 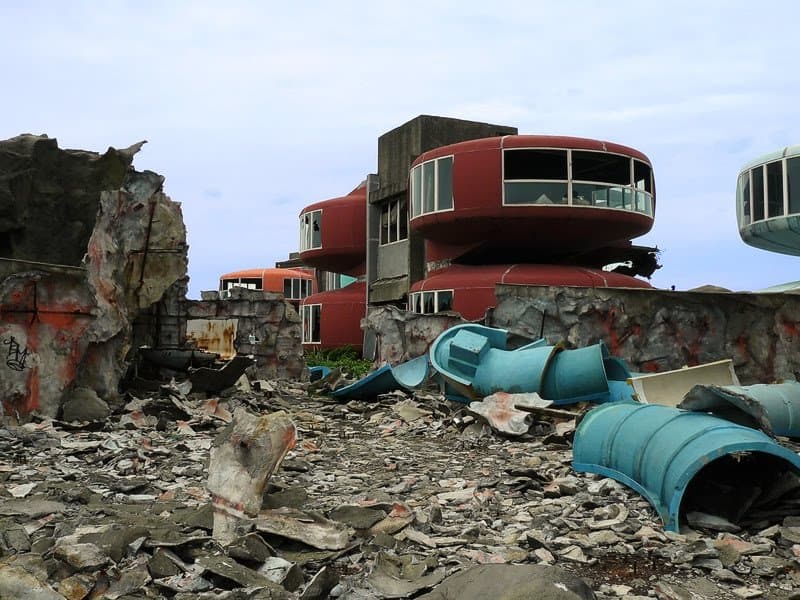 In the 1970’s some pod-shaped buildings were built in New Taipei City, Taiwan. Resembling Futuro Houses, these buildings were intended to function as a vacation resort. Unfortunately the place was shut down before construction was finished because people kept dying from accidents during its construction. Up to this day, the Taiwanese government won’t reveal the actual numbers of how many people died, and they have yet to demolish the resort. 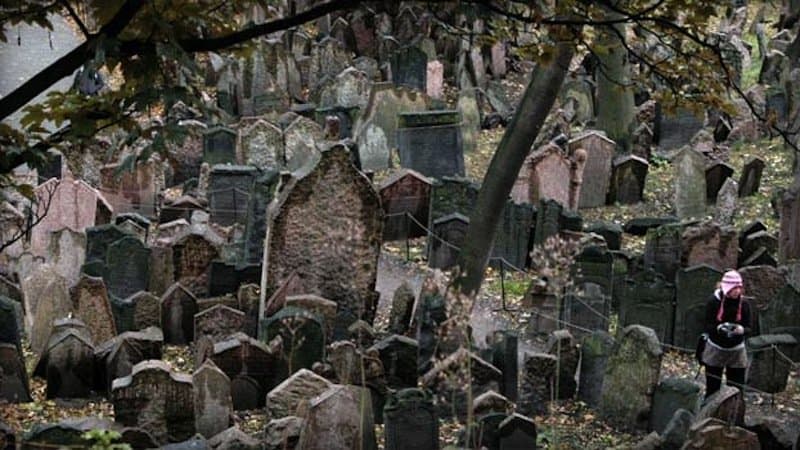 This old cemetery in Prague has eleven cemeteries piled up on top of each other. Some 12,000 crowded tombstones have been counted, but it is estimated more 100,000 people are buried here. Beginning in the 15th century, the reason for the crowded arrangement is that Jewish people originally were not allowed to bury their deceased outside of their allotted district. 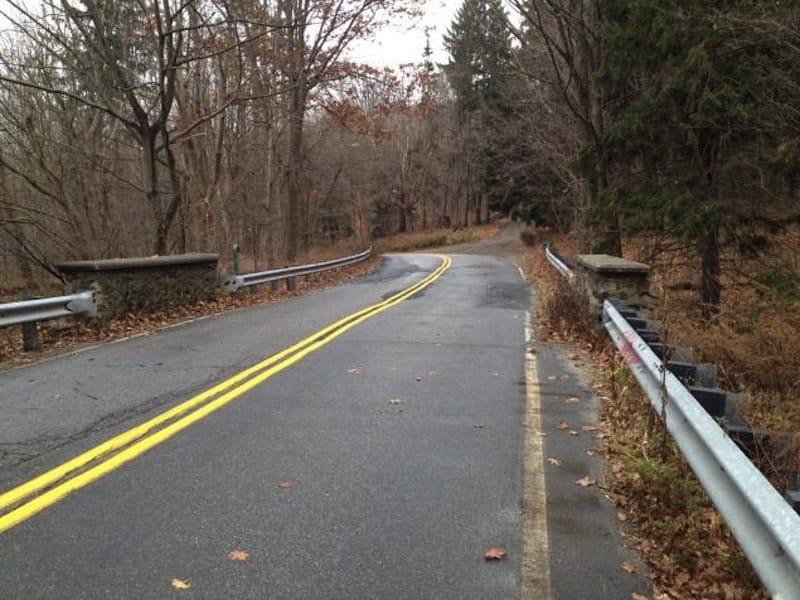 Clinton Road is located in West Milford, New Jersey. The road and surrounding land has its collection of odd stories which include such things as ghosts, witches, strange creatures, Satanists, and even the Ku Klux Klan. A local police chief once said, “It (the road) is a long, desolate stretch and makes the imagination go nuts”.