No matter how amazingly interesting a story is, when it is retold it loses some of its sparkle – so it is no surprise that throughout history people have been augmenting and sensationalizing the most important stories so that people with both listen to them in the first place and remember them in the long run. This also means that most of what the public hears are versions of the truth, beautified for maximum effect or simplified for easier remembrance. Often times though, this means leaving out crucial details that makes the story far more interesting and even sometimes changing the core facts completely. 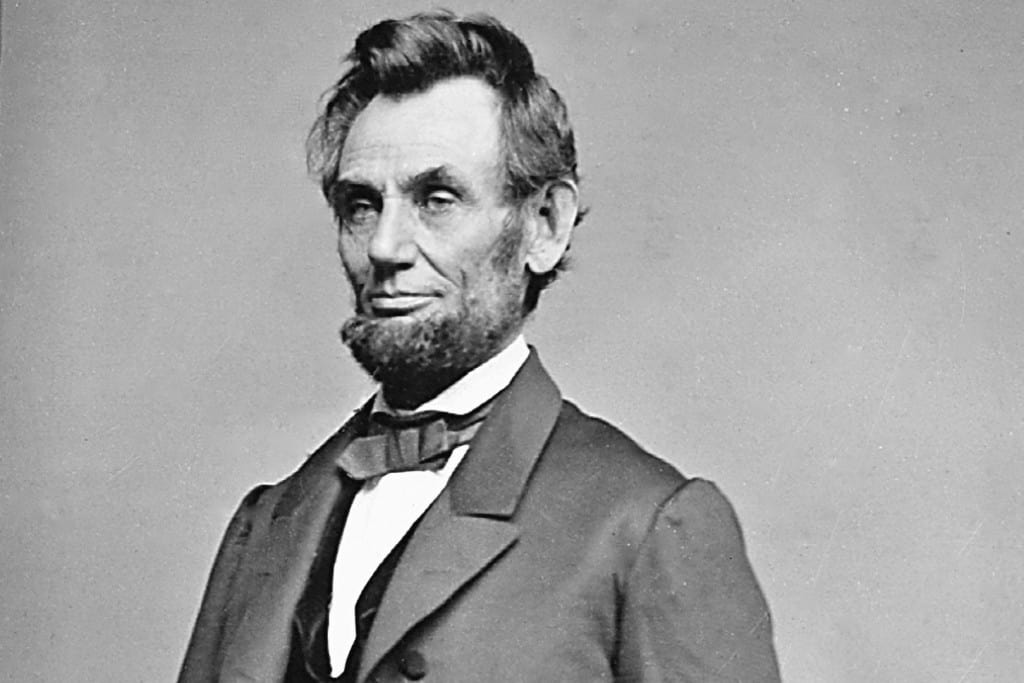 The sixteenth president of the United States is one of the biggest fixtures in American history, known for his personal resolve and abolishing slavery. While his political career was impressive, his personal life was even more so. His early years working on a farm gave him incredible strength – there are not one but two recorded instances where Abraham Lincoln picked someone up by the neck and threw them as if they were a rag doll. 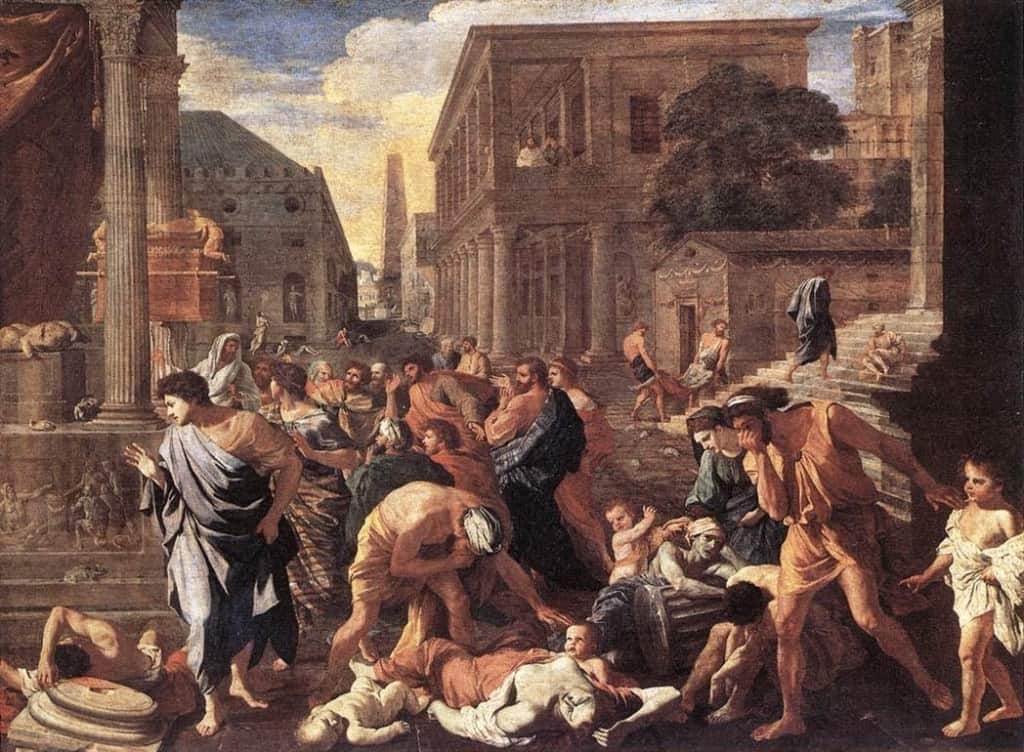 The notorious period of medieval history is known for the horrors of poverty, filth, and the Black Plague that spread across Europe. What most people don’t realize was that in the Middle East, people were enjoying a great period of social and intellectual well-being filled with discovery, scholarship, and innovation.

Dude Just Wants to Be a Lady 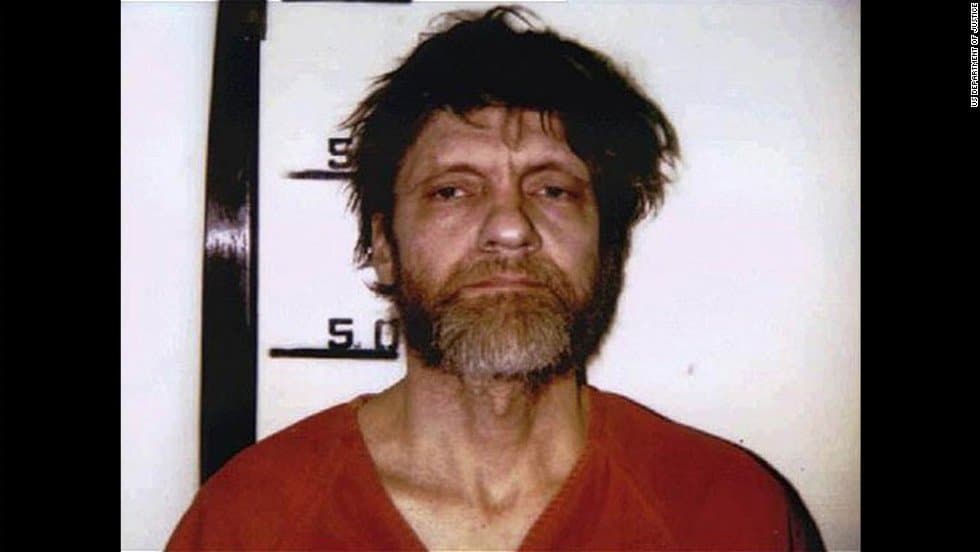 When the Unabomber was arrested, the manifesto written against modern technology that was found amongst his possessions was taken as the motive for his crimes. Actually, Ted Kaczynski just wanted gender reassignment surgery – a botched appointment with a psychiatrist angered him so much that he started murdering people. 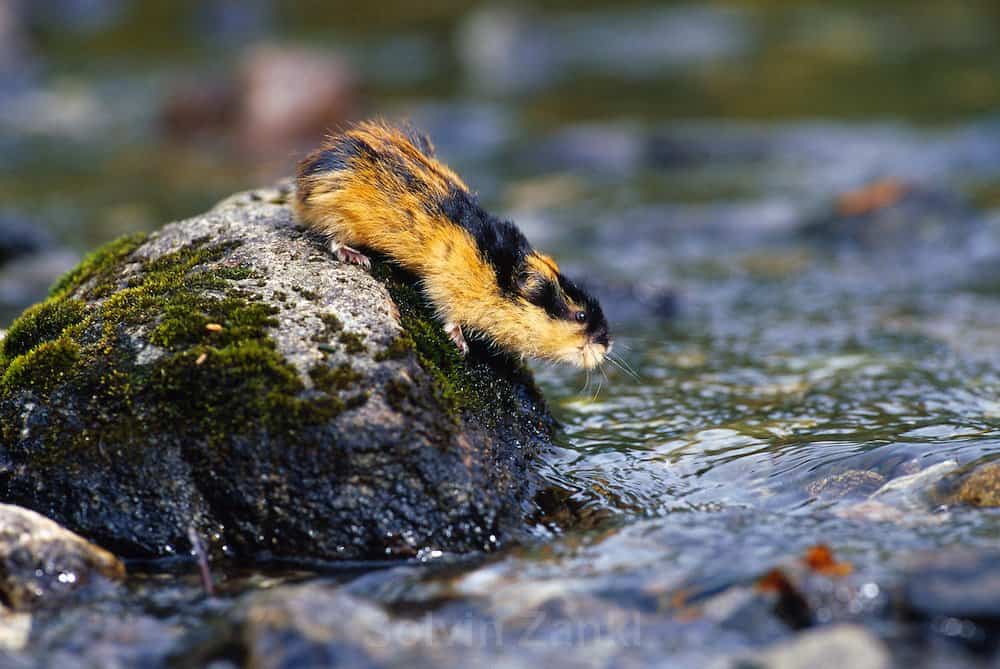 In 1958, the world was taken aback by how documentaries were able to capture the mass suicide of lemmings in the Arctic tundra in the Oscar-winning Disney film White Wilderness. What most people didn’t know was that lemmings aren’t prone to killing themselves when stranded on a cliff – filmmakers threw the adorable rodents into the sea to their deaths for dramatic effect. 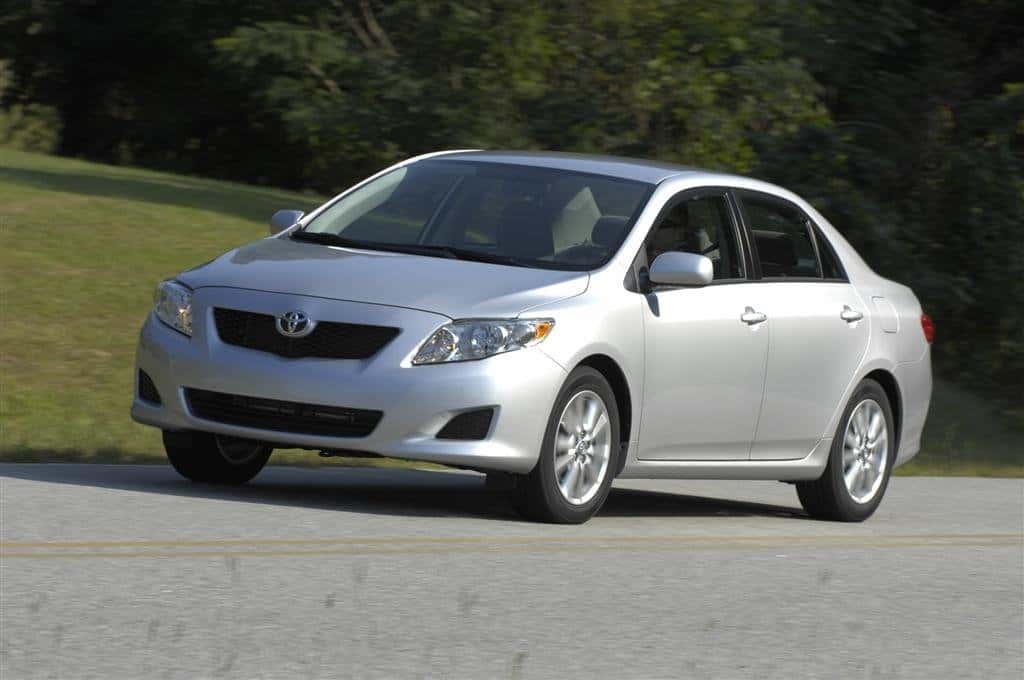 Between 2009 and 2011, Toyota recalled approximately nine millions cars after videos arose showing the vehicles going out of control. Unfortunately for Toyota, the recorded proof of the cars malfunctioning was completely false. The final report listed the accidents in these films as being caused by “pedal misapplication” or rather drivers mixing up the accelerator and brake pedals. 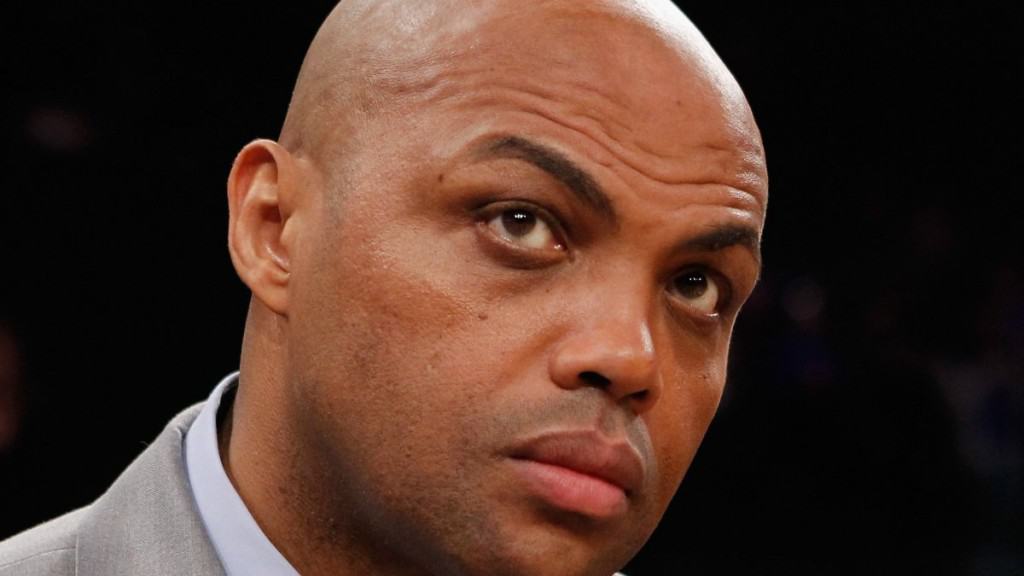 The sports world was aghast when Houston Rockets’ forward Charles Barkley threw a man through a first-floor window after the man chucked a glass of ice in his face. The most jarring part of the story? When asked by a judge if he had any regrets about the incident he stated, “I regret we weren’t on a higher floor.” 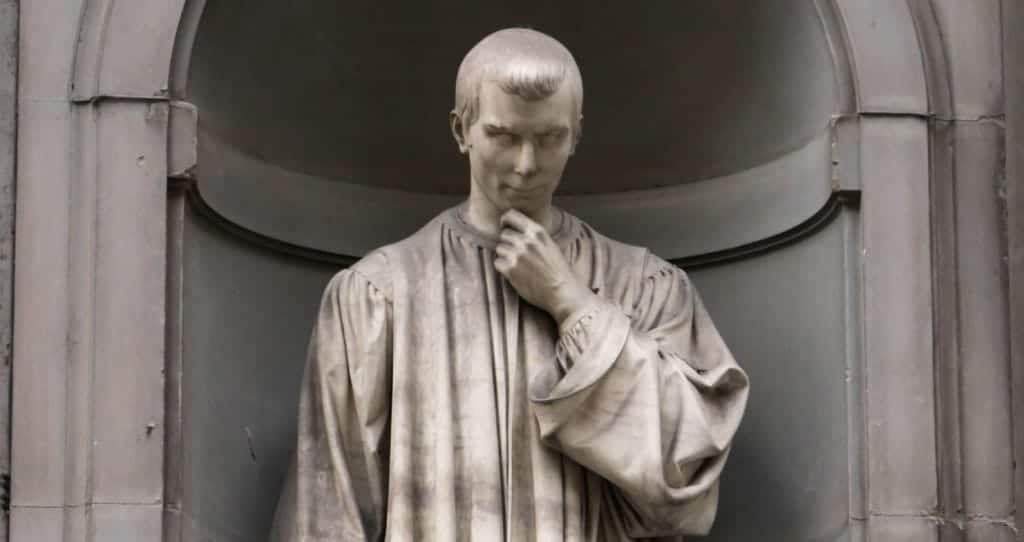 The Italian author is famous for his book The Prince, a how-to guide to politics so devious that “Machiavellian” is a modern synonym for “treacherous.” Ironically, The Prince was intended to be a satire – Machiavelli wrote it in hopes that the upper class would be stupid enough to implement the writings and unwittingly inspire the lower class to over throw them. 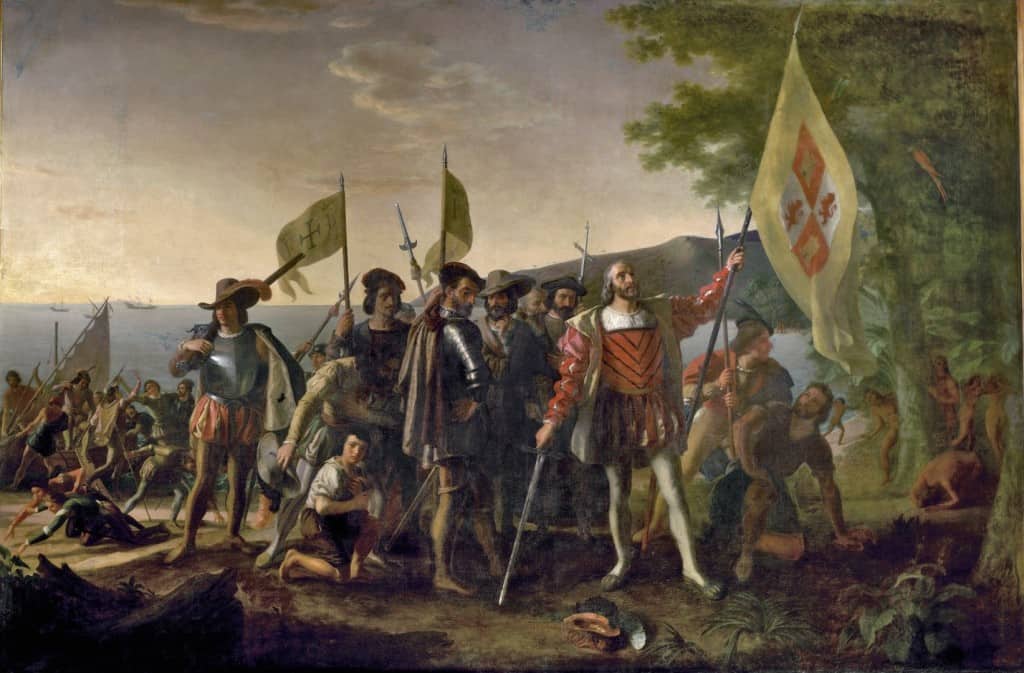 Most people believe that Columbus had trouble finding financing for his famous voyage because everyone believed the world was flat. Actually, it had been proven long before Columbus’s time that the world was round – no one would back him because they all knew the Earth was huge and didn’t think he could make that far of a trip. 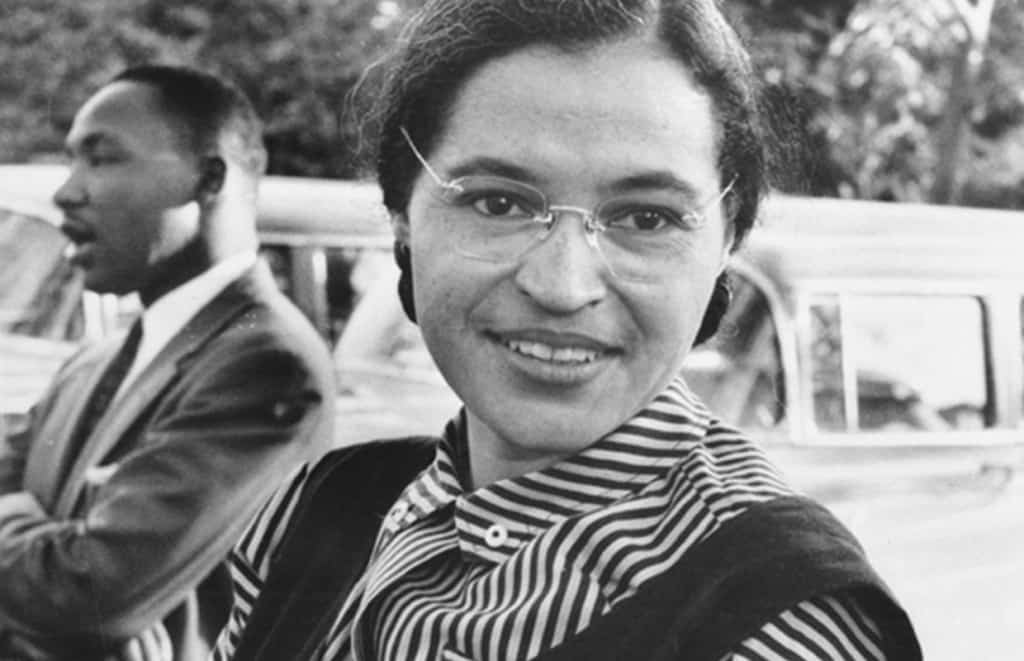 Rosa Parks became a beacon of civil rights when she refused to give up her bus seat to a white man in 1955. While most people think it was happenstance, it really wasn’t. Not only was she not the first person to make such a defiant act in the American South, she was carefully chosen by the NAACP to perform the civil disobedience and then become a spokeswoman for the Civil Rights movement. 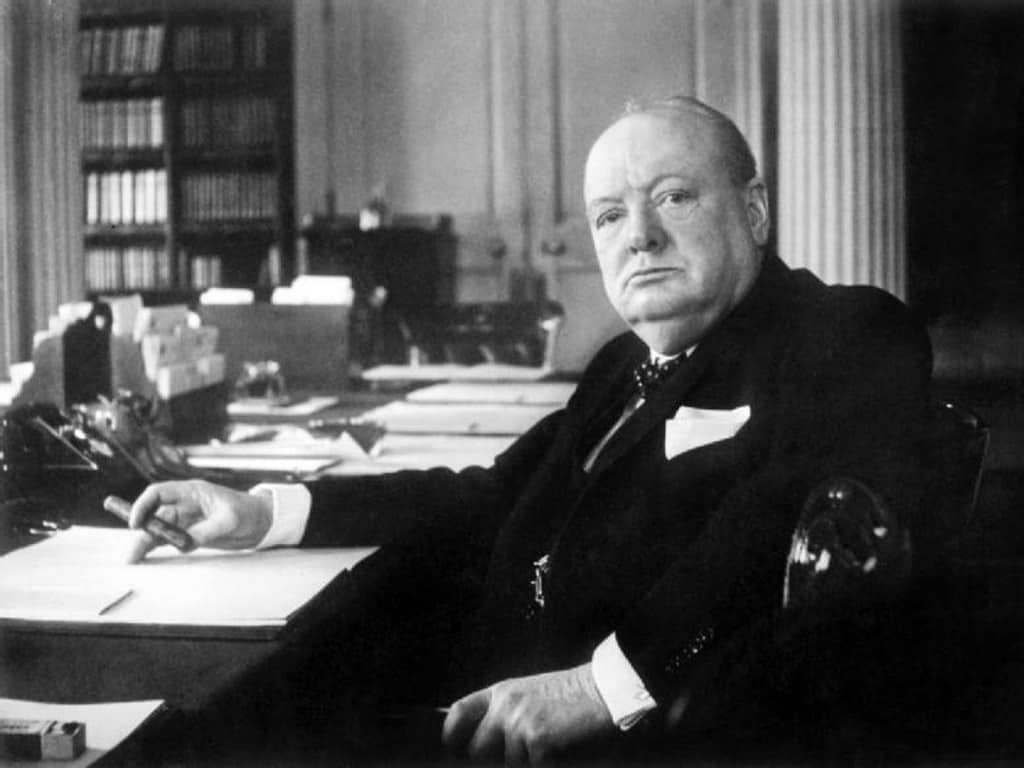 In 2002, the BBC network named famous former Prime Minister Winston Churchill the greatest Briton ever, citing his resolve against the Nazis and his instrumental work in ending World War II amongst his laudable accomplishments. The strange thing is that Churchill was removed from office right after the end of WWII – he loved being at war and was making plans to invade Russia while peace agreements were being finalized. 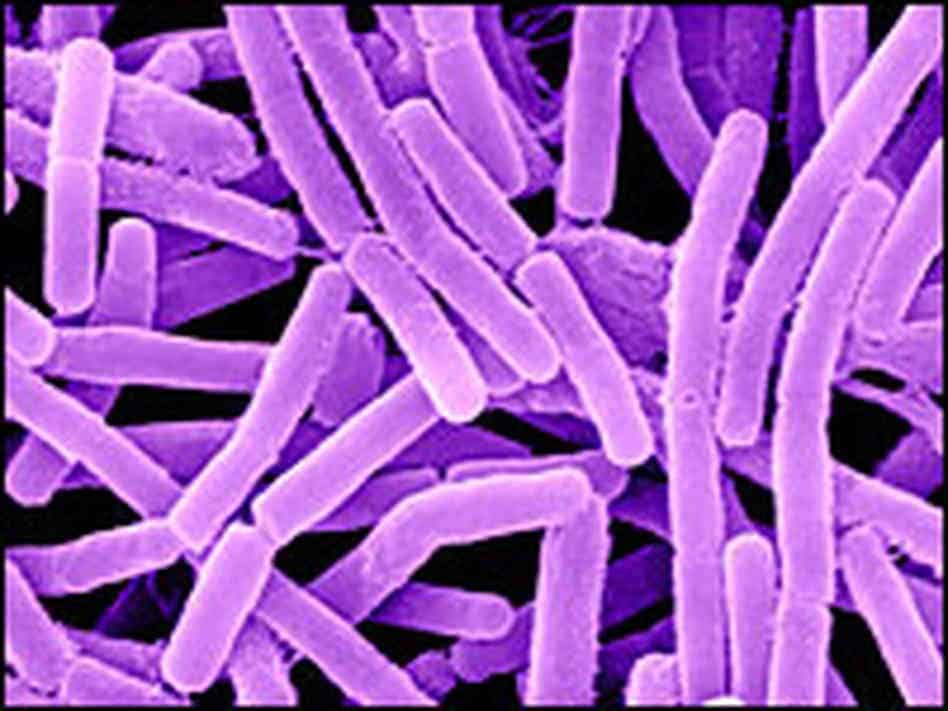 While everyone assumed that the Anthrax-filled government letters that killed five people in 2001 were the next phase of the 9/11 terrorist attacks, they were entirely wrong. Most evidence pointed to disgruntled government scientist Dr. Bruce Ivins who committed suicide in 2008. 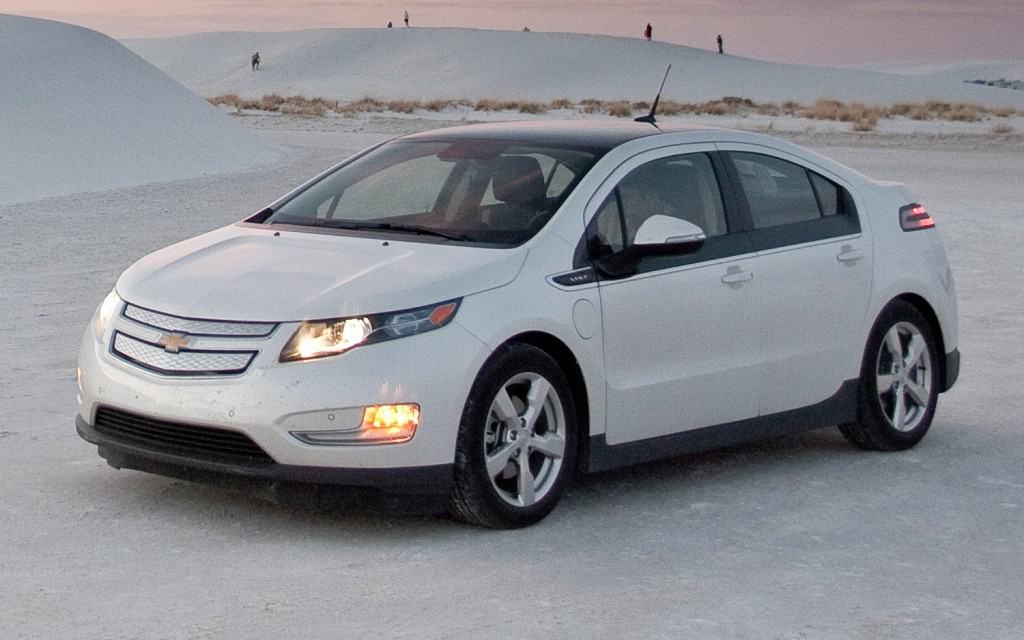 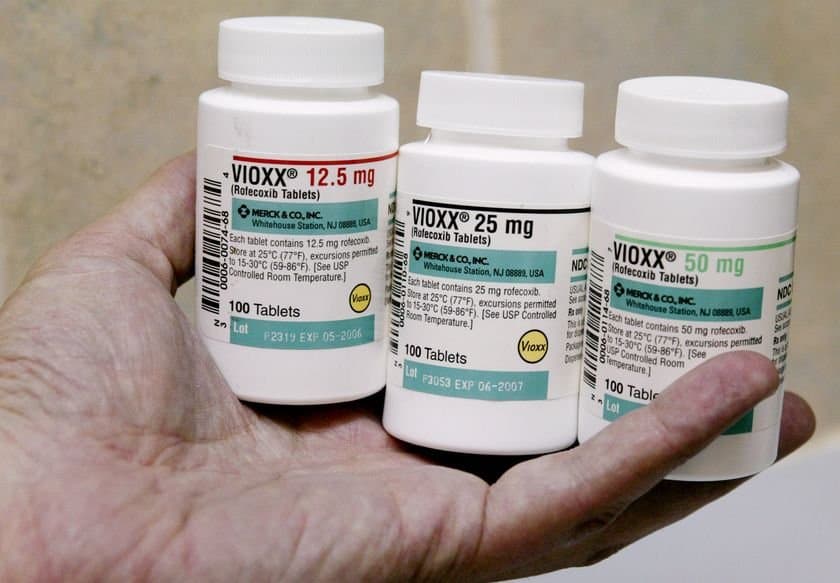 The media considered it a triumphant moment went its stories forced Merck to pull the drug Vioxx off the shelves due to its laundry list of side effects. Sadly, the pain killer was incredibly effective and was never more dangerous than a dose of aspirin. 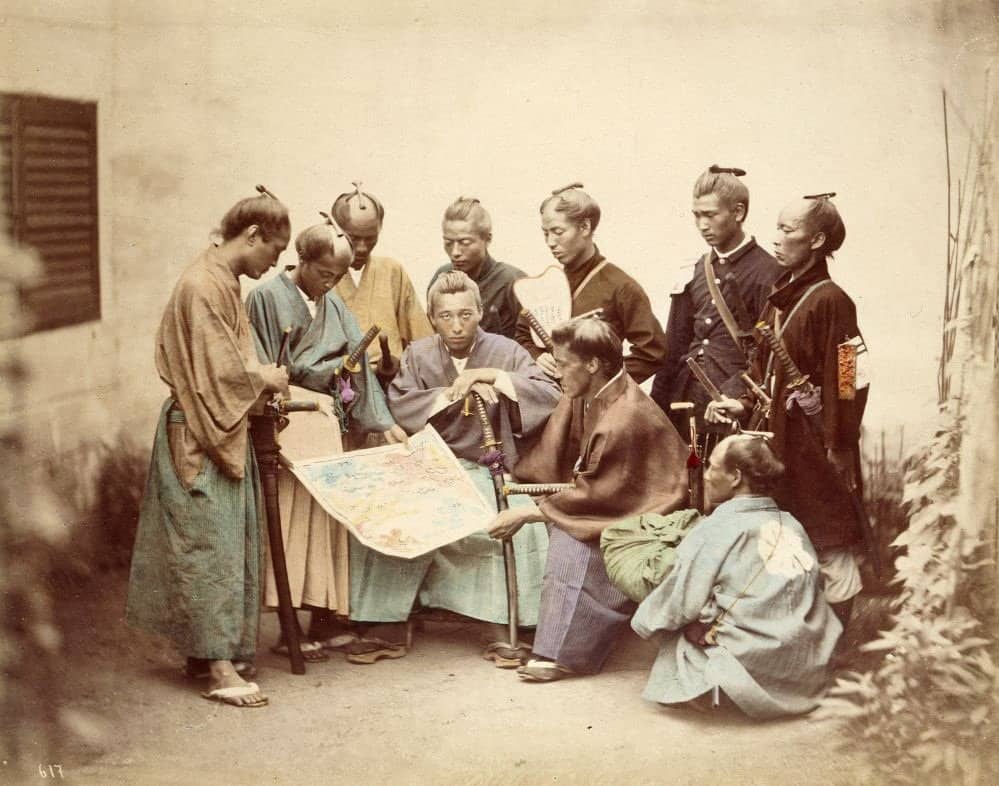 Inazo Notibe’s book Bushido: The Soul of Japan noted that death in service to their master was the most noble and that they would kill themselves if they failed in this service. While most Hollywood depictions of the famed warriors are based on this notion, Notibe noted that his book based based on a Samurai rule book and not actual history – real Samurai were closer to mercenaries than incredibly devoted servants.

Mysteries of the Deep 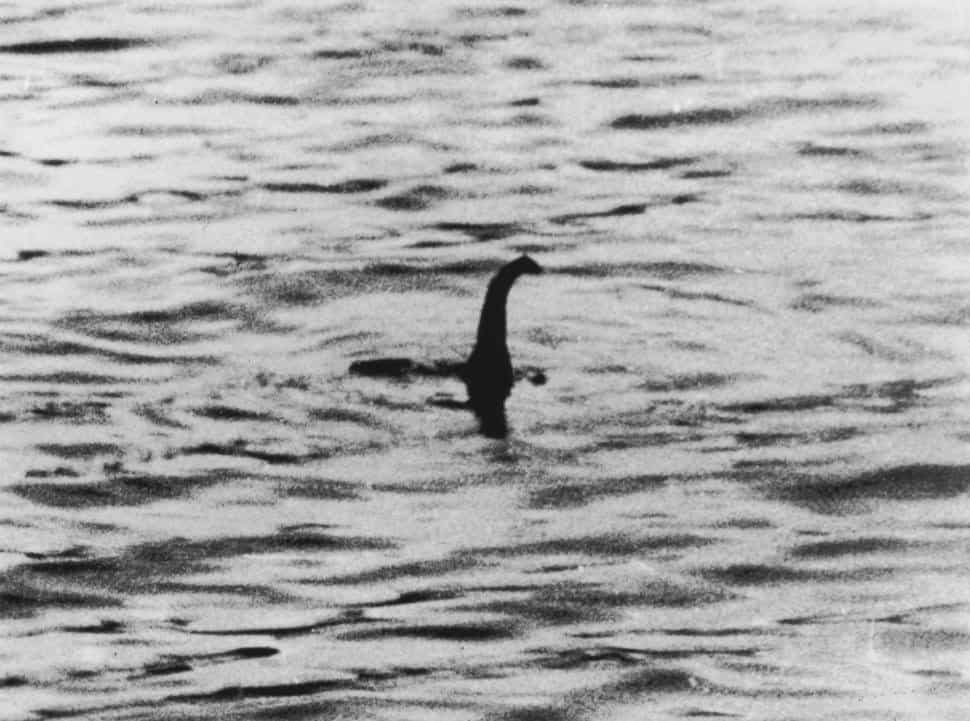 TV networks BBC, NBC, Fox, and Discovery have all purported news stories that claim the Loch Ness Monster has died because of the distinct lack of recent sightings. Too bad anyone believes these features – the man who took the picture publicly confessed the photo was a fake back in 1994. 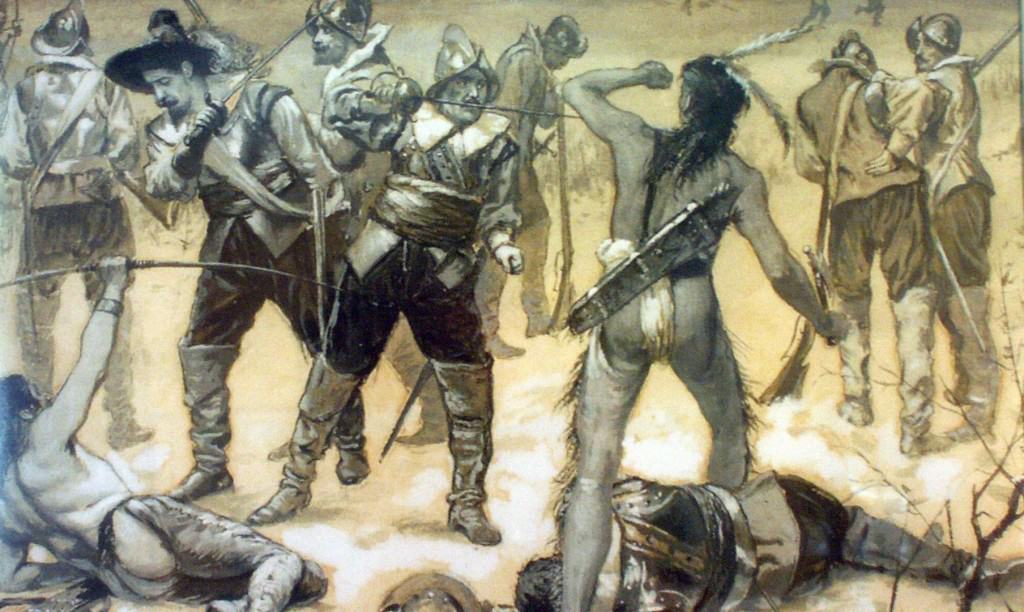 One of the famous stories of American history is the hard struggle of the European immigrants against the Native American people. Ironically, if the settlers had arrived a few years earlier they would have found a great many more people to deal with. Before the Pilgrims landed on American shores, about ninety percent of the Natives were wiped out by a horrible disease. Considering how hard the fight was against the few Natives that remained, America as the world knows it now is lucky to exist. 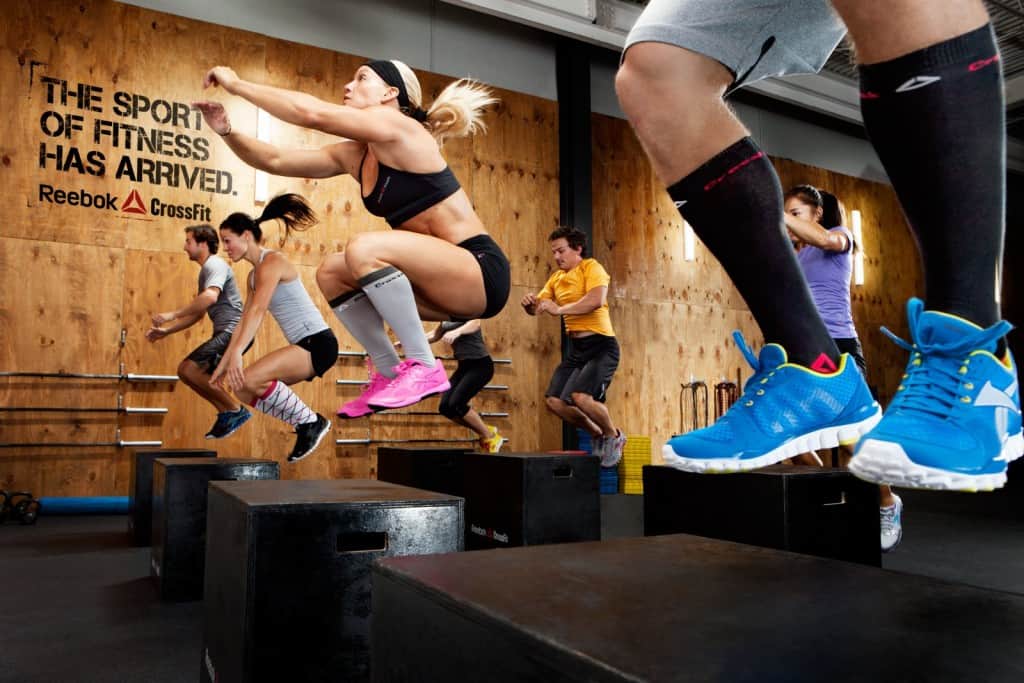 The world was abuzz with shock and curiosity when stories circulated about a gym in Denmark that offered naked Cross Fit classes to exercisers. It was actually just an April Fool’s joke – oddly enough though, the hoax was so talked about they actually started to offer the classes to those who expressed interest. 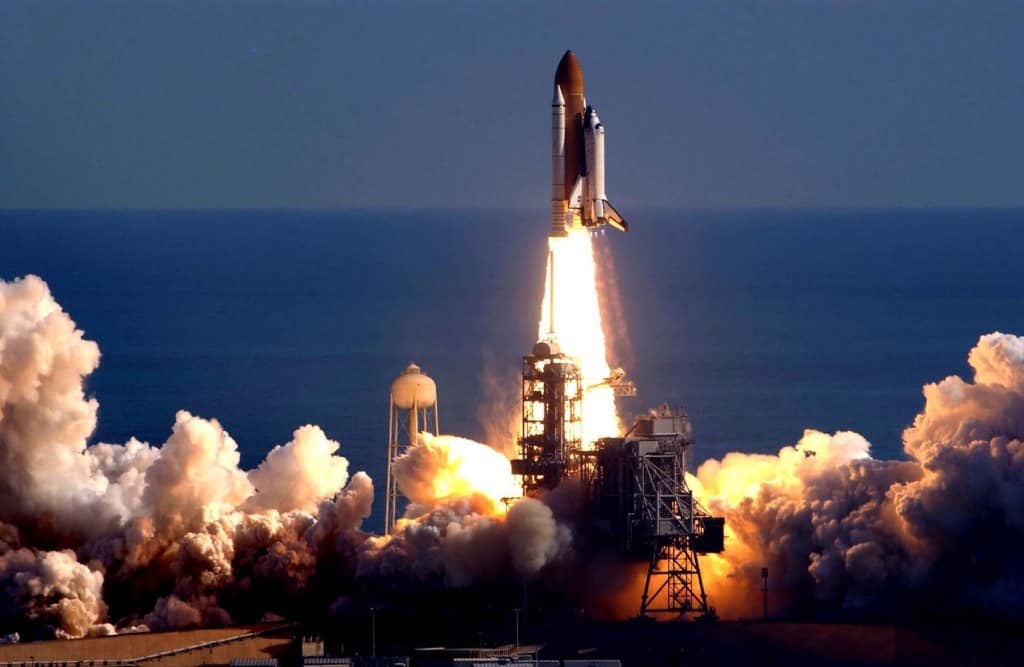 When the Columbia space shuttle exploded in 2003 when it tried to re-enter Earth’s atmosphere, everyone was wondering what happened. NASA figured out that it was insulating foam that came loose from the craft and hit the wing – the incident was nearly repeated two years later when the same flaw was found on the shuttle Discovery. 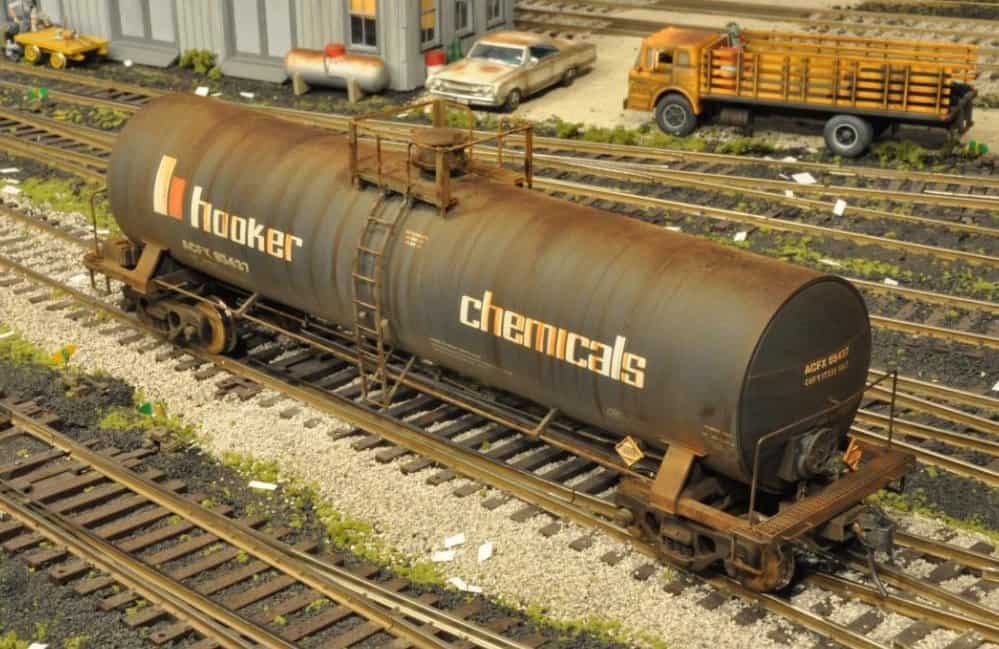 The company Hooker Chemical became a source of derision to many environmentalists when it had to pay a huge fine and relocation fees when a school was built on top of one of their toxic waste dumps in 1978. What most people never heard was that even though Hooker exceeded the regulations for chemical clean-up, they told developers it wouldn’t be a good place to build a school and only gave in when the school board threatened eminent domain. Hooker sold the site for one dollar with the caveat that there were still toxic chemicals there and it was a bad idea to build a school there. 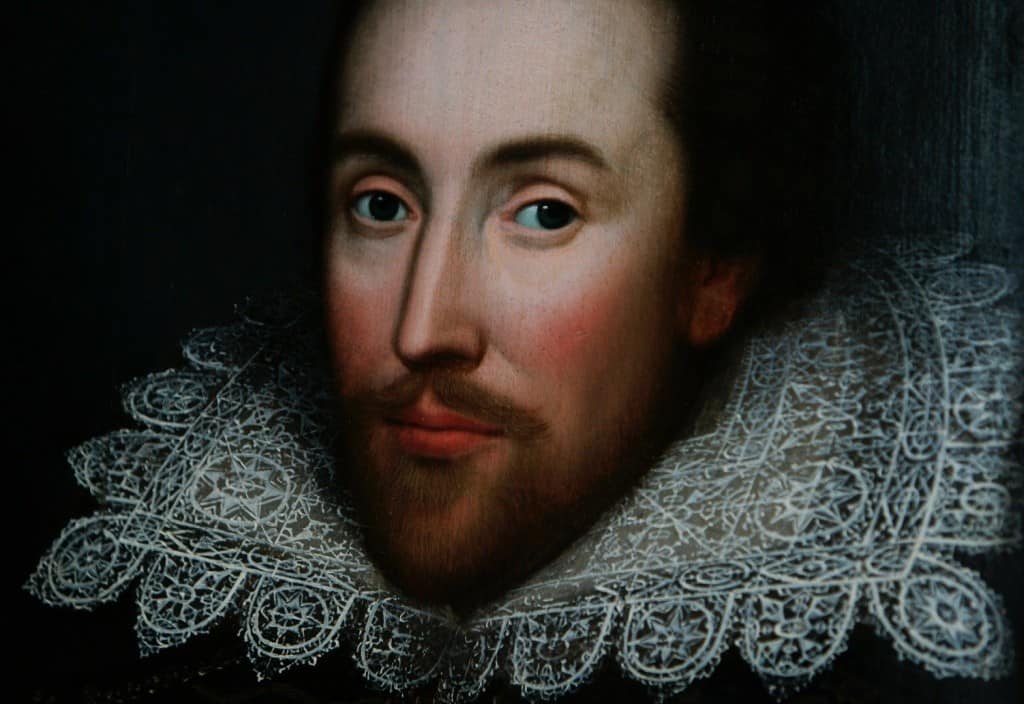 In grade school, teens are made to read the robust and romantic plays of William Shakespeare. Although the language might seem incredibly proper and consequently boring, your teacher probably never let you in on the secret that Shakespeare was anything but conventional and romantic. Most people never notice the rampant and cleverly-hidden sex jokes in all of his theater pieces, not to mention the less famous works that have plots involving everything from kidnapping and dismemberment to rape and cannibalism.