20 Documentaries That Will Make You Question Your World View

We view the world in a very set way because of the various lenses we use to perceive everything. Our world view, in reality, is limited by these lenses, preventing us from seeing things for what they really are. If you look at the current social, political, economical and environmental conditions of the world, you will realize that everything is heading towards a truly destructive direction. The only way out of this spiral we have placed our self in is to arm our selves with information. Here is a list of 20 documentaries that will help you understand the world better by opening your eyes to the reality of the situation. 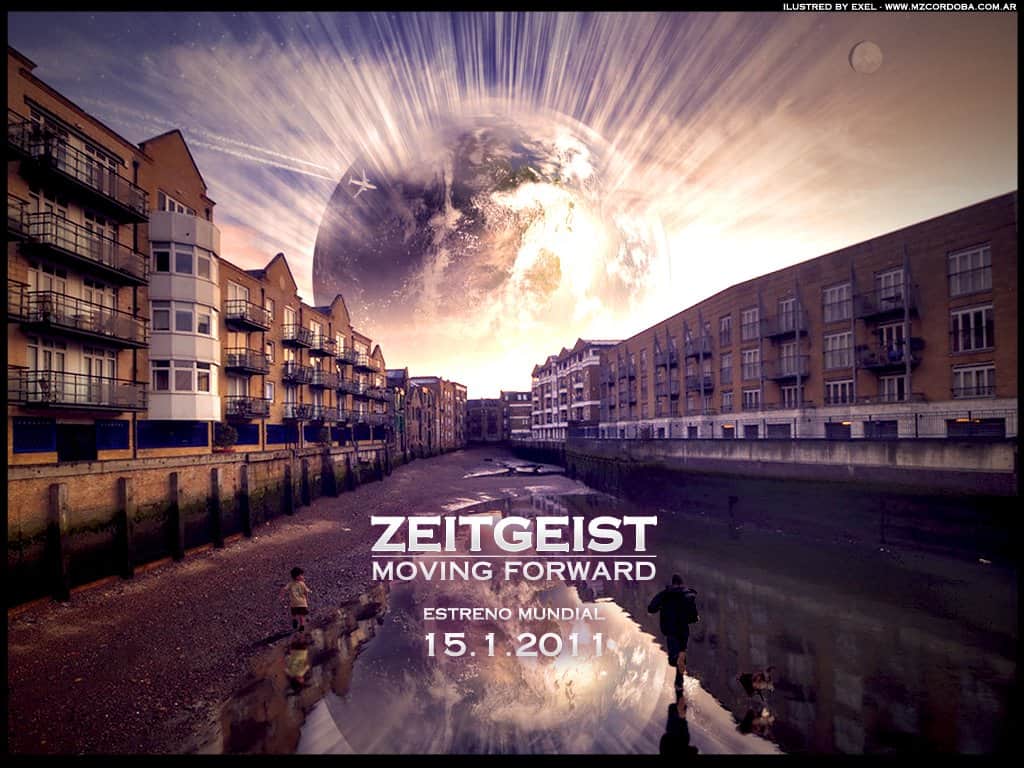 The Zeitgeist series began as a string of conspiracy theories but managed to genuinely evolve into something bigger than itself by offering concrete solutions to each of our existing problems. It is responsible for the creation of ‘The Zeitgeist movement’, a global initiative that is dedicated to creating a better system for us to follow. 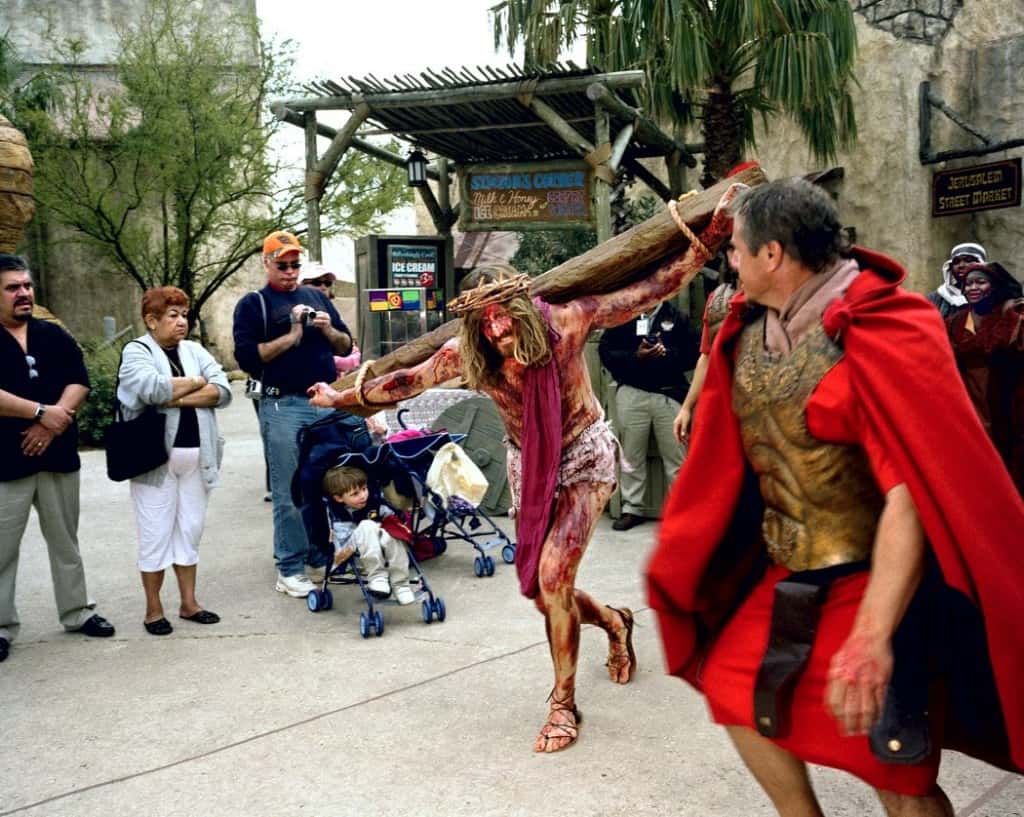 You need a certain level of guile and sensitivity to make a documentary about the religions of the world. Fortunately for everyone, Bill Maher does not possess either quality which is what makes Religulous such a pleasurable watch. Someone needs to ask the tough questions, even if it means an uncomfortable silence. 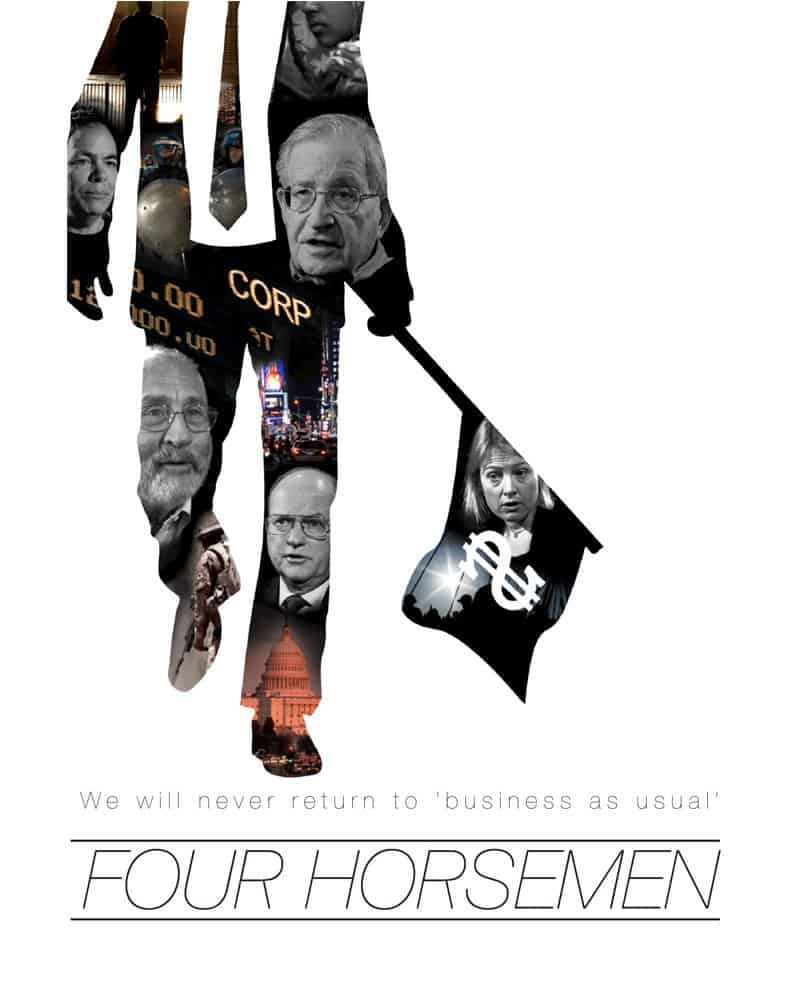 The current structure of the economy is so fragile that according to the United Nations, nearly 60 percent of the world economies will be bankrupt by 2050. We are all a part of a massive debt-creating machine, and the ‘Four Horseman’ does a great job examining this prevailing problem. 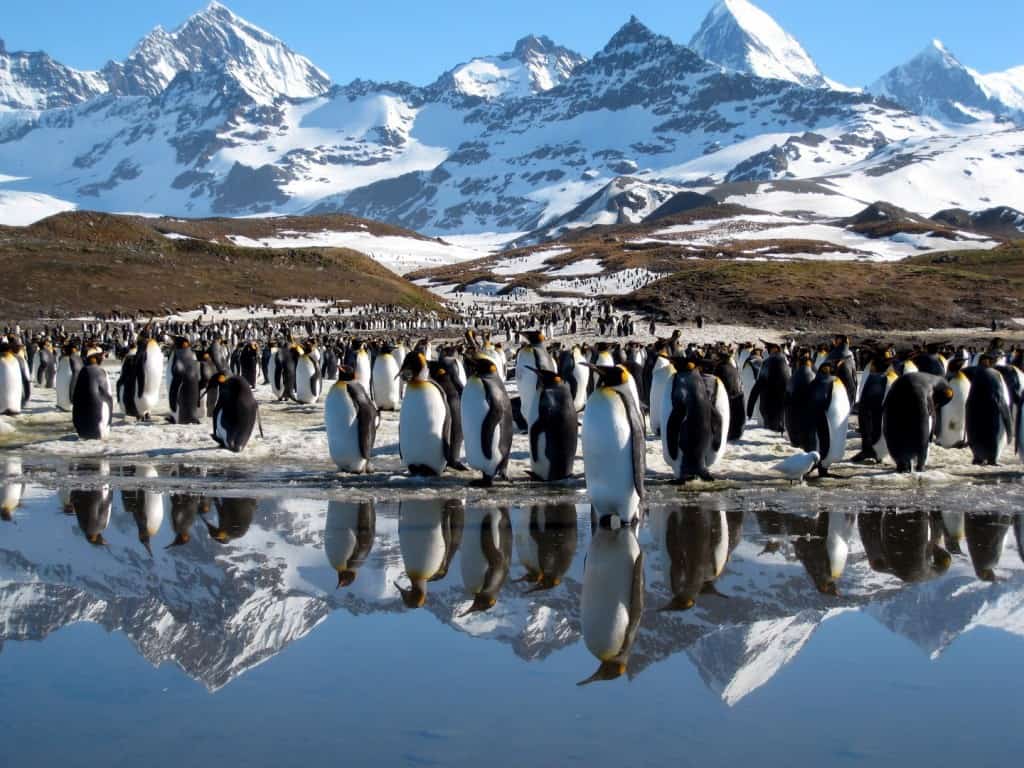 There is so much complexity to our planet that understanding the way it simply functions is a humbling process. The vast and varying landscapes are individually laden with its own systems and ‘Planet Earth’ does a great job of breaking it all down and explaining it, using some absolutely breath-taking visuals. 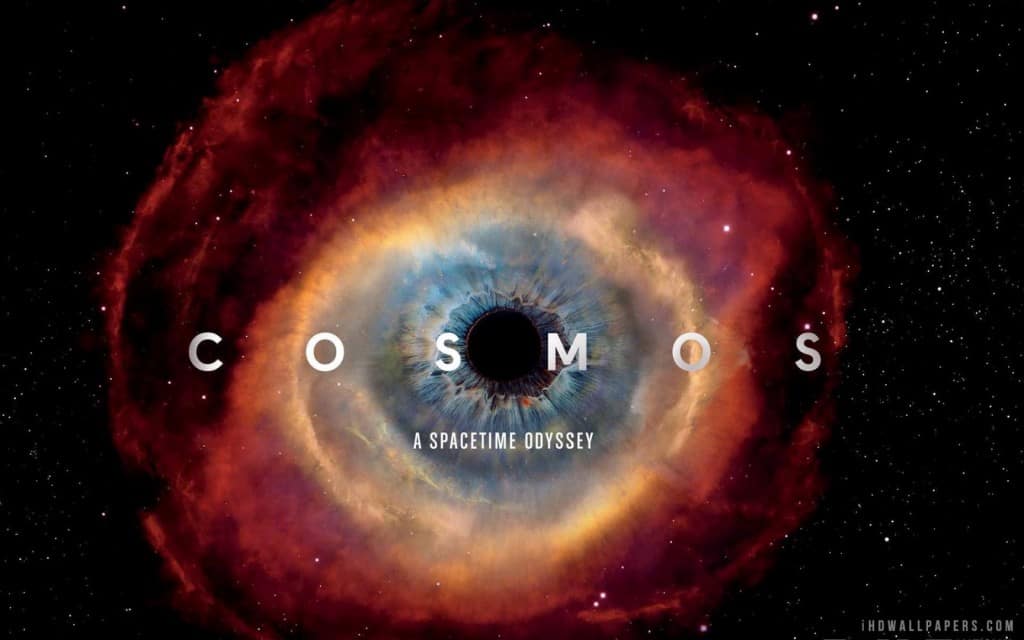 If you think our planet is complex, wait till you hear the rules of the cosmos. Understanding the individual elements that come together to create our universe is an experience that can broaden anybody’s world view. 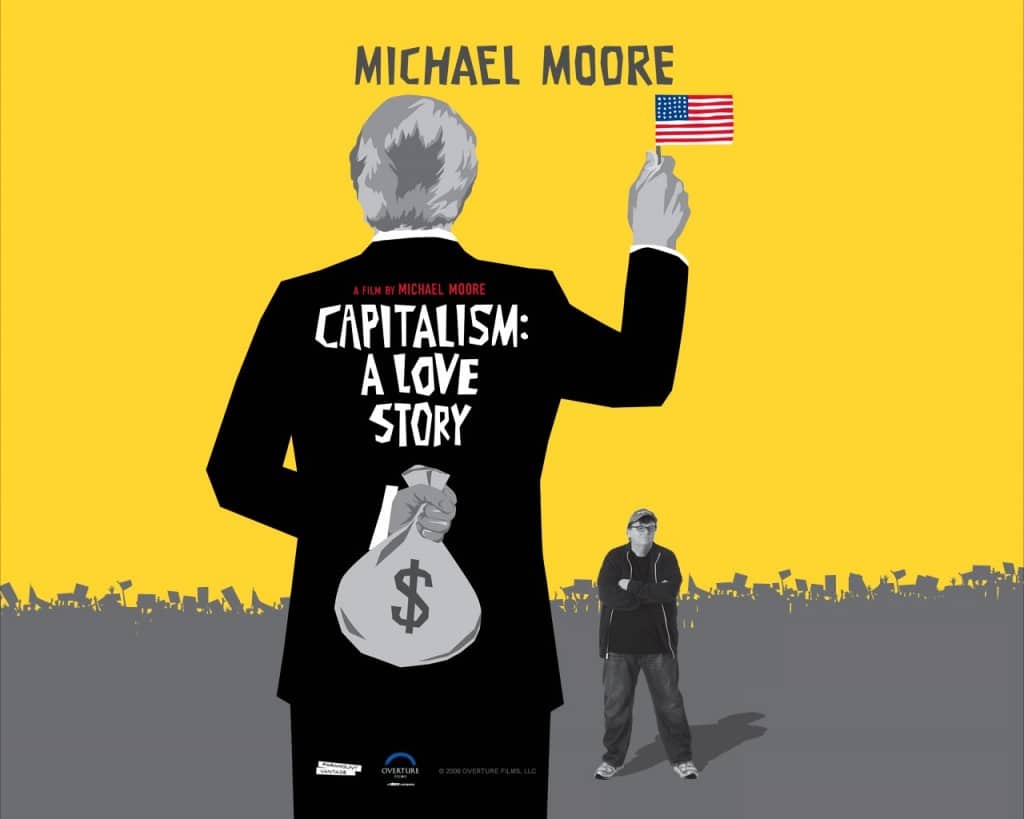 Capitalism has always been presented in a bloated form, strictly focusing on its merits while completely ignoring its negative facets. Michael Moore sheds some light on this very interesting topic and you will not believe the results. 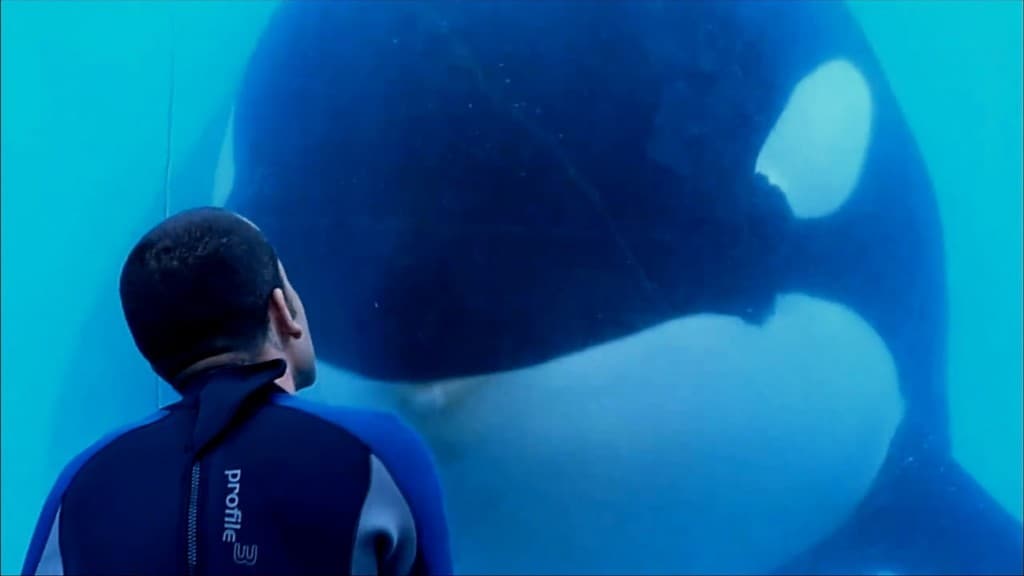 After watching the beautiful and poignant documentary ‘Blackfish’, you will realize how shallow and superficial our understanding of the world really is. We have completely underestimated the intelligence and compassion that exists in the co-inhabitants of our planet and understanding these important elements will only help enrich our own lives. 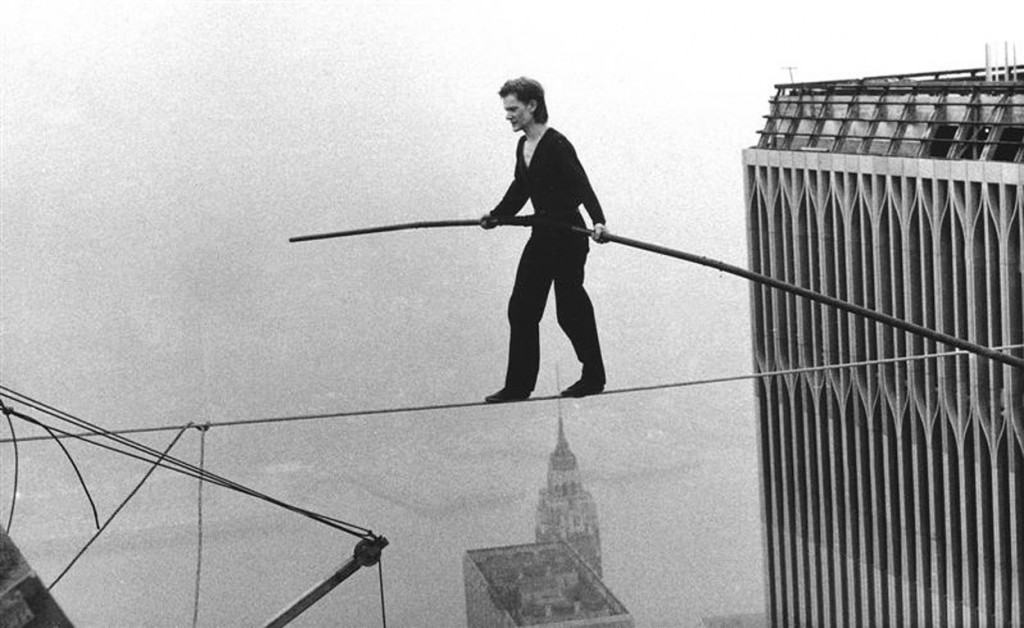 We tend to constantly underestimate our selves at various points in our lives. The truth of the matter is, is that we are capable of achieving whatever we choose to in life, despite the overwhelming odds against our favor. Watching ‘Man On Wire’ will help open your minds to the unlimited potential of our own possibilities. 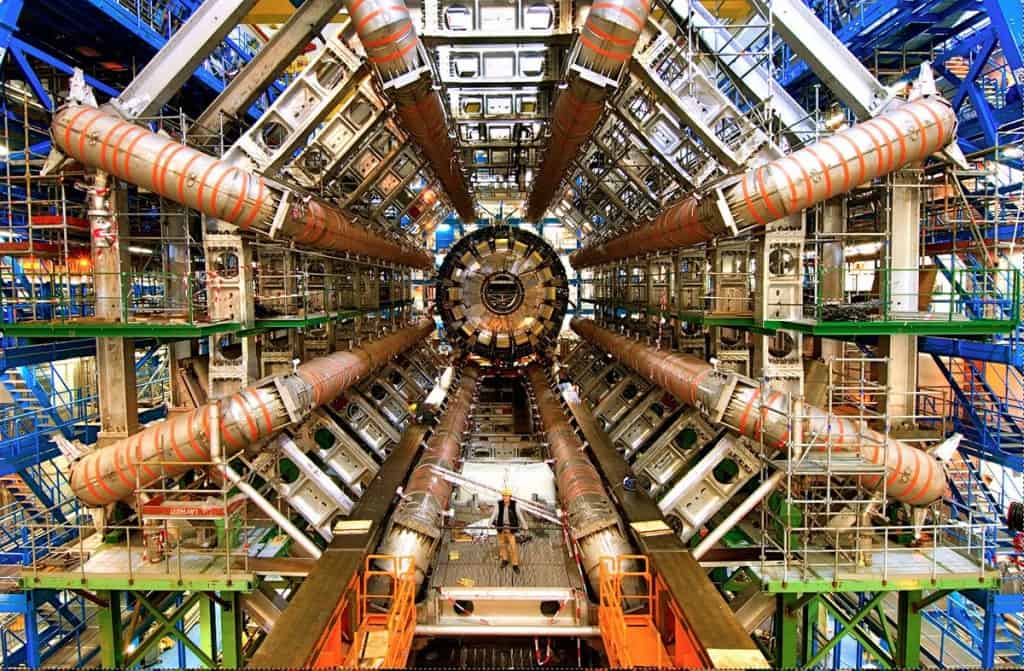 Scientists are constantly being forced to justify the extraordinary expenditure that went into building the Higgs Boson Collider. They aren’t entirely wrong either, because it cost the world nearly 5 billion dollars to build the scientific marvel. The answer to that specific question is a fascinating one, one that becomes the central idea behind the interesting documentary, ‘Particle Fever’. 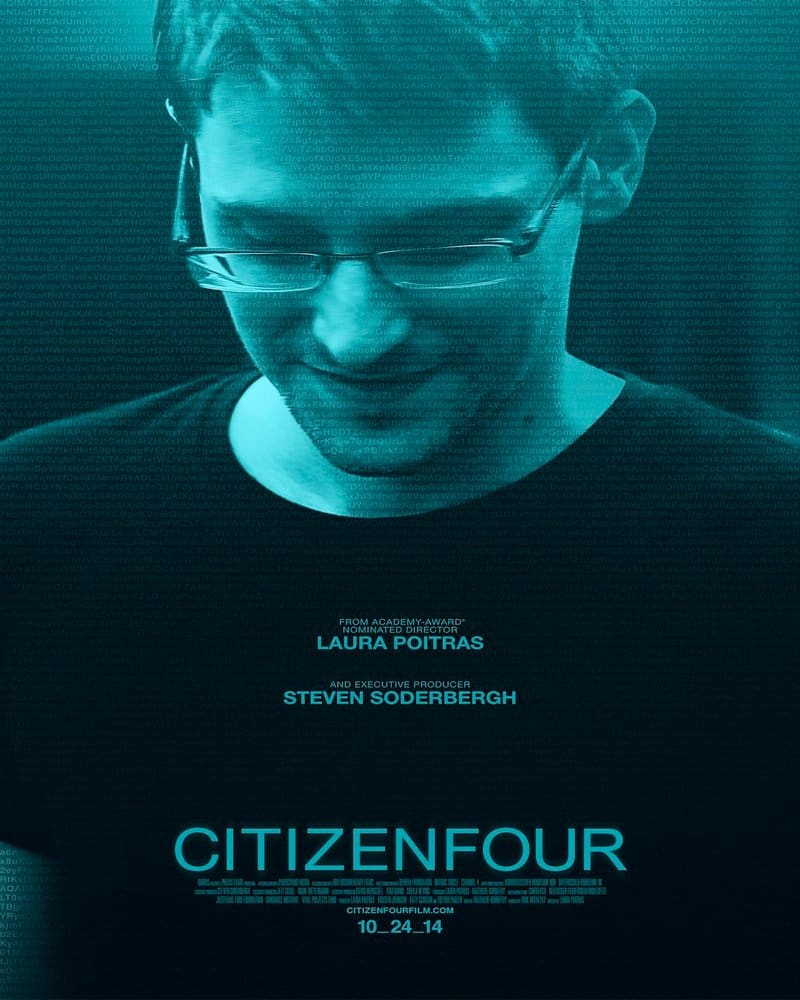 Edward Snowden became an enemy of the state when he decided to leak classified documents that highlighted the devious functioning of the CIA. Despite having to flee the country, his story has been told and it is one that needs to be heard for the sake of everyone’s privacy. 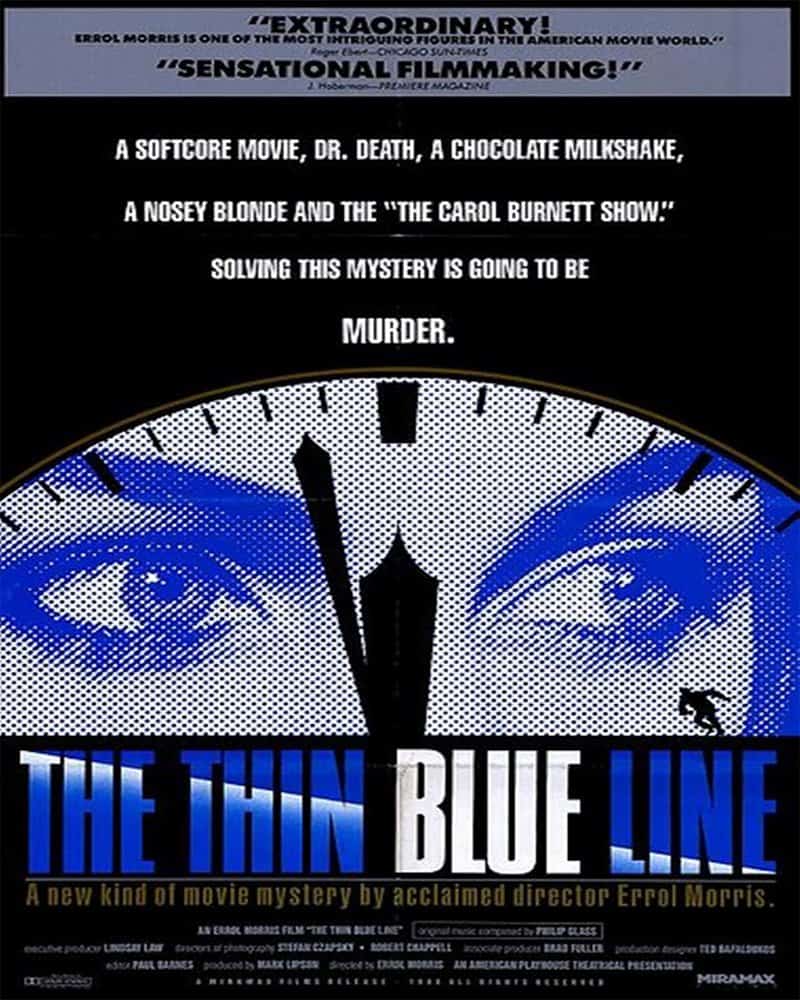 Most people tend to forget the power of the mediums they work in all their life. Films and documentaries have a tremendous capacity to create change in the world around us. ‘The Thin Blue Line’ is a documentary about a murder that is so well done, that it actually forced the re-opening of the case it covered, in order to acquit a man who was falsely convicted. 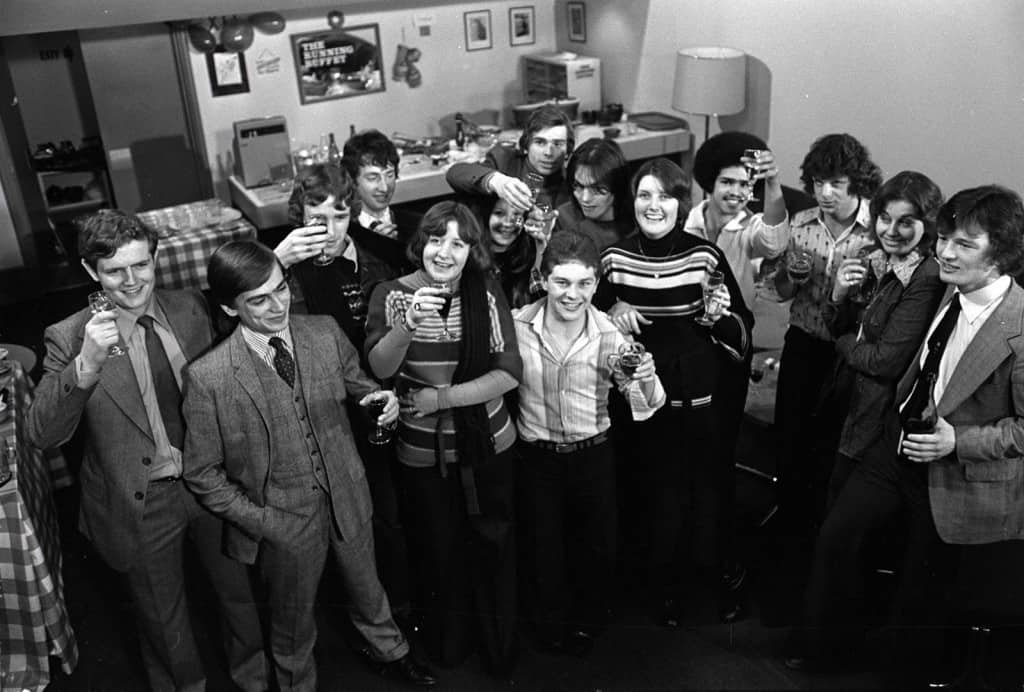 This genius idea was conceived all the way back in 1964. It involved filming 14 children on a regular basis and tracking the changes in their lives over an extended period of time. The documentary has been at it for over 60 years now and it has become a fascinating pool of information dealing with deep insights into human behavior and the decisions that eventually shape who we become. 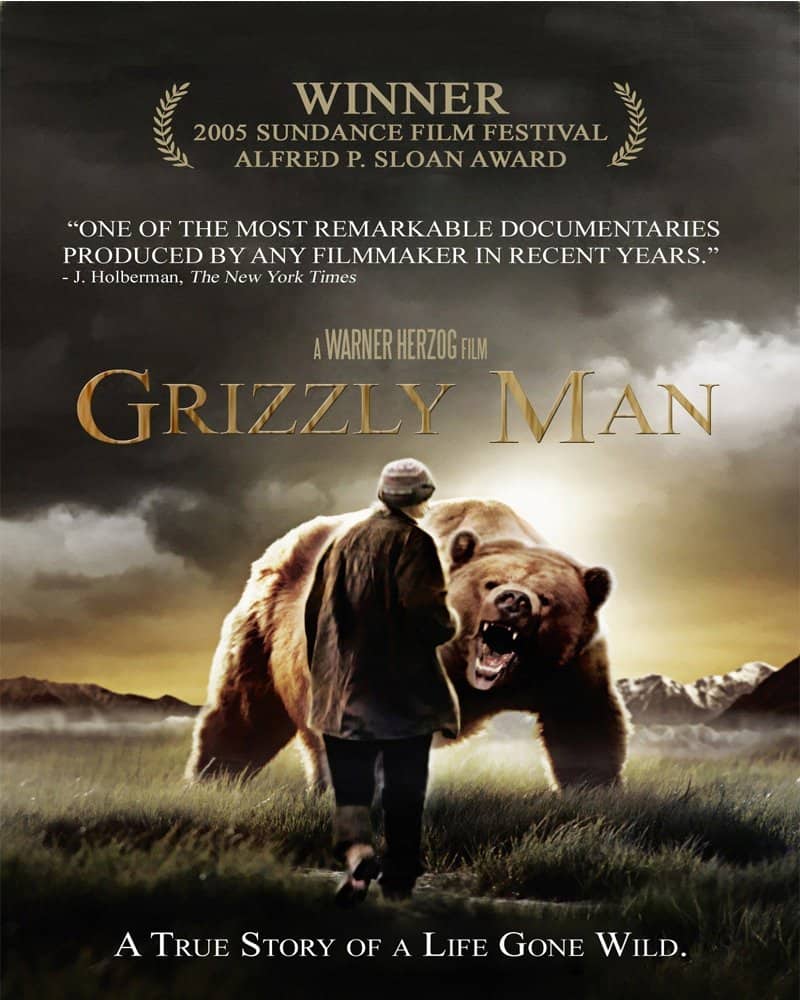 This incredible documentary was created using footage from Timothy Treadwell’s private files. It covers his time among a group of grizzly bears in an Alaskan reserve and the reasons he felt so connected with the animals. The shocking twist in the end is one that every one is aware of, as Timothy was eventually eaten by the bears he spent all his time with.

The Venus Project: Future By Design 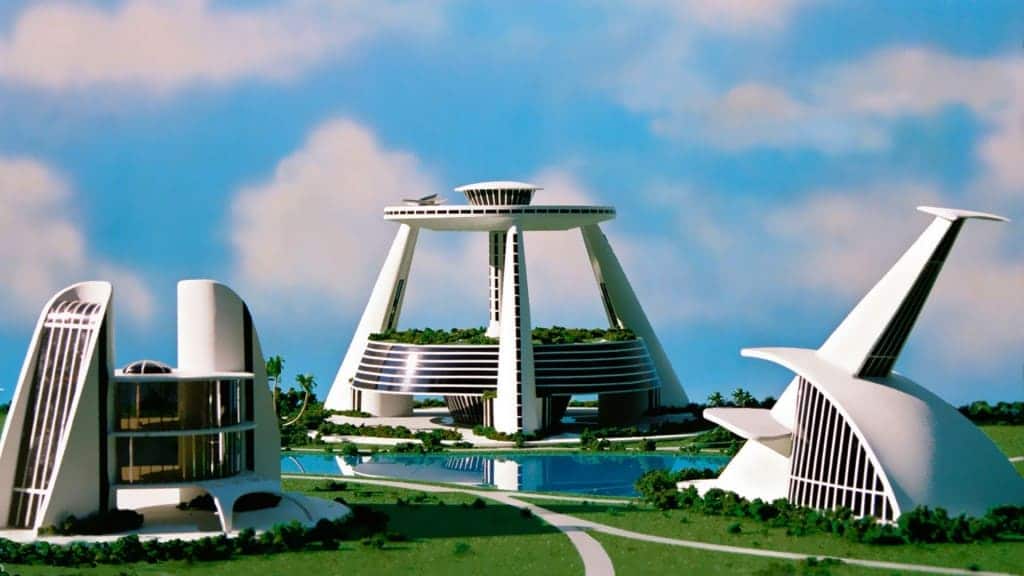 We are all made to believe that the current model of sustenance is the right one or at least the most feasible one. In reality, there are several alternative systems of management that could be so much more beneficial to our planet if considered. The Venus Project explores one such alternative, diving into the world of resource-based management and discussing a world that is bettered, using the best principles from science and technology. 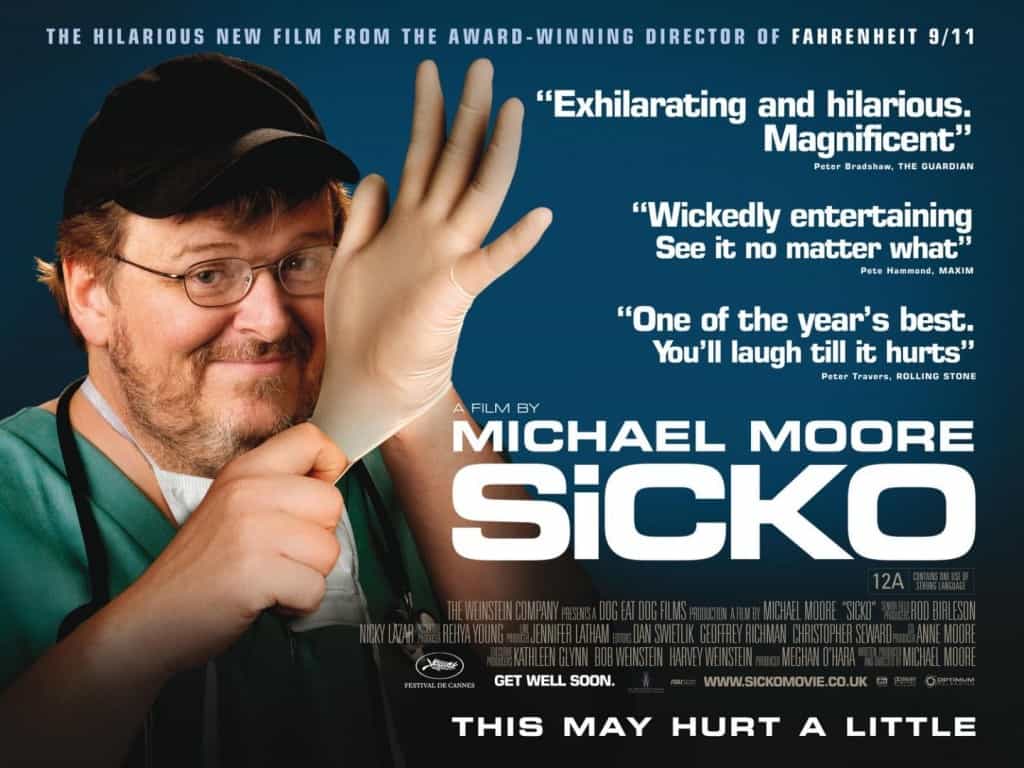 The business of medicine is a tricky one. It is supposed to exist purely to better our lives but has instead turned into a vital economic powerhouse of its own. In what is considered to be one of his finest works, Michael Moore takes a close look at this industry and all that ails it.

Enron: The Smartest Guys In The Room 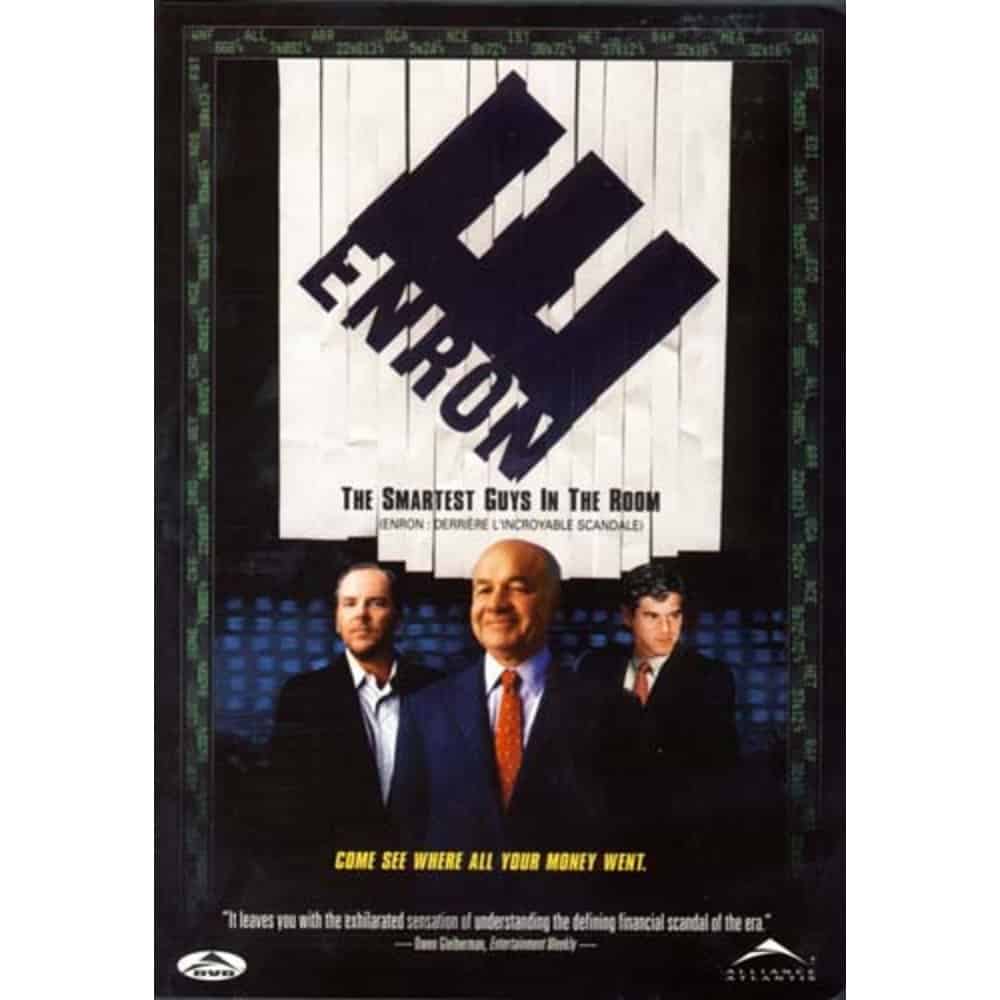 Corporations have now become more powerful than countries itself. A few of these mighty conglomerates have the power to shape the course of our planet by making a few important decisions. Enron was one such example until it came crashing down. This documentary takes a close look at the company and examines everything that lead to its eventual demise. 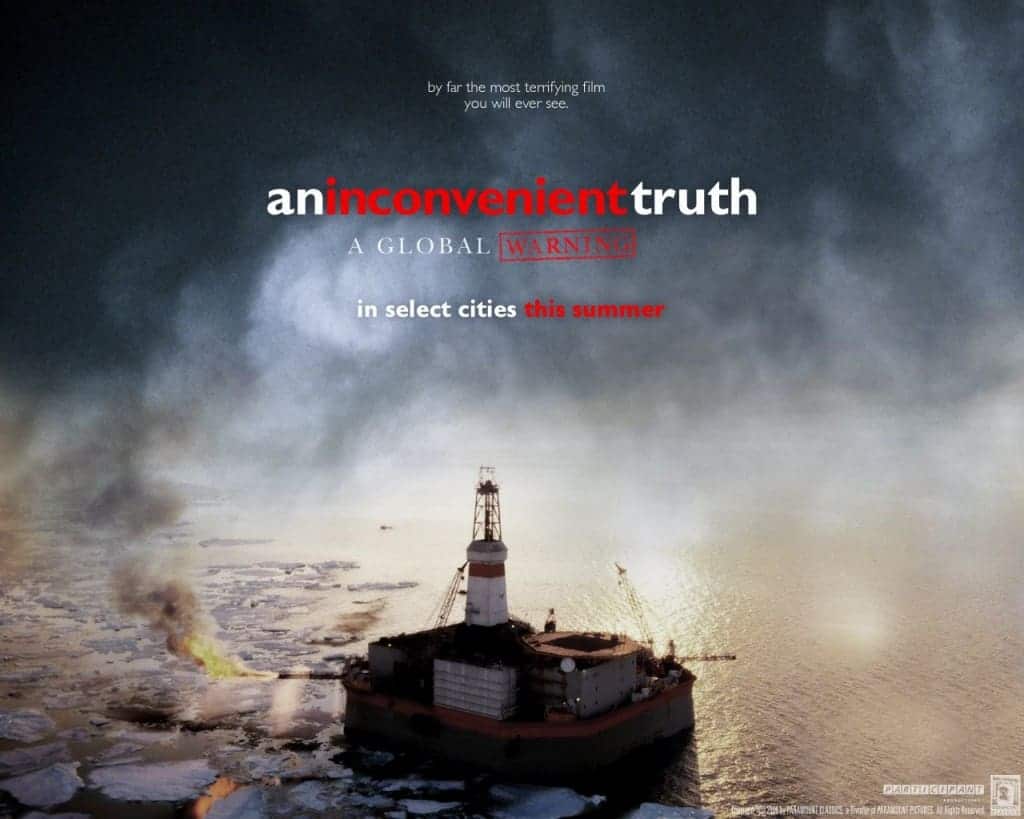 Another powerhouse work when it comes to tackling the issues relevant to our environment, ‘An Inconvenient Truth’ does wonders in raising our awareness regarding the environment and bringing to light some of the crucial factors that are shaping the current conditions of our planet.

Nietzsche: Beyond Good and Evil 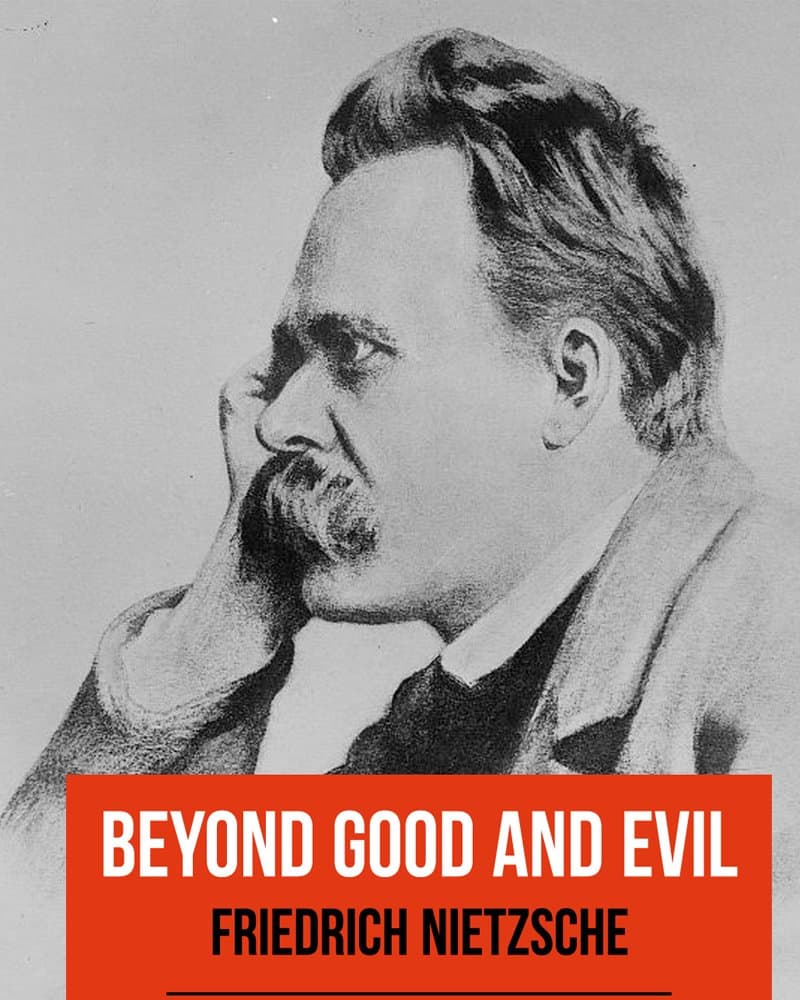 Nietzsche is considered to be one of the greatest minds of the world and his contributions to the field of philosophy is immense. This documentary examines one of his best works and makes us question our understanding of the concepts related to good and evil.

Secret Files Of The Inquisition 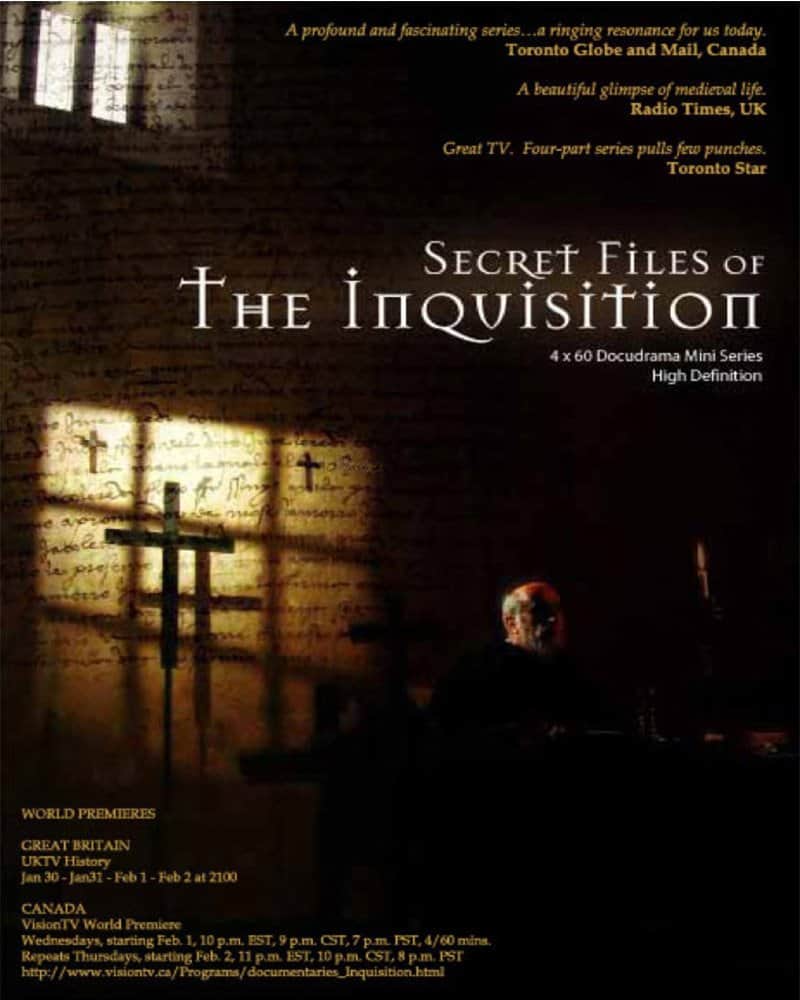 It is no secret that religious wars have been some of the bloodiest wars in human history. There is a lot we are not aware of when it comes to the area of religious propaganda and the actions necessary to spread the word on an individual faith. This eye-opening documentary examines some never-before seen evidence regarding this issue and highlights the cost of operating any major religious force. 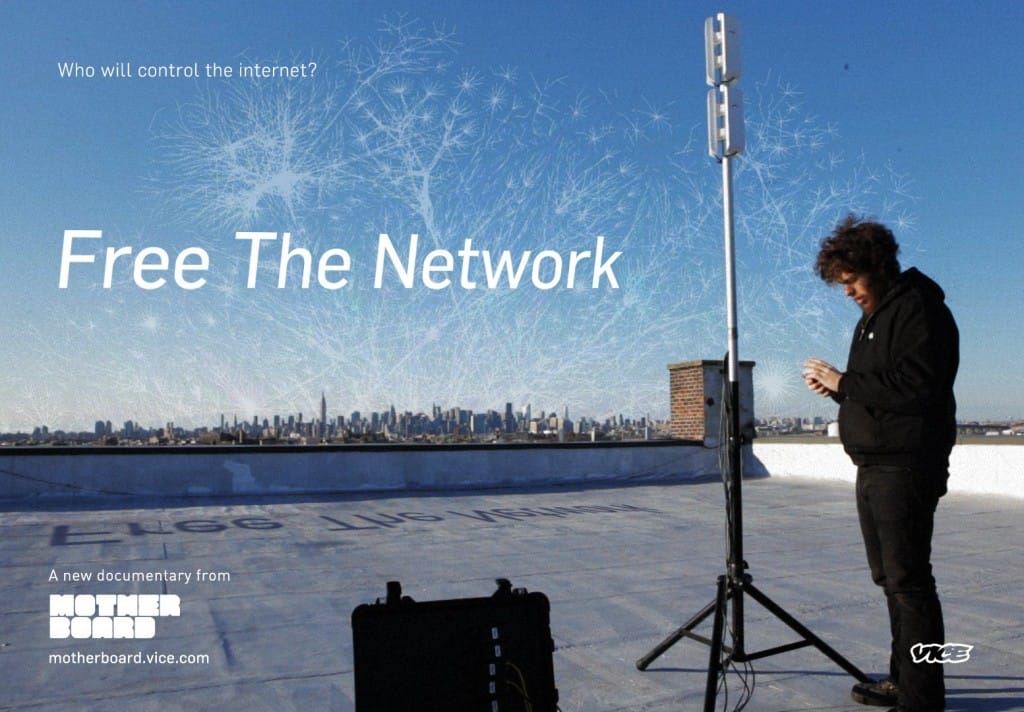 The Internet is one of the most important developments of the last century. It marked the beginning of true connectivity between different parts of the planet while simultaneously providing a medium that is free from any control. This could all change in this century as there are several external forces trying to direct the future of the internet and take control themselves. ‘Free The Network’ examines these unnerving possibility and provides you with the information to help prevent this from ever happening.