20 Best Movie Soundtracks Of All Time

The integration of cinematic moments with highly memorable music tracks has always been vital to the process of storytelling. Soundtracks have been used differently by various film industries around the world in order to maximize the impact of crucial plotlines. This utilization of certain songs with famous films has helped both the music industry and the film industry promote and further their trades. Here is a list of 20 movies that have featured the best and most memorable soundtracks of all time. 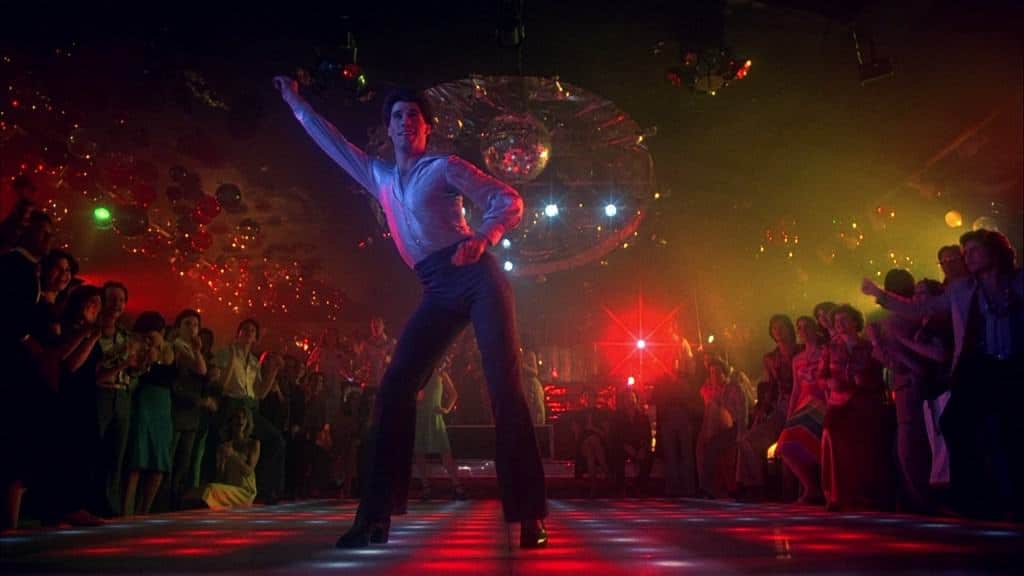 The 70’s, John Travolta, Disco and Saturday Night Fever almost became synonymous with one another after the launch of this film. The movie was thoroughly entertaining and the soundtrack did an amazing job exemplifying the zest and energy of an era that is long gone now. 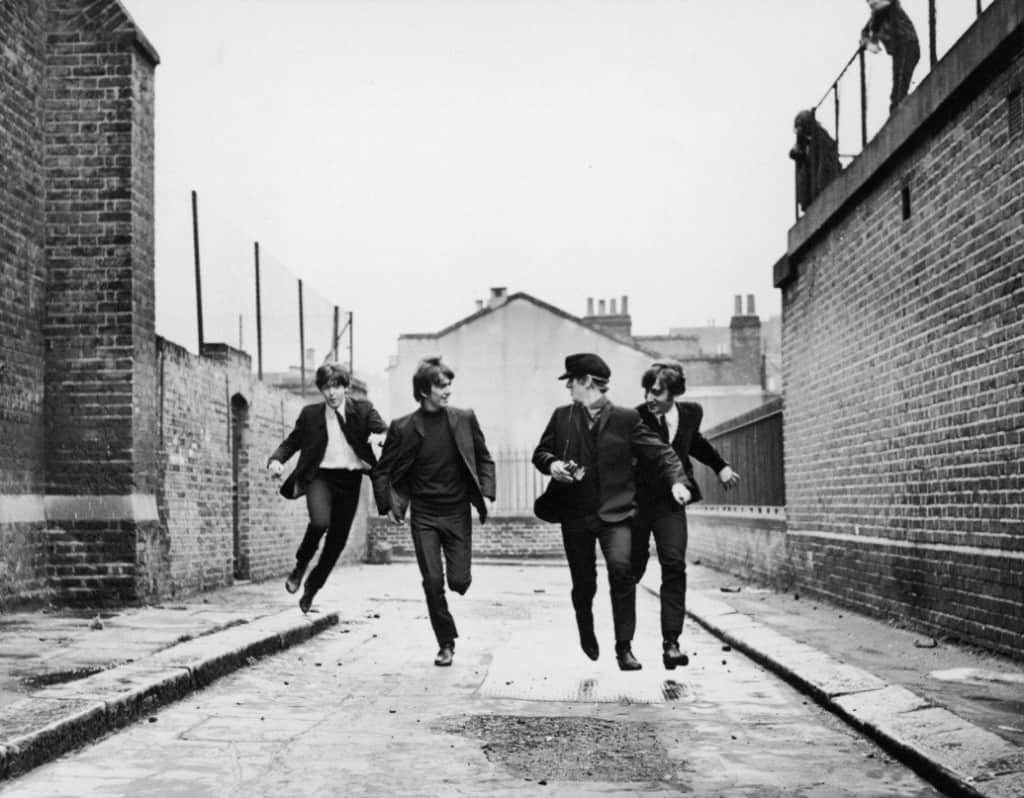 The Beatles have been a part of the biggest music revolution in the world during their peak years in the 60’s. They had a bigger fan following than any other band in the world and they managed to extend their musical careers to the silver screening, starring and composing in movies such as ‘A Hard Day’s Night’. 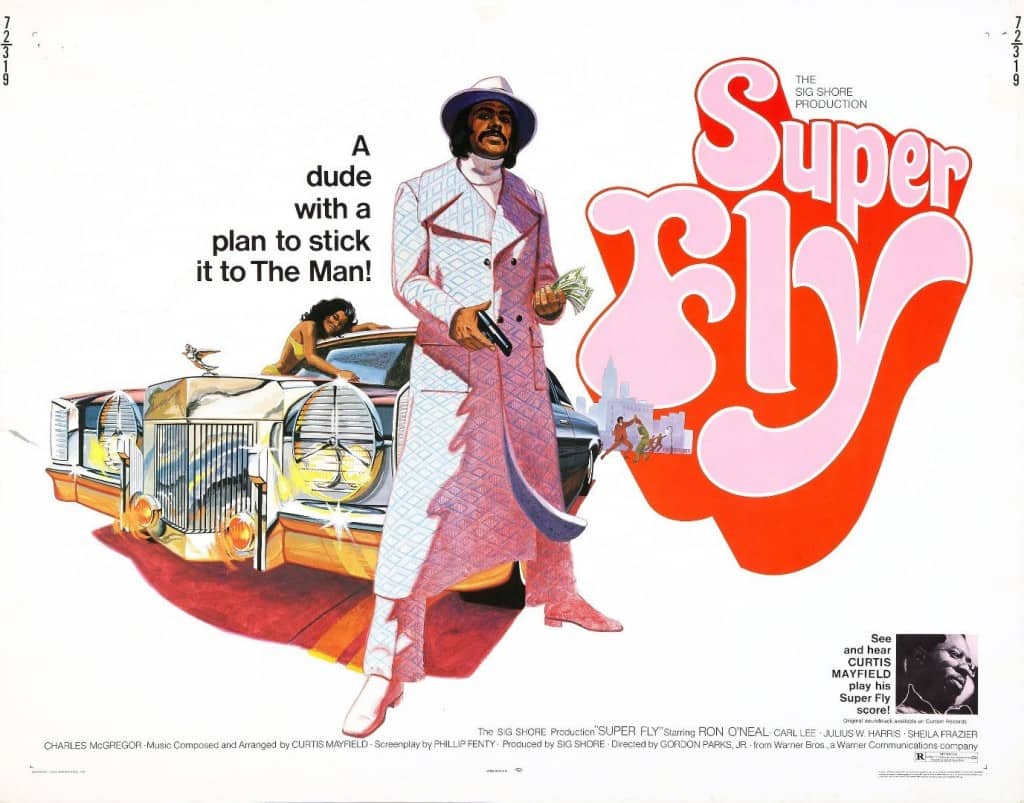 ‘Superfly’ and its hypnotic soundtrack was extremely relevant culturally when it was released in 1972. The R&B tracks composed by Curtis Mayfield were excellent, both lyrically and structurally. It focused on ‘blaxploitation’ and utilized a brand of music that has been sampled by artists from this generation such as Eminem and Ice-T.

The Sound Of Music 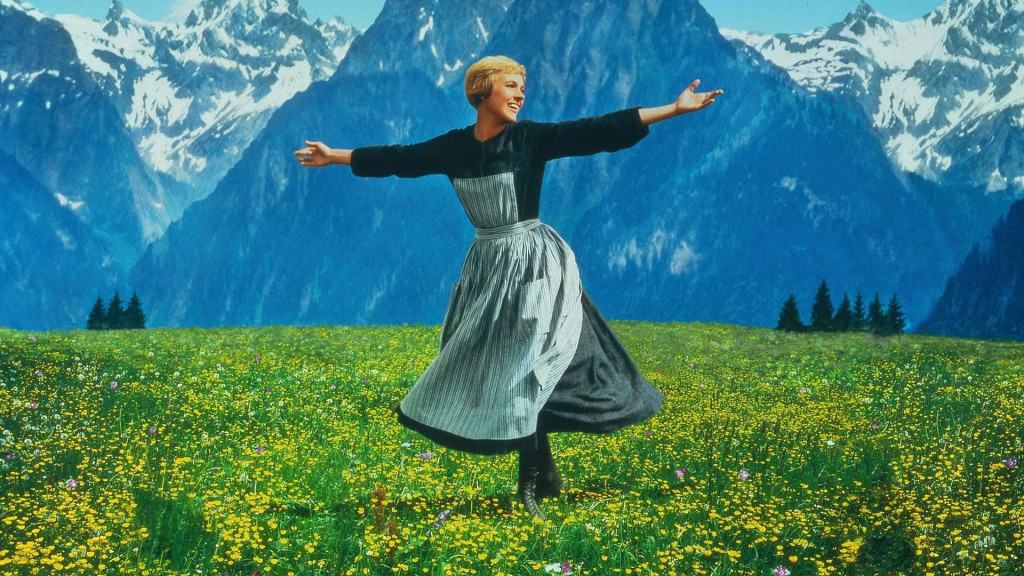 This charming film remains one of the most popular classic films of all time and featured one of the most memorable soundtracks ever composed. The tunes were energetic, thoughtful and fit right into the context of the film, making them more a part of the cinema instead of simply an additional tool used to extend the process. 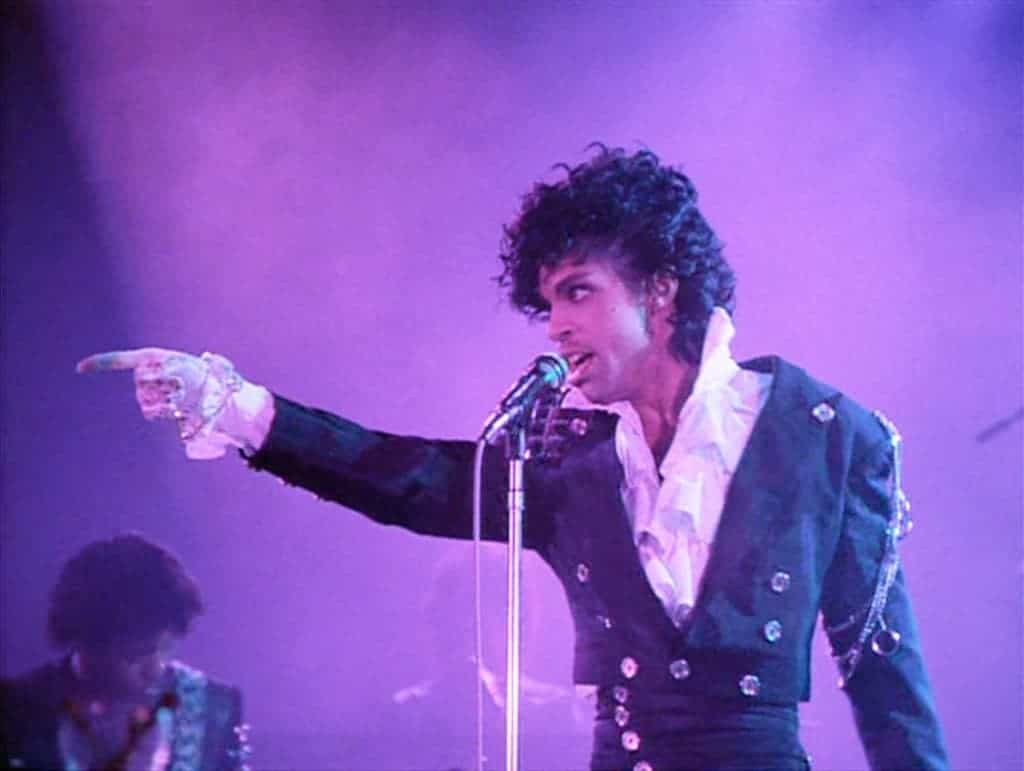 Although this film has not stood the test of time and is almost unwatchable at this point, the soundtrack created by Prince managed to capture the essence of what it means to be a musician. With popular hits such as ‘When Doves Cry’, ‘The Beautiful Ones’ and of course, ‘Purple Rain’, the soundtrack in the film is nearly perfect and is perfectly representative of the ideas between rock ‘n’ roll. 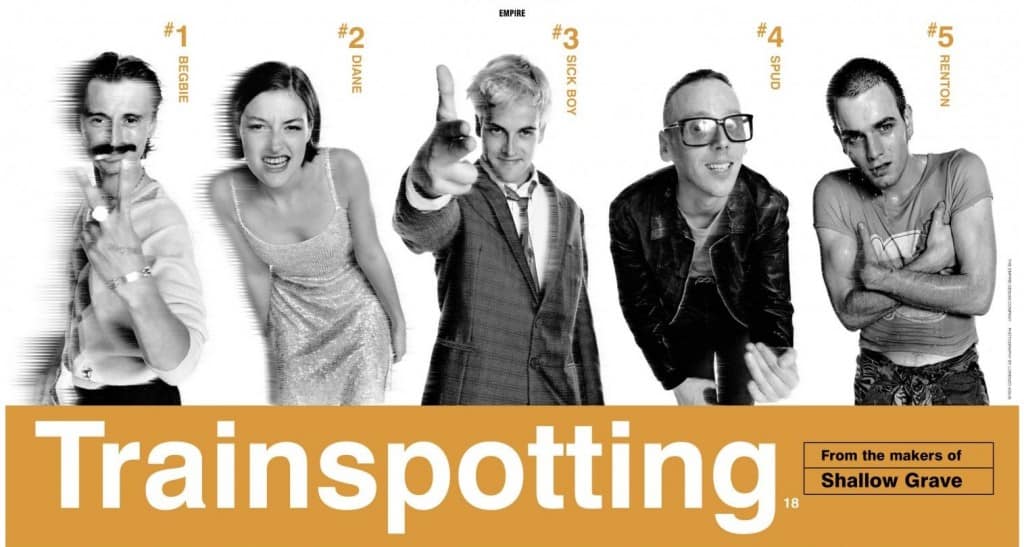 ‘Trainspotting’ is an excellent film that was taken up several notches thanks to the brilliant soundtrack used in a smart way. The brilliant overlay of disturbing visuals and distinguished music helped the film impact the audience in a far more powerful manner. 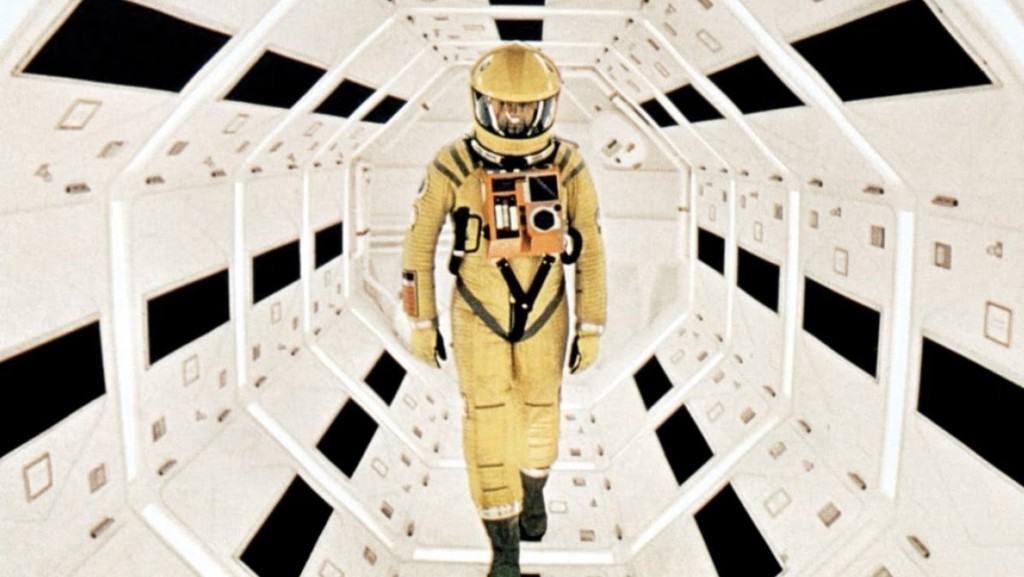 Stanley Kubrick was always known for creating powerful visuals that utilized appropriate musical tones to help drive the point home. His use of classical compositions to maximize the cinematography in ‘2001: A Space Odyssey’ is the perfect example of soundtracks being used in a clever and sophisticated manner. 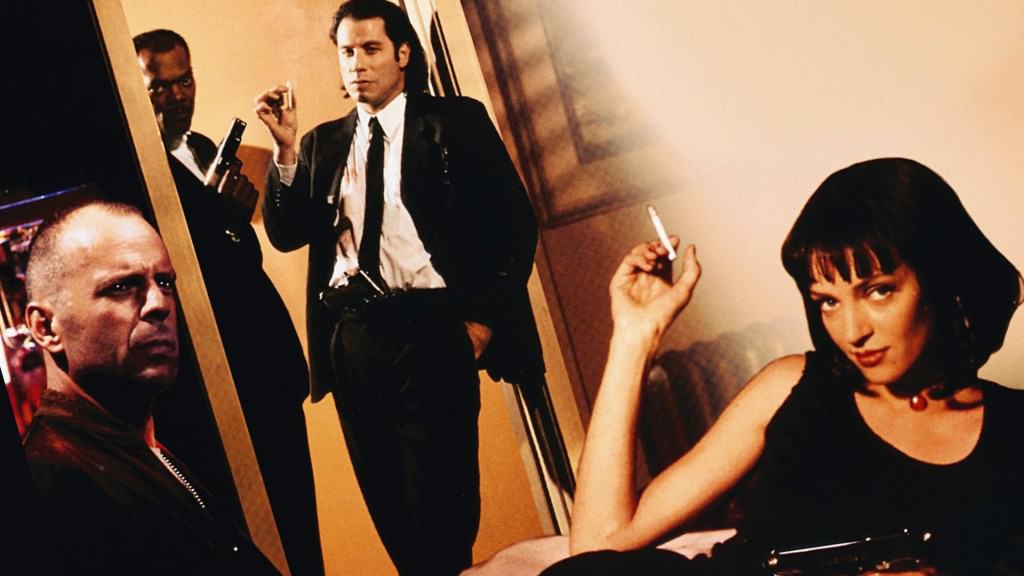 Quentin Tarantino is yet another director who is skilled in the art of utilizing music to accentuate the power of visuals. His use of pop, rock and blues is exemplary, as is best seen in the cult-classic ‘Pulp Fiction’.

This Is Spinal Tap 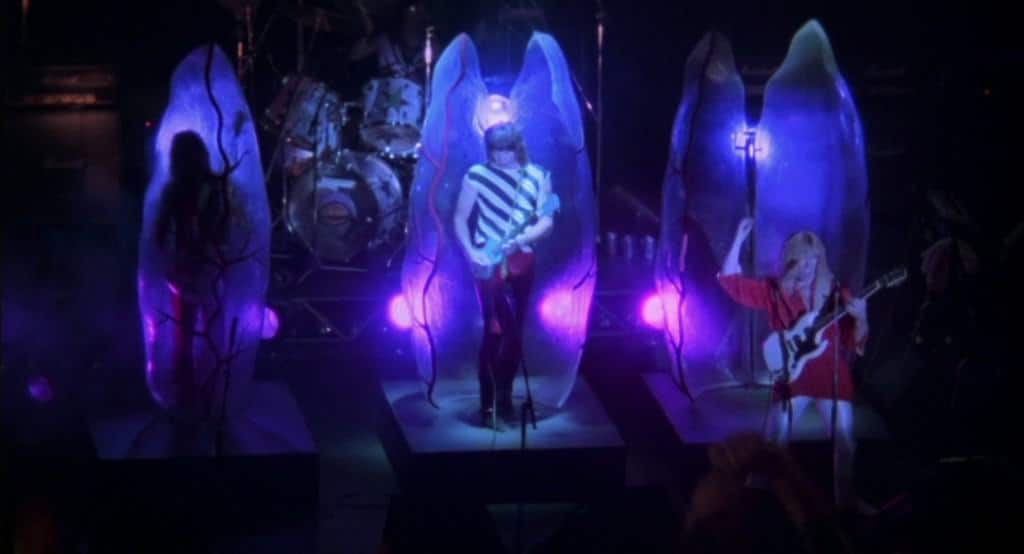 This hilarious and timeless mockumentary-styled film follows the exploits of a famous rock ‘n’ roll band. With the hook like that, the film required a strong soundtrack that could compliment the concept of the story. Luckily, ‘This Is Spinal Tap’ turned out to not just be a laugh riot, but a foot-tapping, head-bobbing extravaganza as well.

O Brother, Where Art Thou? 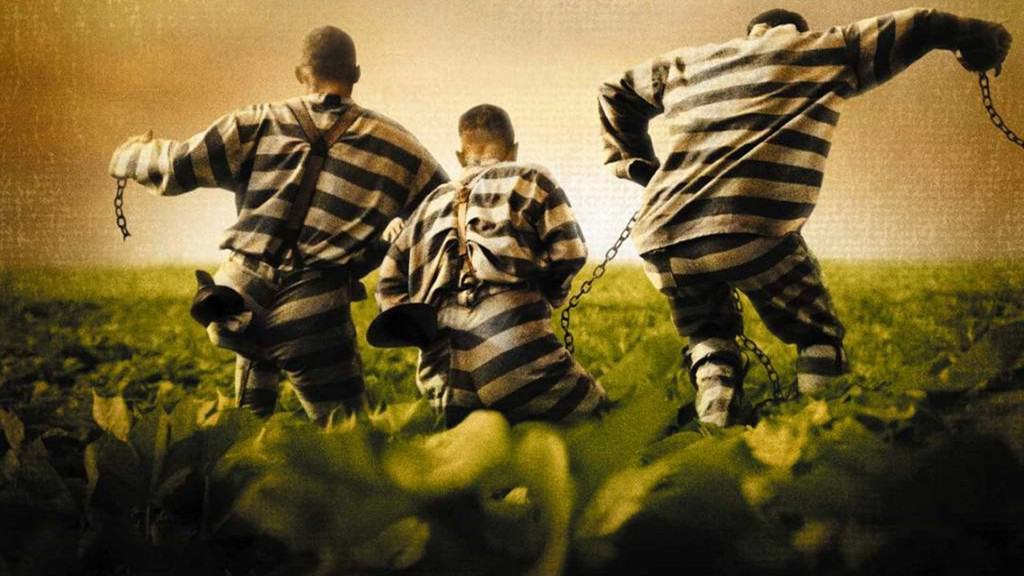 This unique film deserved a truly distinguished sound to help compliment the complexity and depth of the storyline. The use of country and bluegrass tunes played perfectly well within this context and did a great job in maximizing the impact of the film. 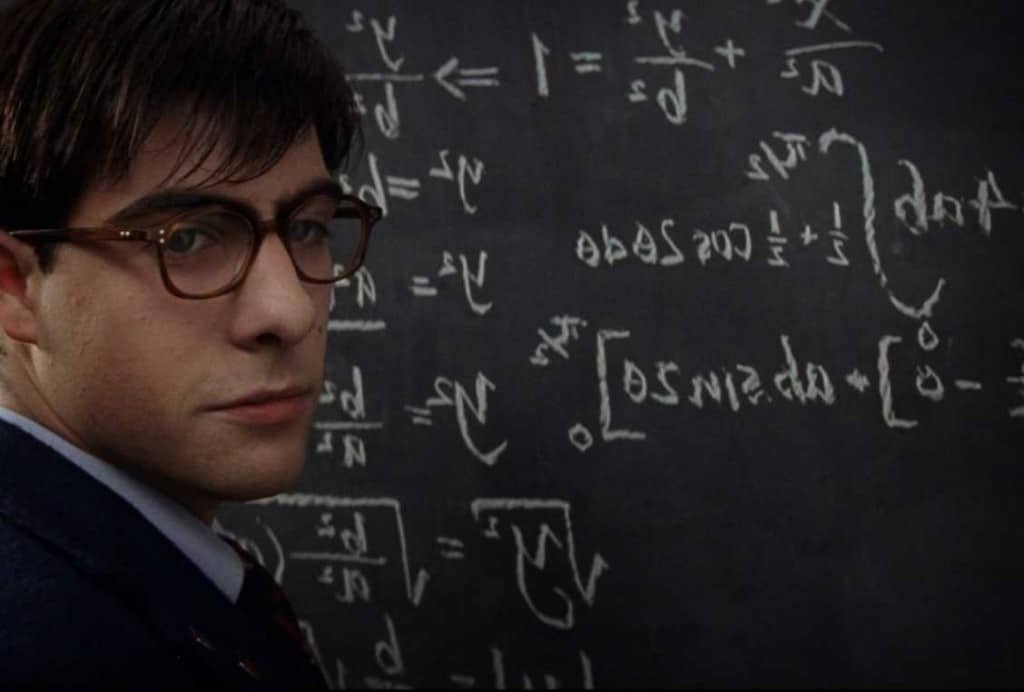 Wes Anderson has always been a man who is obsessed with details. His movies are extremely rich thematically and cinematically but they also receive a severe boost thanks to the apt use of soundtracks. ‘Rushmore’ is a great example of a good film taken to new heights by clever use of direction and sound. 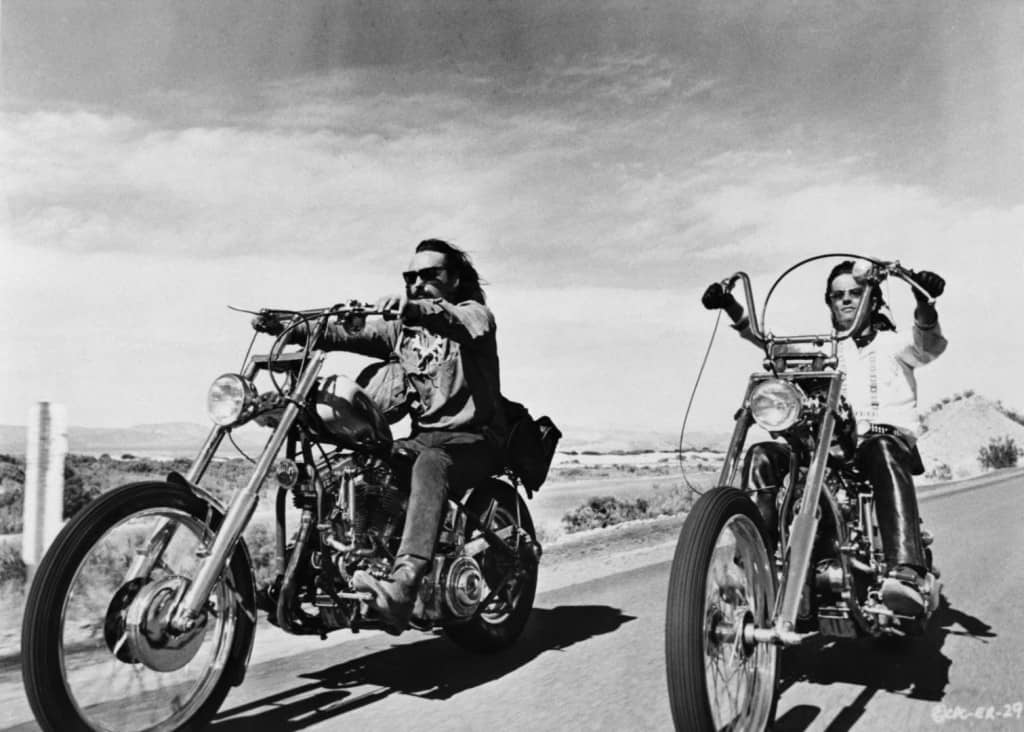 It is said that Dennis Hopper selected many of the songs used in the soundtrack of ‘Easy Rider’ based on the tunes he caught on the radio. It was lucky then that he came across genius tracks like ‘Born To Be Wild’ and ‘If 6 Was 9’ as they were immortalized on film and became an even more integral part of our pop-culture. 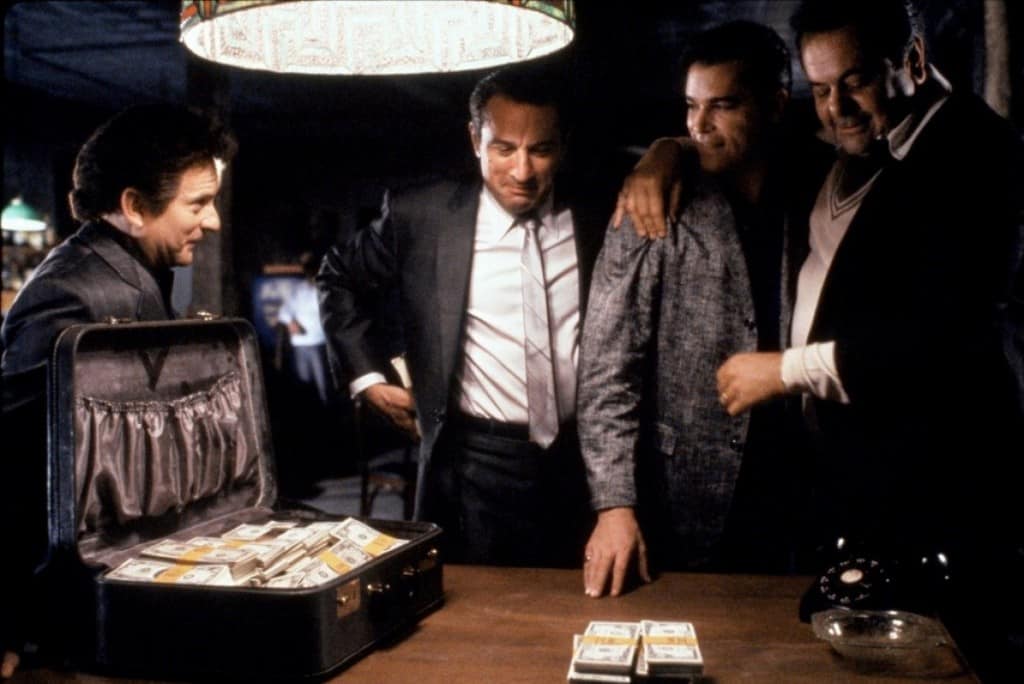 Martin Scorcese is one of the best directors in the world at this point and his ear for soundtracks is just as sharp as his eye for the camera. He constantly turns to classic rock compositions to bring a level of flair to his films and one of the best examples of his great soundtracks is undoubtedly ‘Goodfellas’. 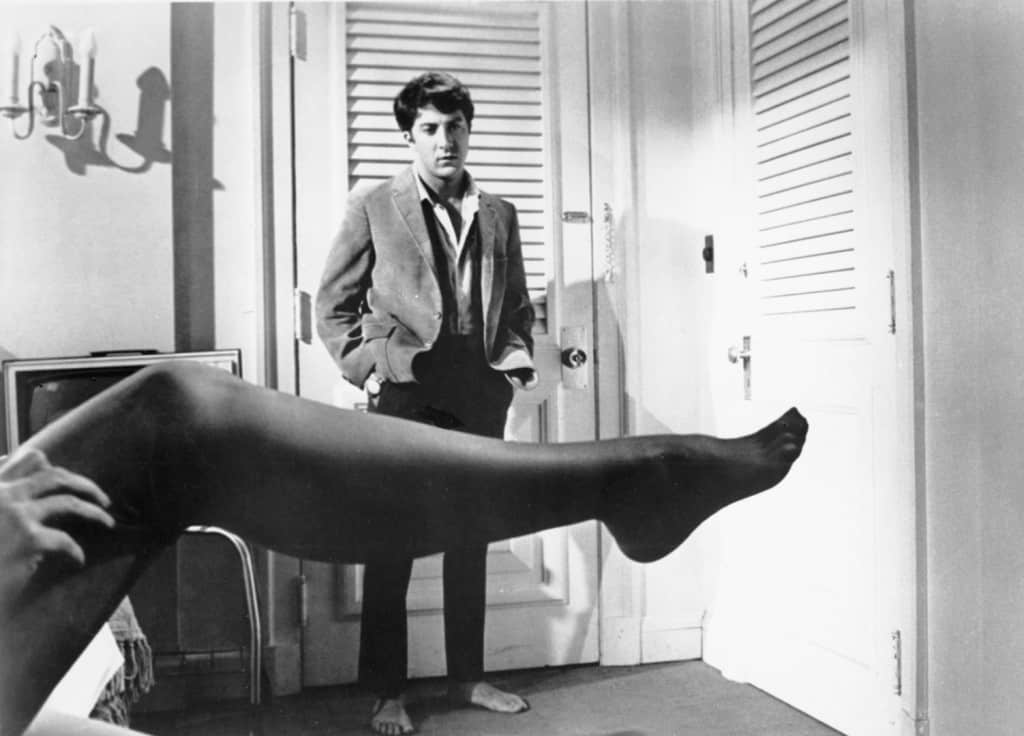 If you are making a film in the sixties about the alienation one feels straight after leaving college, it is a masterstroke to use the musical styling’s of a genius team such as Simon and Garfunkel who were musical embodiments of the angst predominantly seen in the generation. The film was a great success and the soundtrack is popular even today.

Guardian Of The Galaxy 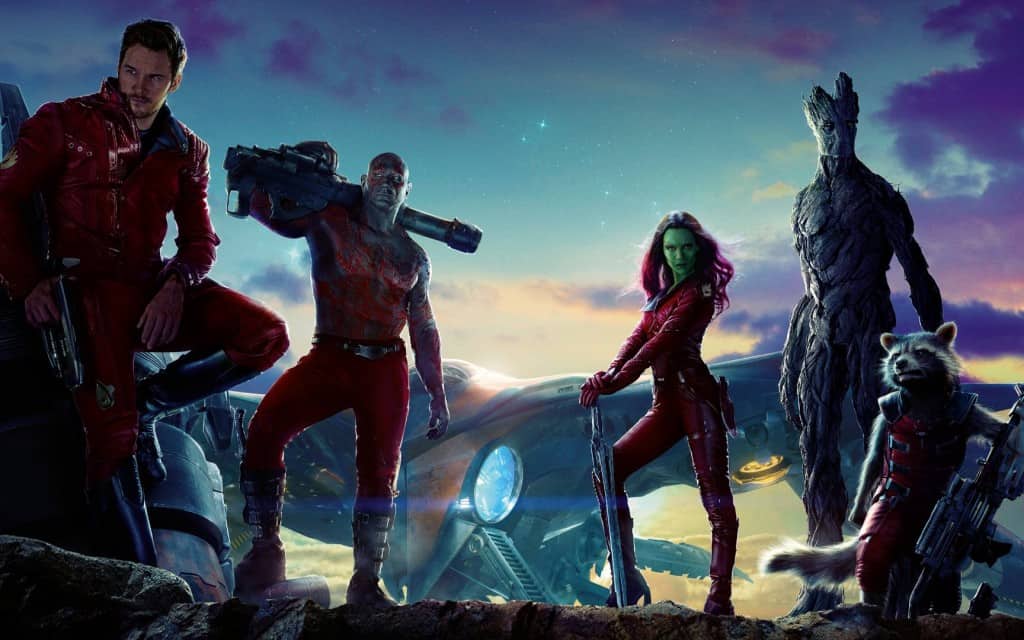 This entertaining action blockbuster did a great job of creating a unique and off-beat soundtrack that helped take a lot of children in this generation to the yesteryears. With a throwback to pop-rock and everything glorious about it in the storyline of the film, the excellent music used legends like David Bowie to make the space-opera feel like something unique and obscure. 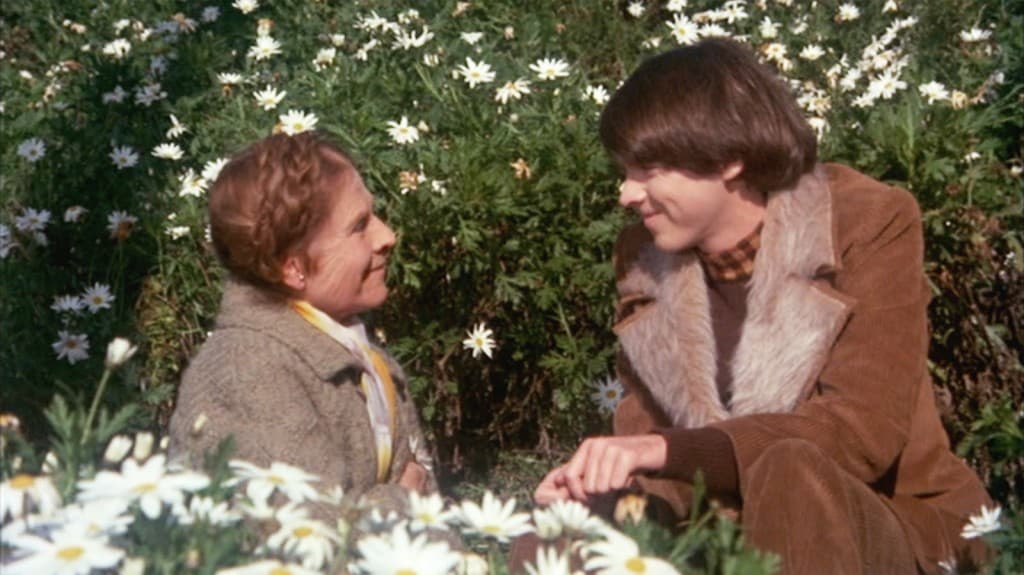 This highly unorthodox romantic story was quite a head-turner when it was first released way back in 1972. It deserved an equally rich and unorthodox soundtrack that could help maximize the value of many hilarious and moving scenes. Cat Stevens was called on to create this soundtrack and he delivered with many hits such as ‘Trouble’ and ‘If You Want To Sing Out, Sing Out’. 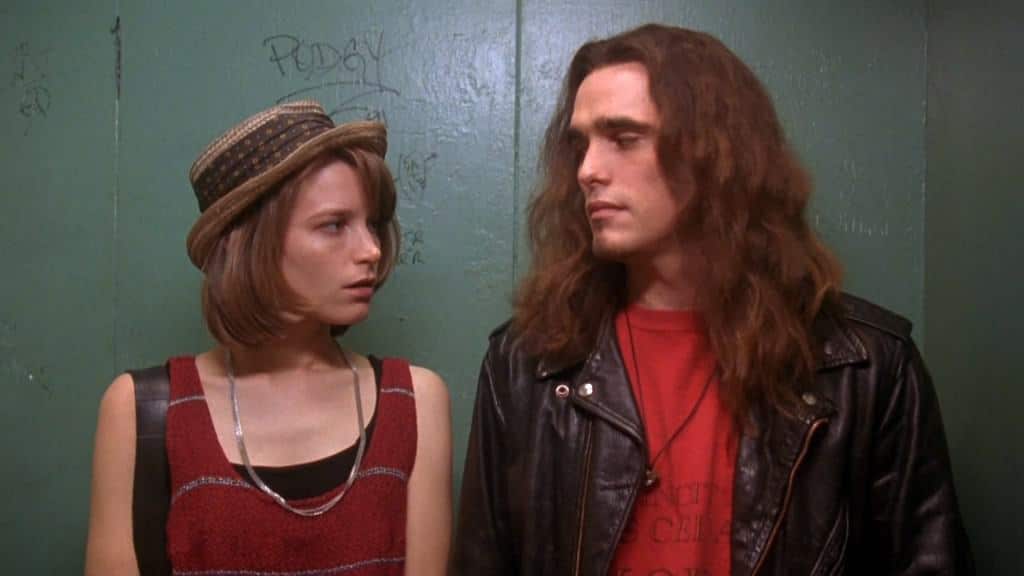 Movies across different eras have unique and developing sounds to rely on to make the soundtrack more pertinent and relatable. The grunge-era began in the early 90’s and it was perfectly put to use in Cameron Crowe’s ‘Singles’. Greats like Pearl Jam, Alice in Chains and Soundgarden were all featured in this popular soundtrack. 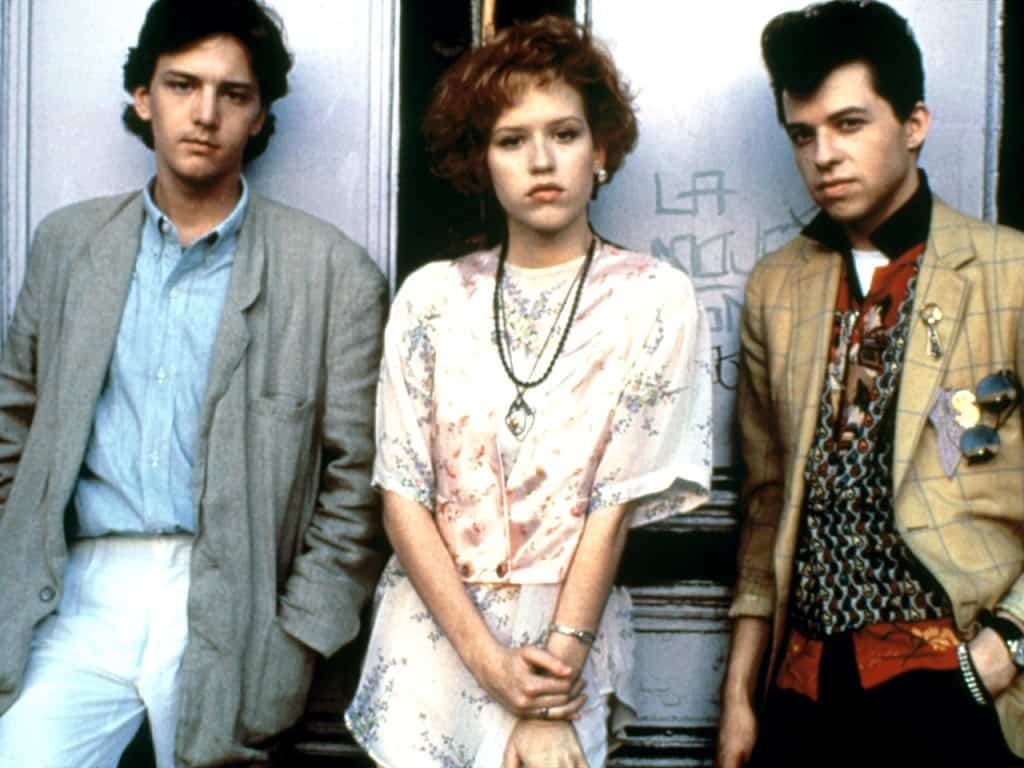 This popular romantic comedy has not just been adored by fans for its believable characters and realistic situations, but is also aptly complimented by the creative soundtrack used smartly at important moments in the film. The use of O.M.D’s “If You Leave” remains one of the most tear-jerking moments of all time. 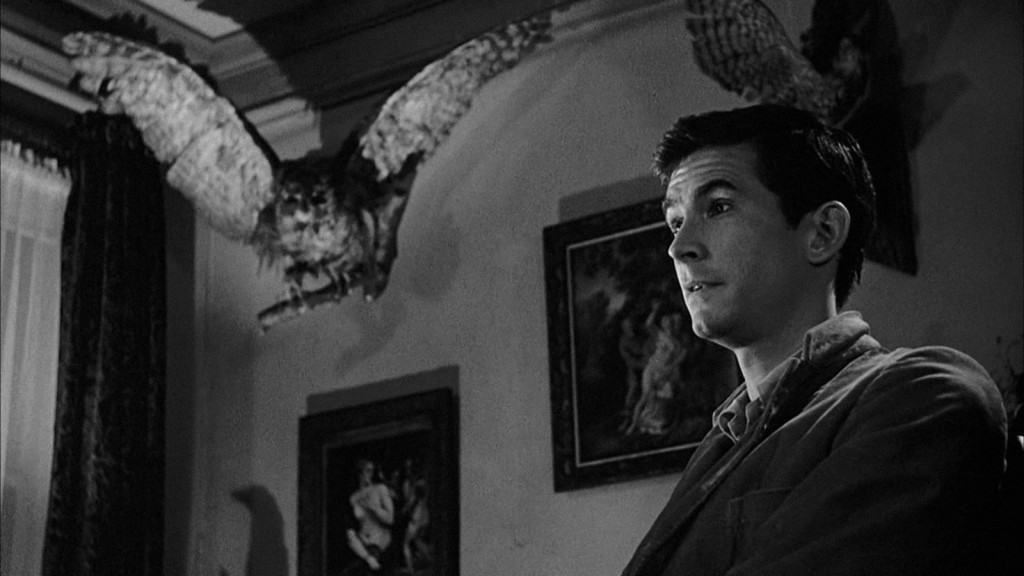 Creating the soundtrack for a psychological thriller can be quite a task, considering the mood that needs to sustain during the runtime of the film. This is why the soundtrack of ‘Psycho’ shines bright over every other film in the genre. The use of violin shrieks in the shower scene remains one of the most iconic moments in cinematic history. 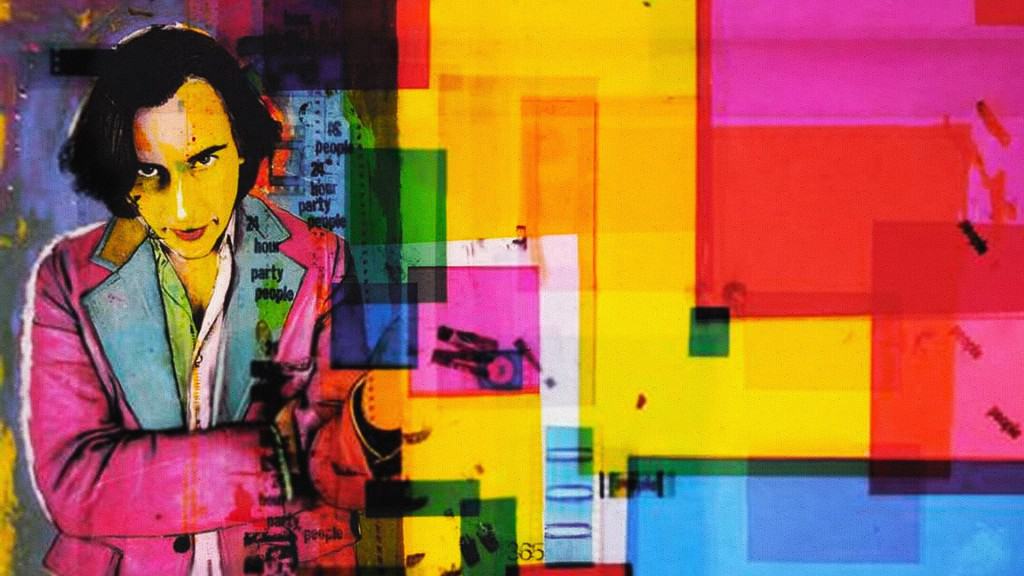 This entertaining film was based on the emergence of Factory records and relied on a spectrum of sounds to help create a hazy and psychedelic feel to the film’s environment. From punk rock bands such as ‘The Sex Pistols’ to Acid House tunes such as ‘Marshall Jefferson’, this film had it all in its captivating soundtrack.