Where would we be without bees? They’re pesky at times, but we’d be a little lost without them. In addition to giving us honey, bees perform the vital service of pollination for wildflowers and many crops. They’re some of nature’s hardest workers, without whom some 30% of the world’s crops would go unfertilized. A further 90% of wild plants need cross-pollination from bees to thrive. Without them spreading seeds from one plant to another, many plants, including vital food crops, would die. So, before you swat them away for invading your front porch, check out these 20 incredible facts about the world’s most famous flying insect 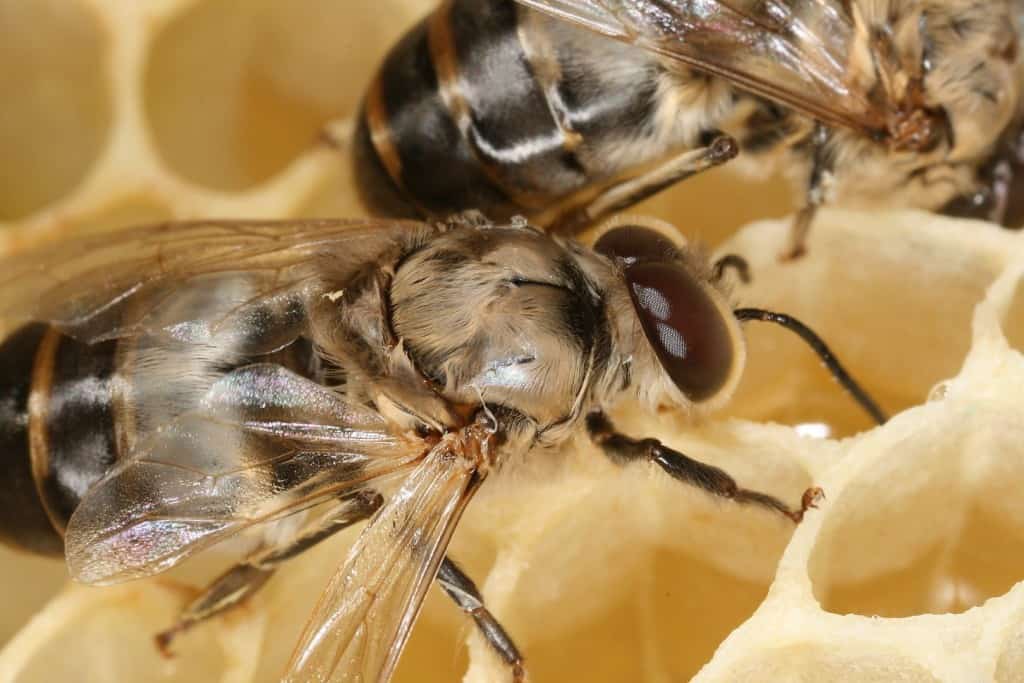 Male honeybees are called drones, and they exist only for mating with the queen. This job may sound cushy, but it also means they’re the first to go if there’s a food shortage in the hive. The worker bees give drones the boot to free up the resources they consume. 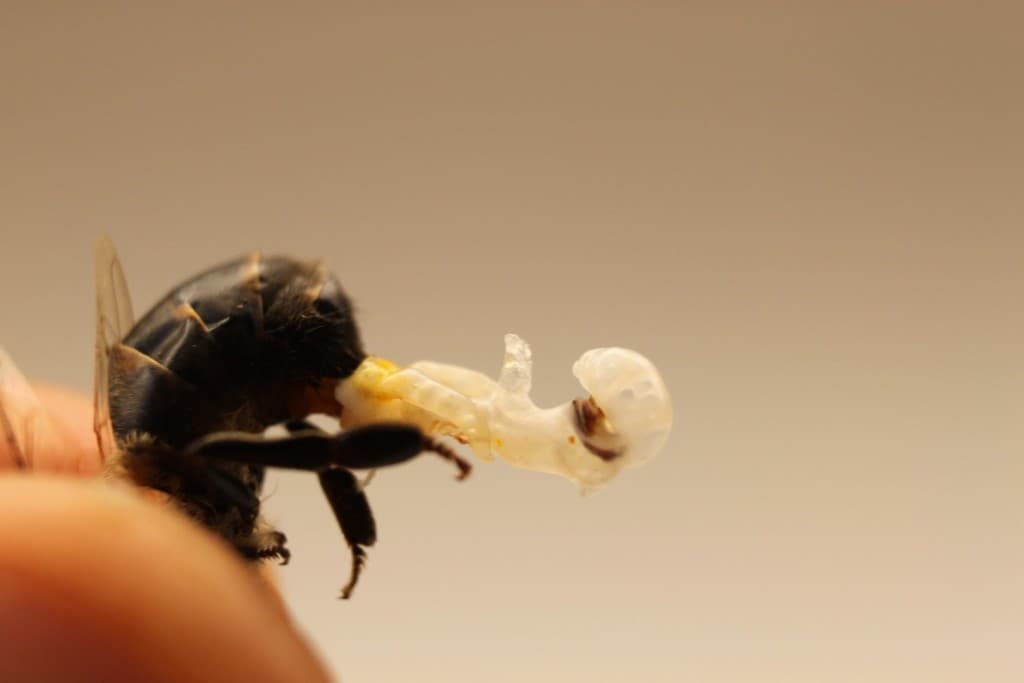 Another reason a male drone’s job isn’t all that glamorous: after mating with the queen, they die. Before mating, the males extend their endophallus, or male sex organ, into the queen, who holds on to it after they’re done making sweet, sweet larvae. This rips open the male’s abdomen and causes death shortly afterward. Male bees make the choice between a life without sex and a grisly death. Tough call. 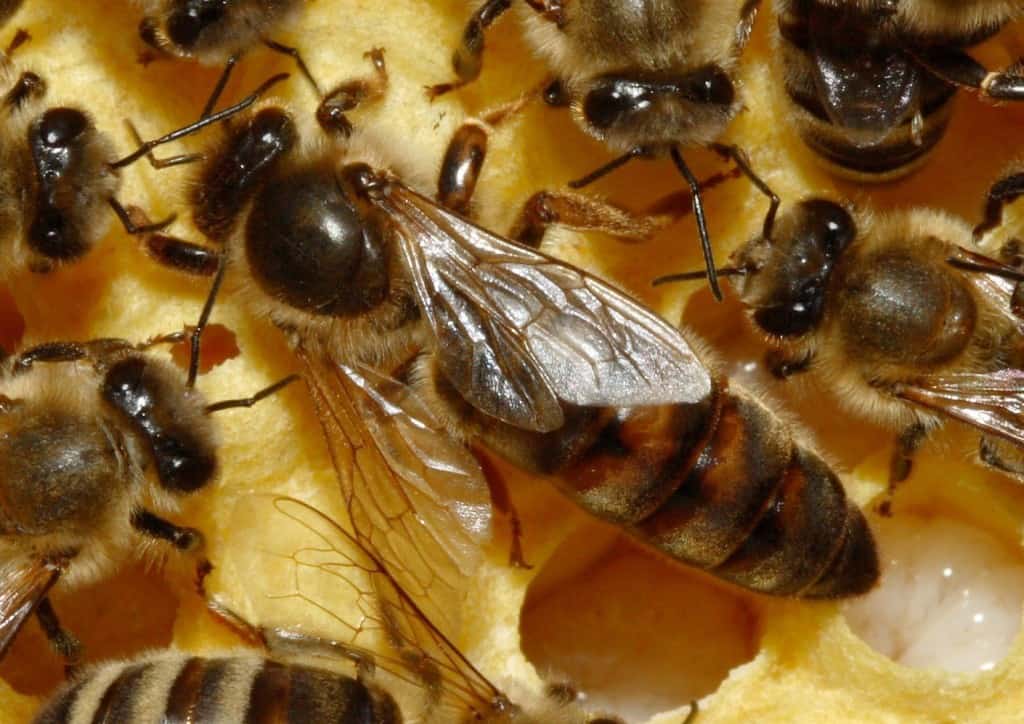 Each and every individual bee has a unique and important role in maintaining the hive. The queen’s job? Make babies, and lots of them. That’s why she mates with the poor, doomed male drones until she has accumulated at least 70 million sperm from multiple partners. 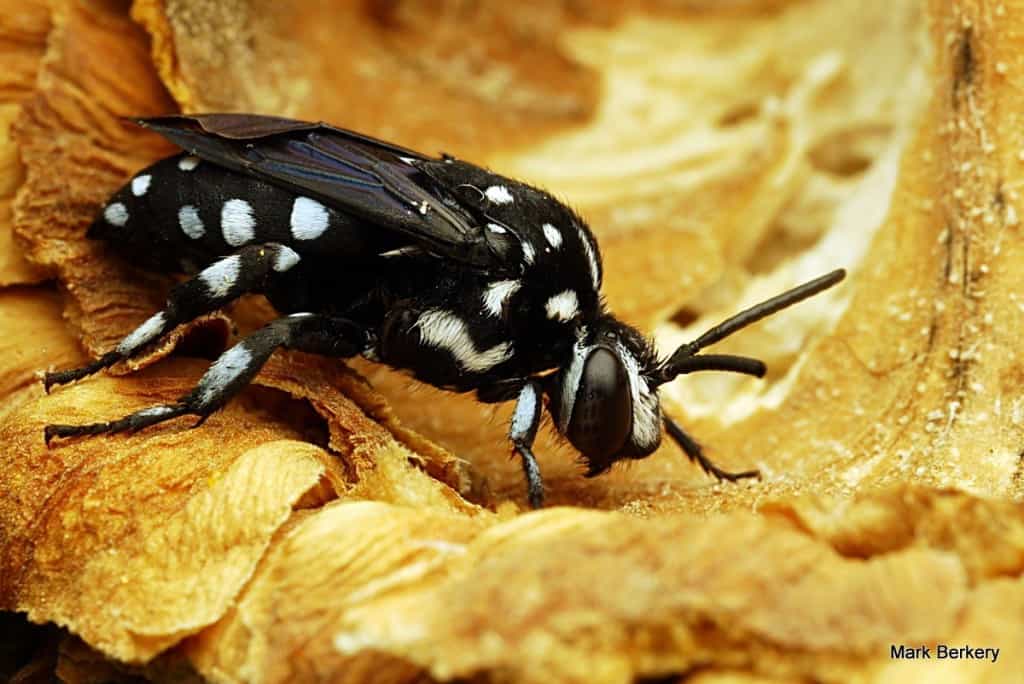 We’re used to seeing honeybees, but they make up only a small percentage of the great variety of bee species out there. In fact, there are approximately 16,000 unique species, with only about 5 percent of them being so-called “social bees”, who live together in a hive making nectar and honey. 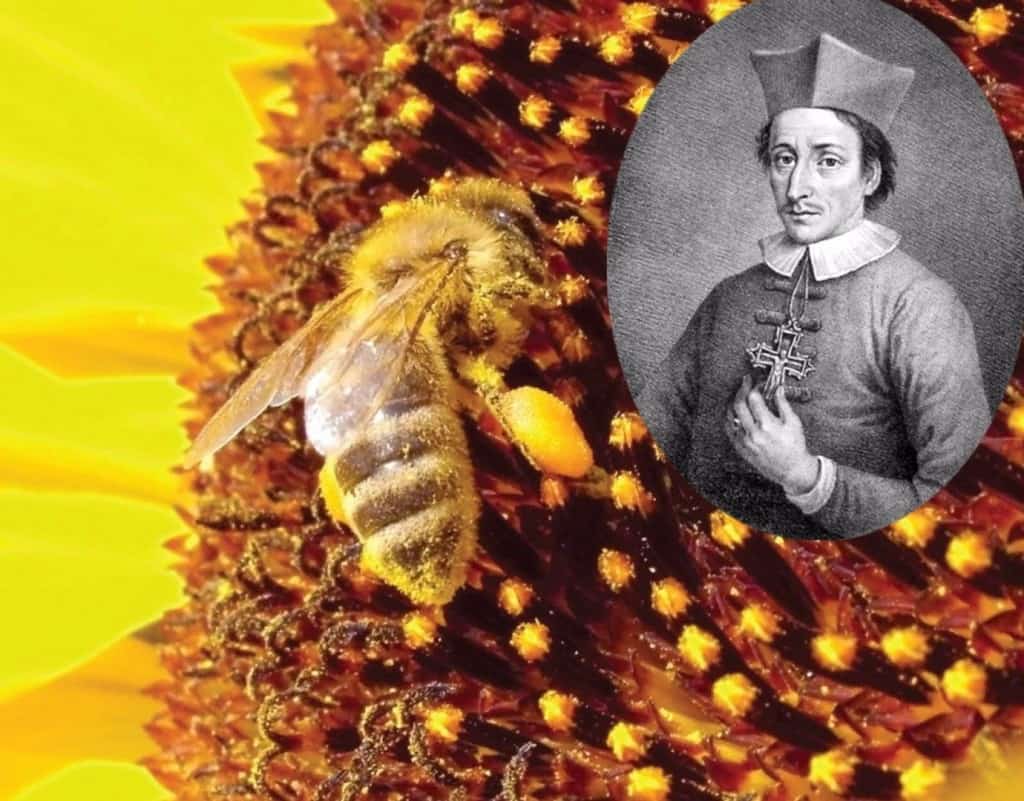 The queen bee was known as a “king bee” until the late 1660’s, when Dutch biologist Jan Swammerdam dissected a queen and discovered ovaries. 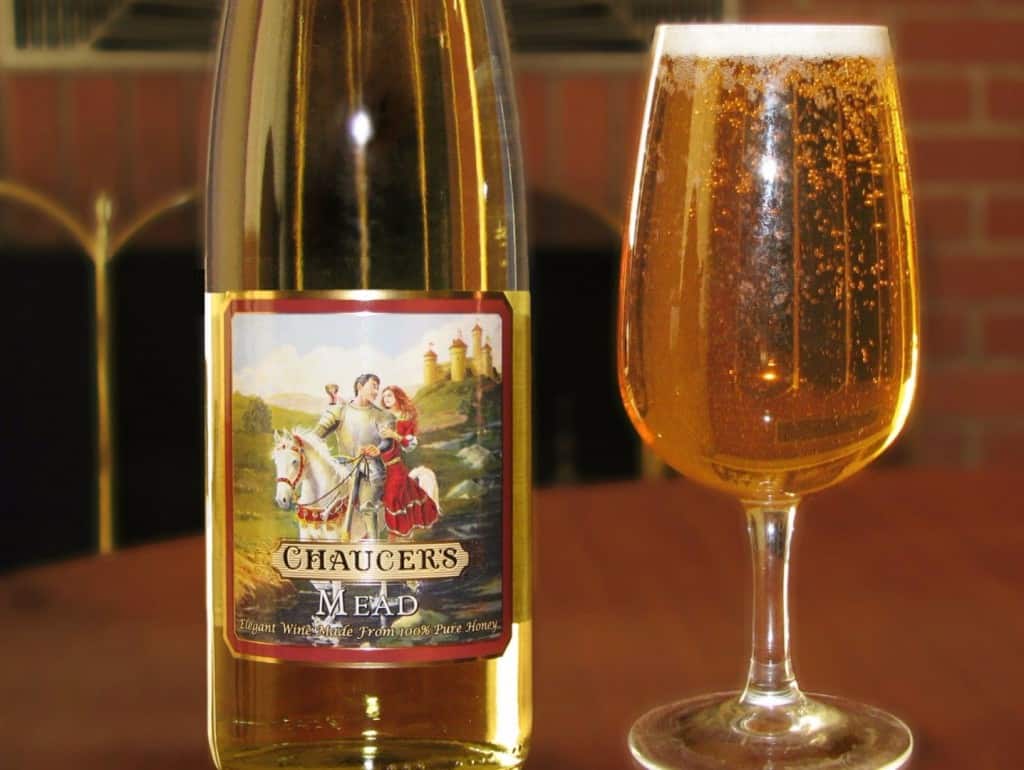 Ever wondered where the term “honeymoon” came from? Once you know, it seems pretty obvious; the word is derived from an old northern European custom, in which a newlywed couple was supposed to consume a cup of mead each day for a month.

Mead is a type of fermented alcoholic beverage made with honey, and since people of the past often gauged time by the lunar cycles, we end up with honey + moon, or honeymoon. 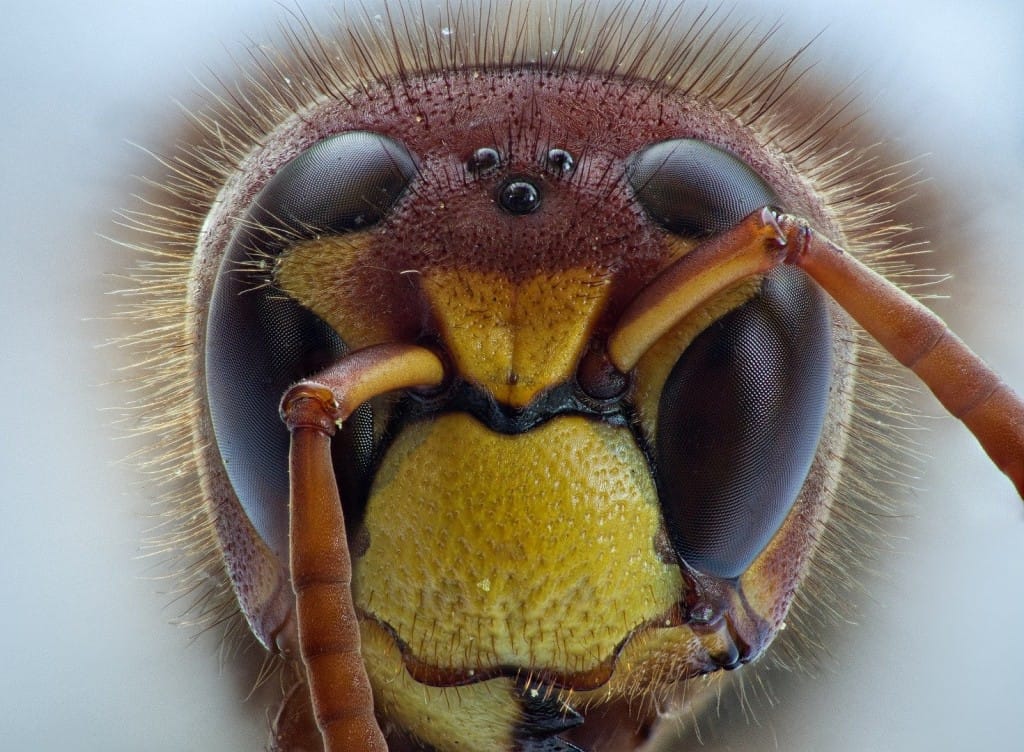 According to Australian researchers, bees can recognize and remember faces. In a study, bees were shown black and white photographs of people’s faces, and given treats when they gave researchers the right answers. The results were clear; individual bees are a lot smarter than we tend to give them credit for. 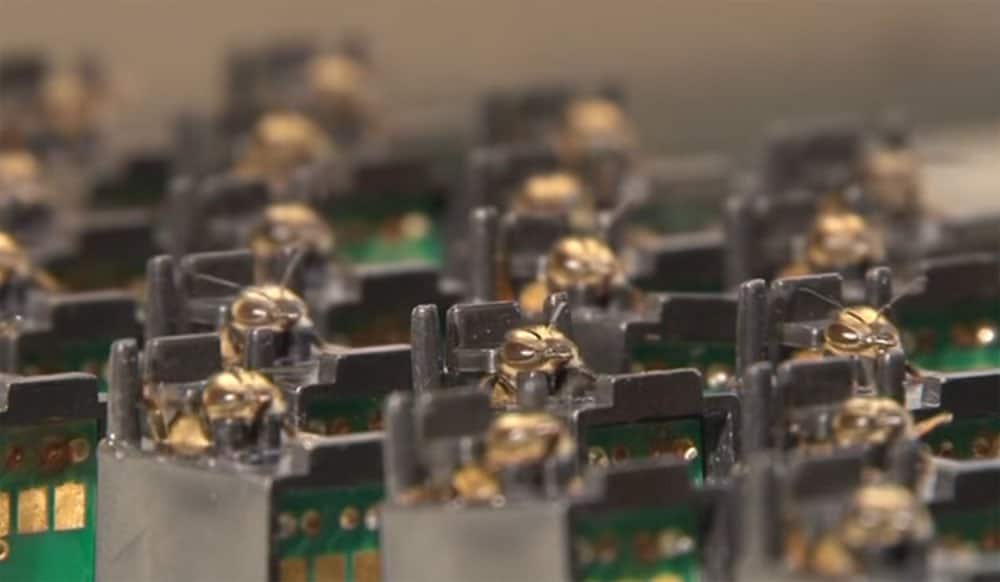 Move over, dogs. Some law enforcement officials are recruiting a new ally to detect bomb threats: bees. According to scientists at the Defense Advanced Research Laboratory, bees can actually give our four-legged friends a run for their money when it comes to detecting explosives. They just need the proper training first, as seen in this picture. This army of flying junior detectives gets rewarded with treats for identifying explosive material. 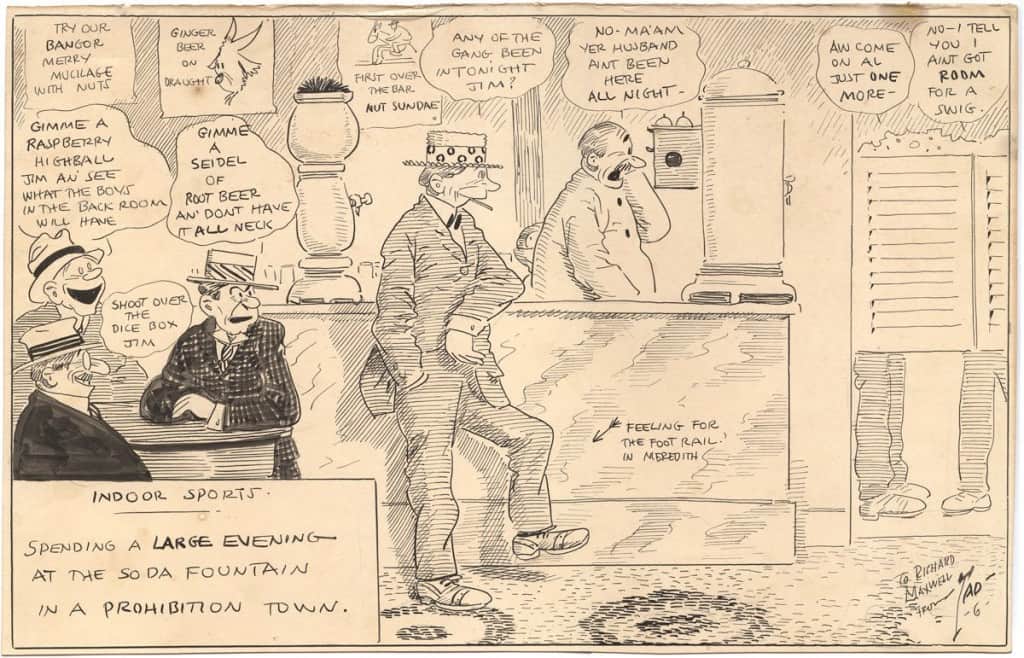 The term “bees knees”, which means “the height of excellence”, was either invented or popularized by Tad Dorgan, an American cartoonist in the 1920’s and 30’s. Other phrases that gained popularity around that time include “the cat’s pajamas” and some others that didn’t stand the test of time; like “the eel’s ankle”, “the elephant’s instep”, and “the snake’s hip”. 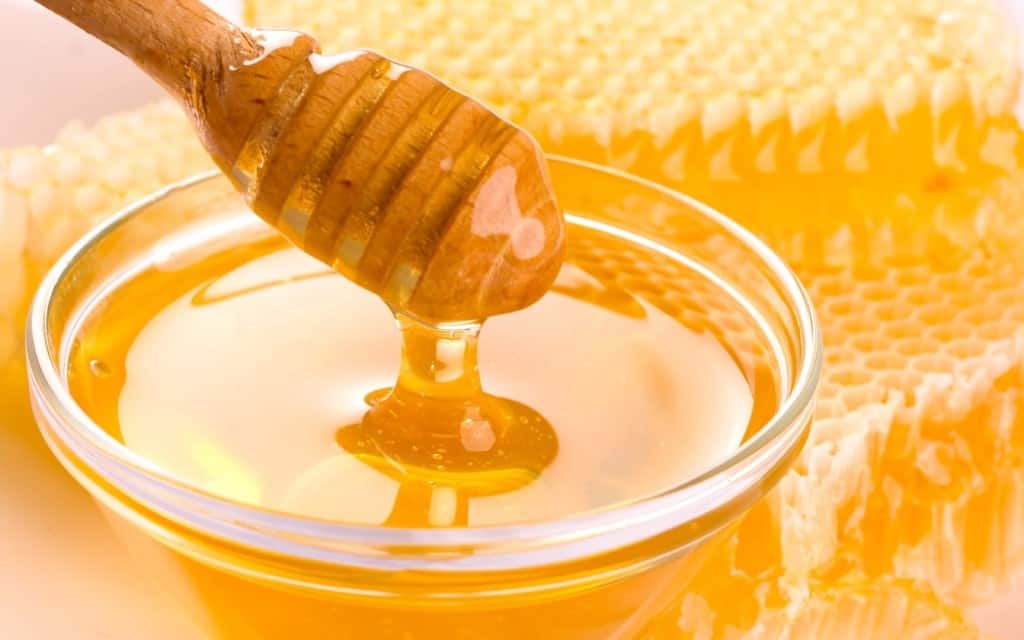 Most food has a shelf life, but not honey. The sticky-sweet concoction never spoils. In fact, archaeologists have found jars of honey that are over 2000 years old, and the contents of those jars are no worse for wear. 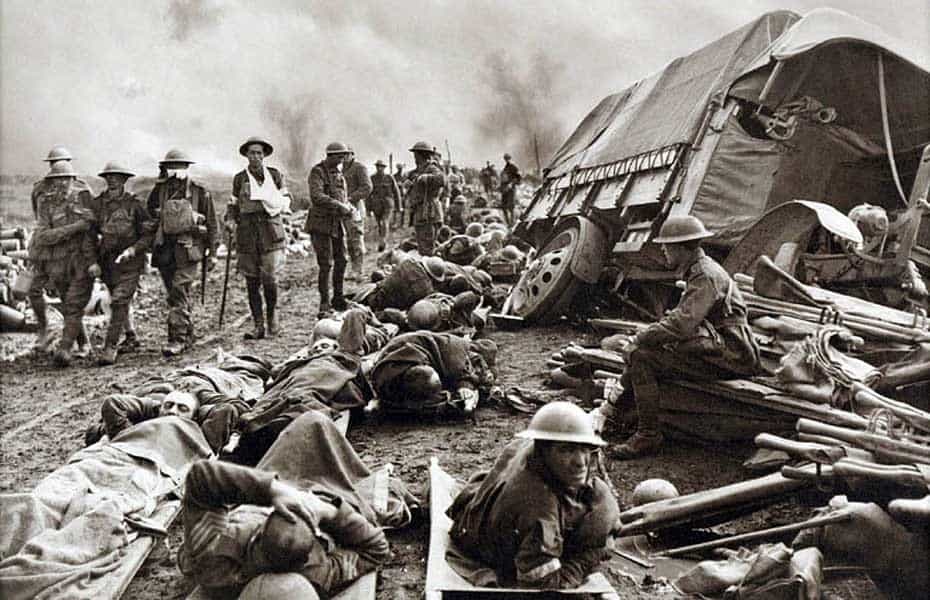 Honey can be more than food, just ask the soldiers of World War I, many of whom were treated with the stuff.

Since honey attracts and absorbs moisture, it was used as a valuable healing agent and applied directly to the injured soldiers’ wounds. 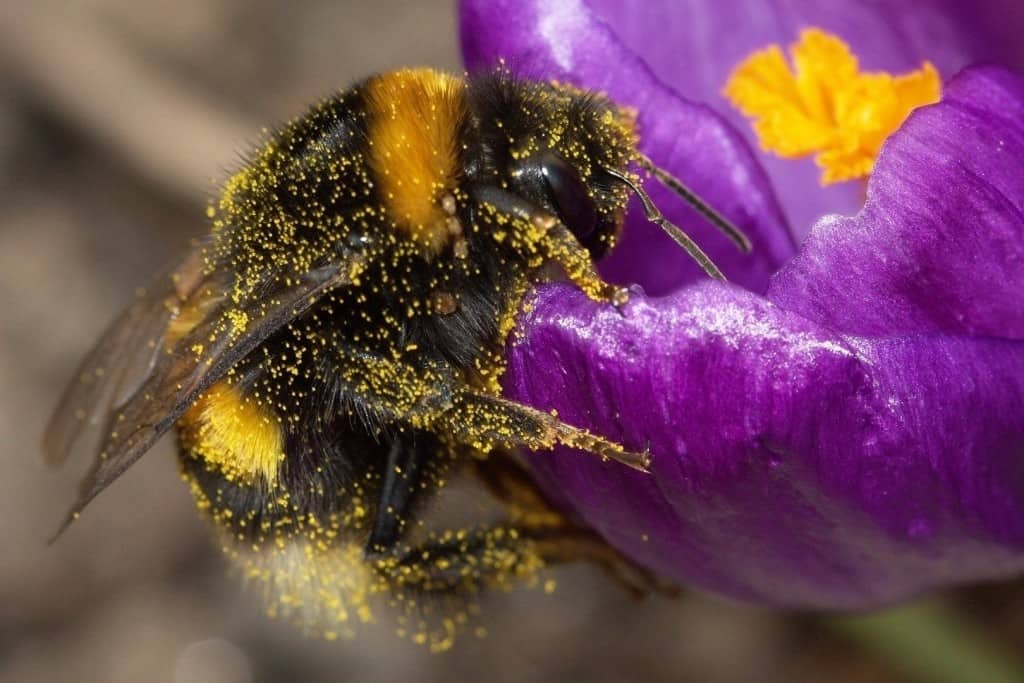 Research suggests that bumblebees can estimate time intervals. Insect specialists have observed them extending their tongues in near-perfect rhythm with a rapidly appearing and disappearing sweet treat—useful in the wild when trying to collect nectar, which likewise waxes and wanes with time. 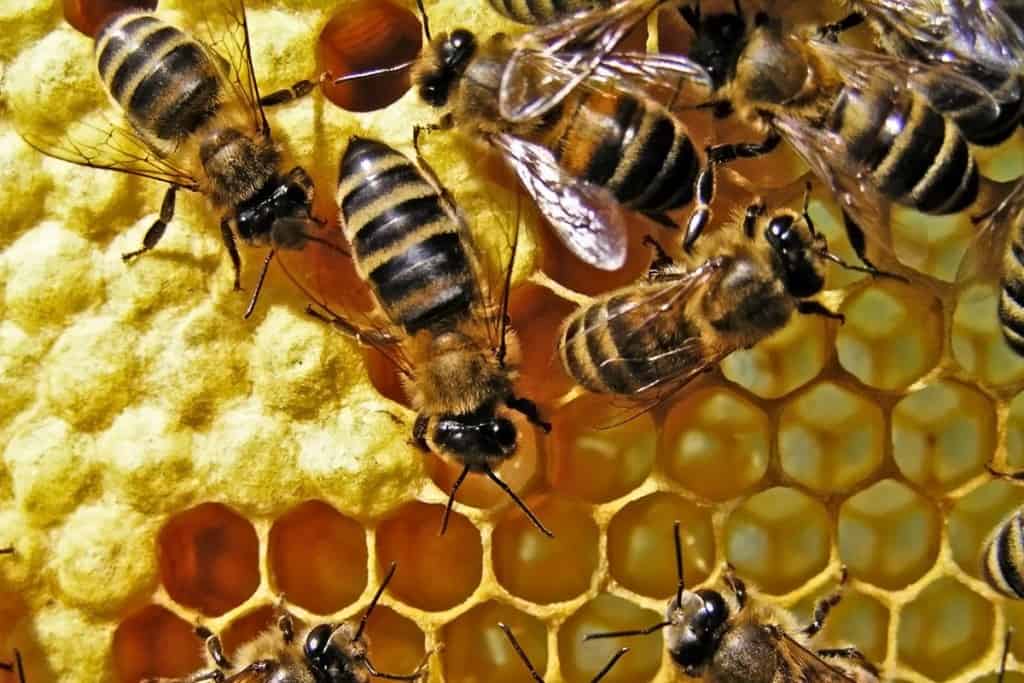 Gregor Mendel, the Austrian monk who pioneered the field of genetics, once tried his hat at beekeeping. Unfortunately, the strain of bees he carefully bred were incredibly aggressive, leading him to destroy the colony.

It seems we haven’t learned from Mendel’s trial-and-error, however. In the 1950’s, scientists introduced Africanized bees to Brazil, in an effort to increase honey production. It didn’t work. In fact, the unique breed turned out to be highly aggressive and spread rapidly through the continent and beyond, giving rise to the so-called “killer bees” that have become an invasive (and sometimes dangerous) pest in many places. 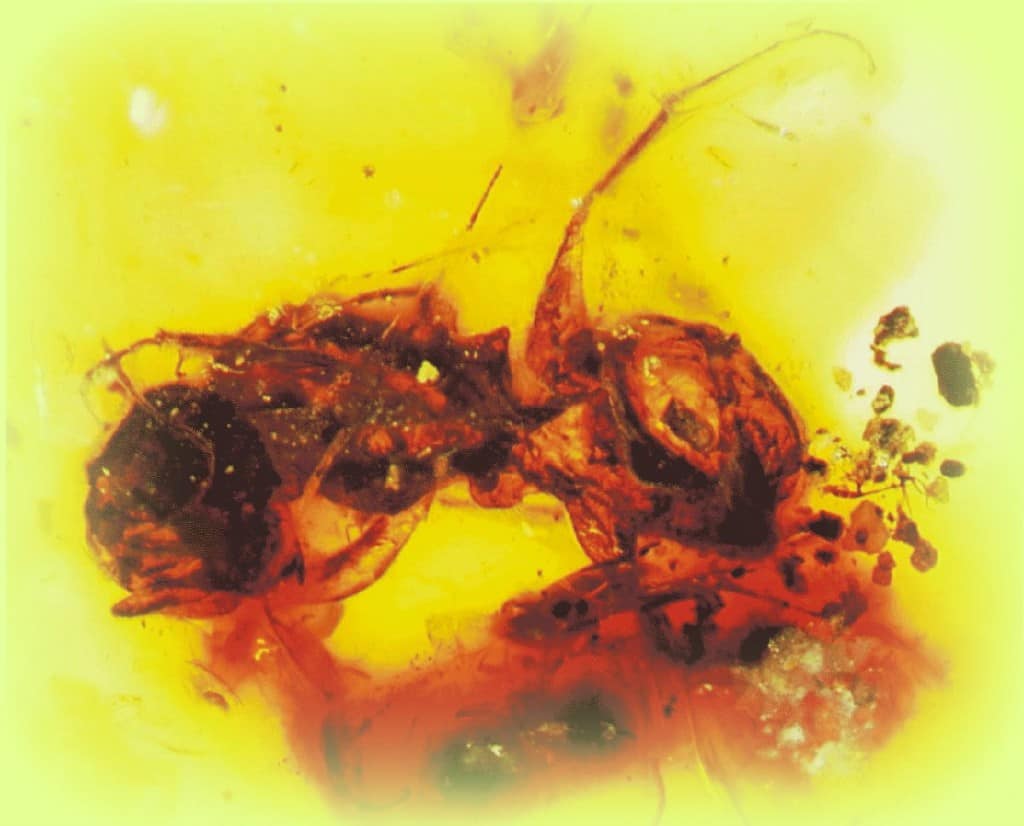 The oldest known species of bee is the Melittosphex burmensis. Like something out of Jurassic Park, a specimen was found preserved in amber, which is fossilized tree resin (not sap, as is commonly believed). This species lived 100 million years ago in the Cretaceous period, alongside legendary creatures like the Tyrannosaurus Rex, Velociraptor, and Triceratops.

What’s All The Buzz About? 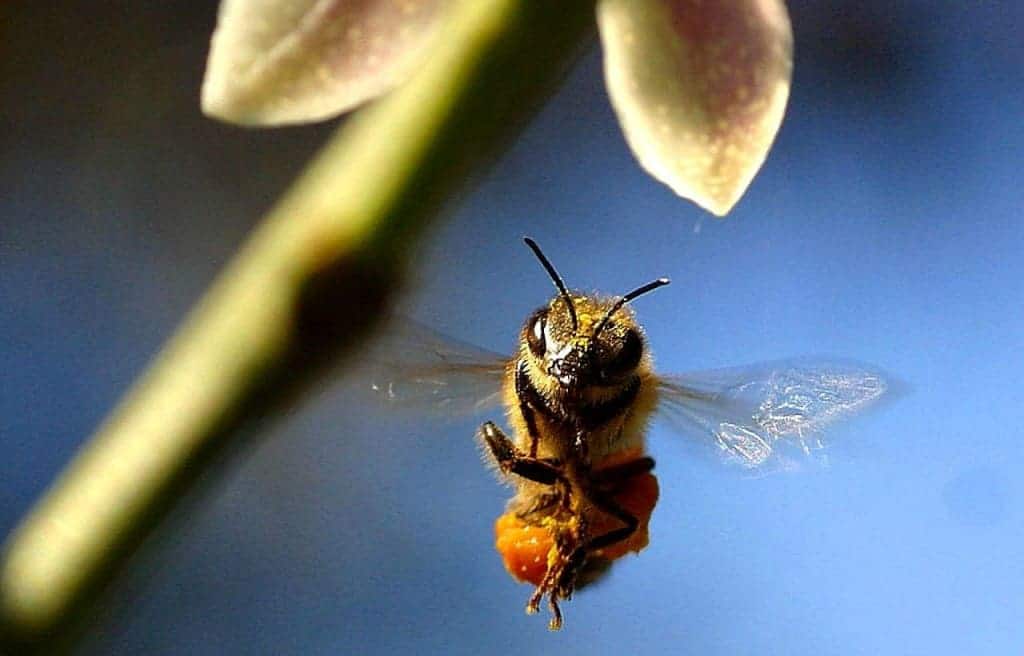 The buzzing sound you hear when a bee approaches is actually the sound of its four little wings flapping at an impressive 11,400 strokes per minute. Those four wings can propel them at speeds of up to 15 miles an hour. 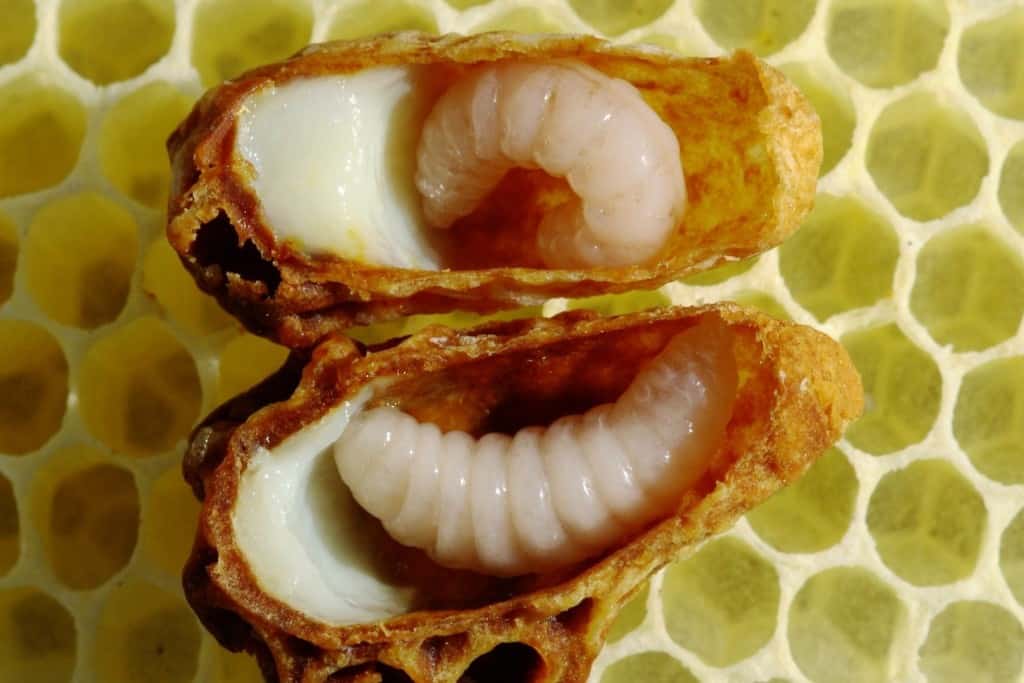 As soon as they’ve hatched, queen bees take on the important royal tasks of the hive, which include the immediate murder of any nearby hatched or unhatched queens. There’s no parliamentary procedure here, it’s kill or be killed—a colony can only have one queen. 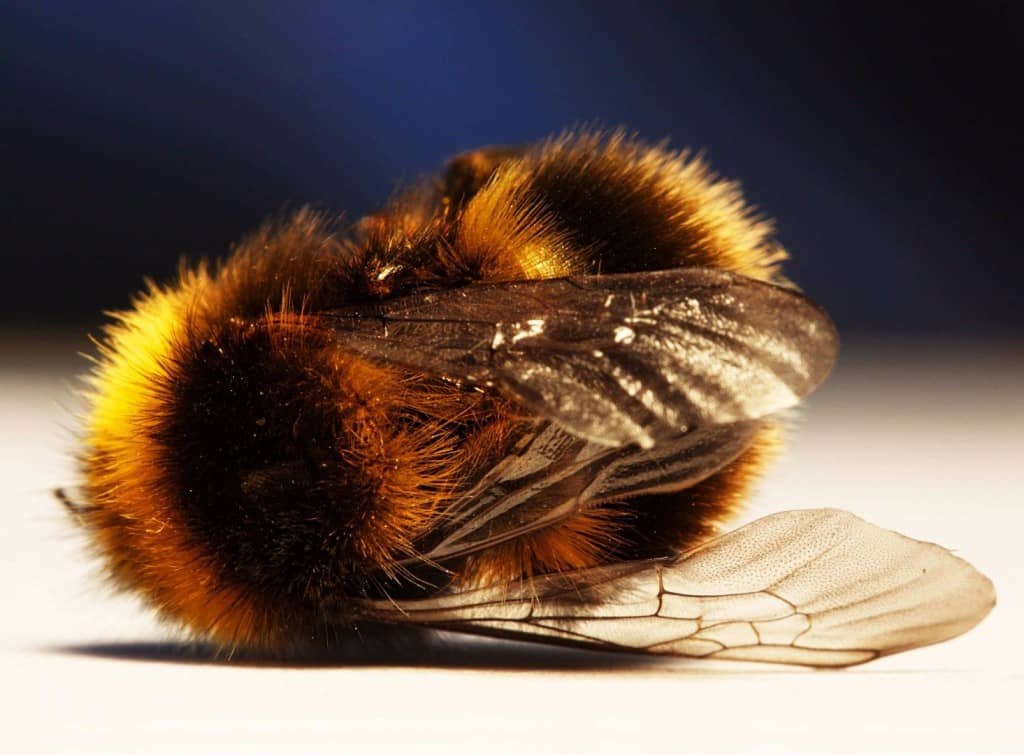 Everyone in the hive has a job, and for some worker bees—that job is to act as undertakers, removing their fallen comrades from the hive. We like to imagine there’s some reverence for the occasion, but they likely only do it to make room for the new crop of hatchlings. Out with the old, in with the new. 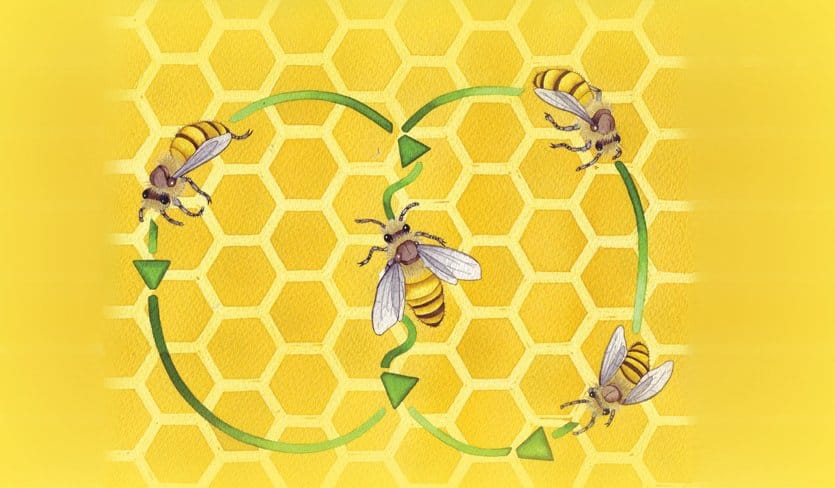 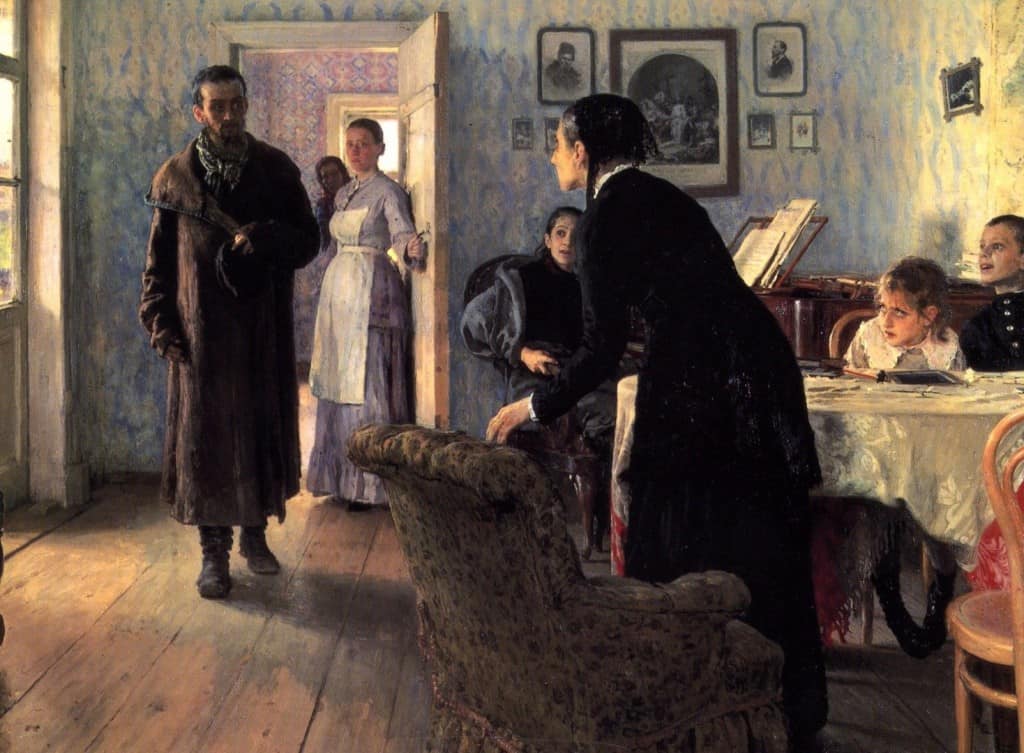 According to an old superstition, having a bee in the house means you’ll be receiving a visitor soon. If you leave the bee alone, the visit will be pleasant. If you swat it away or kill it, you’re in for a very unpleasant guest indeed. 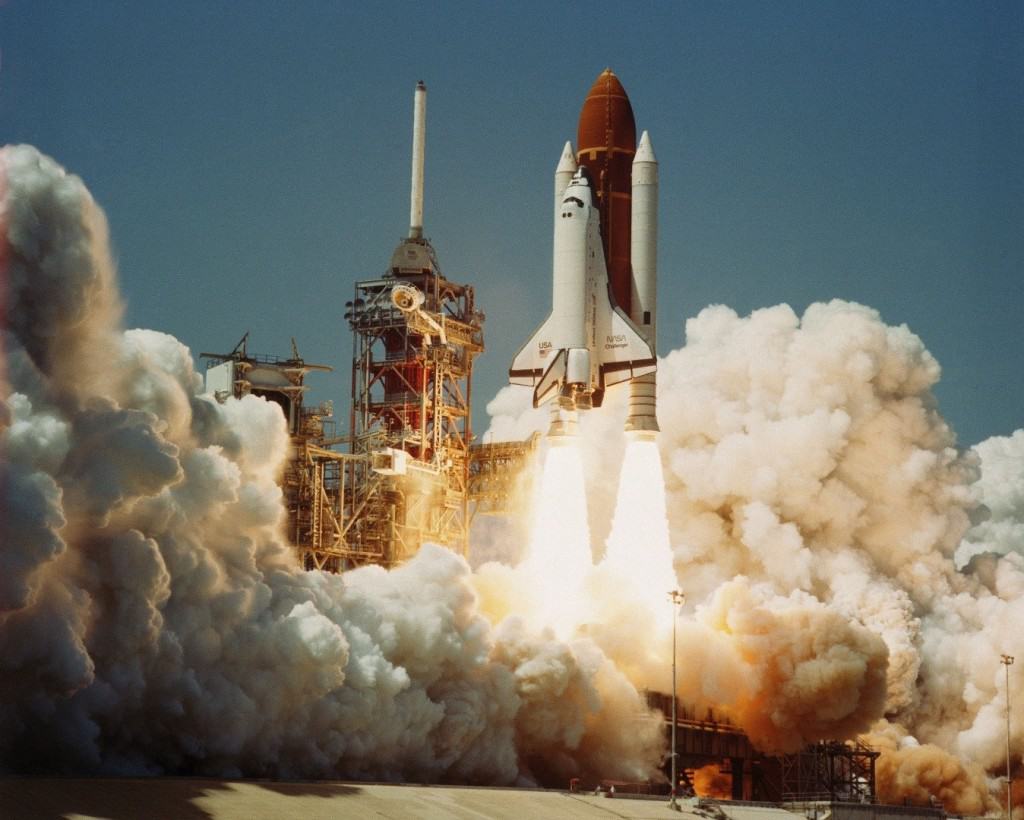 The astronauts of a 1984 Challenger space shuttle flight hosted a colony of 3,300 bees. The little critters did find in space, building a relatively normal honeycomb. The only unusual side effect? The bees never went to the bathroom. For some reason, the bees just weren’t comfortable excreting in space, so they held it in for the full seven day mission.