The Hubble Space Telescope was first launched into space in 1990 and has since continued to deliver on some truly outstanding visuals. It operates outside the distortion of the Earth’s atmosphere, allowing it to capture some stunning images without having to worry about background light. This program has resulted in some game-changing observations and discoveries, including spotting some never-before-seen Nebula’s along with trying to determine the rate at which our universe is expanding. Here is a list of 20 amazing photographs taken by the Hubble Telescope out of the hundreds being transmitted regularly over the past 26 years. 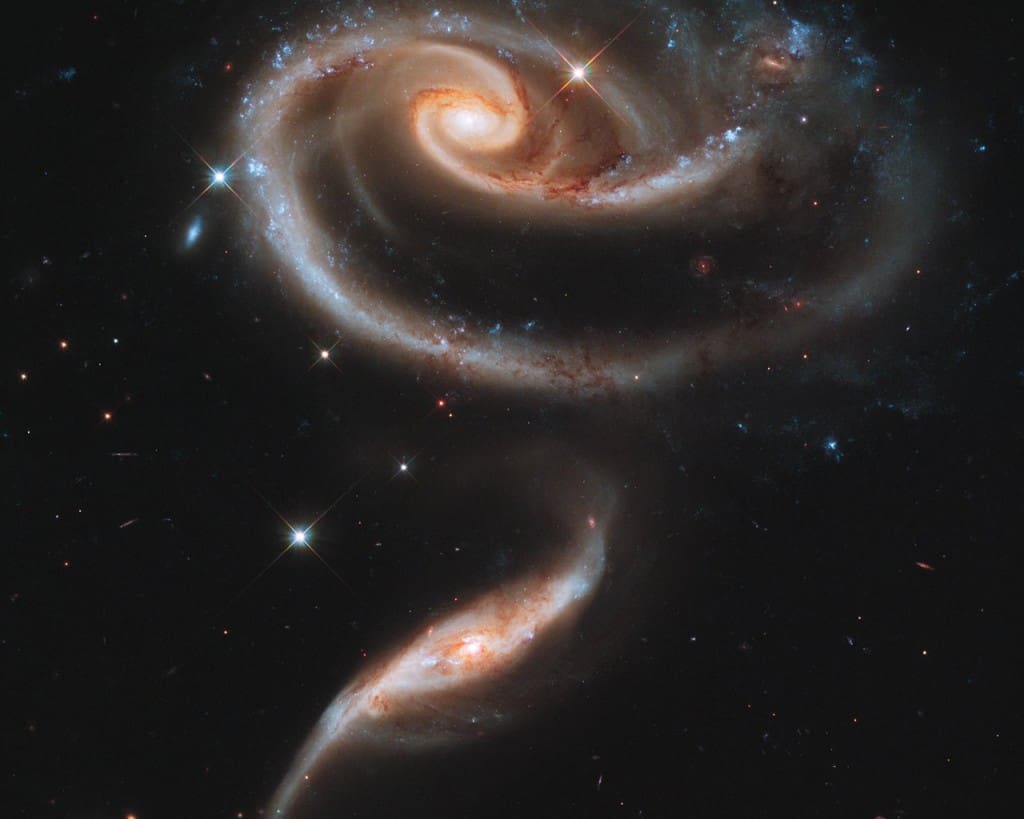 This image shows a pair of galaxies located next to one another and forming a clear visual of a rose. This is called ARP273 and was released to celebrate the 21st Anniversary of the Hubble mission. 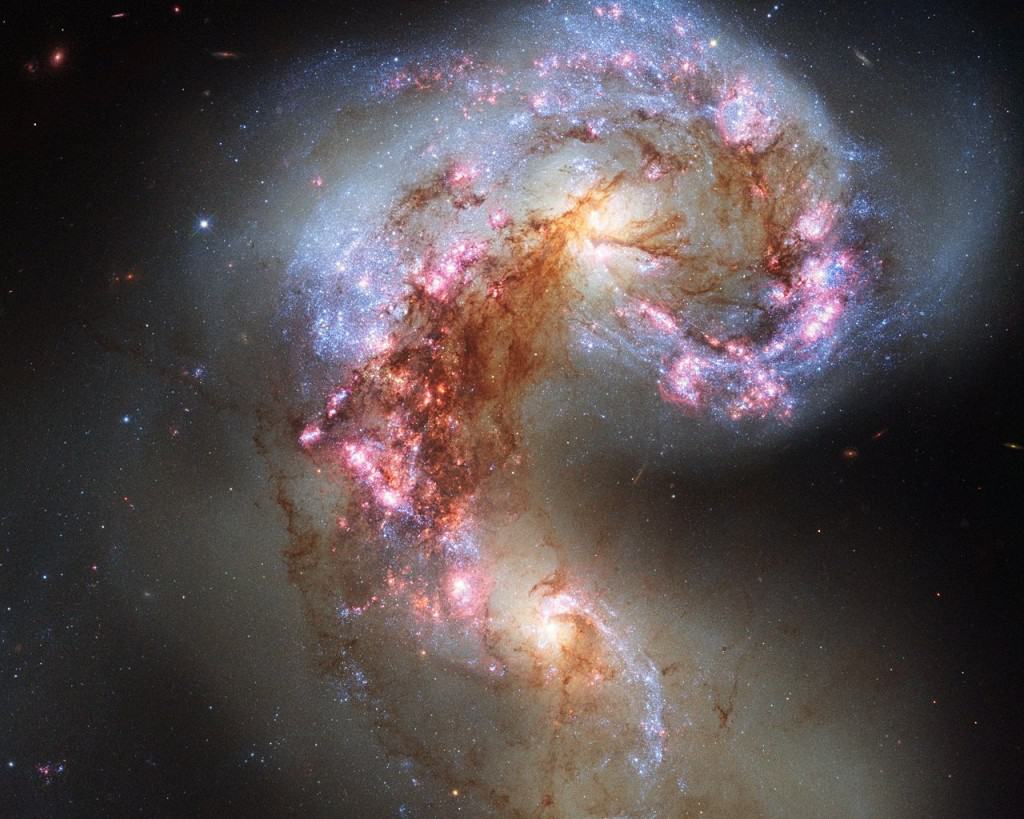 The Hubble Telescope has already sent in two images of the Antennae Galaxy but this is supposedly be the best image so far. 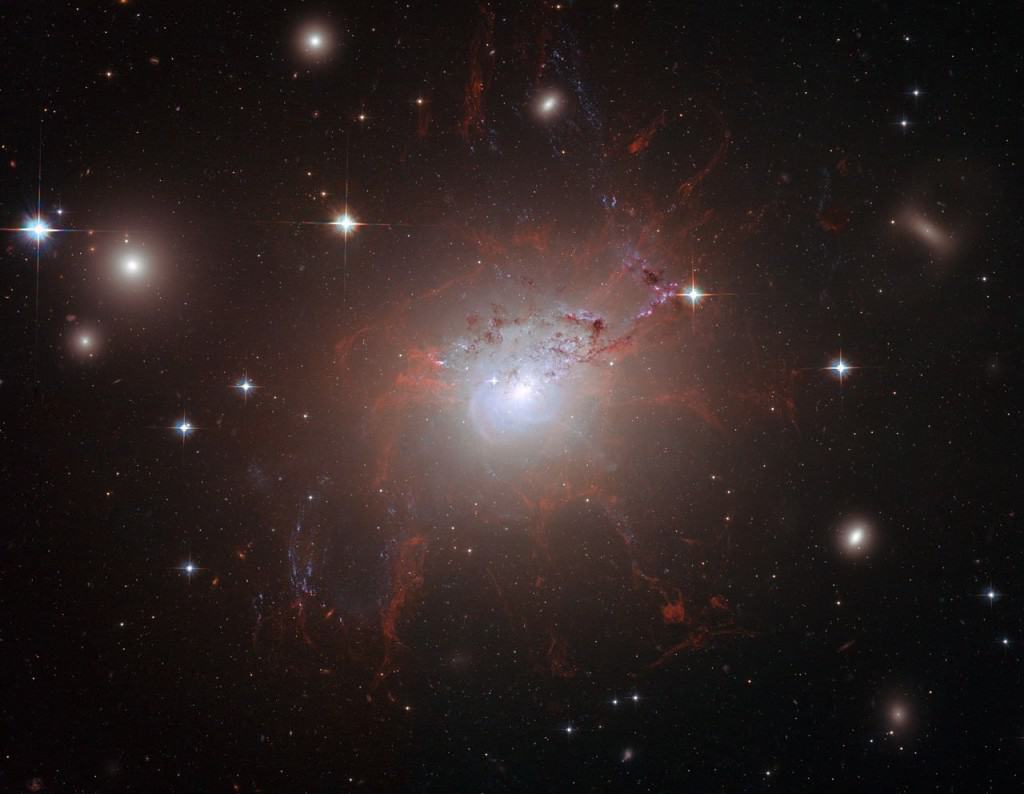 This photograph is referred to as the Magnetic Monster NGC 1275. You can clearly see the red lacy vapors surrounding the galaxy NGC 1275. These are filaments created by the magnetic field which helps maintain the structure. 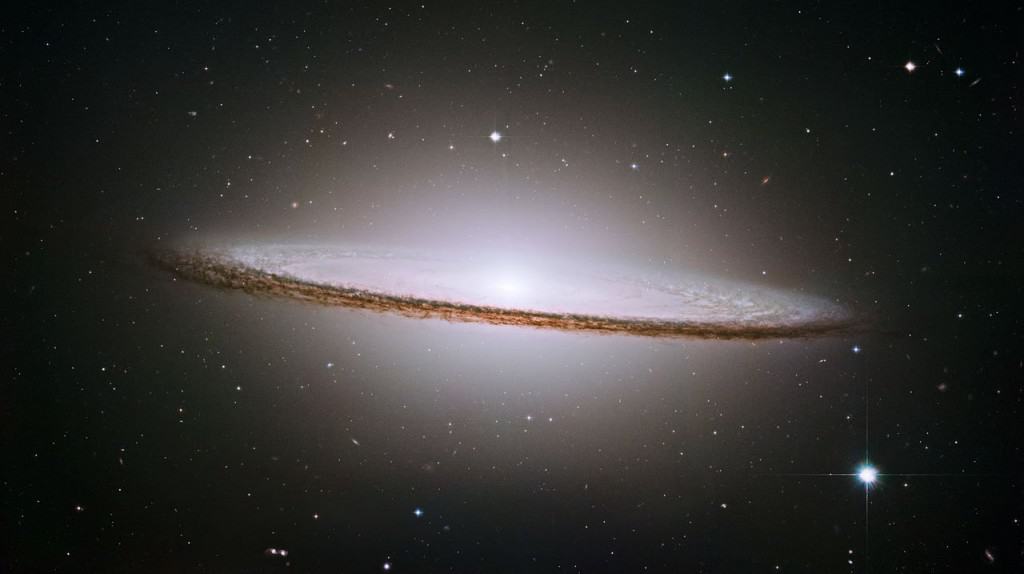 This galaxy has been appropriately named the Sombrero Galaxy due to the large circular form of the galactic body. 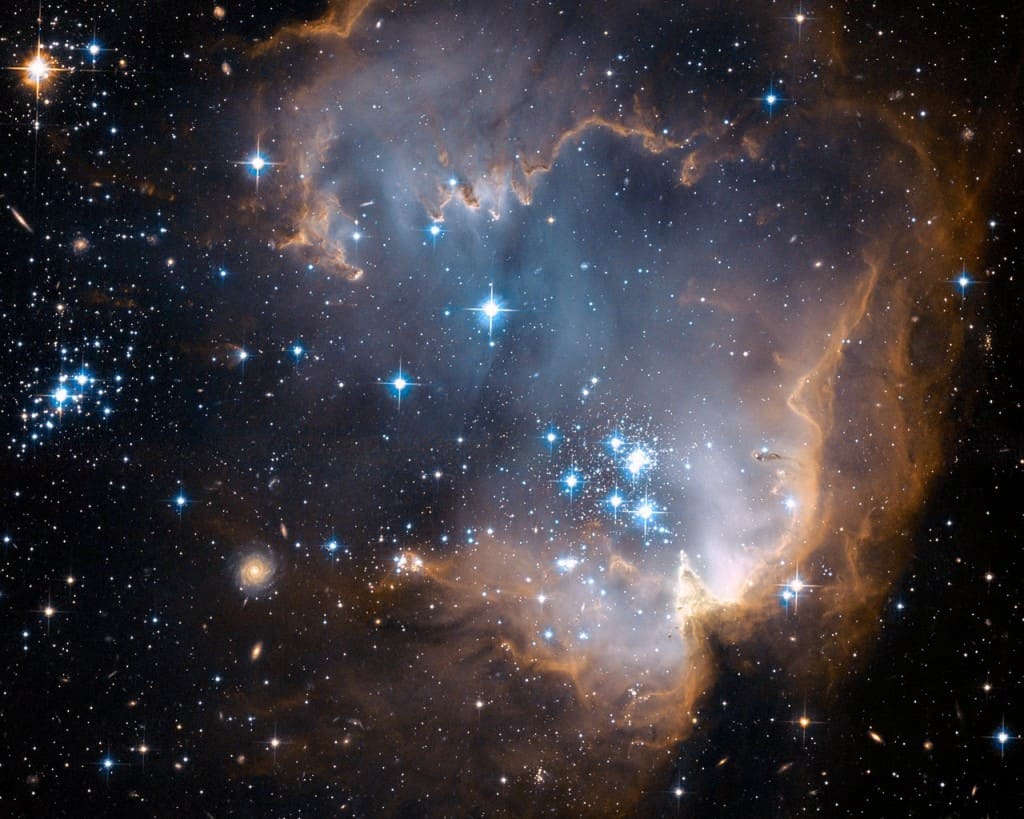 All the blue shining orbs seen in this photograph are stars that have been recently formed in the region. 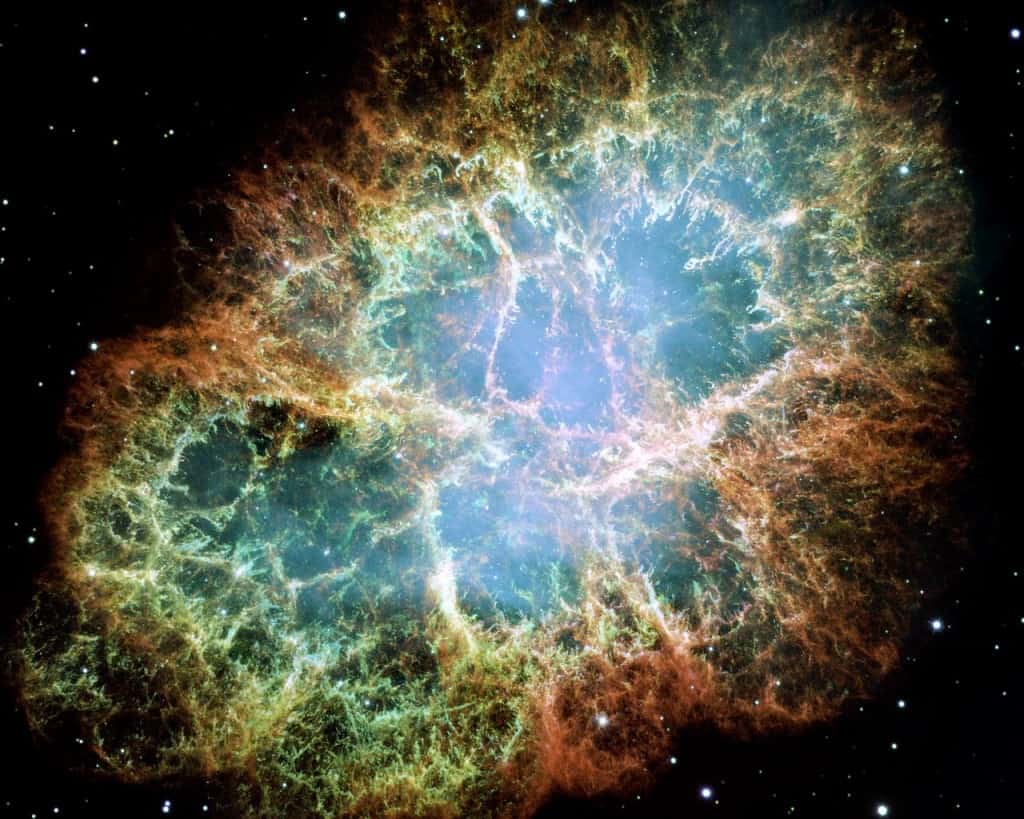 This is the most detailed image ever captured of the Crab Nebula, one of the most well-studied Nebula’s of all time. 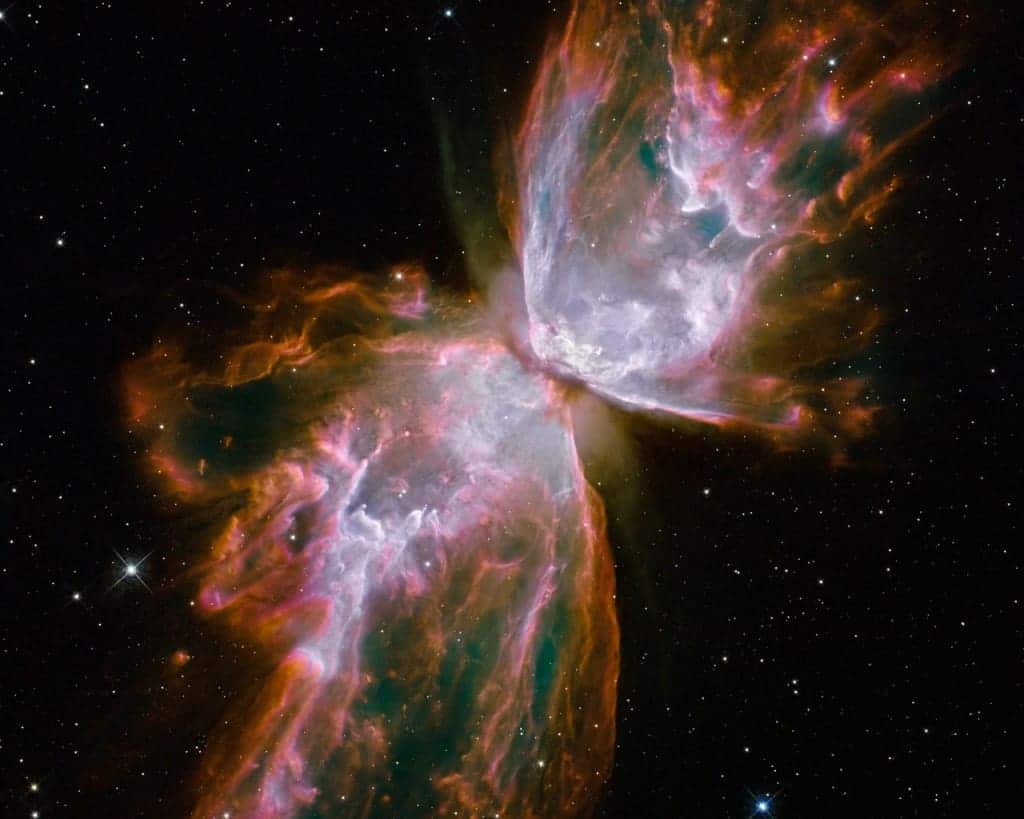 Although this image looks like a calm and beautiful butterfly, it is actually a huge volume of gases moving through space at the speed of 950,000 kilometers an hour. 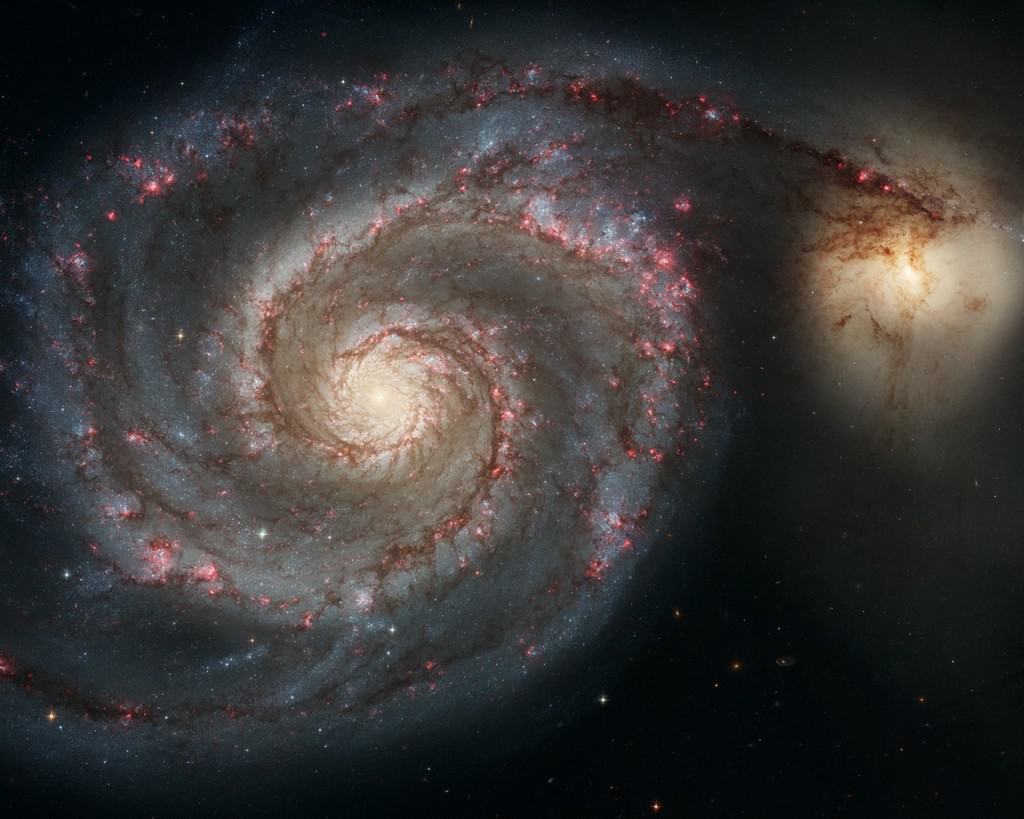 This is an absolutely beautiful picture of the spiraling whirlpool galaxy – M51. 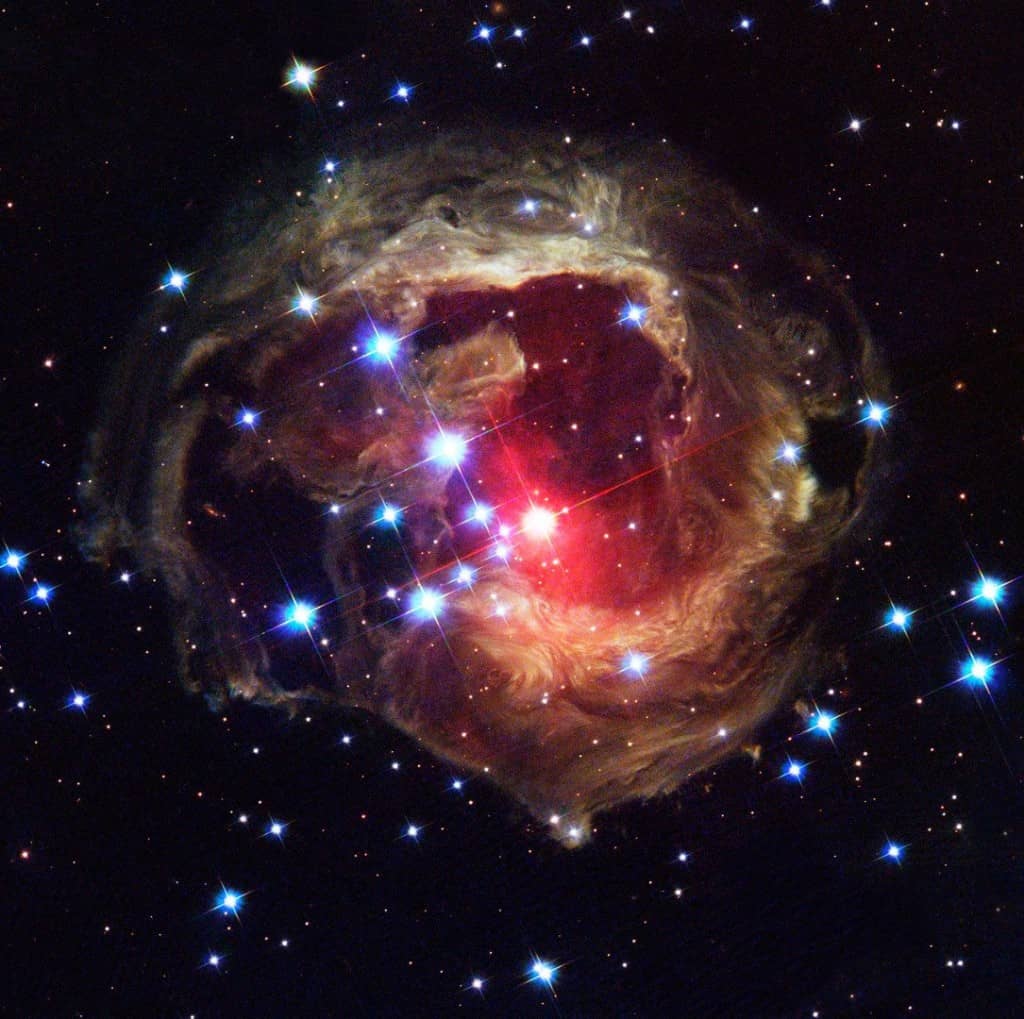 This is the latest image of the star V838 Monocerotis. The dust particles in the region are glowing heavily because of a rare phenomenon known as light echo. 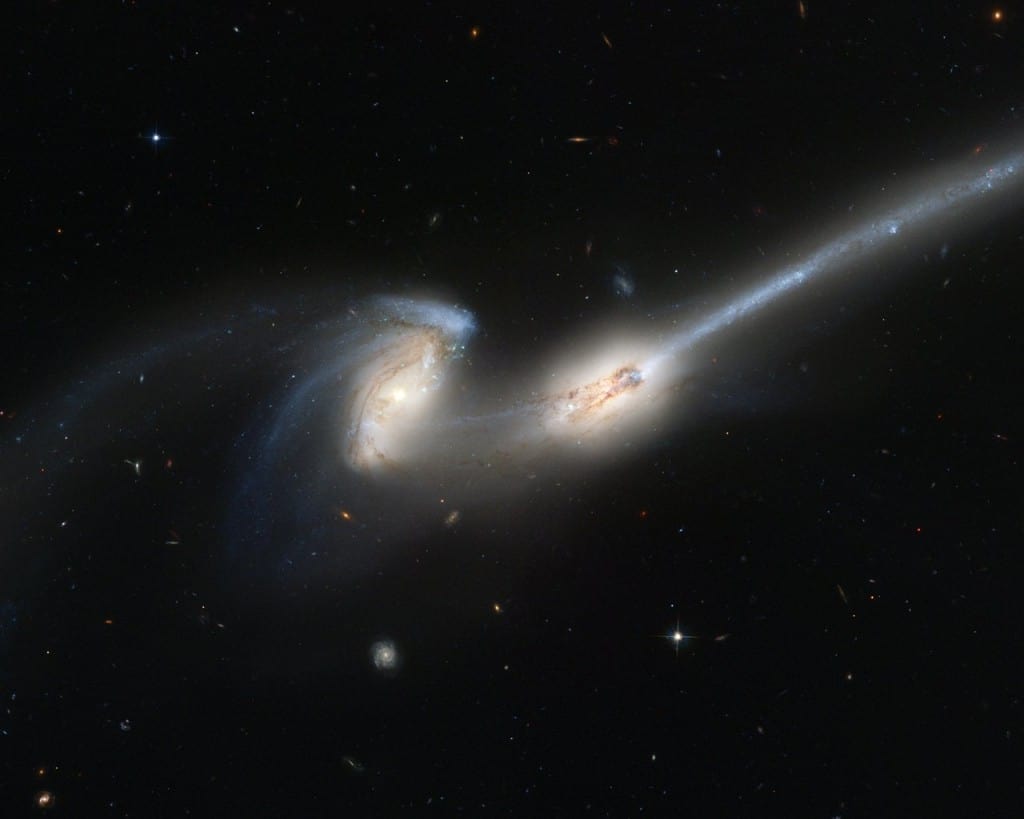 This is a rare and fascinating picture of two galaxies seemingly merging together due to cosmic forces. The two galaxies have been nicknamed ‘The mice’ due to the long tails each of them have produced. 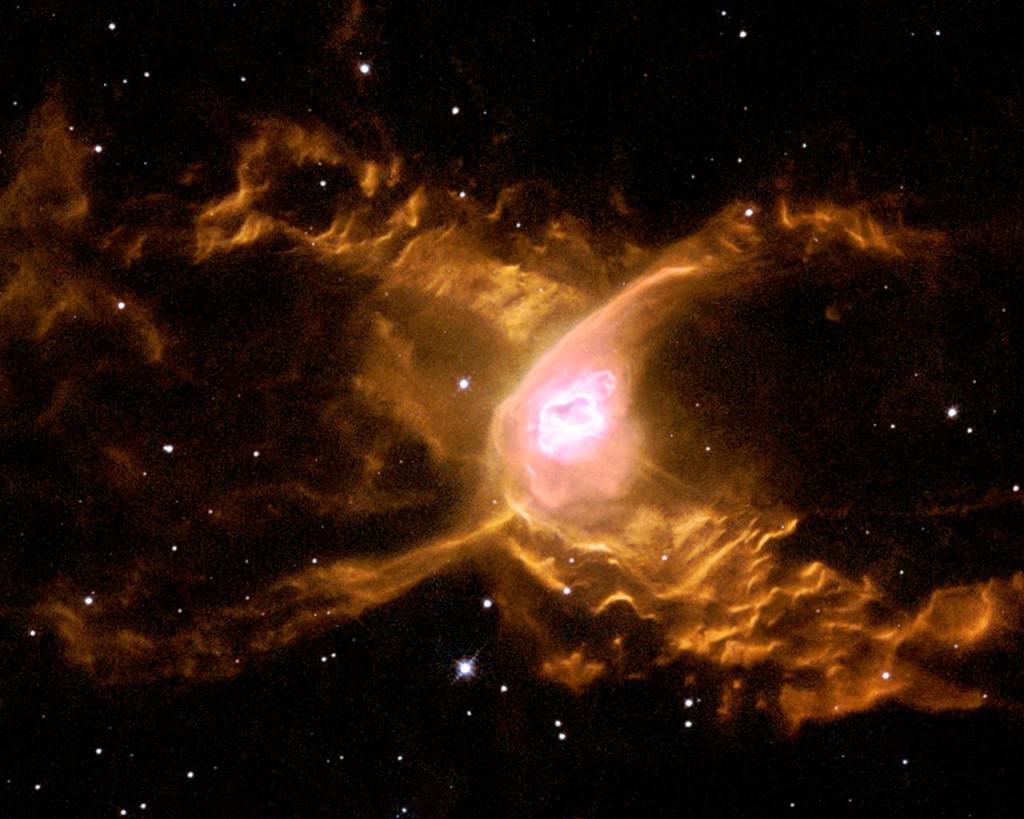 This is a great image of the red spider nebula, famous for housing some of the hottest stars ever discovered. 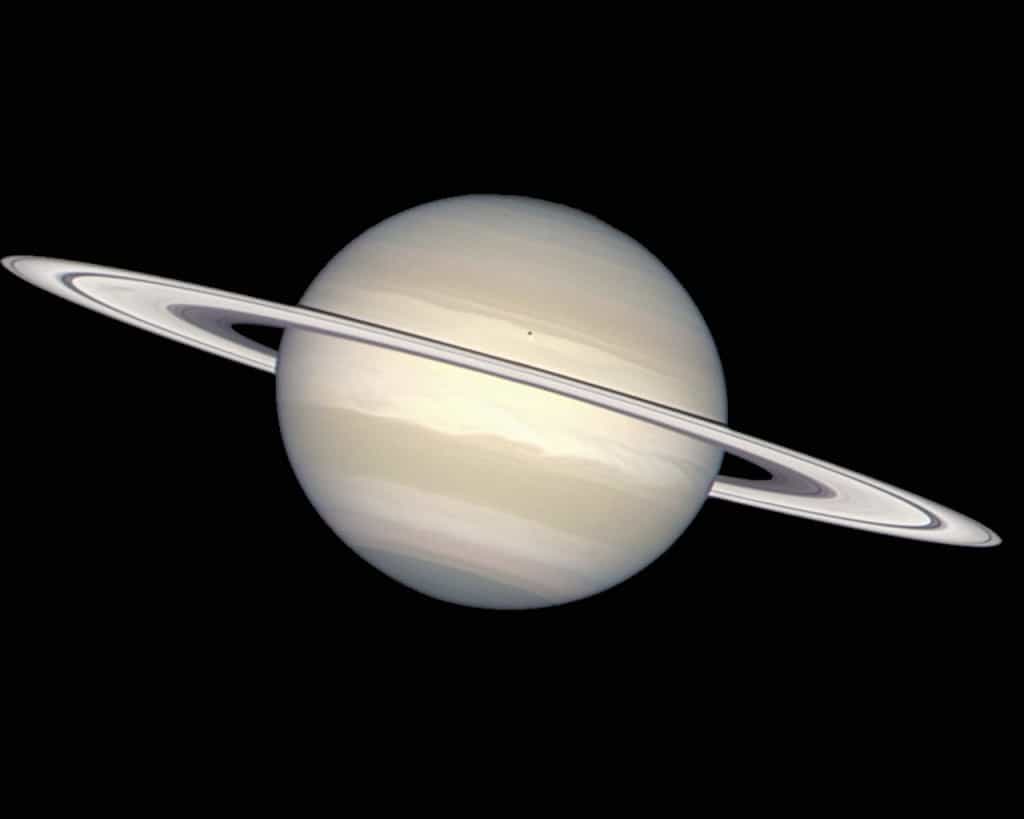 Although the Hubble telescope has produced many quality images of Saturn, this is known to be the clearest and most natural photograph of the planet. 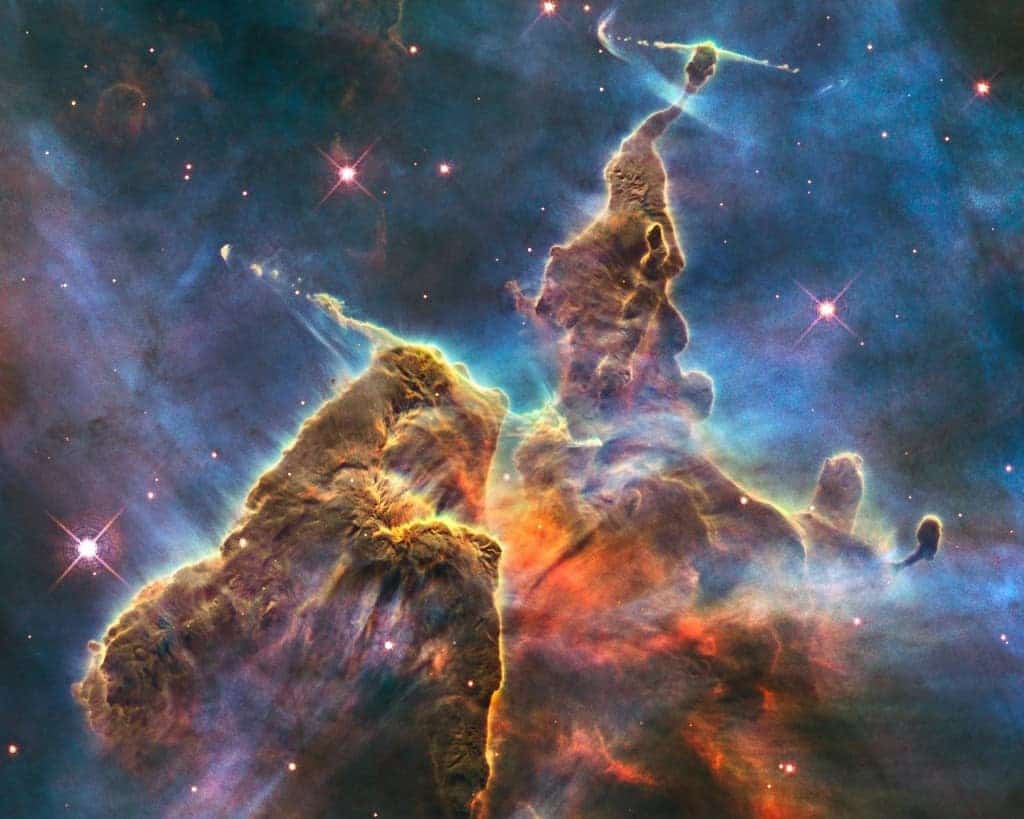 This is one of the most famous images captured by the telescope. It is the creation of mountain shaped celestial activity formed due to the burning of stars. 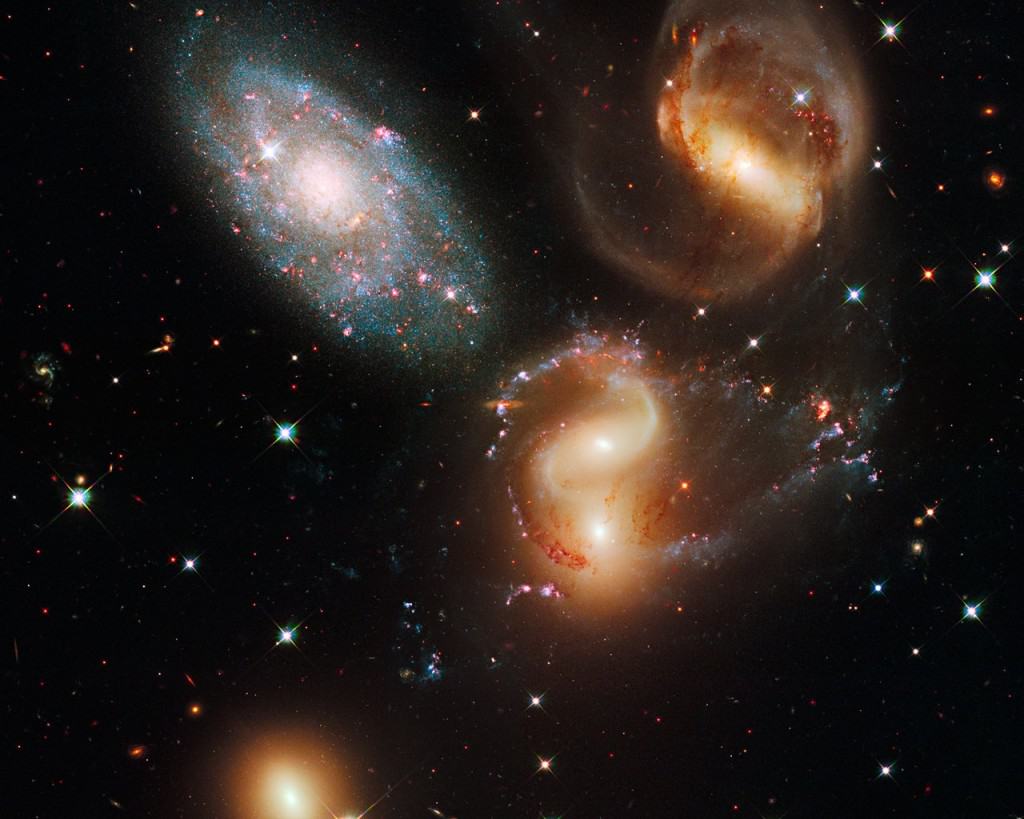 This tremendous image represents five different galaxies that can be seen in one image itself. It is referred to as Stephan’s Quintet. 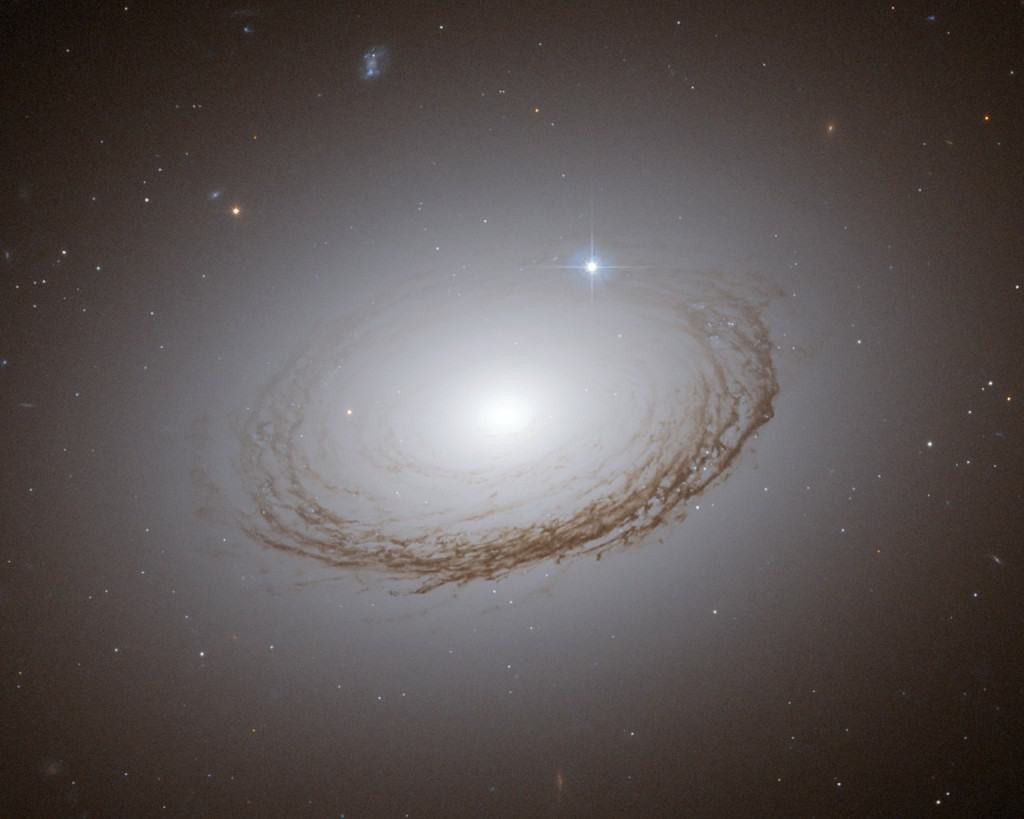 It is amazing how much of dust, rocks and debris constitutes deep space. This image does a great job in highlighting dust lanes that can be clearly seen due to a strong back light. 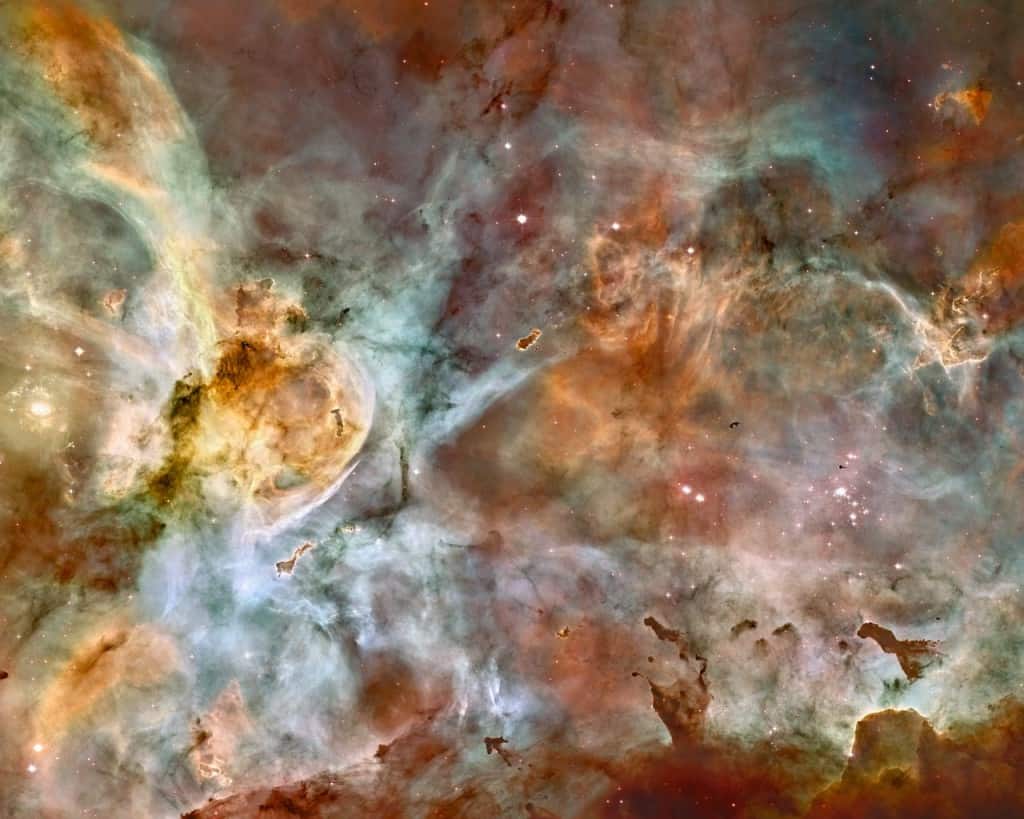 This is one of the most detailed visuals showcasing the birth of a star. This is taken in the Carina Nebula and shows the impact of winds and ultraviolet radiation in the region. 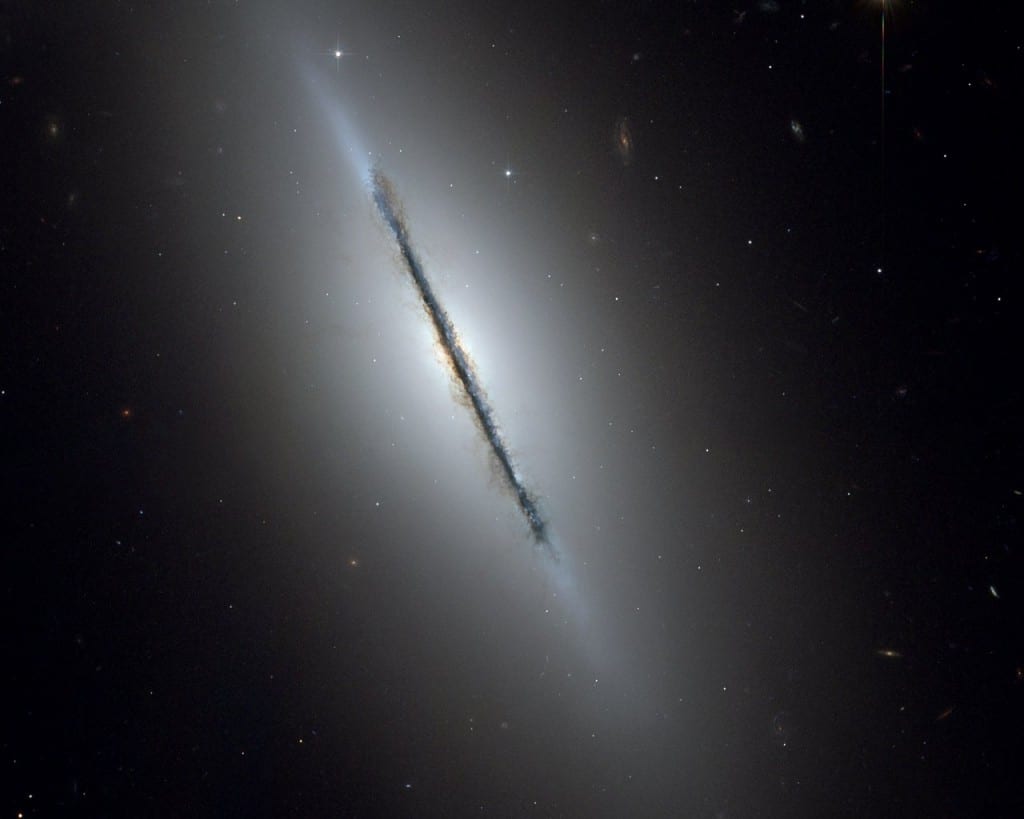 This is a visual of the disk galaxy taken in an absolute side-on view. 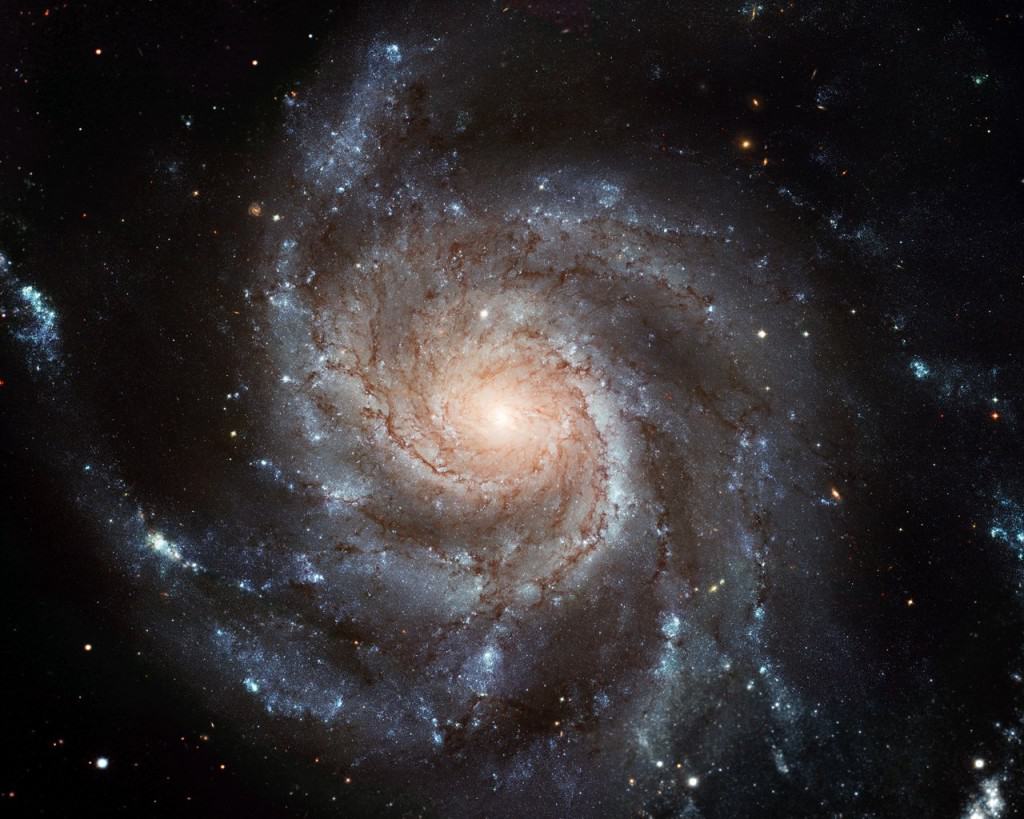 This is a picture of the Pinwheel galaxy and is known to be the largest galactic portrait ever captured. 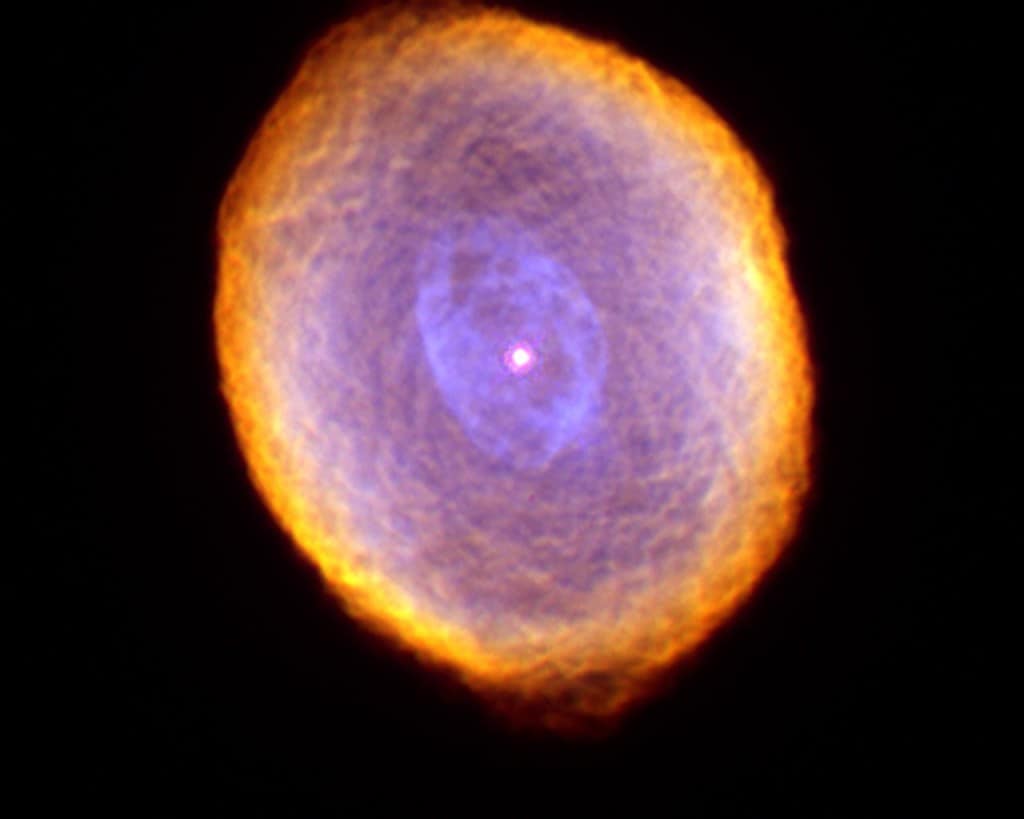 This is a clear and crisp photograph taken of the enchanting Spirograph Nebula.

Encounter Of The Rare Kind 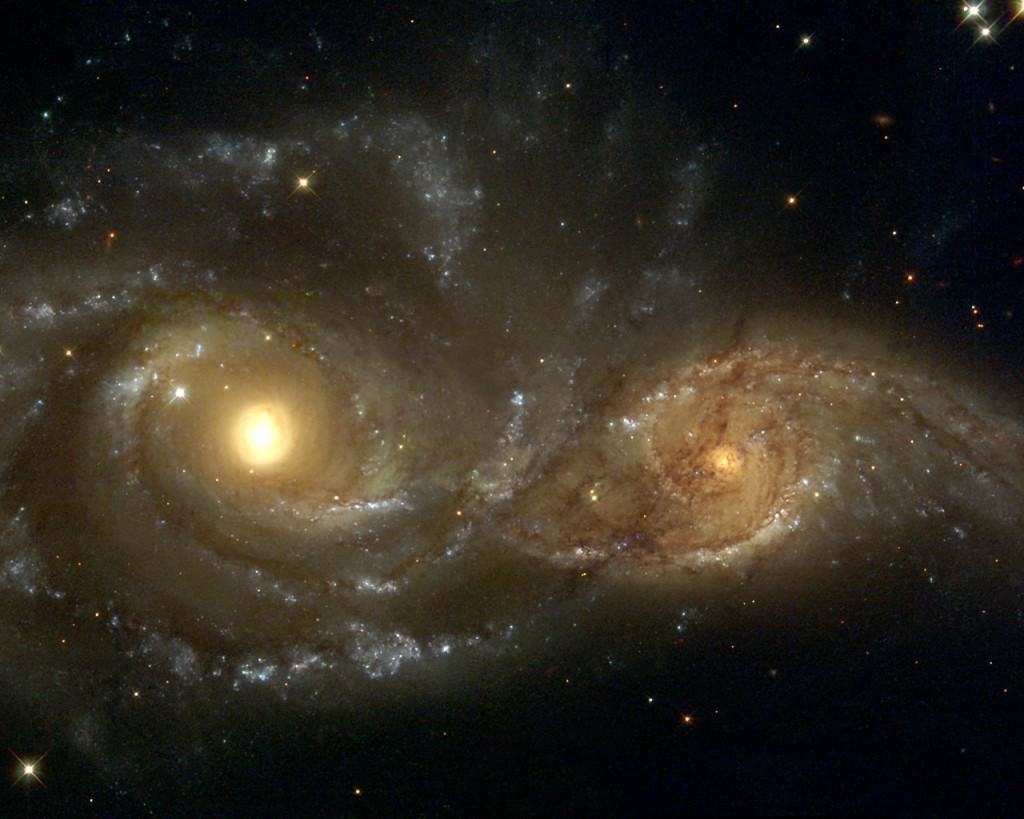 This beautiful image highlights the rare sight of two spiral galaxies moving very close to one another.