20 Hilarious Advertisement Fails You Must See

Advertisements are everywhere nowadays, on our phones, computers, billboards and television — just to name a few. Most adverts have been meticulously made to ensure they convey the correct message, appeal to their target audience, and use colors, slogans or catchy tunes to grab our attention. There are, however, plenty of advertisements which weren’t properly thought through — they may have been overlooked or completed in a rush. These advertisement failures are hilarious, so have a check through these twenty that we’ve selected, and have a laugh or two at their expense. 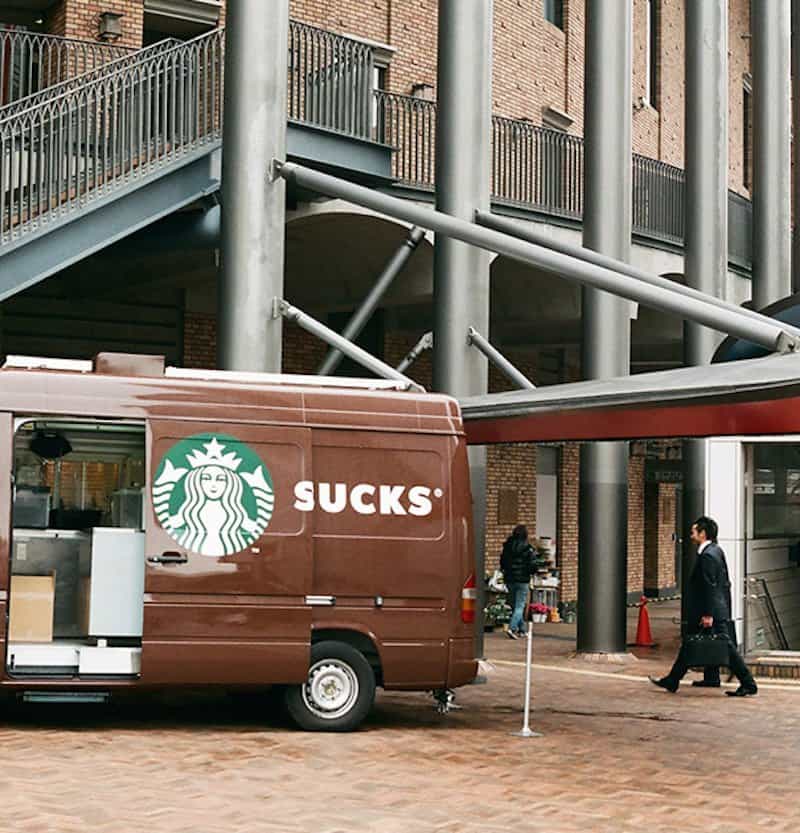 Advertisements on the side of vehicles is nothing new, however placing them on the side of a vehicle with a sliding door should cause the advertisers to look more closely at what they’re putting there. Case and point, this Starbucks advertisement; while it may seem fine when you’re driving around, once you open the door you company kind of… sucks? 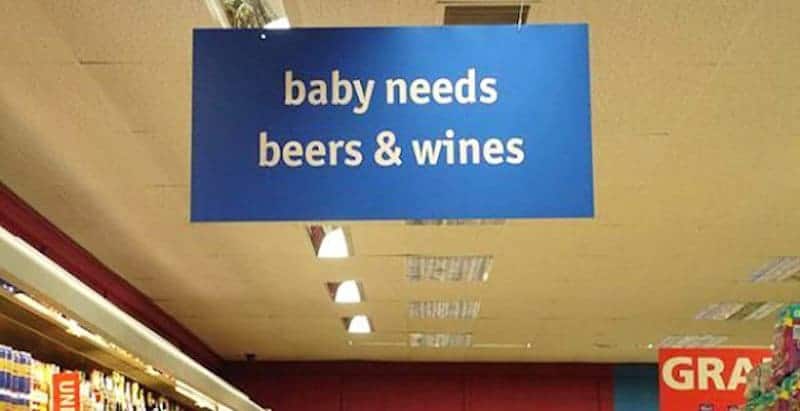 While you go to the store to buy diapers or baby food, it appears as if this store knows what your baby needs most. 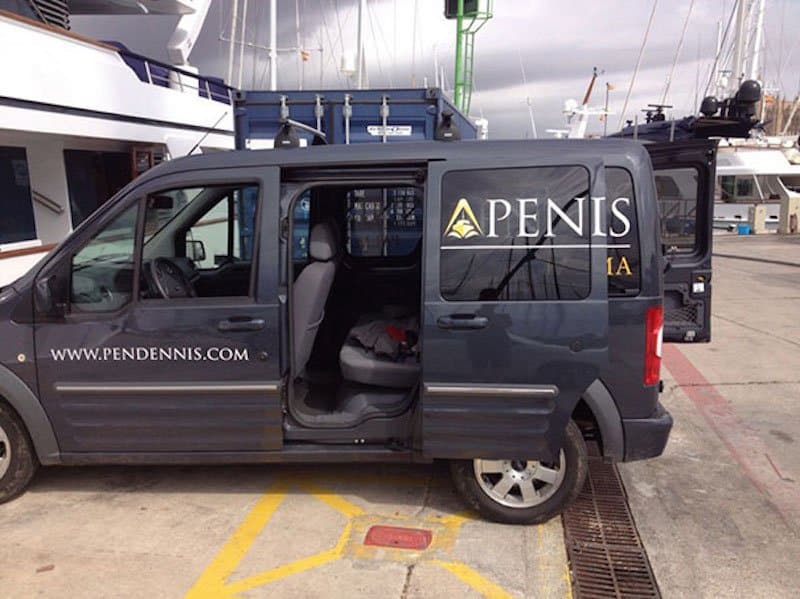 Just like the Starbucks advertisement, companies should really think through what they’re putting on the side of vehicles with sliding doors.

Go Ahead, Show Her 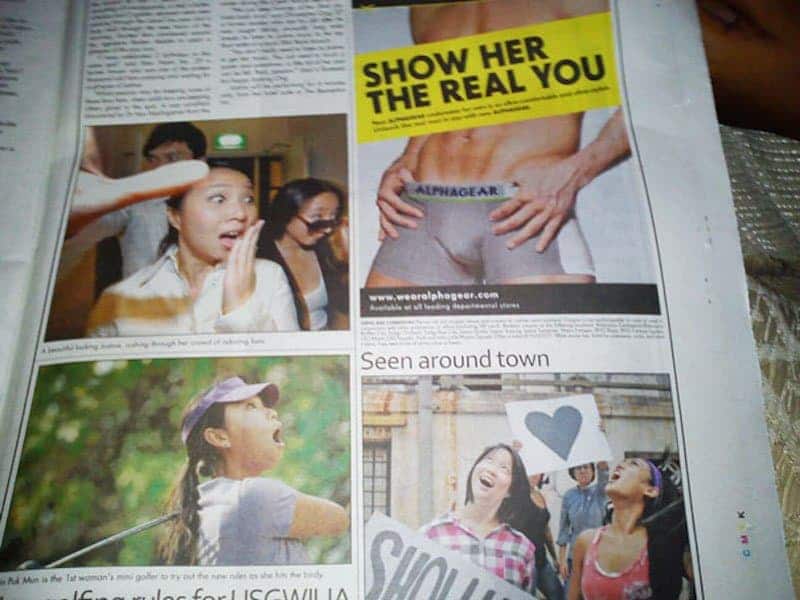 While we’re not too sure if those images of the women were purposely placed in these locations, the end result is hilarious regardless. 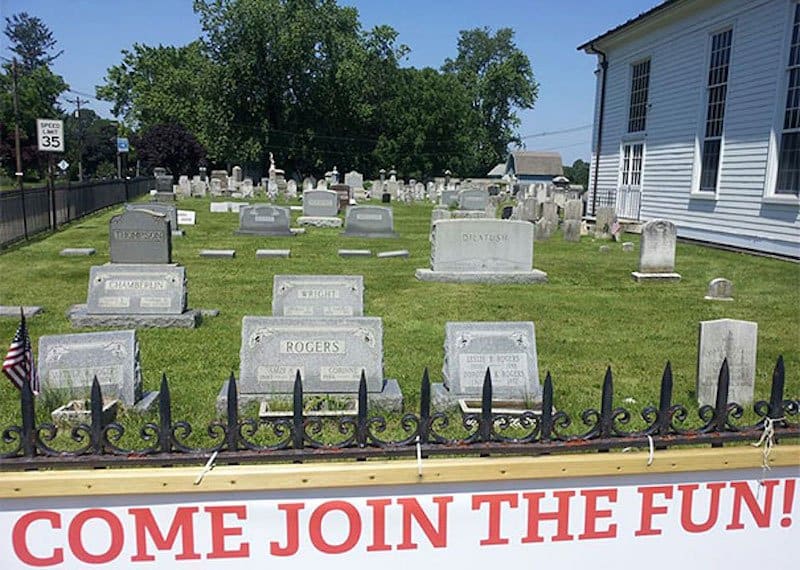 If the church you attend has something like this in front of their graveyard, you may want to consider attending a different church. 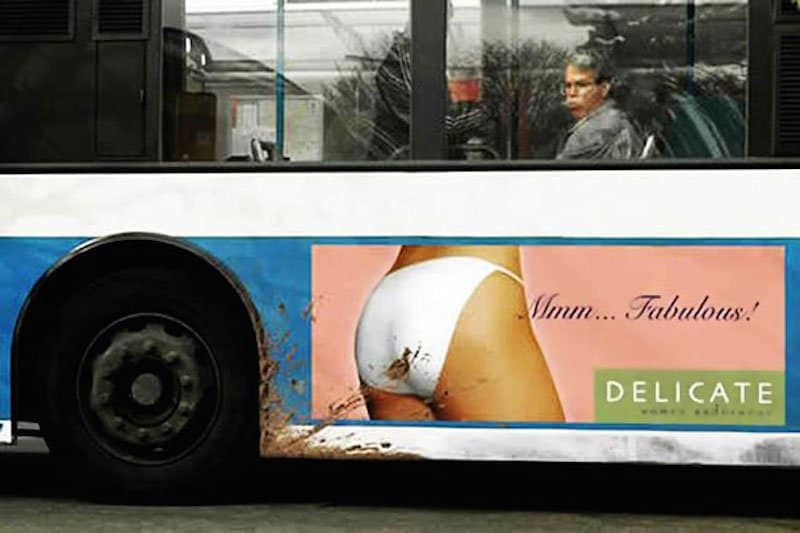 The image, text and dirt on this advertisement make it hilarious. Firstly, the image of the woman in her underwear is in the perfect spot for all of that mud on your tires to fly off. 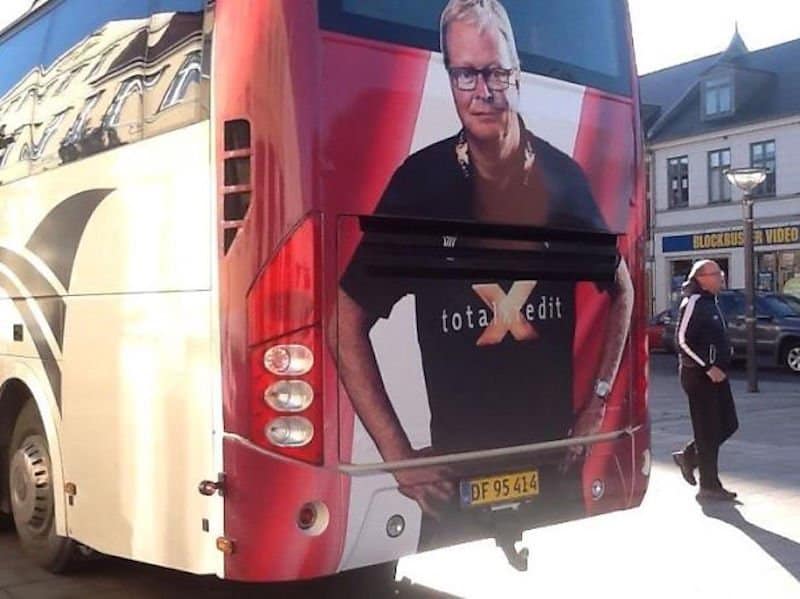 The placement of this ad right above the tow ball of the bus is hilarious, whether it was intended or not. 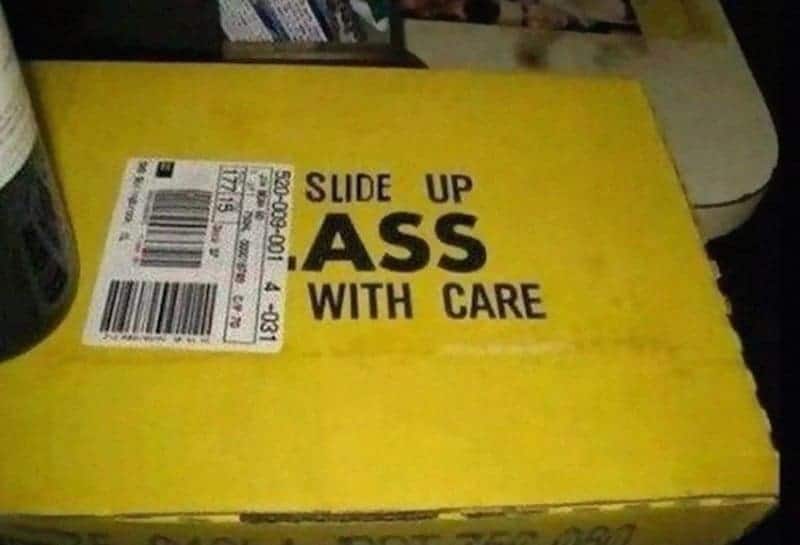 We’re not too sure whether the worker purposely put the sticker in this location, but the resulting message is inspirational. 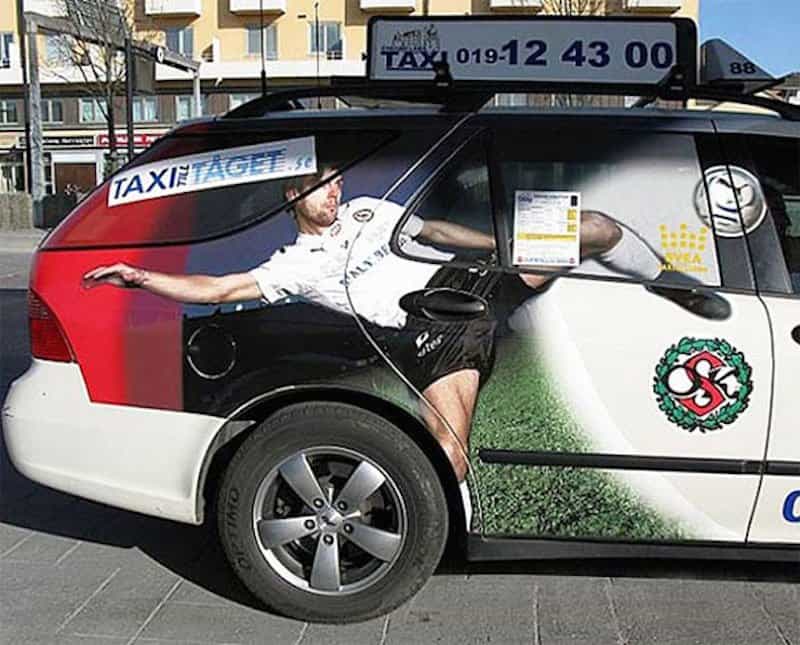 We were looking at this advert for a while, until we found out what was wrong with it. If you can’t find it, look where you’d open the back door. 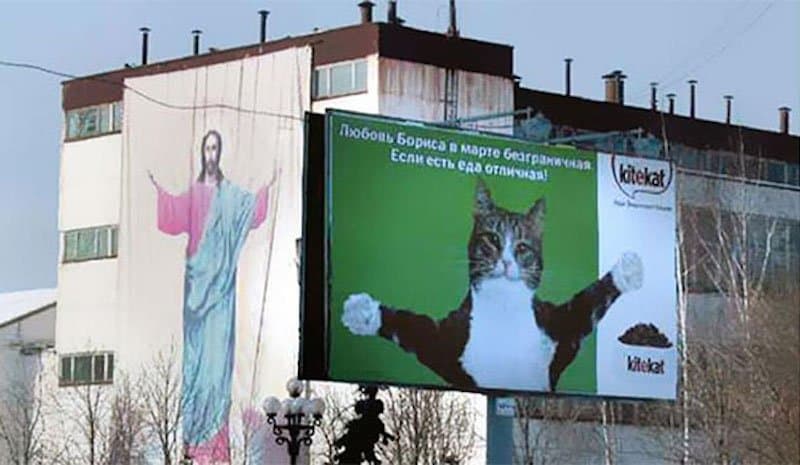 This billboard placement is perfect. It appears as if Jesus was reincarnated into on of our furry feline companions. 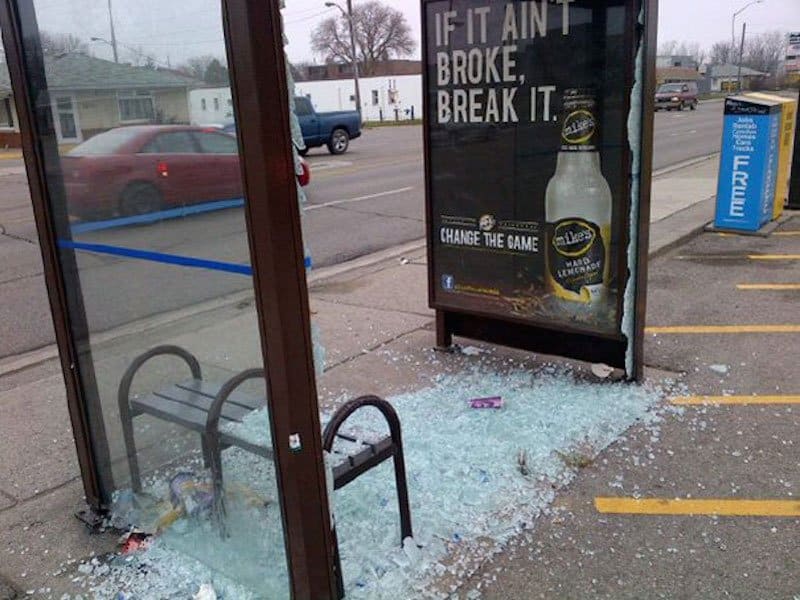 It seems as if this advert was taken literally, as the window which wasn’t previously broken, obviously is now. We’re just wondering whether the company who built the bus shelter could sue the advertisers. 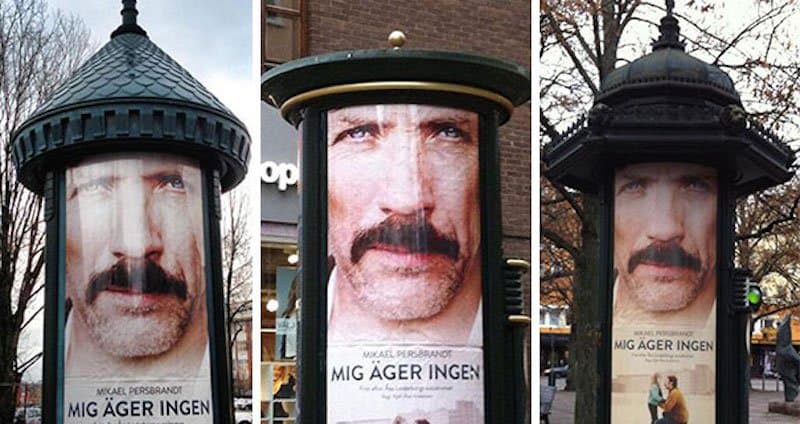 This has to be placed here on purpose. Whether it was or not, this guy is sporting some rather lavish hats, and looking good in all of them. 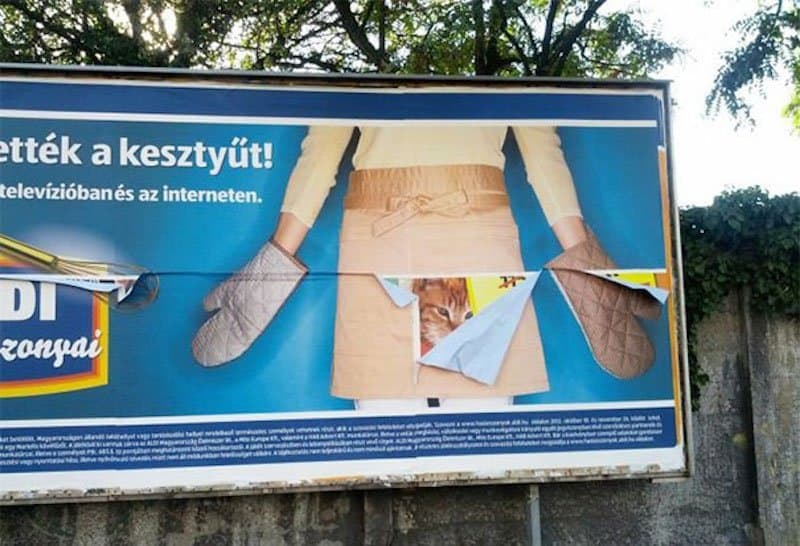 This billboard is peeling, revealing the previous ad beneath it. What’s got us cracking up is what’s beneath the woman’s skirt. 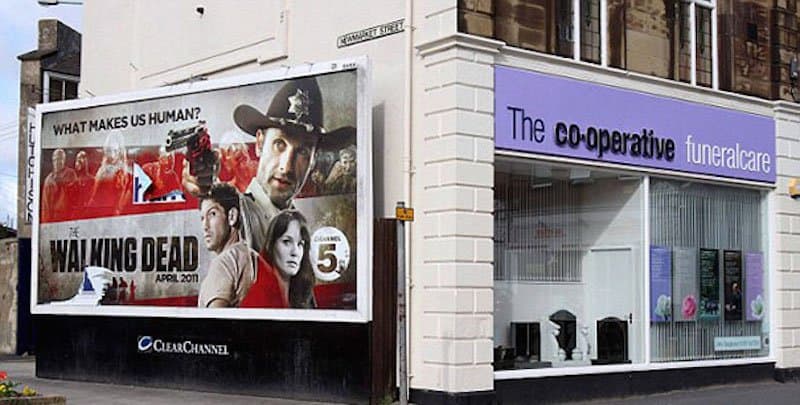 This seems to be placed in the right spot, as there’s a lot of undead on The Walking Dead, and that’s not including all of our favorite characters which have been killed off. We’re just wondering how much it’d cost for funeral care for all of the zombies. 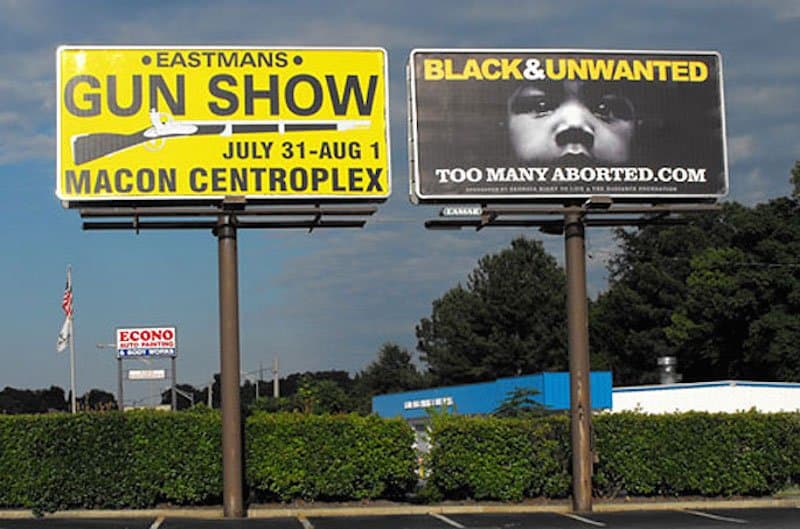 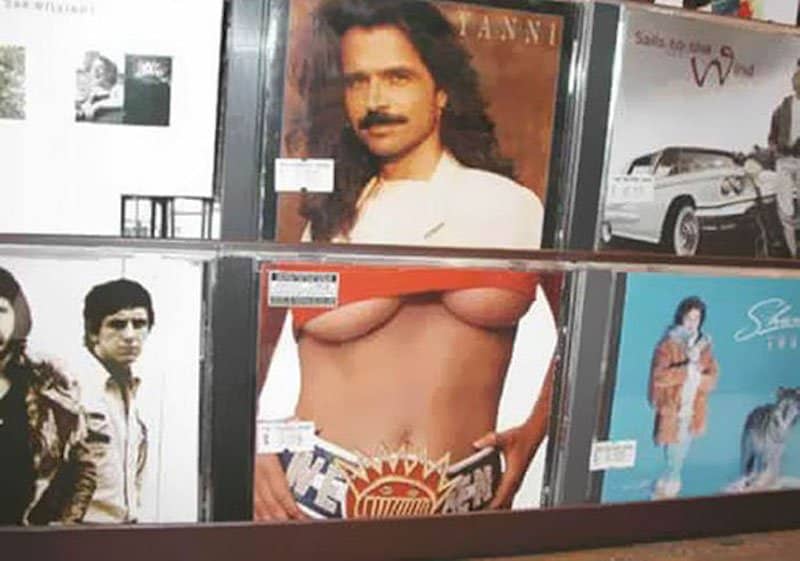 Yanni has some rather luscious hair in this picture, and is sporting some pretty good underboob. The placement of these CDs is perfect.

Get Your What Ready? 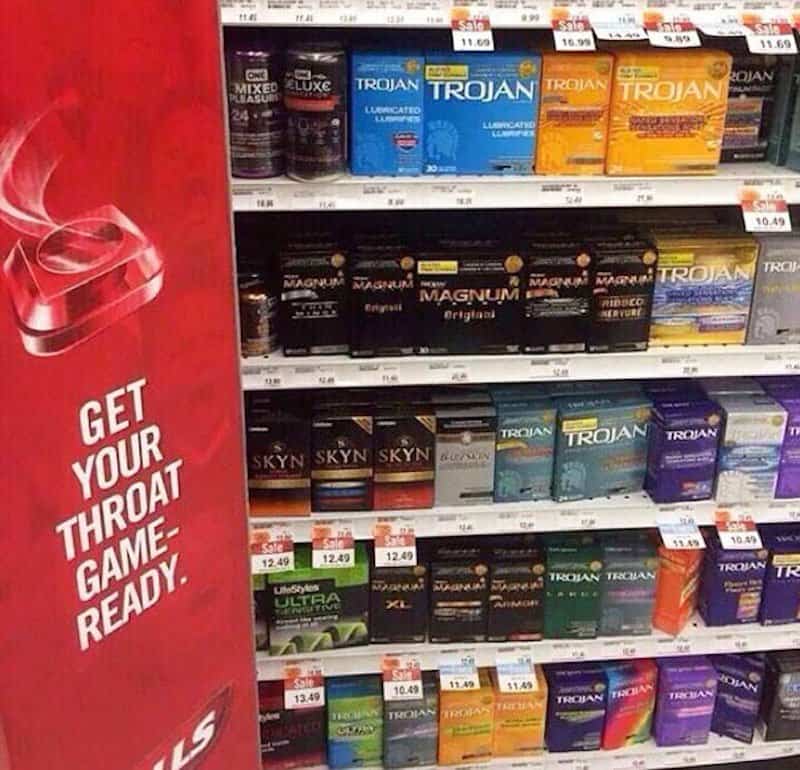 We’re not too sure who placed the lozenge ad next to the condom section, but it’s a bit suggestive, don’t you think? 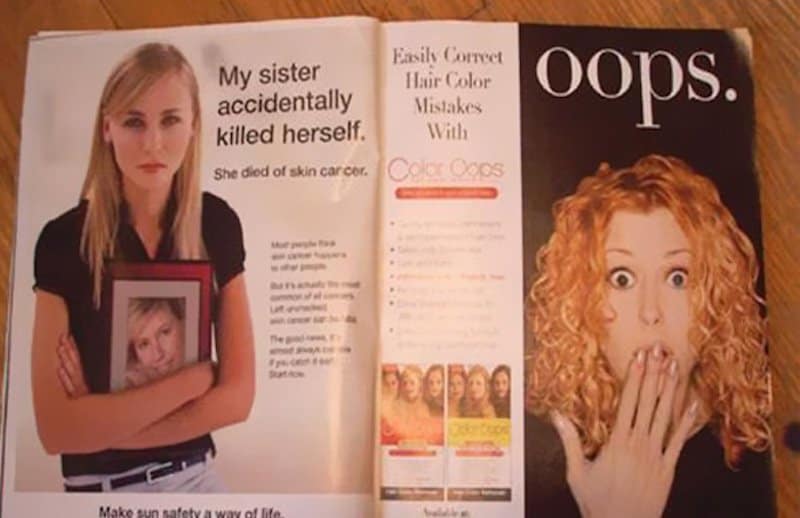 The page placement in this magazine is rather crude and careless. It appears as if she’s saying “oops” to her sister killing herself… 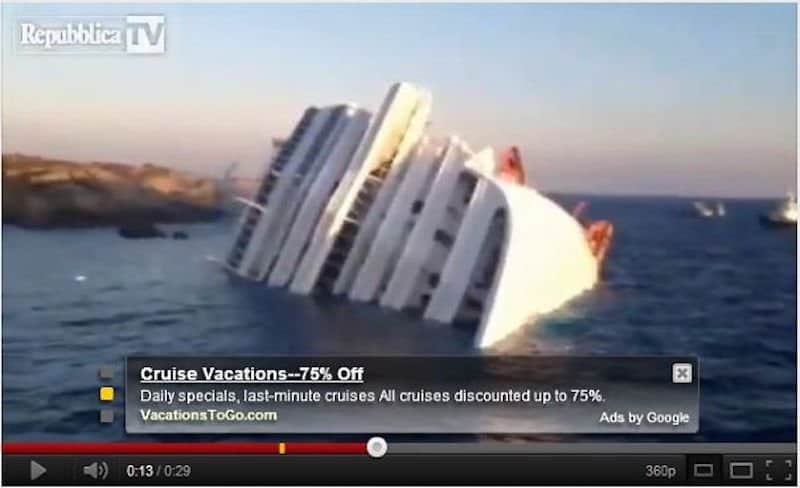 YouTube has some rather intrusive advertisements, including unskippable ones which we hate watching. We should pay more attention though, maybe we’d catch something like this? 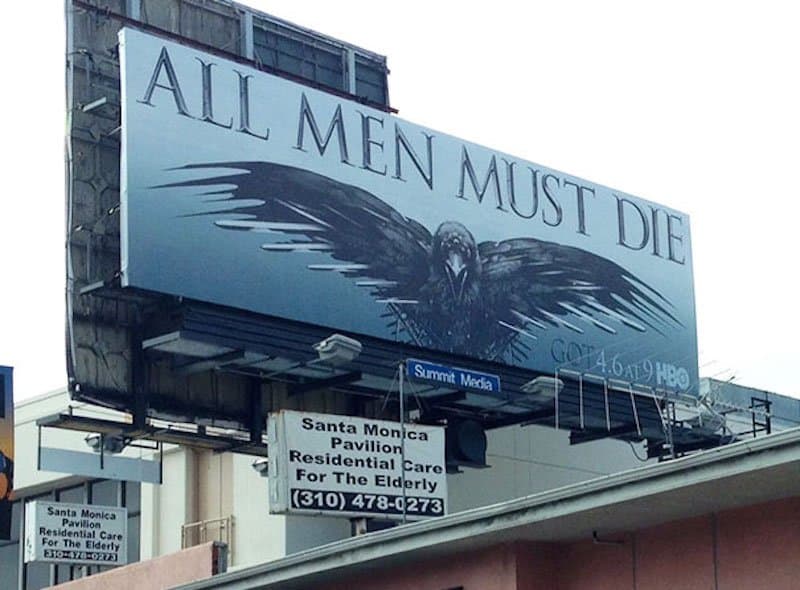 The Game Of Thrones advertisement right above Santa Monica’s residential care seems to suggest they’re not providing the care they advertise.