15 Of The Funniest Notes Ever Written By Kids

Kids certainly do say the damnedest things. The great thing about kids is that they also write some of the damnedest things as well. Whether they are angry or sad, happy or just in a weird kind of mood, kids over the years have written some of the craziest, funniest notes that have ever managed to start floating around the web. Sometimes you just need a good laugh. Sometimes you need to know that your own kid isn’t quite as crazy as you thought they were. Whatever the reason, settle in and check out this list of the funniest notes ever written by kids.

Is It Mother’s Day Already? 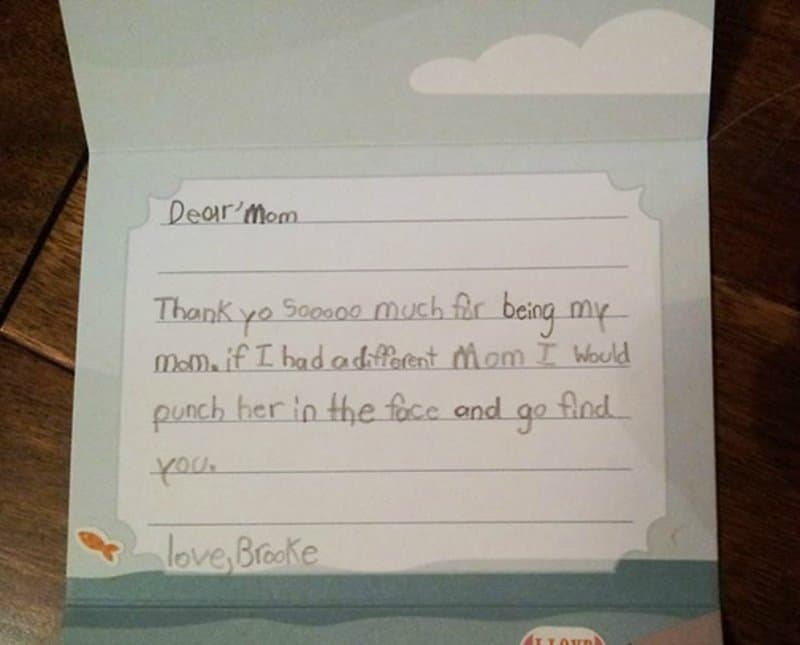 The best part of this note is it starts off as sweet as honey. And then takes a turn into the weirdly violent. At least you know whoever this mom is, she’s got one loyal kid. 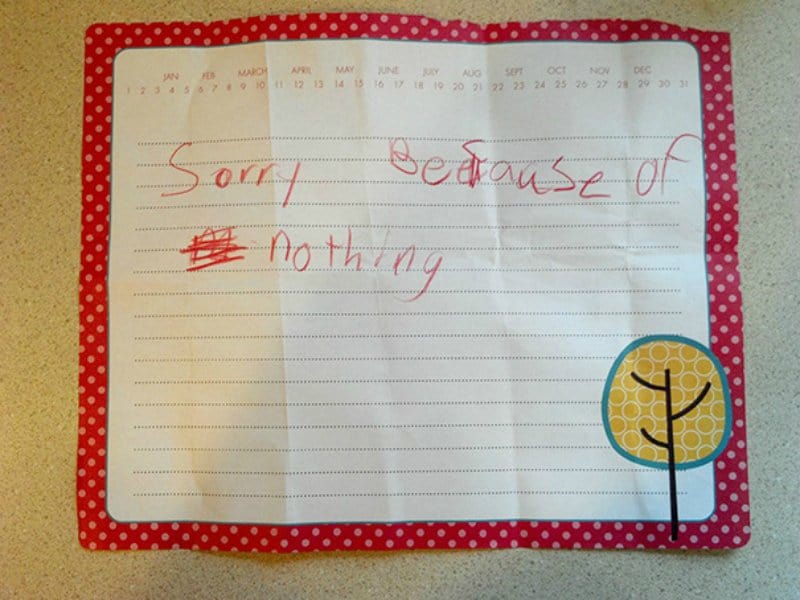 You probably remember when you were a kid and had to write a note apologizing for something. It appears this little whippersnapper isn’t yet at the point where they’re actually ready to apologize.

Sometimes God Answers Your Prayers With No 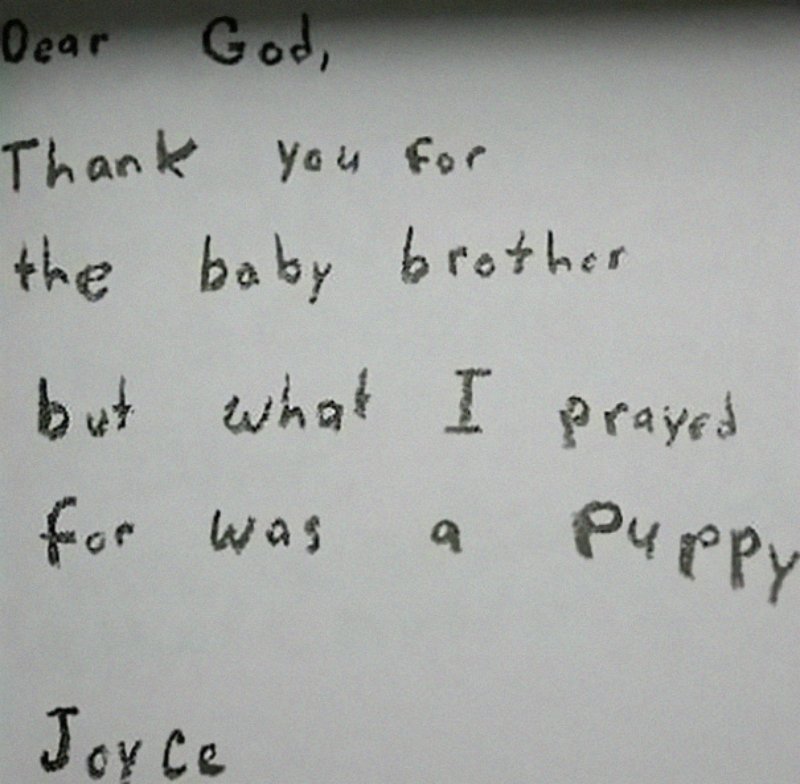 At least this kid remembered to say thank you. Anyone with siblings understands the ambivalence of suddenly being informed you’re getting a brother or sister. 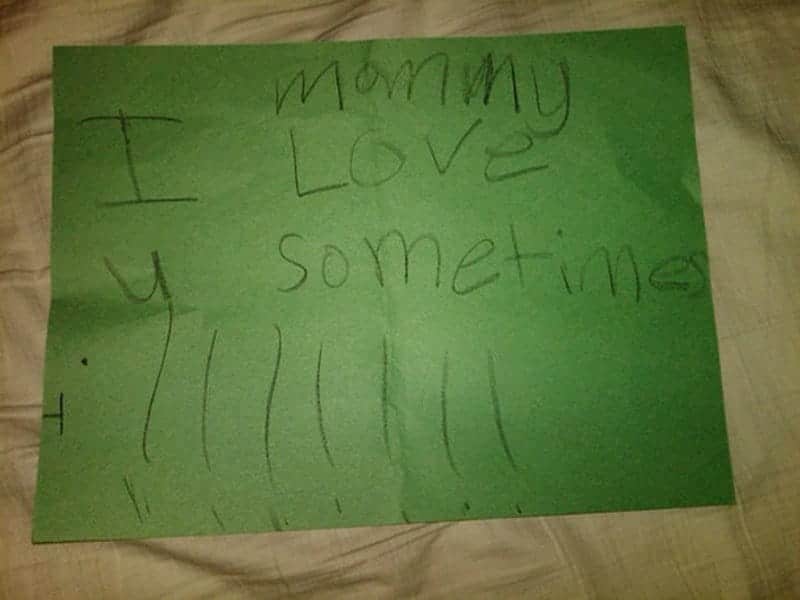 The best part of the this note is the seven exclamation points. This kid wanted to make sure their mom understood they were very, very excited about loving her… sometimes.

If At First You Don’t Succeed… 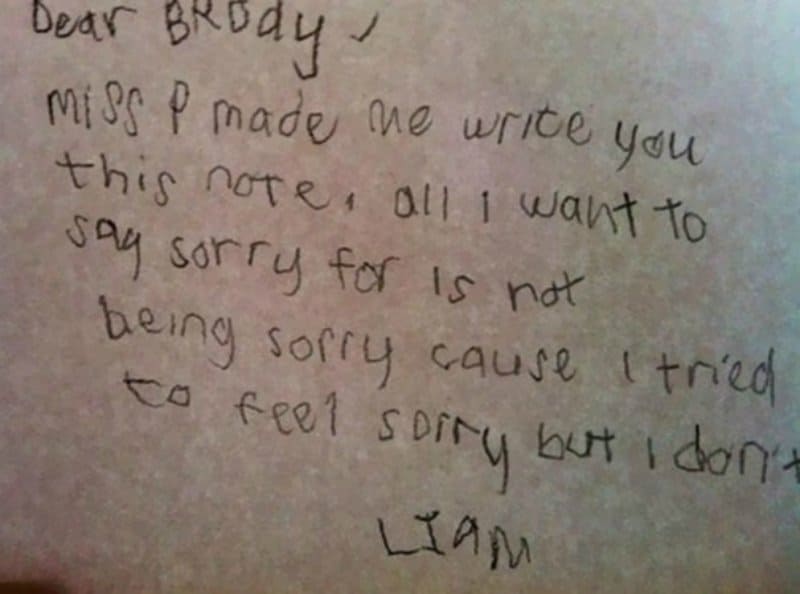 Yet another apology note without a real apology. Some kids have apparently really perfected the art of hanging onto their anger. At least they tried to feel sorry. Maybe they’ll get it next time. 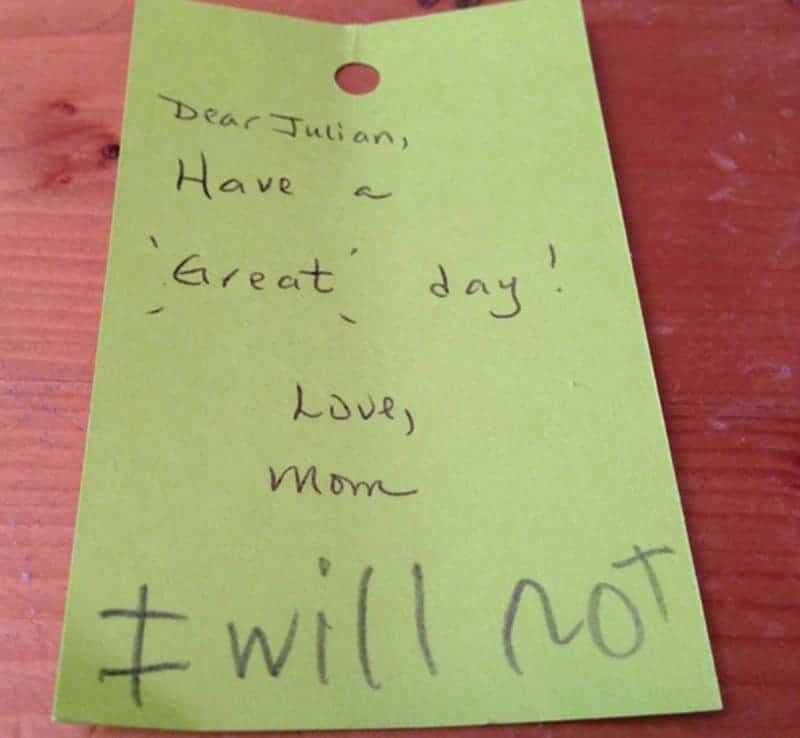 Sometimes mom’s just can’t win. This one tried her best to get Julian to have a great start to the day. It appears that Julian was dead set against giving it a go.

You’d Be Mad If You Were Falsely Accused Too 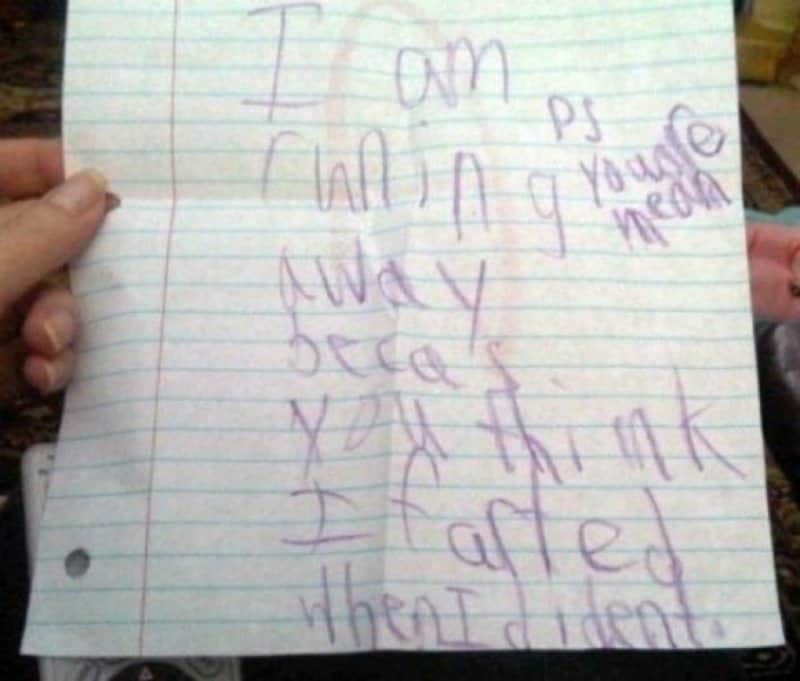 It appears that being accused of passing gas is a bridge too far for this little one. Perhaps if mom apologizes to them for wrongly accusing them of being stinky, they’ll reconsider their departure. 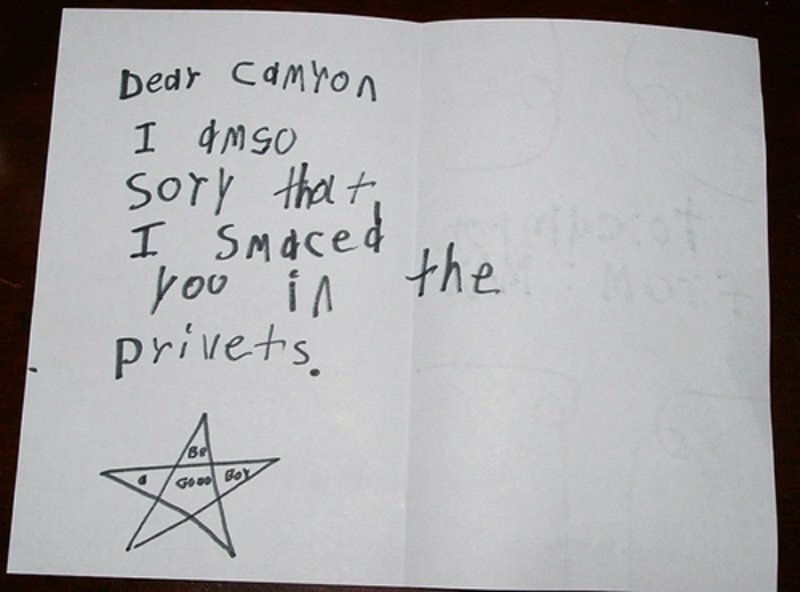 Finally, an apology note that actually includes a real apology. The best part of this note of course, isn’t that they spelled privates wrong. The best part is the little drawing at the bottom. 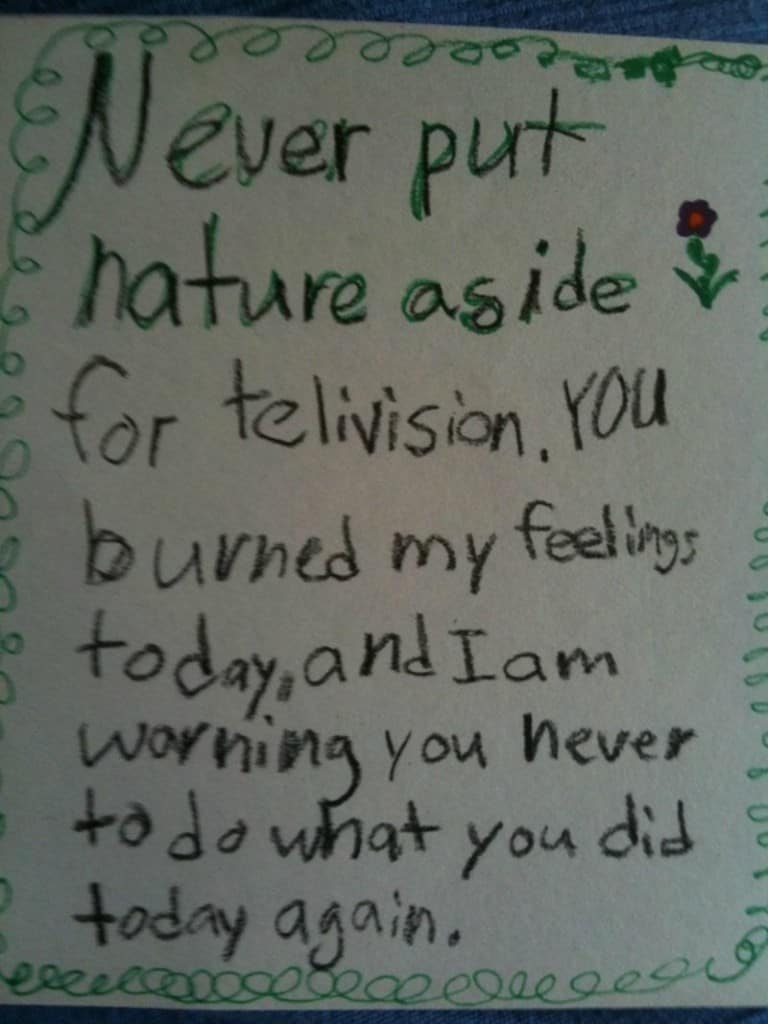 This particular kid seems to have a real love of nature. In fact, their love of nature and desire to be outside with their parents seems a little scary. Let’s hope no one burns this kid’s feelings a second time. 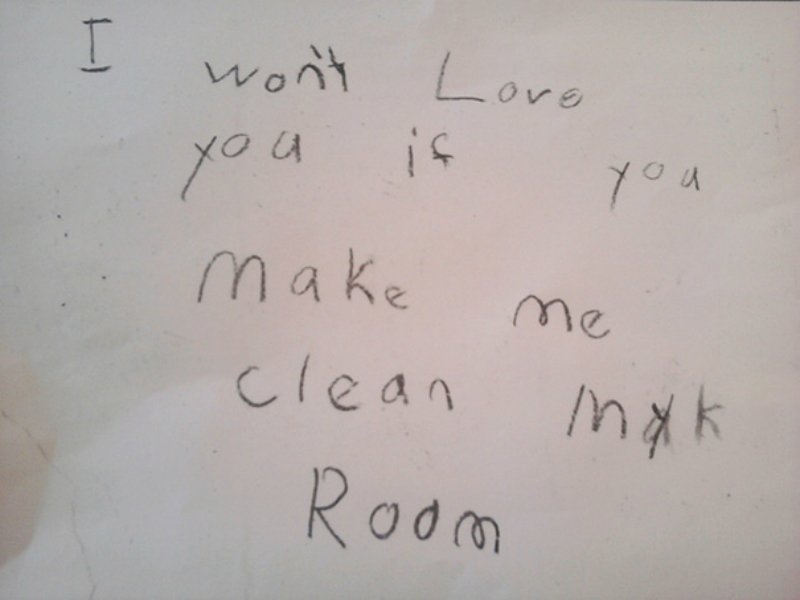 Does anyone really like doing chores? This kid is just laying it on the line and telling their parents exactly what the repercussions of having do a particular chore might be. We give them points for that.

And The Dog Learned A Valuable Lesson That Day 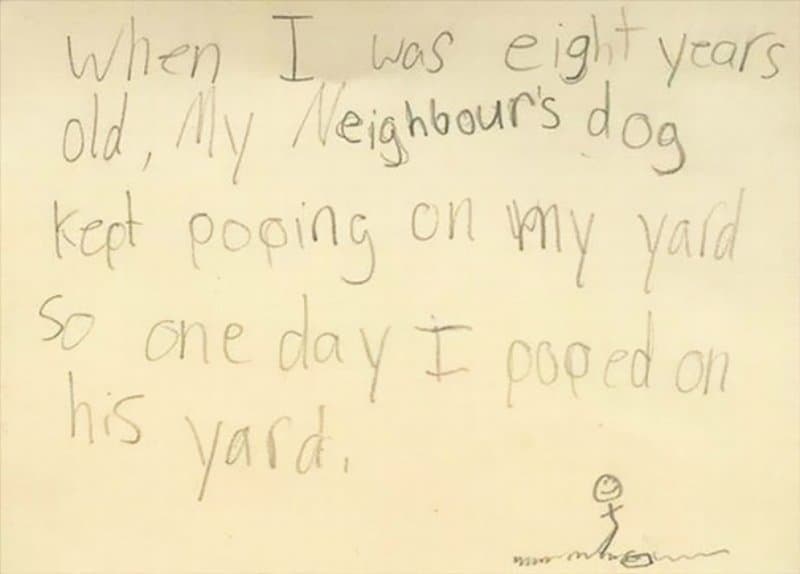 If the dog wouldn’t listen when it was repeatedly told to stop pooing in this kid’s yard, then we have to say that it seemed as if the little tyke’s hands were tied. We just wish we knew whether or not the dog stopped pooing on their yard after that.

Get This Kid To A Taco Bell ASAP 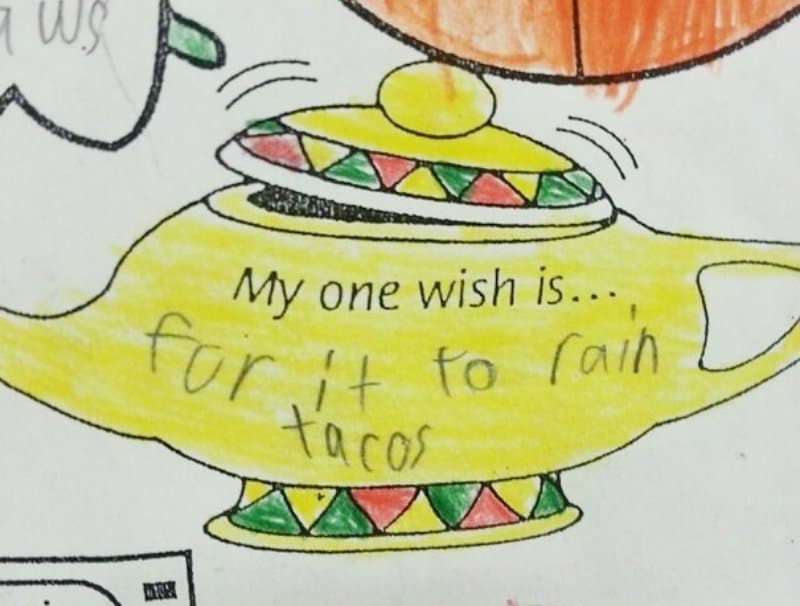 If someone wishes for it to start raining tacos, it’s your duty as an American to make sure that kid gets to eat at least one for lunch that day. Maybe you can even throw the taco into the air.

This One Gets An A For Effort 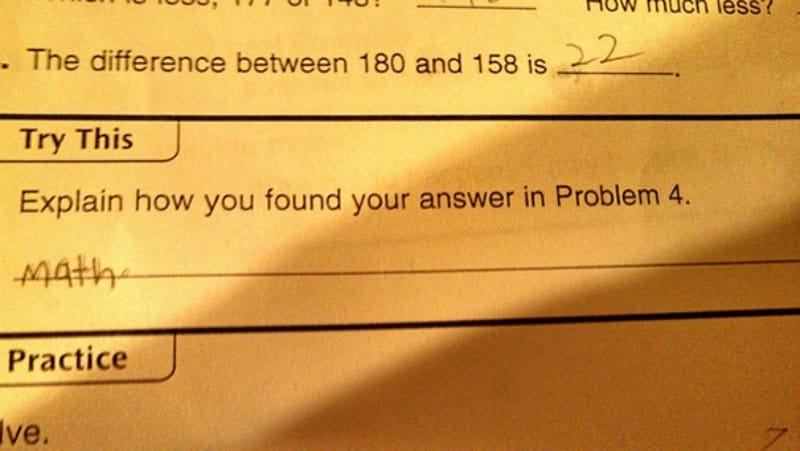 This kid better not have had this problem graded as wrong. If teachers aren’t going to be specific about what they are looking for, they need to learn to expect this kind of answer.

I Would Love To Try The Gwockomoly 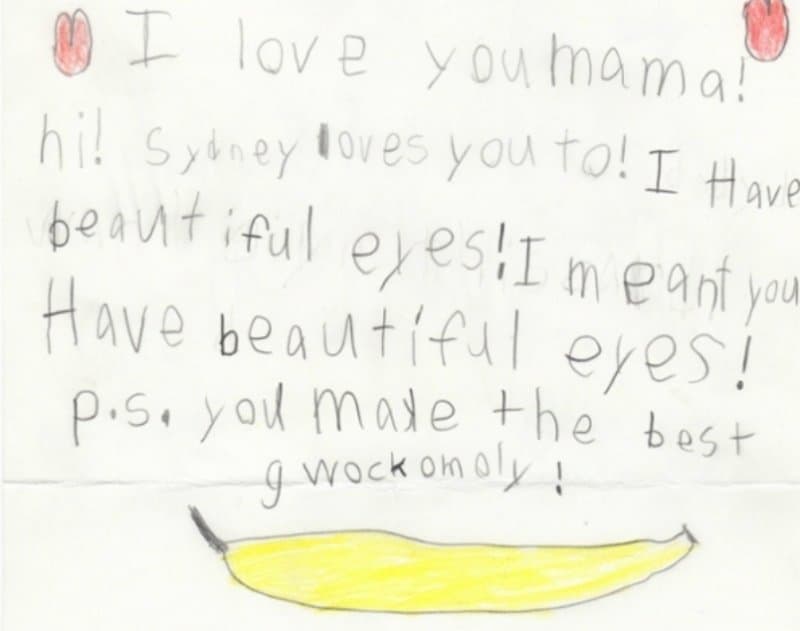 You’ve got to love the unadulterated joy with which this kid wrote their mom. They were so in love they couldn’t even remember whose eyes they loved most. The Guacamole with bananas sounds like a tasty treat too. 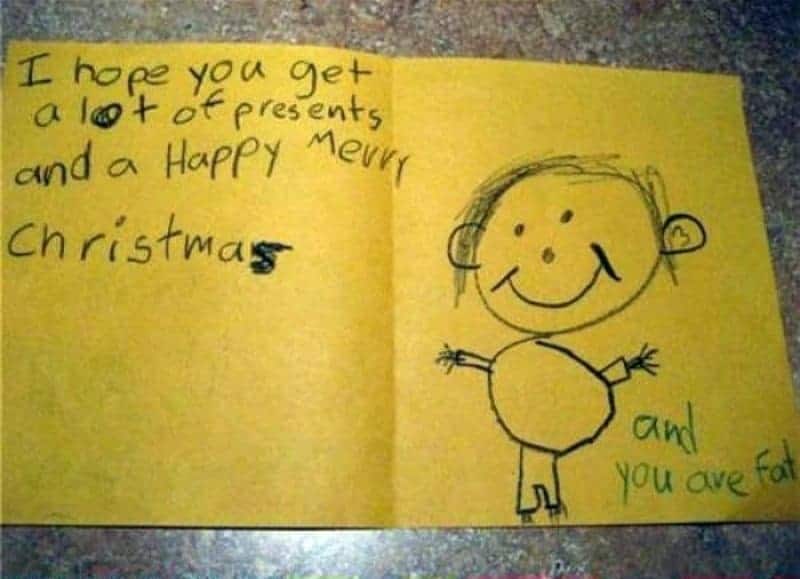 Oh look! Little Timmy wrote you a wonderful Christmas card and what’s this last part here? Oh, well that’s not very nice at all. At least now you’ve got an idea on what your New Year’s resolution should be.