There are plenty of iconic images that appear in all forms of media that can stay with you for a very long time after you have seen them. Whether they are logos of well-known companies, striking movie posters for blockbuster films or a character from a television series, they have the ability to imprint on your mind and remind you of them at random times. However, sometimes you may notice that a particular picture has hidden secret meanings or even unintended similarities with something else. These can ruin the way you see that thing and stop you from ever being able to look at it in the same way ever again, just like the examples in this list. 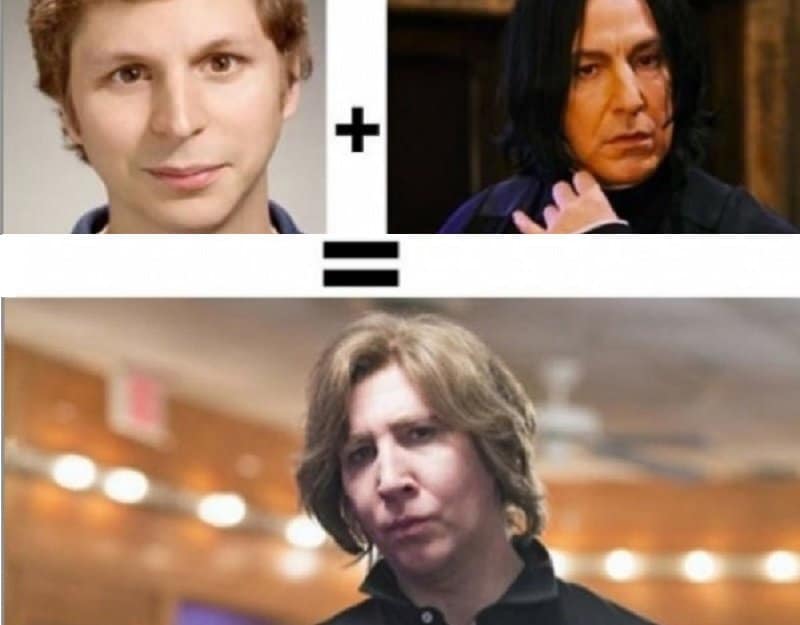 What do you get if you cross the comedy actor Michael Cera, famous for his roles in films such as Superbad and Scott Pilgrim vs. the World, with Alan Rickman’s portrayal of the wizard Severus Snape from Harry Potter. Well, according to this it is an exact replica of musician Marilyn Manson when he isn’t wearing his trademark makeup. 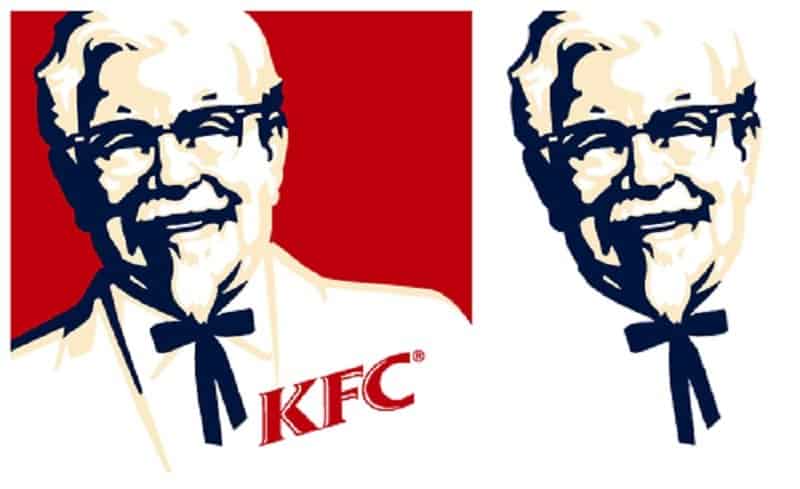 The Colonel is a pretty familiar face all around the world thanks to his striking likeness appearing at every single KFC stores. While the original logo as seen above shows the man in a suit, a few tweaks to remove the white jacket and it can make the Colonel appear to be a stick man with a giant head. 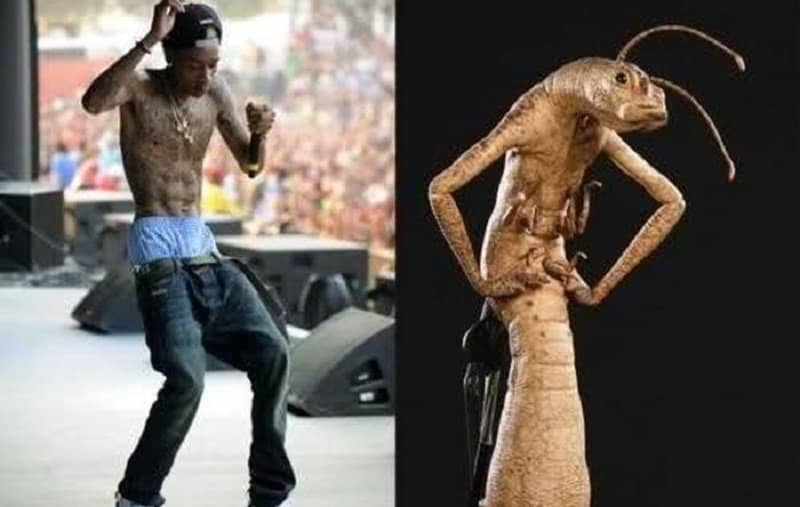 So it’s probably not the exact look that this rapper was going for, but he does look remarkably similar to the Big Worm that featured heavily in the Men in Black franchise. Unfortunately, he might not have realized that there was a rapper he could have modeled himself on in those movies. 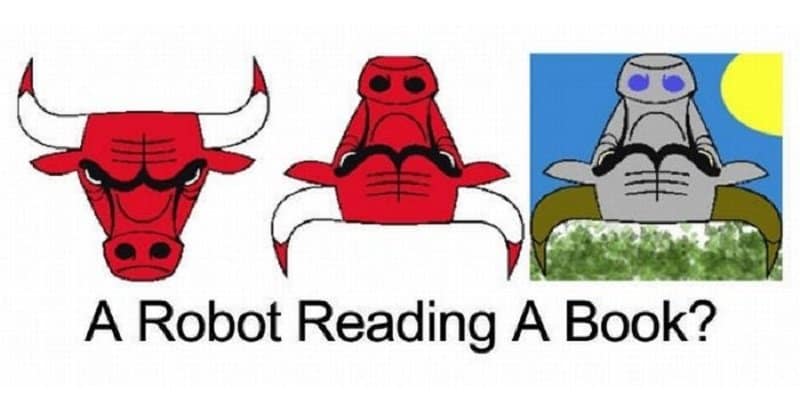 The iconic logo of the Chicago Bulls has become one of the most recognizable in sport thanks to the exploits of Michael Jordon. However, some people noticed that when turned upside down and with the color changed slightly, it no longer looks like a menacing bull. Instead it looks more like a robot with big eyes reading an opened book. 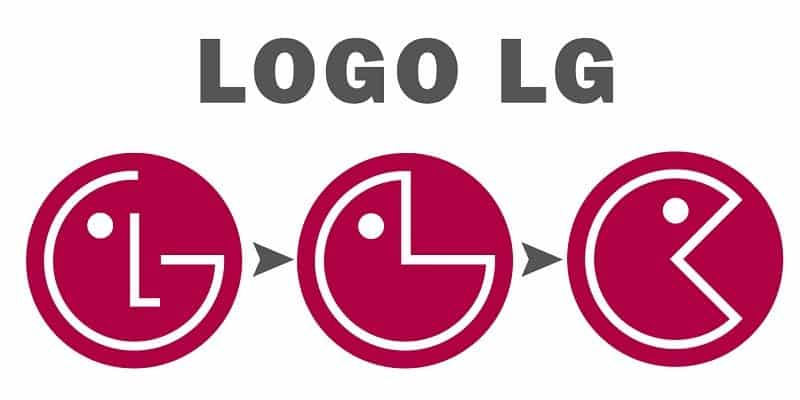 The LG logo is supposed to be a clever way of incorporating the two letters that give the company its name and be a subtle image of a person smiling widely. Join up the edges and twist it round, though, and you can see that the logo looks very like Pac-Man. If any of your LG products are afraid of ghosts, this might explain why. 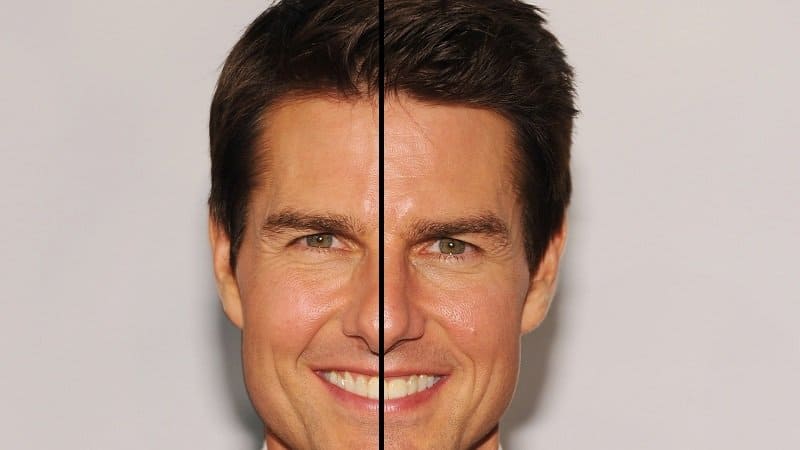 A series of dental procedures has apparently left Tom Cruise with a very peculiar property that you might never have noticed before, one of his tooth appears to be in the dead center of his face. If you think this is just some silly photoshop, an image search on your favorite search engine will give up plenty of other evidence to support the claim. 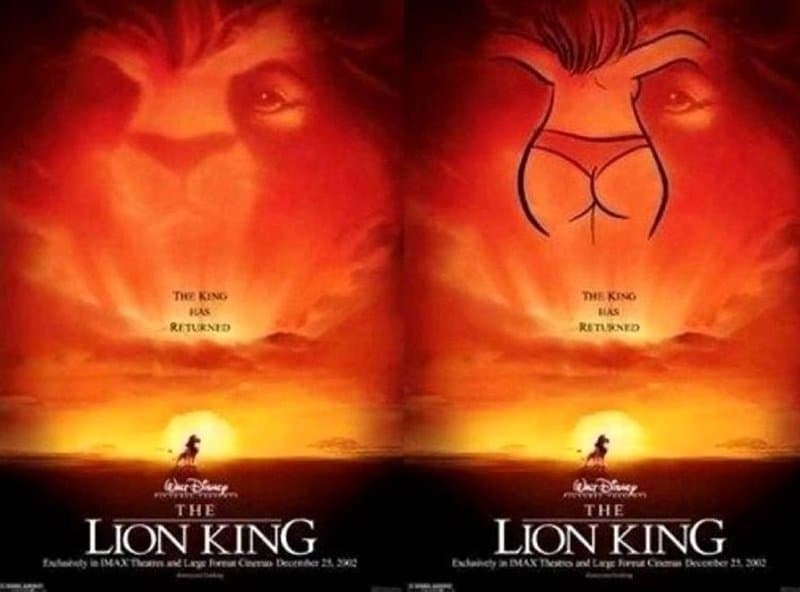 The Lion King has run into a variety of controversies since its release in 1994. These range from secret messages apparently put in by disgruntled animators to claims of copyright infringement of the story and visual elements. This one isn’t quite as outrageous as those examples but it will stop you from looking at the front cover of your DVD case of the film in the same way ever again. 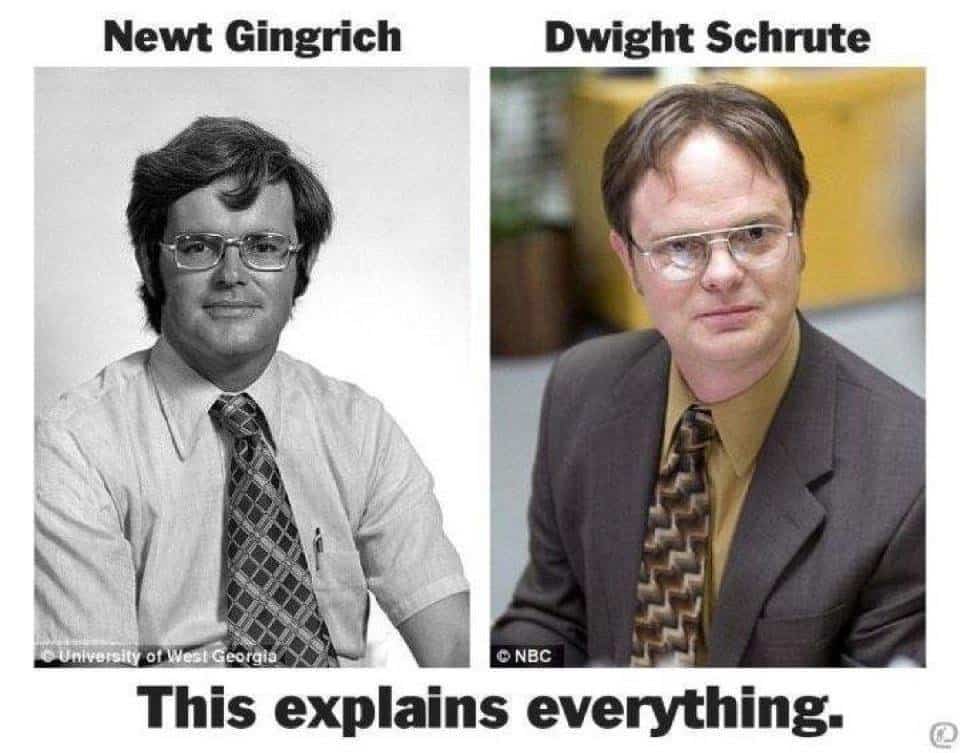 When Newt Gingrich was running for president in 2012, this image began circulating around the web, showing the politician in a much younger form and the similarities he had with The Office character Dwight Schrute. The comparisons then went on to focus on the lack of common sense and bumbling nature as well as their shared looks. 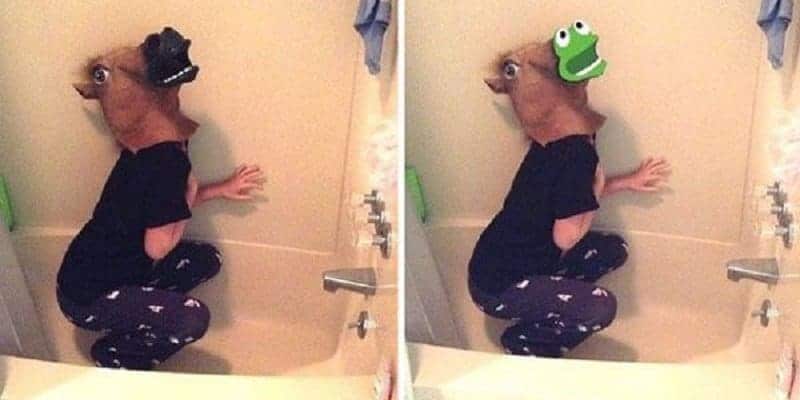 As if this image of someone crouching down in a bathtub wearing a horse head mask isn’t quite strange enough, it’s impossible not to notice that the mouth and nose bear a strong resemblance to a famous Muppet by the name of Kermit. 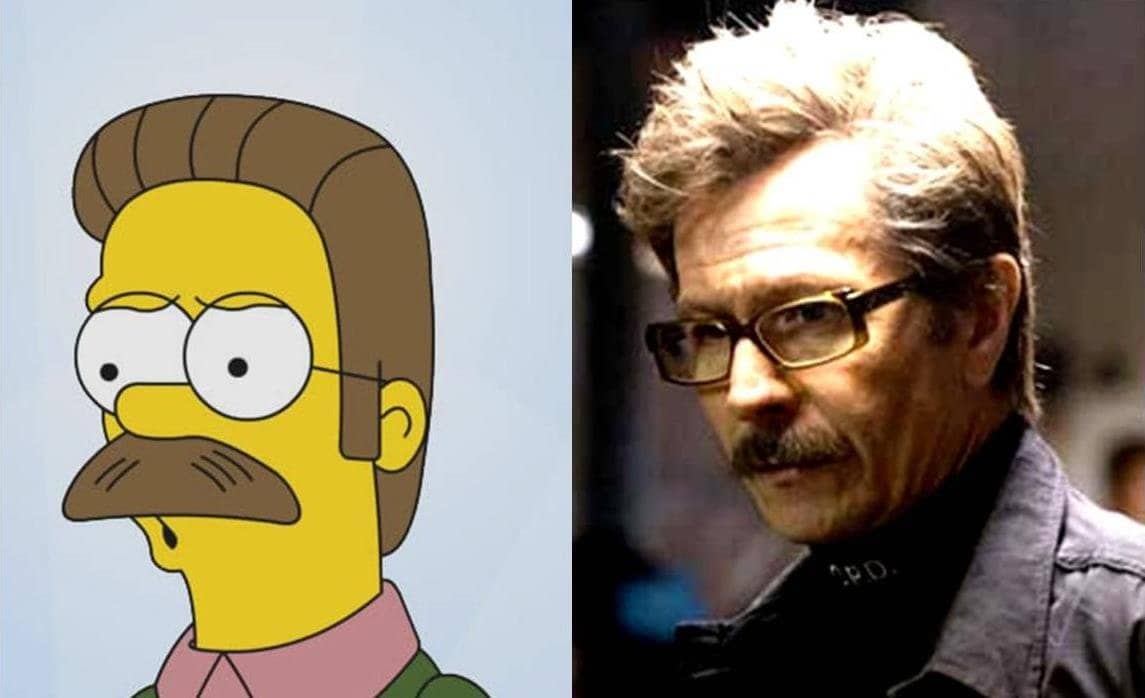 Commissioner James Gordon is one of the central characters in the Batman universe and in the Dark Knight trilogy he was portrayed by actor Gary Oldman. The role is entirely serious and Gordon acts as something of a moral compass, something that he might share with another fictional character that he also looks very similar to – Ned Flanders. 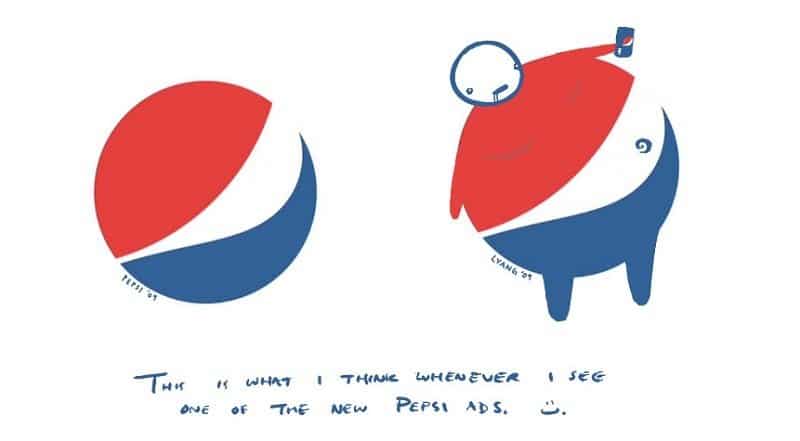 The Pepsi logo is known worldwide and you will see it almost every day through television ads, in stores and on vending machines. One artist realized though that with a few additions, such as a head, small arms and legs, the logo could instead be made to look like a rather large man, perhaps indicative of the inherit unhealthiness of soda.

Mitt Romney Hears A Who! 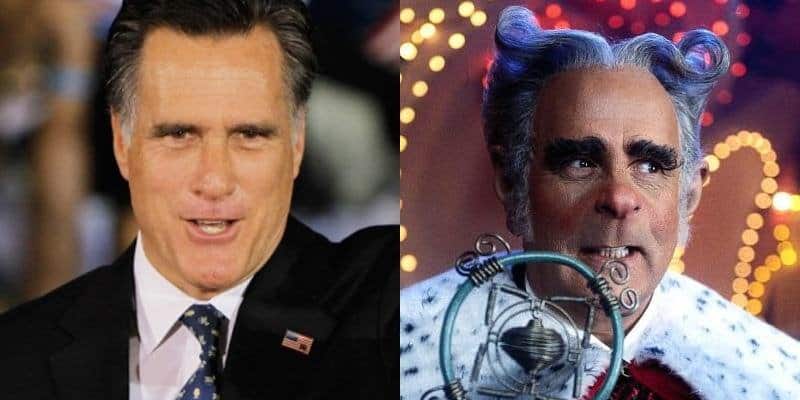 Similar to Newt Gingrich, opponents of Mitt Romney aimed to discredit the politician as he ran for office by showing off the apparent similarity in his looks and the mayor of Whoville. Obviously looking like a fictional character doesn’t make you a bad politician, but after seeing this it is difficult to see him in a serious light. 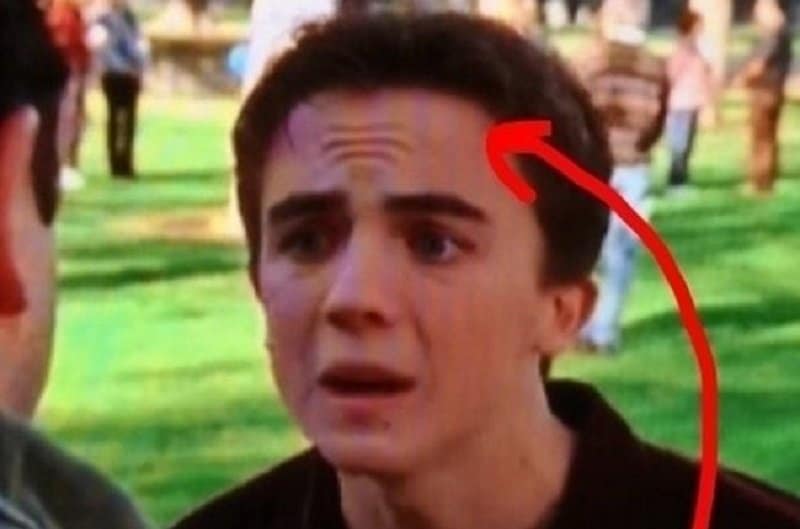 Eagle eyed viewers of Malcolm in the Middle noticed that the forehead creases of actor Frankie Muniz’s foreheads looked remarkably similar to the Wi-Fi symbol. Hopefully that won’t be a constant distraction when you are watching the show in the future. Look at it this way though, at least if you ever have to work on set with him you will be able to connect to the internet and update your status without any problems. 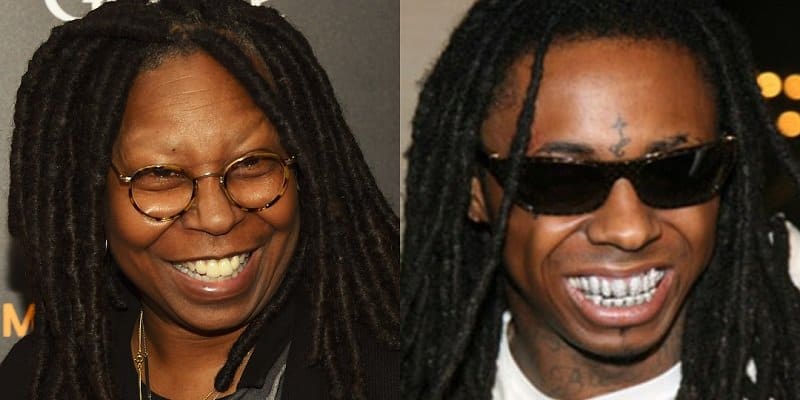 Another case of a famous rapper bearing a striking resemblance to someone who they probably wouldn’t. In this case its Lil Wayne who looks very much like the actress and comedian Whoopi Goldberg, so much so that it is easy to imagine that they are mother and son. 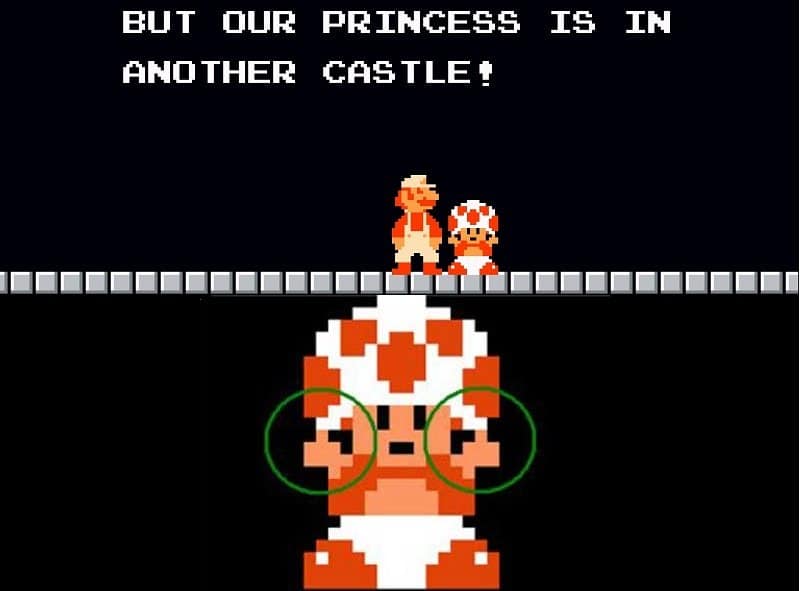 The technical limitations of early video game consoles meant that the graphics were somewhat simple compared to the elaborate visuals that are present in modern blockbuster titles. This led to some ambiguity over exactly what the artists was intending to convey in some games, none more so than the toads in Super Mario Bros. that appear to be flipping the player off.