Mother nature has provided some very sinister and crafty parasites. When you read about them, you will experience a mixture of feelings made up of awe and fear and everything in between, for these parasites are ingenious in how they go about getting what they want, but are terrifying for exactly the same reasons. Thankfully, most of these parasites don’t bother to mess with humans, but just because you are safe doesn’t mean you won’t get nightmares.

Toxoplasma Gondii – The Cupid Between Mice and Cats 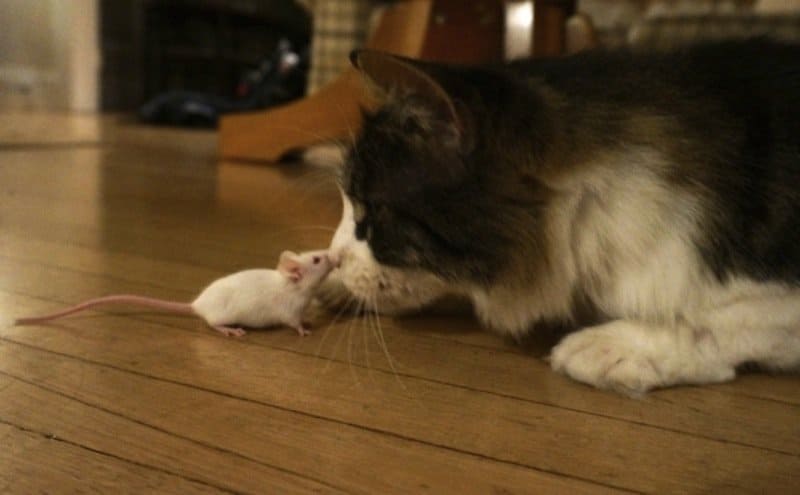 This parasite will make a mouse attracted to cat’s body odor. Usually, when a mouse smells a cat, it is supposed to feel fear and flee, but T. gondii inverts this natural response. Humans can contract this parasite, but luckily it cannot turn us into crazy cat ladies. 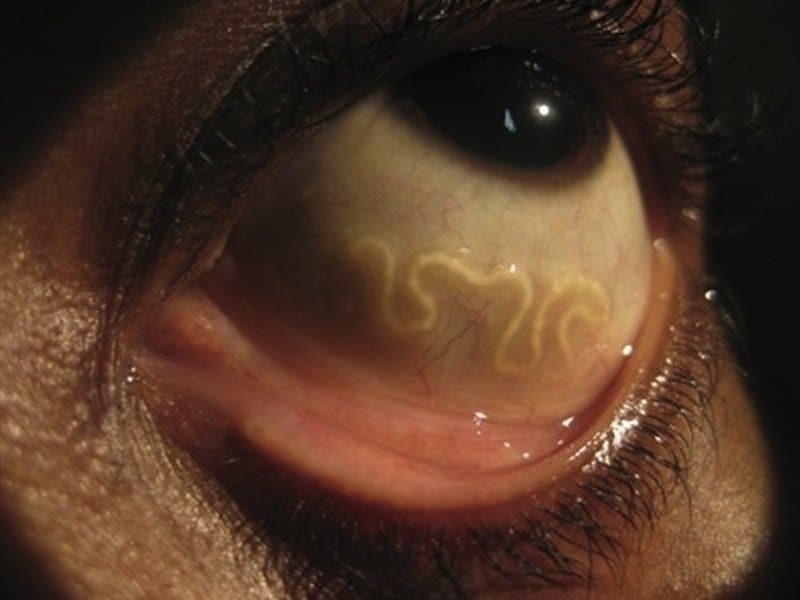 These worms, contracted from fly bites, travel around in the subcutaneous tissues of a human and sometimes make it to the eyes, where an infected human might feel them crawling around. Although they don’t normally affect vision, Loa Loa worms cause horrible irritation and pain. Thankfully, they are easily killed by antibiotics or removed by minor surgery. 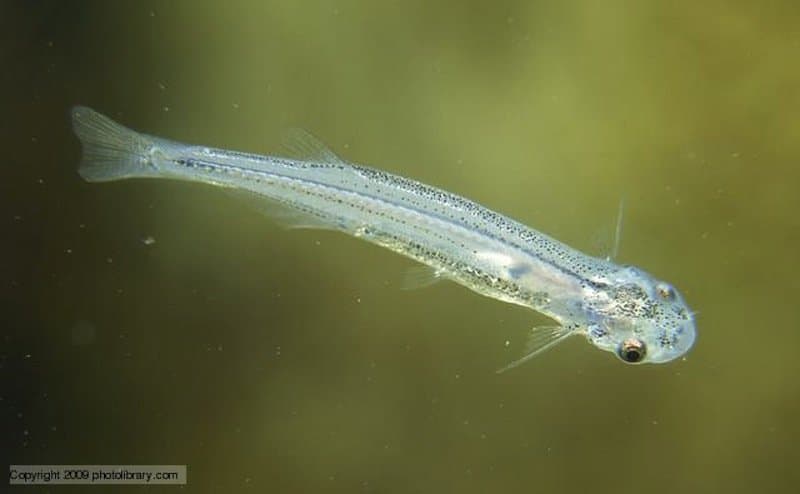 “Candiru” fish are creepy little bloodsuckers. Thin and tiny, a candiru fish follows the odor of ammonia that larger fish release. It enters through another fish’s gills and lodges itself by extending its sharp spine. Once situated, a candiru will then feast on the host’s blood.

The problem is that humans also excrete ammonia when they urinate. 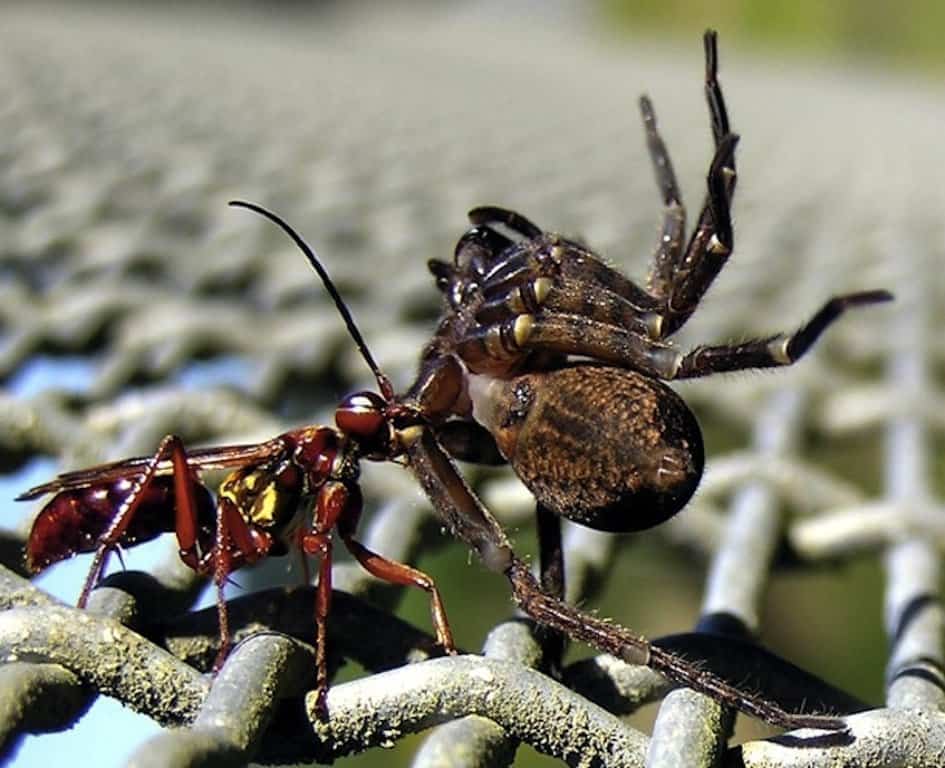 A female Gutfreundi wasp searches out spiders and lays an egg on a chosen spider’s abdomen. The larva that is soon hatched feeds on the spider’s bodily fluids. The larva also injects a certain chemical that essentially controls the spider’s behavior. The spider will then craft a different style of web—one that will suit the larva when it goes into a cocoon to mature. 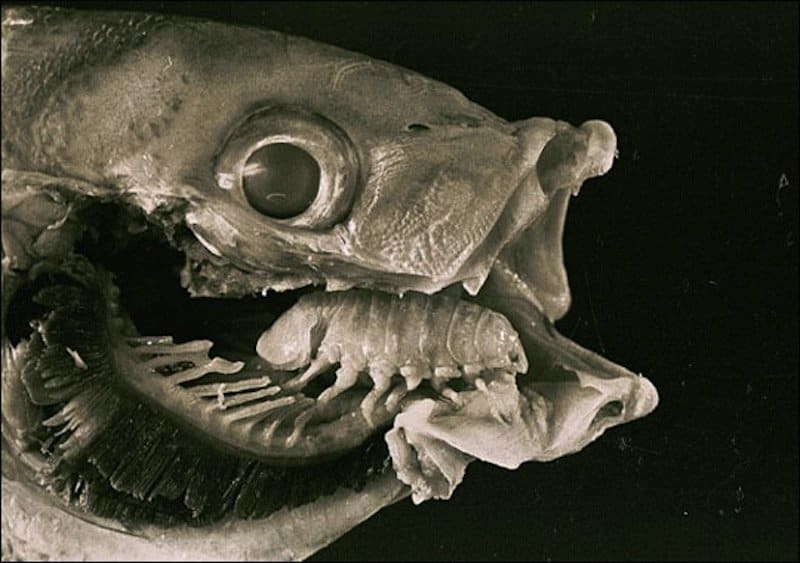 One of these crustaceans begins by feeding on a fish’s tongue, which eventually withers and falls off after the blood is sucked out. Then this crustacean attaches itself where the tongue used to be and continues to feed on blood and mucus. The fish continues to use the parasite as an actual tongue. 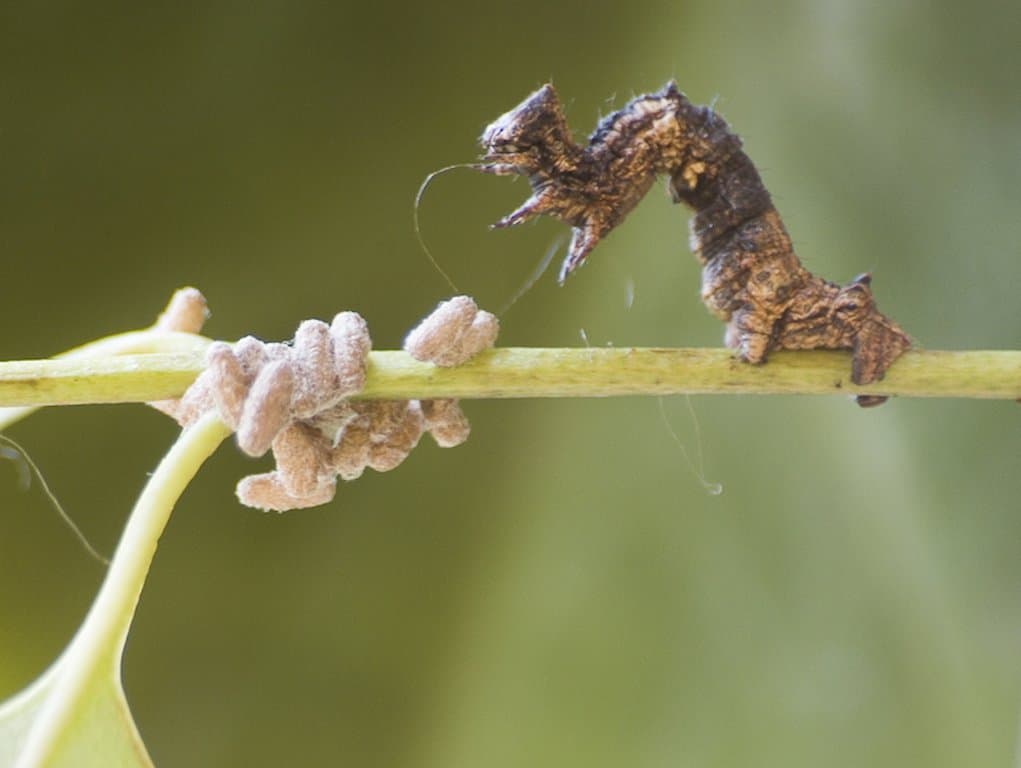 These wasps inject their eggs into caterpillars, and the larvae feed once they are hatched. The caterpillar, surprisingly, just goes on as if everything is fine and dandy. Eventually about eighty larvae drill out of a caterpillar’s body to make cocoons. While the larva mature, the caterpillar hangs around to protect the cocoons from other insects. 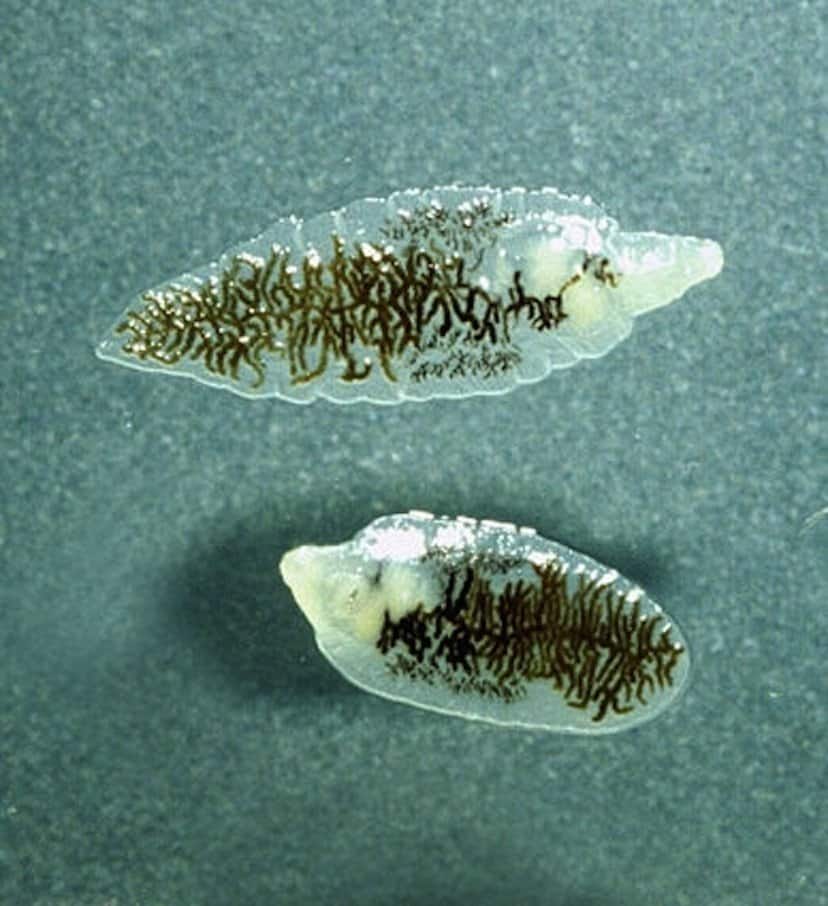 This parasite first infects an ant and hijacks its nerves to control its behavior. At night this parasite forces the ant up onto any nearby flower or plant and forces the ant to wait. A grazing animal like a cow comes along and eats that same plant along with the ant and parasite. This parasite would die from sun exposure, so during the day it lets the ant act normally.

Sacculina – The Castrator of Crabs 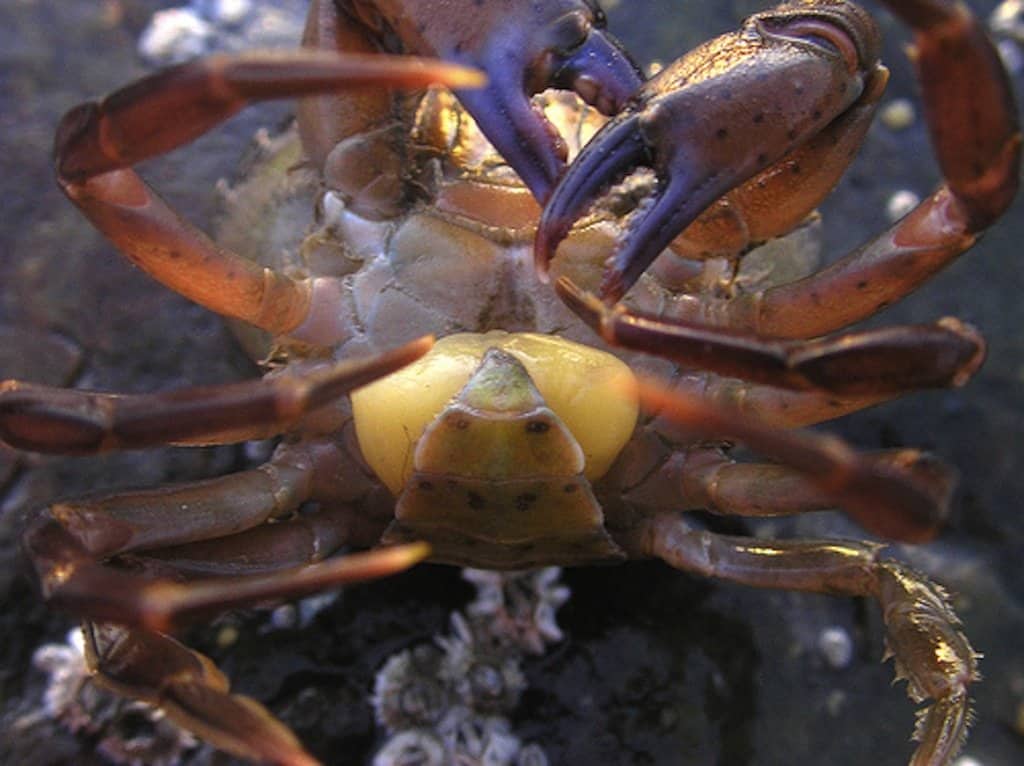 Sacculina is a type of barnacle that targets crabs. If it finds a female, it attaches its own egg sac next to a female’s and proceeds to sterilize her. Then along comes an unassuming male, which then fertilizes this foreign sac. When the Sacculina eggs hatch, the female crab actually tends to them as if they were her own. If a Sacculina barnacle finds a male first, the Sacculina will mess with the male’s hormones to essentially turn him into a female. 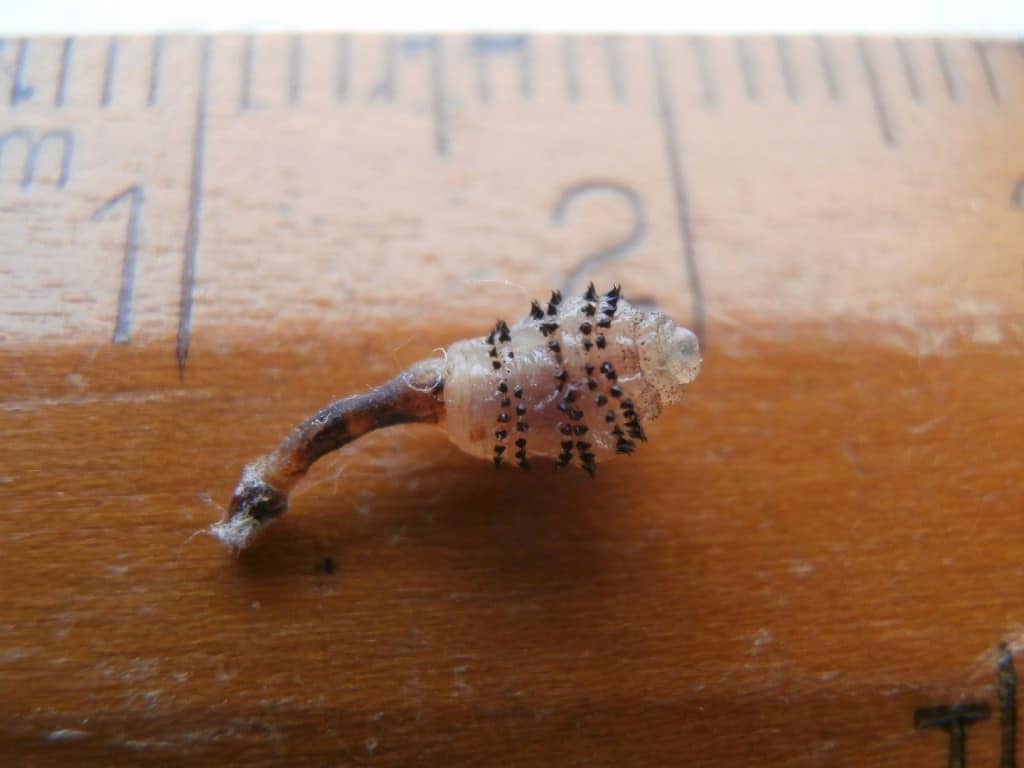 These buggers favor large mammals – including humans. A female botfly plants its eggs in a mosquito, which then bite and transport the eggs into a larger mammal. The larvae hatch from the eggs and then burrow out from under the mammal’s skin. They then fall to the ground, where they finish their pupa stage. 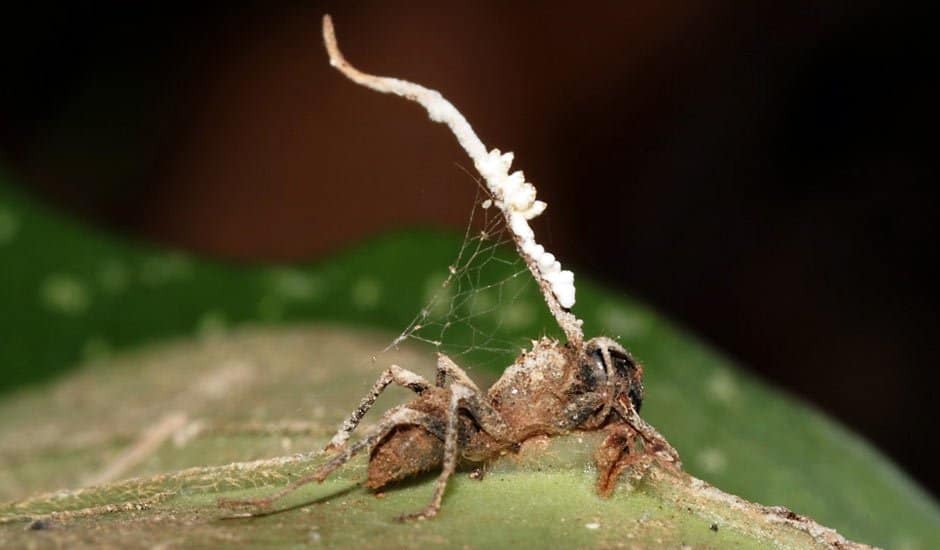 This fungus comprises about 400 different species. It finds its way into insects and proceeds to slowly consume the insects’ brains. Once the brains are consumed, the fungus grows out of the insects’ heads to shower its spores down to the forest floor. Cordyceps often makes its victims climb high up in a tree or on a plant so the spores will have a better spread when they fall. 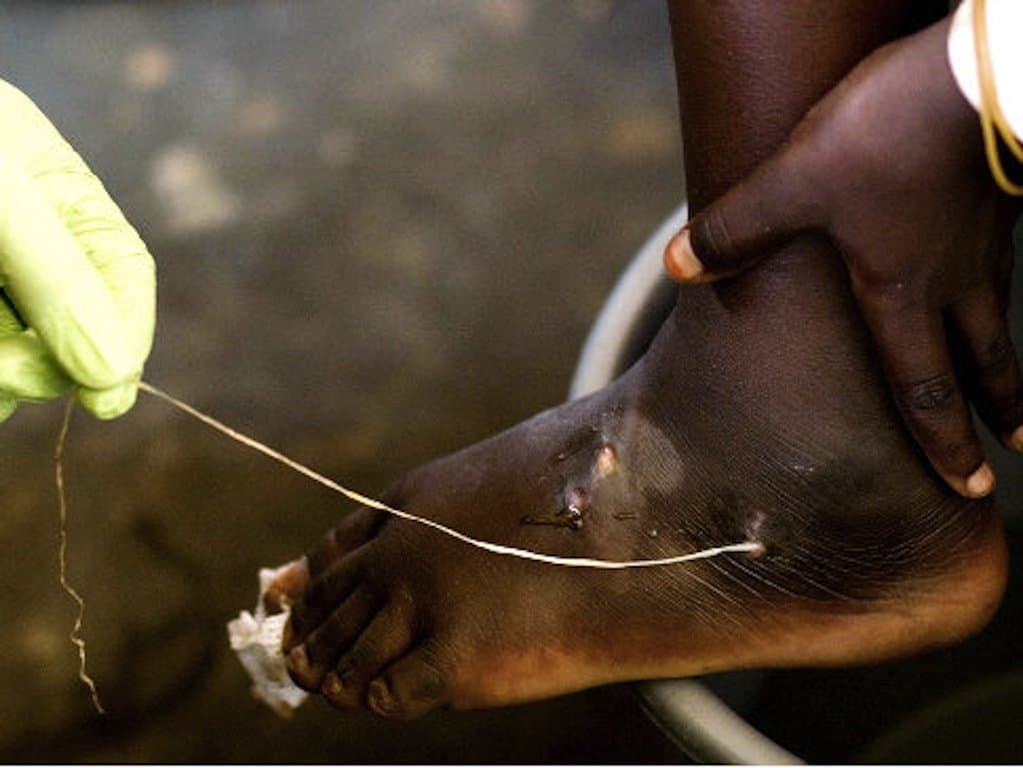 This parasite finds its way into humans and other mammals by swallowed water fleas. In a human stomach, the guinea worm larva tucks into a fleshy cavity and grows…and grows…and grows. Sometimes they reach 2-3 feet long. To get out, the worm creates a blister and burning sensation to entice a host to submerge the blister in water. If the host does so, the worm pokes its head out and squirts out a milky liquid, which carries thousands of larvae, into the water. 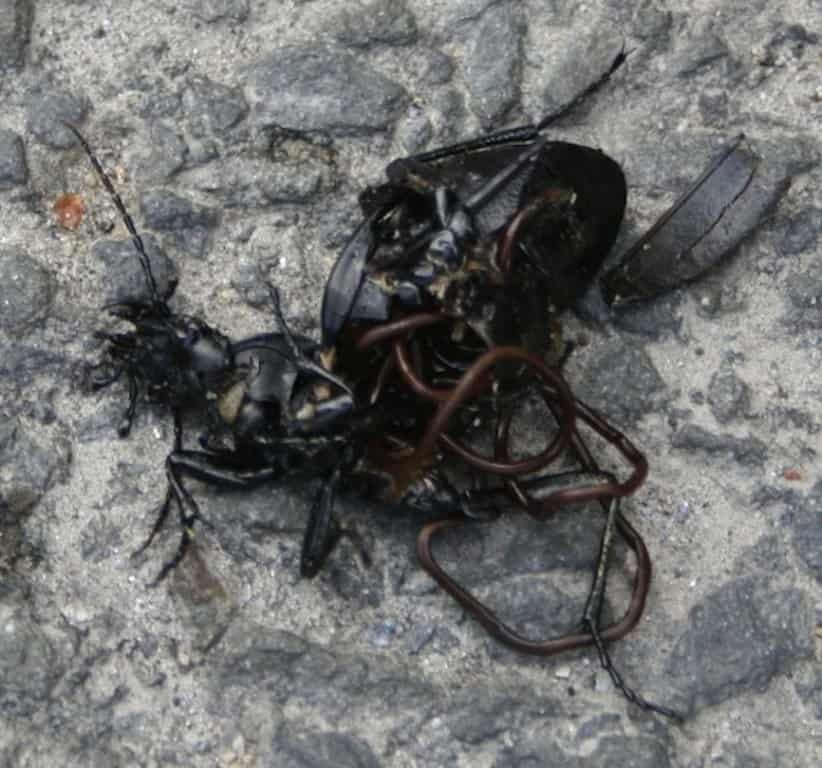 Thankfully, this is another parasite that doesn’t bother humans, only insects. These parasites start off as larvae in water and get eaten by insects like grasshoppers. The worms then grow and mature. When a worm wants out of a host, it hijacks the host’s brain to make it commit suicide by plunging itself into water. The worm then exits. 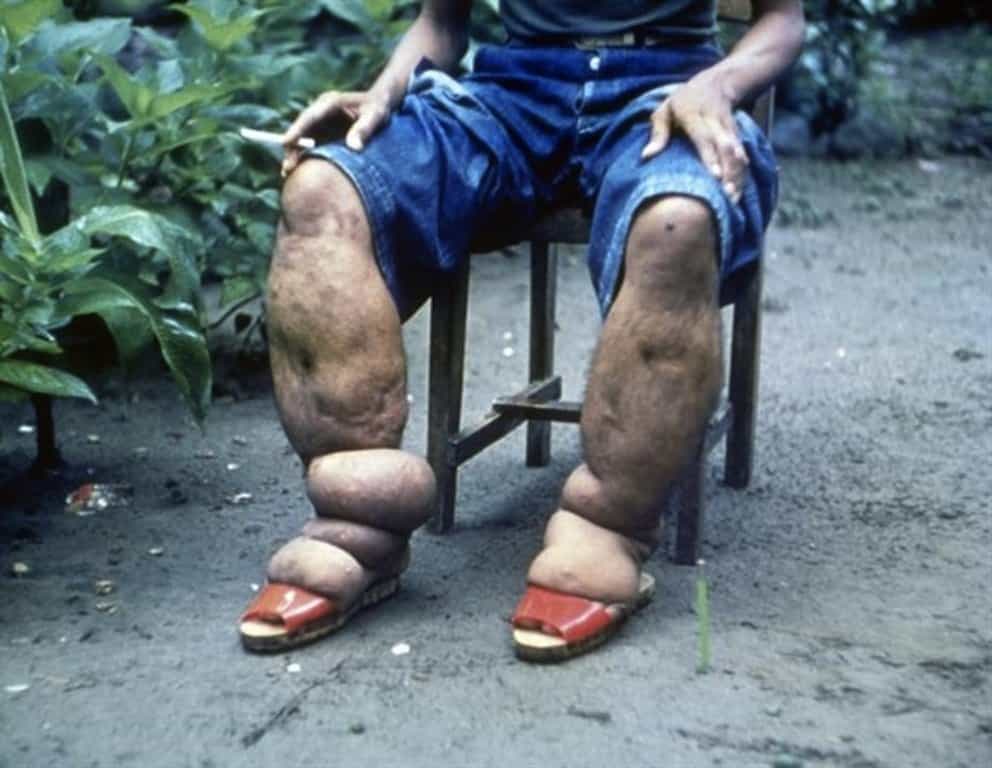 Here’s another reason to hate mosquitoes: they can transport Filarial Worms into humans. Once inside a human, these worms move into the lymphatic system. With an impaired lymphatic system, the human host can no longer excrete excess fluid, which leads to Elephantiasis. 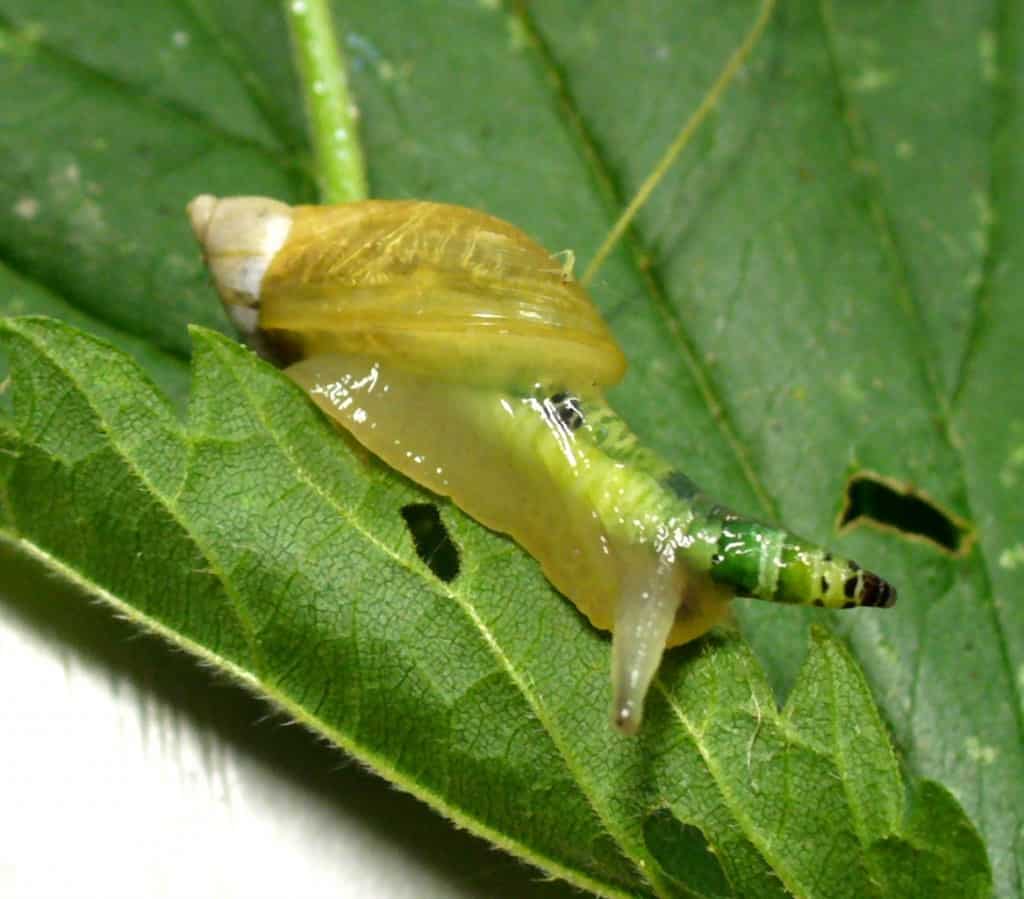 These tiny worms wait around in fecal matter. Along comes a snail that unknowingly eats up the worm when it feeds off the excrement. Once in a snail, the worm actually reshapes the snail’s eyestalks to resemble big, juicy caterpillars. The worm controls the snail’s brain and forces it to expose itself. Along comes a bird or other critter that likes to eat caterpillars. Inside larger animals, the worm can now mature and lay more eggs. 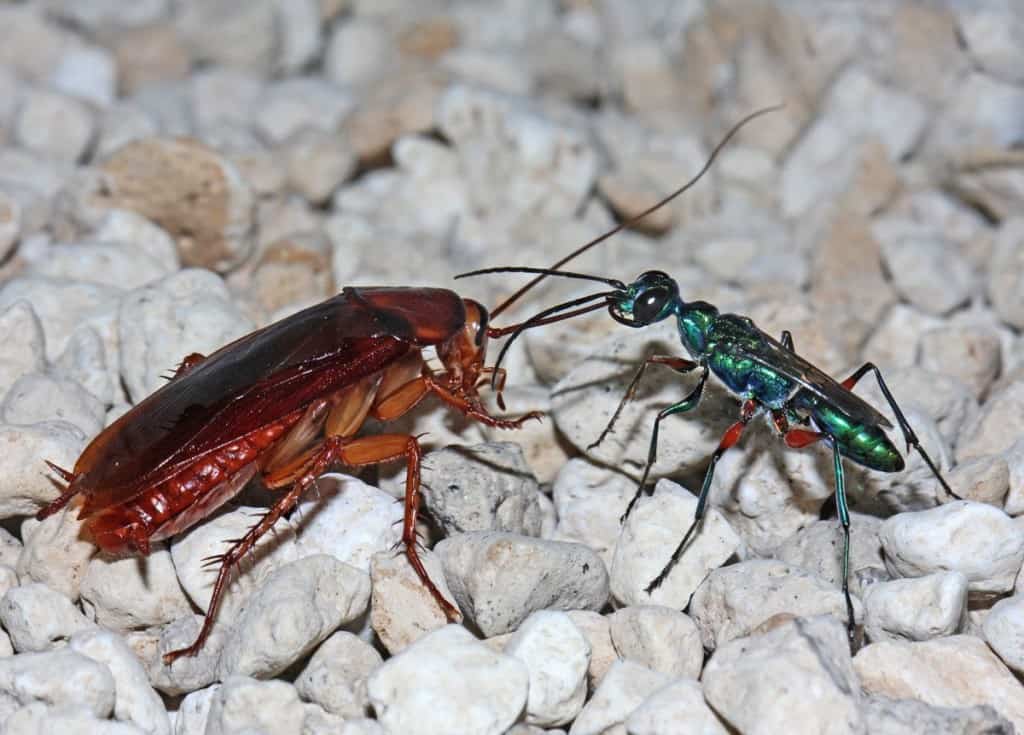 You might feel bad for cockroaches after this one. The female wasp uses a stinger to first paralyze a cockroach’s body, then its brain. Her venom specifically targets and neutralizes the flight-or-fight response. Next, she leads the roach back to her burrow and lays her eggs. She then leaves, but first seals the burrow by placing pebbles at the entrance. The larvae hatch and eventually feed off the lobotomized roach.