10 Unbelievable Mistakes In Your Favorite Movies

The fact that movies are such huge productions with so many different people and departments working on them means that occasionally mistakes slip through the gaps. This is a simple fact that has always been true as it is almost impossible to catch every single error as those in charge only have a limited amount of time to look at every single detail. However, sometimes there are mistakes that make it into the final edit that fans simply can’t believe because they are so ridiculous or important.

Although the giant shark that kills Quint isn’t exactly the most realistic looking model ever used in a film, it isn’t that which spoils this scene. It’s the large pillow that is clearly visible below the character, destroying any illusion of danger and jeopardy. Although it has since become something of a meme due to the sheer stupidity of the mistake, it is still amazing that this particular error managed to make it into the final edit of the movie. While the Stormtroopers are marching through the Death Star one of them very clearly walks into a door that hasn’t fully opened. 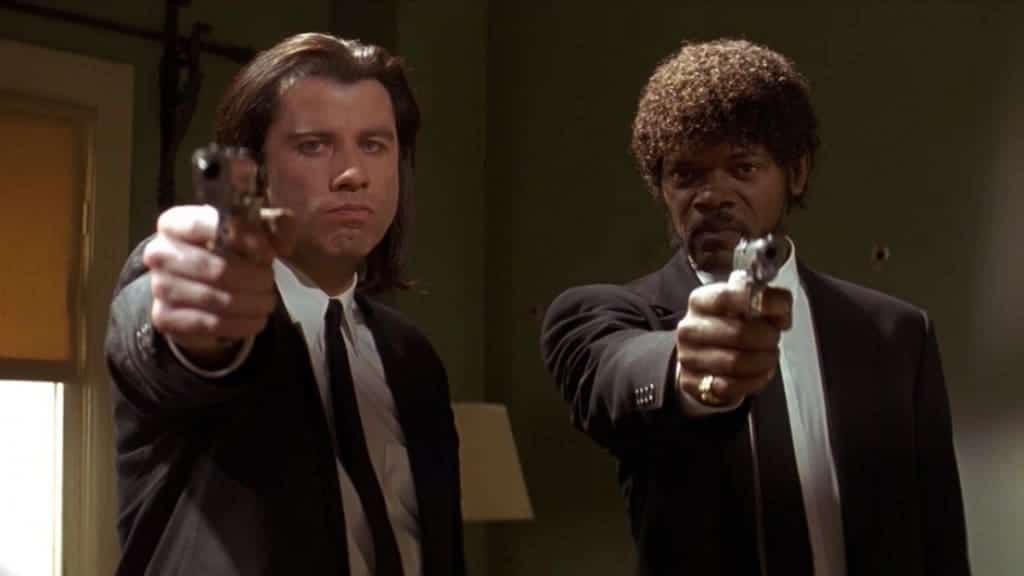 For someone who is as focused on getting the details right as Quentin Tarantino, it is difficult to think he would make such as a glaring error. In the scene where Jules and Vincent are shot at by someone in the flat, the bullet holes are already in the wall throughout the scene and can clearly be seen before they are attacked. Stunt scenes in blockbuster movies often depend on high-tech equipment to ensure the proper effects are pulled off and look good on the big screen. Occasionally though, the workings of these stunts can be seen despite attempts to hide them, like in the chariot racing scene in Gladiator. The mechanical pump used to flip the chariot is visible for several seconds. Commando has become famous for the continuity errors and general mistakes that litter the film. The worst offender is probably the car chase scene that sees the Porsche being almost completely destroyed in one moment and then seconds later is completely fixed with no visible damage. 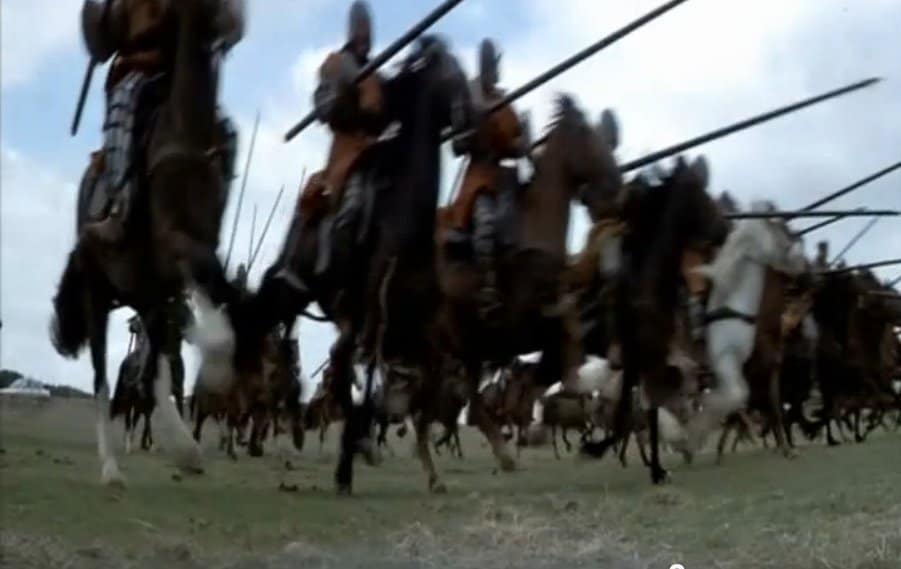 Historical dramas and thrillers like Braveheart often pride themselves on getting details correct in terms of the time period. While the movie manages this for the most part, a white car can be seen in several shots during a battle scene midway through the film. 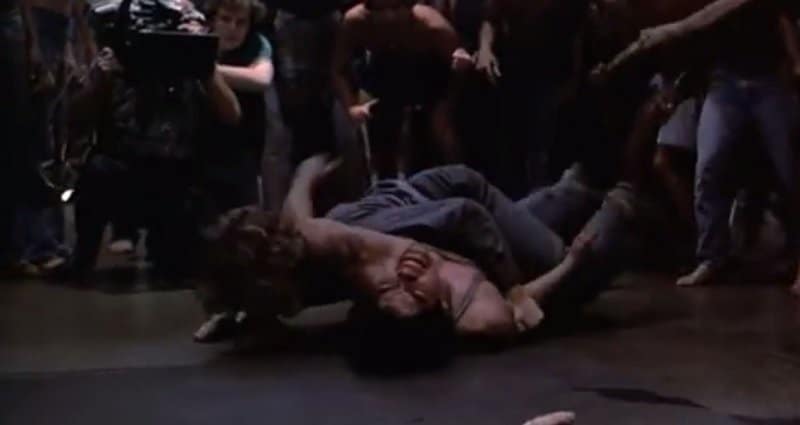 The Bad Boys film, starring Sean Penn rather than Will Smith and Martin Lawrence, has one of the most obvious and bizarre mistakes of all time. Throughout the fight scene at the end of the movie, a camera operator can be seen throughout the dramatic fight. 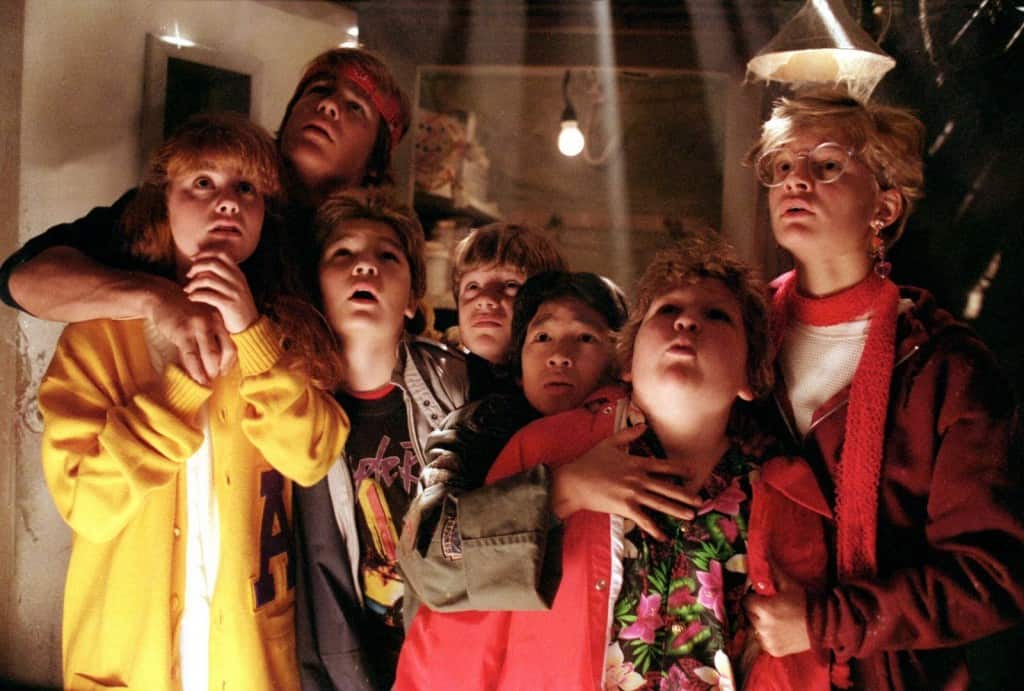 When the children are asked at the end of The Goonies what the most frightening thing they encountered on their adventure was, one of them answers that it was the octopus. Unfortunately, fans never got to see this octopus scene at it was cut during the editing process, though the editor appears to have missed the later reference to it and left in this rather glaring mistake. Jurassic Park certainly has a number of high profile errors scattered throughout the movie, but the one with Dennis Nedry is perhaps the most glaring. This saw the actor Wayne Knight apparently watching a live video feed of security camera footage on his computer, though he can clearly be seen pressing play on his computer to start a pre-recorded video. 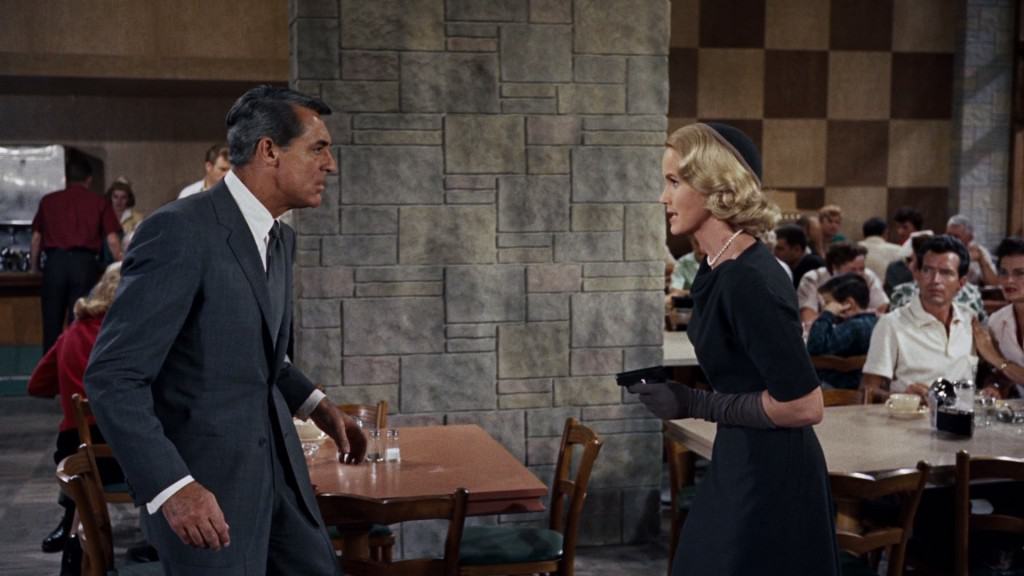 This mistake is made all the worse as it inadvertently foreshadows an important part of the plot that is about to happen. Moments before the gunshot goes off, a child extra can clearly be seen in the background with his fingers in his ears preparing for the loud bang.