We are all suspects to this: when we see a random homeless person in the streets, we judge them to be crackpots or lowlife criminals who deserve ending up where they are now. It’s a sad reality how we treat these people: they are also human, after all. There are a number of reasons why a person ends up on the streets. Of course, drugs are a common cause, but not all of them are drug addicts: homeless people may have been victims of abuse or other unfortunate circumstances. Not all of them are bad people — and they all have a story to tell.

In fact, in this list, you will know the story of 10 incredibly talented homeless people. They are musicians and artists with great talent that turned their life around. Next time you pass by a homeless person, remember these 10 people who are very talented but just got a bit unlucky in life. 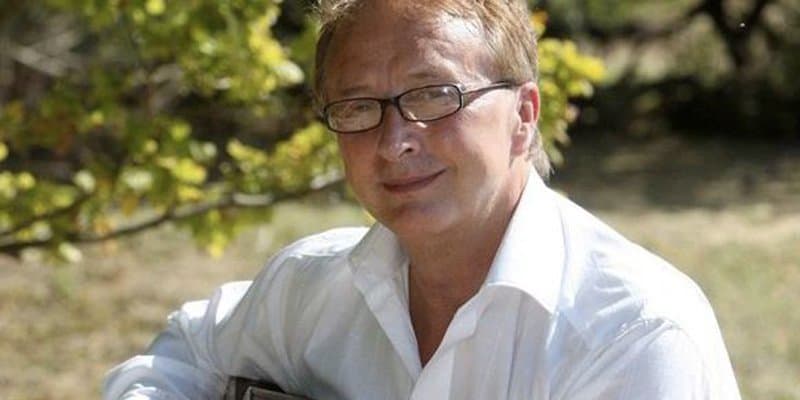 Stuart Sharp of Leicestershire, England made front page headlines when he composed a hit symphony with zero musical training at all. After the death of his son, Sharp reportedly had a vision of the music in his head. He told his wife about it, but was met with disapproval. “My wife was not happy about it, she thought I had gone mad and needed therapy, but it was something I needed to do.”

He left home and was soon broke and living on the streets of London. Still, the music kept playing on his head, and he bought a guitar for 50 pounds.

While sleeping outside the BBC Television Centre, the composer met jazzman Anthony Wade, who offered him a place to stay and help him write down his music.

The hit symphony made him a millionaire. He was able to buy property, build a recording studio and the masterpiece, ‘Angeli Symphony’ was played in the Philharmonia Orchestra of London and Royal Albert Hall, which received standing ovations.

Voice Announcer Lost It All — And Gained It Back 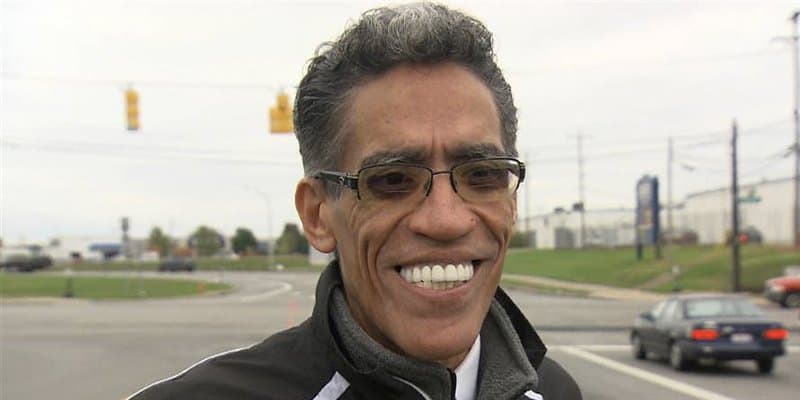 Ted Williams from Brooklyn, New York, worked as a voice announcer for a radio station when he got involved with drug & alcohol abuse. After a series of drug and theft crimes, he was left broke and homeless.

In January 2011, Doral Chenoweth encountered Ted Williams on the streets asking for help and boasting of his God-given gift of voice. The reporter posted a video of his smooth baritone and it immediately went viral.

Fortunately, he was able to turn his life around and has worked for commercials such as Kraft Mac & Cheese. He has also written an autobiography and started a foundation to help provide necessities to the homeless. 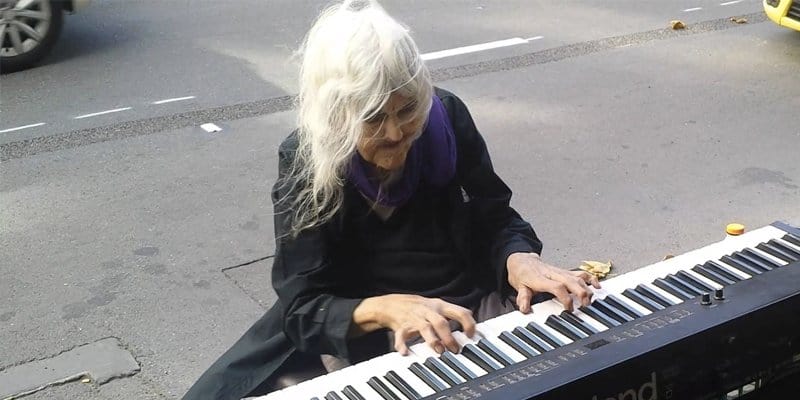 Natalie Trayling is a fixture on the streets of from Melbourne, Australia. She has had a share of hardships in life, such as homelessness, deteriorating health and the death of her two children.

This year, her son posted a video of Natalie playing the piano with her own composition. It quickly became viral, with 5 million (and counting views). Despite her newfound success, she remains grounded on her feet.

“Music is everything.” Trayling said. “I do feel part of it. The whole world is music.”

The Fashion Photographer Who Lived A Double Life 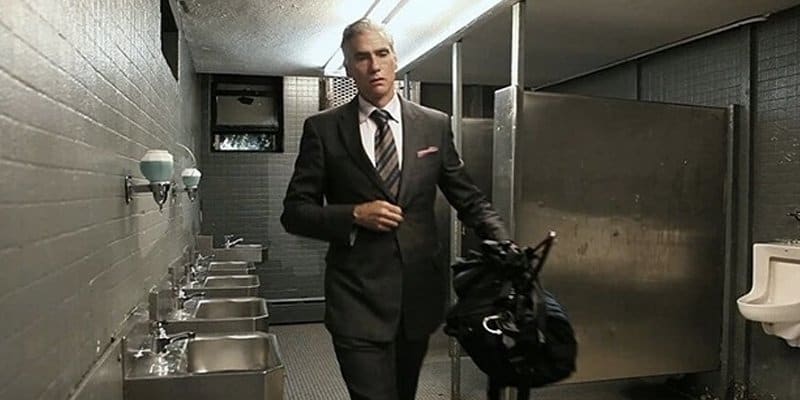 Mark Reay is an NY-based fashion photographer, and you may not know it from his looks, but he’s been homeless for six years while shooting for the biggest fashion events in the world. After graduation, Mark Reay decided to backpack across Europe. In Belgium, he even worked as a model.

Reay had to come back to New York in order to care for his dying father, and his modeling gigs started to dry up, so he started to get into fashion photography. His gigs weren’t enough to sustain him financially, however, and it was when he moved to France that he became homeless for the first time.

After moving back to New York, he lived at a friend’s place until he has exhausted his welcome. He crashed on a rooftop at another friend’s place where he lived there for the next six years.

A documentary has been made about his life, entitled ‘Homme Less’, about Reay’s double life in working for the luxury and fashion industry and being homeless. 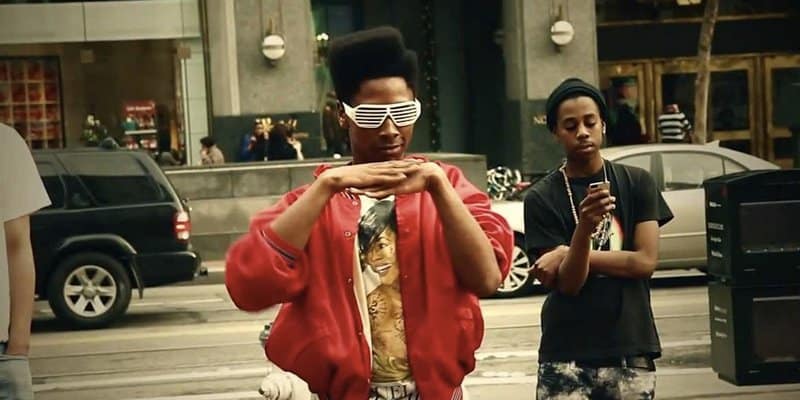 Alonzo Jones or ‘Turf’ is a dancer hailing from San Francisco, California. He has been homeless, after being asked to leave home because he wanted to follow his dreams in becoming a performer.

He got his big break when he joined America’s Got Talent, where he combined contortionist acts and dancing. He impressed all judges, even the hard-to-please Howard Stern. After the show, Turf worked as a street performer in Las Vegas, where people recognized him and in turn, helped him get a few hundred dollars a day, enough to get by on a daily basis.

Turf is currently performing at the V Theatre in Planet Hollywood Resort in Las Vegas. 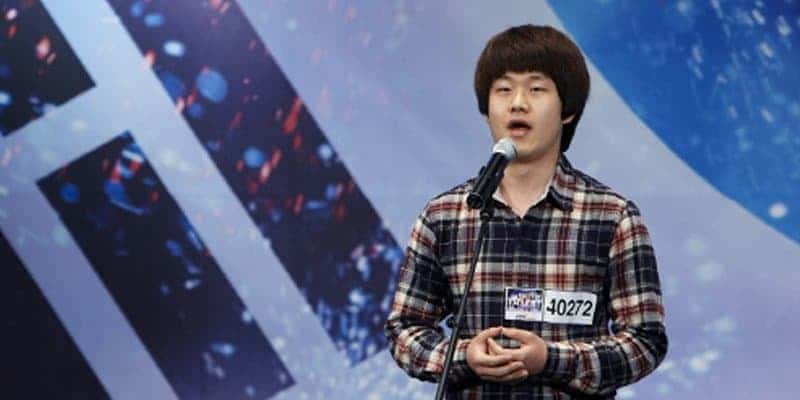 When Sung Bong Choi walked in the reality talent competition Korea’s Got Talent, he had no one in the ‘family section’. The 22-year-old admitted he was left in the orphanage when he was only three-years-old. He then got beaten up and ran away. From then on, he was homeless — selling gum and drinks to get by, sleeping on the stairs and public toilets. He had been homeless for a decade.

When he performed ‘Nella Fantasia’ in front of everyone, he was met with a standing ovation and one of the show judges was left in tears.

Some stories end well, such as this. He eventually won second place in the competition and has signed a deal with a major recording label. He has been around the world, and has even sang for the London Olympics and for the president of South Korea.

Homeless Woman Who Found Her Calling While Digging Through Trash 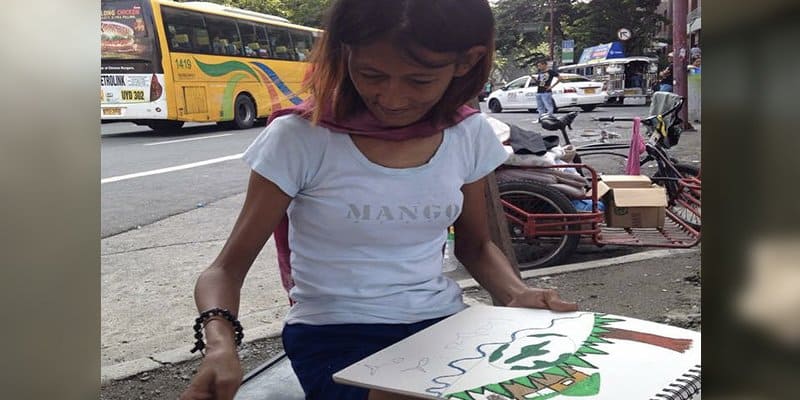 Jhalanie Matuan was a common fixture in the streets of Manila. In order to survive, she digs through trash to find food — one day, she found something else: art materials.

In 2015, a woman encountered her works and was so awed by her talent that she shared Matuan’s work on social media. Matuan needed the money to pay for hospital bills for her kidney problems.

Coco Torre, an artist, finally took notice of the works online and helped her launch her own exhibit at Space Gallery, Makati. All of her artworks sold, and all proceeds went directly to her. 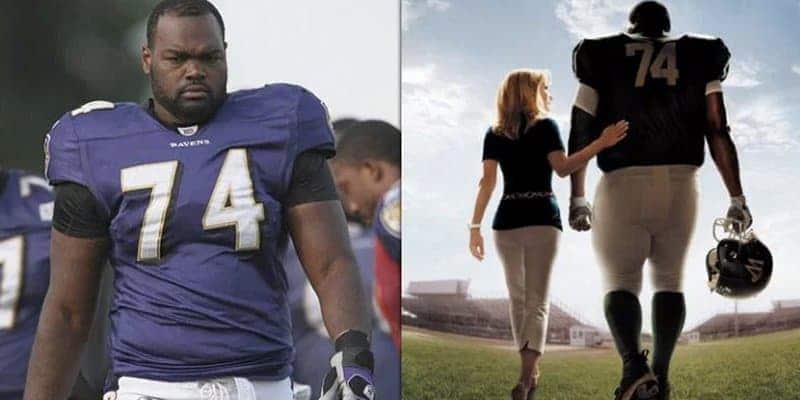 Michael Oher’s story is the basis of the blockbuster award-winning film ‘The Blind Side’, which grossed 300 million dollars.

Oher came from a broken family; his dad was constantly behind bars and his mom was a drug addict. As a result, Oher was often transferred in and out of foster homes and was homeless countless times. He was eventually taken in by the Tuohys.

In high school, he excelled in the sport of football — and had plenty of scholarship offers from different universities. He received unanimous honors at University of Mississippi and was drafted in the 2009 NFL Draft by the Baltimore Ravens.

The Former Band Member Of Santana That Fell On Hard Times 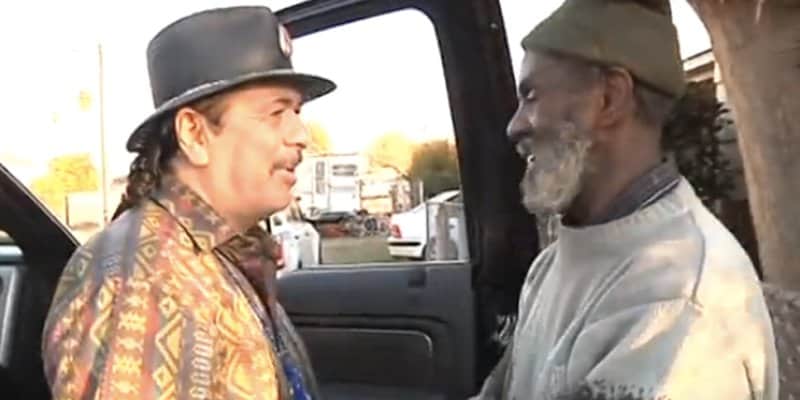 Santana has won a ton of Grammy awards and released bestselling albums and toured around the world since the 1960’s. Santana has been inducted in the Rock & Roll Hall of Fame.

40 years ago, the band had a percussionist Marcus Malone. He was convicted of a crime and upon release, he fell on hard times. He eventually lived on the streets while watching Santana’s career skyrocket on the TV screens.

After the news came out, Carlos Santana traveled all the way to Oakland to find his former bandmate, and the two friends eventually reunited.

Dreams Do Come True For The Kids In The Homeless Shelter 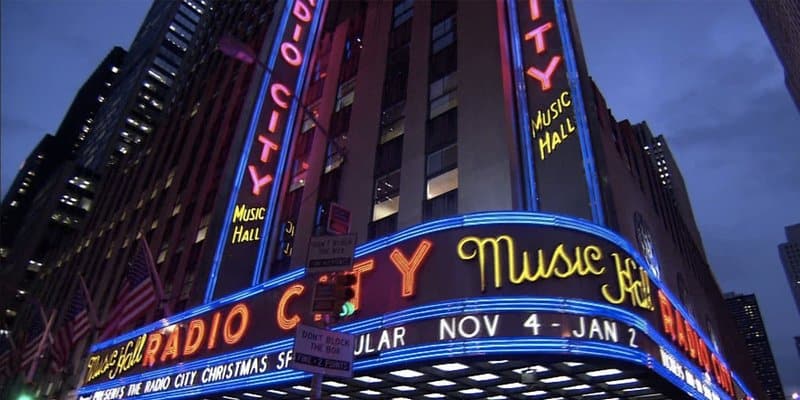 Six kids living in a homeless center got their wishes granted when they were given the opportunity to play at Radio City Music Hall in New York.

The Tilden Hall Homeless Shelter Group were among the 23 to be chosen to audition for the show.

Bill Bartlett, director of the kids via the charity group ‘Imagine Project’, wrote the song ‘Ya Gotta Believe’ for the kids to perform at the event.