Music is a universal leveler. It can bring nations together and can unite people unlike any other medium. The mass appeal of the genre makes it quite unique in the artistic world. This is why the landscape of music manages to change constantly from time to time. Every era is famous for its own musical styling. From the disco in the 80’s to grunge in the 90’s, music continues to evolve, as do the artists and even their instruments. There are several musical instruments out there that are completely unheard of as well. Here is a list of 10 strange and unusual musical instruments. 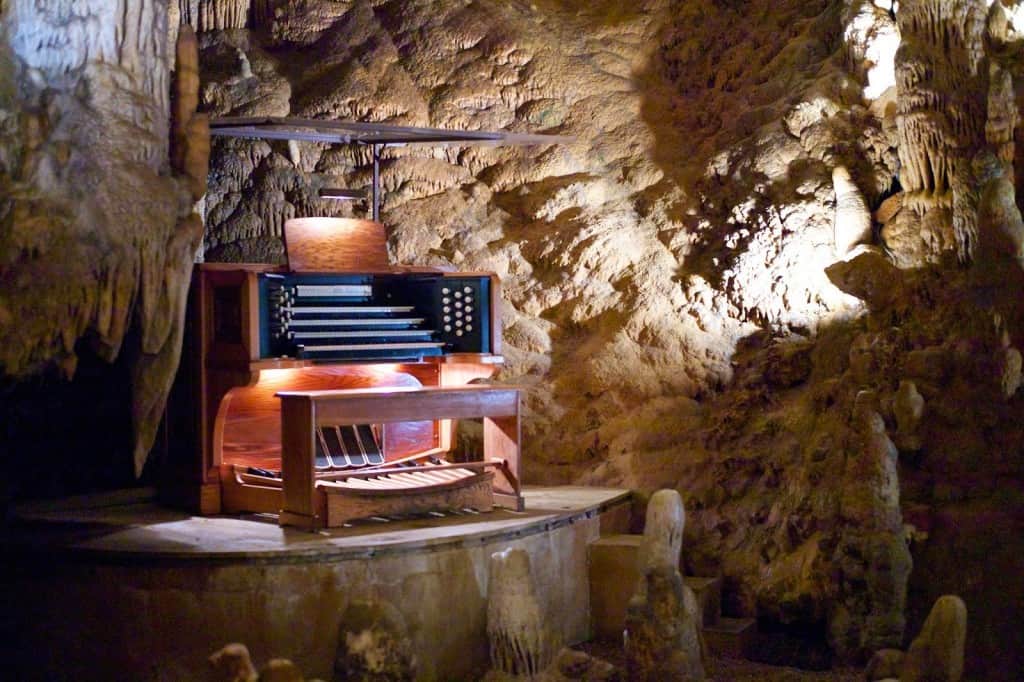 The Stalacpipe Organ was created in 1956 and is the largest musical instrument in the world. It was invented by Pentagon scientist Leland Sprinkle. This massive instrument occupies three acres of the Luray caverns in Virginia and the music is created by striking the stalactites in the cave with rubber mallets using a keyboard console. 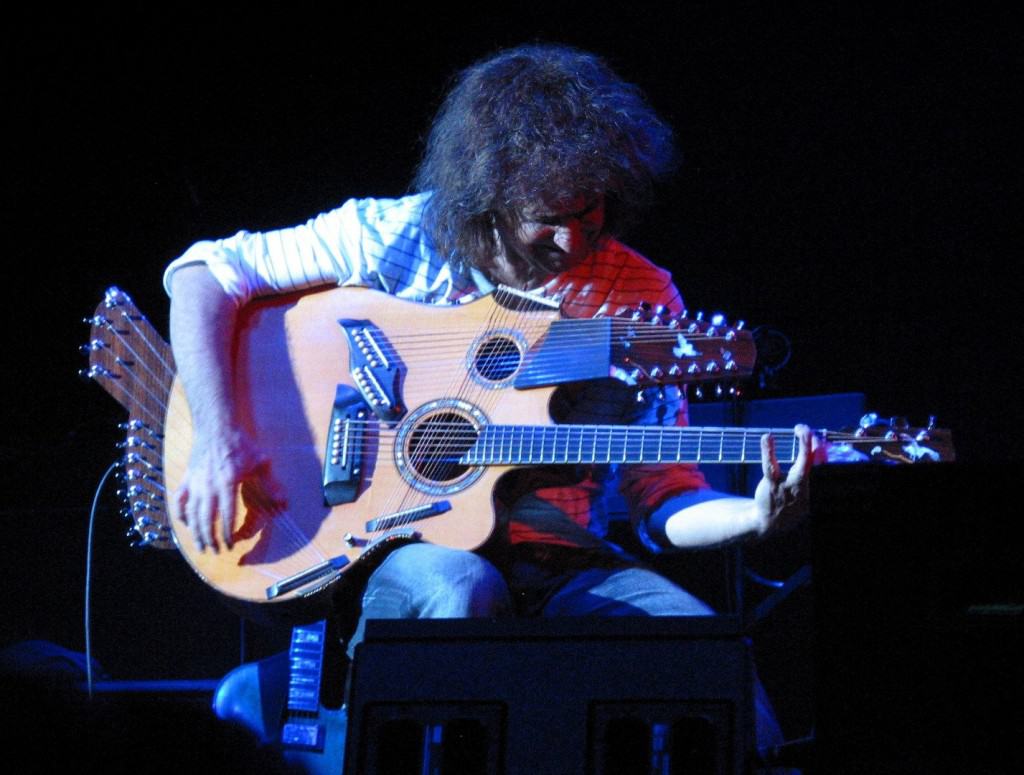 The Pikasso guitar was originally designed by Linda Manzer. It draws its name from the cubist works of Picasso and is actually a modified harp guitar with a wedge-shaped body. It is used predominantly in Jazz, but works well with other genres as well. 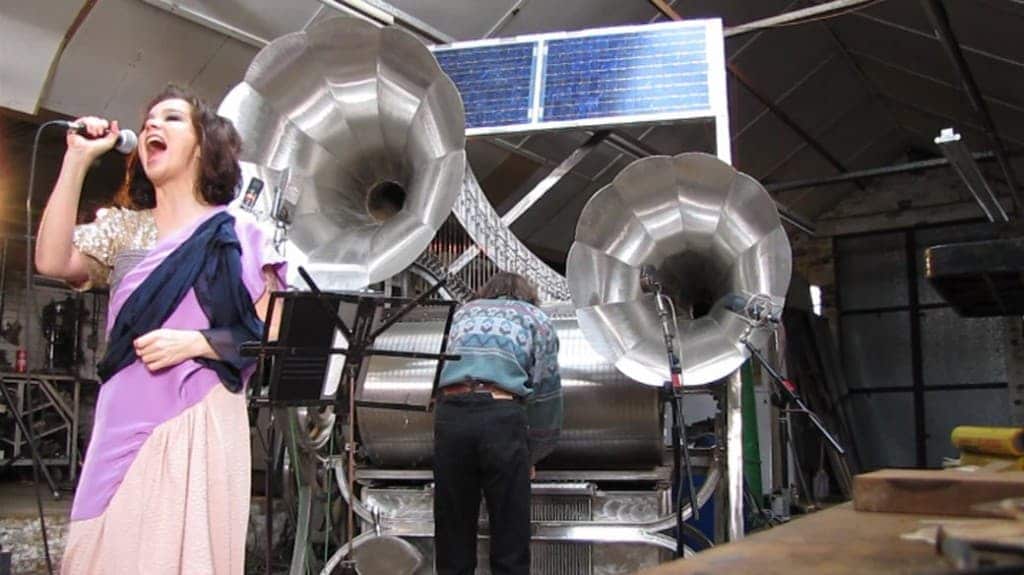 The Sharpsichord, or Barrel Harp, was invented by Henry Dagg, and is a solar-powered instrument. It is a perforated cylinder with 11,520 holes. The musician plugs pins into these holes to create the desired sounds. 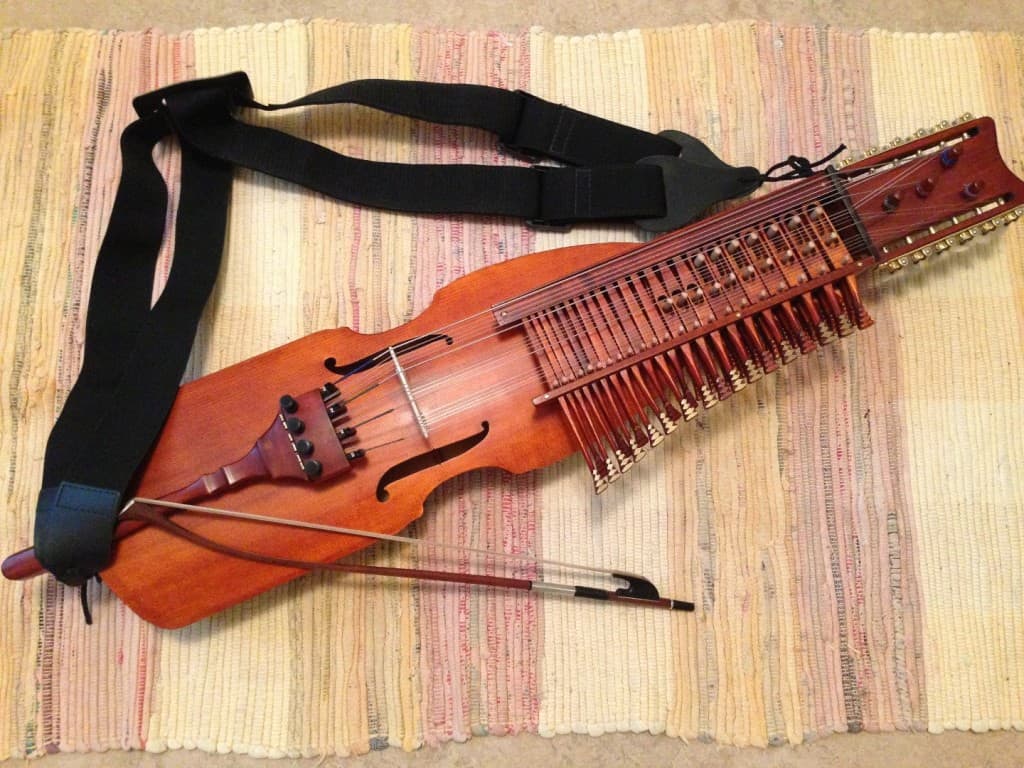 This traditional Swedish instrument is actually one of the oldest instruments in the world. It was invented during the 14th century, and usually has 16 strings and 37 keys. The music created on this instrument is extremely melodic and works well with folk songs. 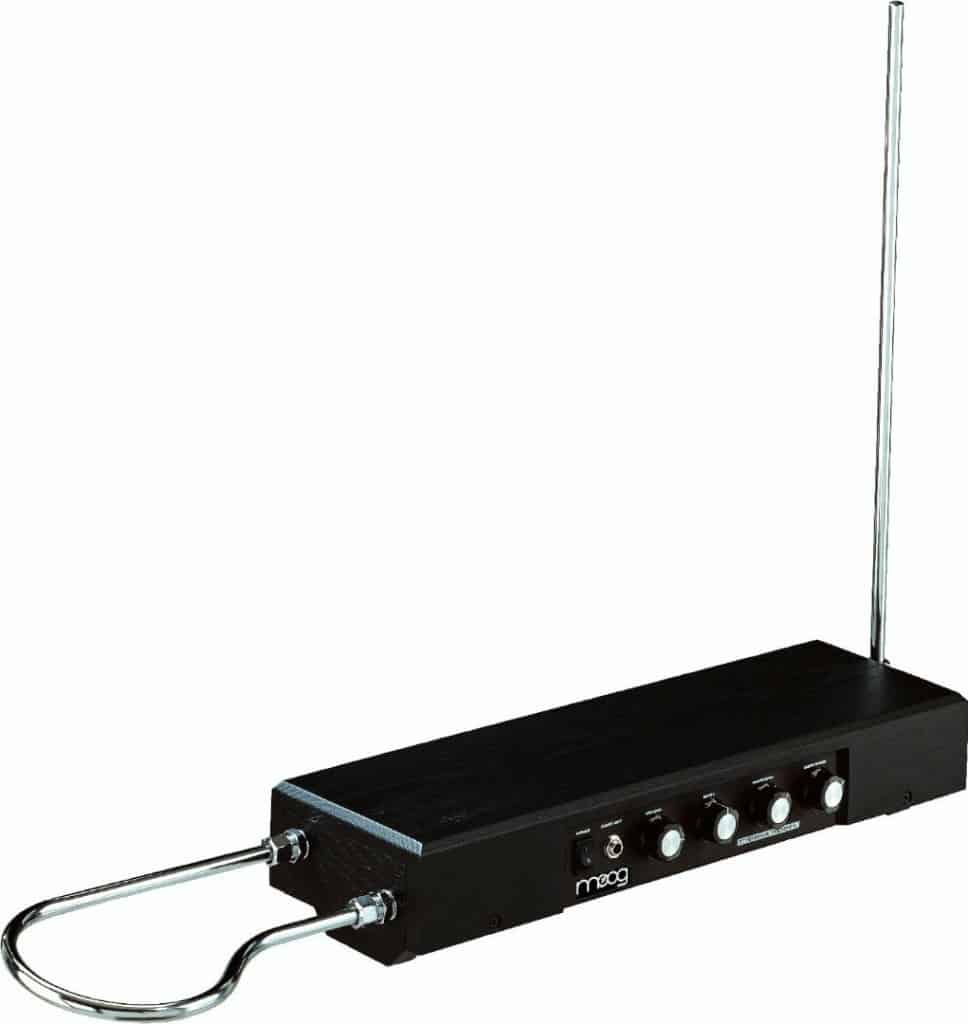 The theremin is a truly unique instrument as it produces some extraordinary sounds without the artist physically touching anything. It was designed in 1920 by Russian inventor Leon Theremin and consists of two metal antennas connected to two oscillators. You can vary the pitch and sound by hovering your fingers near the antennae. 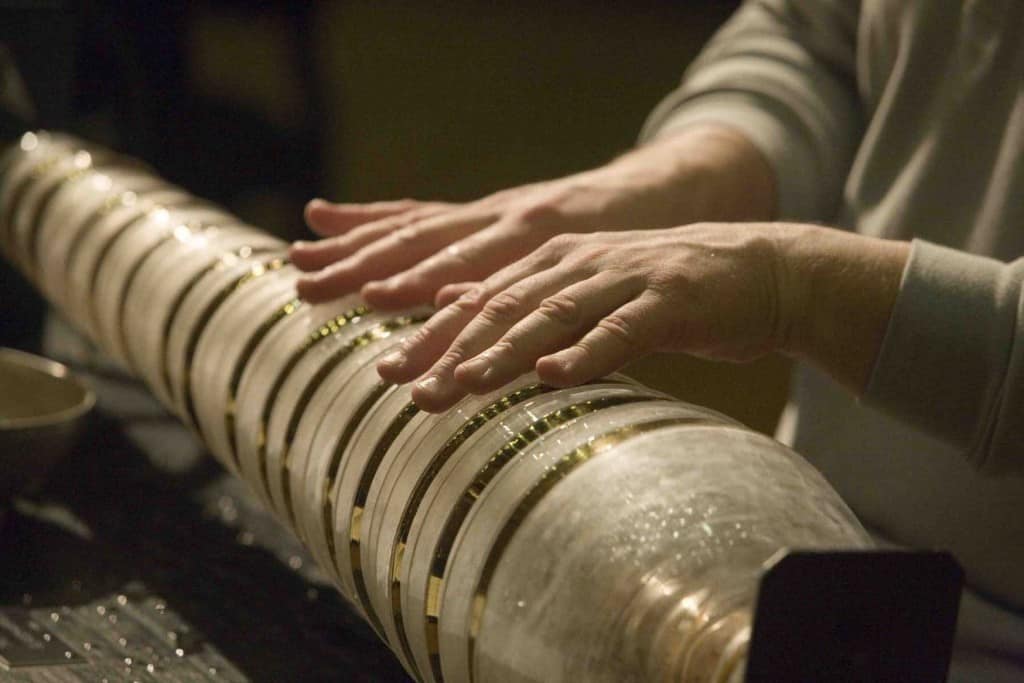 This instrument was actually invented by Benjamin Franklin and is also known as the hydrocrystalophone. It features several glass bowls rotating on an axis which produces different sounds when touched. It was first introduced in 1762, but quickly became popular in Europe after that. 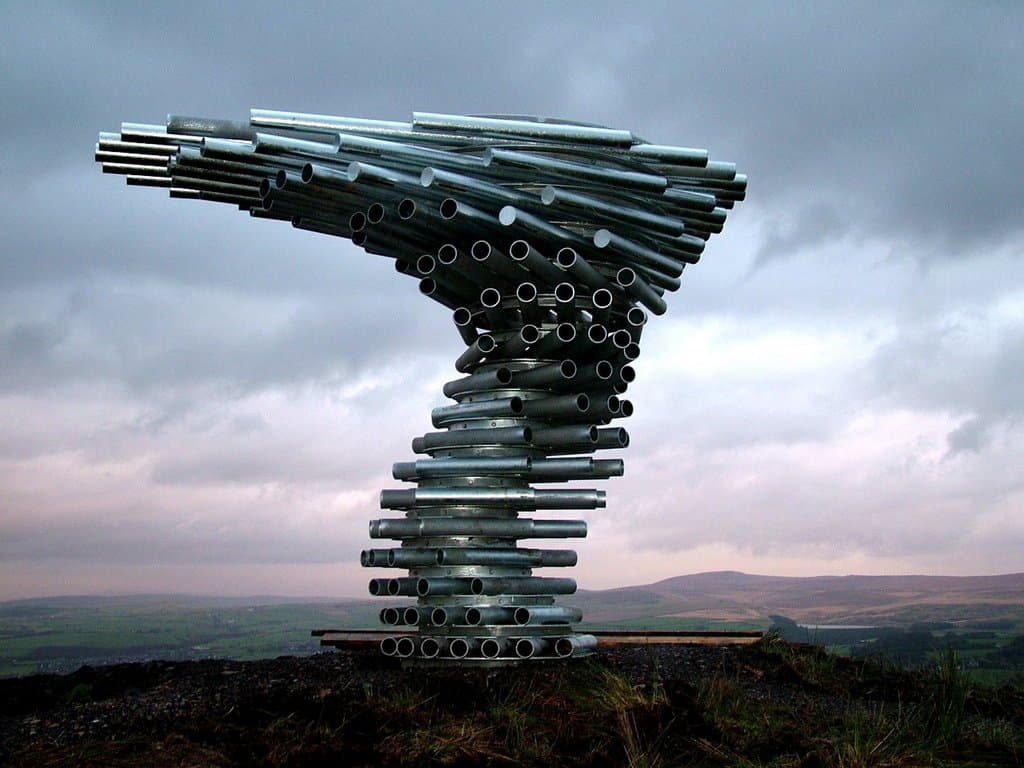 This is not exactly an instrument, but is more of a sculpture located in Pennine Hills, England. It was designed in 2006 by architects Mike Tonkin and Anna Liu. It is three meters tall and consists of various pipes made out of galvanized steel. Blowing through each opening produces a unique sound. 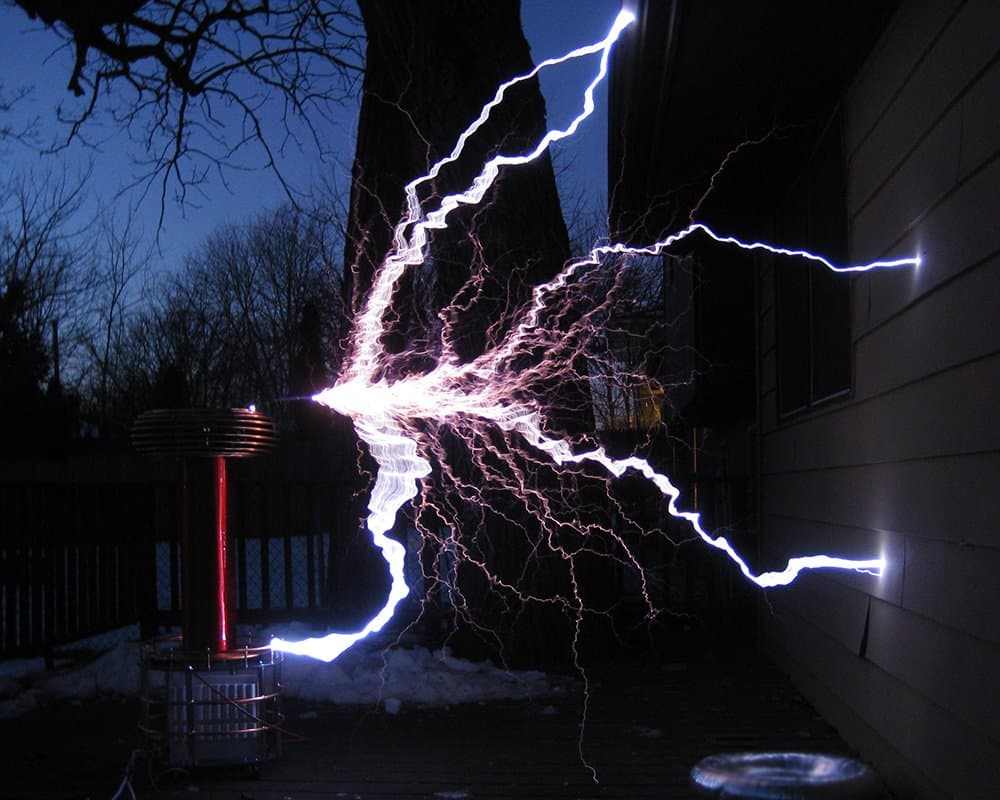 Zeusaphone, a truly strange musical instrument, was named after Zeus, the famous Greek god. It is made using a Tesla coil that manages to produce music by fiddling around with the spark output. 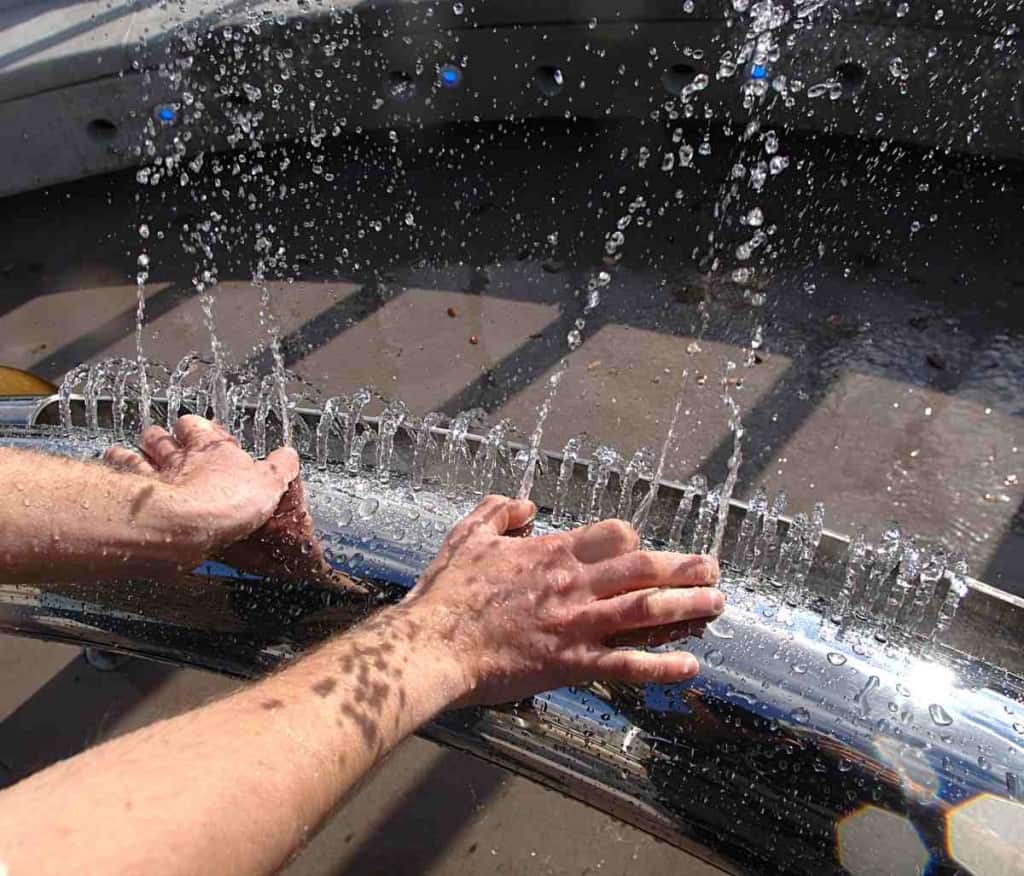 The hydraulophone is an organ that is usually powered by water or some other liquid. It was invented by Steve Mann and is usually used as a sensory exploration device for the visually challenged. 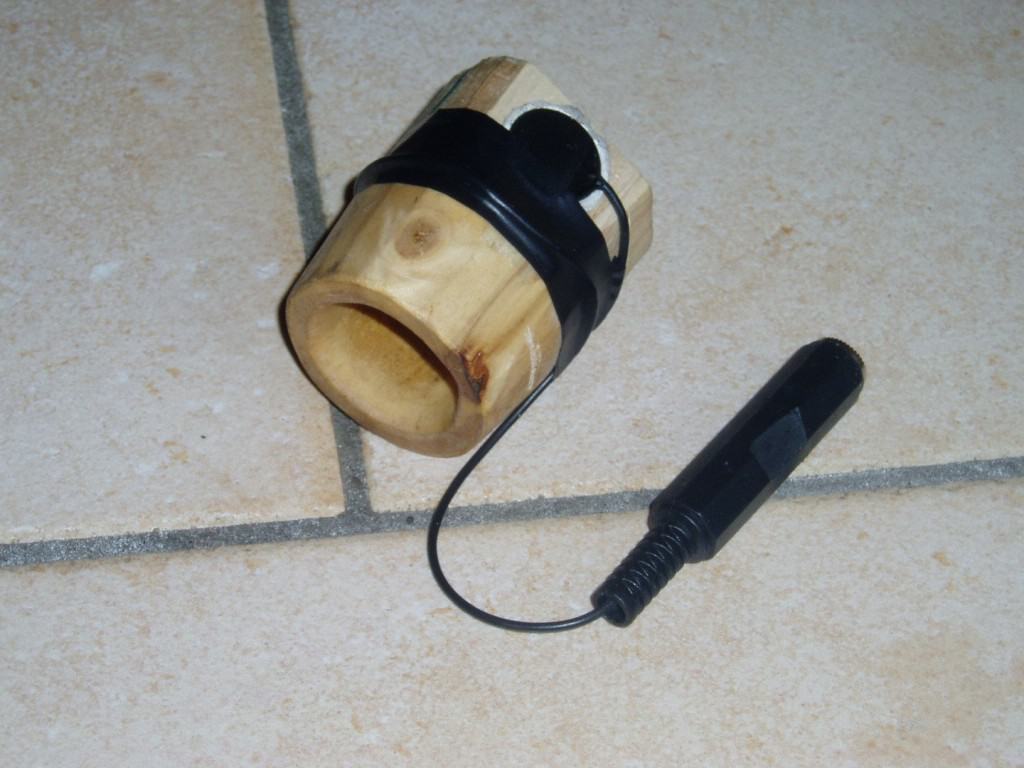 This rather simplistic looking instrument was invented by Bart Hopkin. It is built using corrugated pipes that are attached to a mouthpiece. The artist controls the airflow through the pipes when he blows through the mouthpiece. This variation manages to create several unique sounds on this instrument.