Captain America has long been one of the most popular comic book hero in this country’s history. Just why he’s become so popular is hardly a mystery as even his character in the books was created as a way for the American government to fire up patriotism. Throughout his very long run in the Marvel comic books, he has been a character that has stood for truth, justice and the American way. Despite the fact that he has quite the fan base and following, there are likely somethings you don’t know about the man, the myth and the legend. After reading this list of the 10 shocking things you didn’t know about Captain America, you’ll be much better informed.

He Was Originally Going To Be Called ‘Super American’ 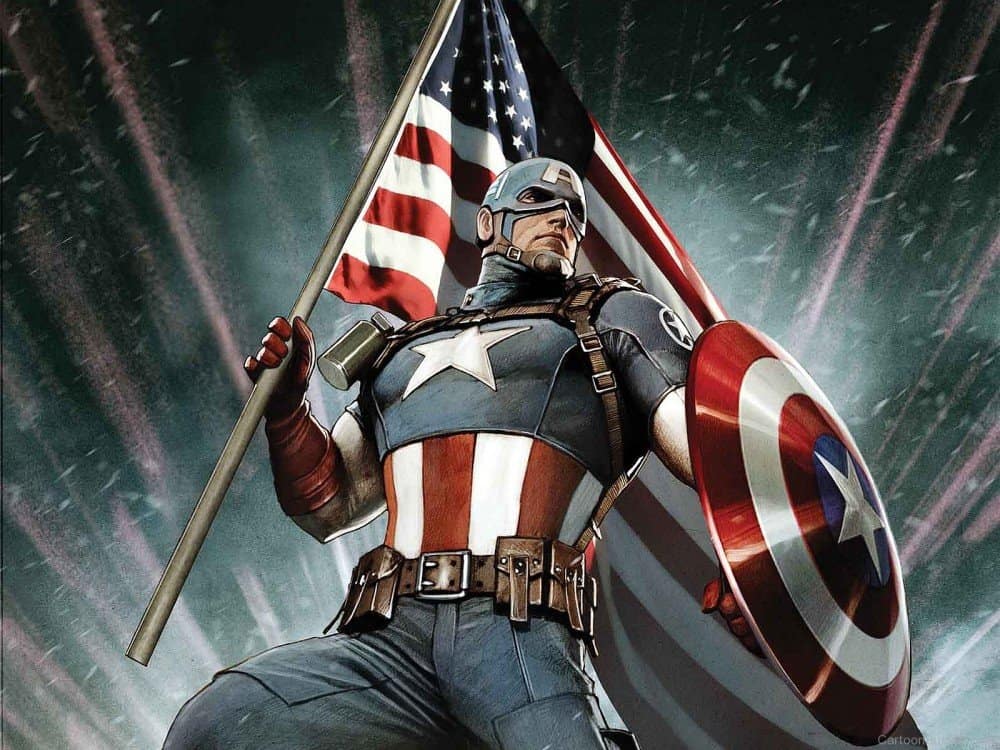 One of the reasons the character is as beloved as he is, is because of his name. That’s why it’s a good thing co-creator Joe Simon decided that the name Super American just didn’t hold the same cache and changed it before the first comic went to the printer.

The First Issue Generated A Lot of Hate Mail 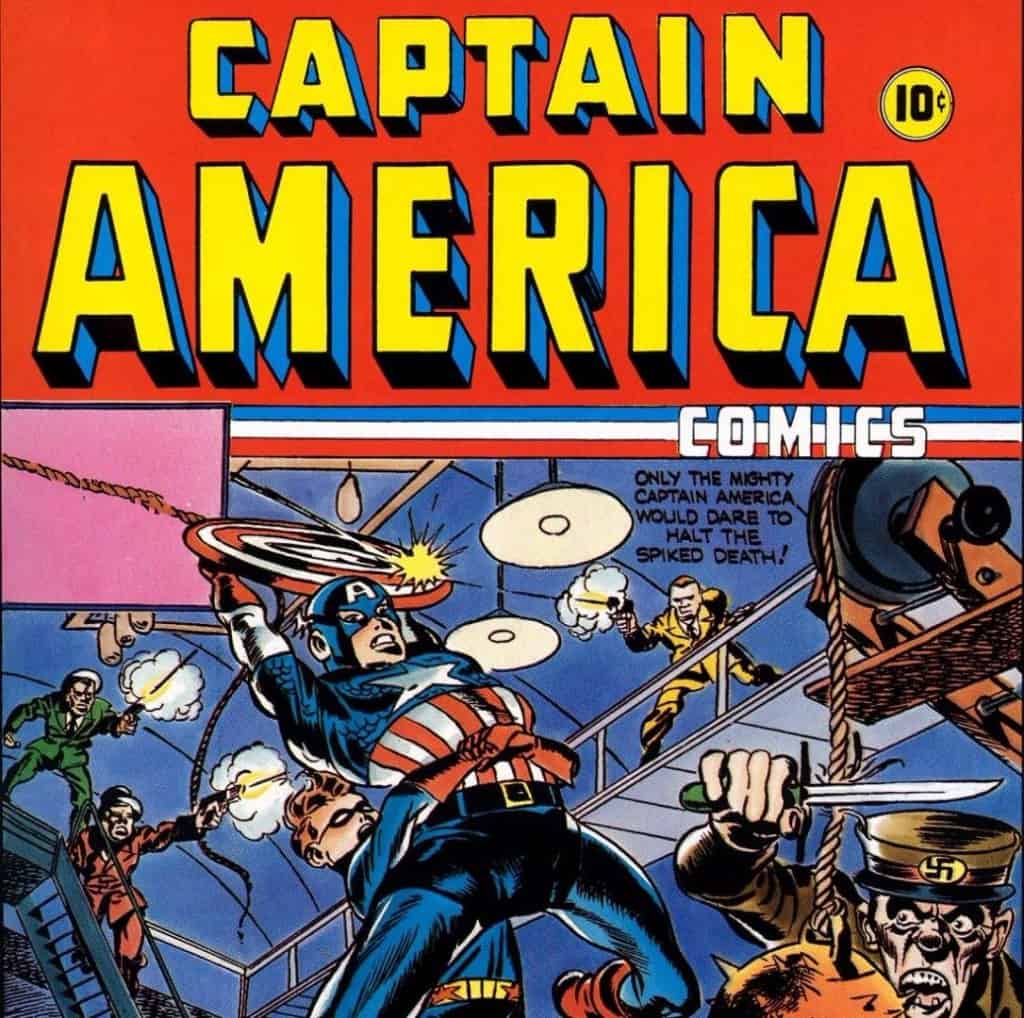 The first issue of Captain America featured the hero going up against German soldiers. Considering the era it was released, this likely doesn’t surprise many people. The problem was that America had not yet gone to war with Germany and there were plenty of people in the US who felt they weren’t our enemies. This led to hate mail and eventually Marvel had armed guards patrolling outside its building.

Lt. Riker Once Put On The Stars And Stripes 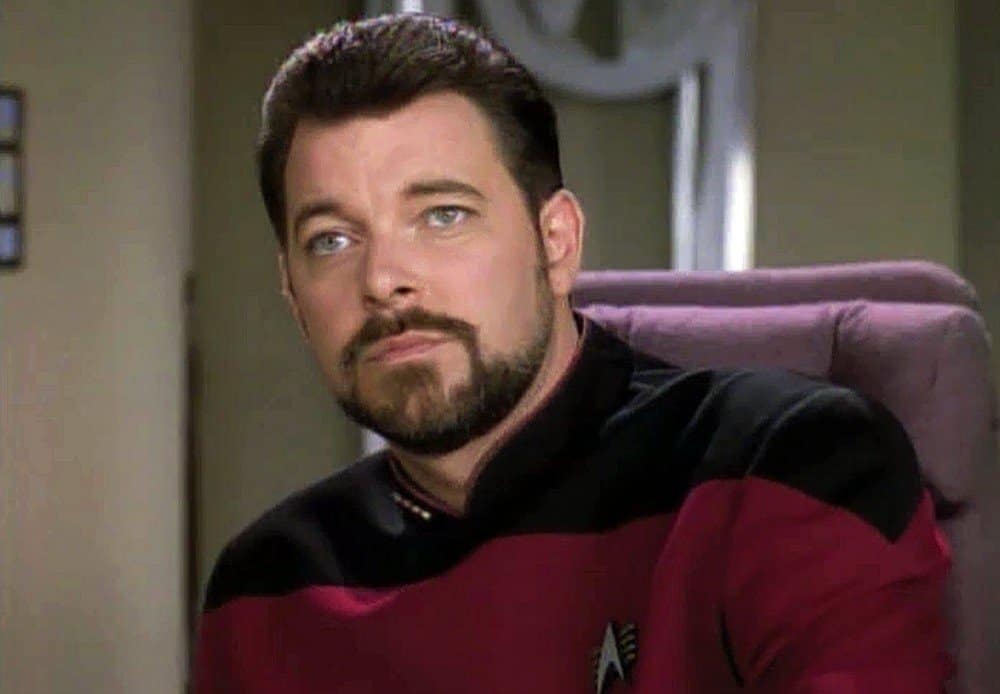 Jonathan Frakes, better known as Lieutenant Riker from Star Trek: The Next Generation once dressed up as Captain America. This was before Frakes had made it big and he donned the costume for a number of fan conventions. 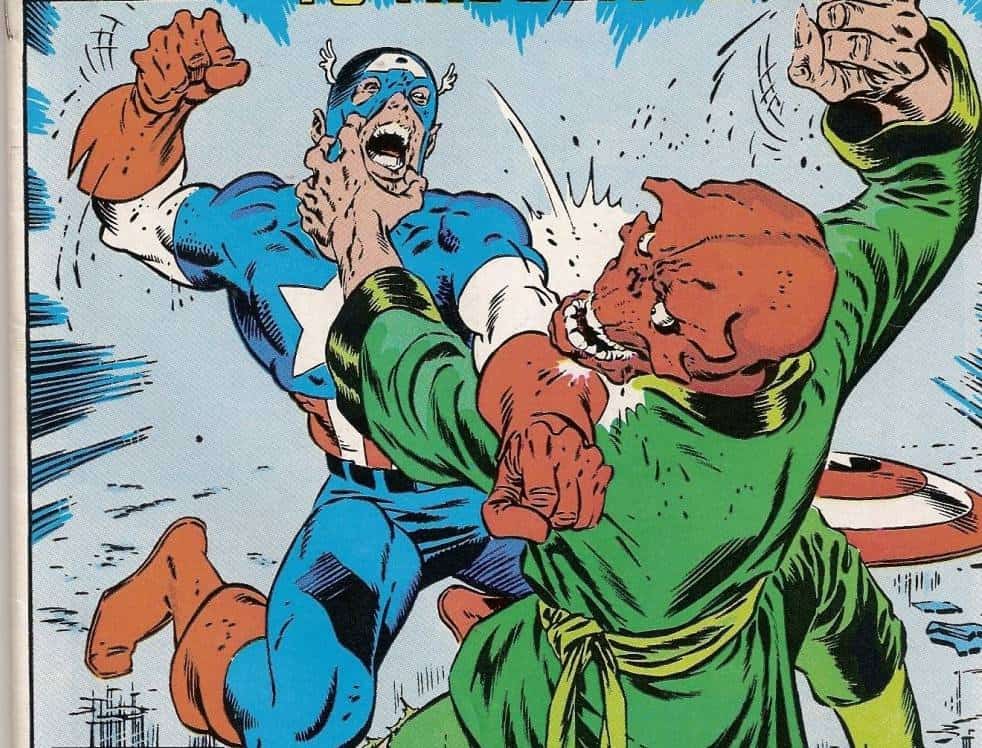 While Captain America dying, or almost dying has been a plot point in this comic franchise for many years, the first time Marvel planned to do this was in the 1960s. The story was that in issue number 300, the Captain would turn against his hero status and look for other ways to save the world, including teaming up with Dr. Doom. The world would turn against him in kind and he would be killed. Eventually, Marvel decided this would go against the entire premise of Captain America.

He Had The World’s First Superhero Movie 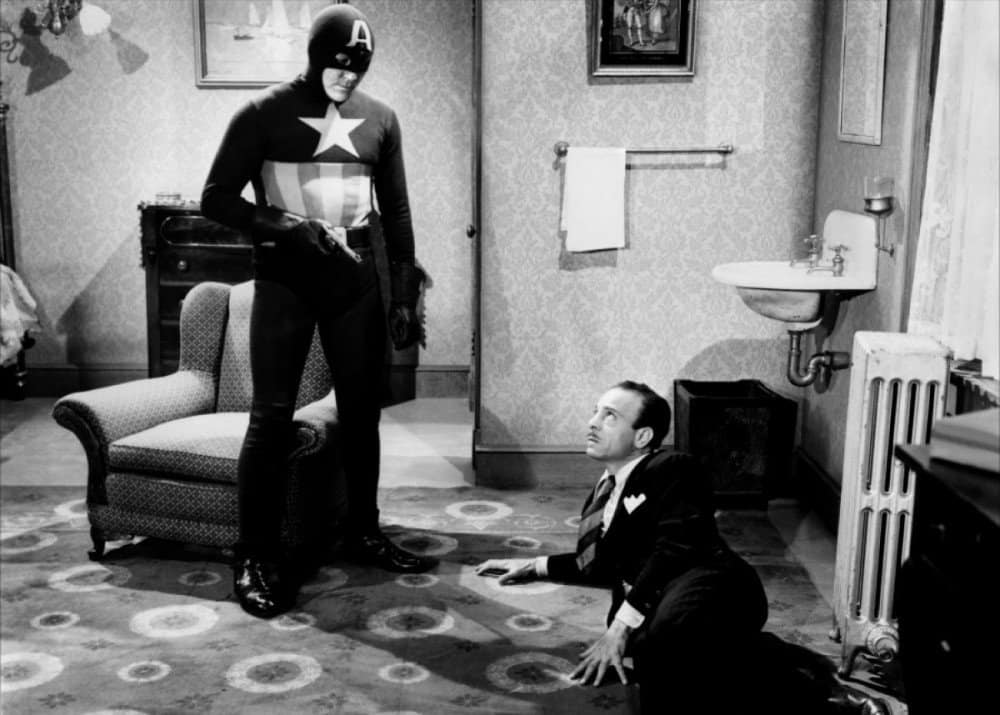 Timely Studios was the first to produce a superhero movie and it was indeed a Captain America flick. Instead of a big blockbuster, this film, produced in 1944 was the last superhero film produced for four decades.

He Almost Got a 1990’s Cartoon Series

While superhero movies are all the rage these days, cartoon series celebrating these characters have always had problems getting big time support. Financial problems canceled a project that would have created a Captain America cartoon in the 1990s.

He Almost Got a Costume Redesign 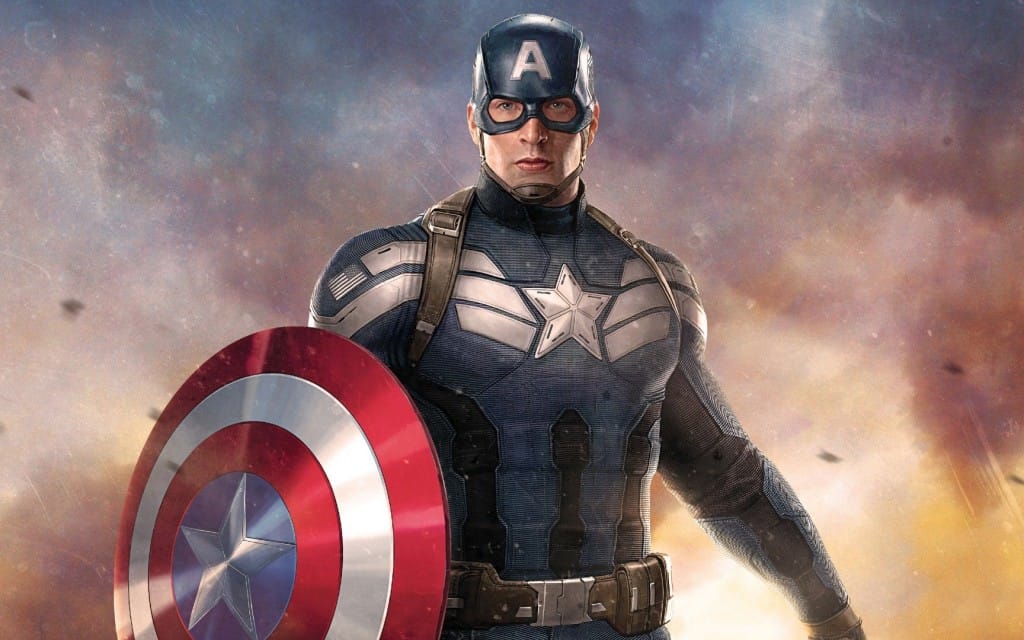 In 1966, Joe Simon sued Marvel Comics, saying he was the owner of the design of Captain America. Marvel in turn, claimed that they owned the rights to the hero and Simon had known this when he was hired. Co-Creator Jack Kirby, who was now on the other side of Simon, actually had two different designs ready to go with the hero if Simon won his suit and Captain America could no longer look the way the country had known him for 20 years. 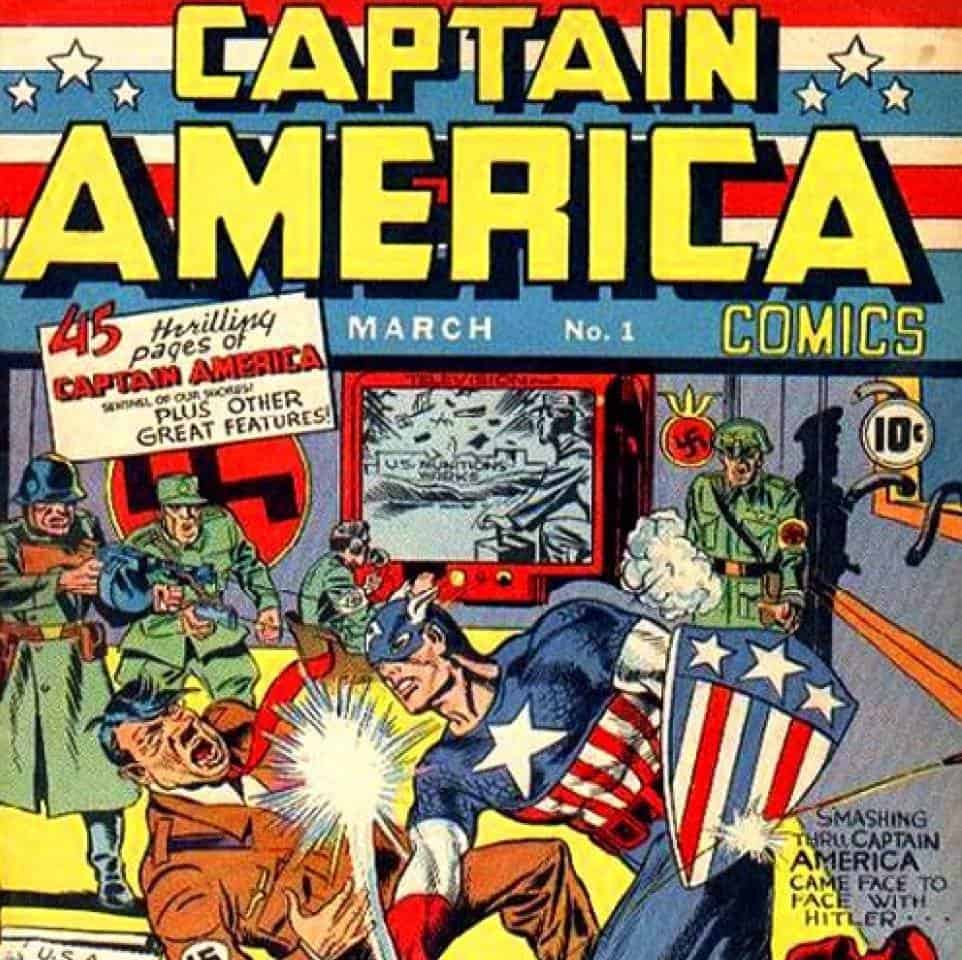 Comic books can be big money these days. While the first ever issue sold for a whopping 10 cents when it first hit stands, a copy of this issue sold for more than $340,000 at auction back in 2011.

He Wasn’t Really The First Avenger 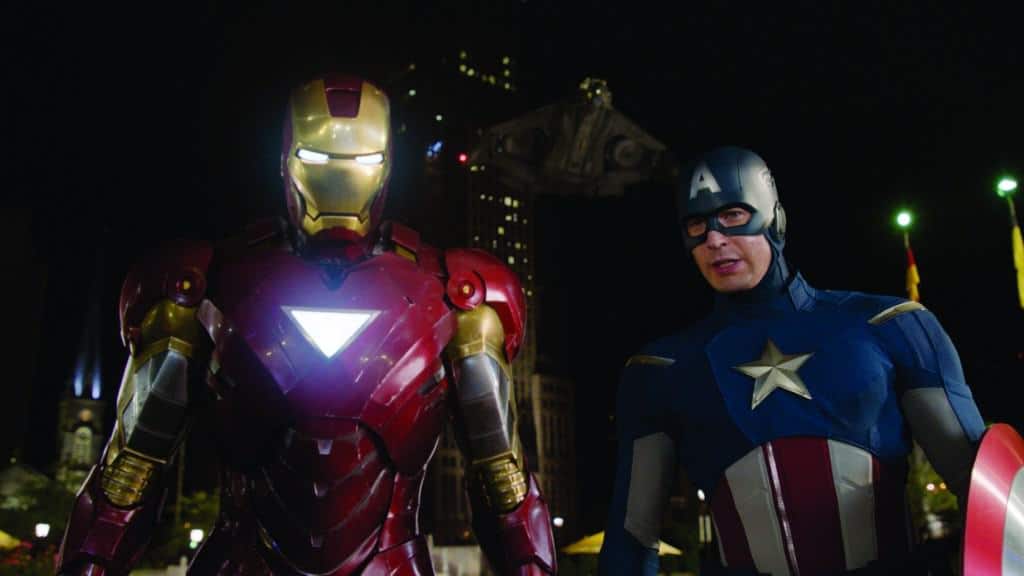 While Captain America is usually referred to these days as the First Avenger, it turns out the character in the comic books wasn’t a member of the team until that group’s fourth comic book. He replaced the Hulk who was actually one of the first Avengers.

He Has An Unauthorized Turkish Film 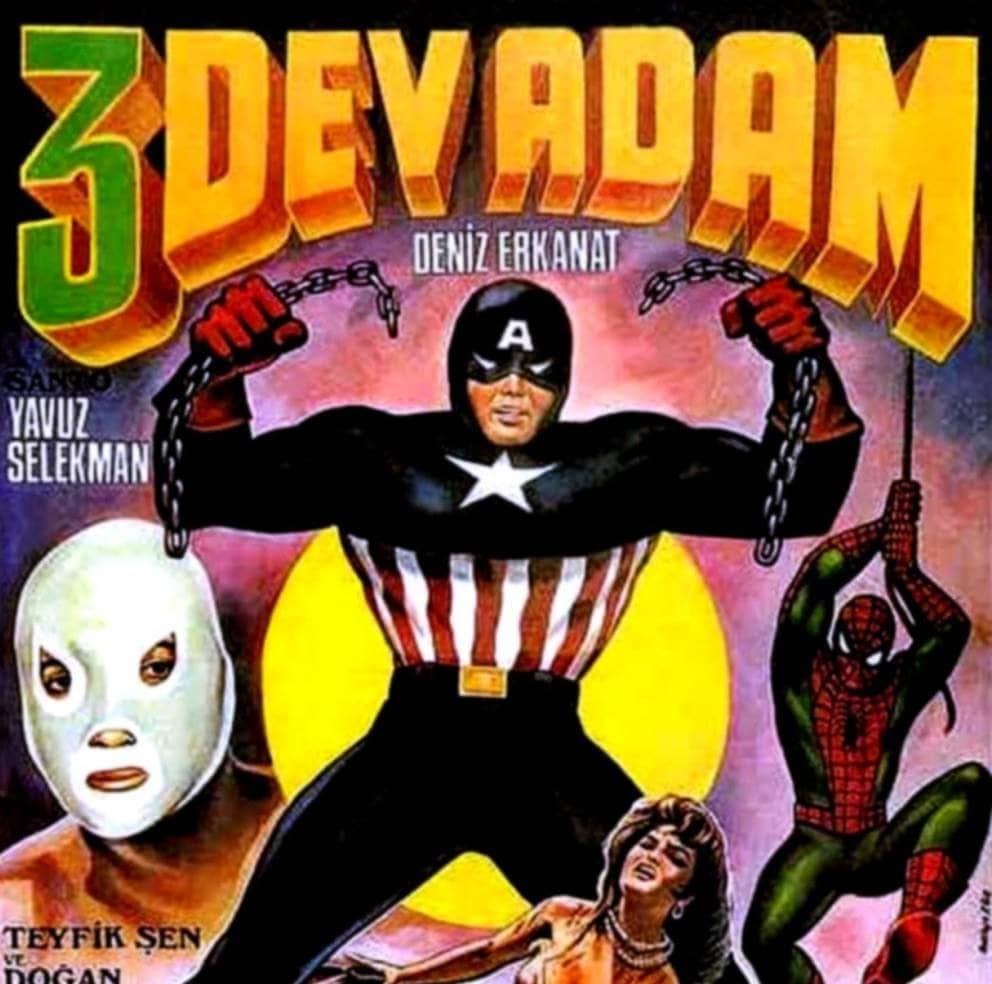 Turkey once made an unauthorized film based on Captain America. This film actually also featured Spiderman, who is apparently a villain in this movie. The film, titled Three Mighty Men featured Captain America teaming up with a luchador wrestler named Santo against Spiderman.