10 Shocking Historical Photos You Have To See to Believe

When it comes to seeing history up close, there are people who were there and then there are people who were able to capture the history that we often forget happened. These particular photos are ones that give us a look at history we didn’t even know we had missed. Sometimes they are of something good, and sometimes they are of an event we wish had never happened in the first place, like the cover photo that comes with this article. Some of those in this list are going to show us a celeb from history, others will show us a way that history has unfolded. Check out these 10 shocking historical photos you have to see to believe.

Robin Hood and His Merry Men 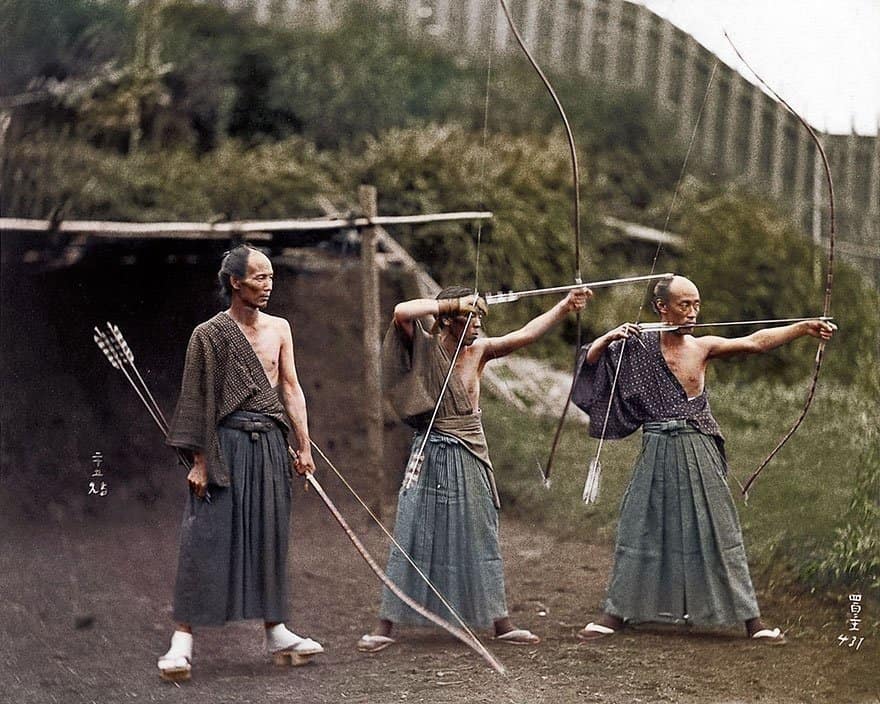 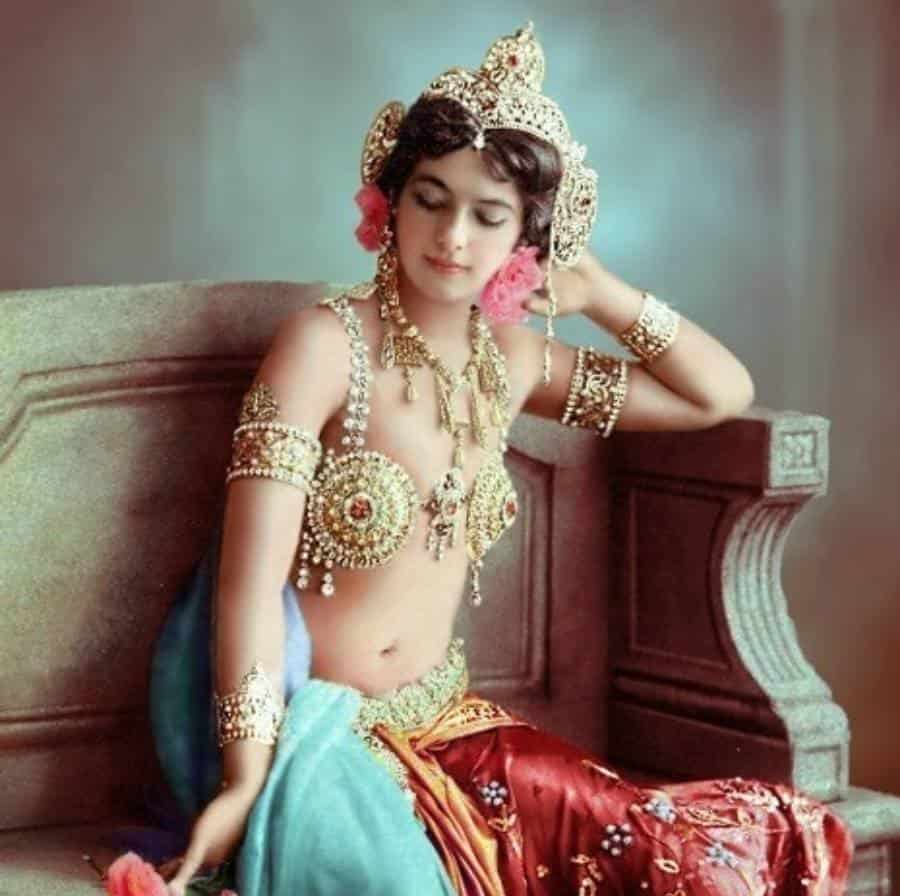 This picture is of the rather famous female spy, Mata Hari, was taken in the early 1900’s. The coloring was added long after it was first taken. 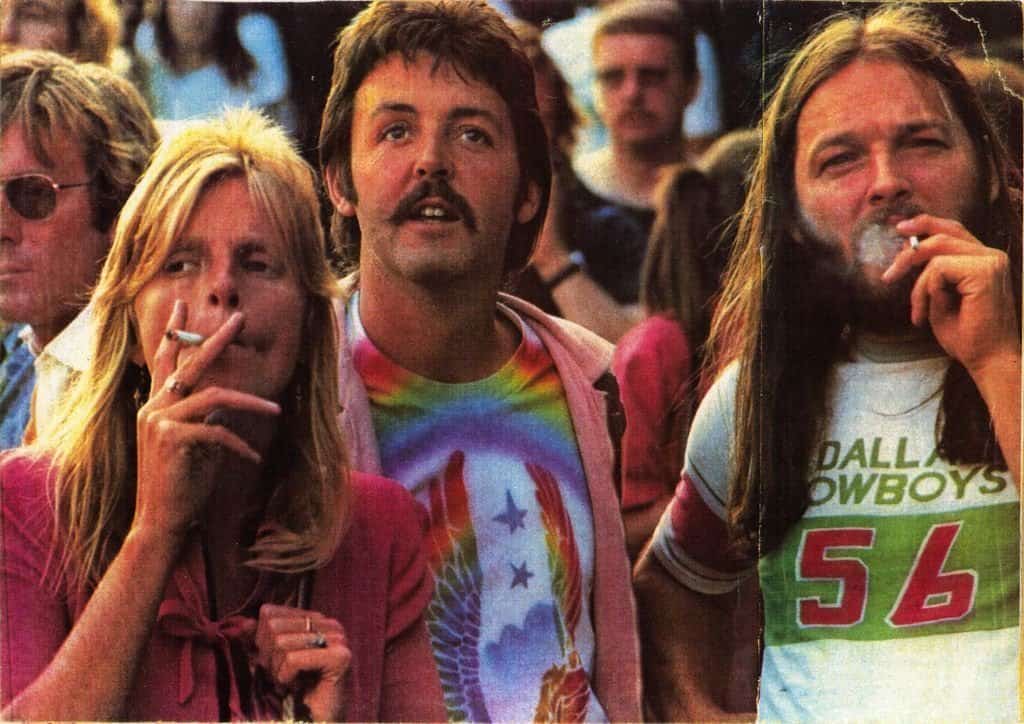 Even the best musicians in the world can enjoy good music of others. This picture is of Paul and Linda McCartney taking in a Led Zeppelin concert in 1976. 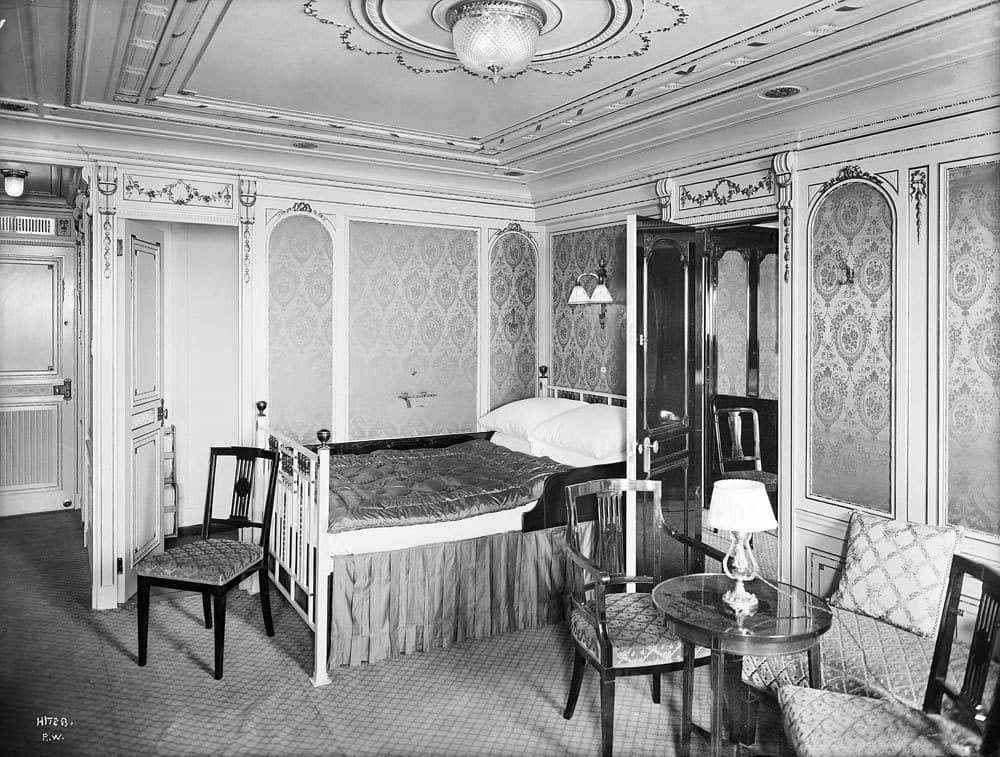 This picture is of the classy state room aboard the Titanic. We all knew that luxury liner was fancy but this looks like a five star hotel.

No, These Are Not Hari Krishnas. 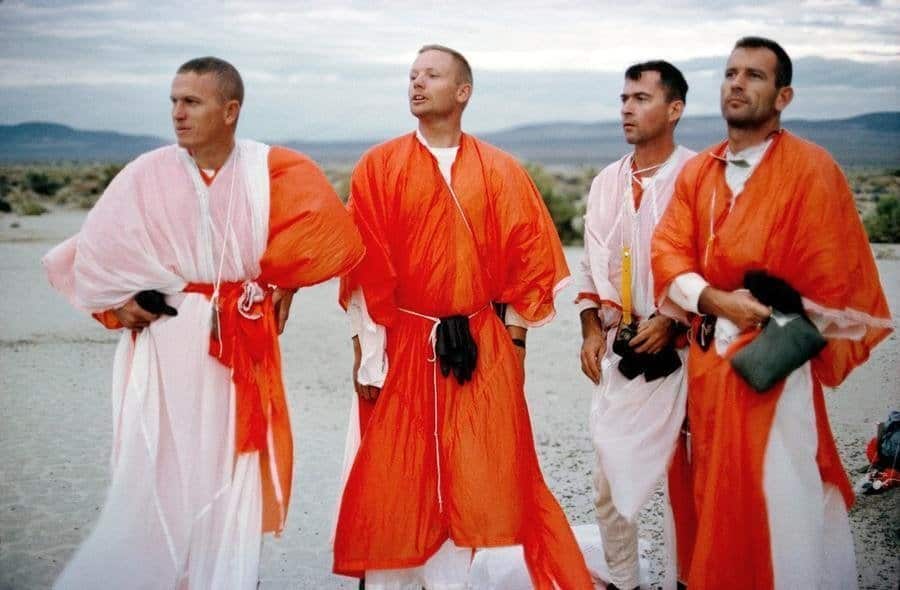 In fact, this picture is of the famed astronauts Frank Borman, Neil Armstrong, John Young, and Deke Slayton. The pic was taken when the four were survival training in the Nevada desert.

War, What Is It Good For 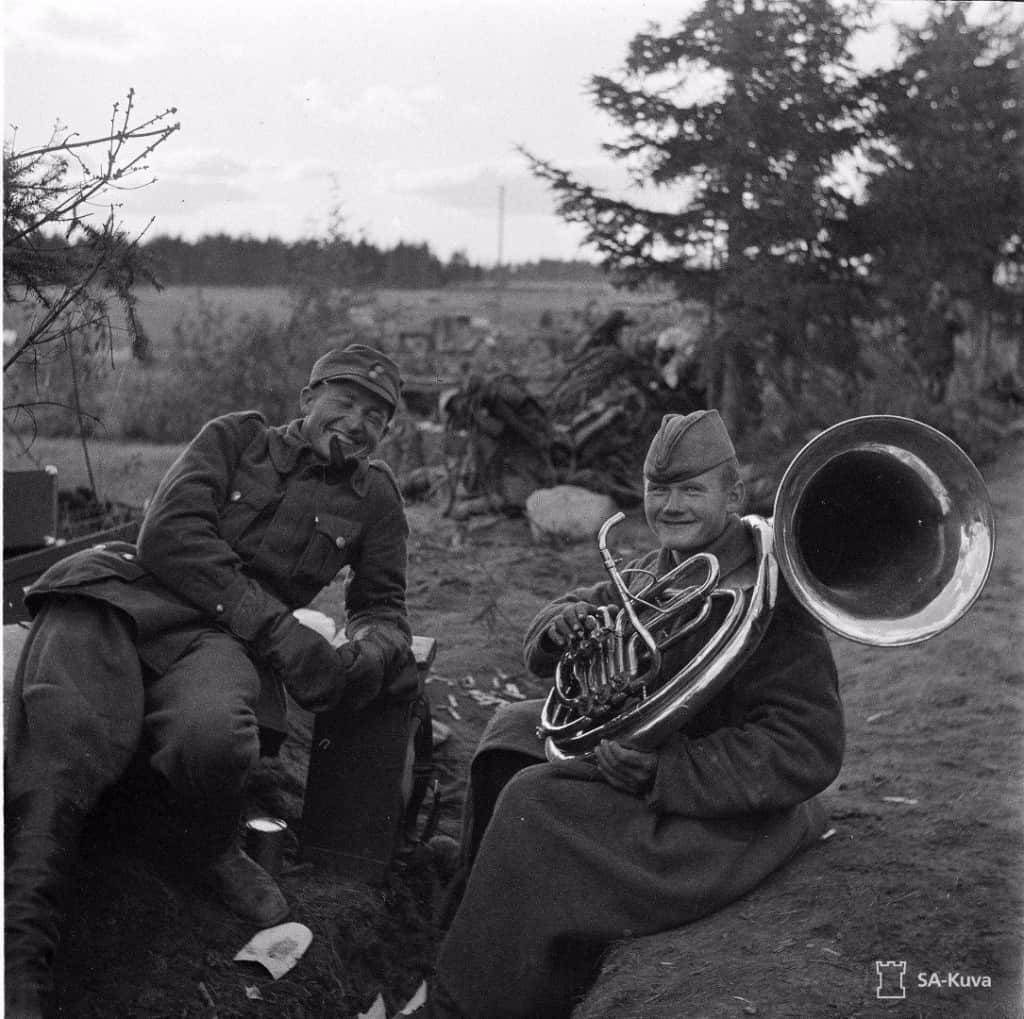 While this looks like two friends kicking back, it’s actually of a Finnish soldier and his Russian prisoner relaxing after a battle. The smiles are likely because they both lived. 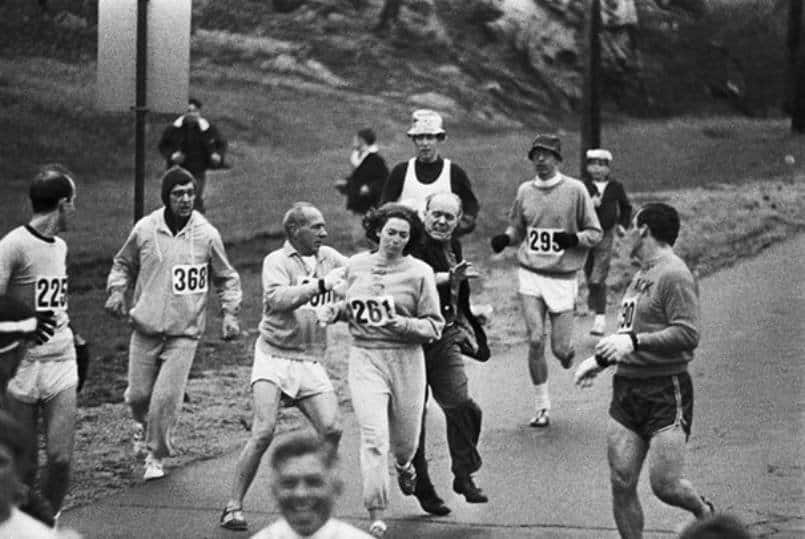 This rather odd looking picture is of a number of men trying to make sure that Eva Switzer doesn’t run in the Boston Marathon. Back when this picture was taken, the marathon was a men only event. Switzer did indeed finish the race and became the first woman ever to do so.

No, This Is Not Young Love 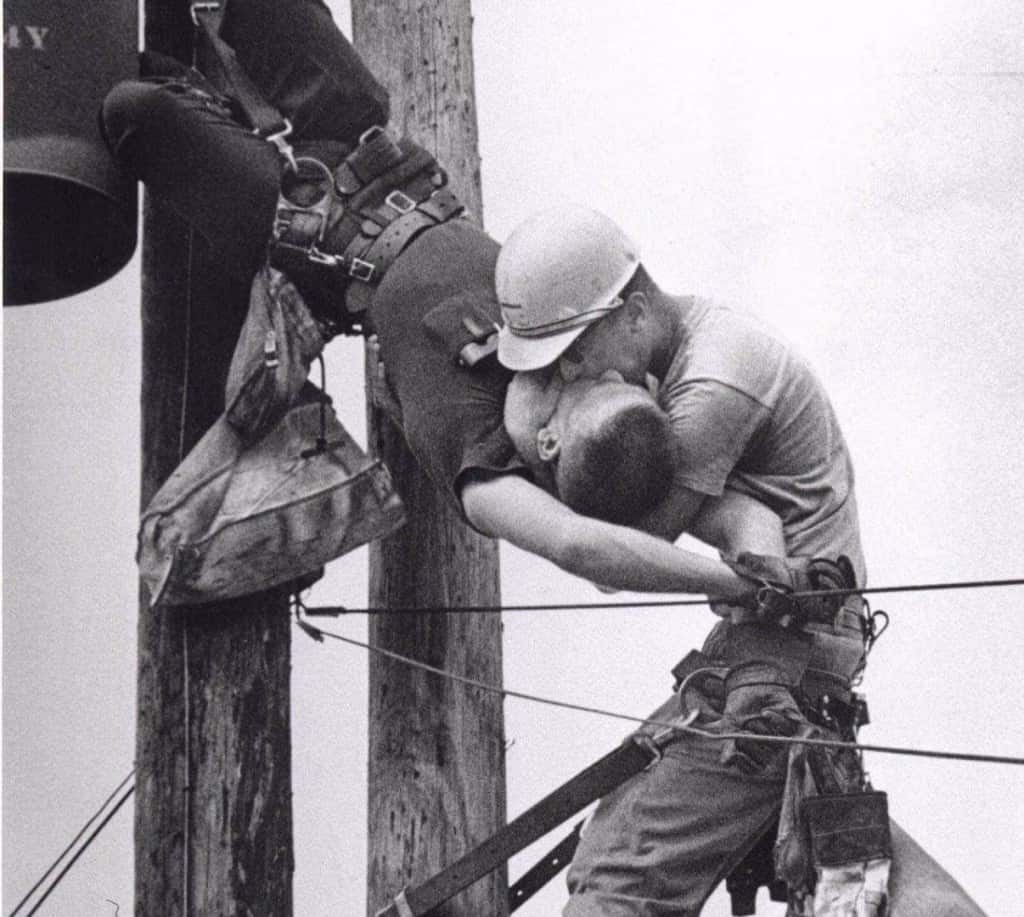 While this picture looks like two men in a passionate embrace, it’s actually of a utility worker back in 1964 giving mouth-to-mouth to another worker who was injured after touching a high voltage wire. 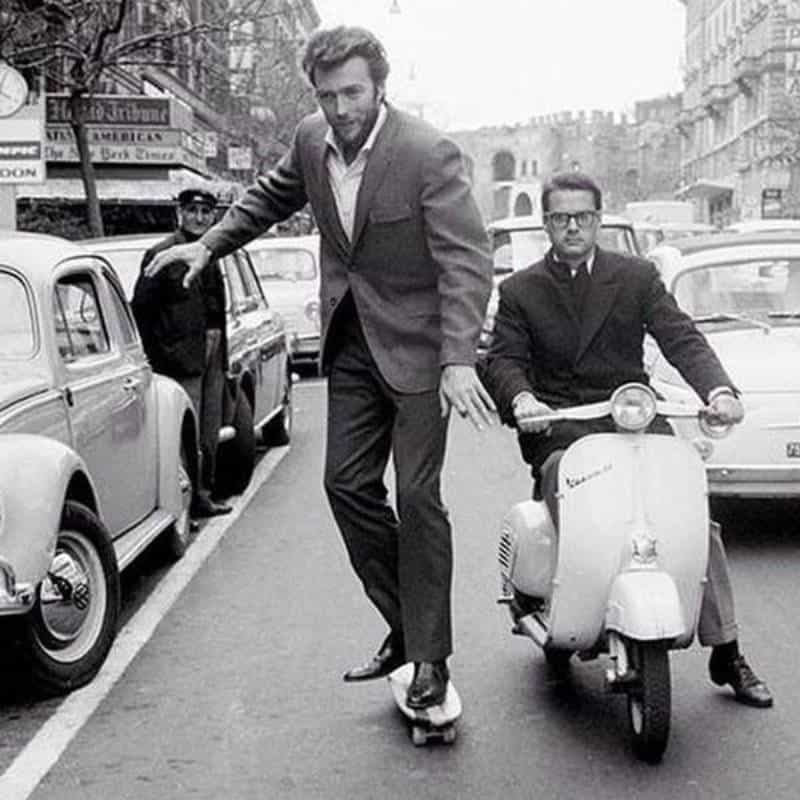 Clint Eastwood has done many, many things over the course of his life. One of those things was riding a skateboard through Italy.

What’s With the Hat 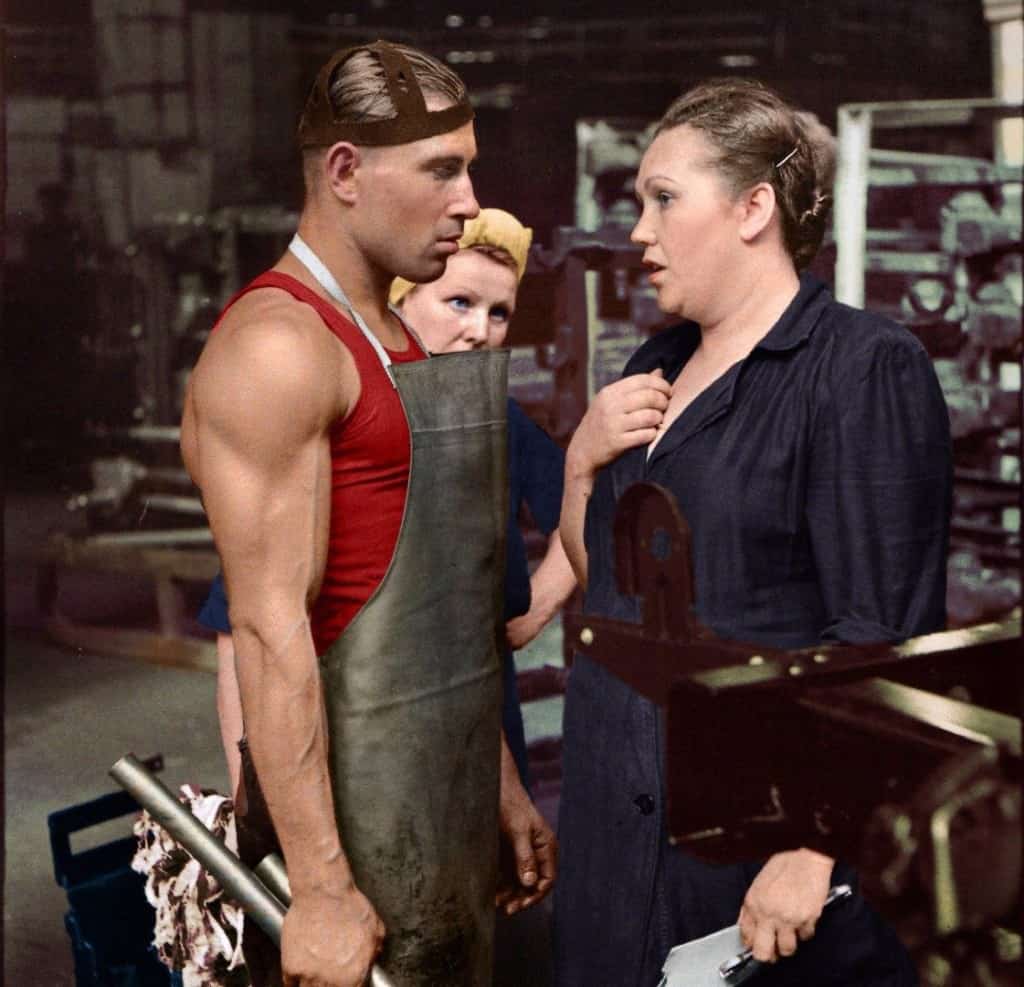 This picture is of a car factory worker and his supervisor from Russia in 1954. One has to wonder just what the strap on his head was supposed to do.