In the 90’s, millions of kids grew up watching NBC’s ‘The Fresh Prince of Bel-Air’. The series helped jumpstart the acting career of a then known Grammy Award-winning hip-hop artist, Will Smith. Throughout the years, ‘The Fresh Prince of Bel-Air’ has become a staple in pop culture and can be considered a classic television show. Due to syndication, many kids born after the series ended are able to watch, laugh and relate to the series. While the show is still extremely popular 19 years after its ending, there are still some facts about the series people may not know about.

Will And Jada Met On Set 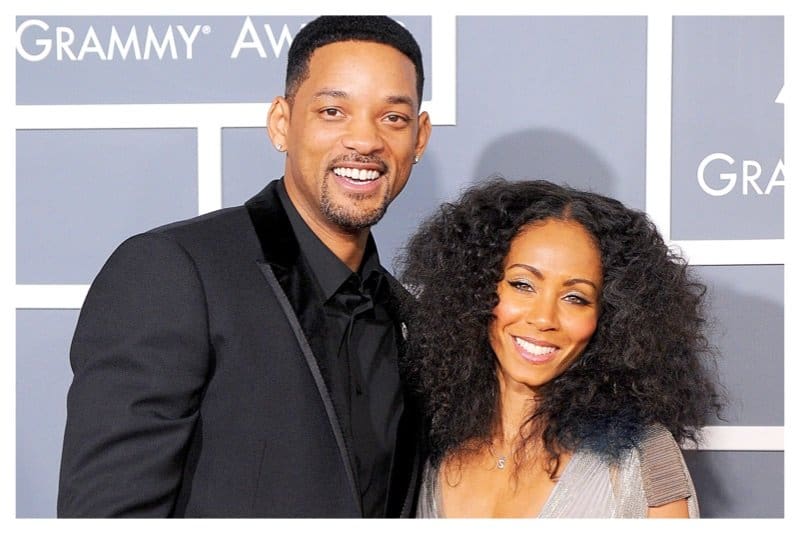 Jada initially auditioned on the show for the role of Will’s girlfriend, Lisa. She didn’t get the role because she was considered to be too short. Will and Jada remained friends after meeting on set, and the rest is history.

Will Smith Took Role Due To Debt 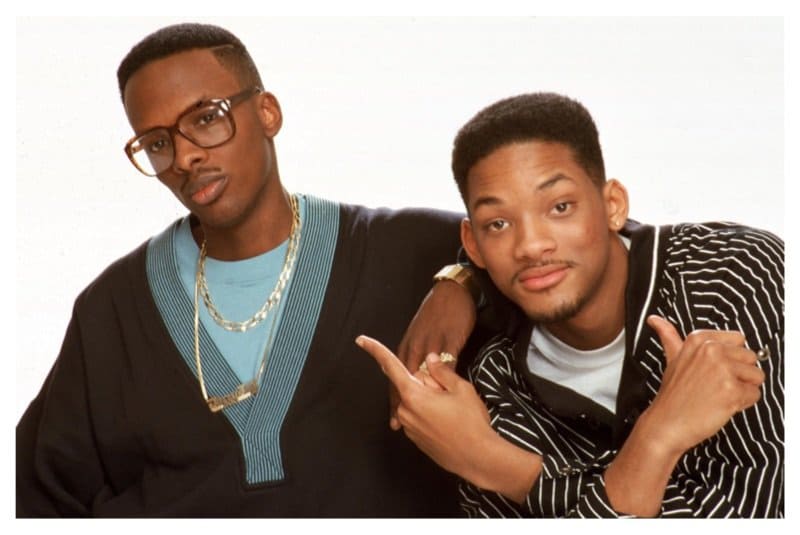 While Will Smith was a pretty popular rapper before the series, he was in serious debt. He spent most of his earnings from rapping buying expensive things and without paying taxes he owed the IRS. He took the role to help payback the government instead of filing for bankruptcy. 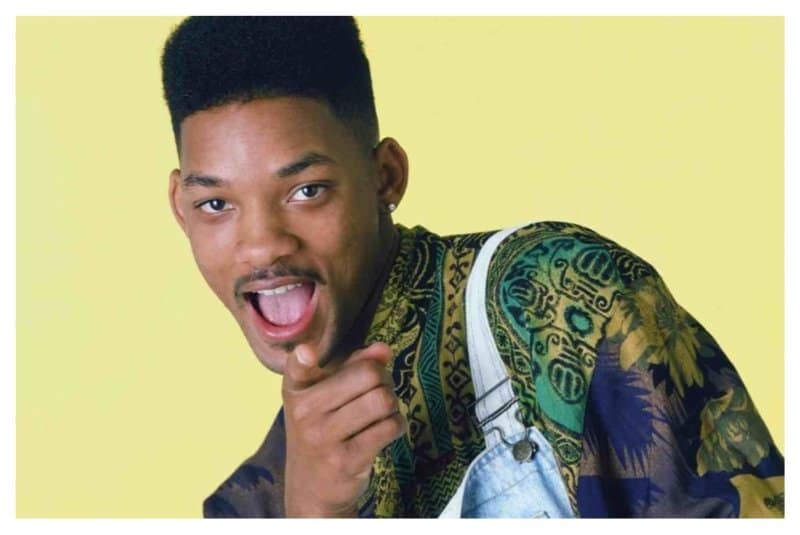 NBC cancelled the series during its fourth season when Will decided to stay in Philly instead of returning to Bel-Air. Fans of the show rallied up and sent letters to the network, producers and Will Smith asking them to renew the series. It worked because NBC brought Fresh Prince back for two more seasons.

Inspired A Pair Of Air Jordans 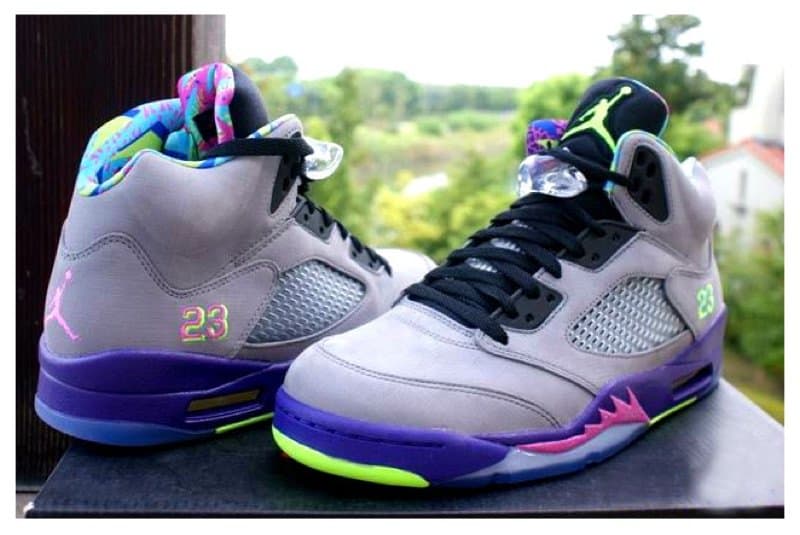 Without a doubt the show has made its mark on pop culture. The series inspired a special pair of Air Jordans called ‘The Fresh Prince Of Bel-Air Jordans’. They are very colorful and represent the vibrant cross colors we all love from the 90’s.

Will Used To Memorize Everyone’s Lines 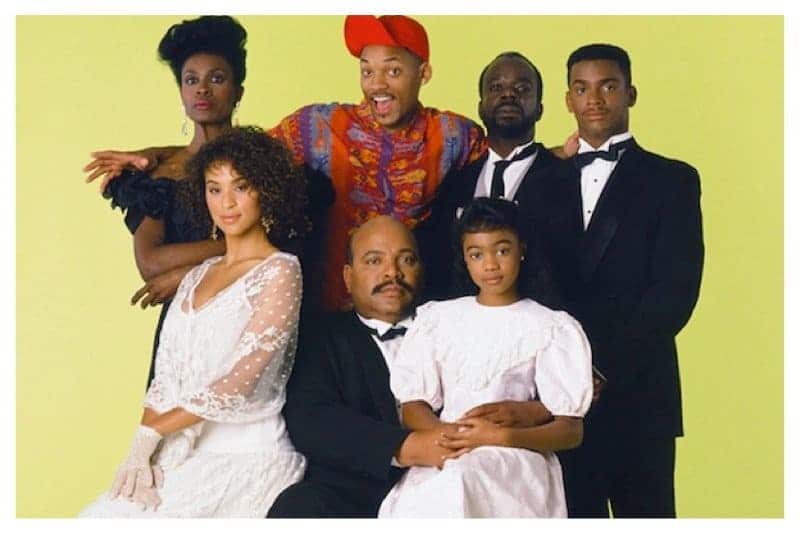 Because the show was Will’s first big shot at acting, he was nervous about messing up during filming. He would memorize the other actor’s lines so that he wouldn’t forget his own. If you go back to the first season and look closely, you can see him lipping everyone’s line while they’re talking.

There’s A Soundtrack To The Series 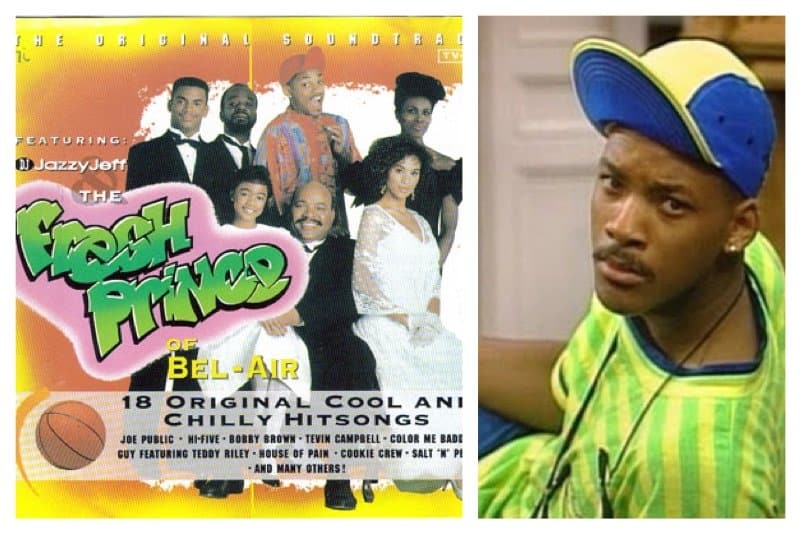 Did you know there was an actually soundtrack to the show? It was only released in Holland. If you’re lucky, you may be able to find it on Spotify.

Geoffrey Has A Full Name 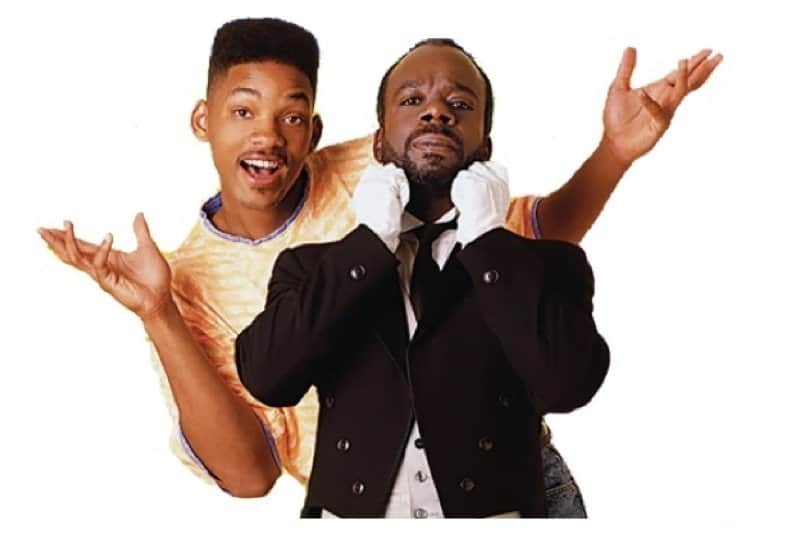 We all know him as the Banks’ loyal butler, Geoffrey. But did you know he actually has a full name? It’s Geoffrey Barbara Butler. 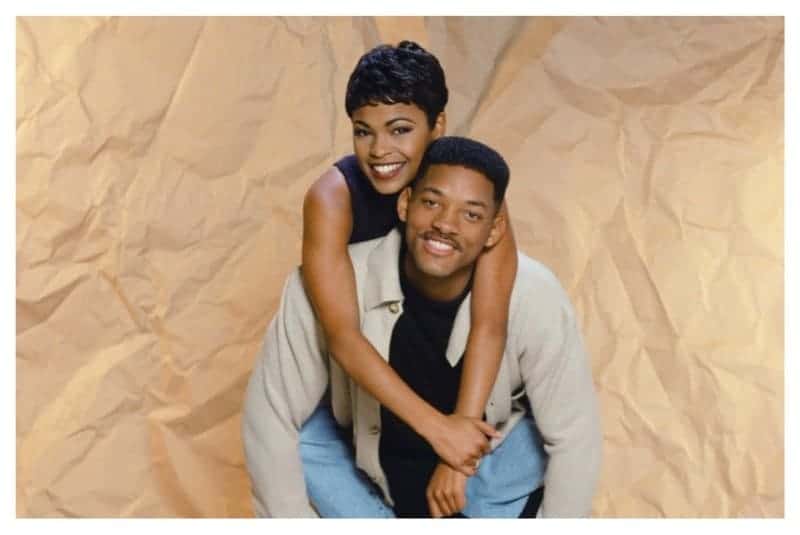 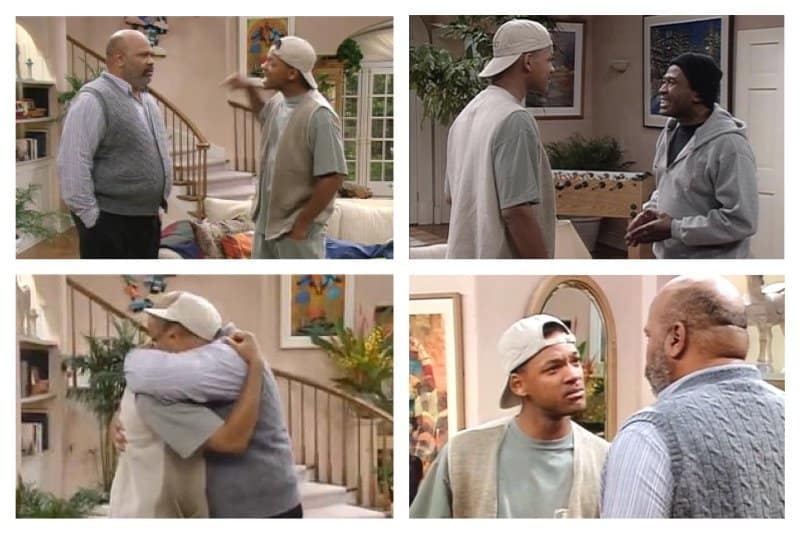 The heartfelt scene in the episode, ‘Papa’s Got a Brand New Excuse’ was actually ad-libbed and not a part of the script. Will Smith and James Avery did the scene in one take. After the emotional scene, James Avery broke out of character and gave Will a much needed hug. 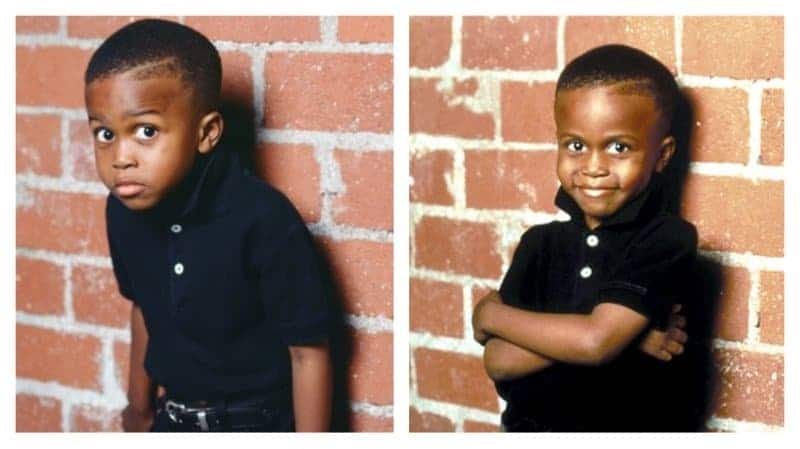 Boyz II Men performed at Nicky’s Christening ceremony. To honor them, he was named after the four singers of the group. His full name is Nicholas Andrew Michael Shawn Nathan Wanya Banks.

‘The Carlton’ Is Actually A Parody 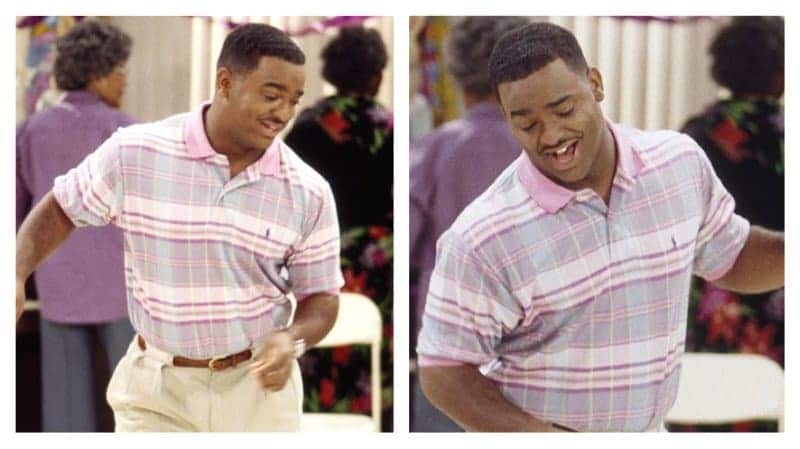 Alfonso Ribeiro revealed the infamous ‘Carlton Dance’ was inspired by a video he saw of Bruce Springsteen and Courteney Cox in ‘Dancing in the Dark’. Ribeiro also took inspiration from Eddie Murphy’s Delirious video where he does a ‘white man dance’. 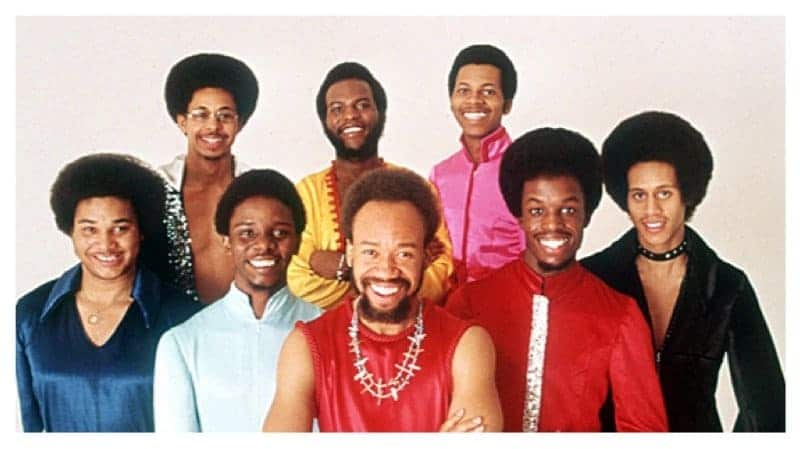 The name of Uncle Phil’s Law firm, Firth, Wynn and Meyer was an ode to the band, Earth, Wind & Fire. Executive producer Quincy Jones was a huge fan of the group. 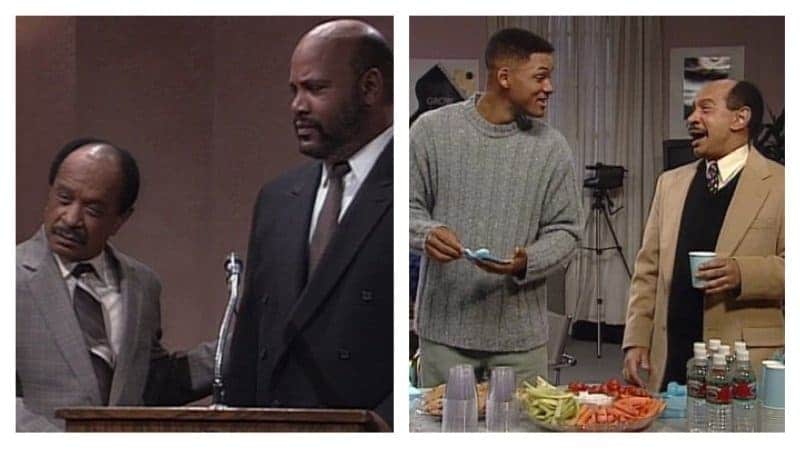 Sherman Hensley appeared on the series twice as two different characters. He first appeared as Judge Carl Robertson, Phillip Banks’ mentor. Hensley later appeared as his famous character George Jefferson in the series when Will and Lisa go to couple’s counseling.

Will Smith’s First Big Check Went To The IRS 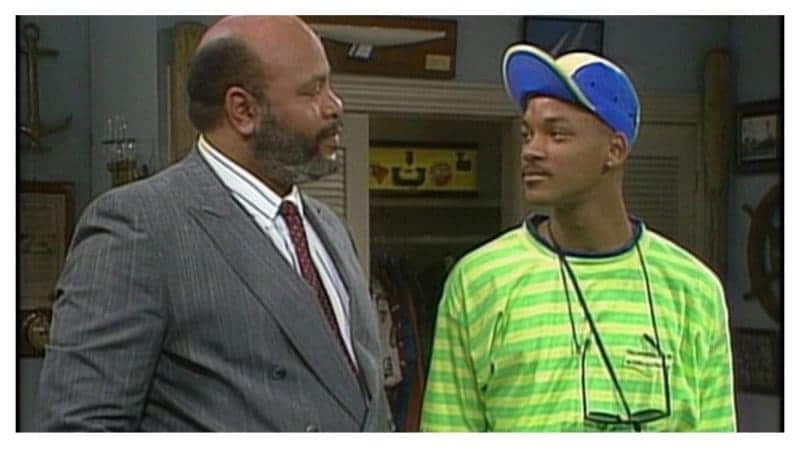 We already told you that Will Smith took the role as the Fresh Prince due to his debt. But did you know that when he received his first big check from the show, he didn’t get to spend any of it? Due to owing over $2.8 million in back taxes, the IRS took 70% of his check for the first three seasons of the series. 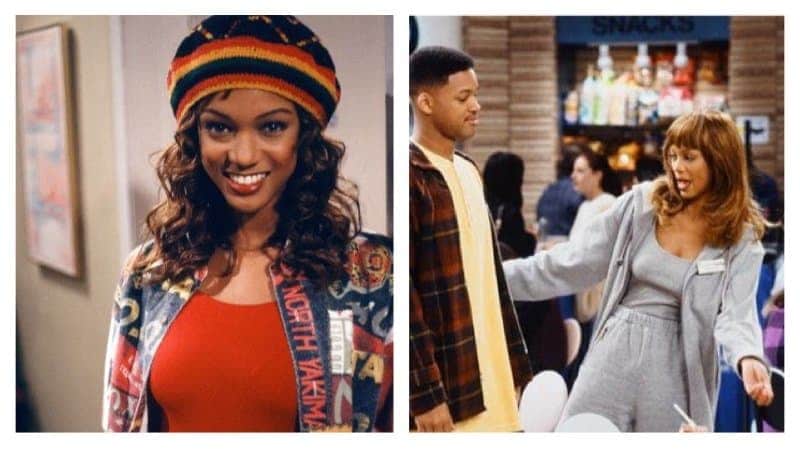 The Banks’ House Isn’t In Bel-Air 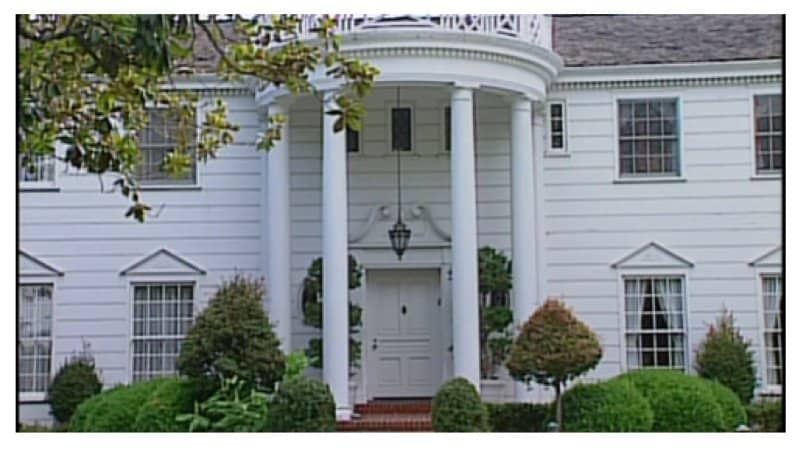 The famous house that’s featured in the opening credits isn’t exactly located in Bel-Air. The house is actually located in Brentwood, California. 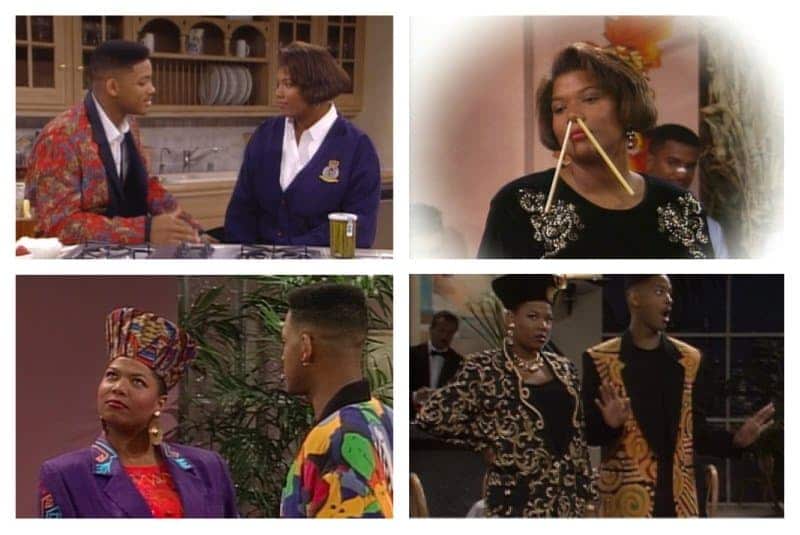 Queen Latifah appeared on the series twice. She first appeared as Will’s love interest, Dee Dee in ‘She Ain’t Heavy’. Queen Latifah later appeared in the series as Hilary’s bossy manager, Marissa, who had a crush on Will. 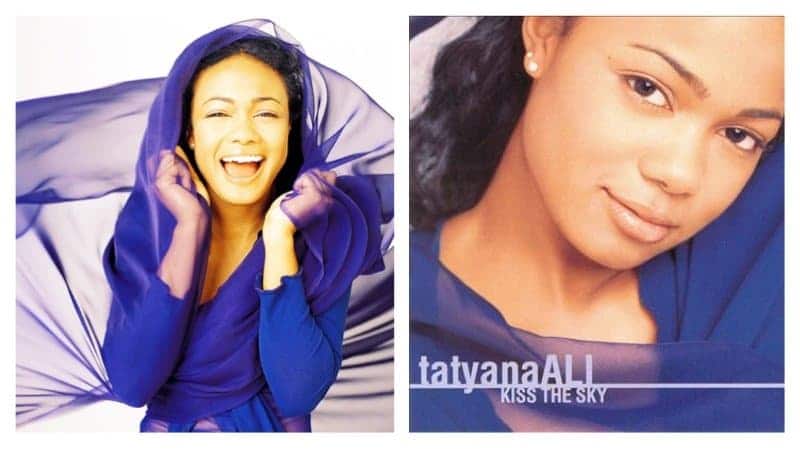 We all know her character Ashley Banks had a short lived singing career on the series. But did you know Tatyana Ali actually released an album called ‘Kiss the Sky’? Her first single, ‘Daydreamin’ reached #6 on the U.S. Billboard Hot 100 charts. 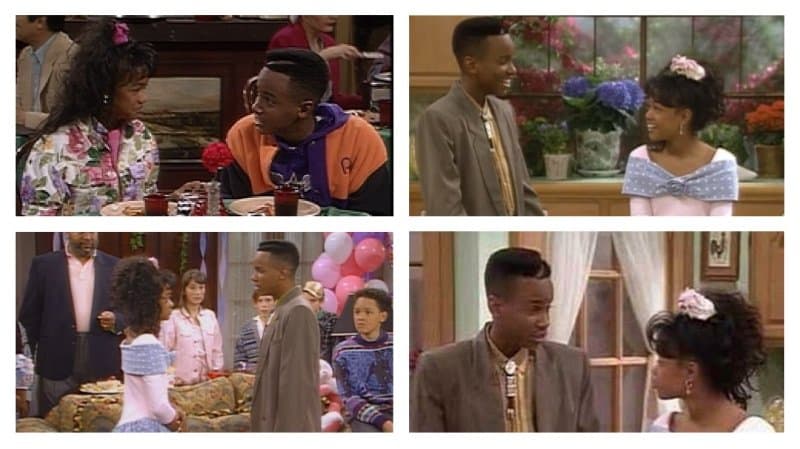 Tatyana Ali had her first kiss on the series with the teenage heartthrob, Tevin Campbell. Tevin Campbell appeared on the show as Little T, a popular singer who surprised Ashley Banks at her birthday party.

Jazz Was Only Thrown Out Once 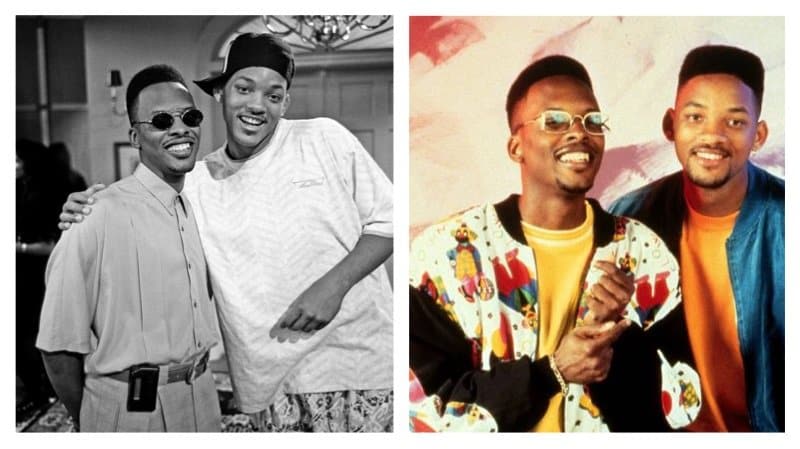 There was only one shot of Jazz being thrown out of the house filmed. Due to the shot being filmed on a certain location, it would’ve cost too much money to shoot the scene each time Jazz was thrown out. If you look closely you’ll notice Jazz is wearing the same shirt each time he gets tossed out of the house.