Some people might not want to admit it, but there is very little doubt that Family Guy has had a pretty massive effect on pop culture. The show had such an effect that Fox went out of its way to bring the program back after it had actually given up on the show. There are very few programs that can boast that kind of loyalty from a network. Since the program came back on the air, it has gone out of its way to offend just about everyone while still being a show that people tune into in record numbers. Despite that level of loyalty, there are likely a few things about the show you didn’t know. Check out our list of 10 shocking facts you didn’t know about Family Guy and let us know what you think. 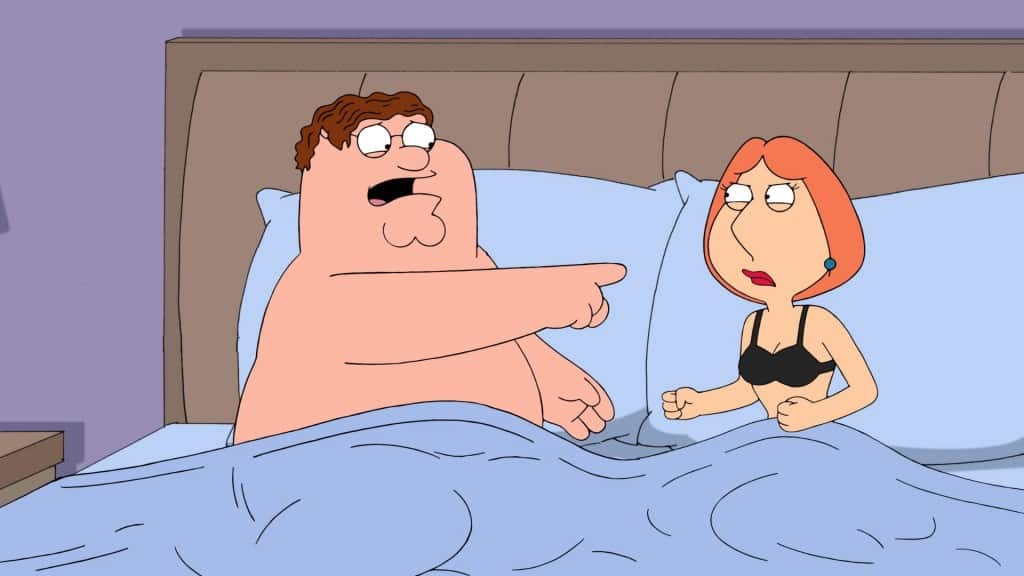 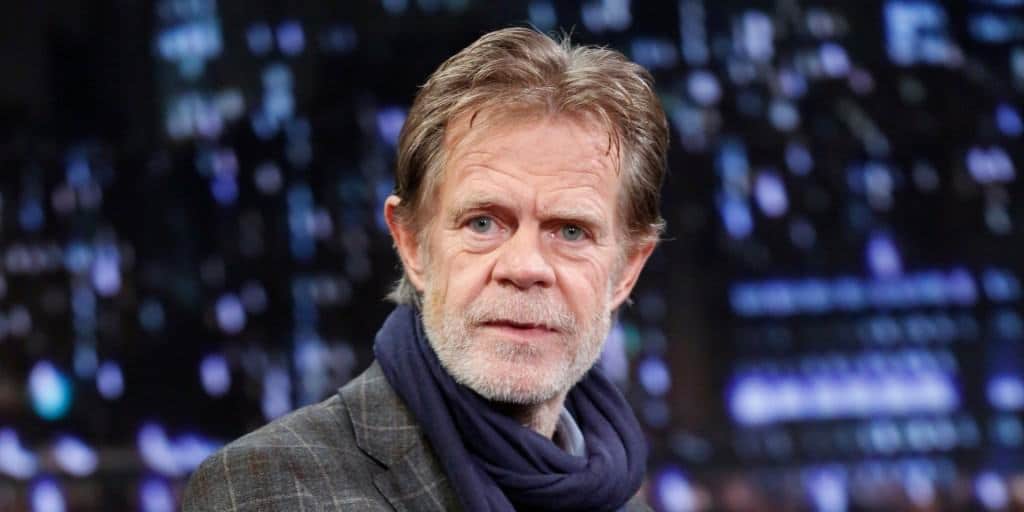 While Seth MacFarlane voices a number of the characters on the show, including Brian, William H. Macy tried out for the role of the spunky dog when the show was just getting started.

The show’s producers have never said why Macy didn’t get the role, but it’s a safe bet MacFarlane wanted complete control over one of the show’s most popular characters.

When the show started off, the creators wanted to name their episodes after 1940’s mystery radio shows. The titles would then be morbid and maudlin while the shows themselves would be polar opposites. This is demonstrated quite well when talking about season 1, episode 2’s “I Never Met A Dead Man.” The actual episode had to do with Peter breaking a television satellite and having to spend time with his family.

Eventually, the network decided the practice of intentionally confusing the viewers with the titles wasn’t a productive one. 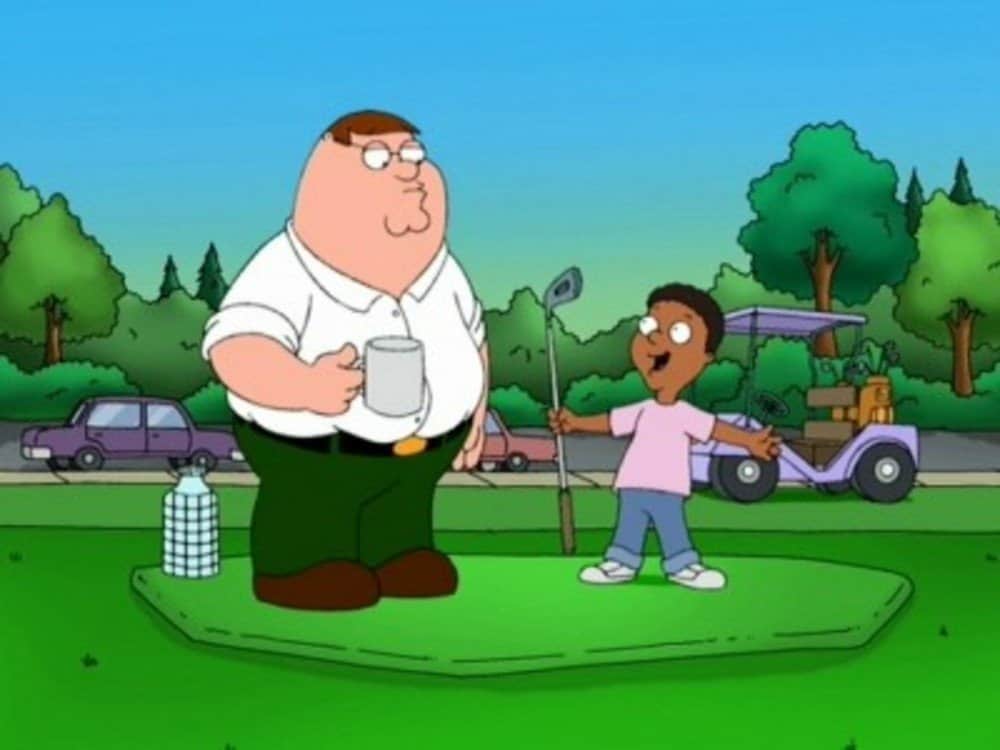 While Seth MacFarlane is clearly proud of his creation, there is at least one episode he’s not in love with. On Twitter the creator was asked about his least favorite episode and he named Fore Father as that least favorite show. 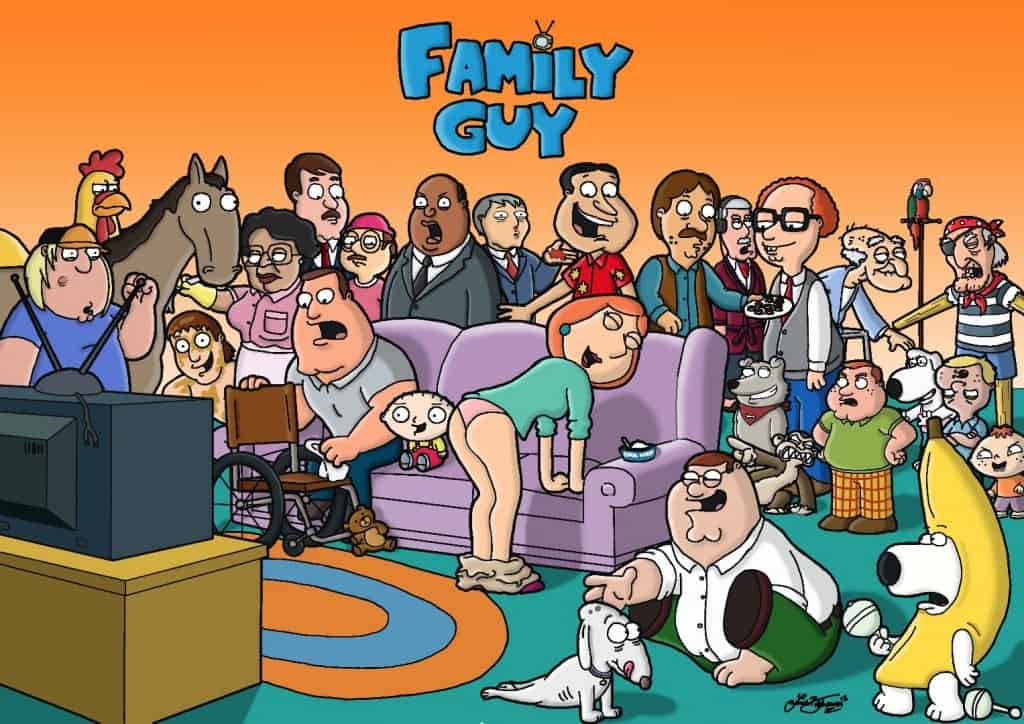 While DVD sales and petitions were rumored to bring the show back from death, it turns out syndication was the real reason Fox brought the show back. The network took notice of the fact that Adult Swim on Cartoon Network was not only keeping loyal fans but bringing in new ones. This led to the show being brought back.

Opening Title Is A Reference To All In The Family 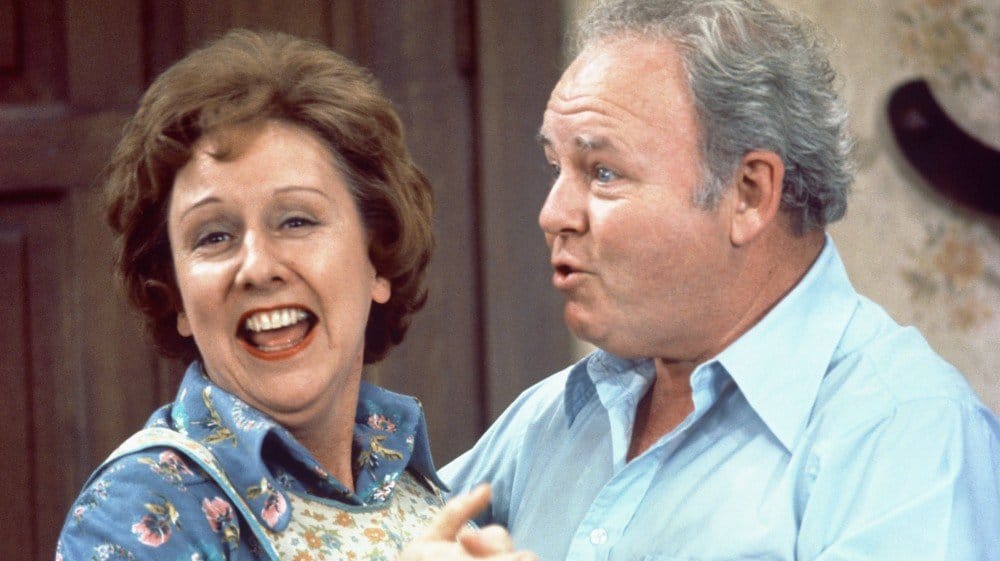 Perhaps because All in the Family was such an outrageous show in its own time, MacFarlane has made it clear the opening sequence is a direct call back to that show. This is demonstrated in Lois and Peter singing at the piano much the way Edith and Archie do in their program from the 1970’s.

Quagmire Is A Lefty 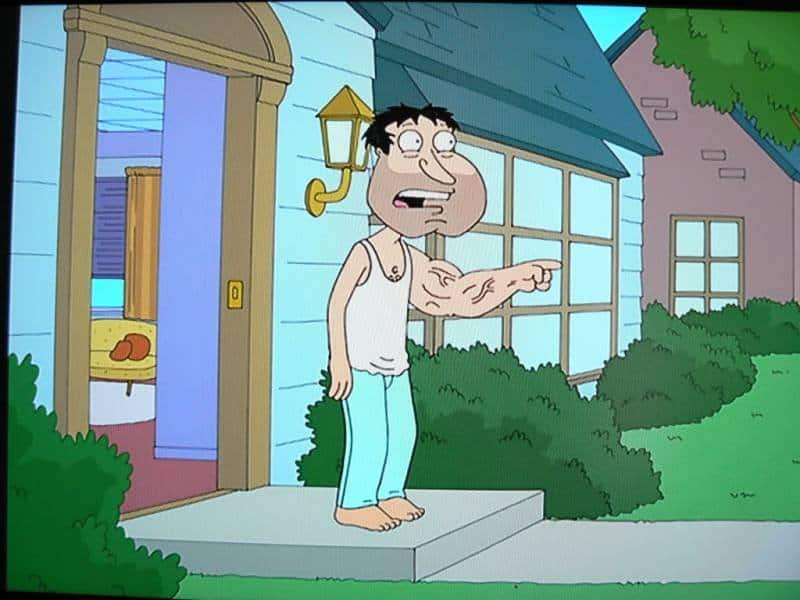 The Use of the Phrase ‘What The Hell?” 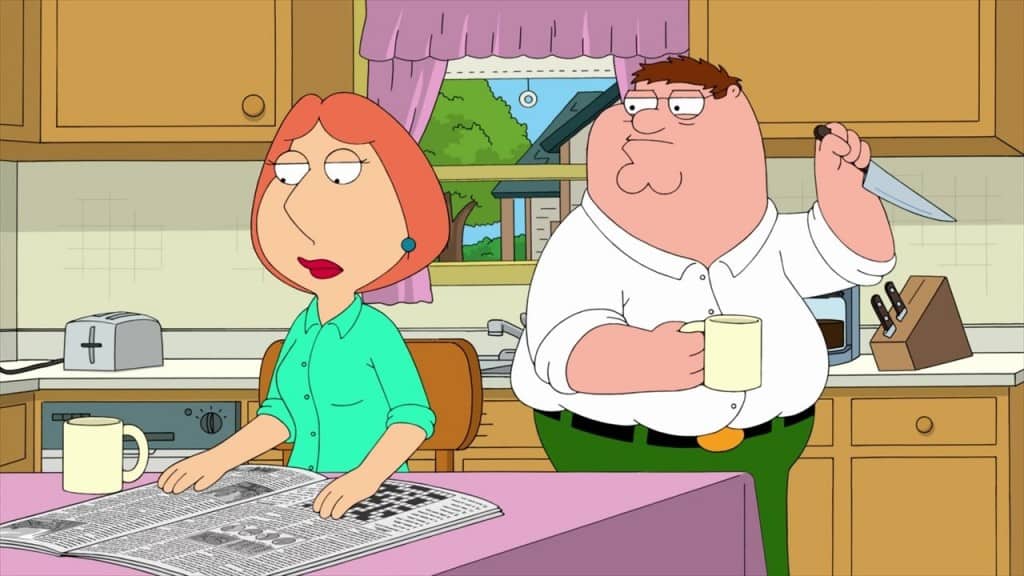 There are a number of theories as to why the show does it, but in almost every episode of Family Guy, one of the characters is yelling “What the Hell?” to another. Most experts claim there is exactly one episode where the adult phrase is not used, “From Method to Madness” from Season 3. 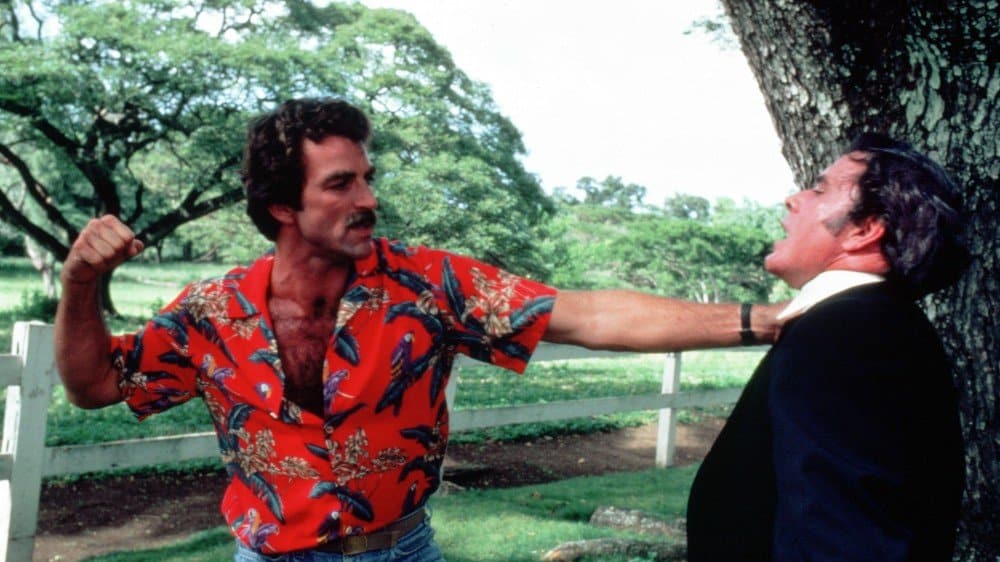 While the show has used the mechanic of cutting away from the animated content to real life content a number of times, they’ve used footage of Tom Selleck a number of times. This isn’t just because it’s funny, it’s because Seth MacFarlane has gone on record as being a huge fan of Selleck and his Magnum P.I. character.

The Show Was Based On Seth MacFarlane’s College Thesis 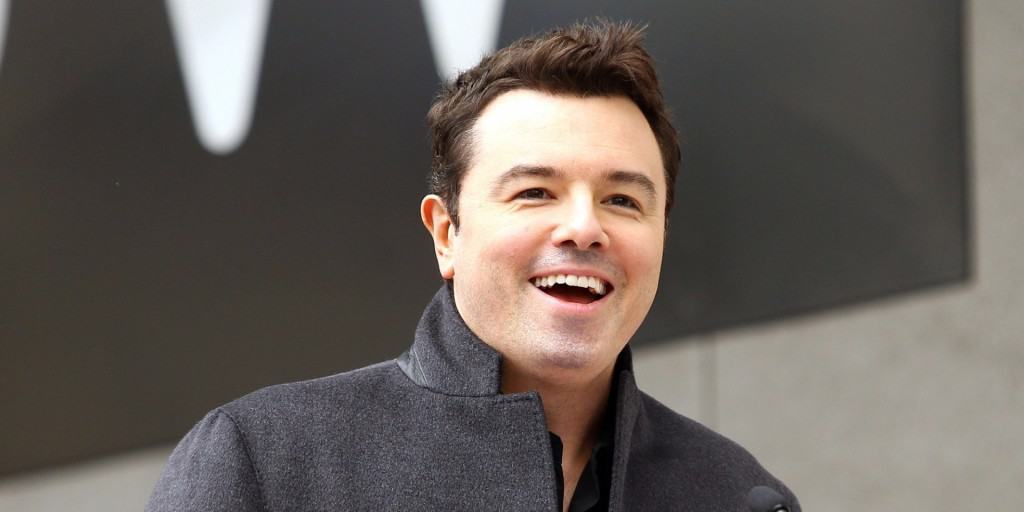 Family Guy’s creator Seth MacFarlane was studying at the Rhode Island School of Design (RISD) when he submitted an idea for a cartoon to Hanna Barbera. He was hired by the company and came up with another idea while working there for a show that featured a smart aleck dog and his middle aged owner. Fox took a look at the idea and purchased the rights to the idea that eventually became Family Guy.