There’s a modern day rule not all follow stating that you should think first and post second. However, much like with any other rule, most people just don’t follow it. Without appropriate consideration, thousands upon thousands of photos end up online and while most of them are just harmless and insignificant, others tend to be so obscure and bizarre that they simply shouldn’t be online. With that in mind and without further adieu here are 10 of the most weird photos from social media that truly shouldn’t be online! 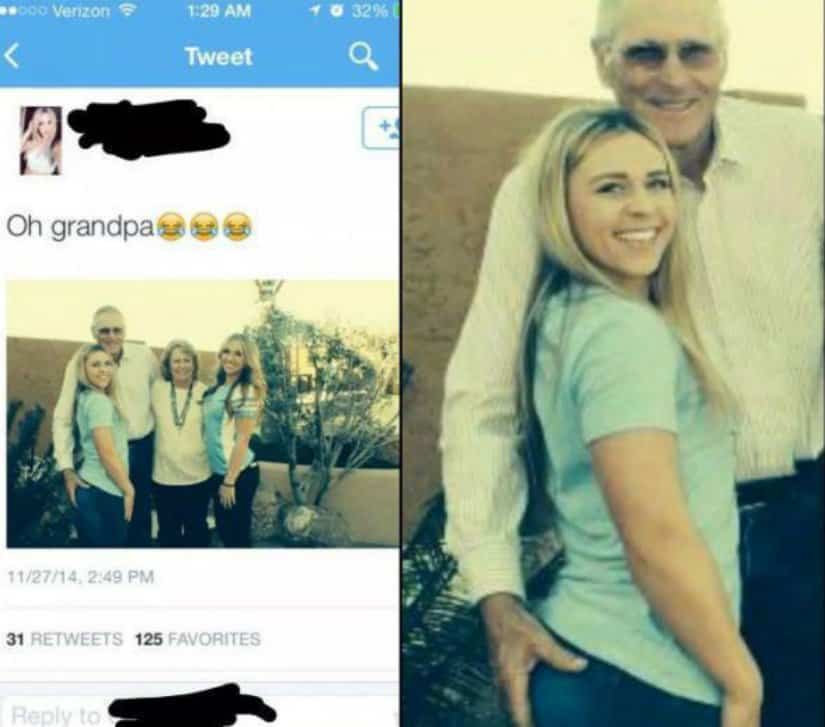 At first, looking at this family photo, you might think that they are just having a good time. However, if you look closely you might notice that the grandpa’s having too much of a good and extremely inappropriate time! 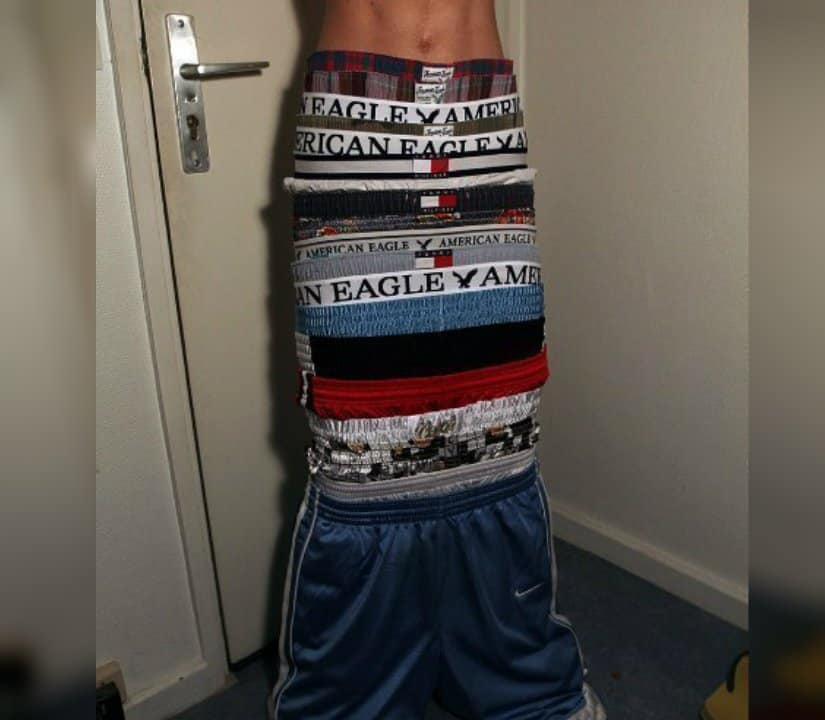 For years now, gangster’s fashion has been changing. We hope that this thing is just one photo and will not become trendy! 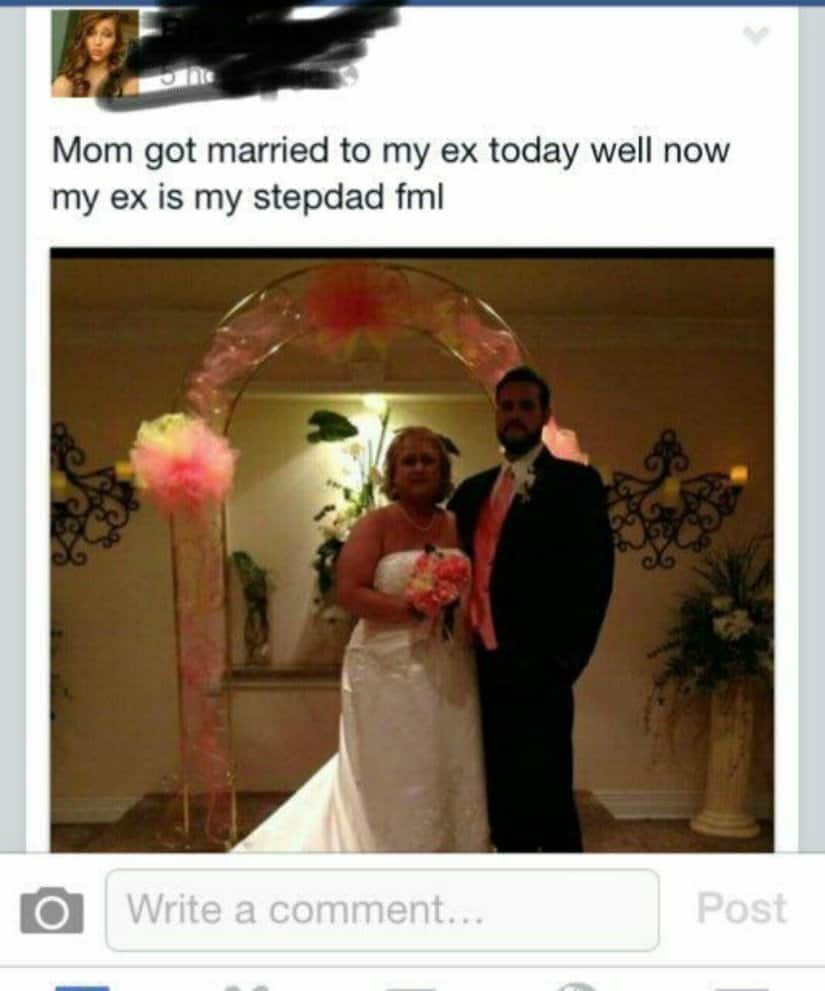 This guy either hates his ex so much that he has married her mother or truly found the love of his life. 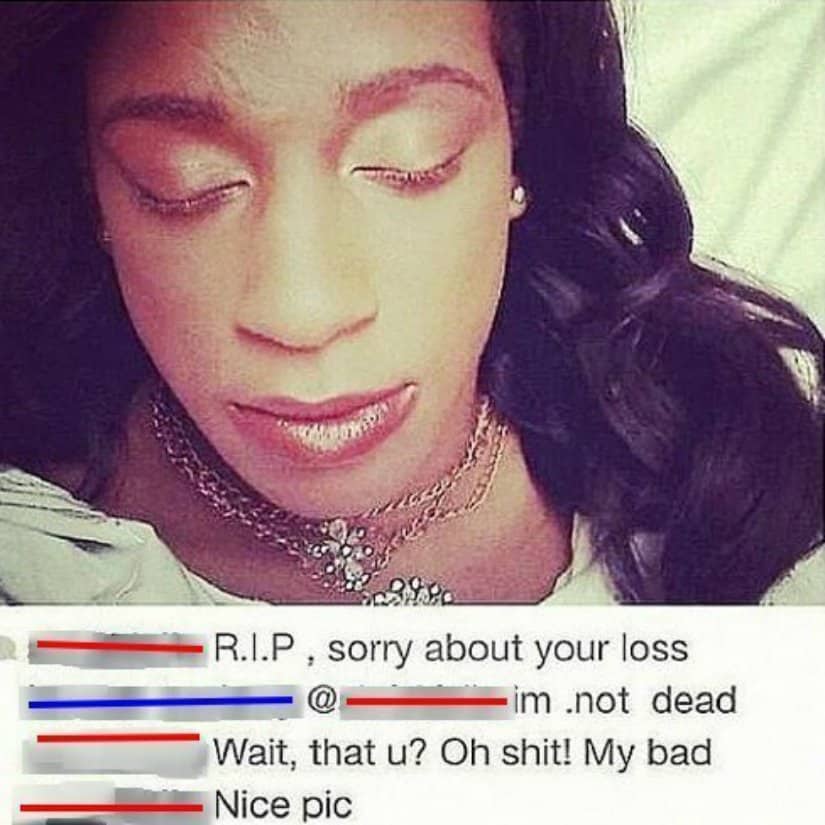 It’s weird to take photos of yourself looking like you are sleeping, especially if you have a ton of make up on, because the result can be similar to the one pictured above! 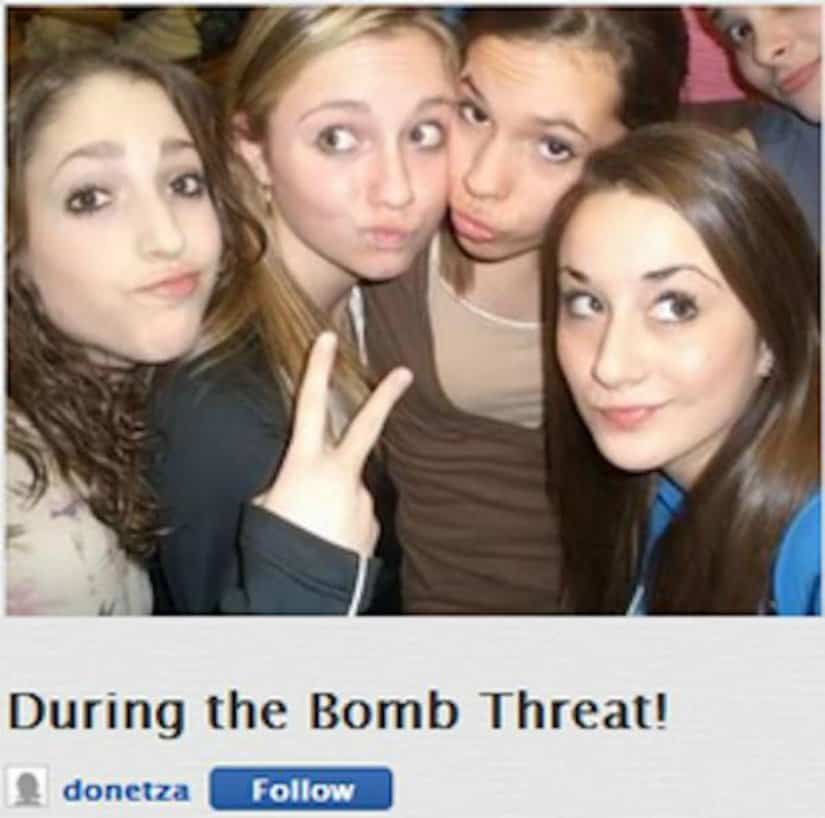 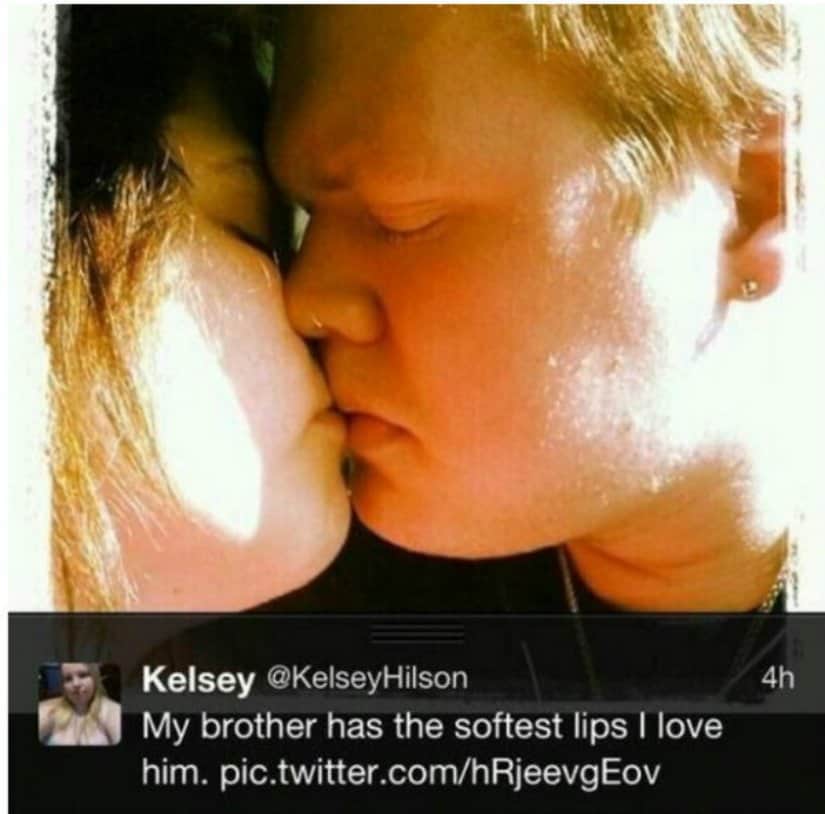 At first you might thought that these two are a romantically involved couple. Well, it turns out they are brother and sister. Weird! 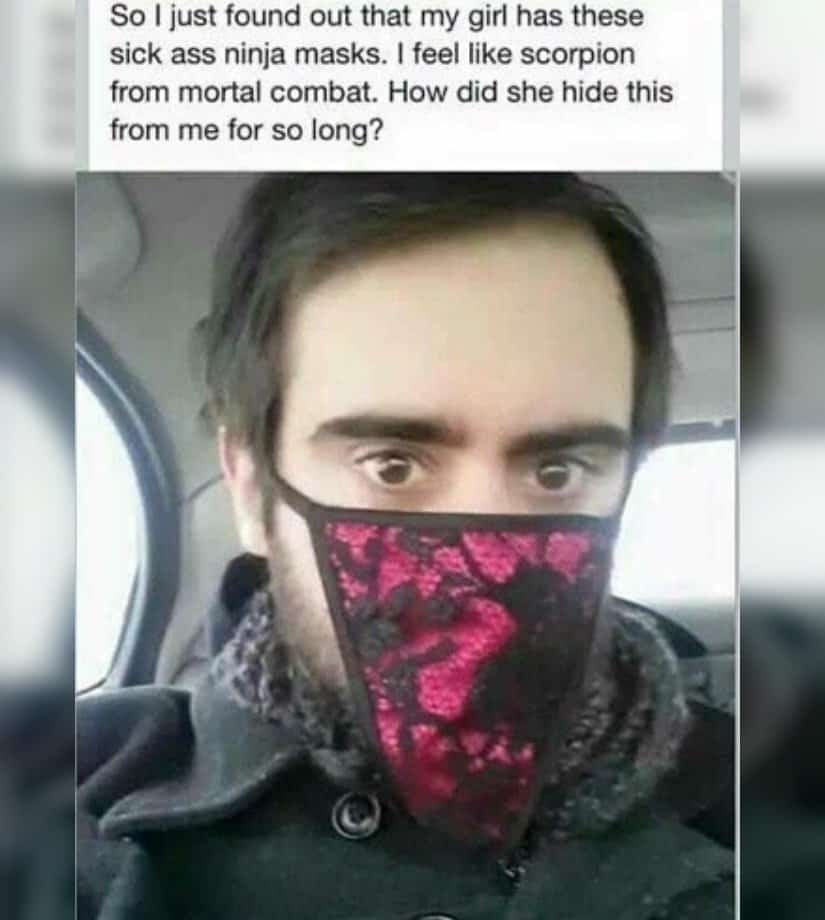 We are not sure whether this man is just trying to be funny or he truly believes his statement. However, there is definitely something wrong with putting on your girl’s panties on your face and publishing the photo online, no matter what the caption is!

Quiet in a Library 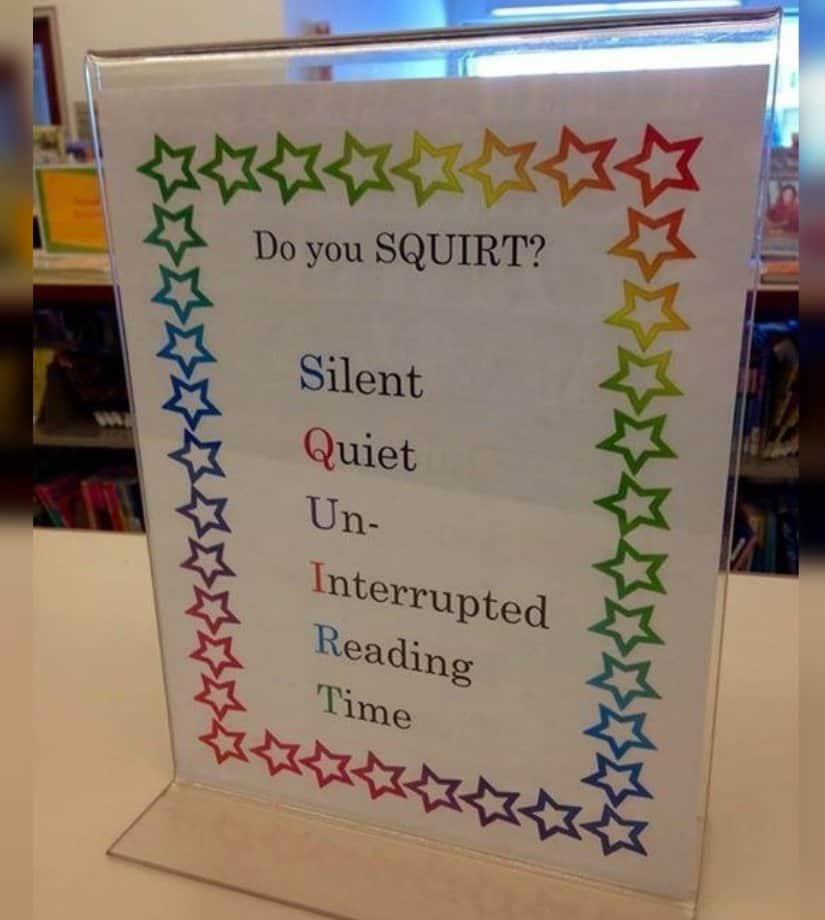 There are a ton of ways to ask people to stay quiet in a library and humor is one of them. However, this humor is definitely of the adult-type and not quite appopriate for a public building visited by children every day! 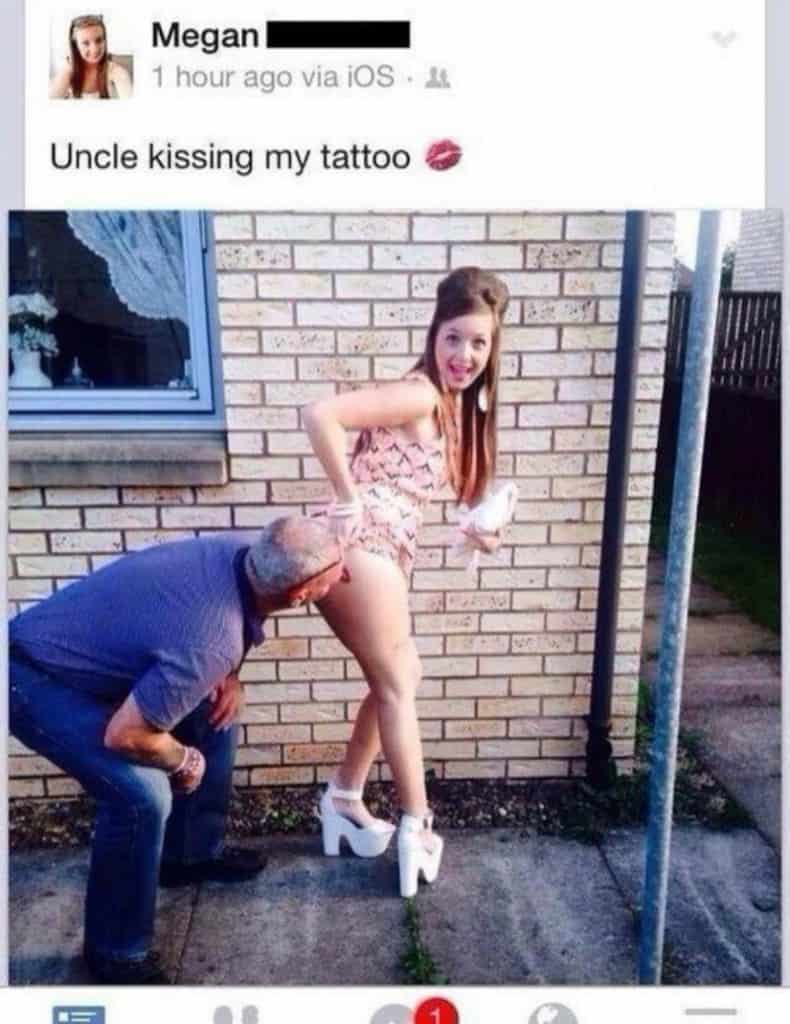 There is nothing wrong with an uncle kissing a tattoo of their niece or nephew. However, it becomes highly inappropriate and downright weird, when the tattoo is on your butt!

The Girl Wearing a Balloon 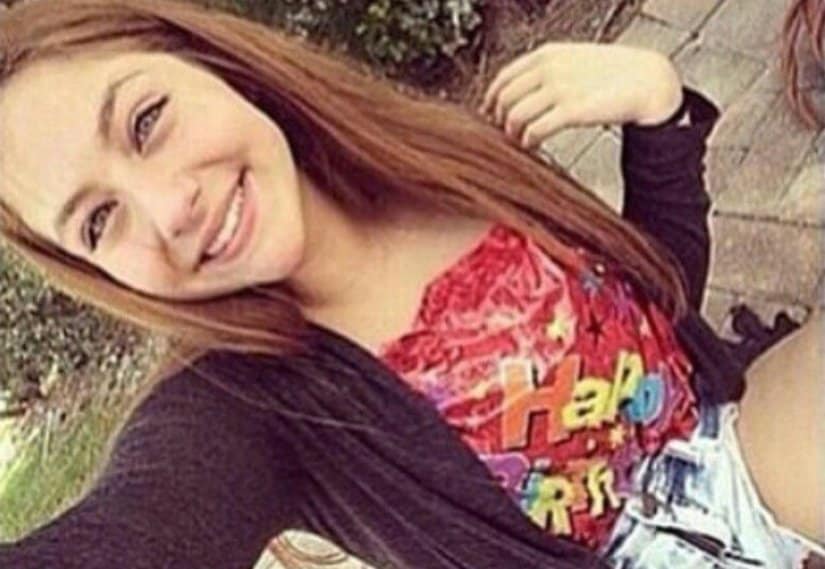 We are not sure whether this is fashion or not, but this girl is definitely wearing a happy birthday balloon instead of her top, in public!