Being in debt and having numerous legal charges is never the best thing for anyone, but faking your death to get out of them, that’s just ridiculous. It’s crazy finding out that people have actually done this and continue to do it, but in the end it’s never really worked out for them. They always get found by the police and have to face their charges and debts. Check out this list of 10 people who tried to fake their own deaths and failed. 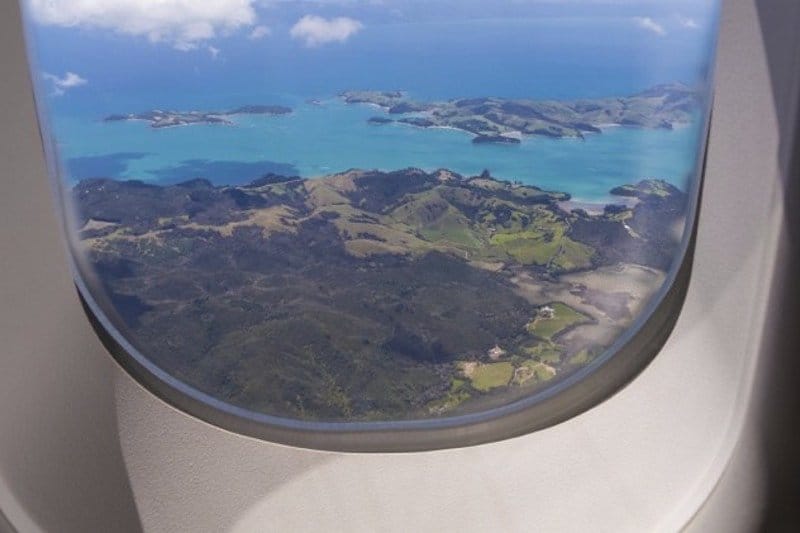 One-time multimillionaire businessman Harry Gordon disappeared on a boating trip near Sydney in 2000, he was presumed dead as they had couldn’t find his body. But in 2005 it was found that he had taken a rubber dinghy and hid in Sydney. Gordon remarried in 2005 and after their honeymoon, his first wife decided to call the police to tell them that she had known what had happened to him, she was then arrested and sentenced to five months of house arrest for pretending he was dead. Gordon spent a year in prison, after a year of being out of prison he published a book called “The Harry Gordon Story: How I Faked My Own Death”. 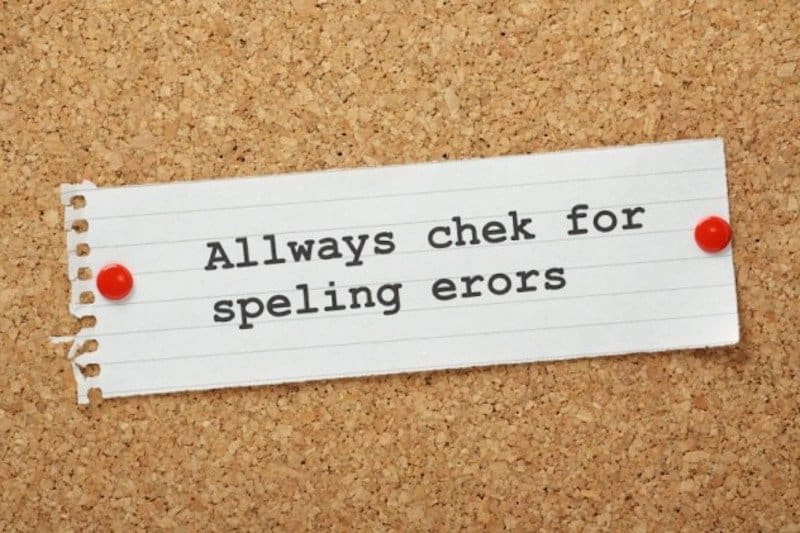 In 2010, Michael Rosen was due in court for driving with a suspended license. Instead of going to court as himself, he pretended to be his brother and say that Michael was actually dead, handing a death certificate to the judge. After much investigation, the police found that Rosen had just found a death certificate template online and filled in his own information. He was then arrested, convicted and sentence to three years imprisonment. 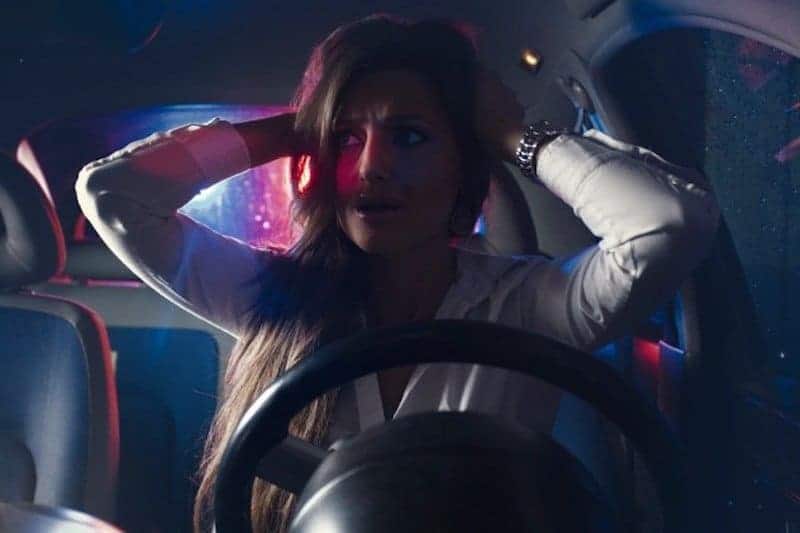 Due to be in court for traffic violations in 2005, Kimberly Du’s mother handed a letter to the judge claiming that Du was dead. Judging by the letter they believed Du to have died in a car crash early that month and her charges were dismissed. Exactly a month after her supposed death, Du was stopped again for yet another traffic violation. Du was served with two years of probation and a fine of $500 and was also ordered to get help for substance abuse. 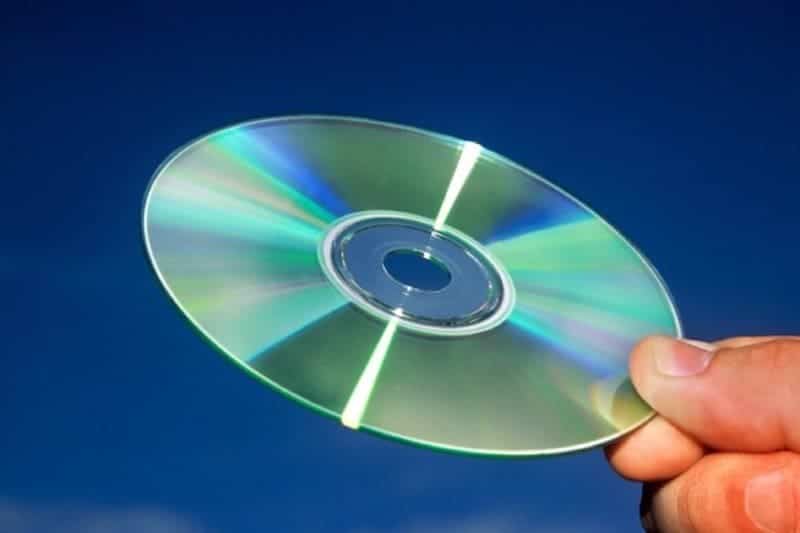 In 2003, Alfredo Sanchez came up with an idea to rack up a ton of credit card debt and take out a £500,000 life insurance policy, he then moved to Ecuador by himself, leaving his family behind in England.

After he moved, his wife had told his employer that he had died and had been cremated. She then gave a death certificate. This worked and everything went great until 2007 when someone had decided to use a staff discount card given to them by Sanchez, this got the police interested and they began to investigate Sanchez’s death. While investigating, they found that his fingerprints were on his own death certificate, and that he had changed his name to Hugo Jose years before faking his death and had been using this name. In 2010, Sanchez’s wife was arrested and in 2011 he was arrested, his wife was given two years imprisonment while he served 5 years. 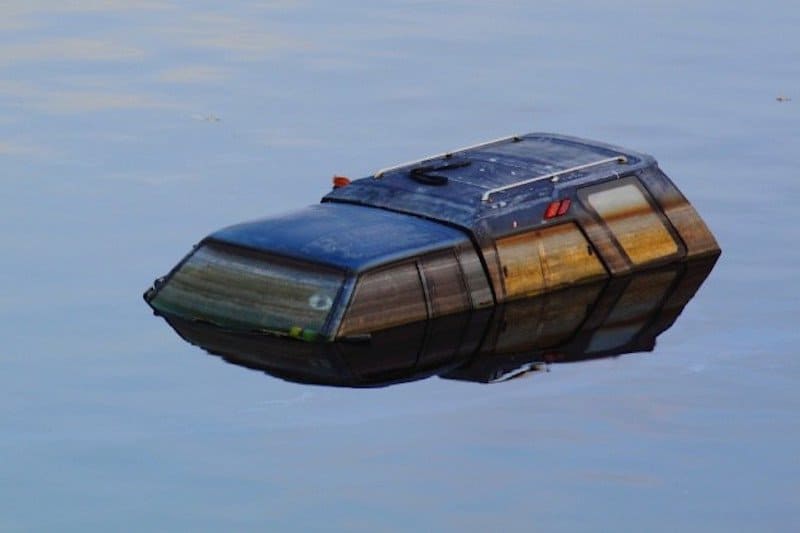 In 1992, James R. Lang having financial problems decided to fake his death on his way to work. He decided to push his car into a river and rode his bike to a pay phone, anonymously calling 911 to report the accident. After finding the car, they found that Lang had left bags of his own blood in the car, saying that he was supposed to cover the car in his own blood but forgot about it before pushing his car into the river. After 6 weeks, Lang went to the hospital where he was found by police. When confronted he admitted to trying to fake his own death and was not charged but was advised to get counseling. 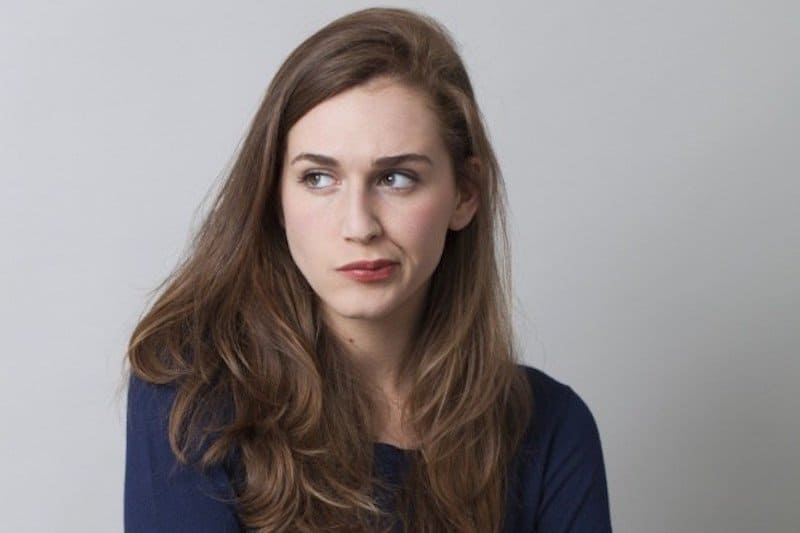 Wanting to quit her church choir, 27-year-old Alison Matera decided to tell them that she was sick with cancer and could no longer be apart of it. She then went on to tell them that she was receiving treatment and would only show up to church every now and then. In 2008, a year after claiming that she had cancer, the church got a call saying that Matera was dead, they then got another call from someone claiming to be her sister, saying that her body was being sent to her parents and they would have to do a memorial without her body. After having a memorial service for Matera, the police were called and she was found alive and well in her apartment, she claimed that she had just faked her death as a way to get out of the choir so not to hurt anyone’s feelings. 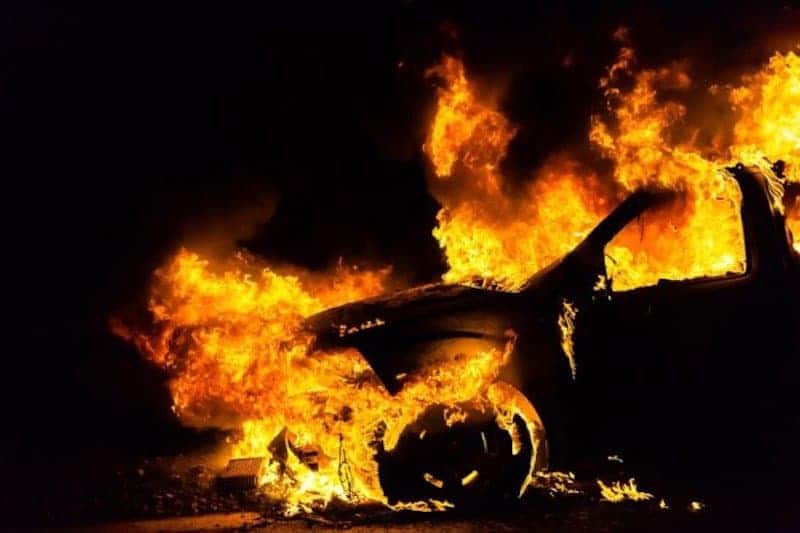 In 1984, a body was found in a burned car on a rural road in Madison County, Mississippi. The police found that the car had belonged to a man by the name of Edward Cates, they assumed that it was his body as he had gone missing around the same time, three days later he was given a military burial. After many money orders being sent to Mrs. Cates, she called the police and they had found that the man who had purchased the money orders matched the identity of Cates. Less than 2 months after he faked his own death, Cates was arrested. He then pleaded guilty to manslaughter and was sentenced to 20 years imprisonment. 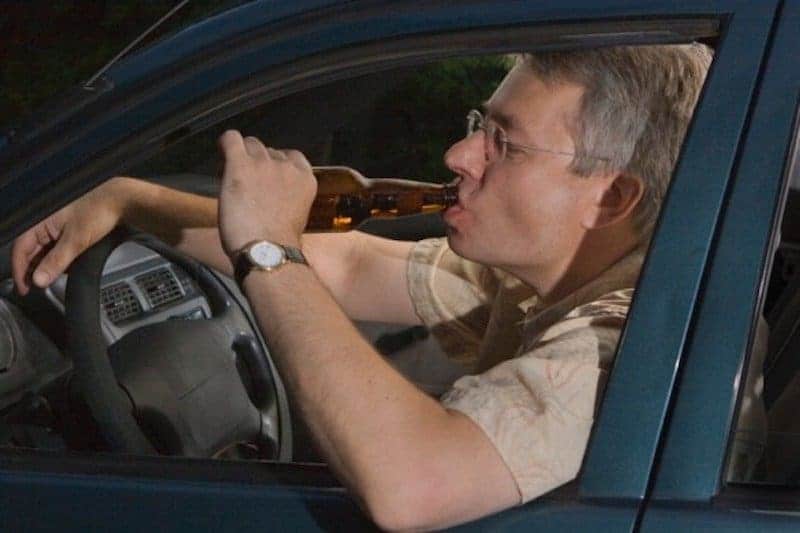 After a suspicion of driving under the influence in 1991, the district attorney who was to prosecute his case received a death certificate saying that Peter Genrty and died.

Gentry was then arrested again for another driving violation in 1994, presenting yet another death certificate, and despite inconsistencies on the death certificate, the charges were dropped. He was again arrested in 1995, and the same thing happened. In late 1995, he was yet again arrested, however this time it was by the same police officer that had arrested him earlier that year. After realizing what was happening, he was given a three year sentence, three years of probation for drink driving and another two for faking his death three times. 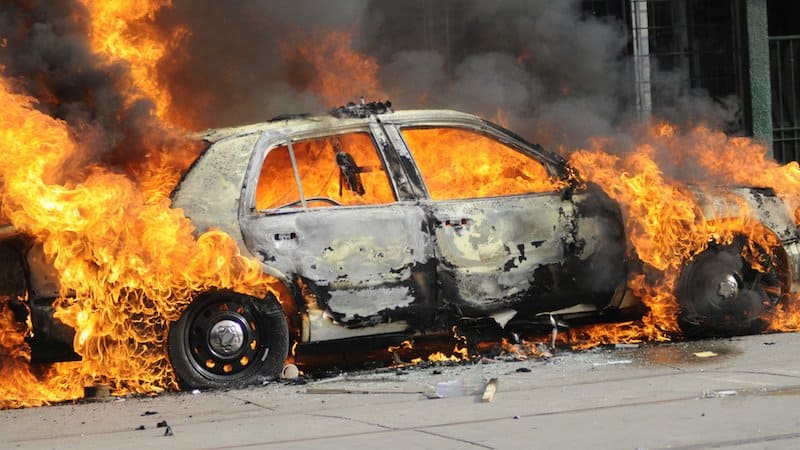 After being sentenced to 30 days in prison and 10 years probation, Clay Daniels’ body was found in his burnt car. He had supposedly drove his car off a cliff, and his body was so badly burnt that the only way to identify him was by his shoes, necklace and a pin he wore on his hat. Inconsistencies of the crash led police to believe that it wasn’t Daniels’ body.

After 5 months, DNA test results of the body came back and it was proved to not be Daniels’, and was found to actually be a woman’s body. Daniels’ wife, Molly, was found to have been having lunch with her new boyfriend, Jake, whom looked a lot like Daniels.

The police investigated more and found that it was in fact Clay Daniels, both him and his wife pleaded guilty to manslaughter, Mrs. Daniels was given 20 years imprisonment and fined $10,000. Daniels was sentenced to 30 years in prison and another 20 years for sexual assault charges that he didn’t receive in 2004. 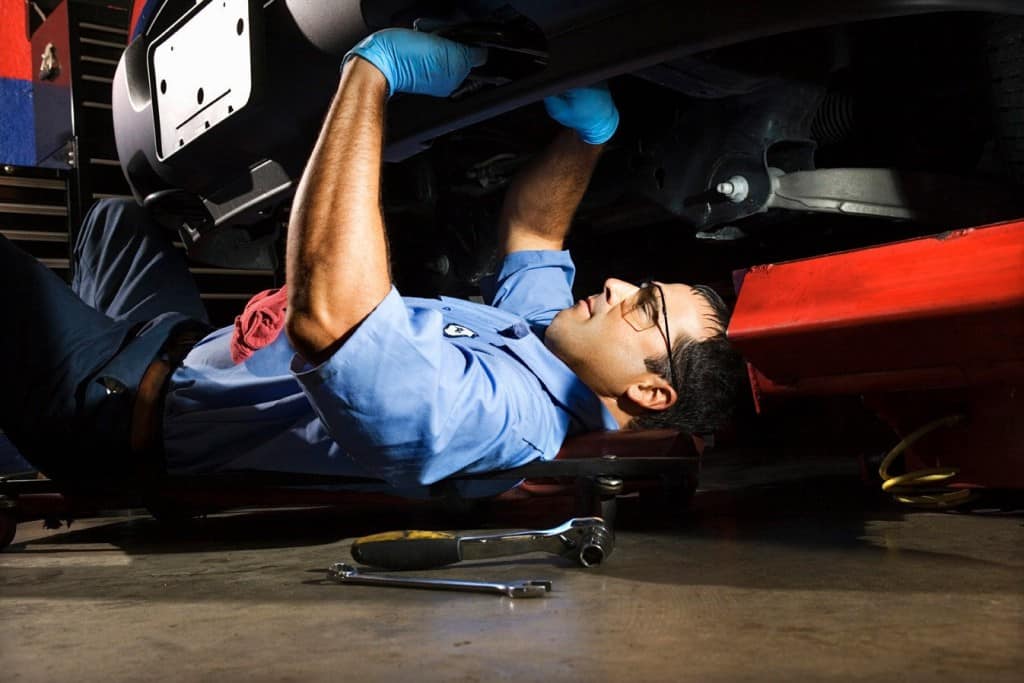 After a day and a half of supposedly dying under a truck in his own garage, Ari Squire was found to not actually have died but instead killed a new employee, Justin Newman. Squire’s wife was confronted and claimed that she had nothing to do with it, but tipped her husband off about the police looking for him and knowing about Newman. She was sued by the Newman’s family and they won $6 million. It was found that he had faked his death because of legal problems having to do with medicare, he was then forced to repay $189,000.