Social media is good for all kinds of things and some of those things can truly help change the world. Social media can lead to finding people they hadn’t seen for quite some time. There are people who have been able to put a smile on a person’s face because they didn’t think anyone cared, or no one cared about them. On other times social media is a real problem if it can be used the wrong way. Dumping someone is one of the key ways that social media has been used in the last few years and it’s never pretty. People’s feelings get hurt, fights break out and people are incredibly embarrassed. Unfortunately, it’s also sometimes funny. Check out these classic examples of 10 people who got dumped on Facebook and let us know if this has ever happened to you.

Jokes Can Lead To Ended Relationships 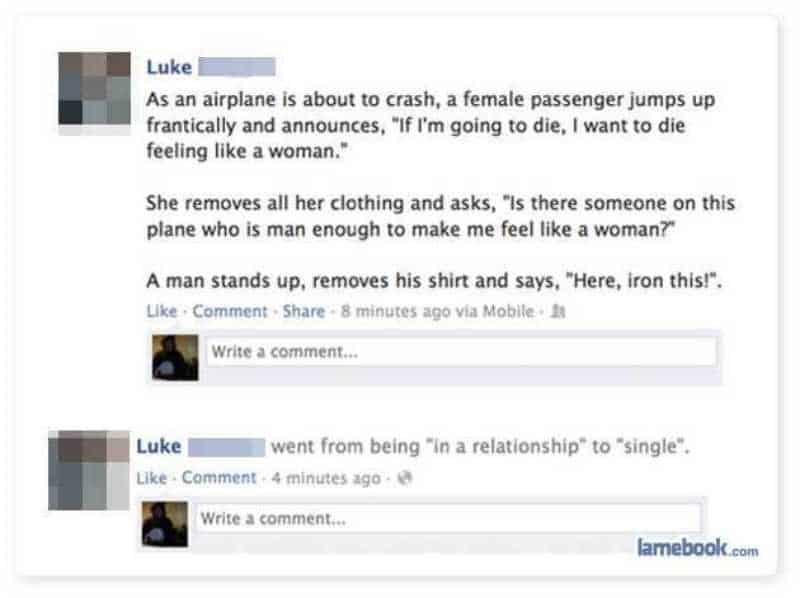 When you are in a relationship with a woman, you might want to run your most sexist jokes past that woman first. By doing that you might still be in the relationship. Check out how fast his relationship status changed.

There are certain people who need to get off social media more. When you are updating your status before you tell your kids their parents split, you’re one of those people.

At Least She Has a Good Reason?

If there is one reason a woman should break up with someone, it would be to make sure they stay healthy. It still seems like there would have been better ways to tell him.

Comparing your now ex to a disease is a new kind of low.

That’s Just About The Worst Way To Break Up

This guy literally had no idea he was going to be the victim of a breakup. That’s a terrible way to find out. 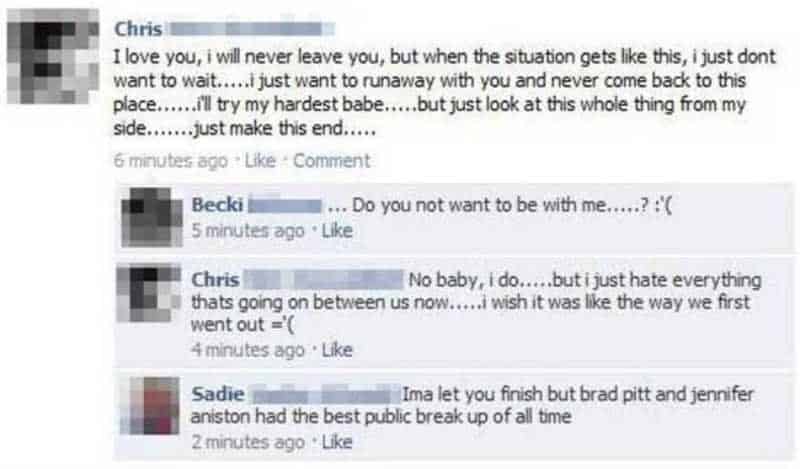 We have a feeling this couple’s friends are kind of tired of their drama.

There Are Worse Reasons For Divorce

We kinda want to slap the guy who was complaining about his wife divorcing him, after he had sex with her sister. 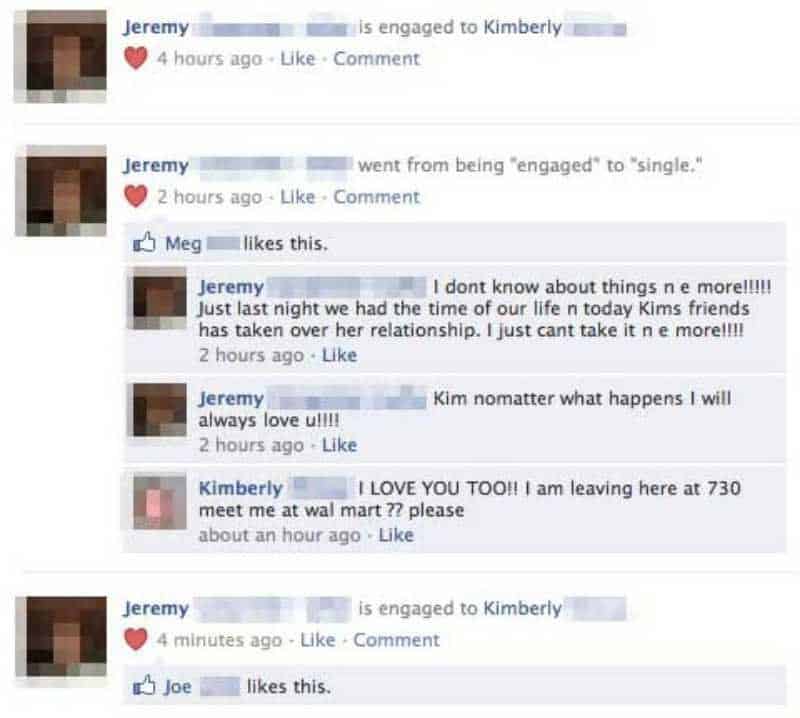 At least this story had a happy ending. Right up until the next time he feels the need to dump her on Facebook again.

Perhaps Further Reflection Is In Order 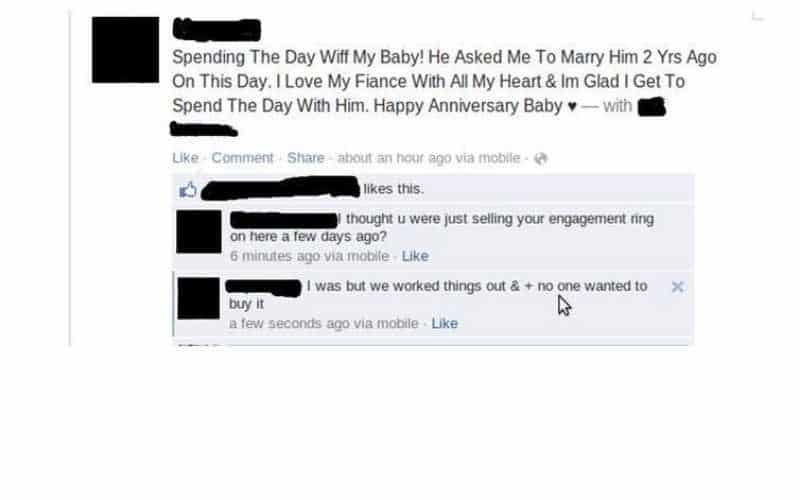 At least this couple fixed things. Thank god she couldn’t make any money.

No Better Way To Tell Your Friend Than A Poll 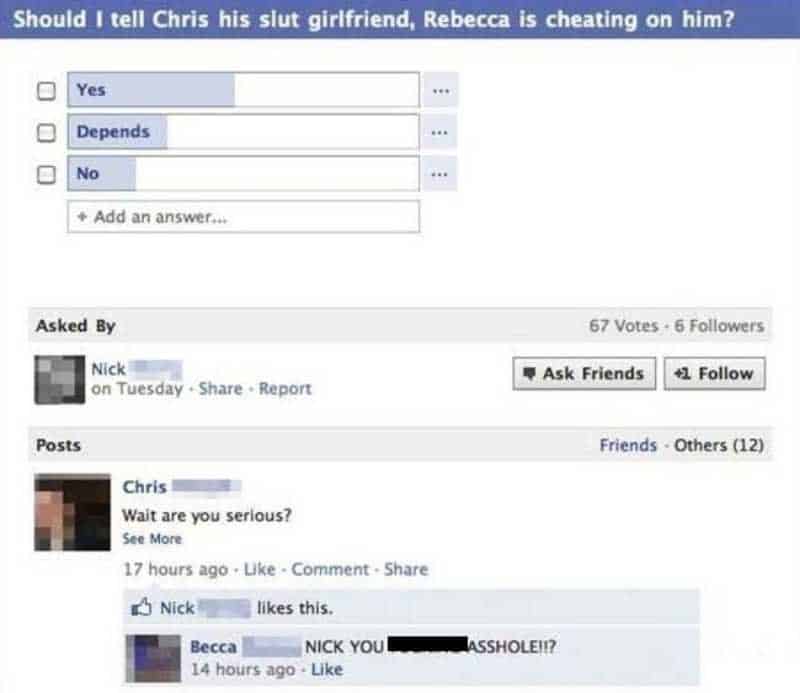 The best part and the saddest part of this poll, is that the girl pretty much admits the poll question is true.