10 Of The Most Terrifying Sinkholes To Ever Appear

Sinkholes are absolutely terrifying. Basically, the Earth rips itself open and begins to swallow anything on the surface that it deems unworthy. Thousands upon thousands of people have lost their lives when a sinkhole opened up underneath their feet. Cities have lost entire blocks of houses and businesses when the foundation crumbled underneath. It is truly nightmarish. Here are ten of the most terrifying sinkholes to ever appear across the world, and hopefully no more of these gateways to hell form. 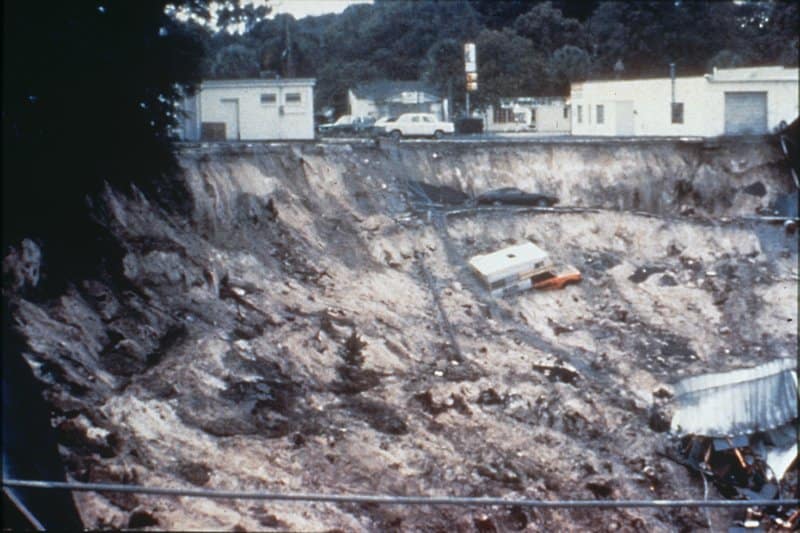 The sinkhole to rip open a neighborhood in Winter Park, Florida, cost over four million dollars worth of damages when it occurred. People around the world banded together in an effort to help those afflicted. The hole eventually measured 90 feet deep and 320 feet wide. 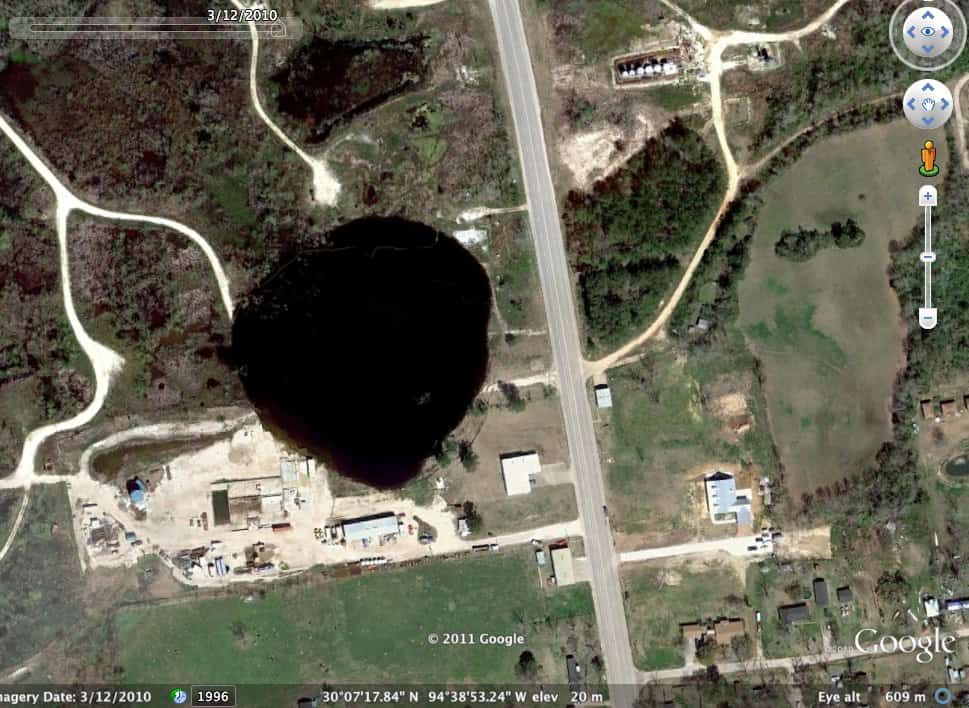 The sinkhole that opened up in Daisetta, Texas, grew from over 20 feet across to over 600 feet wide and 150 feet deep. The well-documented sinkhole was broadcast worldwide after it threatened over one-thousand people in the small town. 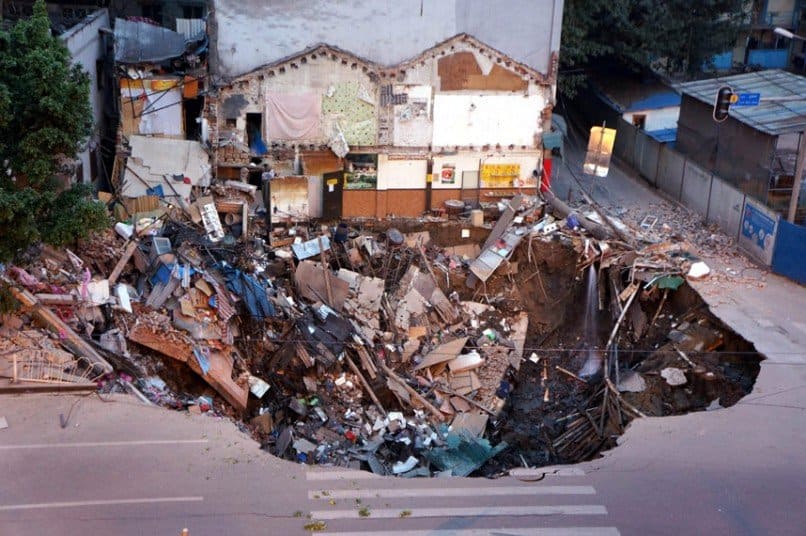 Guanghzhou, China, was hit with a particularly bad sinkhole, but fortunately this sinkhole did not harm any individuals in the catastrophe. The hole opened back in January of 2013, and destroyed an apartment complex in the city. 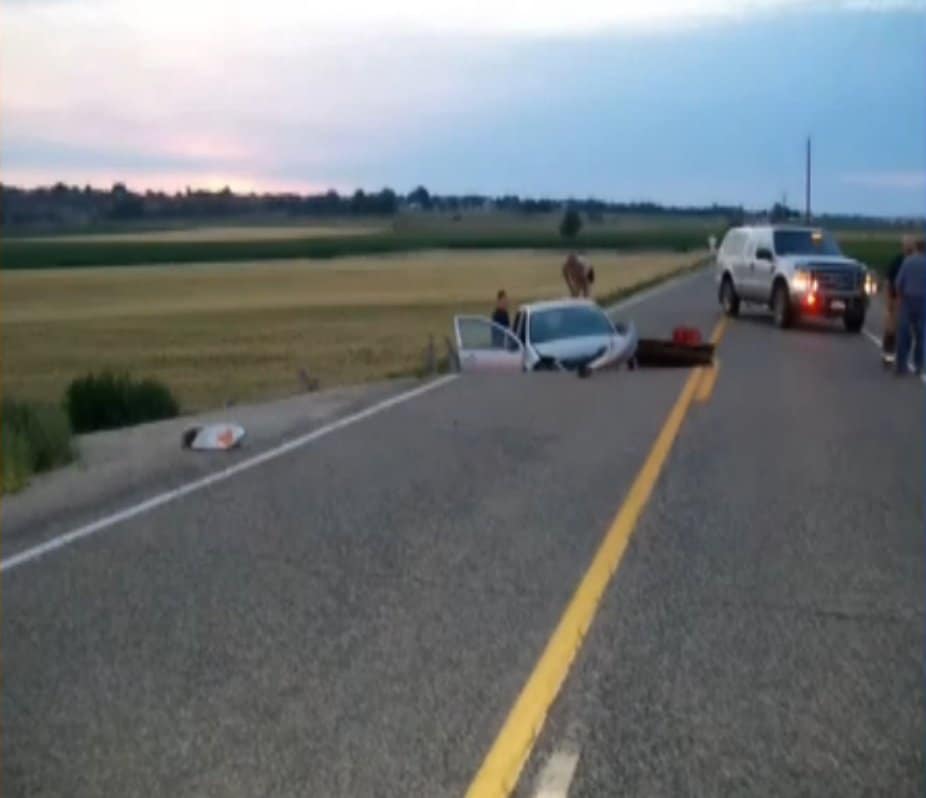 A sinkhole that occurred along the Idaho Highway in 2012 nearly cost the lives a driver on July 14th. The highway ripped open, causing Sonia Lopez, a passing motorist, to drive into the hole. She died at the scene. 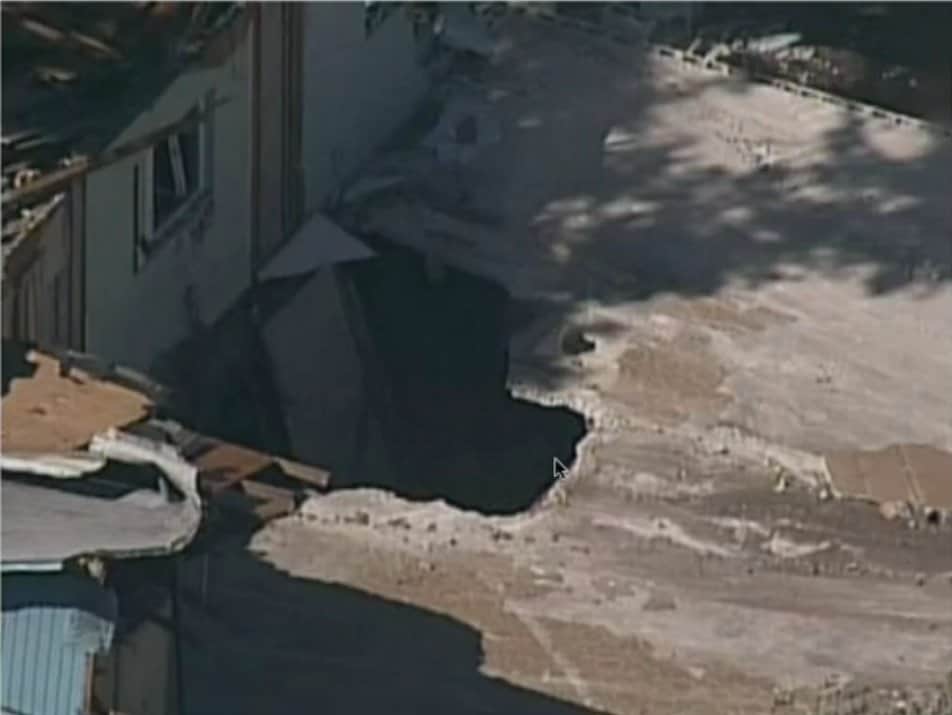 In March of 2013, a terrifying sinkhole appeared underneath the town of Seffner, Florida. The hole was said to have engulfed an entire building where one man was sleeping. His rescue was delayed after many presumed him dead. 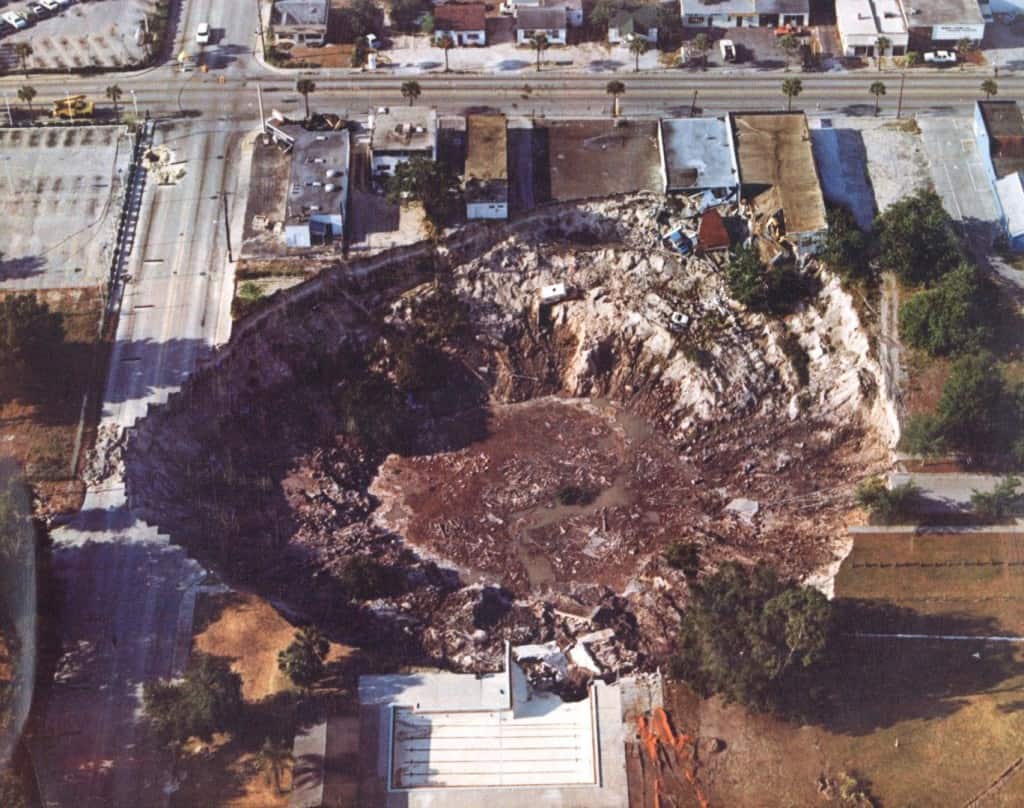 In August of 2012, a sinkhole appeared in Taipei, Taiwan, causing the deaths of a few individuals walking along the sidewalk. The entire city was under attack by Hurricane Saola, which is said to have weakened the infrastructure. 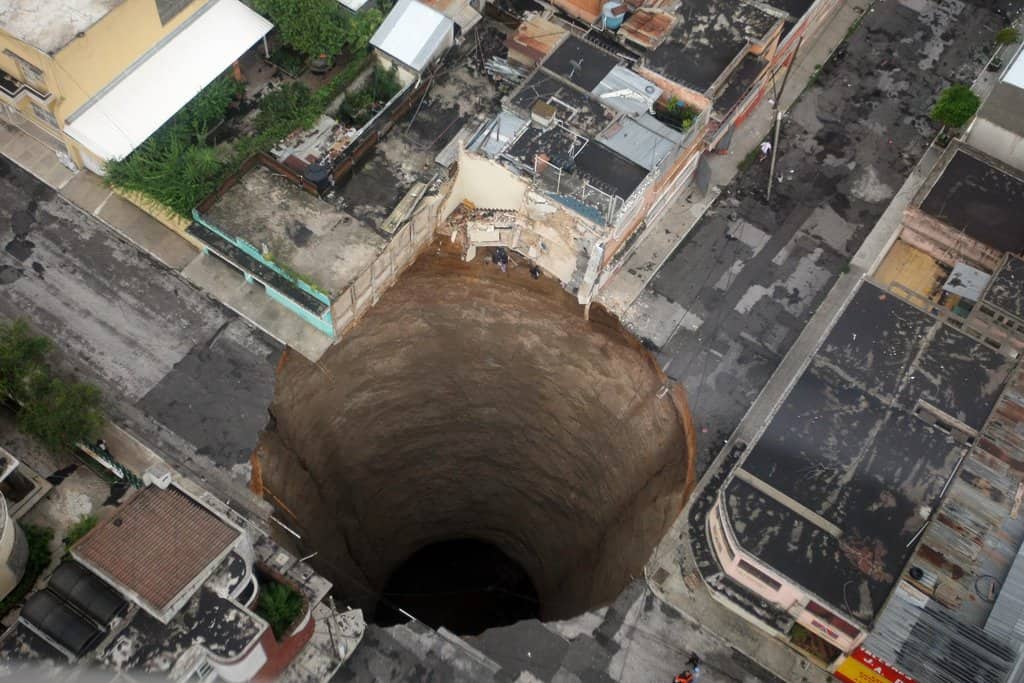 The sinkhole in Guatemala City is considered one of the worst. The ground opened up and sunk inwards up to 330-feet. It was pitch black inside, which made people quite scared. Fifteen people have been reported dead due to the 65-foot wide sinkhole. 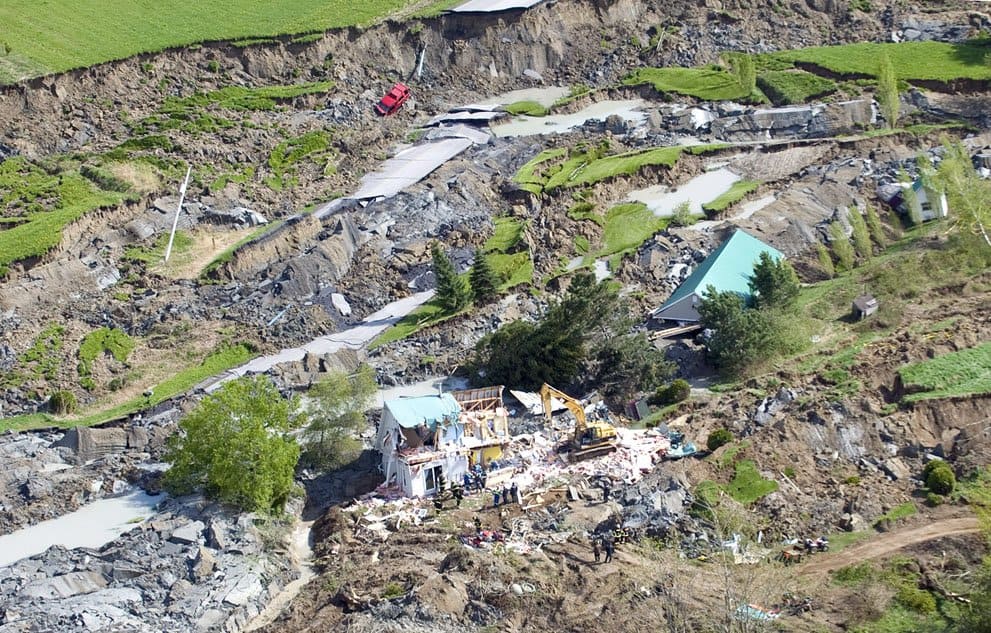 Sadly, there were no survivors when a sinkhole occurred in May of 2010 in St. Jude, Quebec. A family of four had their entire home destroyed when it collapsed inwards. Unfortunately, all members of the family died. 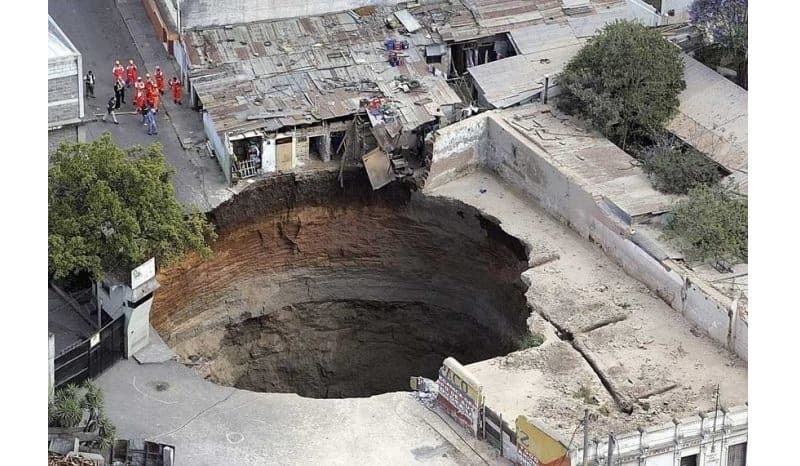 Another massive sinkhole opened up in Berezniki, Russia in 1986. The sinkhole measures a whopping 250 feet long, 130 feet wide and over 600 feet deep. 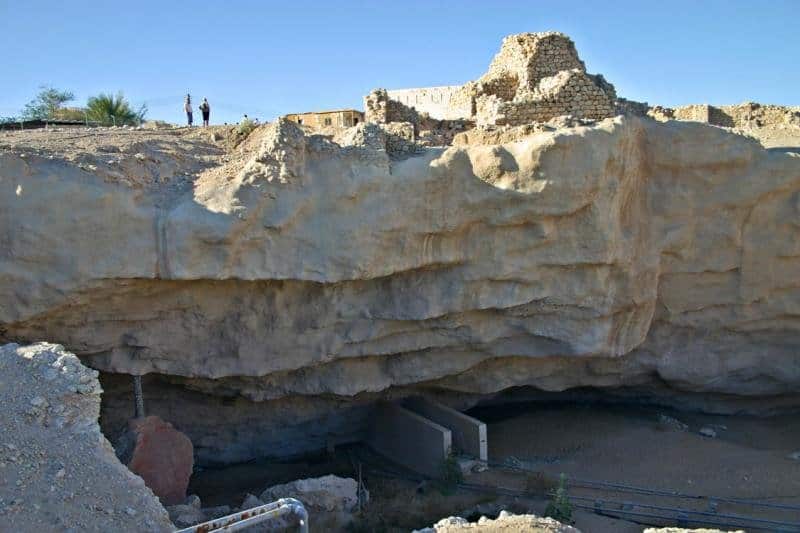 Ubar is known for being a busy trading city nearly five-thousand years ago. After a sinkhole occurred, the city became known as the “Atlantic of the Sands.” Basically, the entire city sunk into the earth due to the underground water supply tainting the land.