10 Of The Most Disgusting Candies Created

Growing up, every single child wanted nothing more than a little bit of candy from the store when their parents took them grocery shopping. We all had a favorite piece of chocolate or fruity flavor, but there were some candies almost no one actually knew about. These were some of the most disgusting and bizarre candies to have ever been created. It is truly surprising that anyone could even stand to swallow a single piece of this candy. Here are ten of the worst candy ideas we’ve come across. 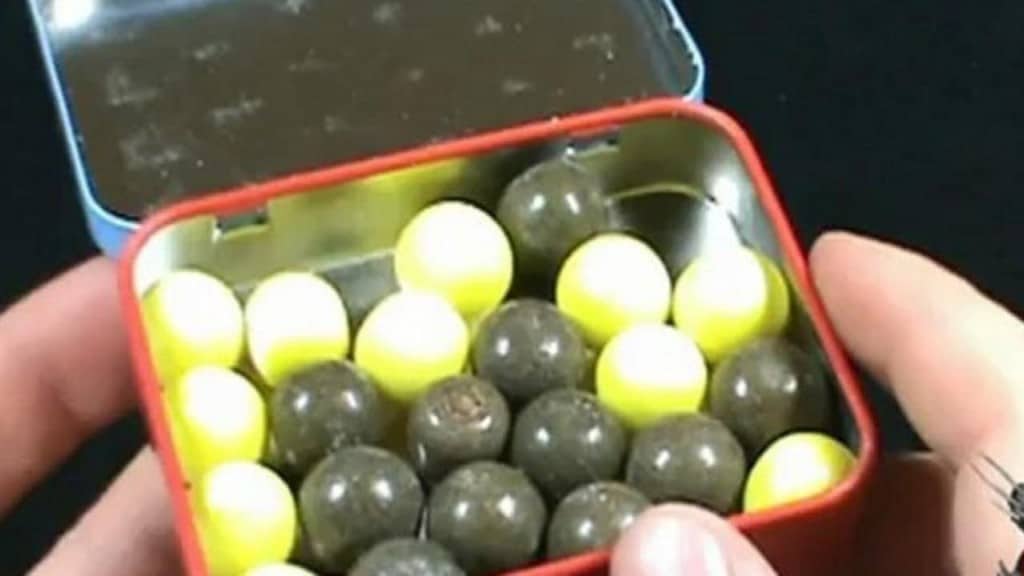 Bubble Gum Hairballs Candy, besides having an incredibly gross and odd name, quickly moved to the list of candy no one ever wants to try. Older women who love their cats more than people quickly took to this one. 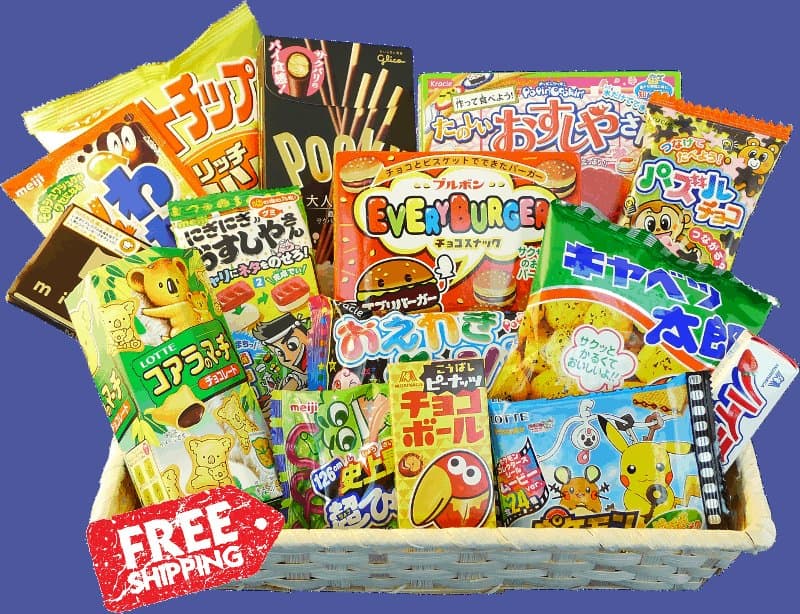 We imagine Curry Flavored Candy was quite popular throughout India and other Asian countries, but most people in the West probably want nothing to do with it. Curry tends to mix well with various meats, but not candy. 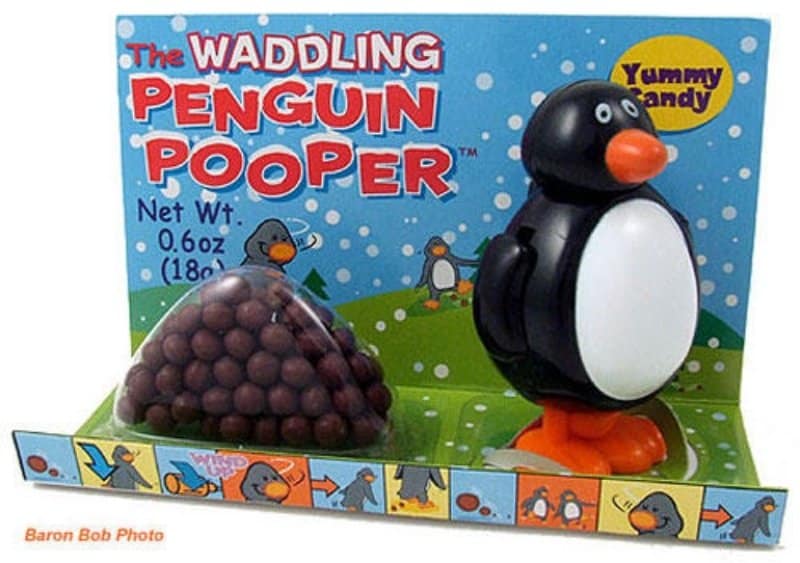 Have you ever wanted to eat little chocolate candies that are shaped like penguin poop? No, well we haven’t either. The Waddling Penguin Pooper Candy dispenses candy straight from its butt, unfortunately. 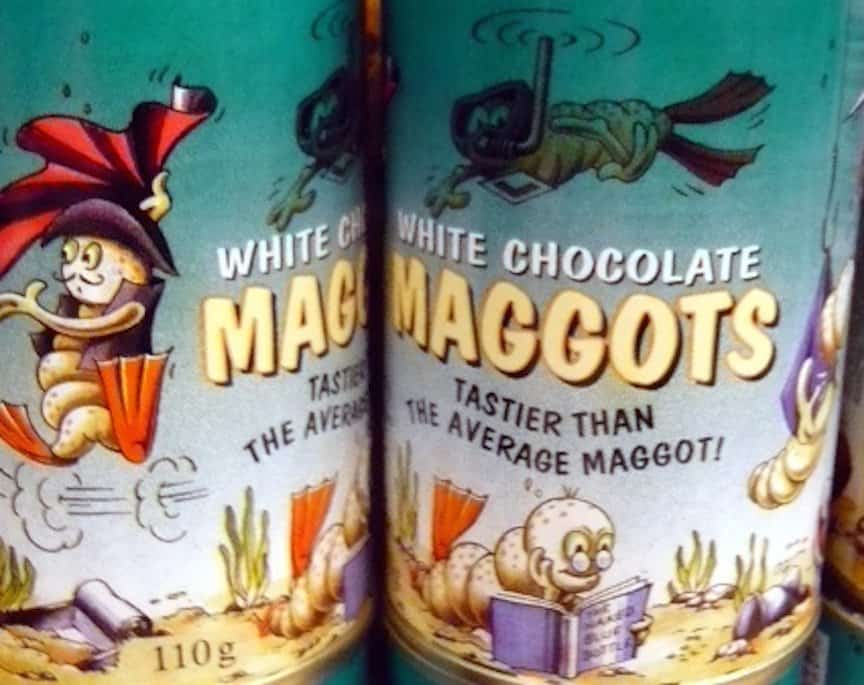 Mm, maggots. Who hasn’t thought to themselves how tasty a white chocolate maggot may be. The White Chocolate Maggots Candy are probably better than the real thing, but the idea of eating a maggot, even in candy form, is horrible. 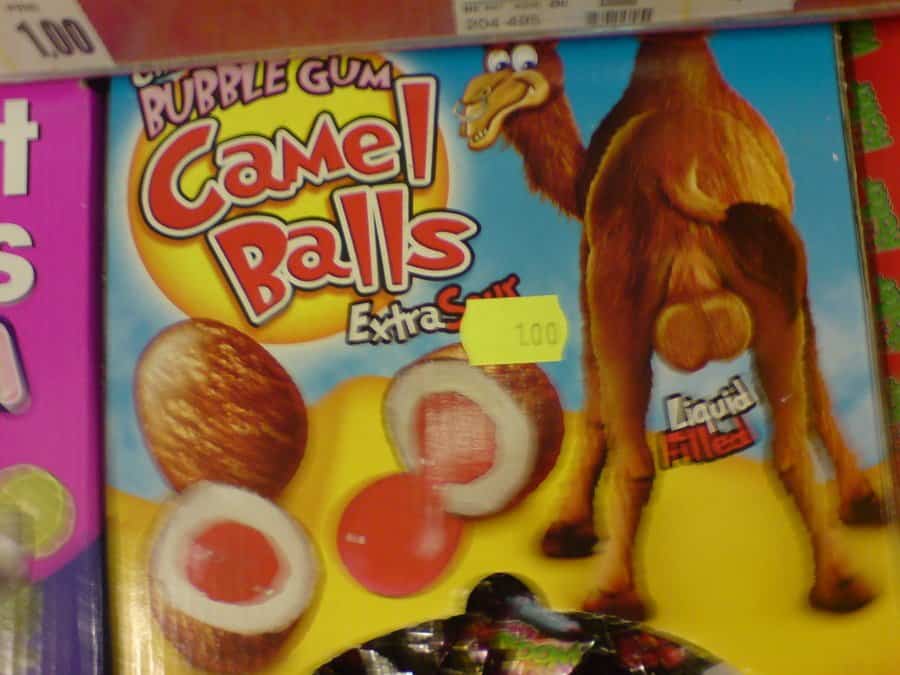 Camel Balls Candy is, oddly enough, shaped like a camel’s ball sack. These round treats are filled with extra-sour liquid. What child wouldn’t want to purchase these gum balls? 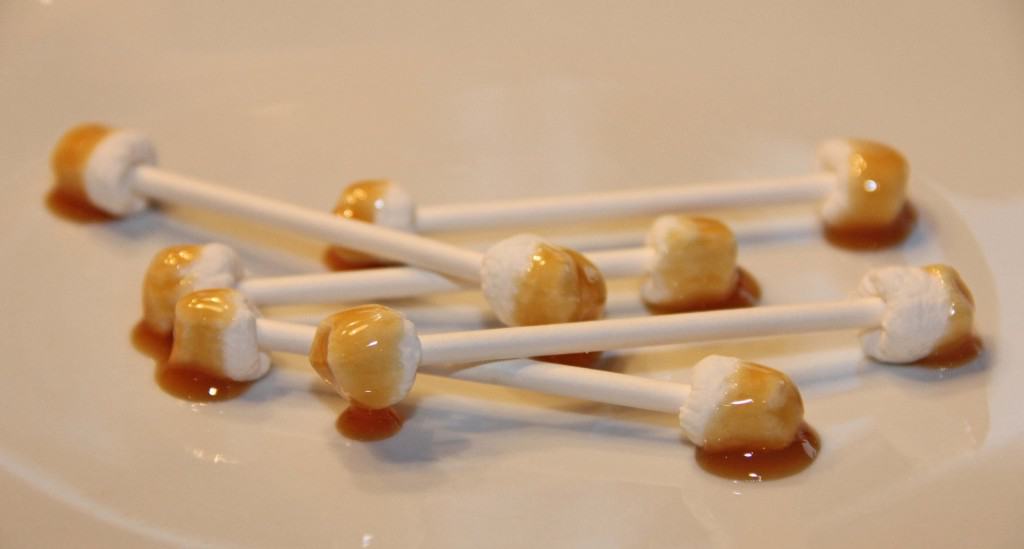 Ear Wax Candy featured a plastic, colored ear-shaped container, plus a little clear plastic pick to grab the candy from inside. The interior candy was grossly colored and looked just like real ear wax. 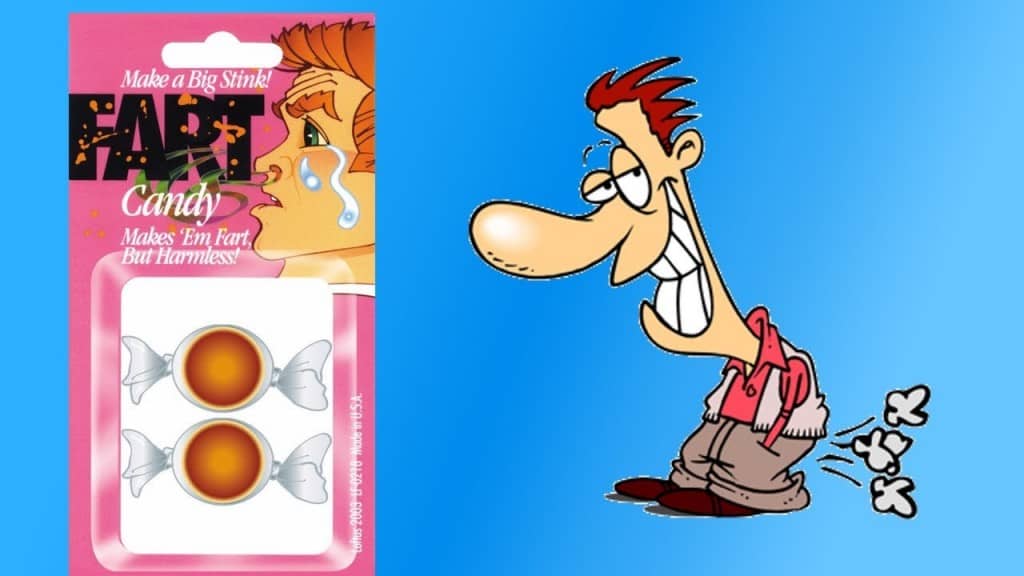 Fart Candy makes you fart, obviously. Farting is said to be harmless, but eat enough of the candy and you may find yourself with some problems down under. The CEO of this candy is probably rich. 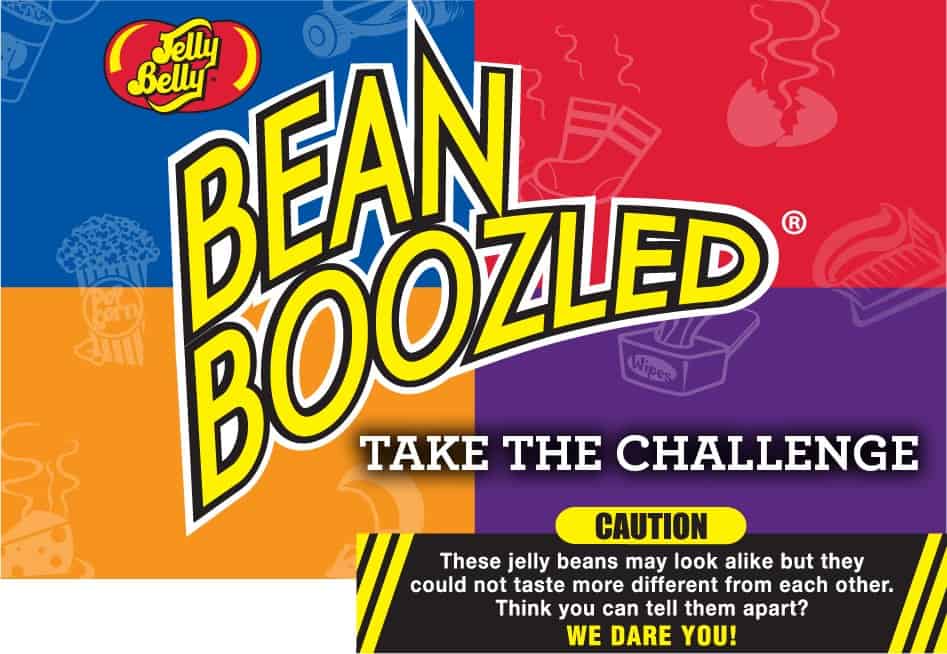 Jelly Beans are incredible, but some flavors are rather gross. BeanBoozled Candy has 10 colors of beans with 20 flavors in total, including moldy cheese and pencil shavings. These are just disgusting. 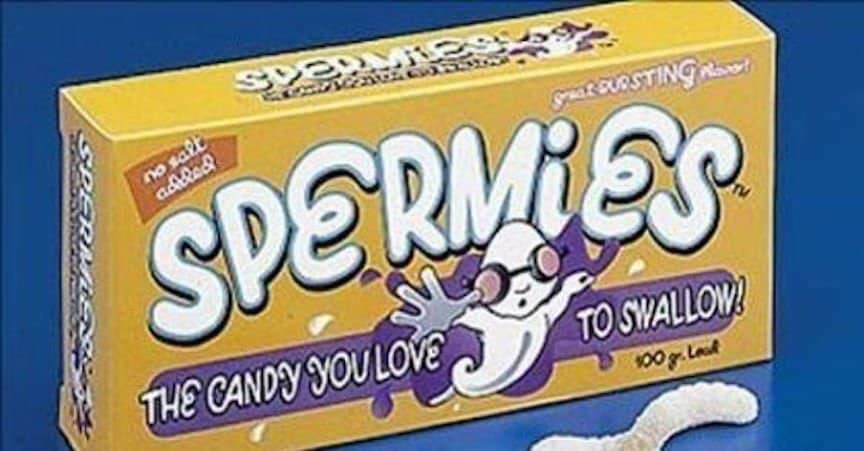 Spermies Candy is something everyone has to swallow, sadly enough. They look more like worms than anything else, but they are still incredibly nasty. Not even a drunk woman at a bachelorette party wants to suck these down. 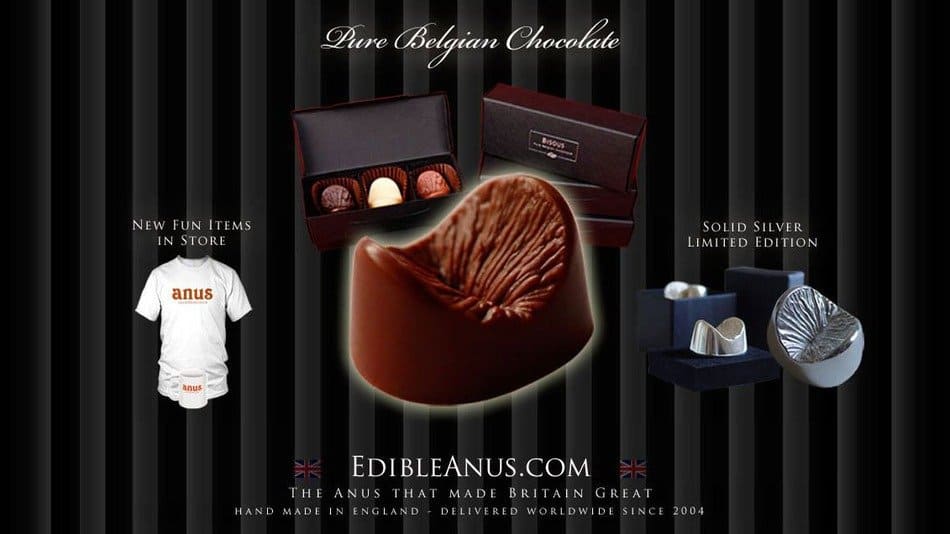 Chocolate Anus Candy is a real thing! The candy piece appears grossly similar to that of a human anus, including the puckered effect in the center. Candy stores probably won’t sell this one on the front shelves.