10 Of The Most Dangerous Foods In The World

When you’re grabbing a sandwich or ice cream sundae, you probably aren’t fearing for your life. After all, food is meant to nourish, energize and sustain us throughout the day. But you’ll be surprised to know that there are foods out there so delicate, so dangerous, that you could become severely ill, or even die, from eating them. So, who would put themselves through this, you ask? Is a meal really worth dying for? Read on to find out what are the 10 most dangerous foods in the world and decide for yourself! 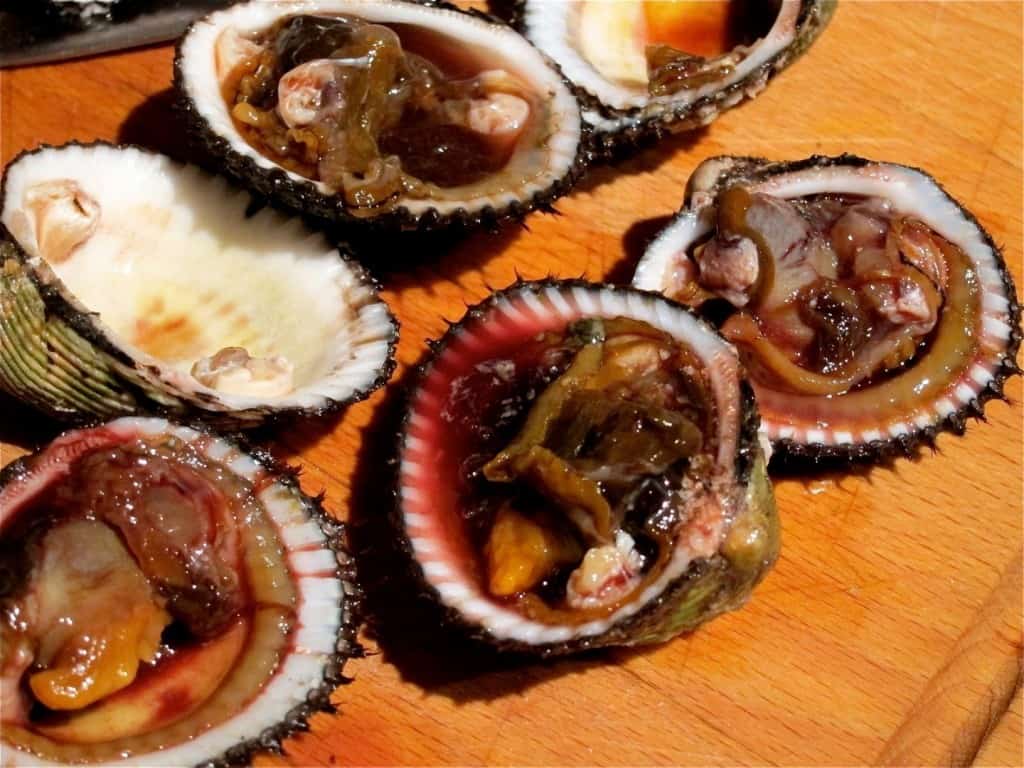 Blood clams are rare, thankfully. Harvested in the Gulf of Mexico, and parts of both the Atlantic and Pacific Oceans, these guys live in deeper waters than the more popular ones on many menus, and exposed to more viruses and bacteria because of it. Hepatitus A, typhoid and dysentry could be your new friends if you’re not careful with these. 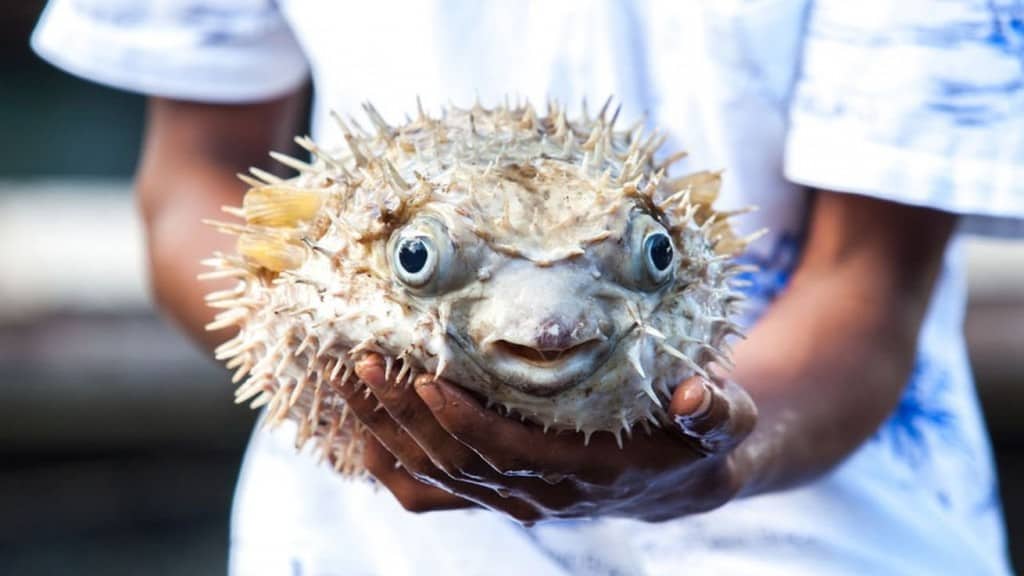 This delicate puffer fish is one for the daredevils. Its liver, ovaries and intestines contain high amounts of tetrodotoxin, a potentially fatal compound for humans. But that doesn’t stop the humans from walking the edge. Some of the more dangerous preparations contain a tiny amount of the toxin (which is more than 1000 times more toxic than cyanide) and gives diners a tingly feeling when they eat it. Too much shuts down your nervous system and paralyses you while you stay alert until you die. 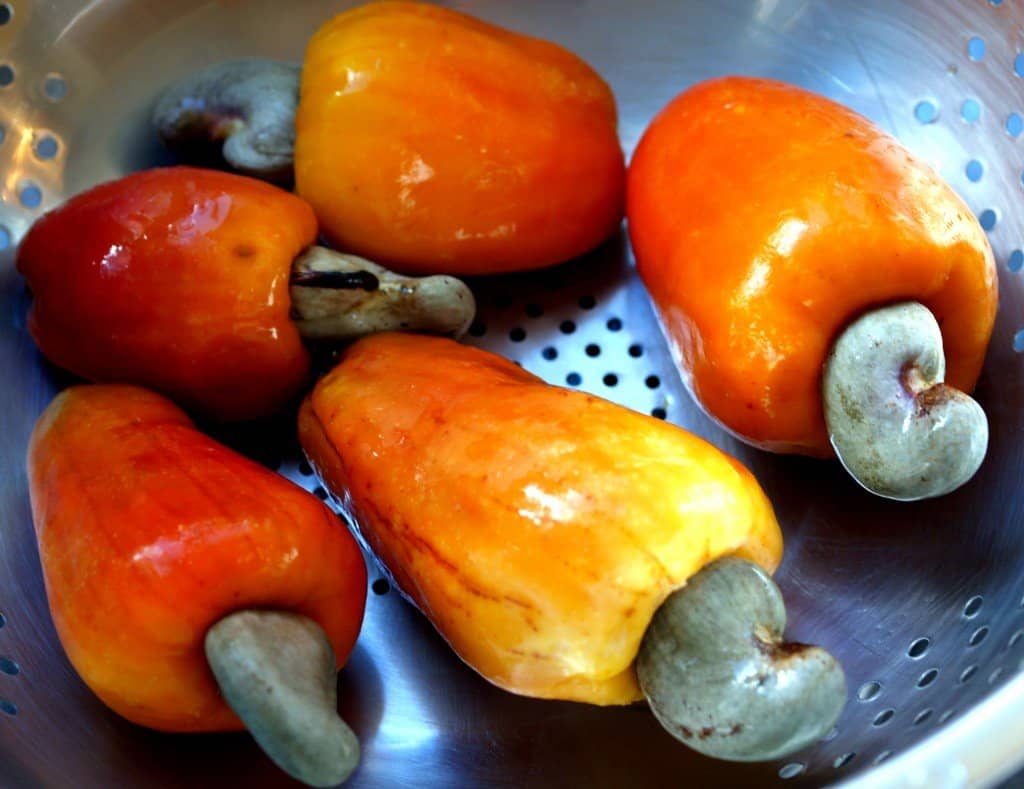 You probably didn’t realize these guys are dangerous. Nut allergies aside, “raw” cashews contain a potentially fatal toxin called urushiol that is most dangerous when consumed in large quantities. So what’s in that bag of “raw” cashews at your grocery store? Those guys have all been steamed to rid them of the chemical. Go ahead, eat all you want! 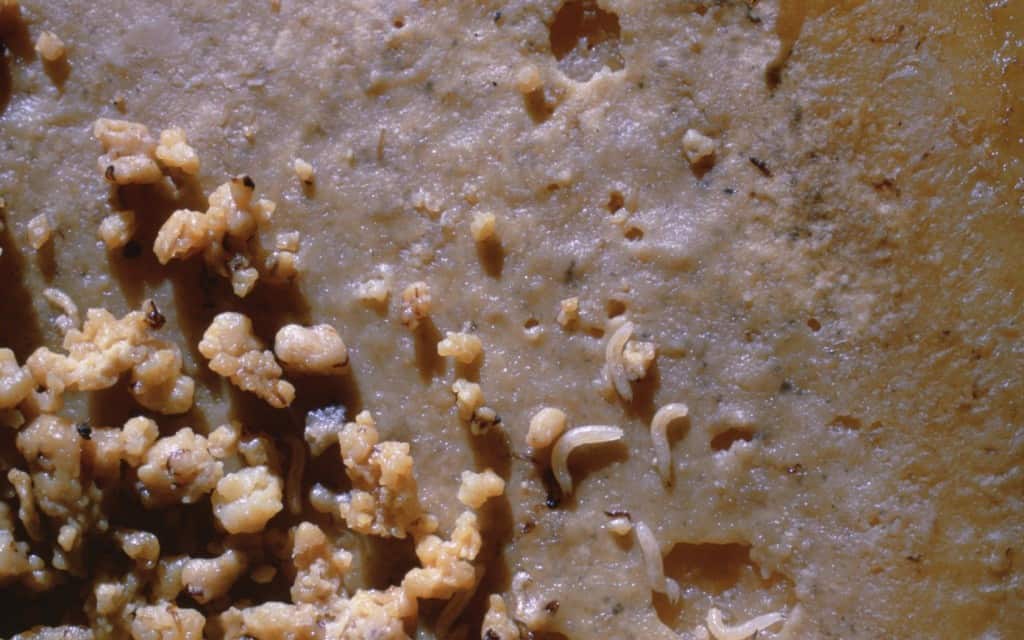 Want to be stuck in your bathroom for a few days? You just might get that chance if you nosh on some Casu Marzu. This Scandinavian tradition involves eating a sheep’s milk Pecorino that contains live, wiggling maggots. They are lethal, but can live long enough to make it into your intestines and bring you to your knees (and toilet). The cheese has been banned by the EU which sounds like a good choice! 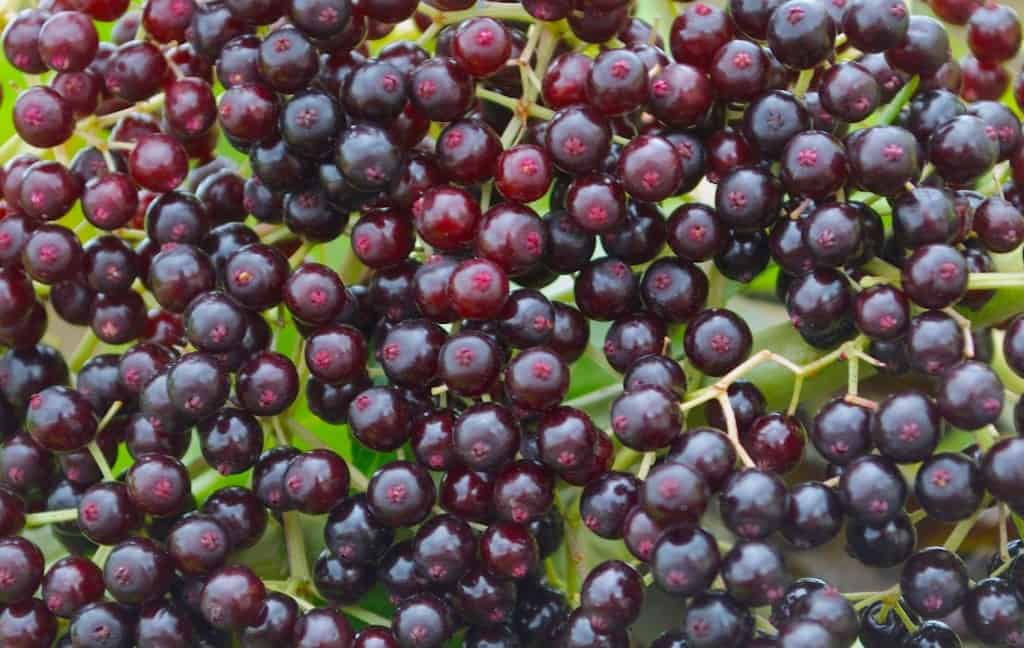 These precious berries are delicious and safe in jellies and jams. They’re also popular in homeopathy treatments and known for boosting the immune system. But the seeds, twigs and leaves can cause nausea and more severe forms of sickness if ingested. 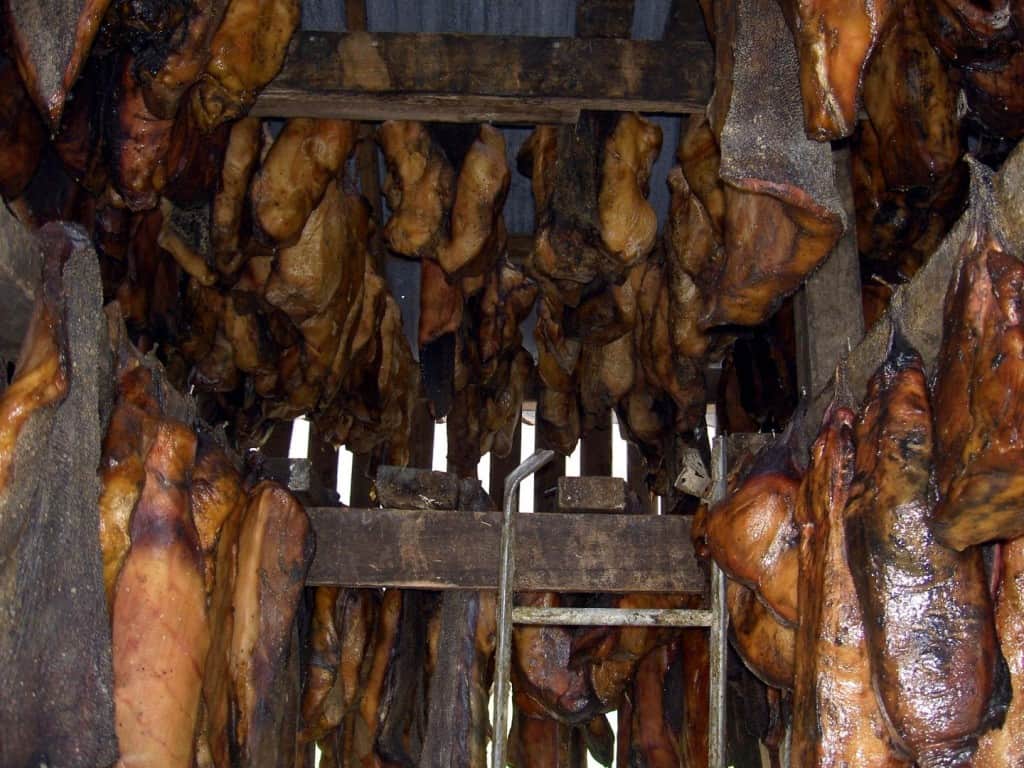 This shark, found in Greenland doesn’t have a urinary tract, so all of the toxic substances and waste are deposited in the shark’s meat (not flushed out). So how is the meat processed to be safe for consumption? There’s a six month process and fermentation to ensure its safety. But would you really take a chance? 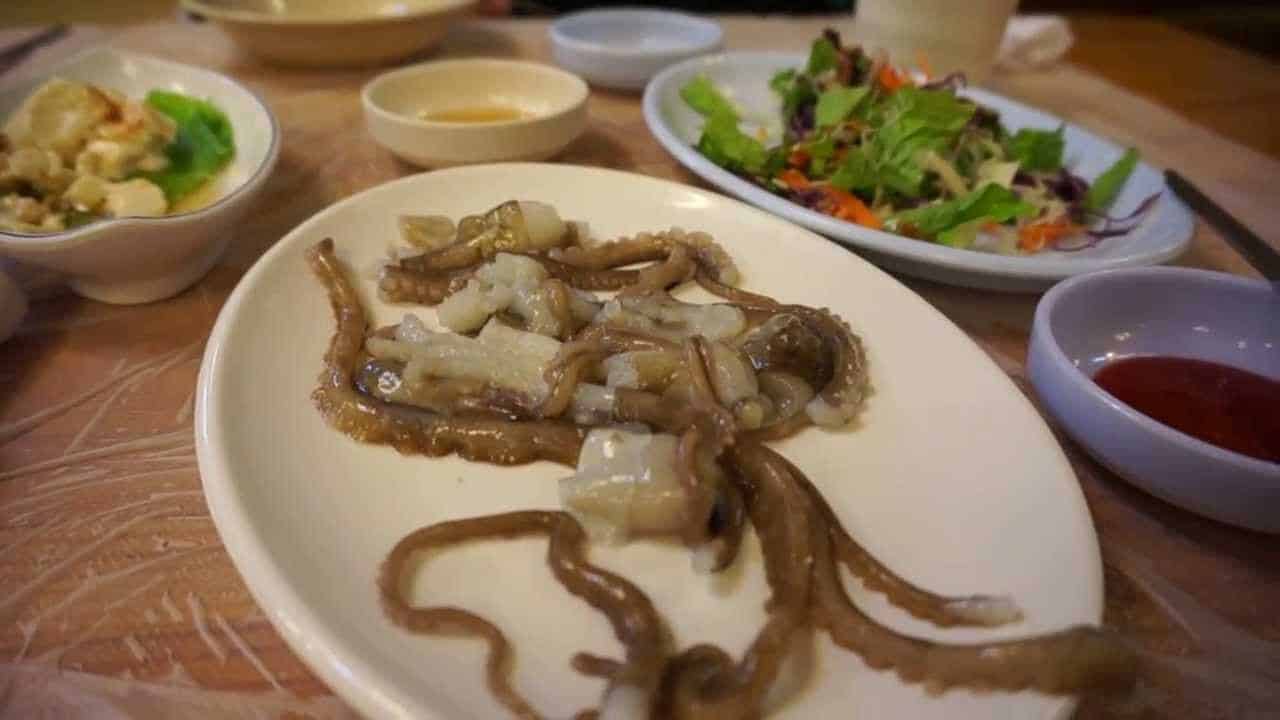 Mind a little wiggling on your plate? This Korean delicacy is a raw baby octopus whose limbs continue to move even after being pulled out of water and thrown on your plate with sesame oil. The dangerous part? The limbs have suction cups that could latch onto your throat while being swallow and choke you. Not a problem if you chew many, many, many times, but why not order something else and call it a day? 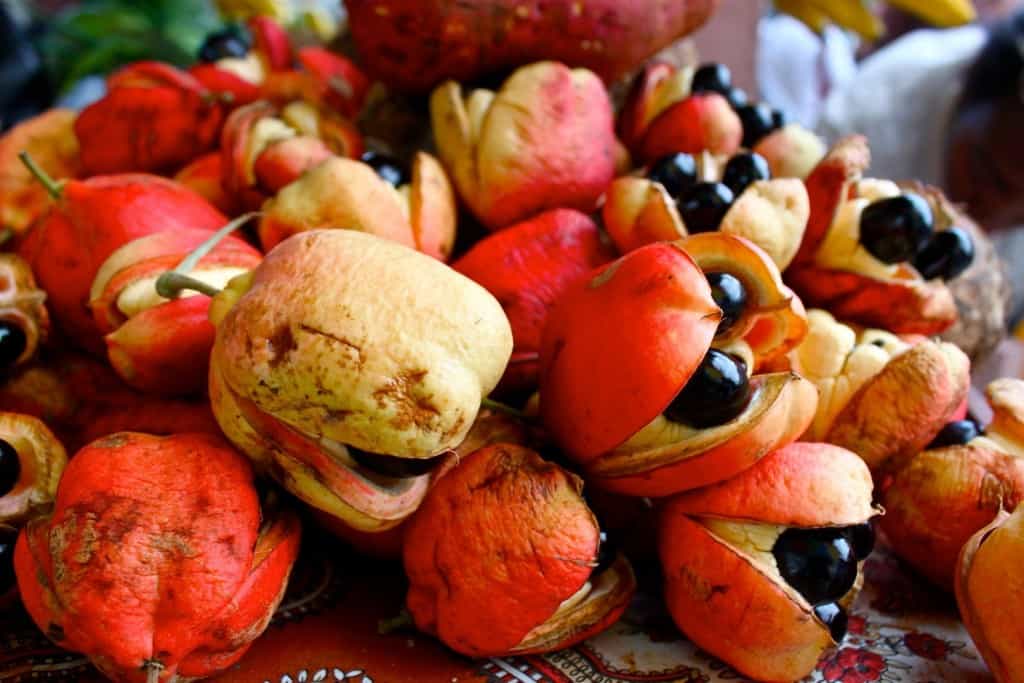 If you’re ever in West Africa or Jamaica, be careful about just grabbing one of these guys. If the pod has already burst open, you’re fine with eating the yellow-colored meat. But if not, then it hasn’t ripened and you could be facing severe vomiting. Yikes! I 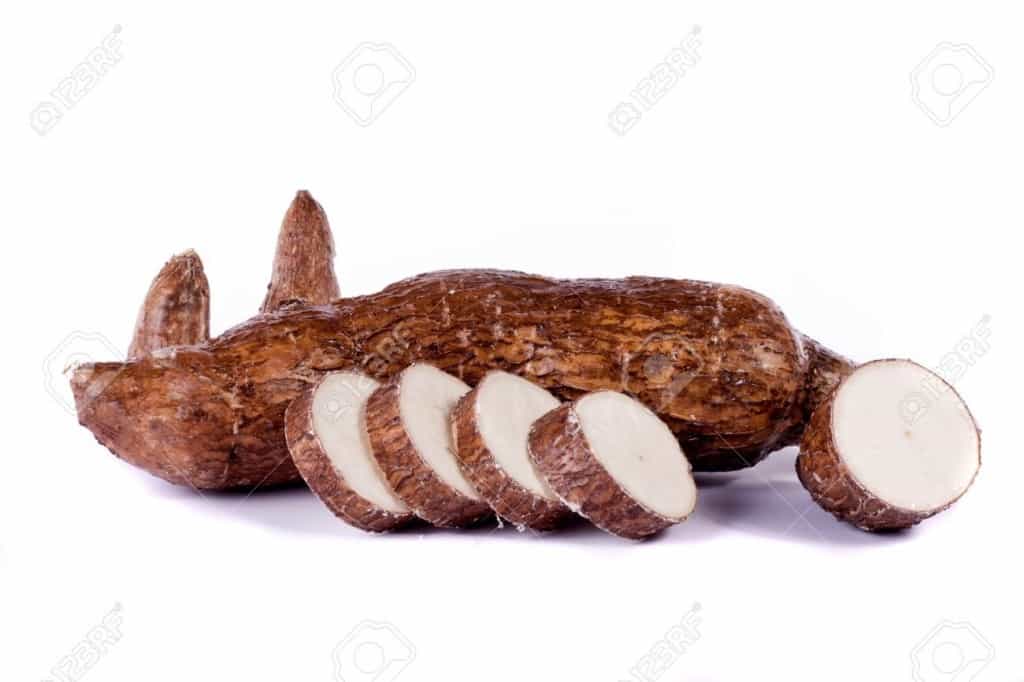 Cassava is a popular tuber found in many South American and African countries. Used for filings and dense cakes, it’s perfectly fine to eat if well cooked. Chewing it raw is not a good idea since raw cassava releases an enzyme called linamarase that turns a compound of the root into cyanide. 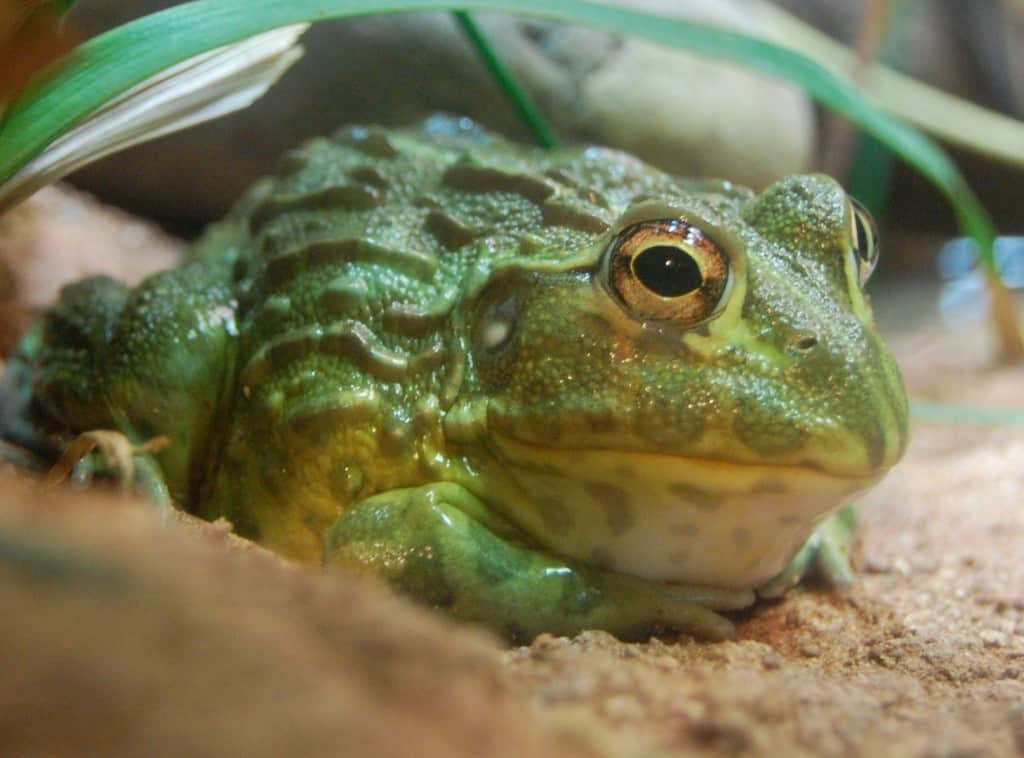 When in Namibia, watch out for the bullfrog dish! The locals know the rules of consumption (after the creatures have mated, among other things), but you’re still taking your chances with this one. Get it wrong, and this potentially toxic critter can give you kidney failure. Whoa!