As a society, we’re always wanting to preserve things for posterity. We want to take a picture of the food we ate for lunch and another picture of what we had for dinner. We want to take a picture of when we’re driving in our car and we want to scrapbook on what we did over the last week. Despite all of that, it can still be quite surprising to learn about some of the things people tend to want to have museums dedicated to. Because this can be so surprising, we’ve brought you a list of the 10 craziest things you won’t believe have a museum dedicated to them. Check it out and tell us what you think. 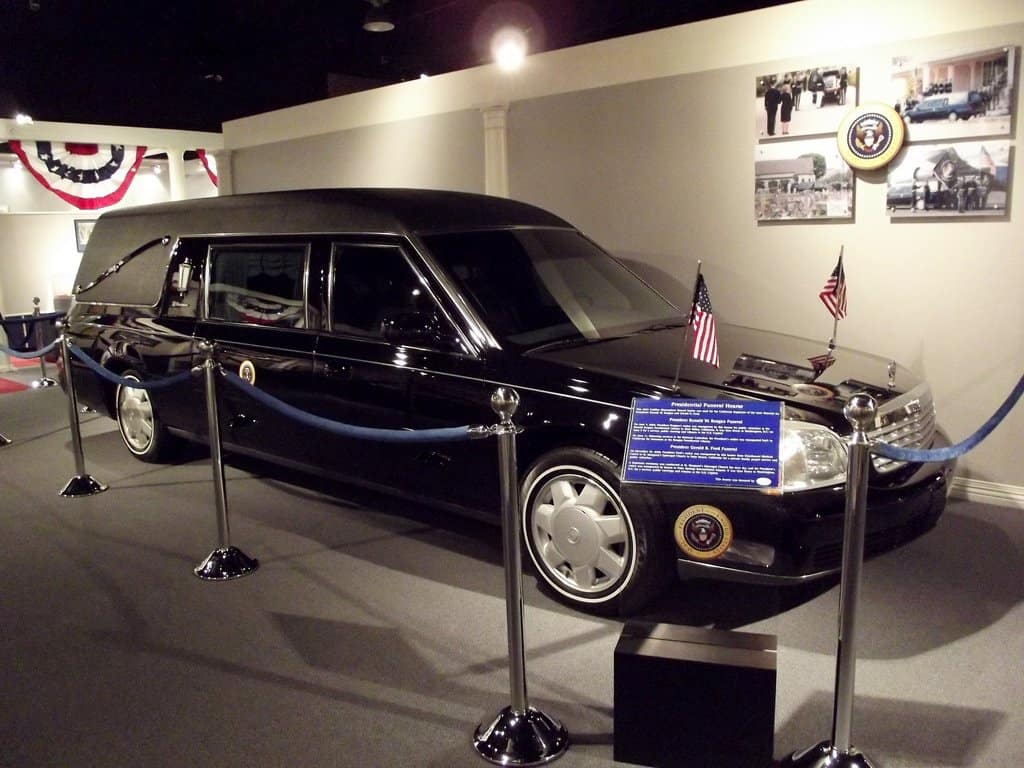 The National Museum of Funeral History in Houston, Texas is the place for you, if you’ve always wanted to know everything there is to know about the practice of funerals. This museum walks us through what the earliest funerals were like, as well as some of the most famous. 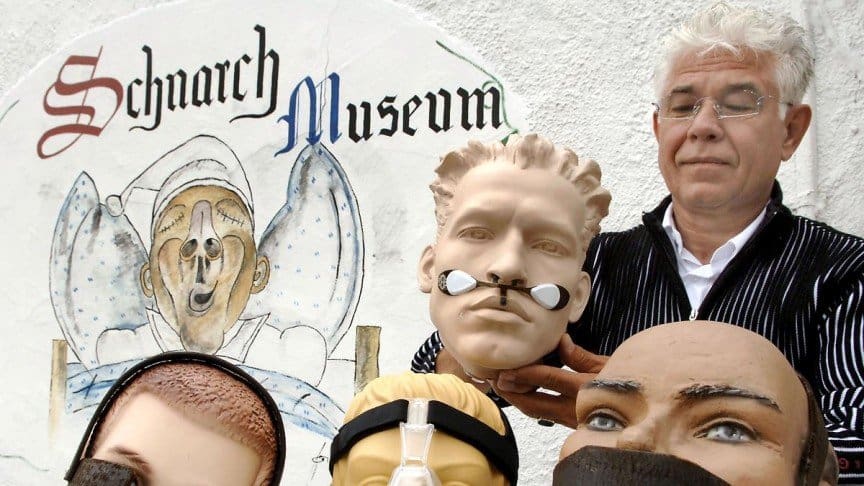 Museum of Snoring in Alfred, Germany isn’t so much a history of this annoying habit as it is a place where people can go and look at the number of items that have been made in order to help people to stop. A sleep researcher and therapist named Joseph Alexander Wirth is responsible for collecting the equipment 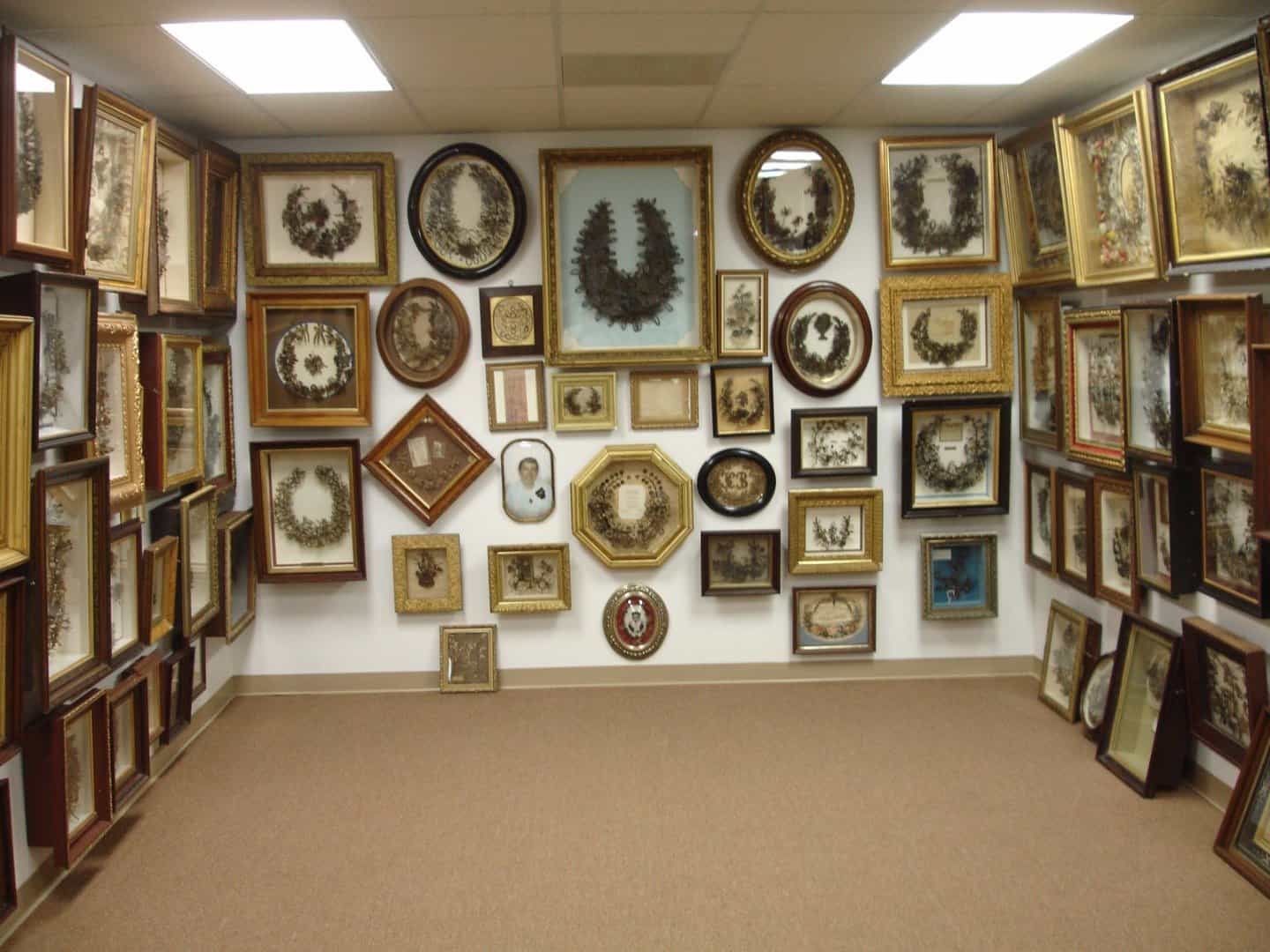 Leila’s Hair Museum is a museum which is actually dedicated to human hair. This is an exhibition that that has a number of people’s hair behind glass and framed. There are quite a few people who are quite famous that have their hair in this museum. Some of the exhibits here on display include hair pieces from Queen Victoria, celebrities such as Marilyn Monroe and Michael Jackson, and even hair from four American presidents. 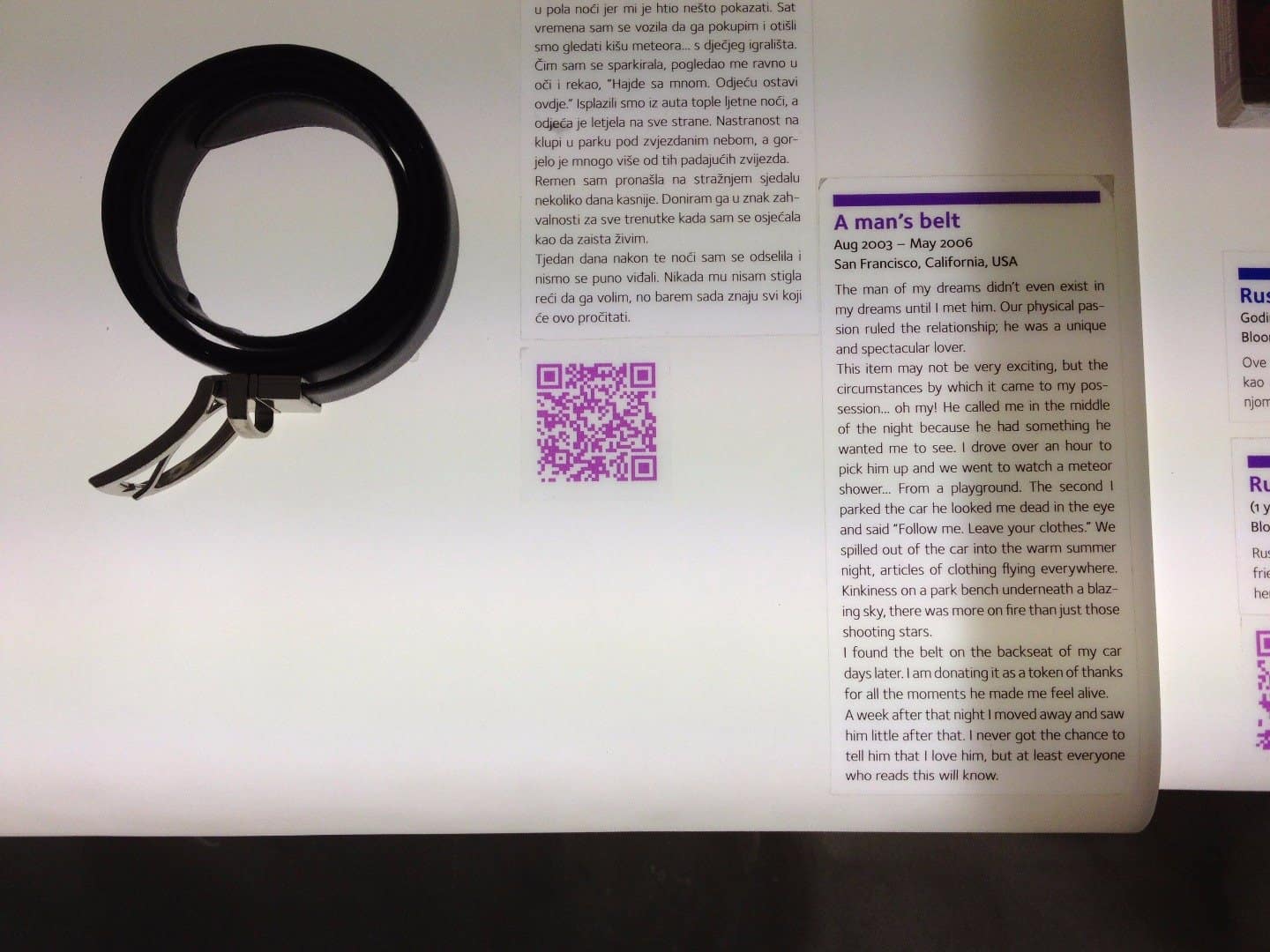 The Museum of Broken Relationships in Croatia is host to numerous personal objects that lovers left behind after a breakup. At times, there is a story attached to the items and other times visitors are left to draw their own conclusions as to why an item was left behind and what significance it might have held for the couple. 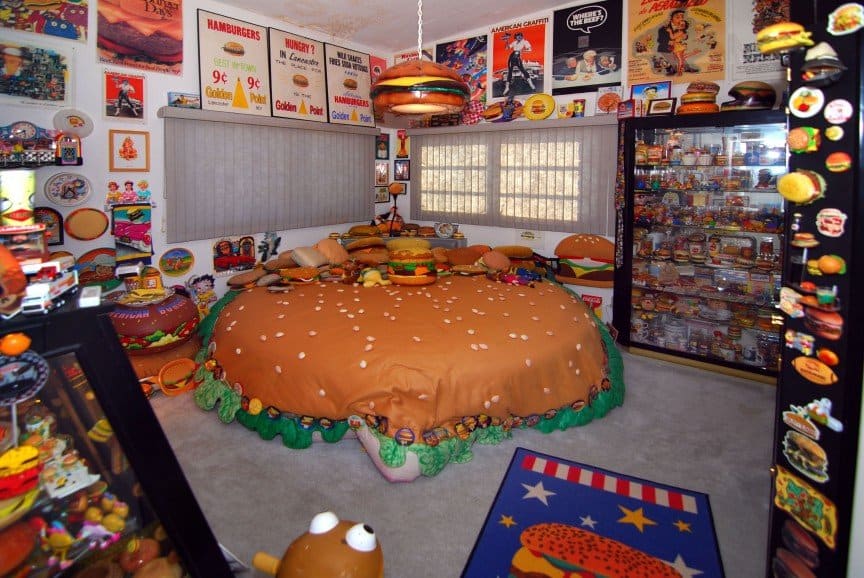 Harry Sperl’s Burger Museum is quite simply, an ode to the hamburger and cheeseburger. This place has been put together by a German man who moved to the United States and decided he loves the burger. On display in this museum are all sorts of burger-centric items including a burger motorcycle and a burger waterbed. In total the museum displays more than 1,000 items tied to the burger. 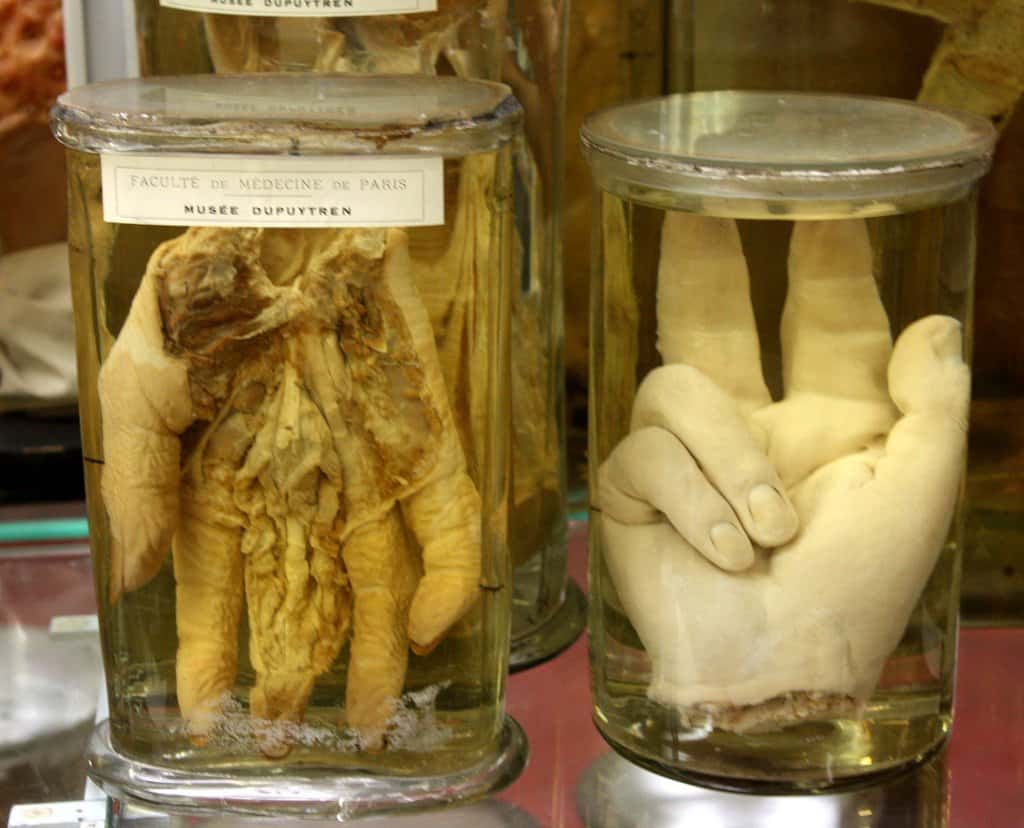 The Musee Dupuytren in Paris, France is actually the first of two odd museums that are located in the City of Lights. This museum displays real-life examples of the medical abnormalities that have occurred over time. Some of the exhibits here include malformed and diseased fetuses, human organs, and skeletons; there are thousands of deformed body parts, babies born with exposed organs, conjoined twins, models of frightening birth defects and diseases. 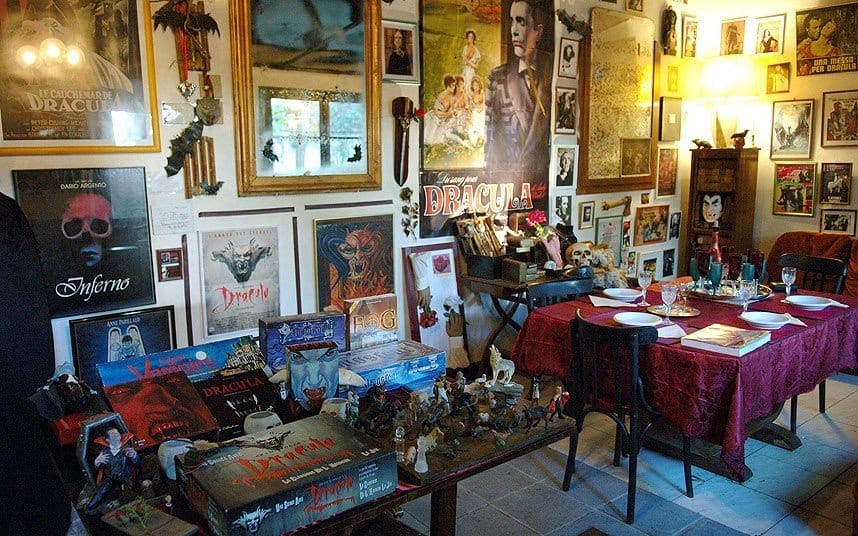 Le Musée de Vampires et Monstres de l’lmaginaire in Paris is a museum in Paris that is entirely dedicated to all things Vampire. You need to make a reservation to visit the museum, but once you do you will walk through what looks like a cemetery to get inside you will see bats, creepy texts, supposed human remains, mysterious relics and of course vampires-centric items. 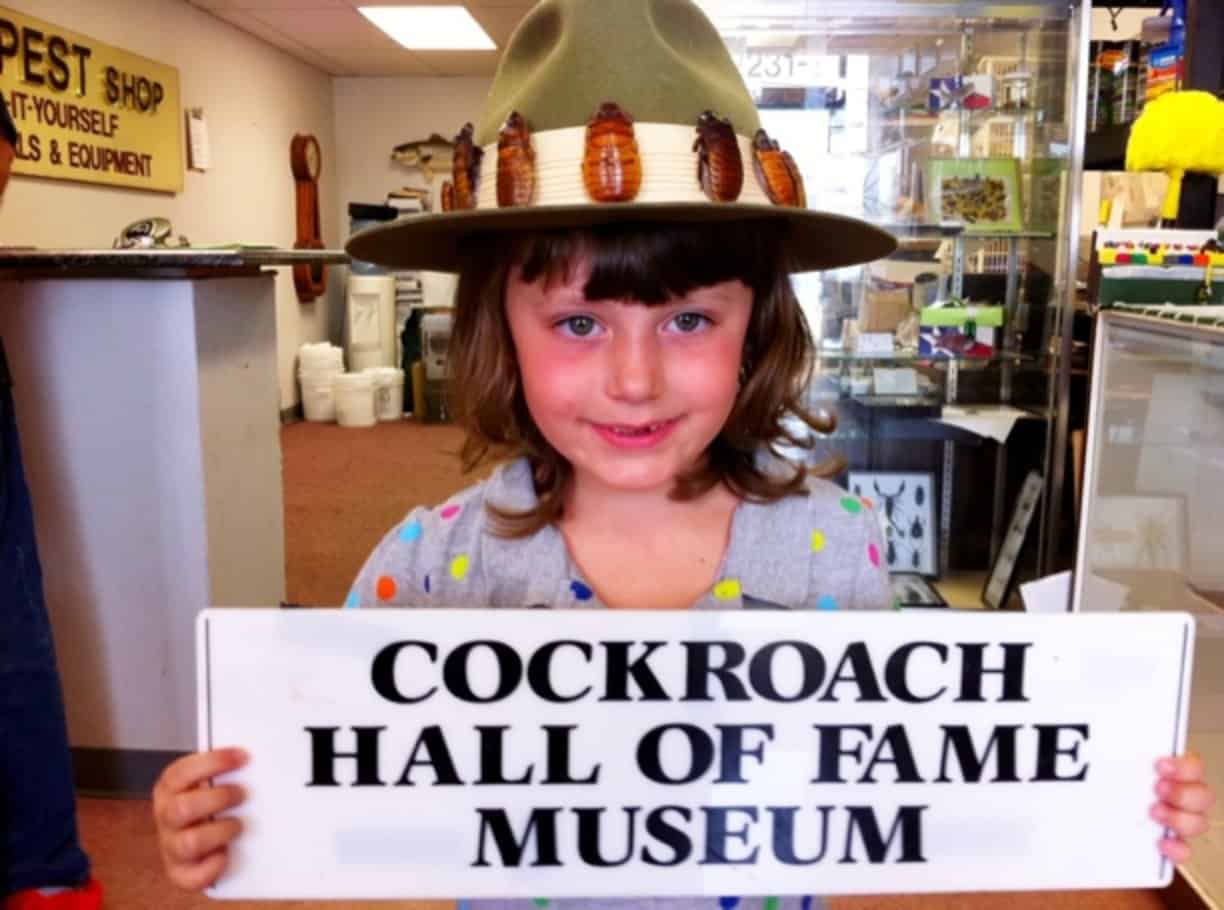 The Cockroach Hall of Fame and Museum in Plano, Texas features cockroaches on display dressed up as celebrities and historical figures, and guests are even treated to dry roach larvae for snacks. There are also fun gifts you can purchase after your visit such as the above roach hat. 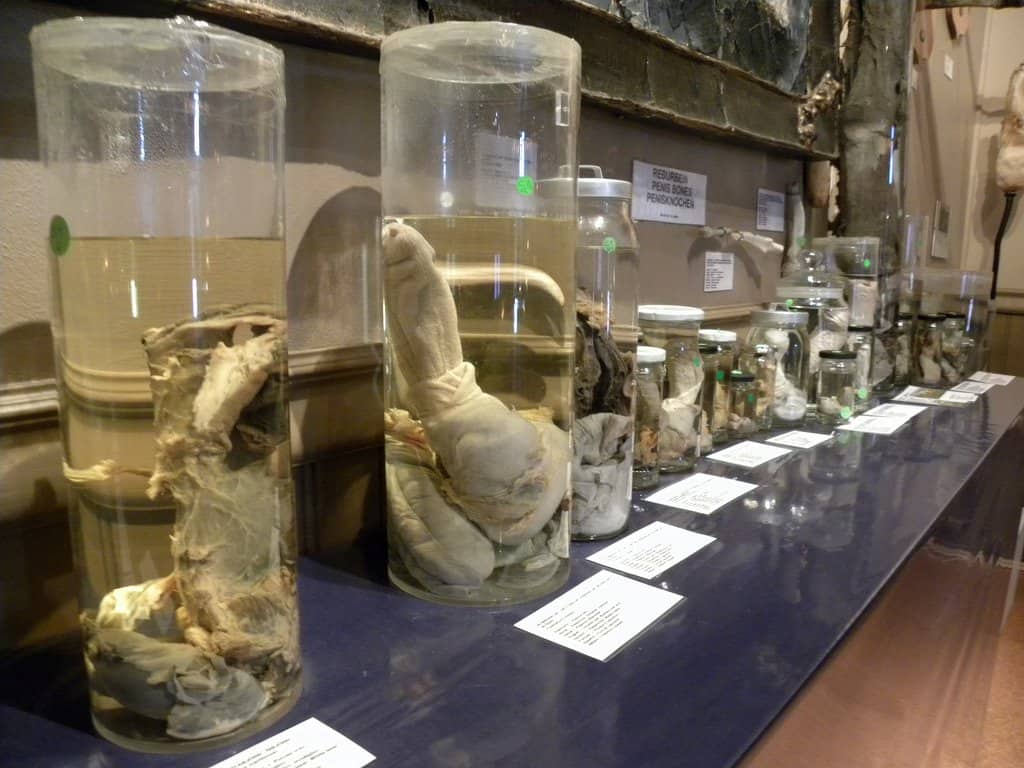 The Icelandic Phallological Museum in Reykjavik, Iceland might make some people giggle when they first walk in the place, but the proprietors want everyone to know this is a facility dedicated to science. There are male genitalia samples from a huge variety of mammals ranging from sea mammals, land mammals, and even samples from a few homo sapiens. 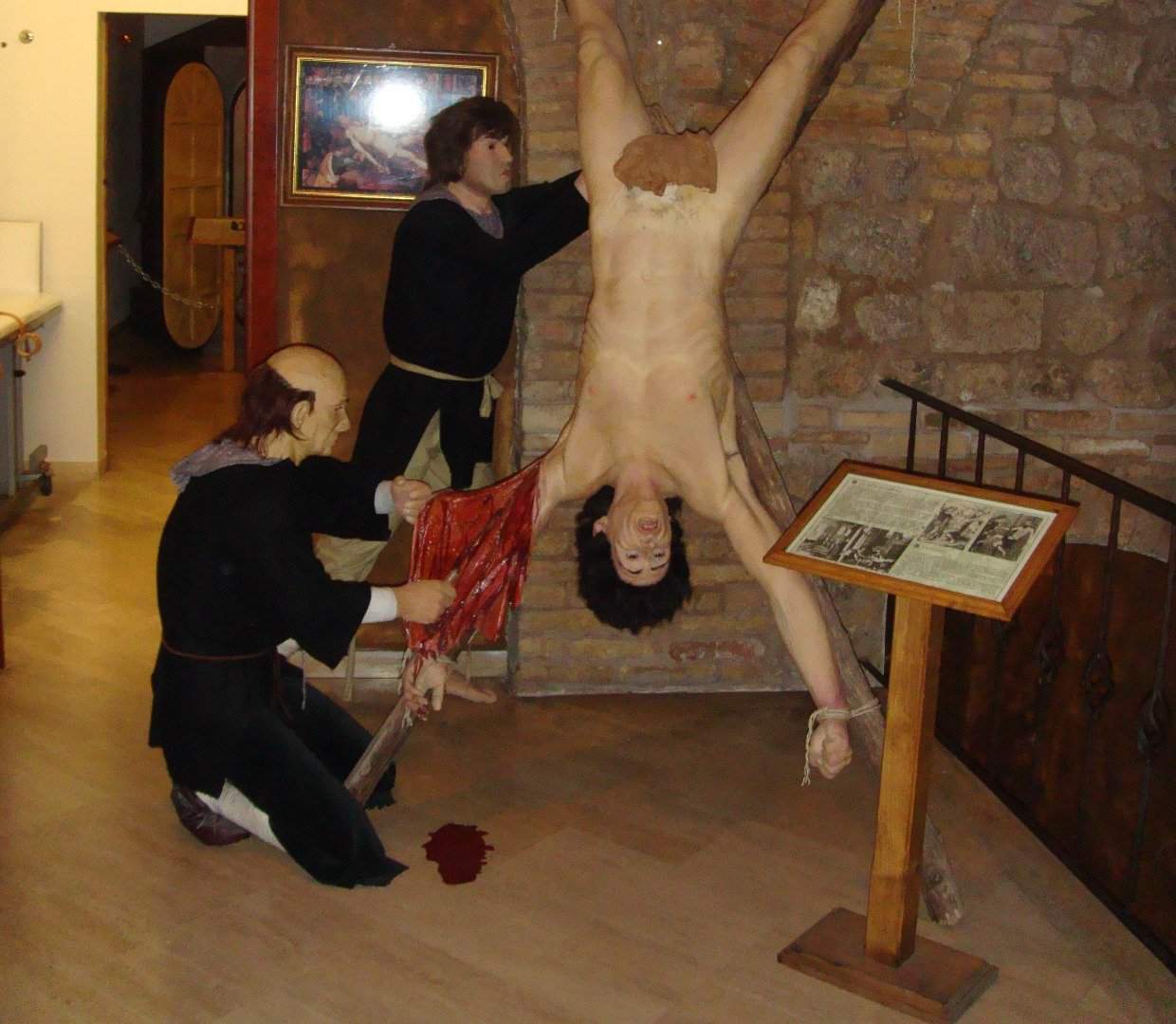 The Medieval Torture Museum in San Gimignano, Italy is a place where you can look at various ways people have been tortured throughout history. Most of the displays are depicting medieval torture methods but there are more modern methods viewable as well.