Computers now dominate much of our everyday lives. Workplaces are full of desktop devices, homes are filled with tablets, netbooks, and laptops, while people essentially carry round tiny computers in their pockets in the form of smartphones. Everyone knows that different types are more powerful than others and are able to carry out more complex or high performance tasks, though there is a type of computer that most will never get to see. They are supercomputers, hugely powerful machines that can perform trillions of calculations. They are used for all sorts of things, from simulating weather to researching diseases, and these are the most expensive and advanced in the world. 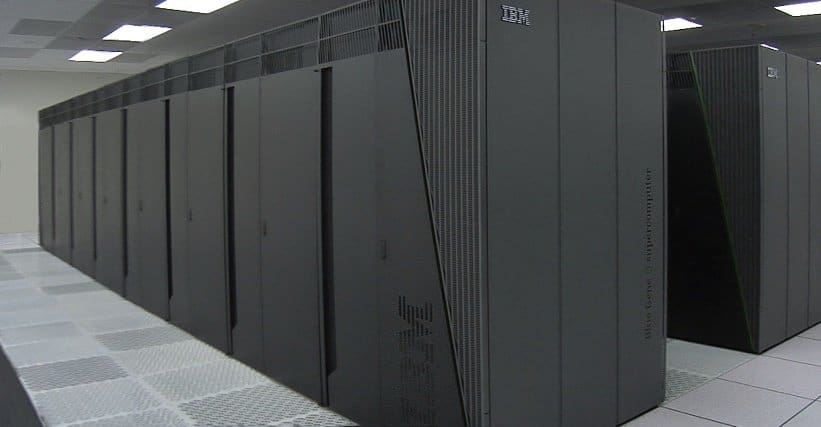 Exact details on how much money was spent to create the Vulcan supercomputer has never been released yet it one of the most powerful that has ever been built. Currently housed in the Lawrence Livermore National Laboratory, it has a processing speed of 5 petaflops. What makes the Vulcan unique is that it can be rented out by businesses and organizations to carry out certain tasks. 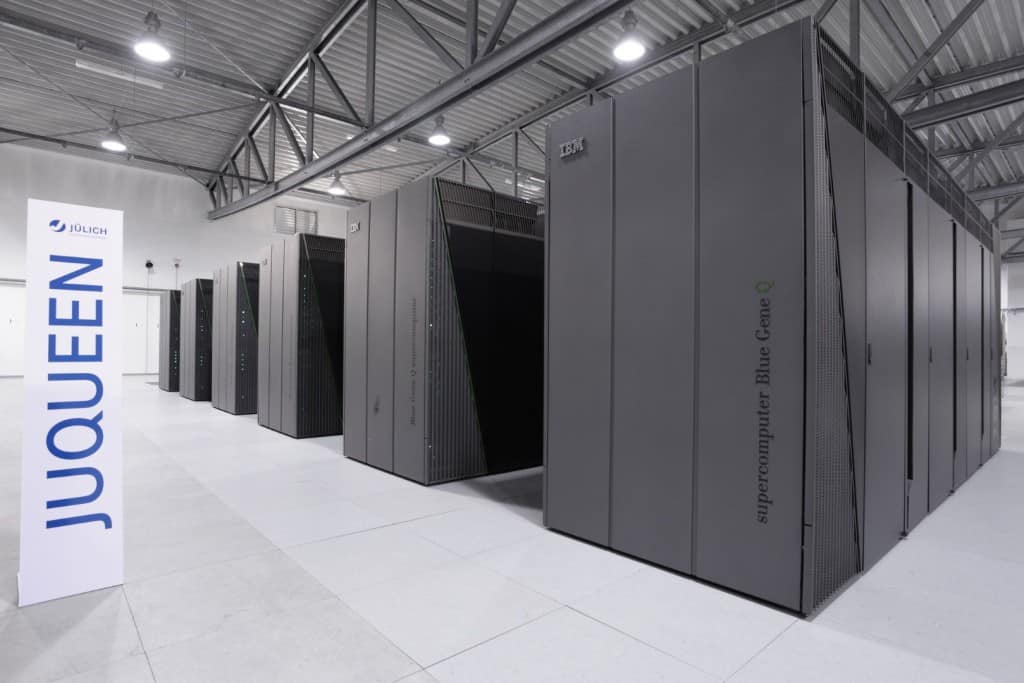 Created by IBM, the Juqueen computer system has 457,752 GB of RAM, consumes 2,301 kW of power and has a processing speed of 5.008 petaflops. It is used by the Julich Research Center to carry out research on the climate, biology and simulate various events. 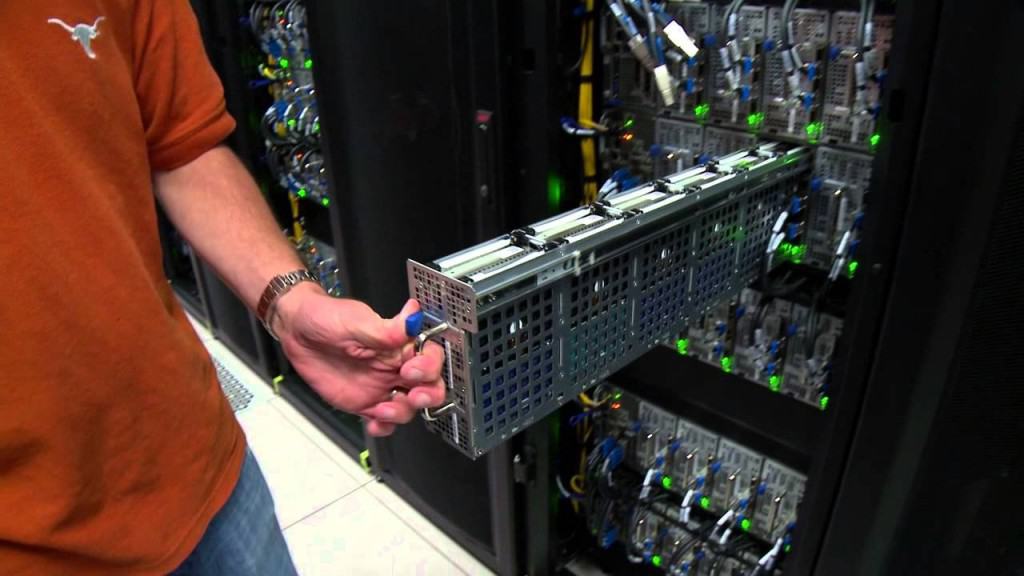 With a peak performance of 9.6 petaflops, the Stampede supercomputer based at the University of Texas is able to carry out more than 9 quadrillion math operations per second. The institute claims that they are using the supercomputer to carry out foundational research for data-intensive science and engineering. 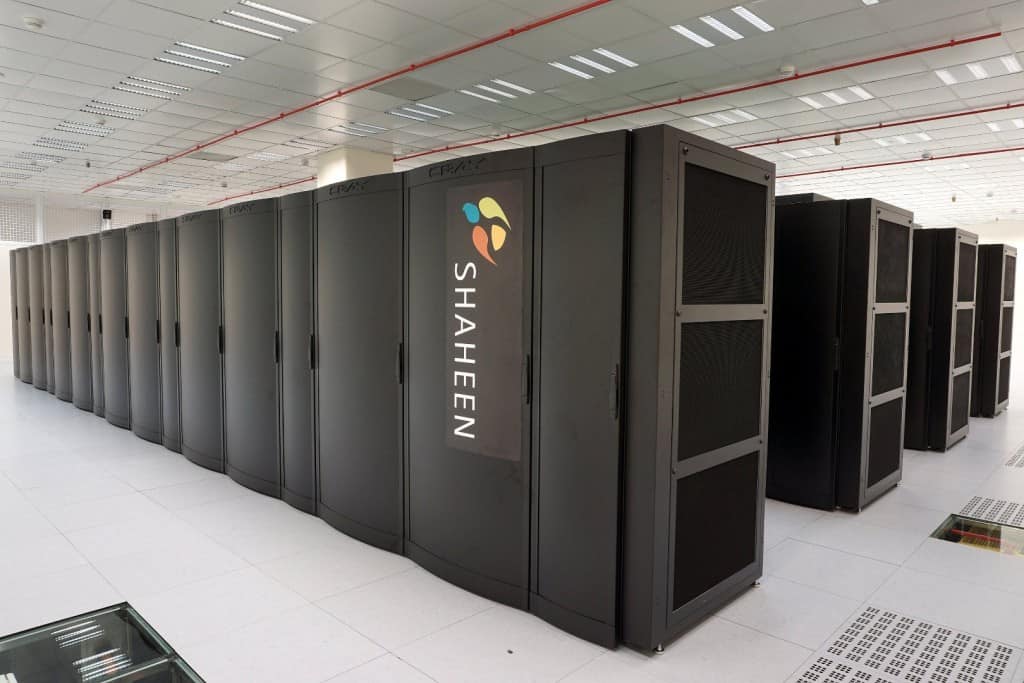 The Shaheen is the successor to a much less powerful supercomputer. It was completed in 2011 and is owned by the King Abdullah University of Science and Technology in Saudi Arabia, making it the first such computer system to break into the top supercomputers in the world from the Middle East. The research team is using Shaheen to support their scientific and research endeavors. 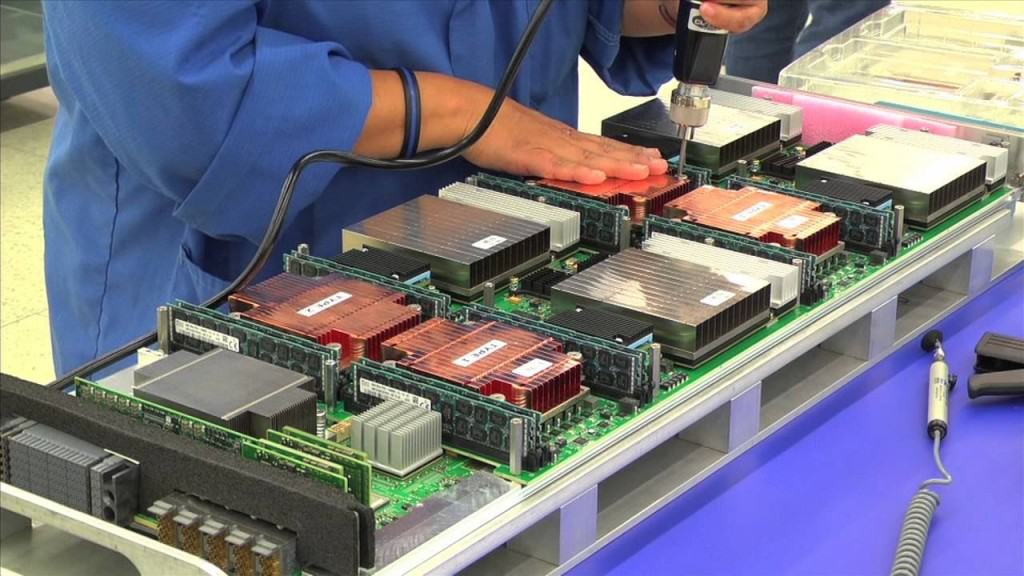 Piz Daint is just the second supercomputer that makes it onto the most powerful list that hails from Europe, along with Juqueen. Taking its name from a nearby mountain, the supercomputer is used by the Swiss National Supercomputing Center for HPC research. 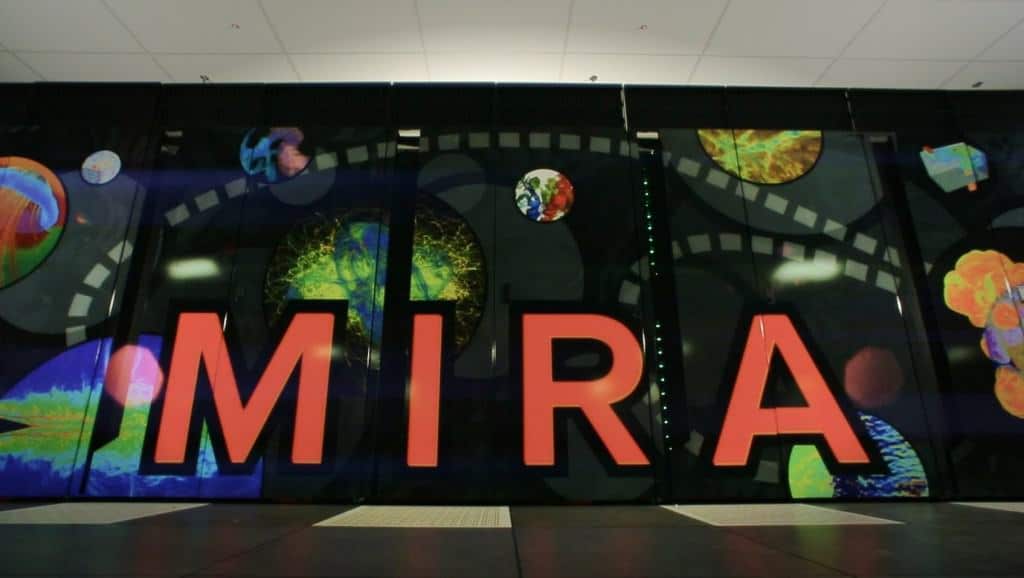 Developed by IBM, Mira is a Blue Gene/Q supercomputer that went into operation in 2011. It is has a performance of 8.59 petaflops and takes up 1,632 square feet of space thanks to its huge size and number of computer nodes. With 750 TB of memory, it is one of the most efficient computers ever made and is owned by the Argonne National Laboratory to work on energy problems, seismology, climatology and chemistry. 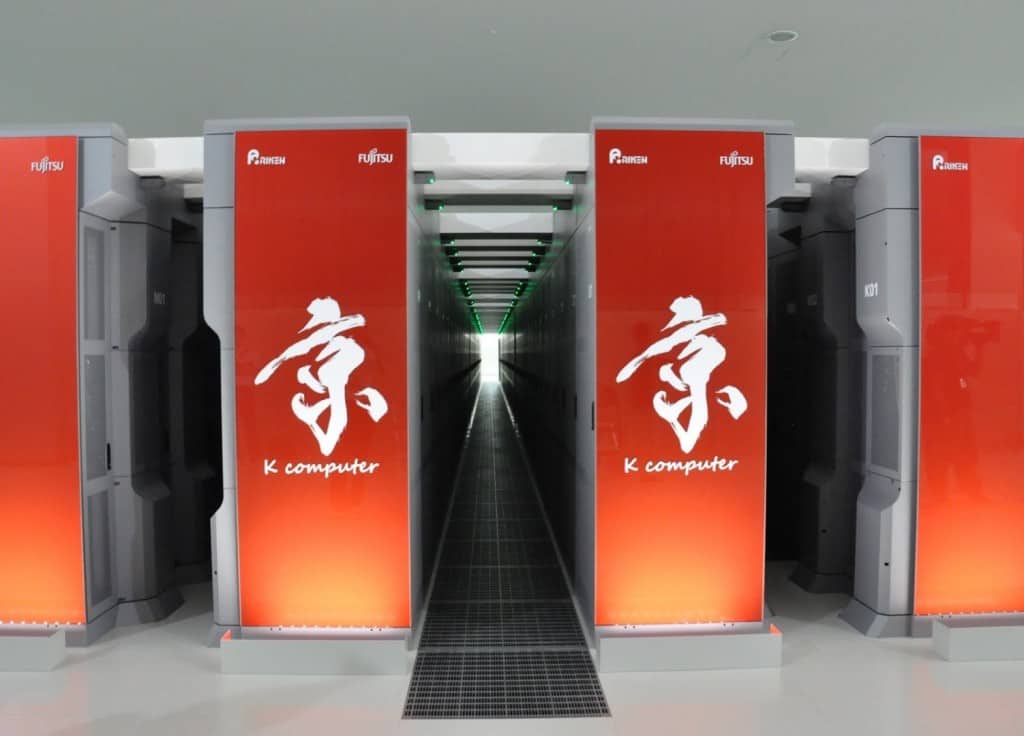 The K Computer is a Japanese supercomputer that is named after the word “kei,” the Japanese word for 10 quadrillion, as that is the number of math operations it can carry out in one second. With 80,000 separate nodes, it has a peak speed of 10.51 petaflops and is responsible for a variety of tasks, such as climate research, medical research and disaster prevention. 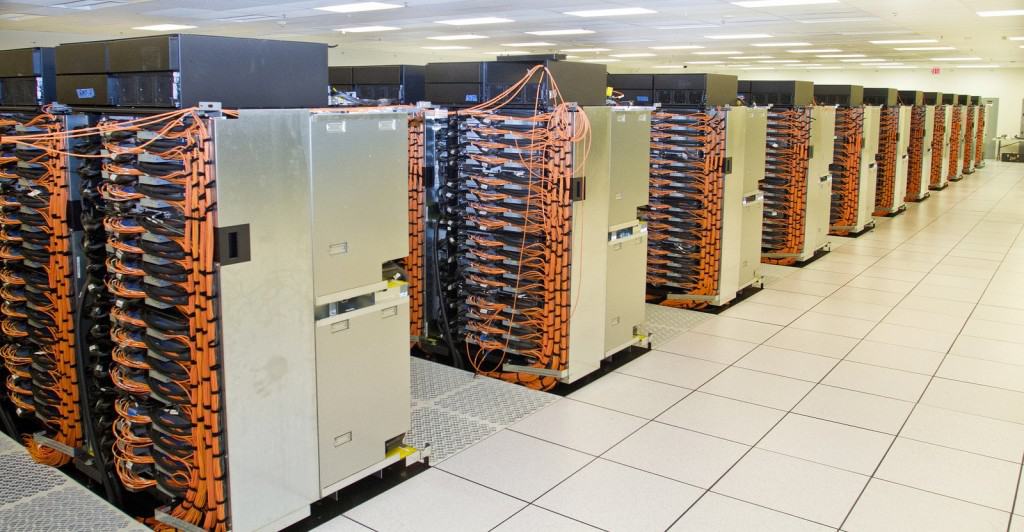 Although it doesn’t look anywhere near as slick as some of the other entries on this list, Sequoia is one of the most powerful computer systems in the world. It is housed at the Lawrence Livermore National Laboratory and generally works alongside Vulcan on a variety of research projects and scientific problems. 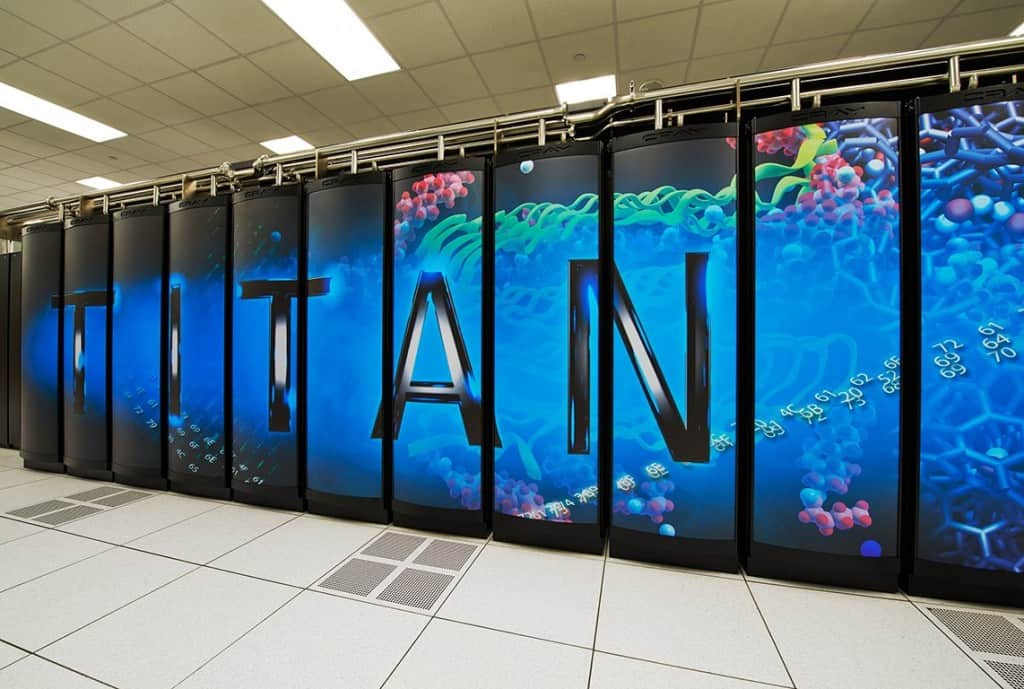 Titan is the most powerful supercomputer that is currently operating within the United States. Built at the Oak Ridge National Laboratory, it has a processing speed of a mighty 17.59 petaflops, allowing it to carry out almost 18 quadrillion-math operations every second. Researchers use the supercomputer to investigate scientific problems, fuel combustions and carry out simulations on chemistry and meteorology. 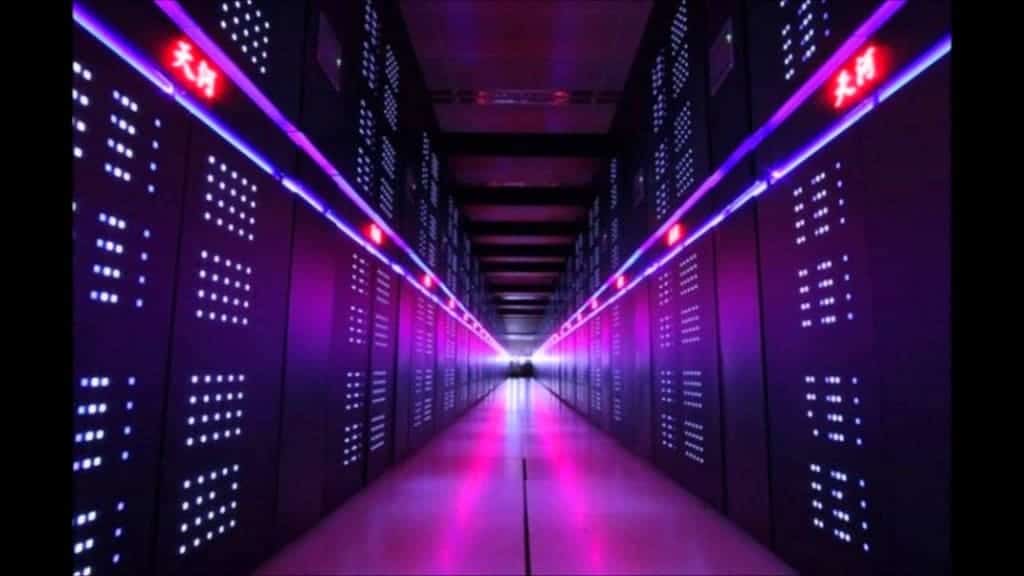 Tianhe-2 has spent almost five years as the most powerful supercomputer in the world and it is unlikely to be beaten anytime soon. It can reach a top performance of 33.86 petaflops, almost twice as much as Titan, and could have been even faster if the US had not blocked an export of Intel processors. Exactly what it is used for is unknown as the Chinese government has revealed very little about its operations.