10 Of The Biggest Celebrity Fashion Fails

The word ‘fashion’ can be quite stretched to include a number of weird, yet beautiful styles of clothing and wear. Inspired by their own beauty and striving to achieve an even greater public image, celebrities often spend thousands upon thousands of dollars just to be dressed appropriately for the numerous red carpet events they visit. However, what’s beautiful for some is often considered quite ugly by others. Whether on purpose or not, these 10 Celebrities have chosen to go to official events dressed in a particular manner, that can be considered nothing else but a fashion fail. With the subjective nature in fashion in mind, here are 10 of the biggest celebrity fashion fails of all time. 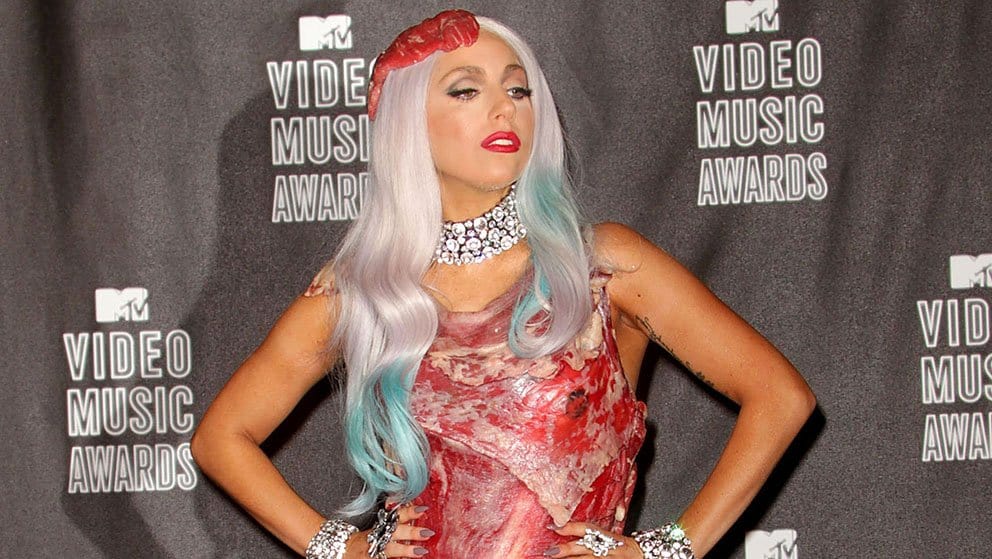 We all know that Lady Gaga is a bit weird when it comes to her fashion sense. While some consider it a statement, we can’t help but think that Lady Gaga’s Meat Dress was nothing else but a fashion fail. 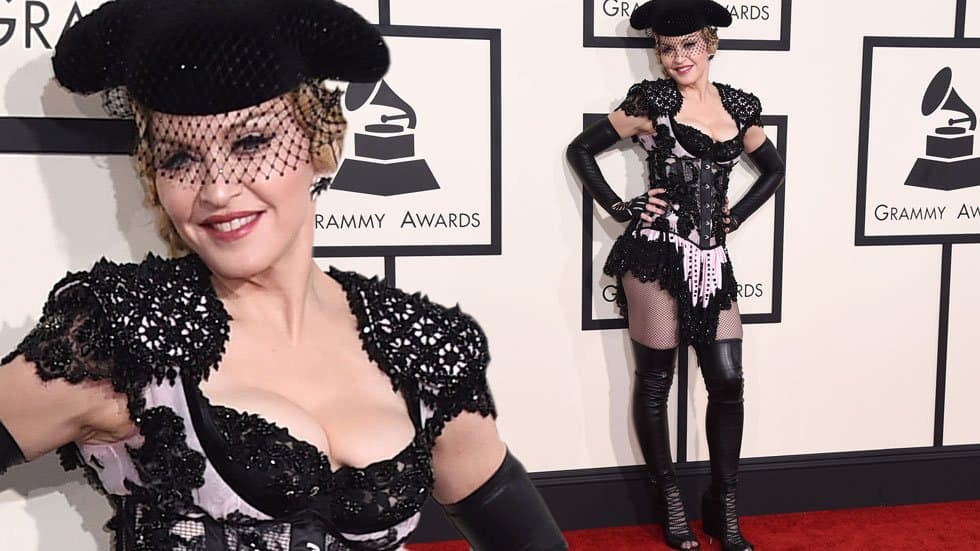 Wearing Givenchy Couture Madonna wanted to look but extremely sexy. And while she looks extremely sensual for her age, this outfit looks like something you’d keep in the bedroom. 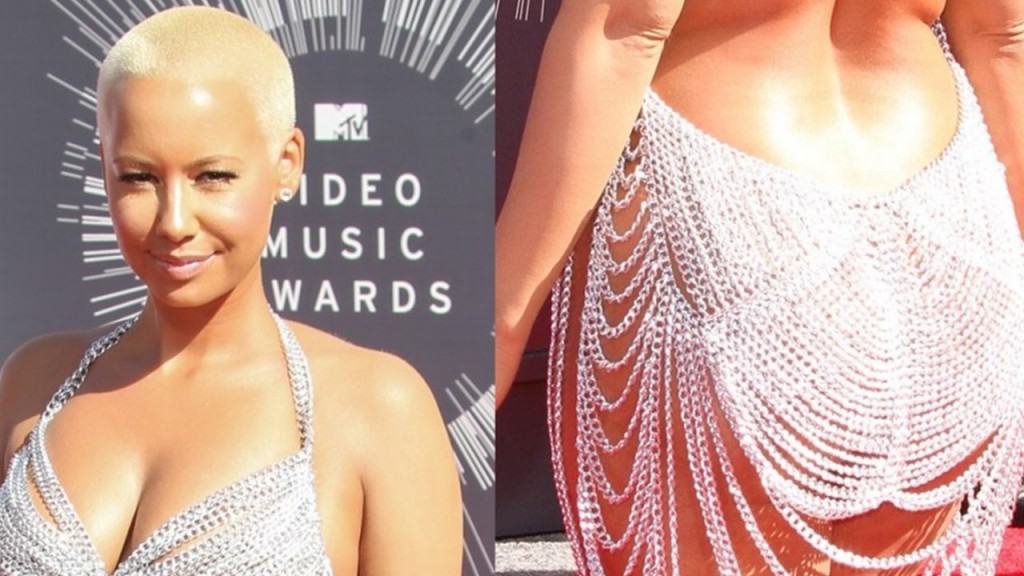 It’s quite common to see celebrities in little-to-no clothing, however, Amber Rose’s VMA look simply screamed ‘Look at me!,’ with her dress revealing too much and being quite the fashion fail. 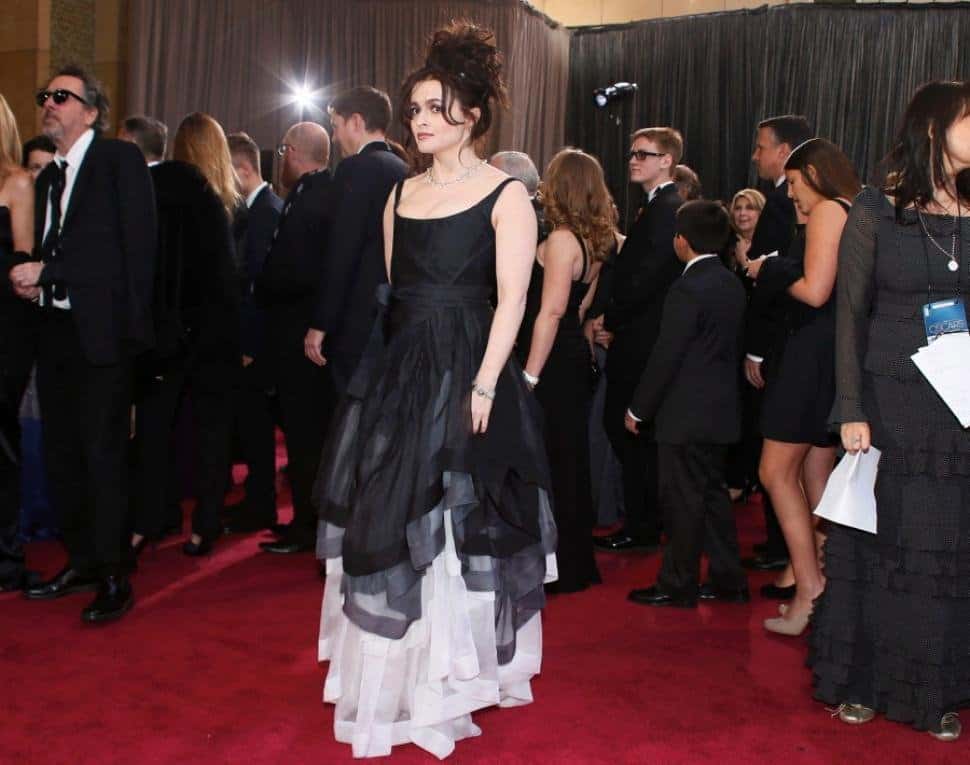 Being quite the odd ball, Helena Bonham Carter has worn some of the most bizarre dresses in her public appearances. However, this one is simply the worst, especially having in mind her weird choices. 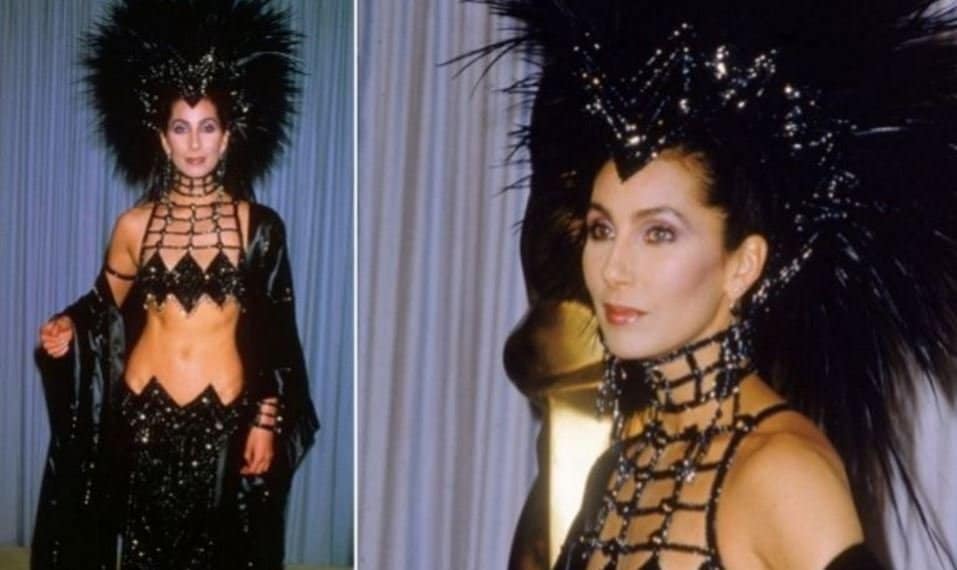 Appearing at the 1986 Oscars in this weird punk style dress and hilarious hairstyle, Cher made headlines. 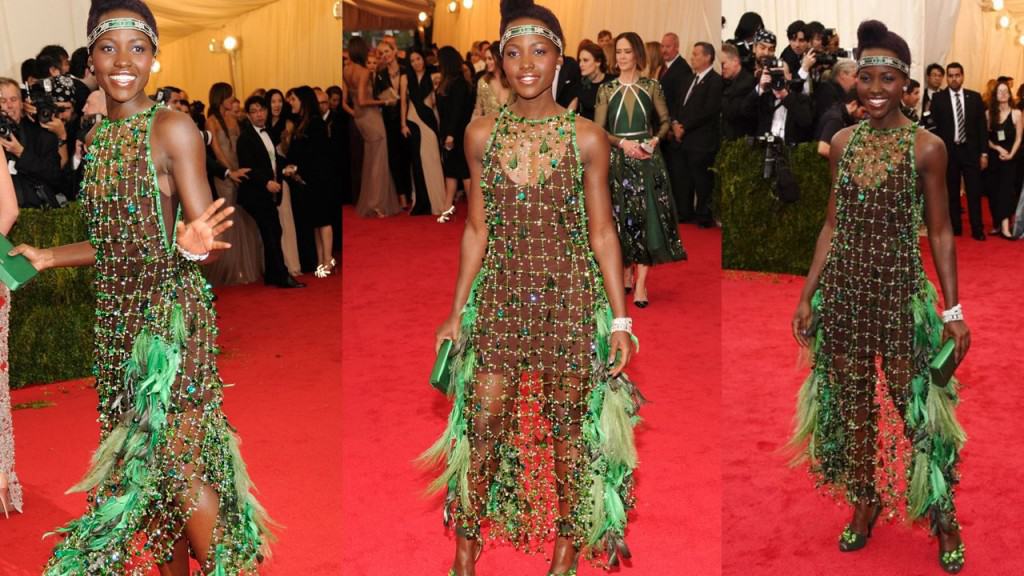 Wanting to incorporate native elements in her official dress, Lupita Nyong’o fashion choices at the Oscars, while she had good intentions, it was a huge fashion fail 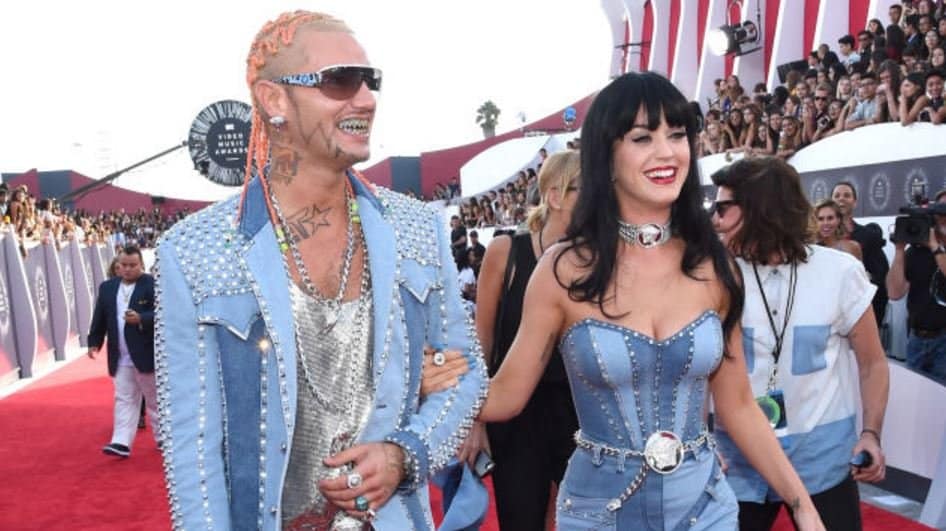 While Katy Perry is yet another star who turned to weird fashion, she managed to keep her stylish way of clothing, until she appeared in this denim dress.

All Of Miley Cyrus’ Outfits 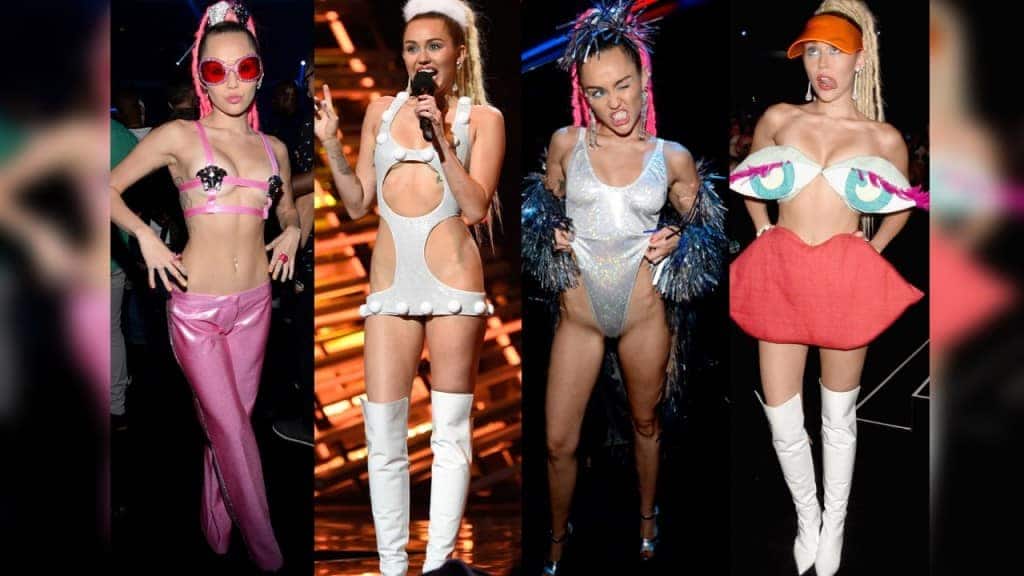 Considered to be a fashion icon, Miley Cyrus is simply bizarre. Having no shame in showing off her body, her fashion choices are what they are! 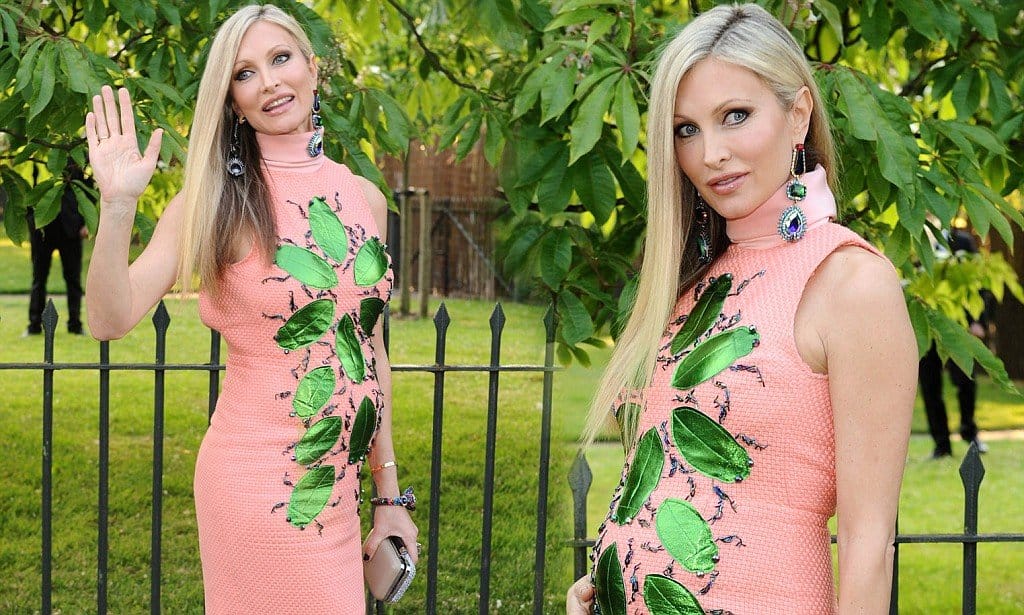 Are you creeped out by this dress? We sure are! Having a ton of green bugs, Caprice’s dress is one of the biggest celebrity fashion fails of all time. 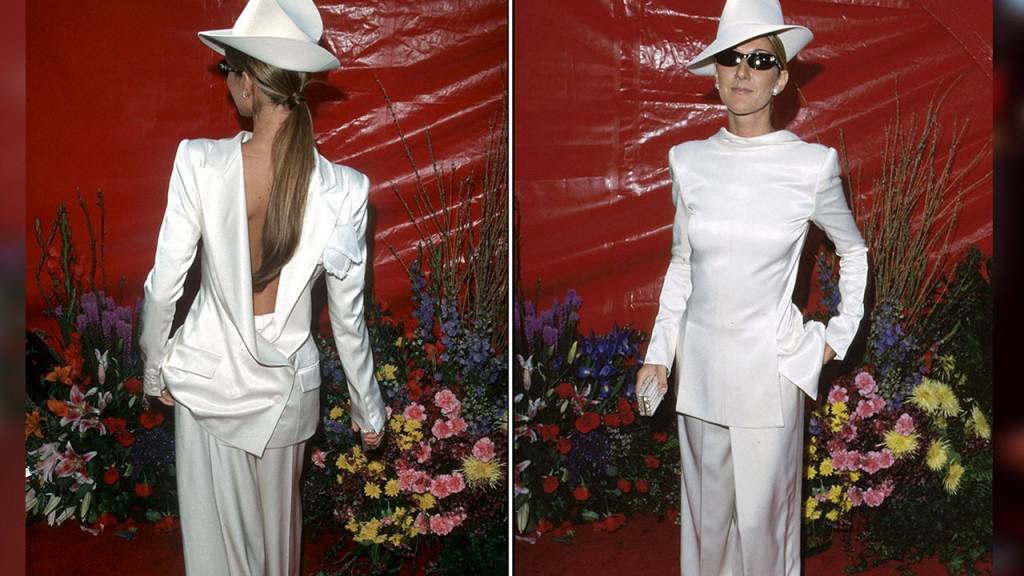 While she’s probably spend thousands on this interesting dress with which she attended the 1999 Oscars, Celine Dion’s clothing looks like she just came out of the thrift shop.