10 Insects That Look Like They’re From An Alien Planet

Unbelievably, there are around one million different types of insects currently on this planet, which is a horrible thing to learn for those who are terrified of the little critters. The insect population currently accounts for over half of all the living creatures on this planet, including people. Some of those, obviously, are going to be a bit on the strange side. These insects have evolved internally, but the external is what interests us the most right now. They are truly alien in appearance. Here are ten insects we swear come from an alien planet. 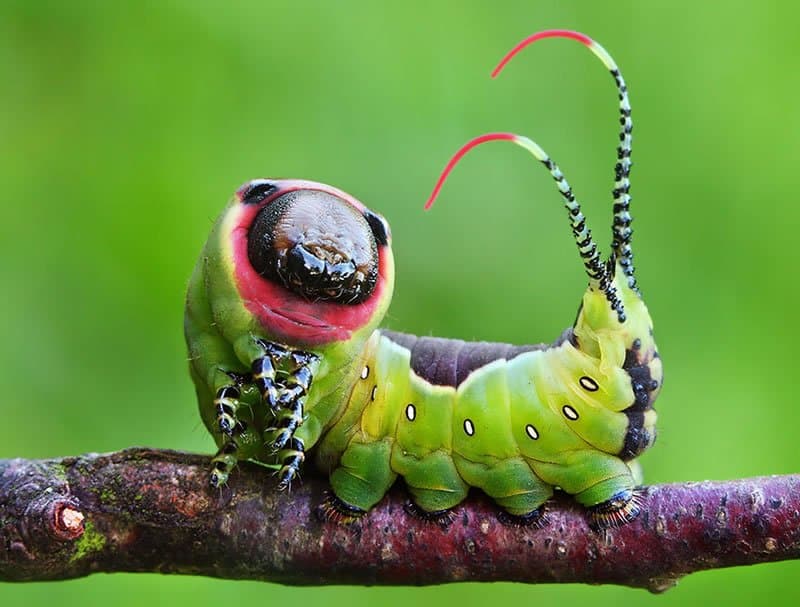 The Puss Moth Caterpillar is filled with protein, and has a really squishy body. They are vulnerable to predators, though, but they resort to scare tactics when trying to avoid being eaten. They can change their appearance to look like something more dangerous. 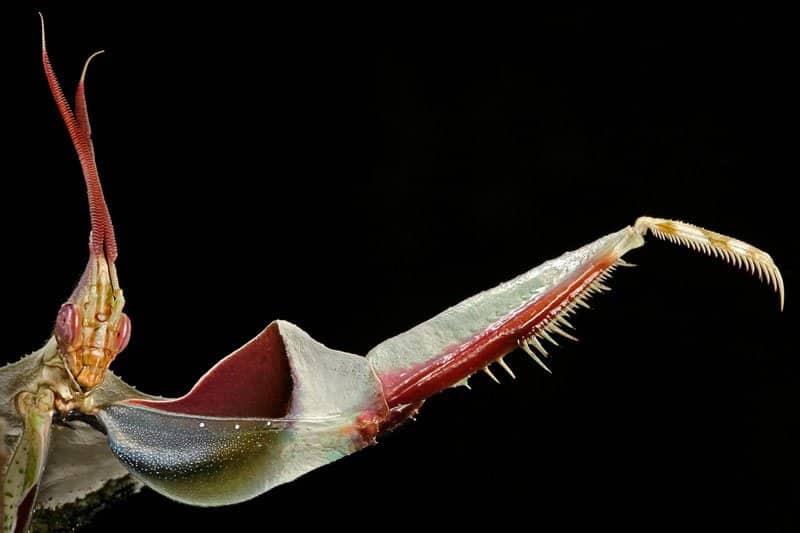 The Devil’s Flower Mantis is the largest species of praying mantis, and also the strangest of all. Females can grow up to 5 inches in length, and have colors that are similar to the orchid that they receive their name from. 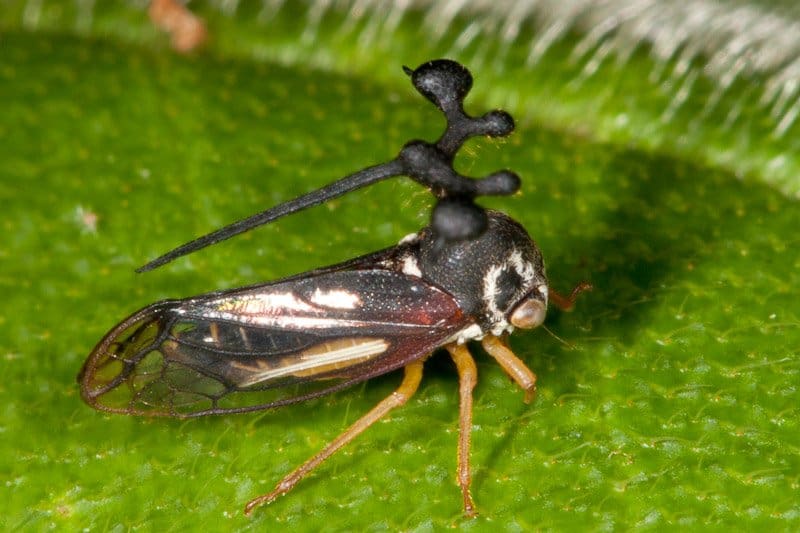 The Brazilian Treehopper is a terrifying little insect that is part of the treehopper family. They are quite similar to a cicada, but with an odd structure on their back. These appendages are completely hollow, and simply ensure they cannot be eaten so easily. 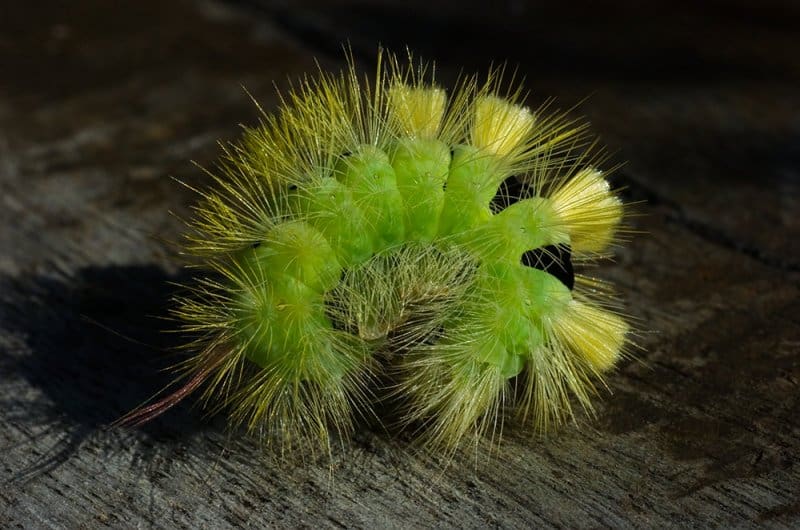 The Dasychira Pudibunda Caterpillar, also known as a Pale Tussock, can be found throughout Denmark. These spiky yellow caterpillars are covered in quills, much like that of a porcupine. Each segment of their body comes to a point with a black or brown spine. 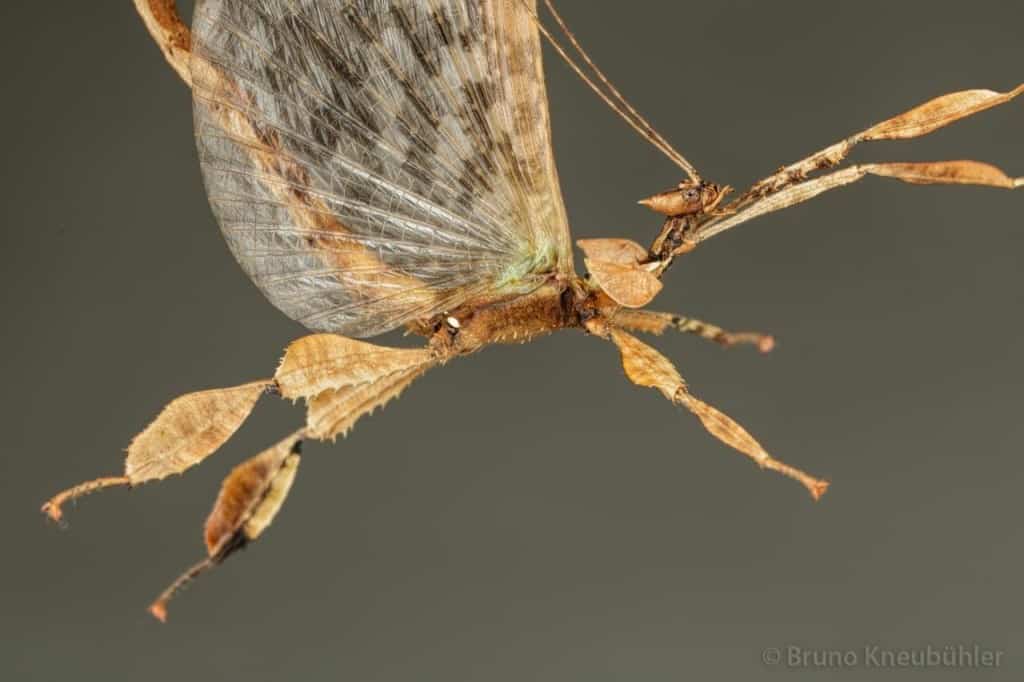 The Extatosoma Tiaratum is usually referred to as a Giant Prickly Stick Insect. They can grow up to 9 inches in length, and are covered in spikes that work as both camouflage and defense armor against predators. 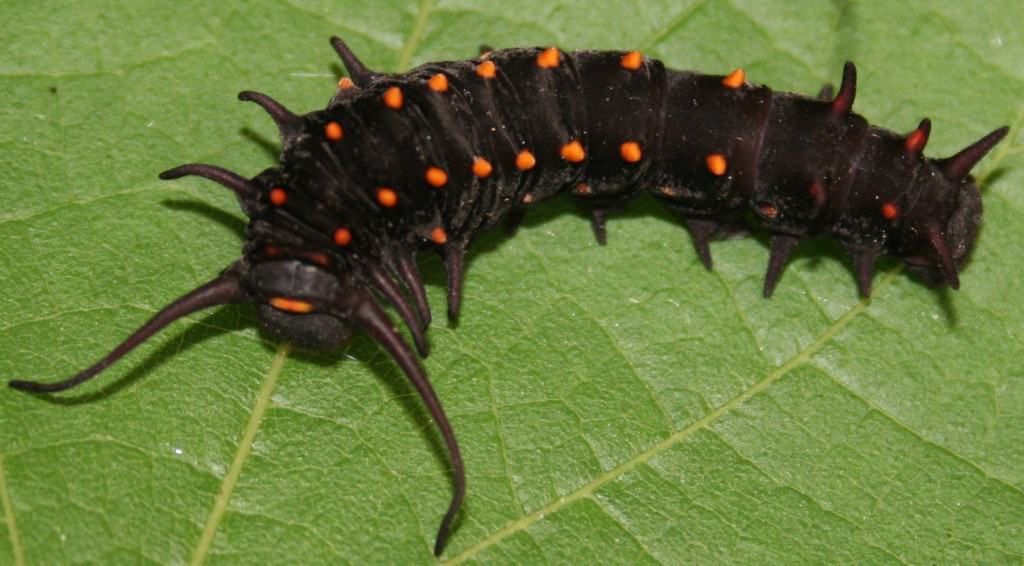 The Pipevine Swallowtail Caterpillar will turn into a bright blue butterfly later on in life, but until then they are spiny little, bright red caterpillars straight out of hell. They have blunt horns running the length of their body, too. 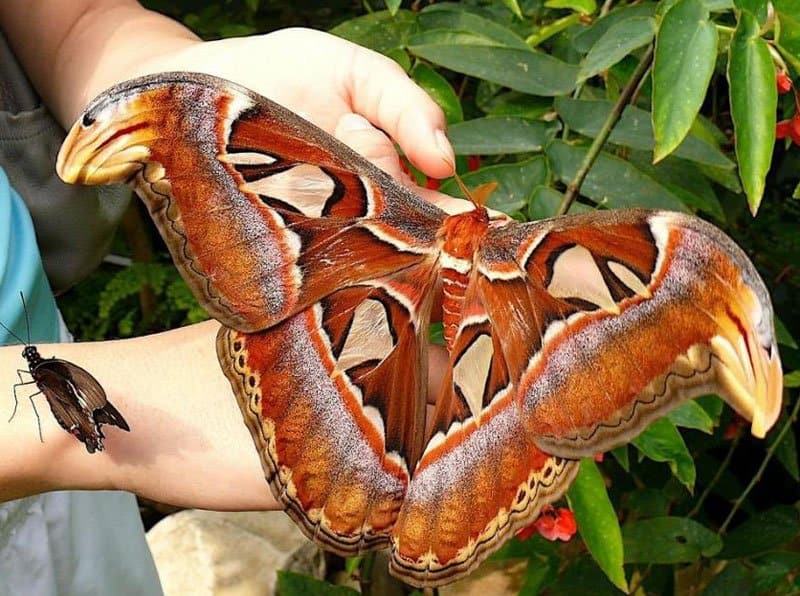 The Atlas Moth is one of the strangest and largest moths in the entire world. Their wingspan can be an impressive 10 inches in width. The front tips of their wings appear similar to a snake had preparing to strike, which is helpful camouflage against predators. 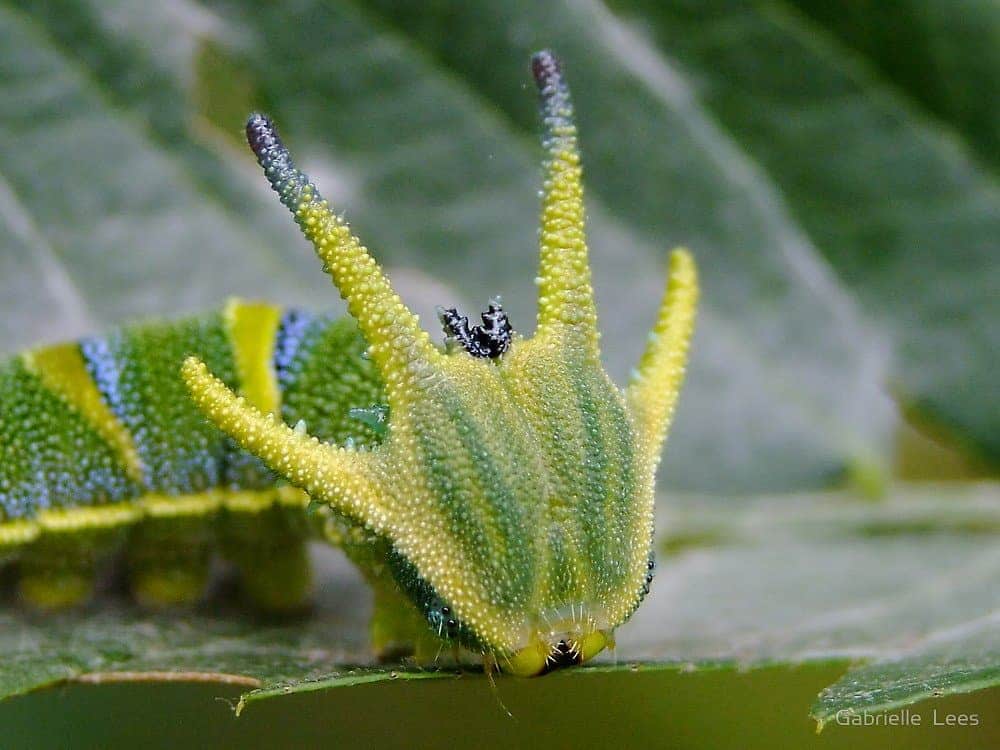 The Tailed Emperor Butterfly Caterpillar can be found along the eastern coast of Australia during the early months of the year. These strange look creatures have a weirdly shaped head that is completely armor-plated on their foreheads. 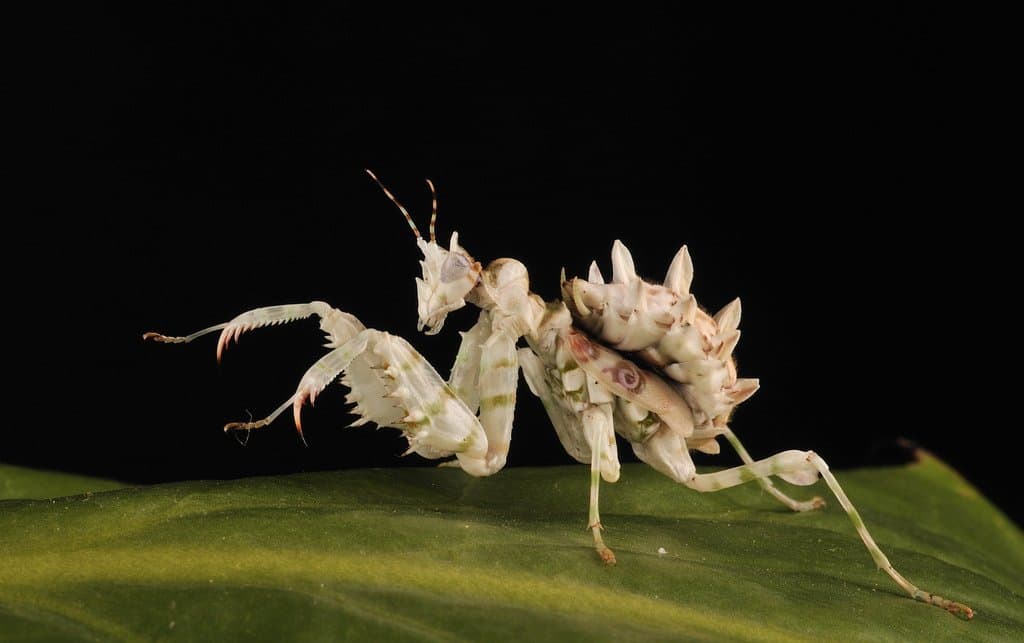 Yet another mantis that has an odd appearance, the Spiny Flower Mantis is a flower mantis that gives off the appearance of a flower. They can be found throughout Southern Africa, and are rather small. They only grow up to lengths of 1.5 inches. 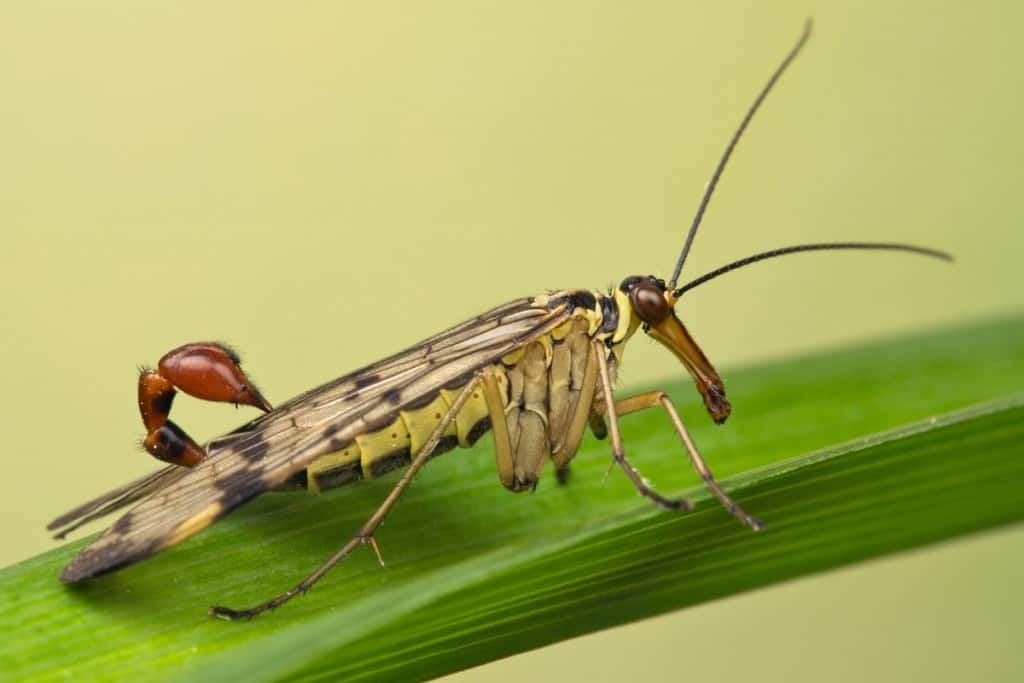 The Scorpionfly appears to be something a mad scientist could produce in his laboratory by combining a scorpion with a wasp. The stinger, however, is actually the genitals of the fly. But they are still terrifying.