10 Incredible Pieces Of Art Made Out Of Junk

One of the lasting features of humanity is art. Throughout history, people have always created works of art with no matter what materials were available to them. This is evident not just in modern day paintings but in ancient cave drawing and sculptures, proving that desire to create art is an intrinsic craving shared between many individuals. It is no wonder then that examples exist of people making their own pieces out of whatever they can get their hands on, even if it means creating a sculpture out of rubbish or junk, whether to make a political point or because it is the only thing that is available. 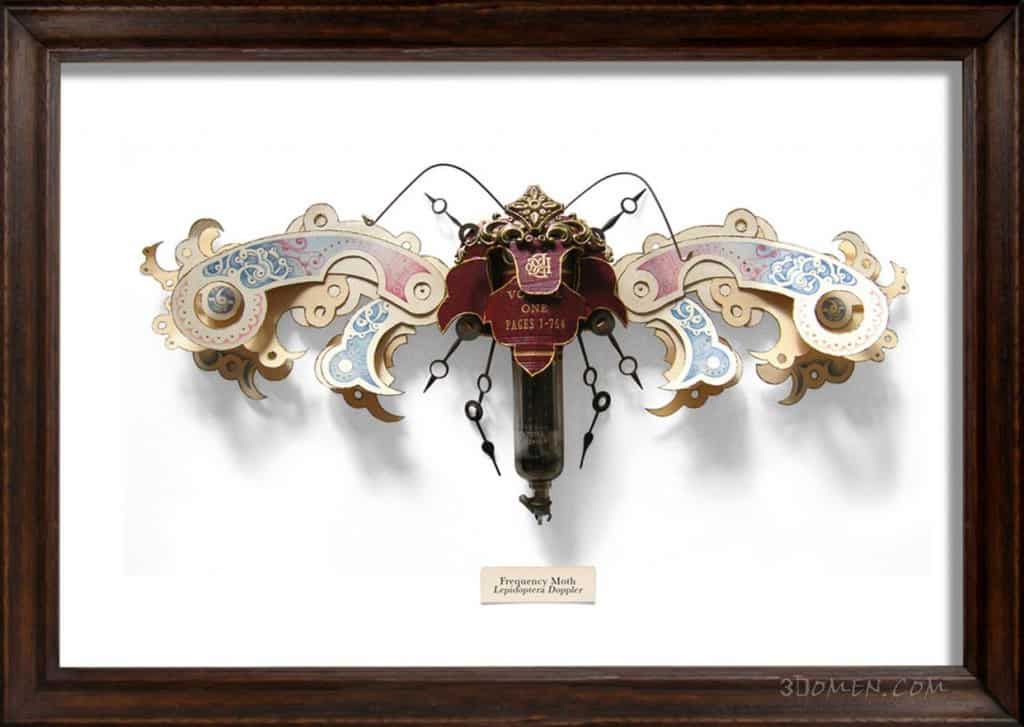 Mark Oliver has created a series of sculptures that he calls litterbugs. That is an appropriate name as they are mechanical insects that have been made from old items such as clocks and household appliances. 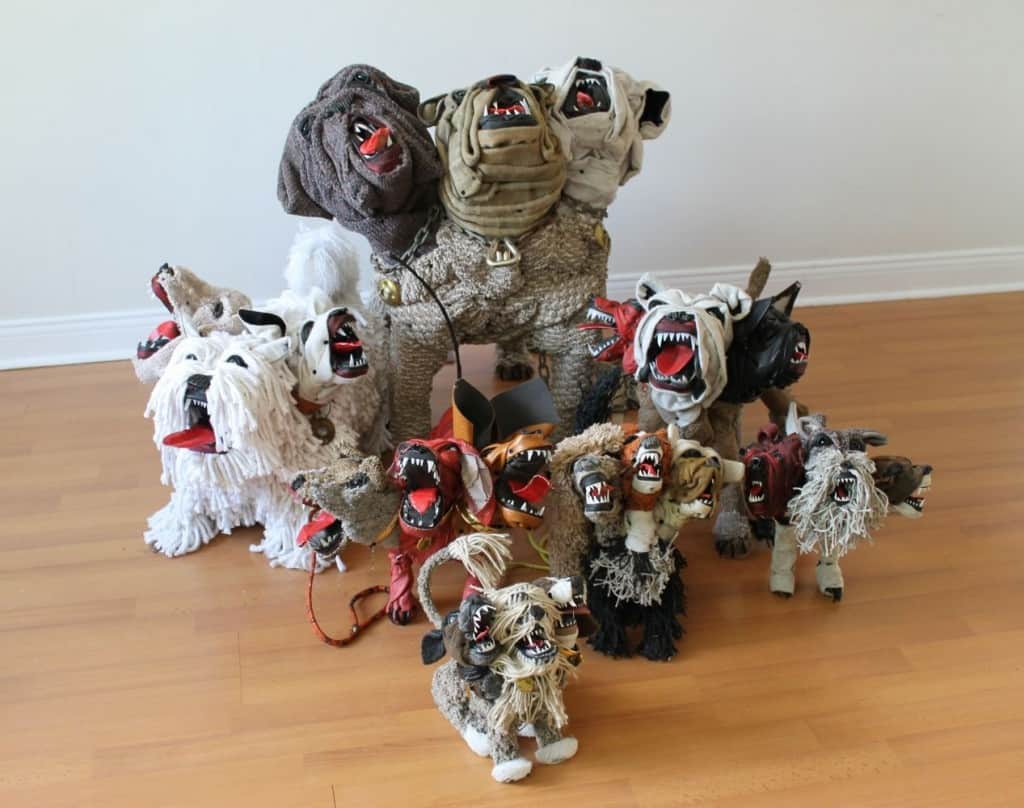 Made out of old bicycle parts, discarded PVC, old marbles and a variety of other materials, these animals are the brainchild of Johnston Foster. They, along with other animals and a large tiger sculpture, were part of an exhibition at the New York Rare gallery in 2010. 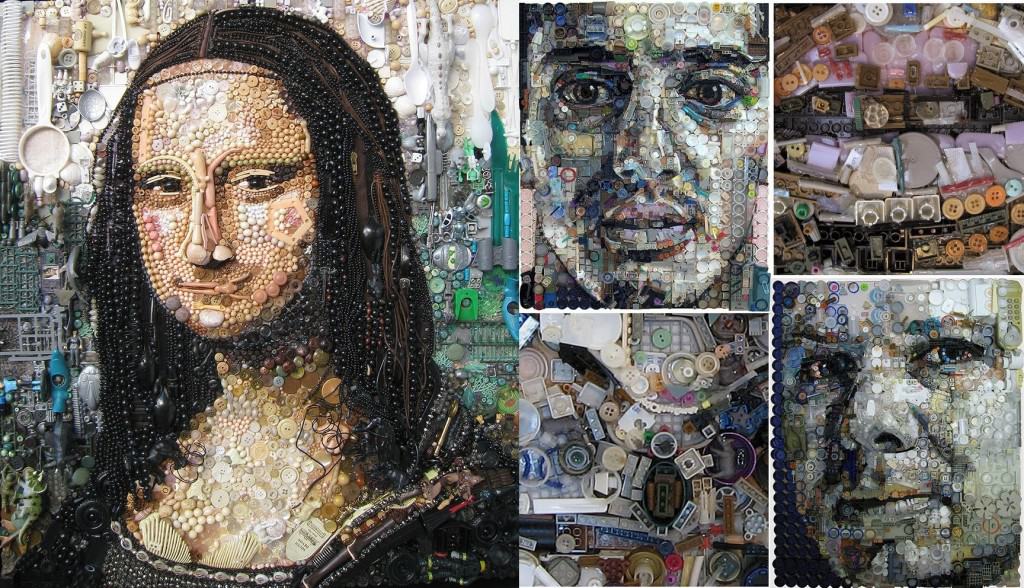 Zac Freeman has made a name for himself by creating various portraits entirely out of bottle caps and buttons. The only other things he uses to create these stunning pieces of art is a wooden canvas and a small amount of glue to stuck the plastic in place. 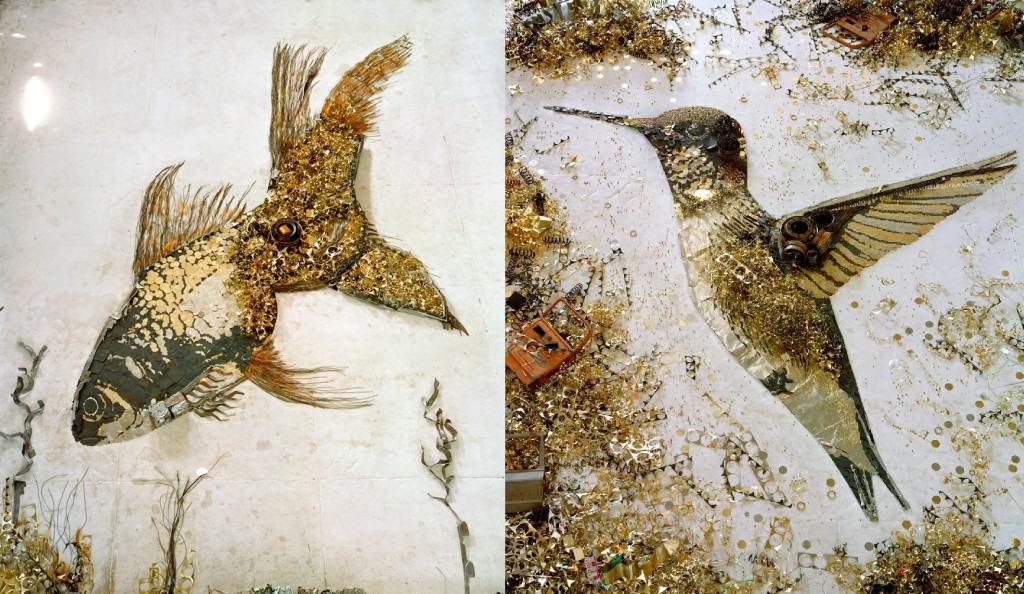 While Vik Muniz has worked on a wide range of different types of artwork, from paintings to sculptures. However, his most impressive works include a series of animal portraits that have been constructed out of scrap metal. 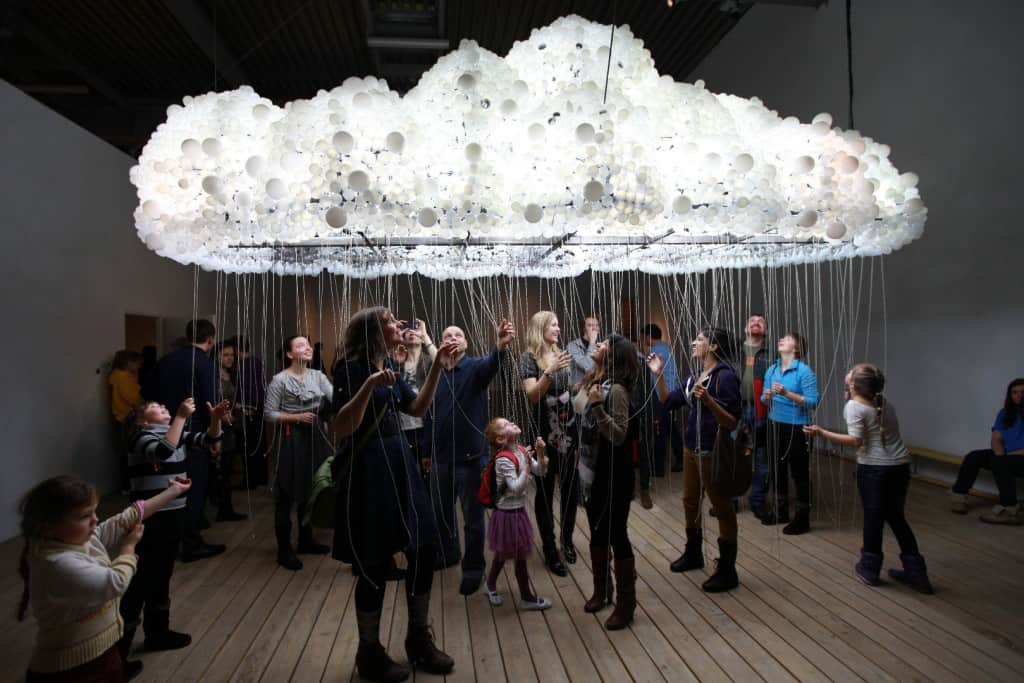 Made from hundreds of burnt out and discarded lightbulbs, the Cloud project by “Caitlind R.C. Brown” lights up as if the rays of the sun are firing through a real cloud. The hanging strings allow visitors to pull on them to cause the lights inside the installation to flicker. 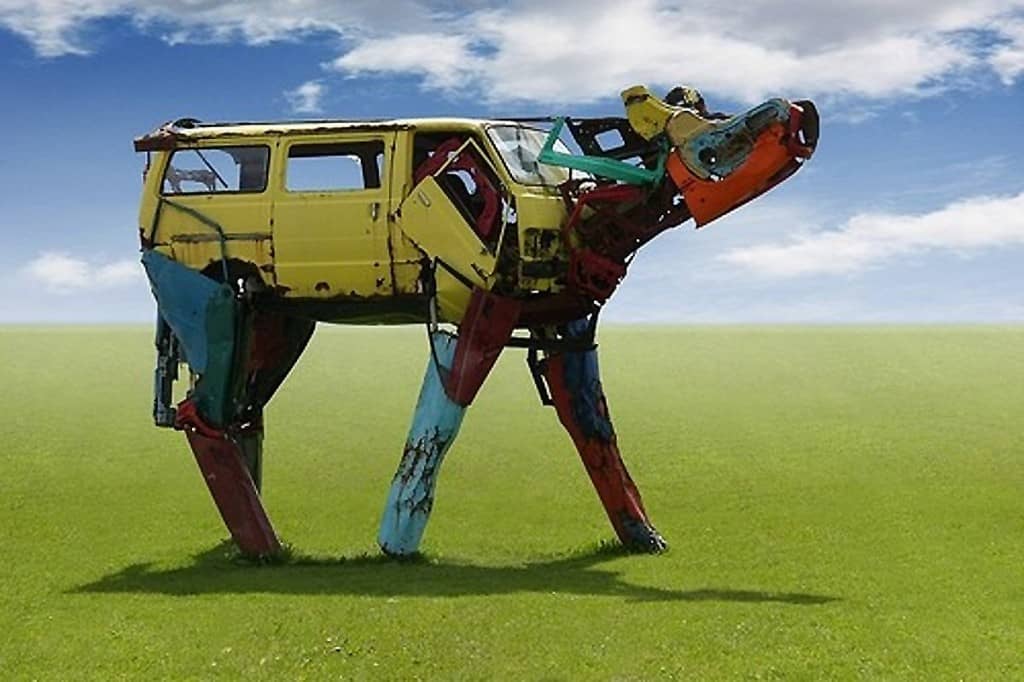 The work of artist Miina Äkkijyrkkä, Cow Car is just one example of several of different sculptures and portraits that she has made of the animals. Living on a farm, she made the structures out of old car parts and has mounted them around her real life cows. 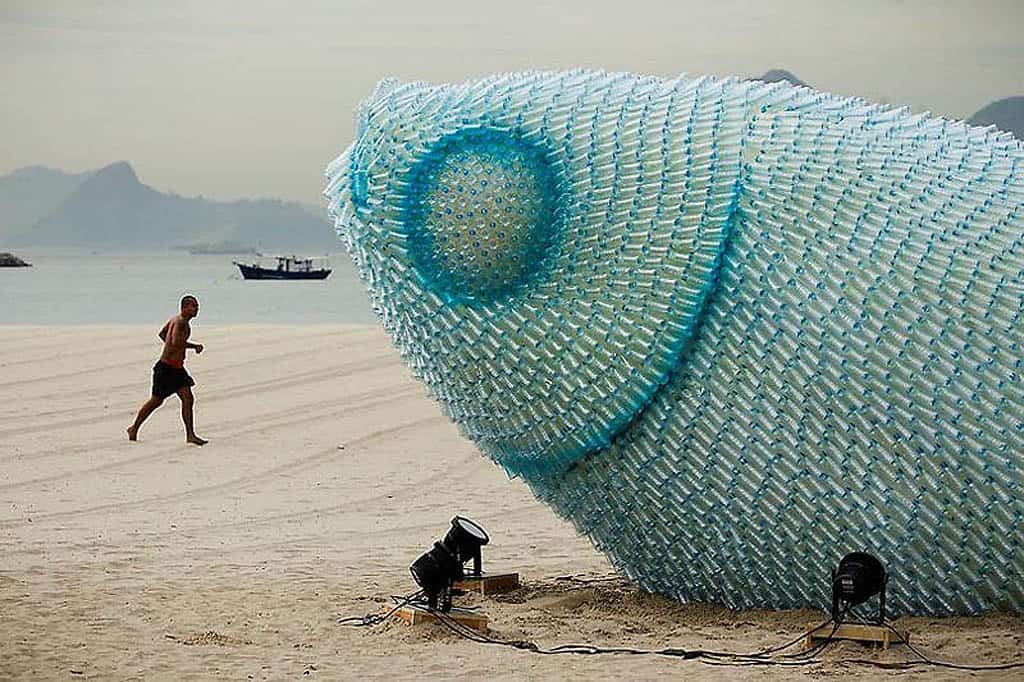 Created by a group of artists as a protest against the dumping of plastic into the sea, this giant fish stood on a beach for several days before it was taken down. 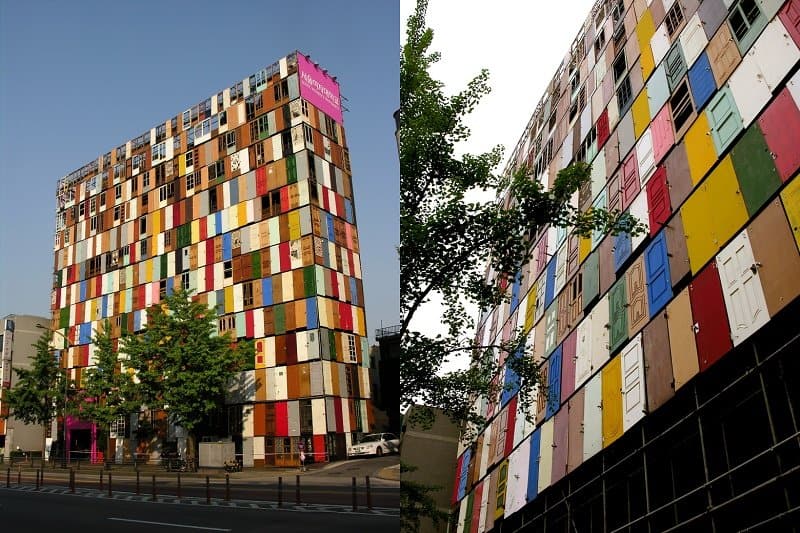 Doors is a huge installation created by artist Choi Jeong-Hwa. It is located in South Korea and is a staggering ten-stories high. When it was finished in 2009, more than 1,000 old doors that were no longer being used had been used in the construction. 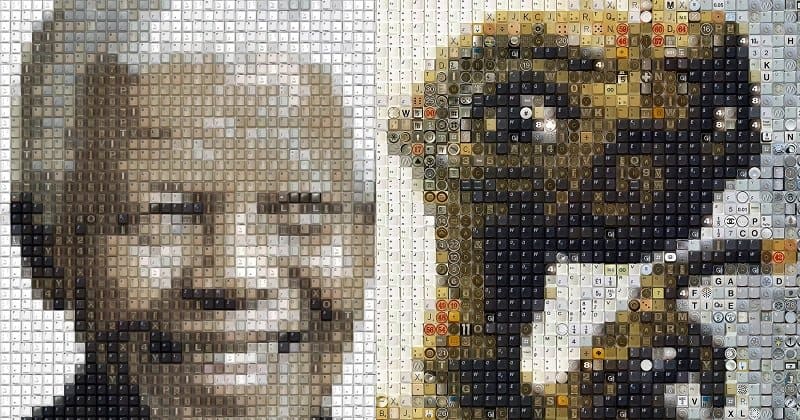 Known only by his DeviantArt name of Knight, this artist has set about creating a series of art that are essentially portraits of famous figures made entirely from keyboard keys. 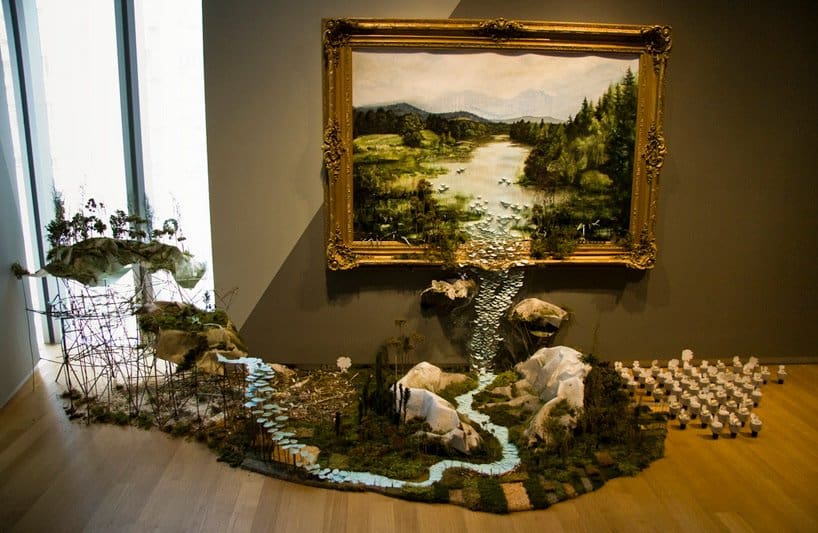 Gregory Euclide made an entirely unique piece of art that appears to be coming out of a painting that hangs on the wall. Called Microcosmic Park thanks to is resemblance of a theme park, it was made entirely out of rubbish and discarded items he found in Central Park, New York.