Sports events are one of the few occasions when ordinary members of the public have the chance to show off their sense of humor on a huge stage. Not only do they have the chance to reach an audience of thousands within a stadium but there is also the possibility that they might be shown on television all around the world, broadcast to millions of people. The easiest way to get noticed is with a sign that can grab attention and be funny at the same time, like the examples in this article. 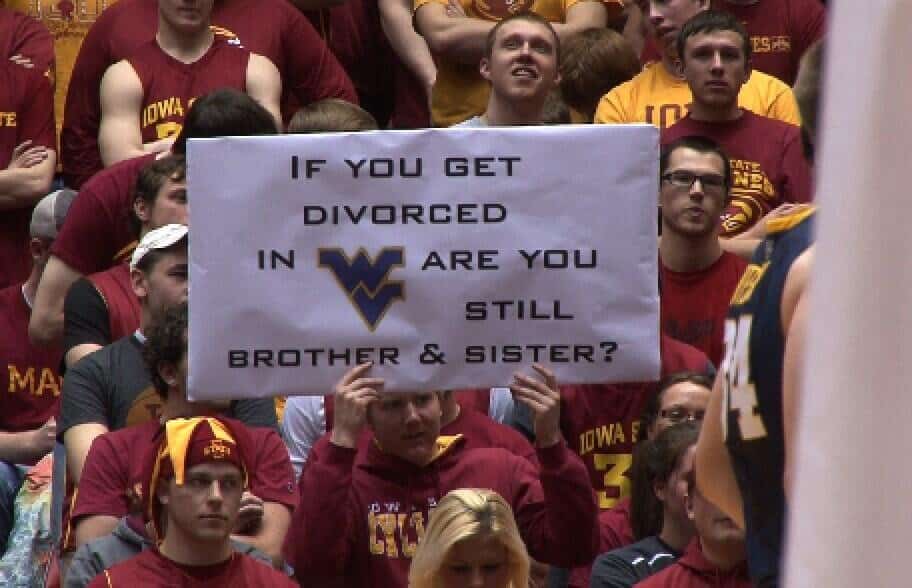 Even at college sports, the rivalry can get pretty intense amongst fans. 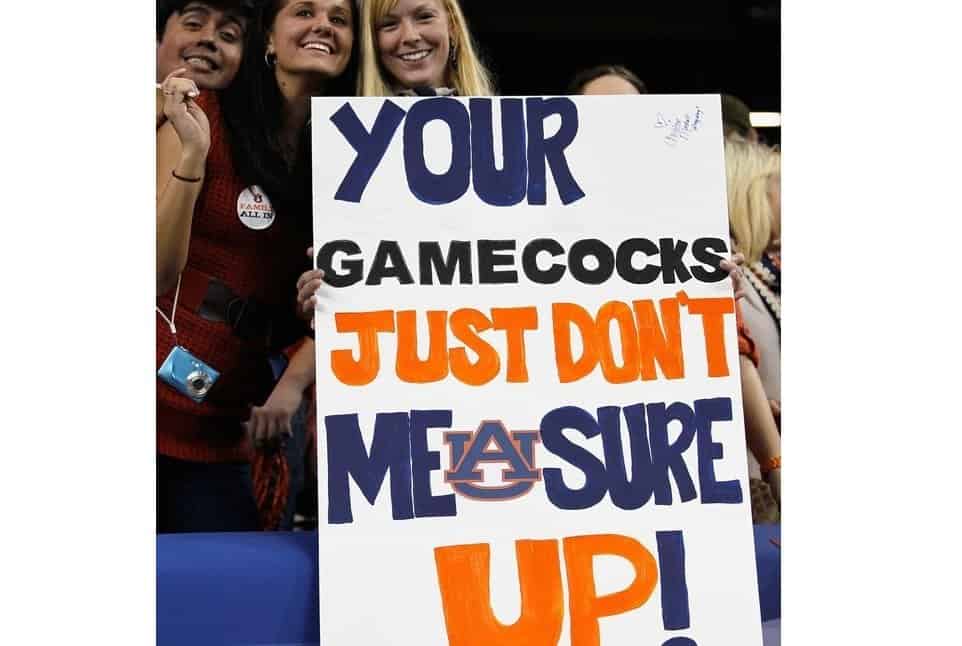 Who doesn’t love a nice dick joke, especially when it’s made by ladies like these. 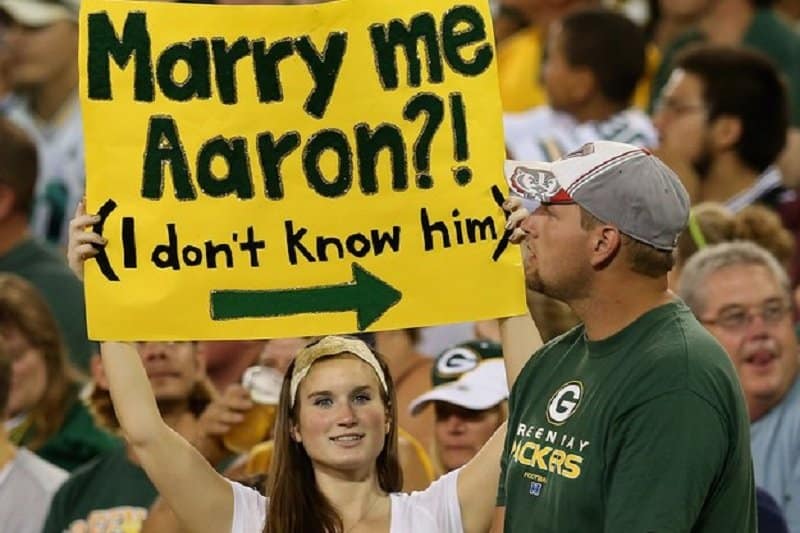 Aaron Rodgers has a big fan in the form of this girl, though it’s hard not to feel sorry for her boyfriend. 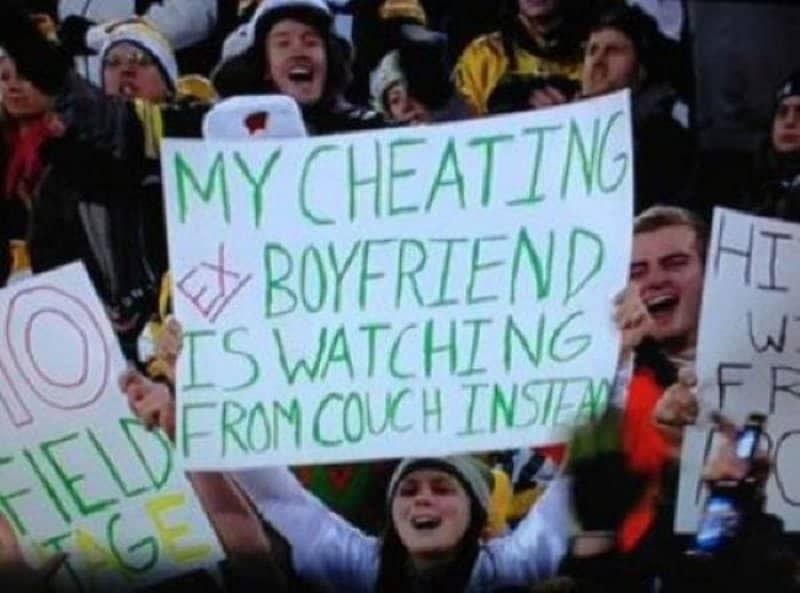 Getting dumped on national television while the world finds out you cheated probably wasn’t the best experience for this guy. 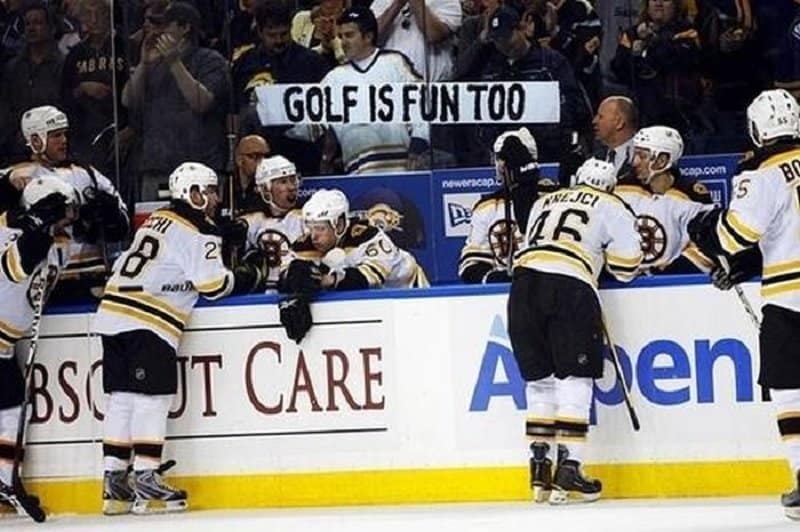 But it certainly isn’t as fun as ice hockey, especially without the fights. 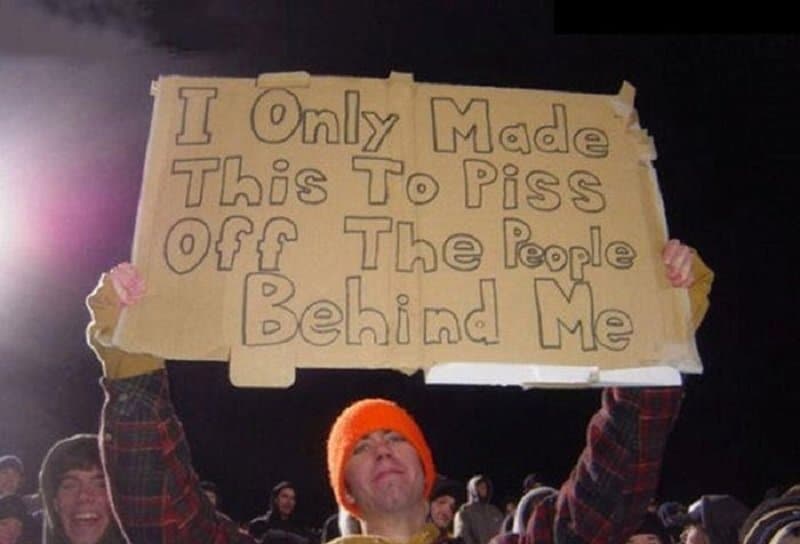 If that really was the only reason then it is probably safe to assume he has succeeded. 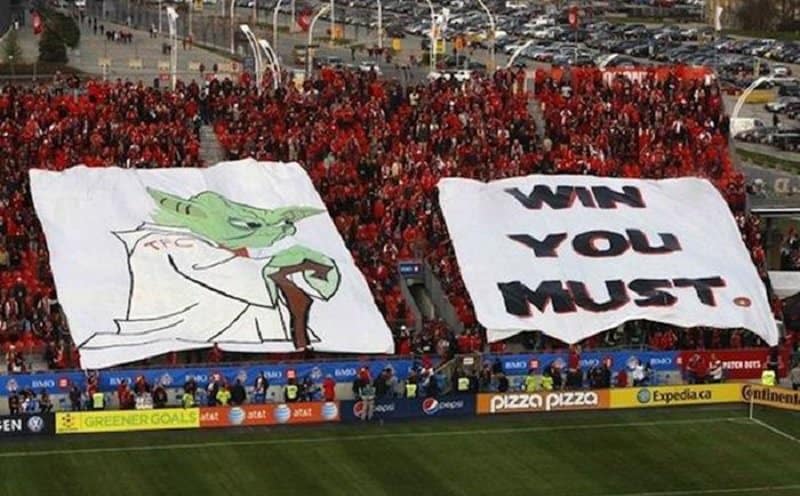 If this didn’t inspire the team to victory then we don’t know what could. 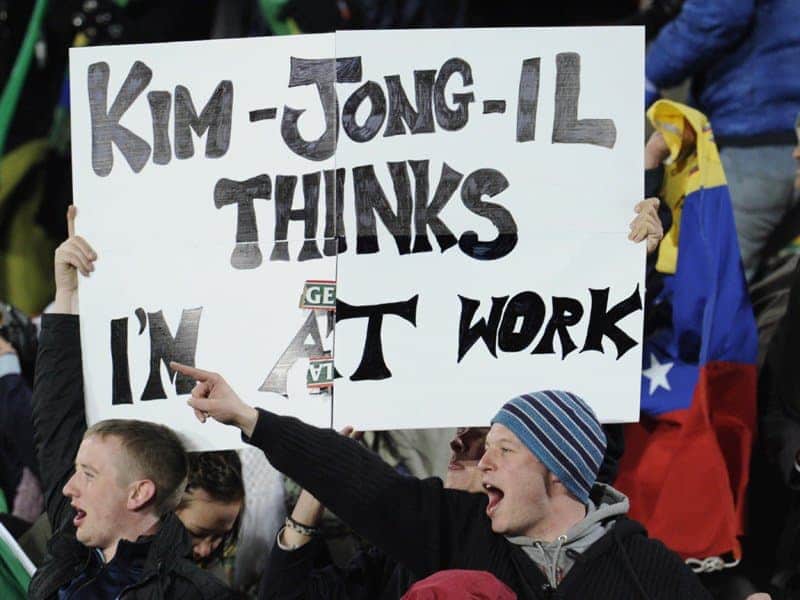 It isn’t exactly clear what message these fans were trying to get across but the sign is funny enough anyway. 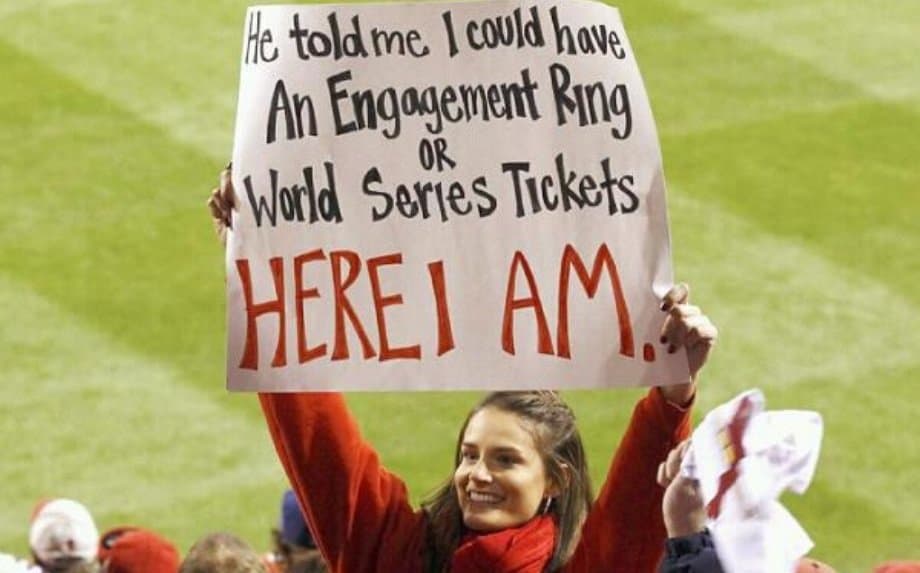 Let’s be honest, she might well have made the right decision here. 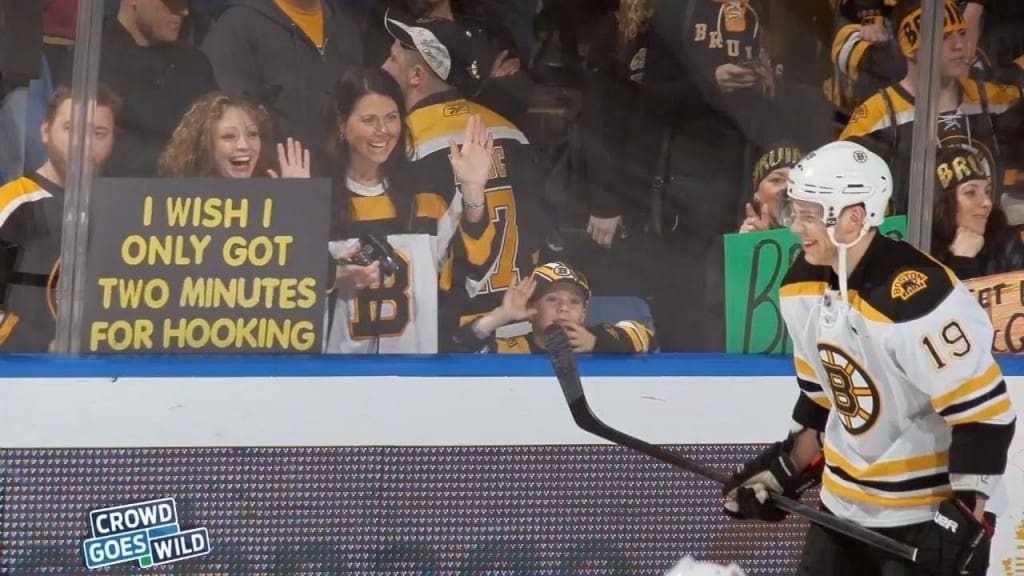 This woman even managed to get the ice hockey player to smile thanks to her sign.