There are people who seem to be born lucky — good things always seem to befall them. Some people, on the other hand, seem to be extremely lucky, beating the odds against normal circumstances, even death. Survival stories are always interesting, big news to everyone. Imagine, you get into a situation that seem impossible for a person to make it out alive — but then they did. It makes you ask: how did they do it? Here are 10 of the most nail-biting stories featuring people who beat certain death.

Cyclist Gets Sandwiched Between Vehicles and Luckily Escapes 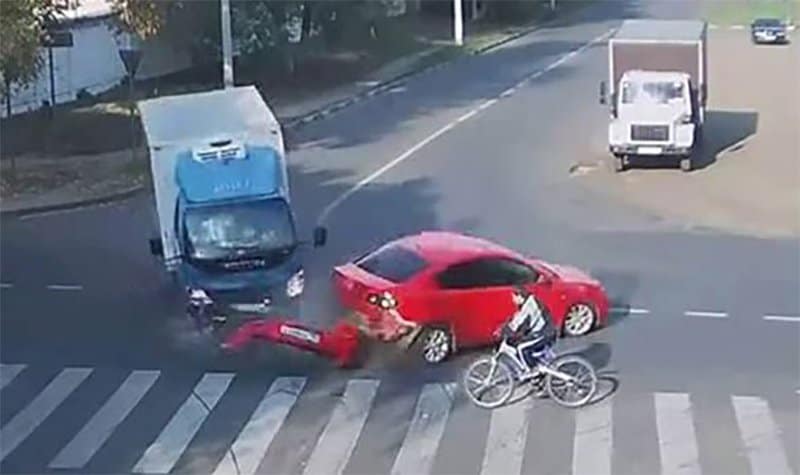 Cyclists have higher risks on the road than any other type of driver. No matter how vigilant a cyclist is, you can get into accidents when other drivers are hapless and irresponsible.

One particular cyclist from Russia got sandwiched between a delivery truck and a car when the two cars crashed in an intersection. We can see in the CCTV cameras how the accident happened — and how fortunate the cyclist was to come out of the crash without a scratch.

Man’s Car Gets Crushed Between Two Trucks, and Lives 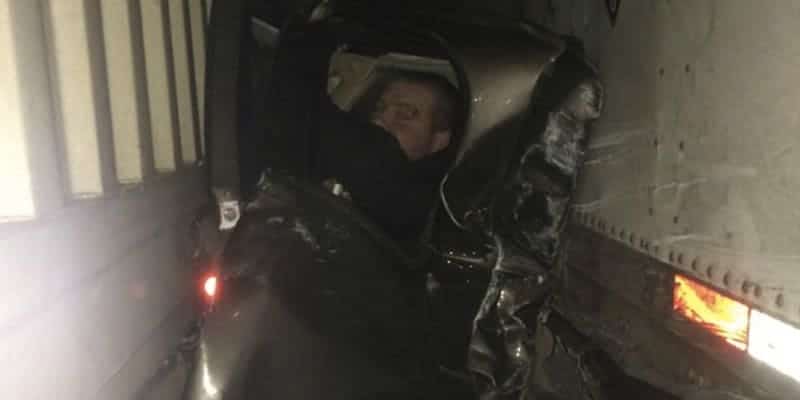 Another certain individual got sandwiched between two vehicles — this time two massive tractor trailers — and miraculously walked away unscathed. Kaleb Whitby crashed into a truck while driving in Oregon, on a road that was covered in black ice. After the first crash, the thought he was in the clear until another trailer headed straight in front of him. His car got wedged in between, and 20 more cars ended up caught up in the wreck. After everything, he is still alive.

Grandma and Child Survives After Being Run Over by Car 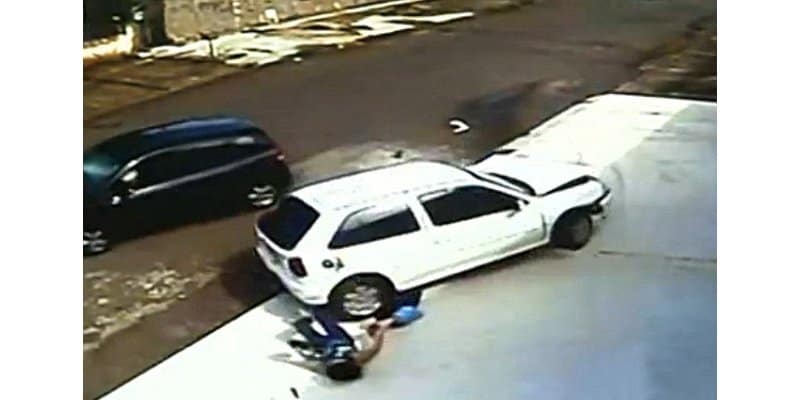 On a road in Brazil, a collision caused a parked car to rush towards a 56 year old woman and her 5 year old grandson, who were walking on the sidewalk.

Amazingly, despite being run over by the car, the young boy gets up dazed but unharmed. He immediately comes to his grandma who is lying on the ground. Both are shocked, but they are otherwise fine. 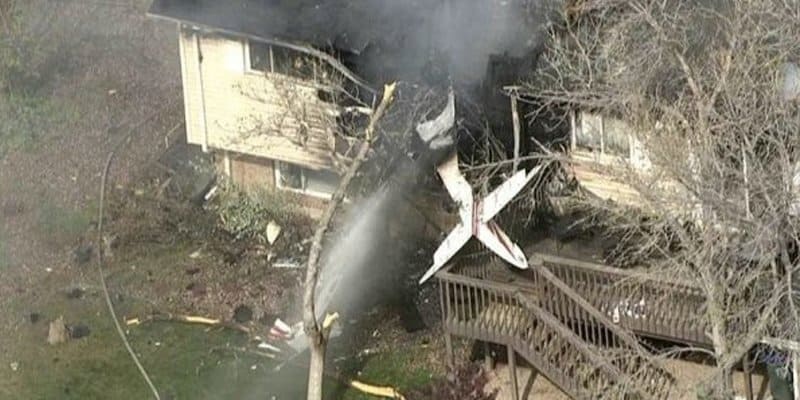 So we talked about a few car accidents so far — but how about plane crashes? The latter is a lot more scarier — and seems to seal the fate of the passengers.

In May of 2014, a pilot lost control of the plane and crashed into a house in Northglenn, Colorado while flying upside down. He walked away from the debris unharmed. And thankfully, no one was home at the time!

Couple Survives Lightning Strike Because They Were Holding Hands 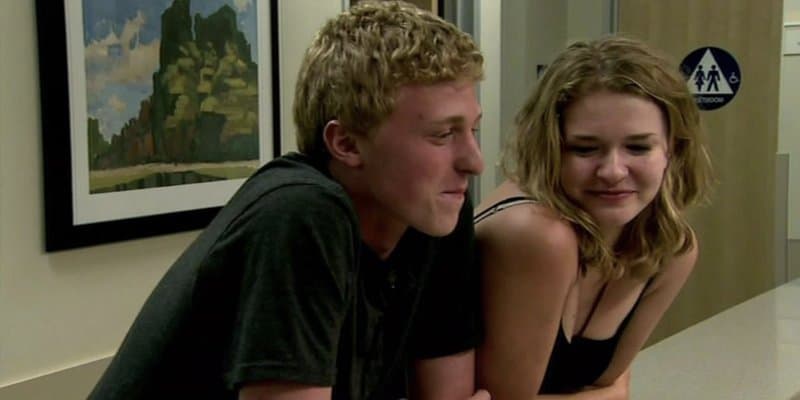 Lightning strikes seem like a rare cause of death, but around 20,000 people are struck every year. One couple from California, USA were out when they encountered a severe thunderstorm and left stranded. That’s when a lightning struck them, but fortunately survived. They were sent to the hospital where the doctor told them that holding hands helped them save their lives, as it helped diffused the electric current that ran through their bodies. 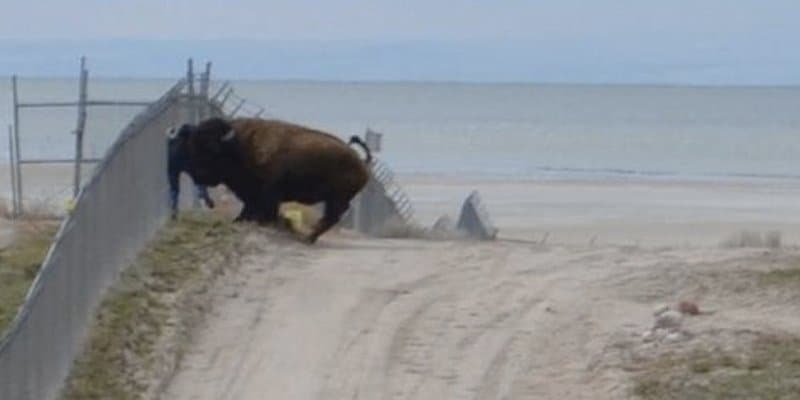 A man visited the Antelope Island State Park, Utah when he became the target of a 1,500 pound North American bison. The animal charged and he got repeatedly rammed into the fence. This might have saved him, because if he had been trampled he would’ve died from internal injuries. He got some bruises but ended up alive and breathing. 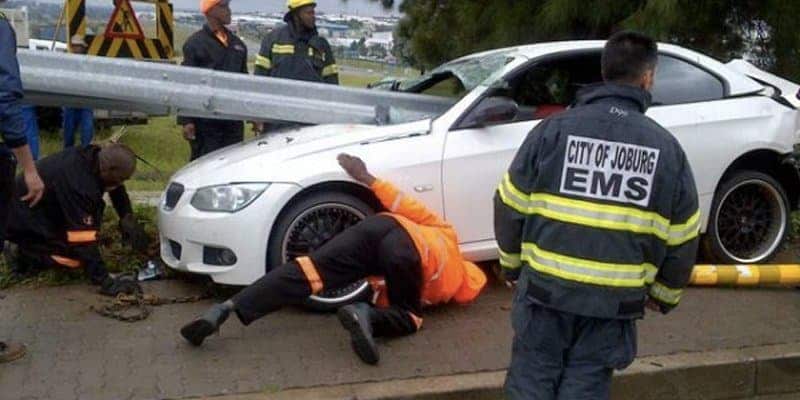 What happens when a car gets impaled by a big pole? We would definitely assume the worst, but for this driver, he got away pretty scot-free. South African football star Rooi Mahamutsa got into an accident that skewered his BMW like a kebab — but he was able to walk away from the accident completely unharmed! Now he is one lucky guy.

Man Survives After Lamorghini Splits in Half 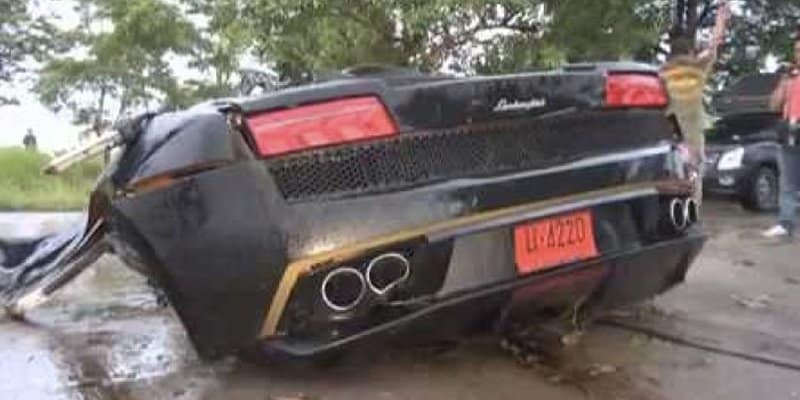 A wannabe race car driver got into a near death experienced when he crashed his Lamborghini Gallardo in Thailand and it split in half.

Amazingly, the driver walked away safe and sound despite his Lamborghini being cut in half. He is even seen talking on his mobile phone just minutes after the crash. He attributes the miraculous survival to a Buddhist amulet that he wears all the time.

Racer Thrown Through the Windshield and Walks Away Alive 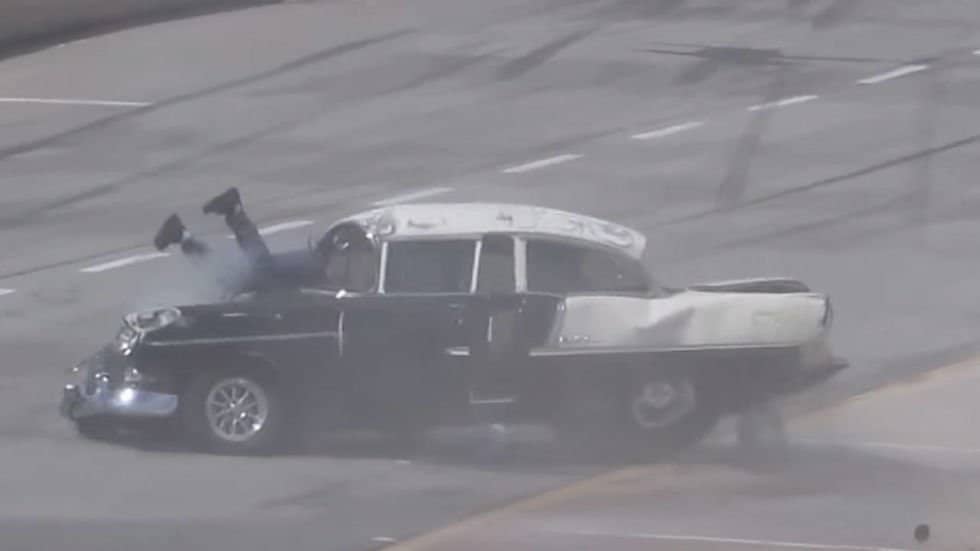 Obviously, drag racers have a much higher risk when it comes to car accidents than most common folk. Some racers are luckier than others. In one particular race at the Pikes Peak Int’l Raceway, the driver of a Chevy fishtailed and crashed with another car. The 1955 Chevy flipped 360 degrees and the lower half of the driver’s body hung dangerously in front of the windshield. Amazingly, the drag racer walked away alive, except for a few scrapes.

Man Falls Off Cliff And Comes Out With Only a Ticket 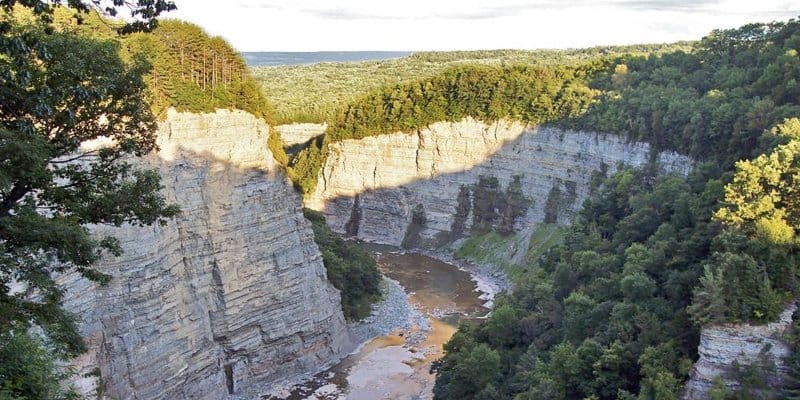 Falling off from great heights seem to warrant immediate death, but Timothy Mazurcak fell off a 60 ft. cliff — and managed to survive without a scratch.

Timothy was hiking in Letchwork State Park when he lost his footing and slipped off the cliff’s edge. It took authorities two hours to rescue him, but thankfully he wasn’t in grave danger. He was later ticketed for failing to use the park’s designated trails.