Accidents happen. Everybody knows that, but accidents that end in the death of a human being are especially tragic. It may be frightening to realize that many awful accidents that end up claiming lives occur in people’s houses; the one place where they should be able to feel safe and secure. What Americans may be surprised to hear is that accidents involving stairs are the second most common fatal accidents out there. Thousands of people die every year due to incidents involving falling down staircases; however, there are a handful of cases that may not be as “accidental” as they were made out to be. Read below, and decide for yourself! 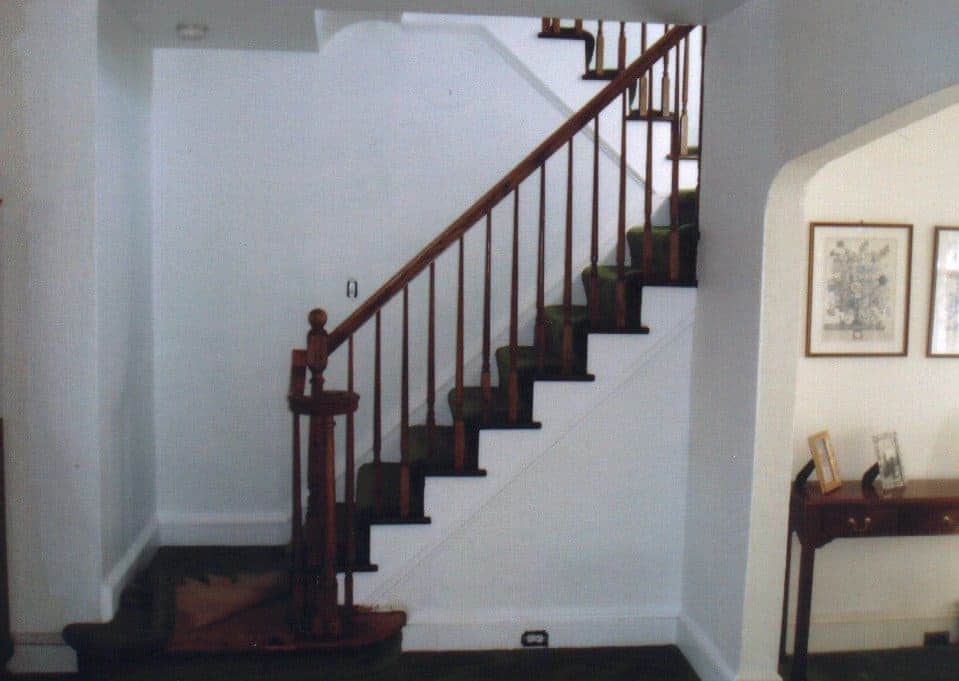 The tragic death of Kathleen Peterson is one of the most well known and disturbing staircase deaths in history. Kathleen was discovered dead at the bottom of her stairs in 2001, and had sustained several deep lacerations to the back of her neck. The amount of blood was not consistent with a mere fall. The position of Kathleen’s body was also found suspicious, as even after a “fall” it had landed with her neck and spine perfectly aligned. A bloody footprint found on the back of her pants led to the conviction of her husband, Michael Peterson, in 2003. 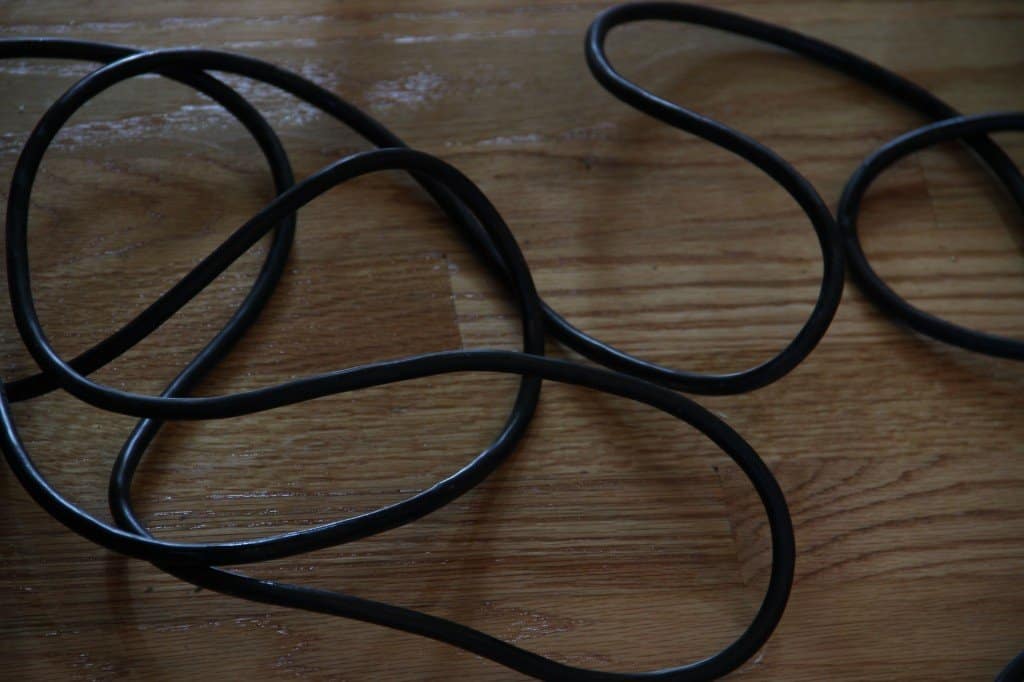 When Louise Evans’ body was found at the bottom of the stairs in her home, she had a jump rope and a vacuum cord tangled around her body. It appeared as though she may have tripped over the cord, thus causing her fatal fall. However, further investigation revealed evidence that the injuries sustained by Mrs. Evans were consistent with assault, and that her death had occurred after the fall.

A neighbor would later testify to hearing Louise screaming the night of her death, and separate evidence revealed that Louise had recently confronted her husband about an affair. Mr. Evans, the sole suspect in the case, was convicted of murder in 2013. 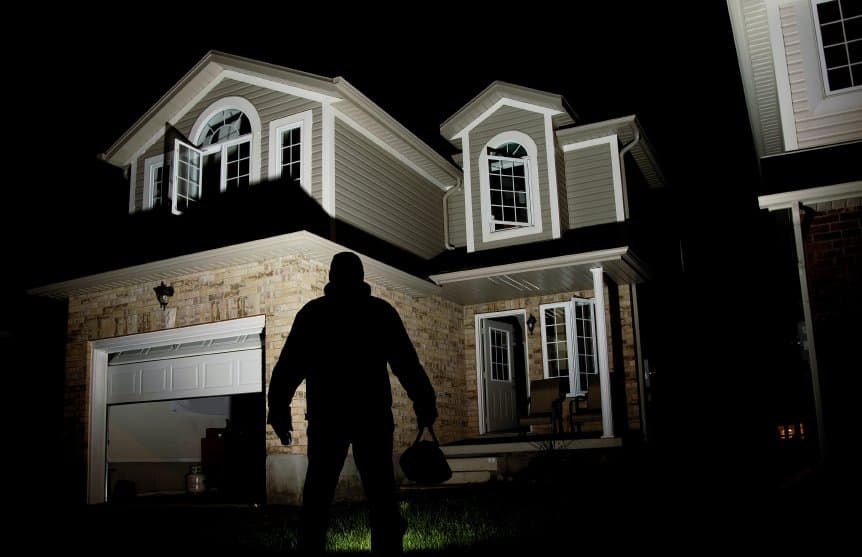 In January 2010, Mr. Goodwin was found dead at the bottom of his staircase in Minnesota. Lee was an active retired fireman, known by his colleagues, and for a while nothing appeared suspicious about his death. This changed when police discovered that various items were missing from the Goodwin home, including Lee’s wallet. When the wallet was discovered in a nearby dumpster, the incident was labeled as a homicide, likely caused by a thief. 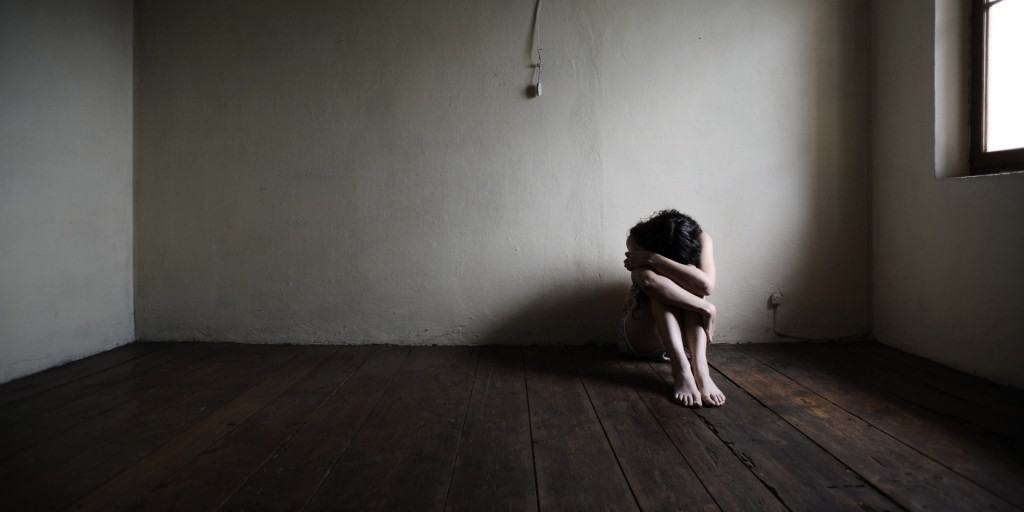 Kristine’s tragic death was one that immediately appeared suspicious to investigators. While her body was found at the bottom of her basement stairs, her bloody shirt was found in her family’s car, along with blood stains on her husband’s, Kenneth, shoes. It was reported that Kristine had been preparing to tell her son that Kenneth was not his father. Further evidence showed that Kristine had actually been killed in the family’s kitchen, before her body was moved. This was enough for Kenneth Fitzhugh to be convicted of murdering his wife in 2001. 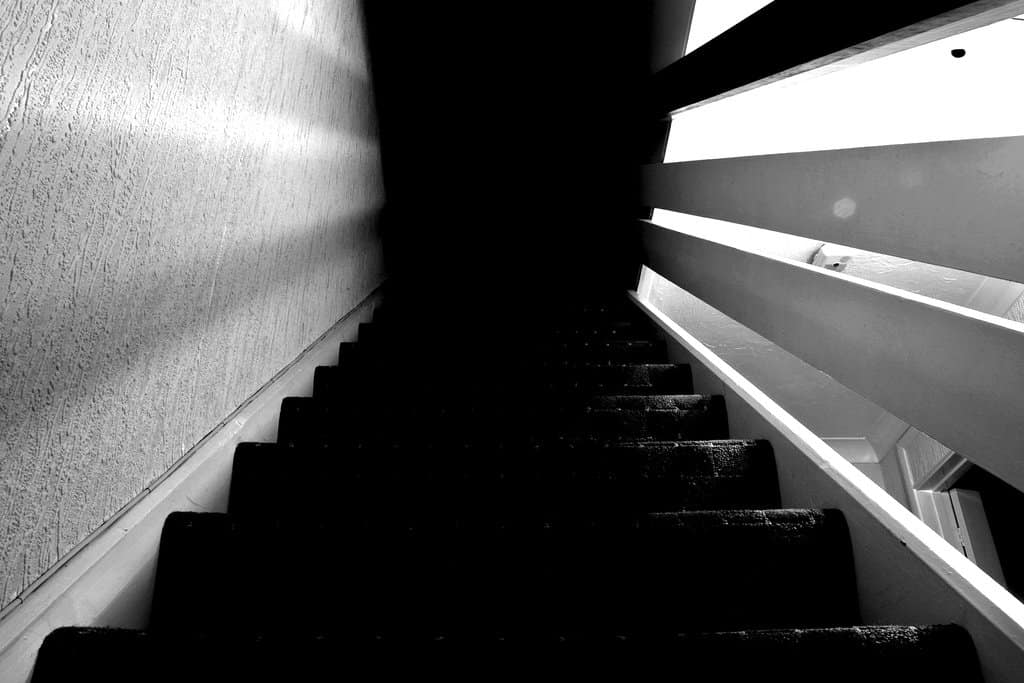 The story that Laurie’s husband gave to the police was innocent enough: that his wife, while wearing socks, had slipped and fallen down the freshly cleaned wooden stairs in their home in July 2014. However, evidence suggested otherwise. An autopsy revealed that Laurie had actually died due to a blow to the back of her head, which was accompanied with numerous defensive wounds. Due to this convincing evidence, Mr. Wolfe has since been forced to stand trial for the death of his wife in February 2015.

Soso Kimeridze was found dead at the bottom of a staircase in a police station. Only moments prior, he had been under questioning by police as they investigated a robbery that Mr. Kimeridze had not yet been convicted for. However, while the police station was full of people, there were suspiciously no witnesses to the “accident”, and reports revealed that Soso had obtained injuries to his face that made it seem as though he had been assaulted during the interrogation. While the police held firm to their claim that Soso’s death was accidental, many have been suspicious of the incident, resulting in the dismissal of the district police. 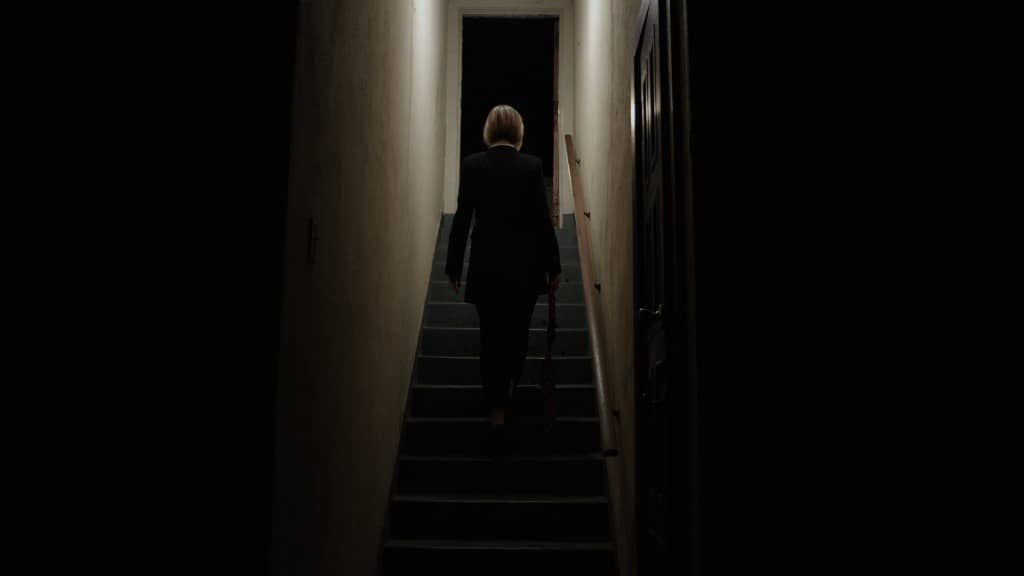 Mrs. Johnson’s death is an example of a death wrongly accused of being suspicious. She was found alive at the bottom of her stairs, but later succumbed to her injuries and died. It was discovered that her husband, Clayton, had taken out a large life insurance policy just prior to her death, and that he had recently started seeing a younger woman. This evidence led the trial jury to convict him of murdering his wife.

However, Mr. Johnson’s conviction did not last. Pathologists were later able to determine that Janice’s death was nothing more than a freak accident, and that all of the suspicious circumstances were nothing more than coincidence. Clayton Johnson was released from his 5 year prison sentence. 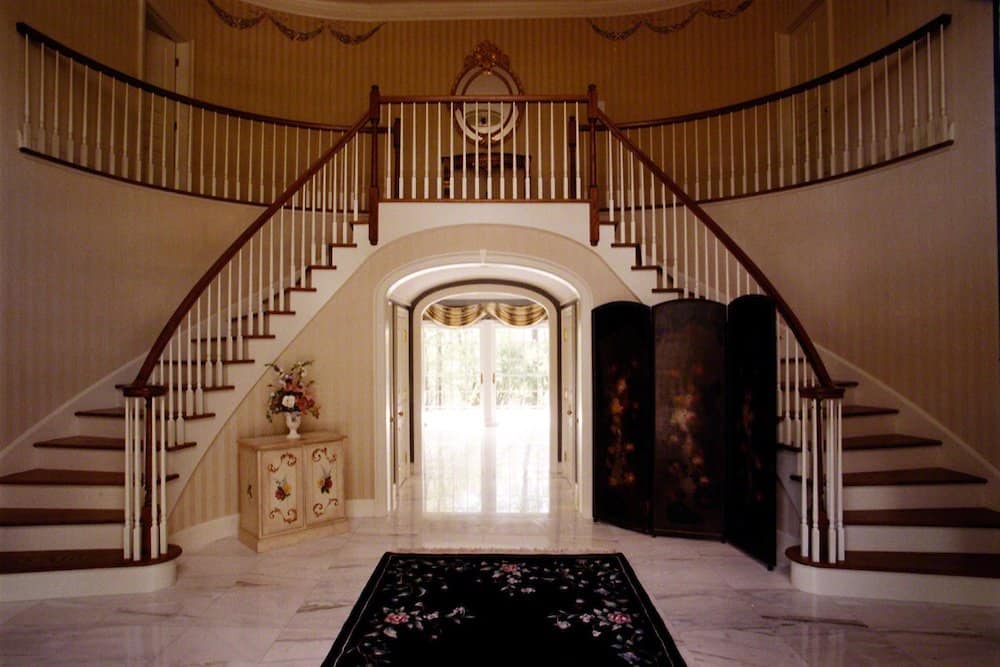 Bette Lucas was a wealthy socialite who was found dead at the bottom of the stairs in her own home. Her son served as witness, and claimed that his mother had accidentally fallen while carrying a heavy VCR. However, police found blood in the foyer that had been cleaned up, along with other convincing evidence that the son was not being truthful. Rather, it seemed as though the only explanation was that he had pushed her. When it was finally learned that Steven Baker was in financial trouble and had been written out of his mother’s will, he was convicted of murdering her. 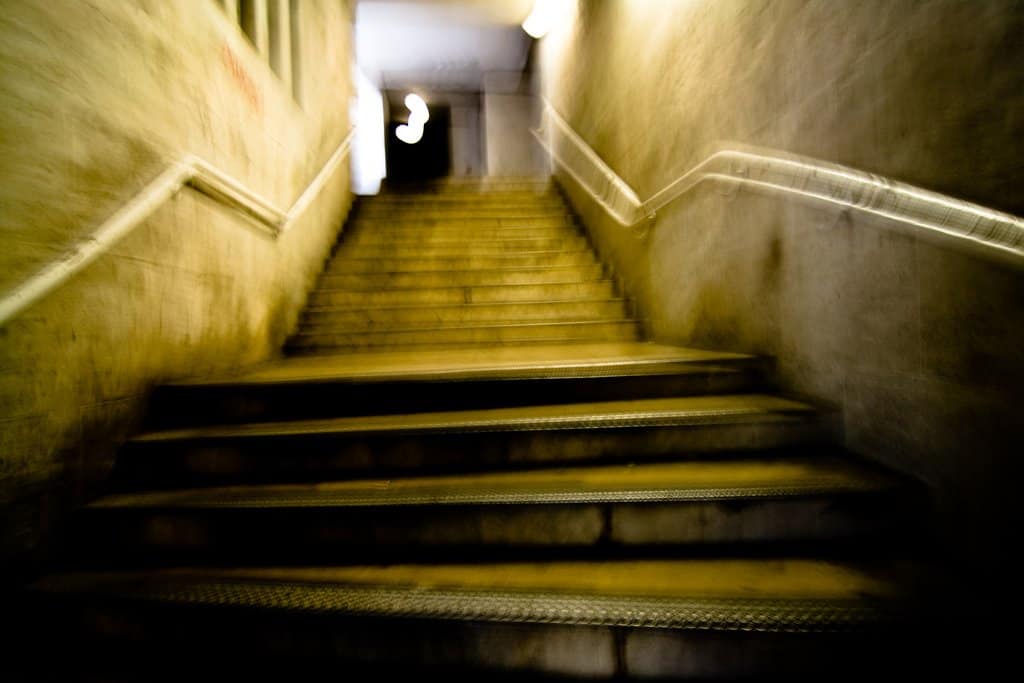 Karina was found dead at the bottom of the stairs in her home. Her husband, David, explained that it had been an accident. However, the police took issue with the idea of an accidental fall, as the body was discovered around the corner from the stairs, and was covered in bruises — as well as a single bloody shoe print mark, found on her leg. When it was discovered that David had taken out accidental death and disability insurance on his wife, he became a suspect, and later was convicted of murder when it was discovered that Karina actually died due to cardiac arrest. Letters written by Karina to her mother would later reveal that David was both physically and verbally abusive to her. 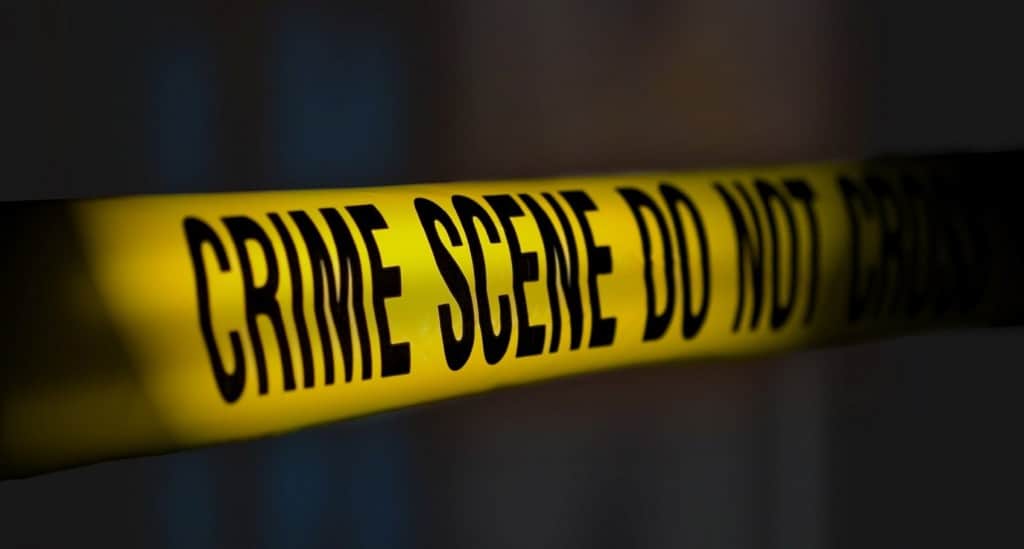 The “accidental” death of Jewel Schemer, a minister’s wife, occurred in 1999. At the time there was no evidence to suggest that it was anything other than a freak instance. However, in 2008, the case was reopened when a man killed himself because someone by the name of A.B. Schirmer had been sleeping with his wife. This person was Jewel’s husband, whose second wife had also died in a tragic “accident”. Reports would soon discover that both of his wives suffered brain trauma before dying. This brain trauma would have caused Jewel’s fall. A.B. Schemer was soon convicted and given a life sentence for murdering both of his former wives.