It has been discovered that about five percent of the total human population suffers from acrophobia – the irrational fear of heights. The rest of the people in the world are simply more cautious and avoid standing on the edge of a cliff for long periods of time. As a species, however, we tend to love building our structures in places that leave us with a wonderful sight line towards nature. If that means building on the edge of a cliff, then so be it. Here are ten death-defying structures built on cliffs. 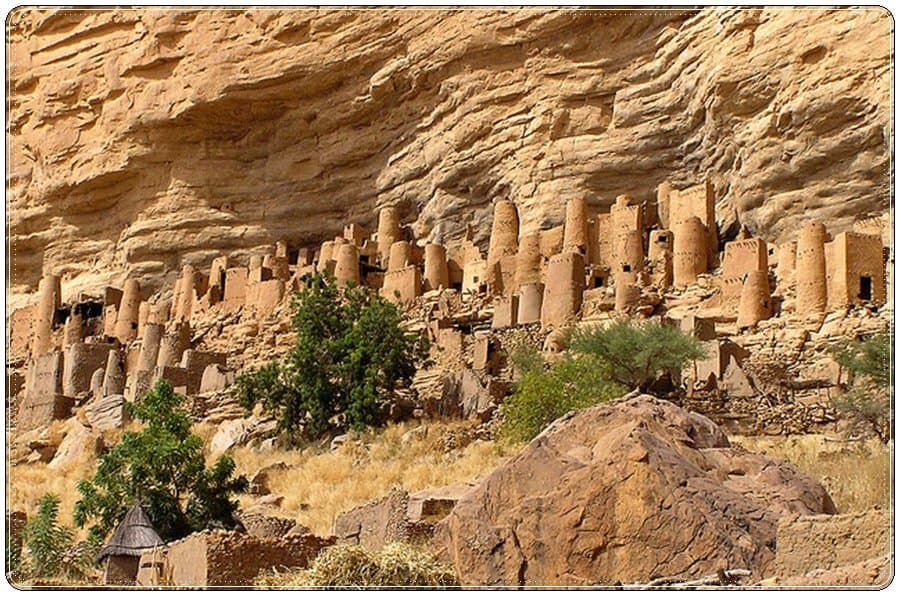 The Bandiagra Escarpment of Mali is the home of the Dogon people, who have been living in the same area since the 15th century. To protect themselves, the Dogon people constructed their dwellings on the edge of a cliff face. 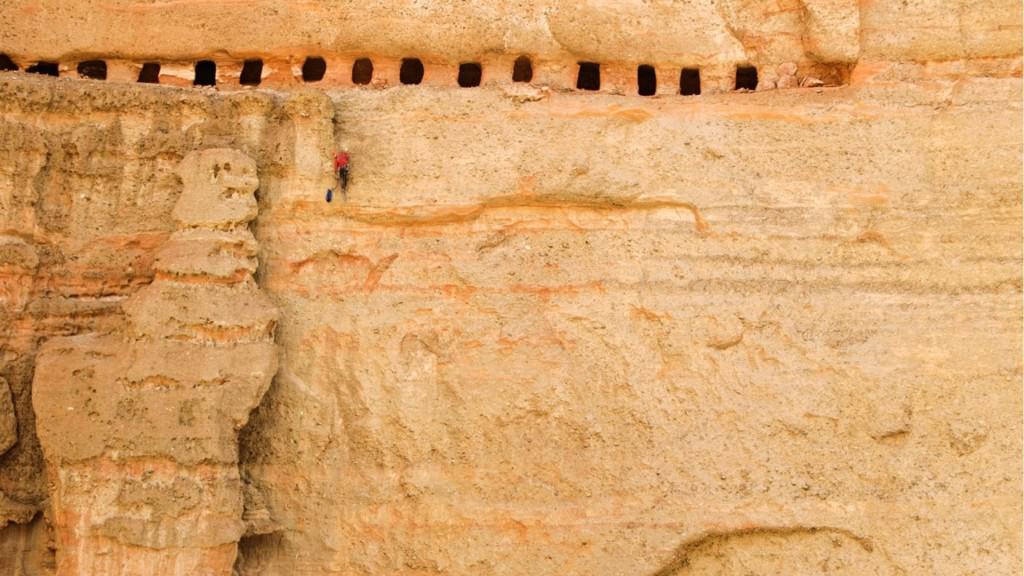 The Sky Caves Of Nepal, which are housed within the Himalayas, are located in a gorge that is much bigger than the Grand Canyon. The cliff wall has over 10,000 caves, some of which are almost 150-feet off the ground. 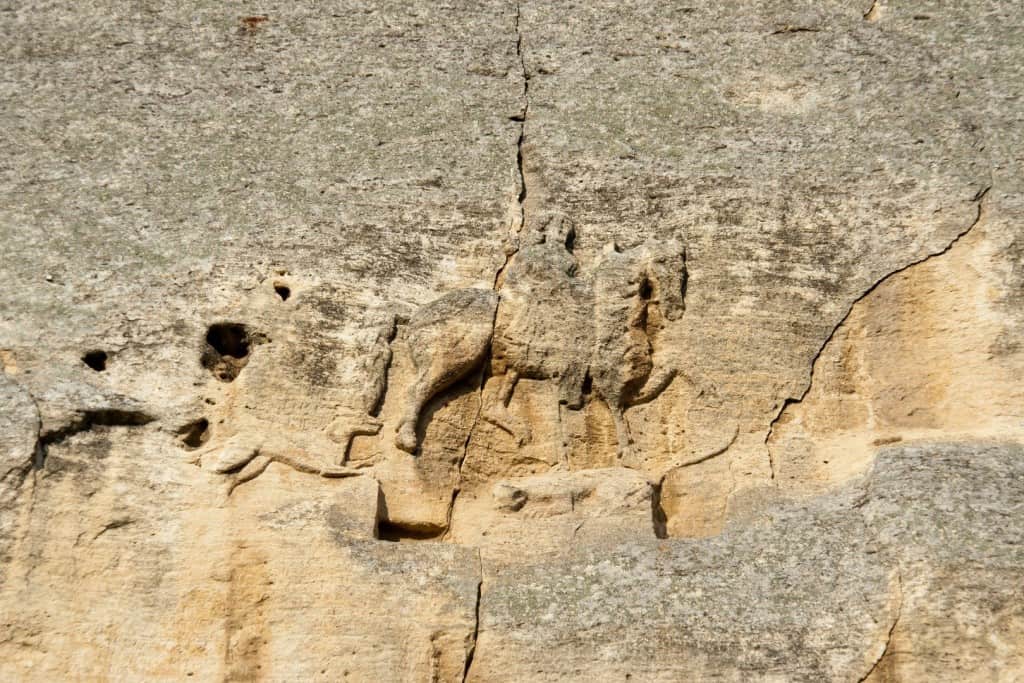 The Madara Rider, which is around 75-feet above the ground on a cliff face in Bulgaria, has a carving of a horse rider and a dog fighting a lion. UNESCO believes it is the only one of its kind. In total, the cliff is 330-feet tall. 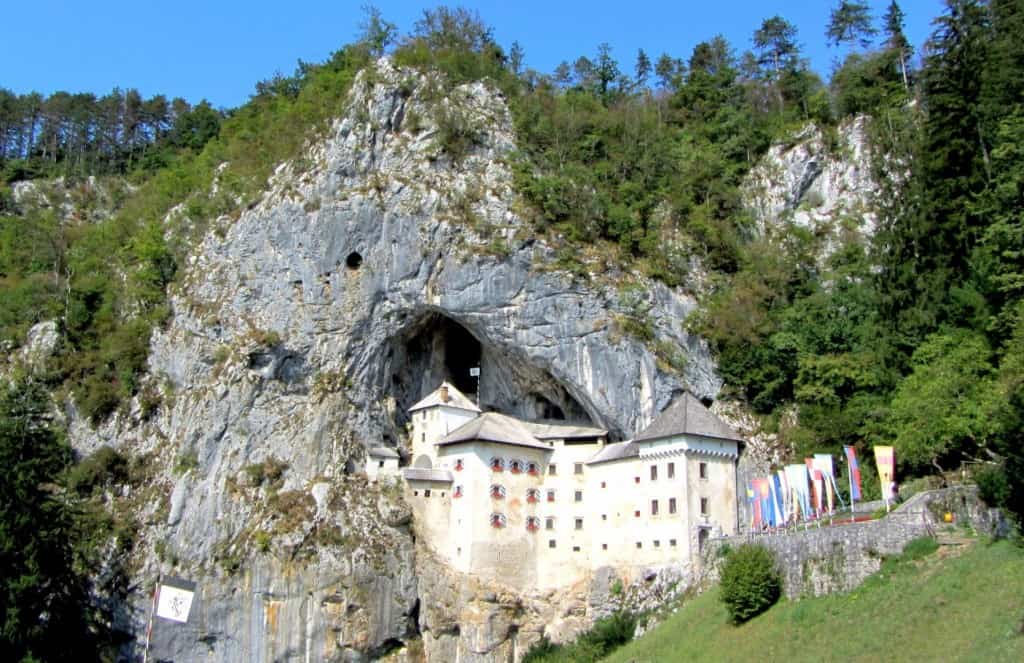 The Predjama Castle was built to ensure it was impenetrable by any enemy forces. The castle was constructed along the side of a 400-foot cliff in Slovenia. It almost appears trapped within the limestone. There are said to be secret tunnels into the cliff.

The Neptune Of Monterosso al Mare 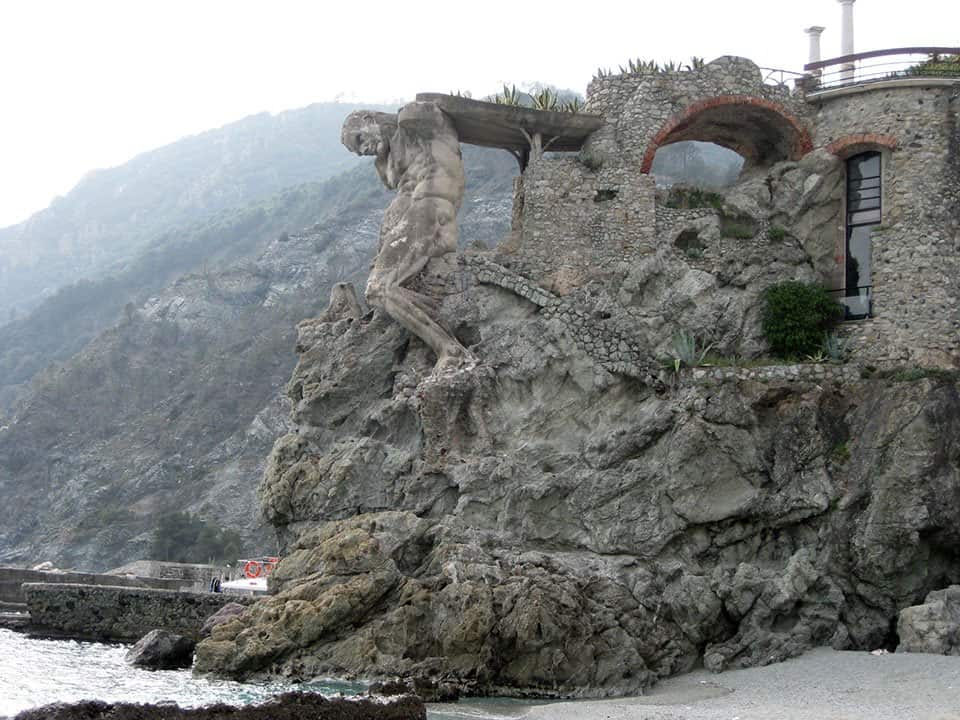 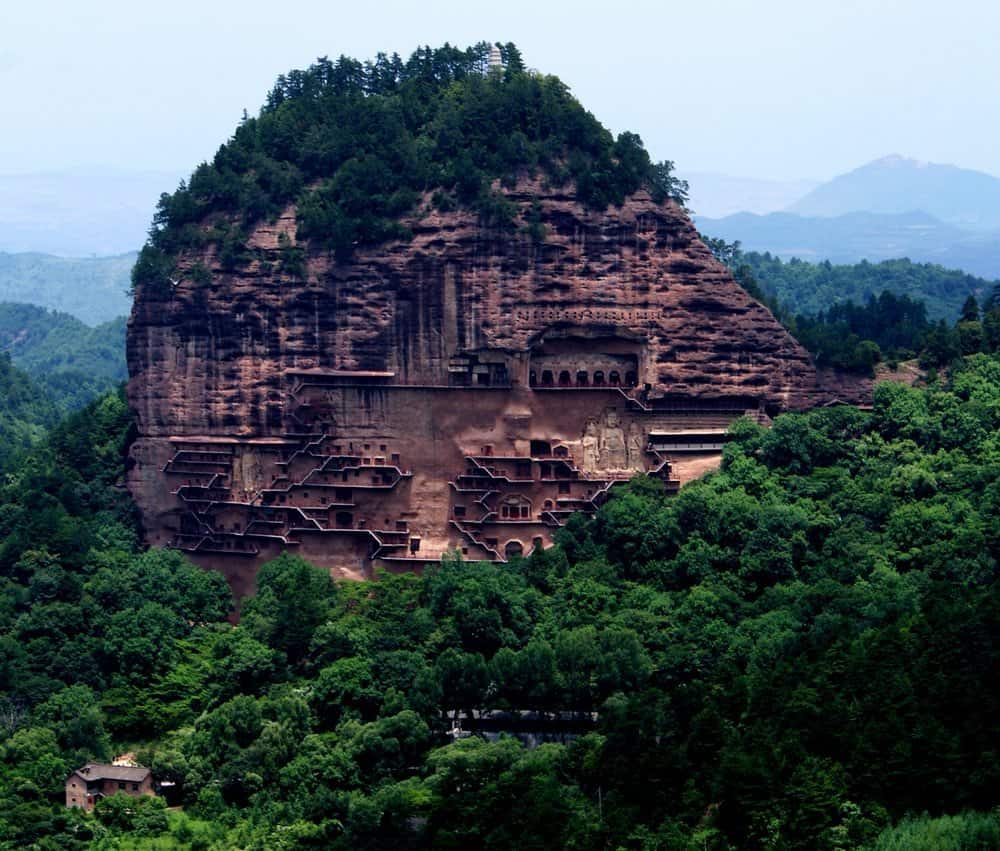 The Maijishan Grottoes are truly impressive. Basically, this is a 50-foot tall Buddha built into the side of a mountain. The locals went a step further by carving another three, which are 100-feet off the ground.

Saint Michael Of The Needle 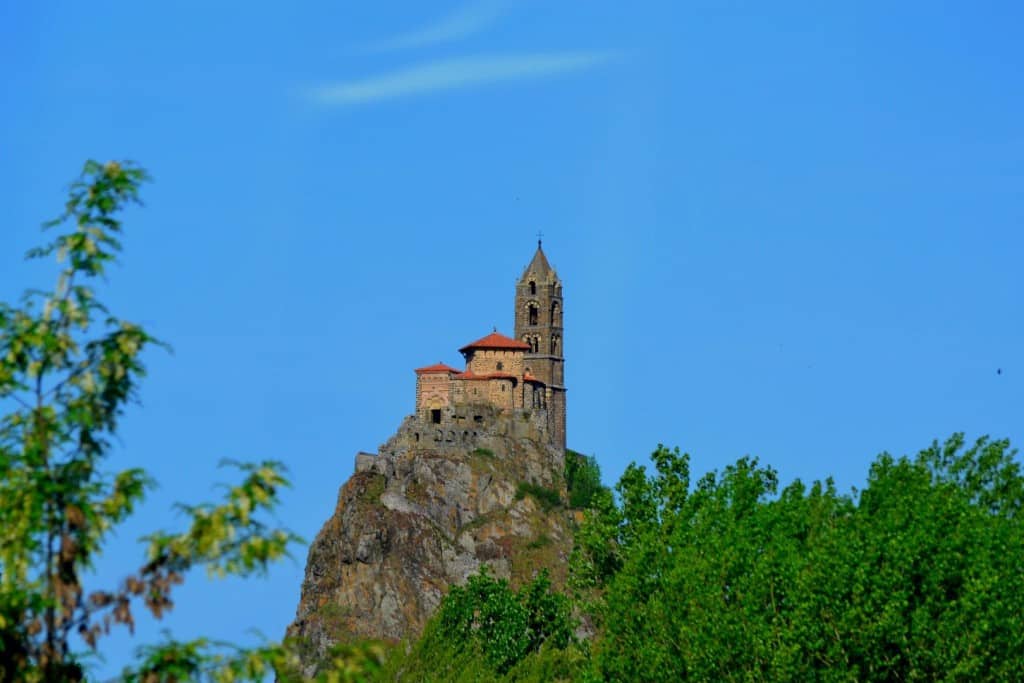 Near the small settlement of Aiguilhe in France, the Saint Michael Of The Needle was constructed atop the spire of volcanic rock. The way the castle was constructed makes it appear as if the building spouts from the mountain itself. 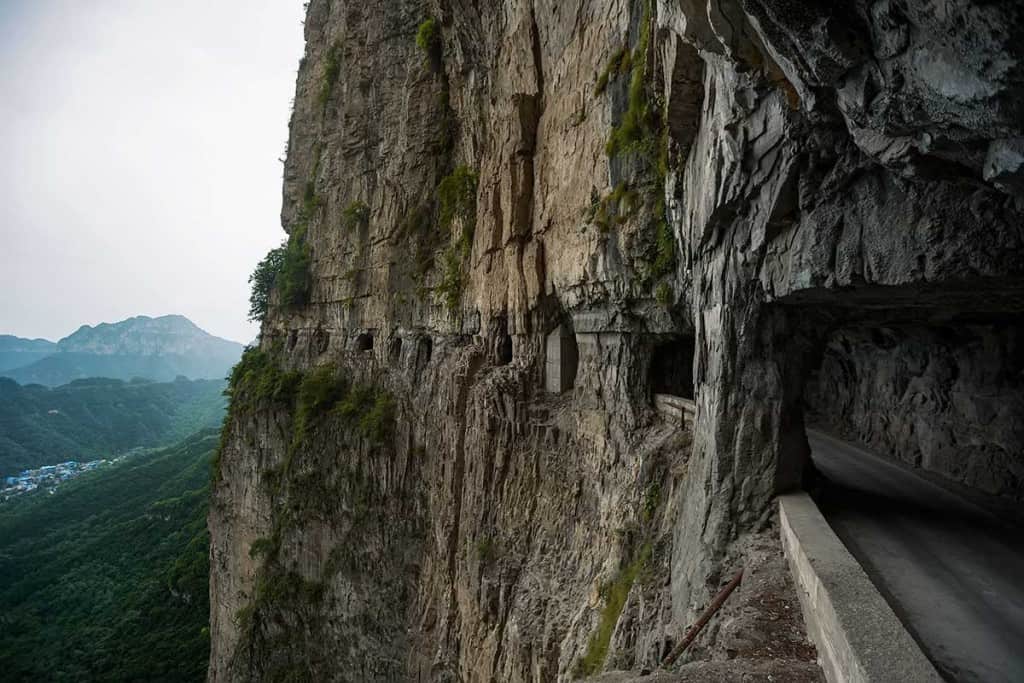 The Guoliang Tunnel is a roadway that is nearly one-mile worth of pavement dug through a solid rock cliff. It took five years for the stone ledge to be constructed. The tunnel itself has made it far easier for travelers to get to Guoliang, a small Chinese settlement in the Taihang Mountain. 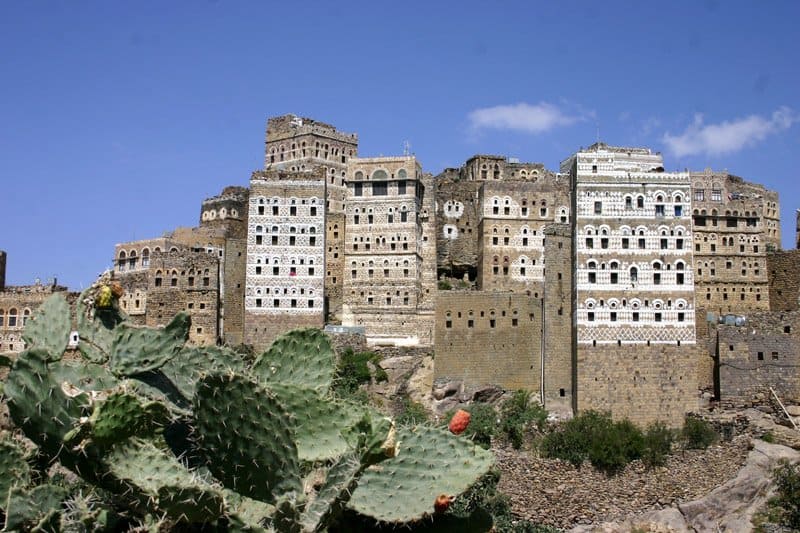 The folks of Yemen decided to build entire towns along the faces of cliffs. Al-Hajjarah, which is located in the Haraz Mountains, is the most impressive of those constructs. The city dates back to within the 11th century, and the buildings are hundreds of years old. 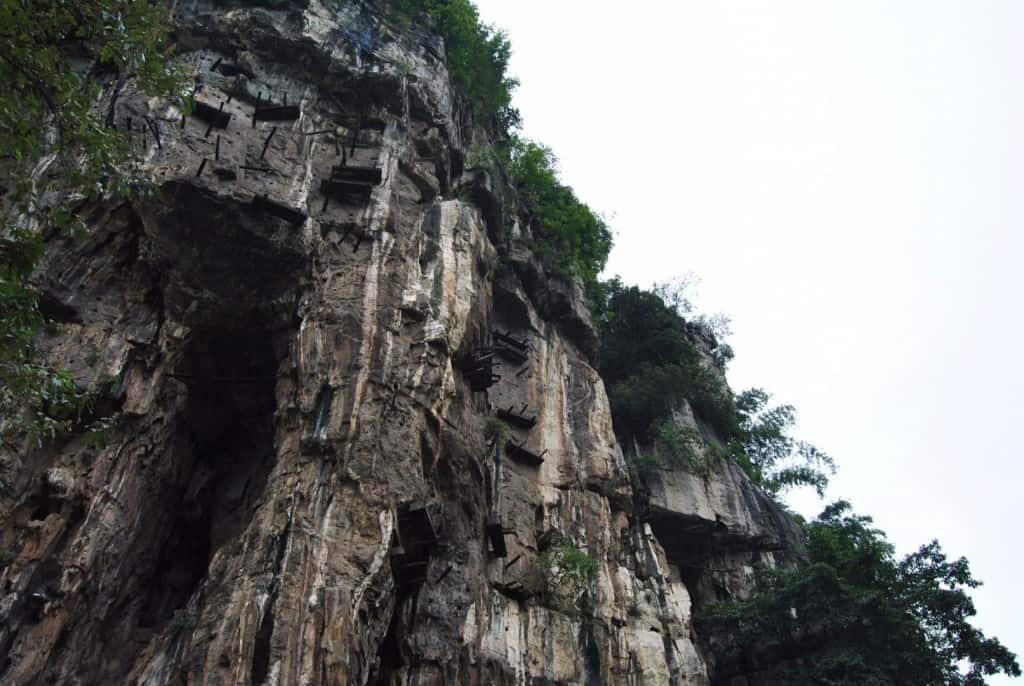 In China, there are dozens of filled coffins along a cliff face. These are known as the Sichuan Coffins. The coffins are said to be the resting place for the Bo, an ethnic group of people they lived in the area before being massacred at the hands of the Imperial Army.