10 Beautiful Flowers That Can Kill You

Flowers are the natural way to trick an insect into helping a plant to reproduce and grow. Flowers have also ensured that those who absolutely love gardening in their backyards have something wonderful to look at when the blooms come in for the summer. As of right now, there are over 350,000 different species of flowering plants in the world, and most of those are quite calm and peaceful. There are a handful out there, however, that are willing to kill without remorse to get what they want. Here are ten beautiful flowers that are straight killers. Keep an eye out for these flowers and plants in the wild. Your children’s and your own life may depend on it. 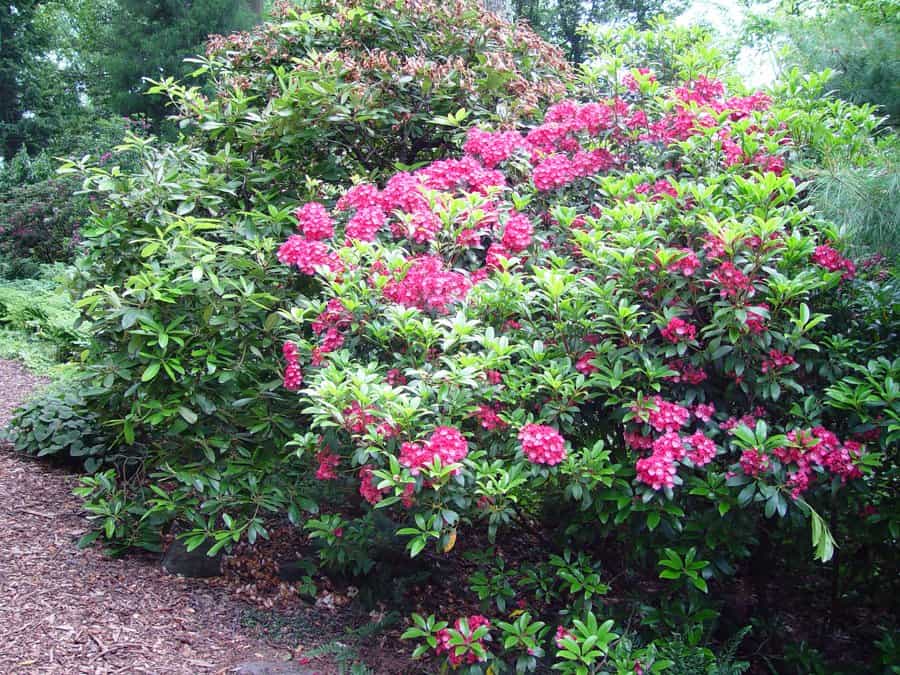 Kalmia Latifolia, which is commonly known as a mountain laurel, produces nice pink and white flowers during the late spring months. These flows contain two forms of toxins: andromedotoxin and arbutin. The first can cause the heart to beat dangerously slow and fast at the same time in different areas, causing serious problems. Cardiac arrest is common. 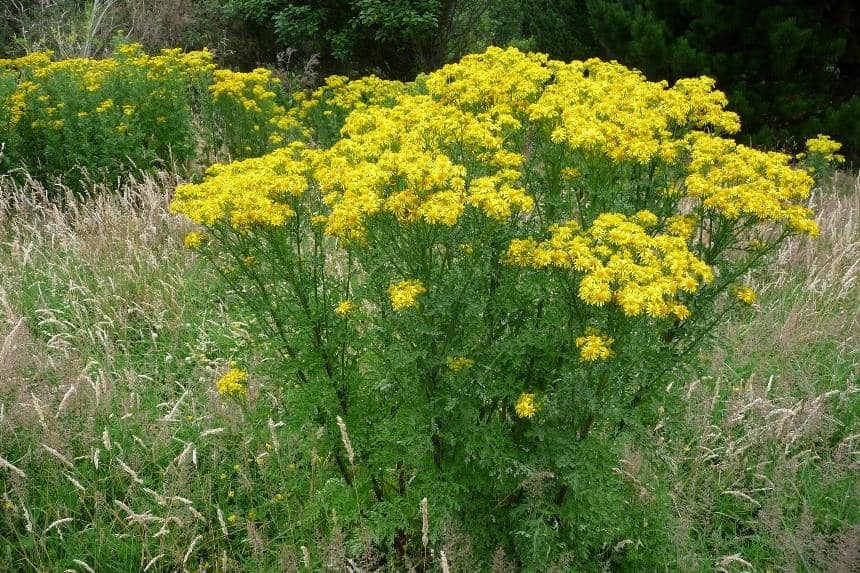 Jacobaea Vulgaris, or ragwort, is a common wildflower within the UK. It is an important part of the local ecosystem, and yet is quite deadly. There are eight toxic alkaloids within the flower, most of which will build up in the liver and cause cirrhosis. 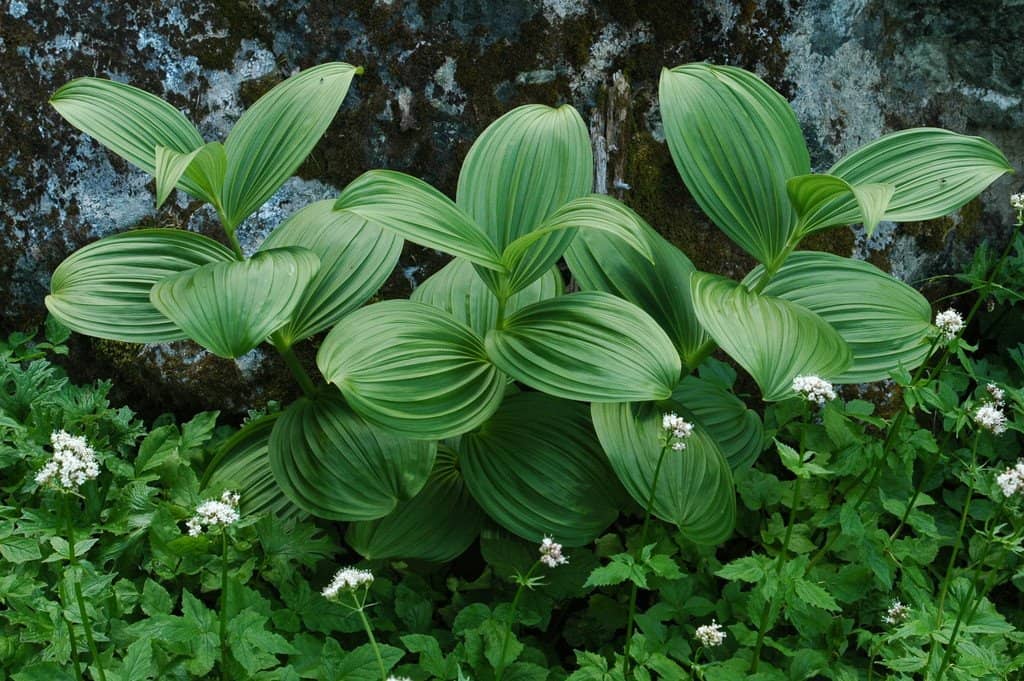 Veratrum is found on the majority of mountains throughout the Northern Hemisphere, and produces heart-shaped flowers. The plant is commonly confused with garlic, which can be life-changing. The flower is lethally toxic, causing muscle contractions and heart attacks or comas. 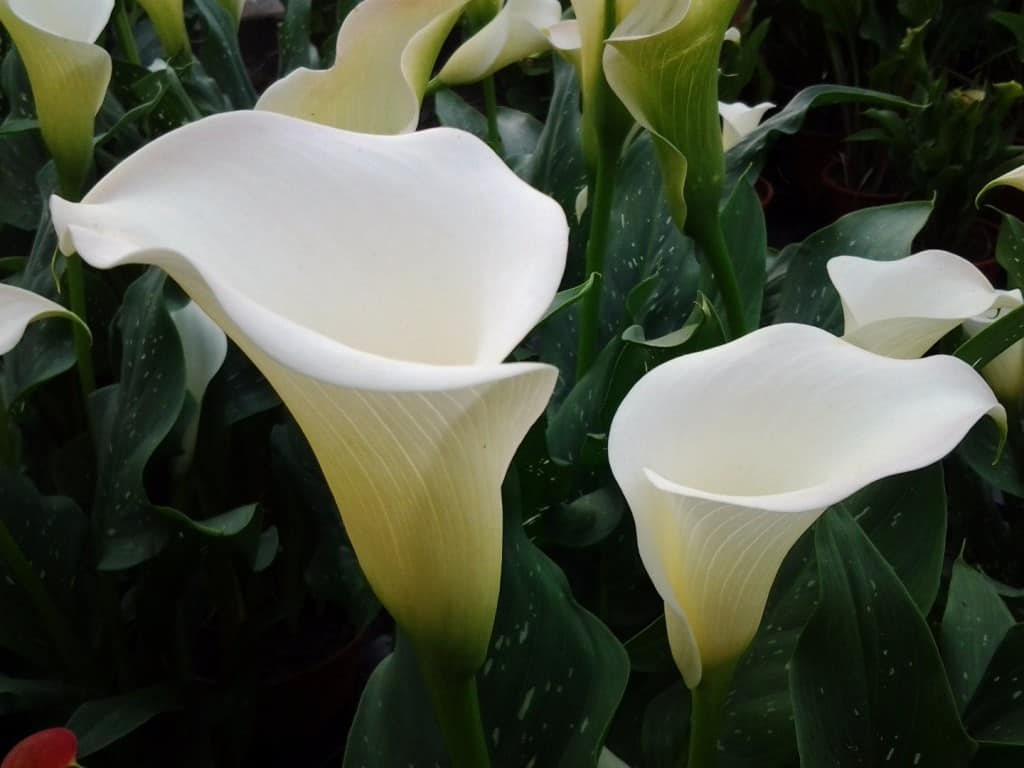 Zantedeschia is a positively gorgeous plant only found in Antarctica, though it has become a staple in many gardens lately. Inside the plant, calcium oxalate, which can cause needle-like crystals inside of your internal organs when ingested. A tiny dose can kill you. 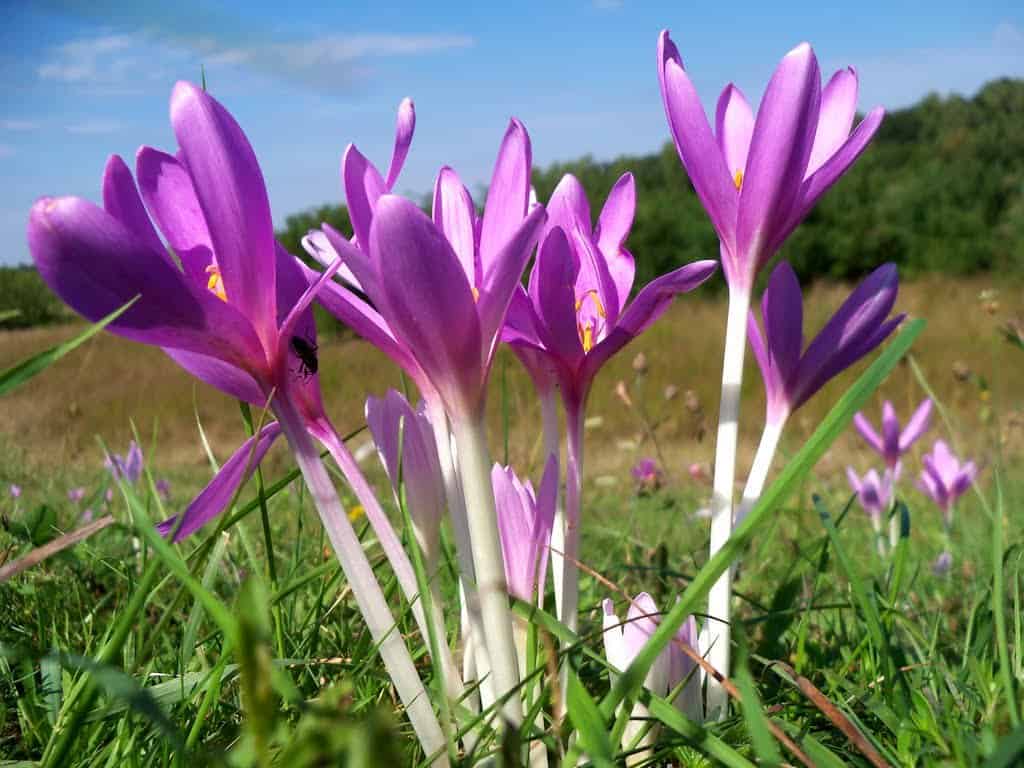 Colchicum Autumnale can be found mostly throughout the UK, but has quickly spread to the rest of Europe and New Zealand. It is a deadly killer that causes Colchicum poisoning, which forces a slow, painful death. There is no cure. 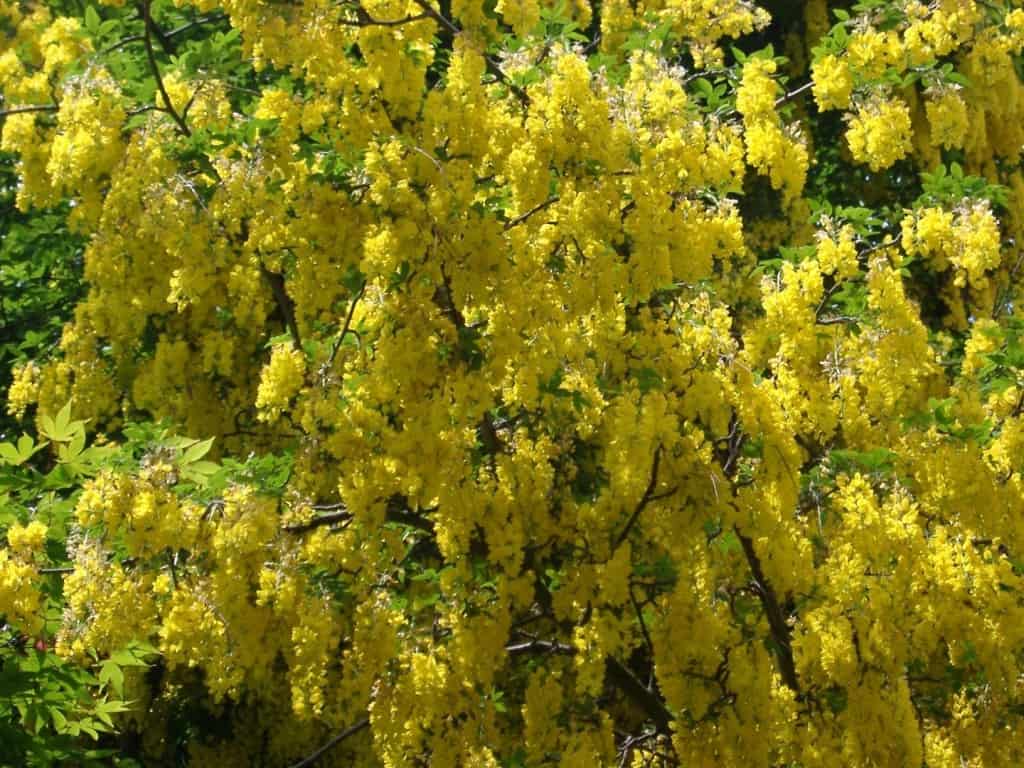 Laburnum contains cytisine, which is fine in low doses, and even helps people quit smoking. However, in larger doses, the chemicals from the plant can be quite lethal. Children who eat the flowers or the seed casings, which appear similar to pea pods, will find themselves vomiting foam and having convulsions. 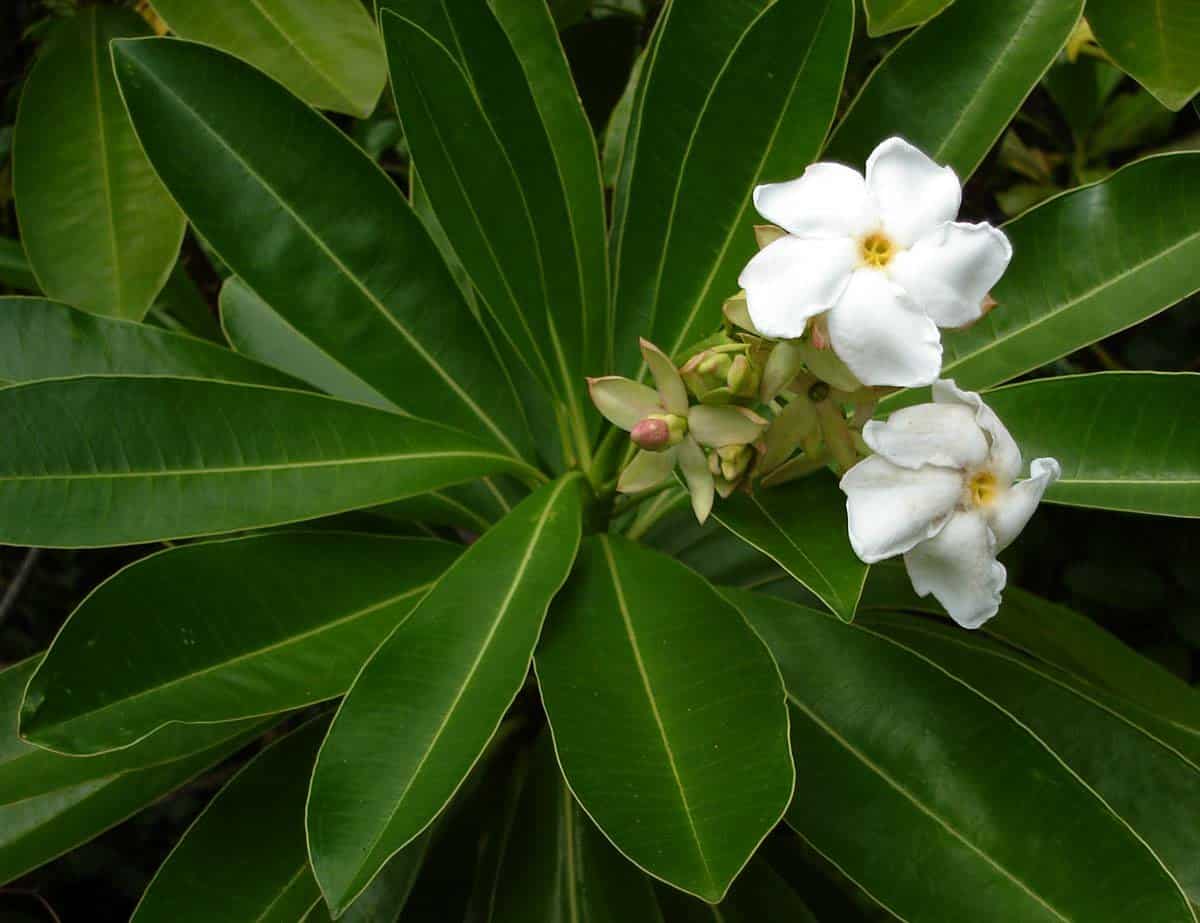 Cerbera Odollam is often referred to as the “suicide tree” by Indian locals. At least 500 people have died from the plant within just 10 years. The flower-bearing tree uses a potent form of glycoside known as cerberin, which slips the victim into a coma and then stops the heart from beating. 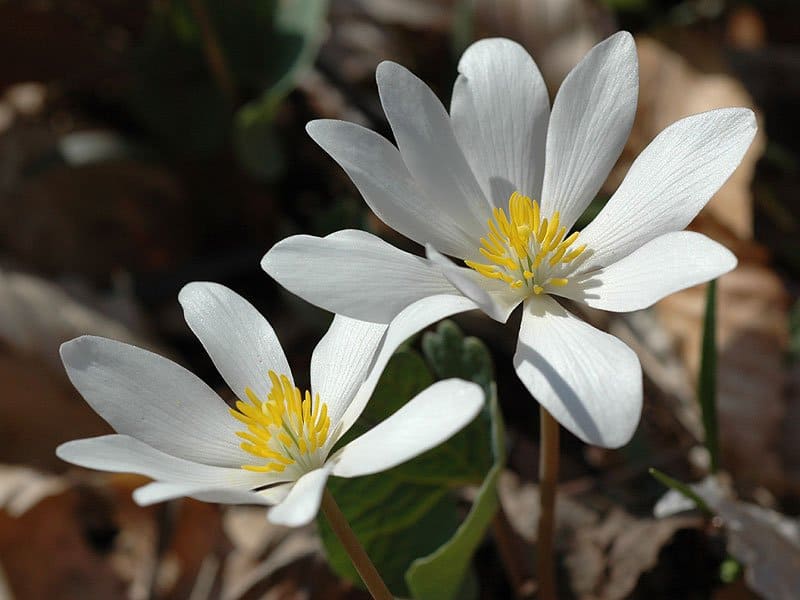 Sanguinaria Canadensis, also known as bloodroot, grows throughout North America in the wild. The blood-red roots are often used as an ornamental dye for Native Americans, and can also induce abortions. Enough of it, however, will put anyone into a coma. 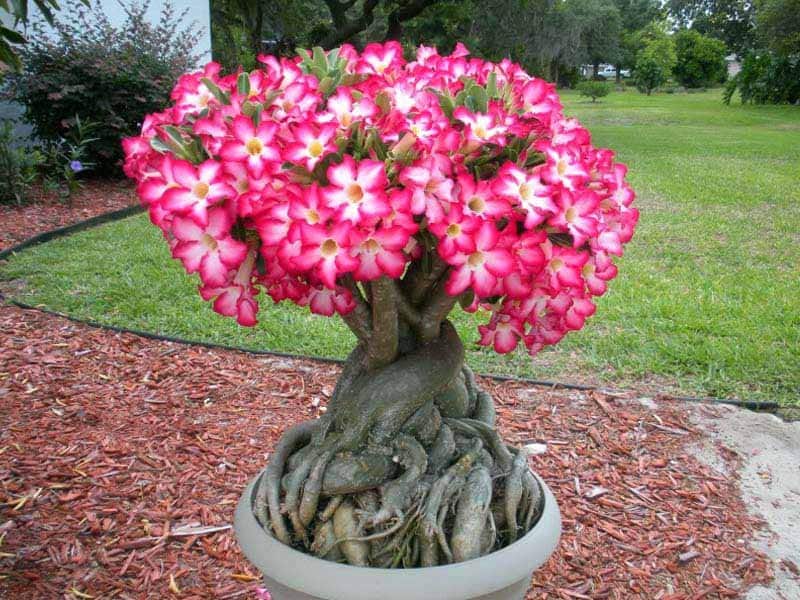 Adenium Obesum, native to Africa, has long been used to poison the tips of spears by local tribes for centuries now. The highly concentrated poison is toxic enough to drop a full grown man or an animal as big as an elephant. 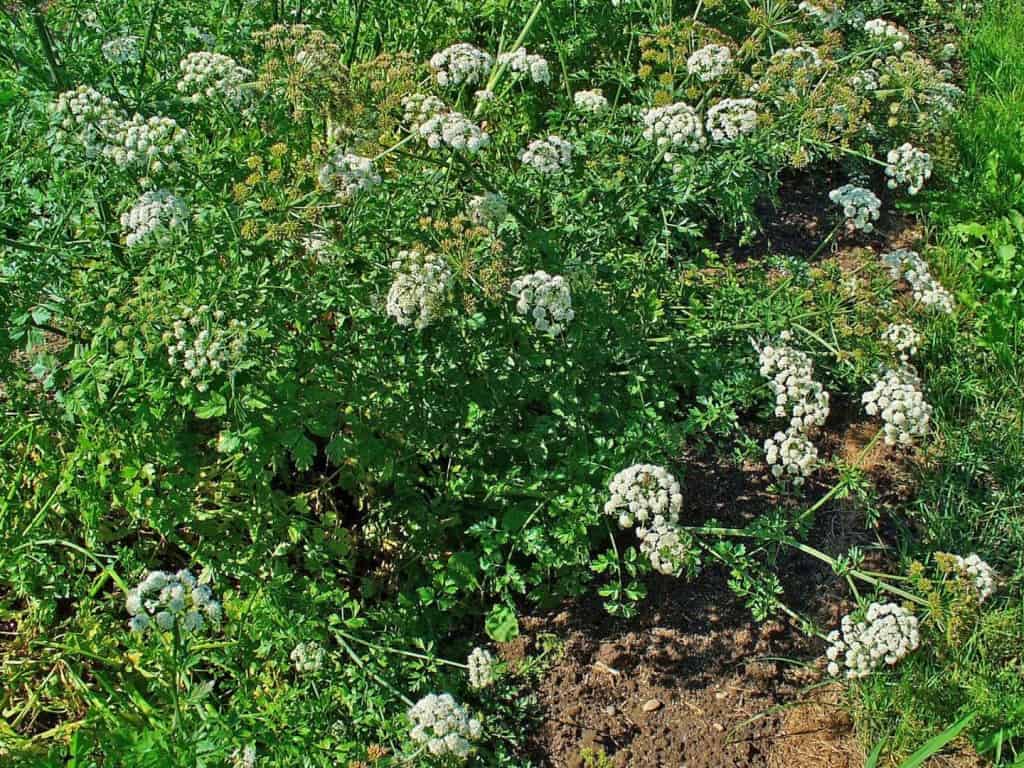 Oenanthe Crocata is the reason why four tourists in Scotland nearly perished in 2002. At the time, the group of eight were foraging in the water for their curry dish. The next day, four of them were in the hospital. The plant has a 70 percent mortality rate.