What do you get when you cross a very bored human, a camera and photoshop? You get some of the most creative and interesting adventures ever to be had by a cat. This poor feline friend doesn’t even understand the shenanigans he has caused on the internet purely through his presence. This is a list of ten awesomely creative adventures of doodle cat created by some of the most inventive – and bored – minds on the internet. You’ll be wanting to find the original and have your own go at sending this cat on a magical journey soon enough. 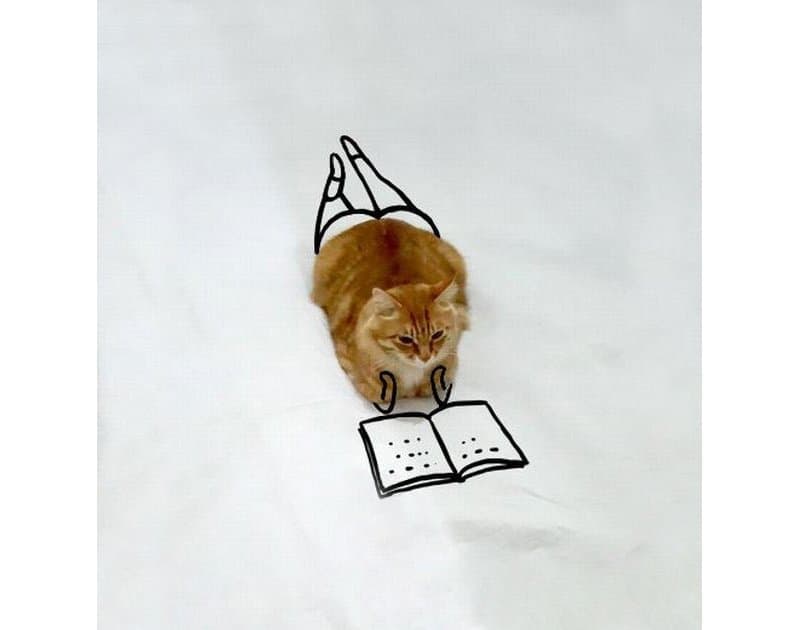 “What are you thinking about?” “Just mice and stuff“. Reading cat shows the deeper side of doodle cat. 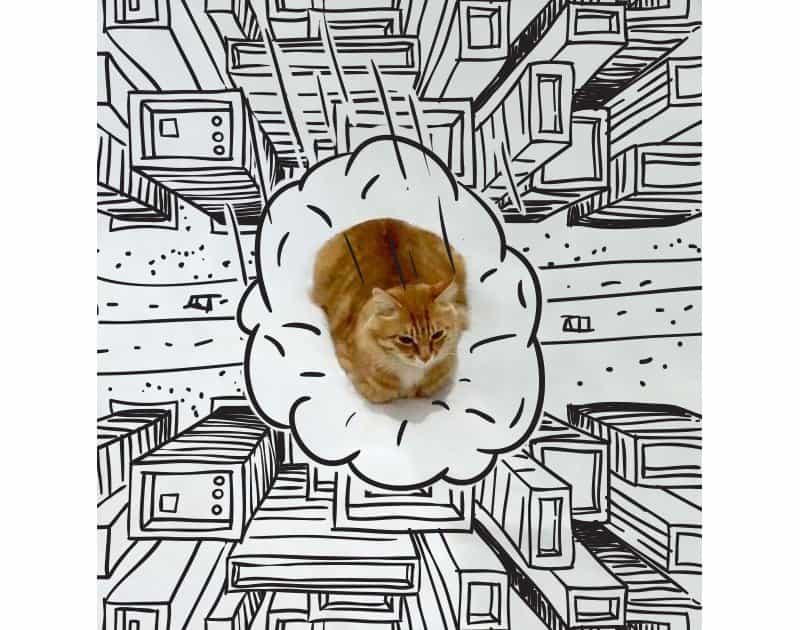 This cat reminds us of Goku cruising the skies of Dragonball Z on his flying Nimbus. 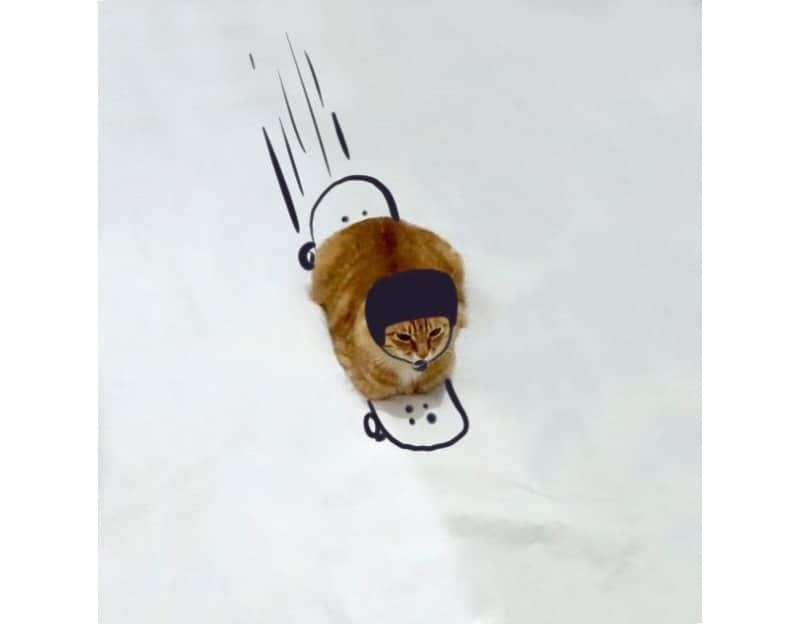 Never have we ever seen a face of such apathy on a creature doing such an interesting and fun activity. Hopefully his new tricks will put a smile on his dial. 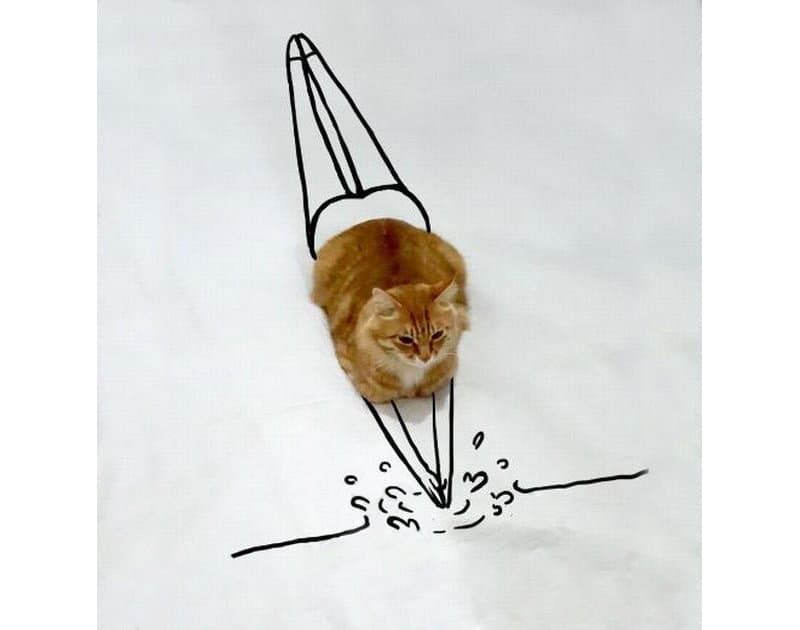 Although cats tend to hate and avoid water, with the magic of photoshop and a camera, this cat has instead proven everyone wrong and is diving like a pro. 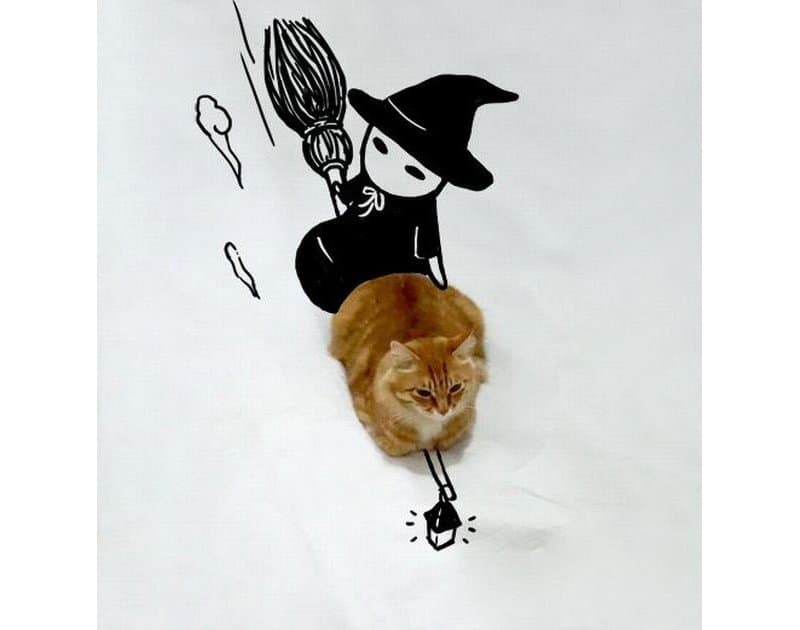 Isn’t he meant to be a black cat for a wicked witch? Doesn’t matter; cruising through the skies with his owner on her broomstick is all that matters. 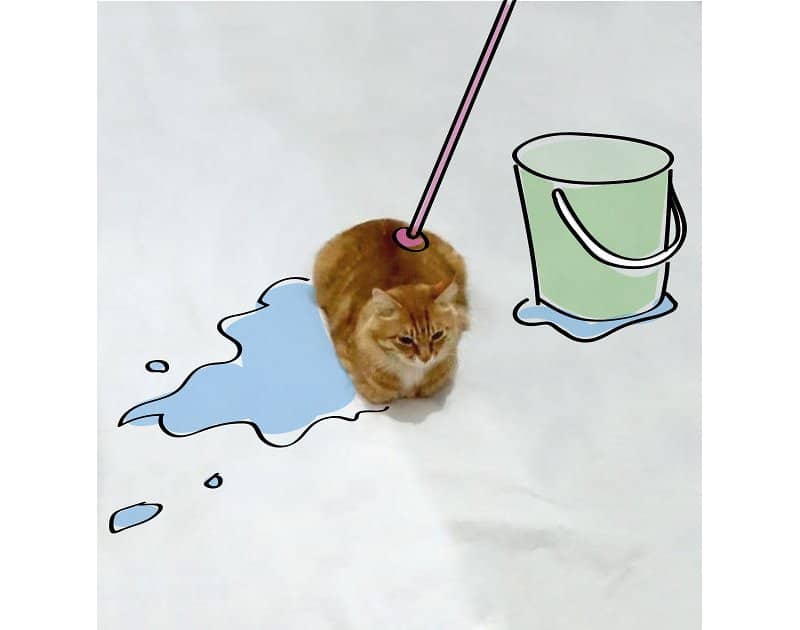 It may not be his fault that he looks like the head of a mop, but it sure makes for a funny picture. 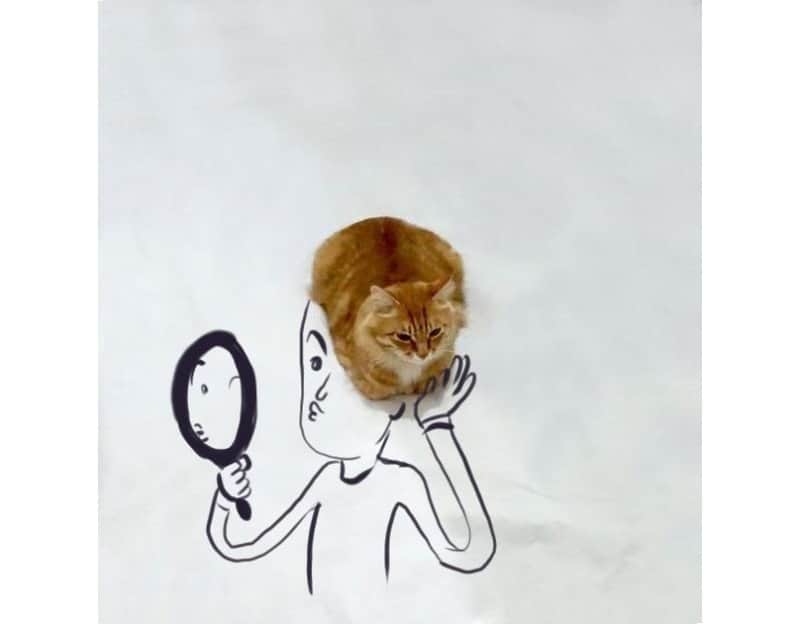 This cat isn’t exactly a hipster, but he is being a pretty convincing wig, allowing this cartoon character to live out his fabulous hipster fantasies. 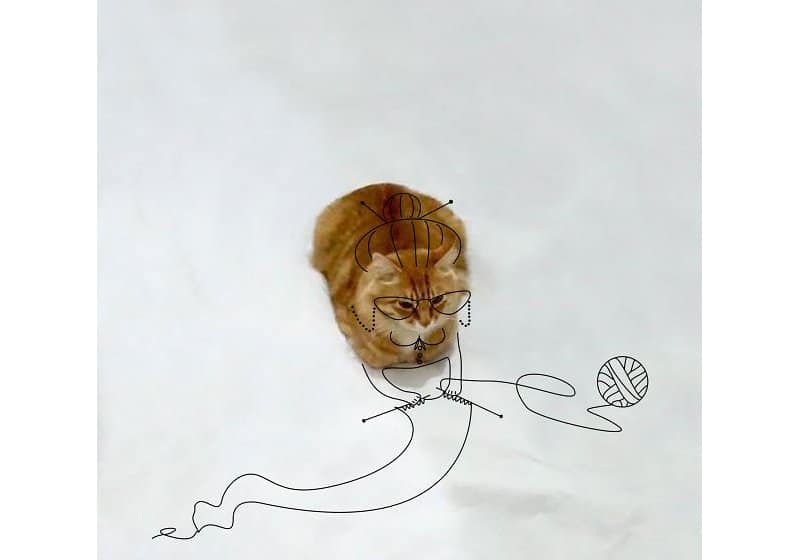 As a kitty, doodle cat used to play with the balls of string, now as a more refined feline, this cat is instead taking up a new hobby; knitting. 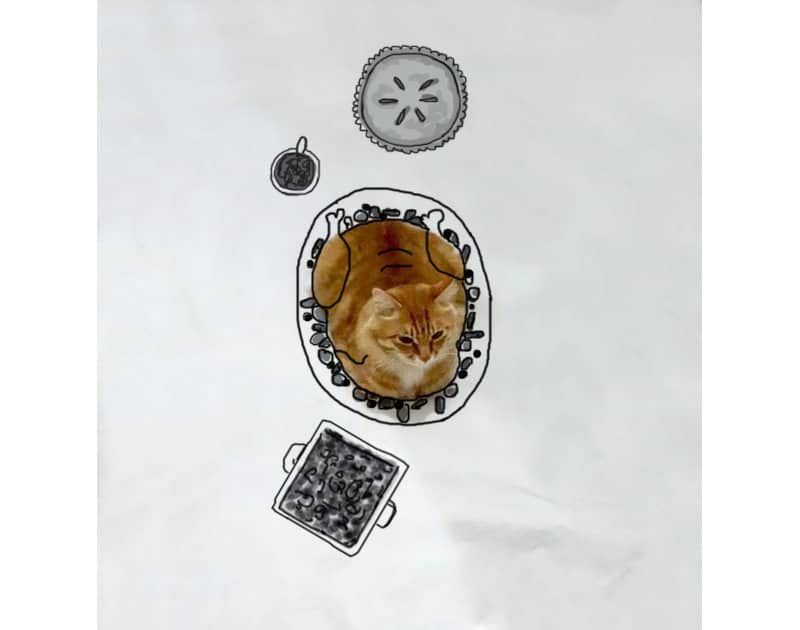 This cat could quite easily replace Garfield. Upon finishing off the turkey roast, he assumes the position and hopes nobody notices. 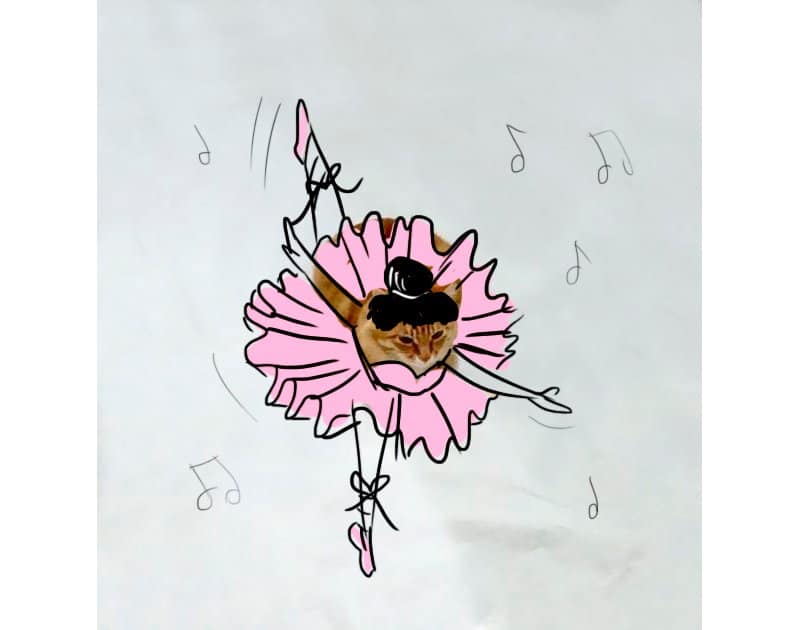 Nobody in all the world has ever seen such a graceful creature such as this. With the reflexes of a cat and grace of a dancer, this could be the most beautiful thing ever created.