China’s advent onto the world scene as a world economic power truly has been something to behold. Over the last 30 years the country has enjoyed staggering economic growth as the world’s most populous nation slowly becomes a modern economy full of McDonald’s restaurants, video game systems, and all the other products those in Western countries enjoy. However, this drastic change also has a dark side: In an attempt to deliver products to the masses at a low price, some of China’s factories have attempted to knock-off western products – often with hilarious results. That got us thinking, what are some of the funniest knock-offs, ever? What we found had us rolling, so without further ado here are the “Top 20 Funniest Chinese Knockoffs Of All Time.” 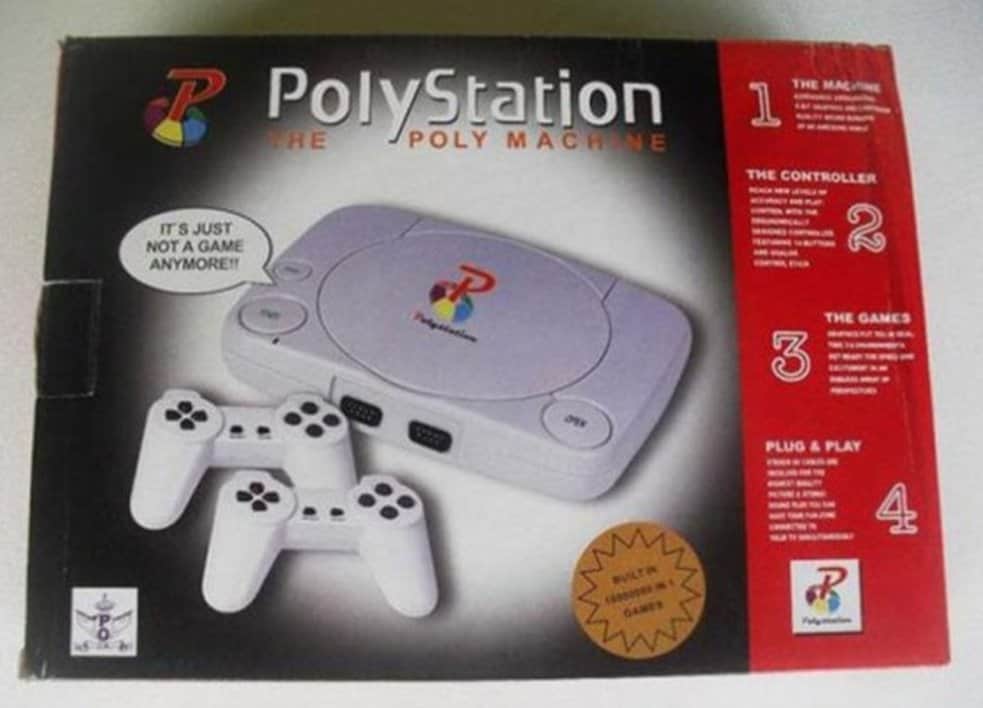 We can’t wait to take our new “Poly Machine” home and play a knock-off version of “Grand Theft Auto.” 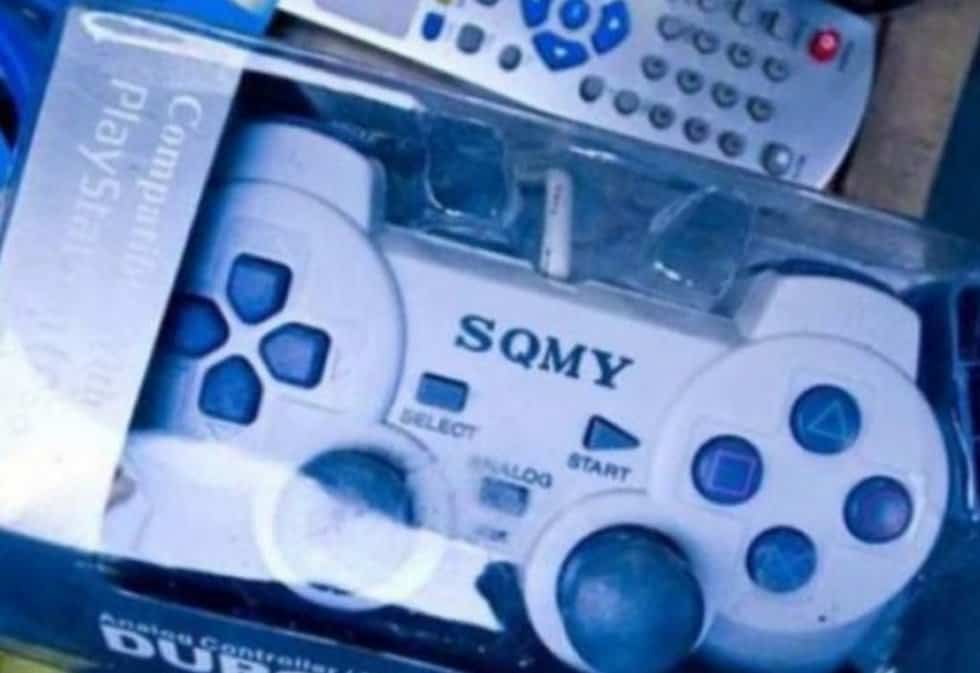 If you loved the Sony Polystation for all your entertainment needs, then you’ll love the “SQMY” Playstation!

Why Buy Nike When You Can Buy “Hike” 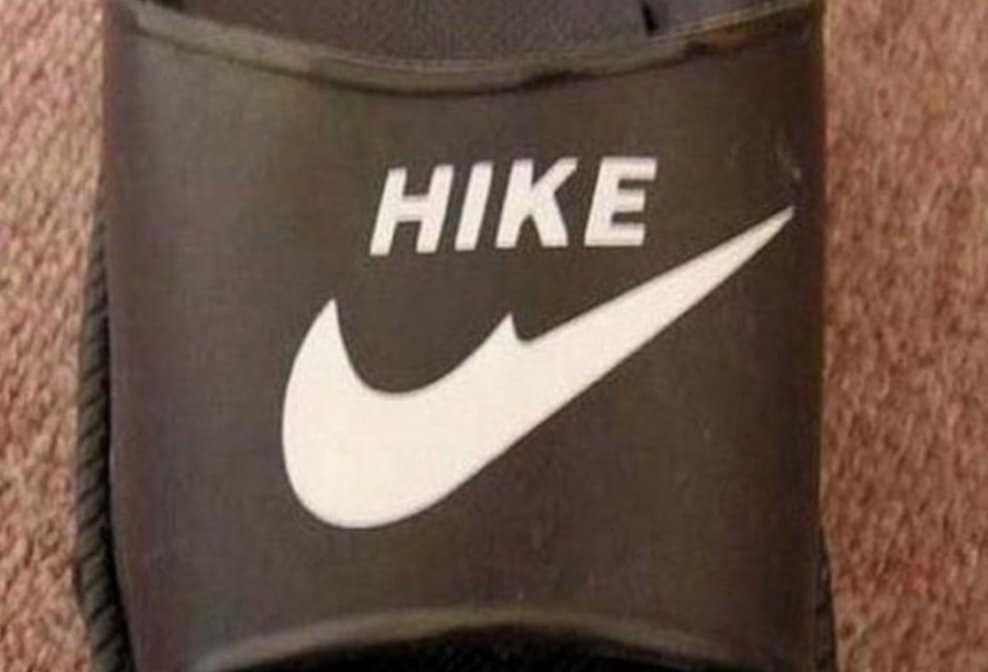 Perhaps they’re trying to pitch these shoes as ideal for going on a hike? 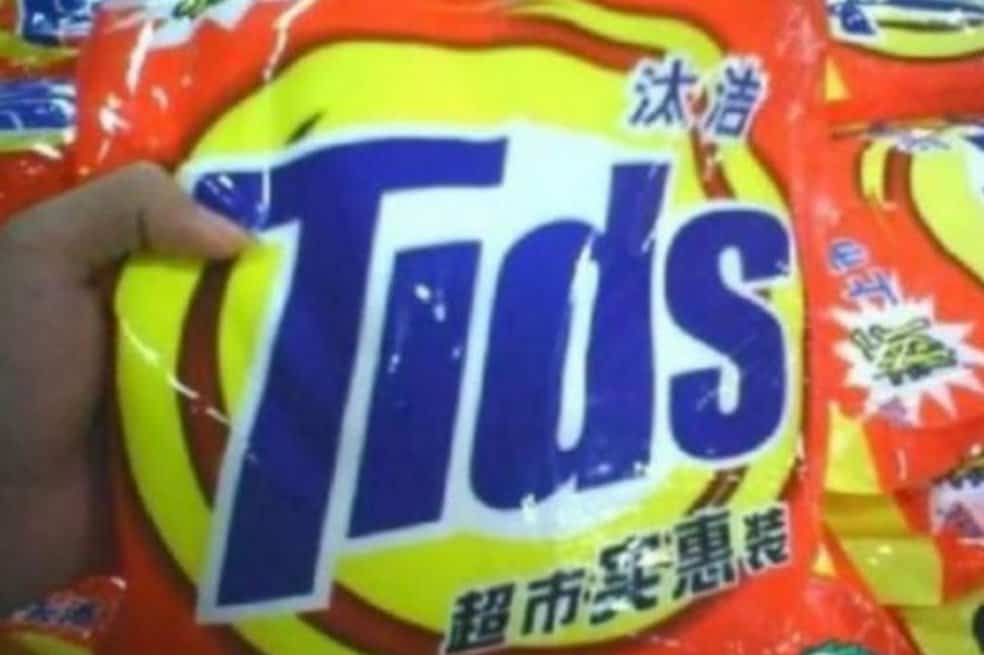 Forget “Tide” detergent! Tids is just as good at half the price! 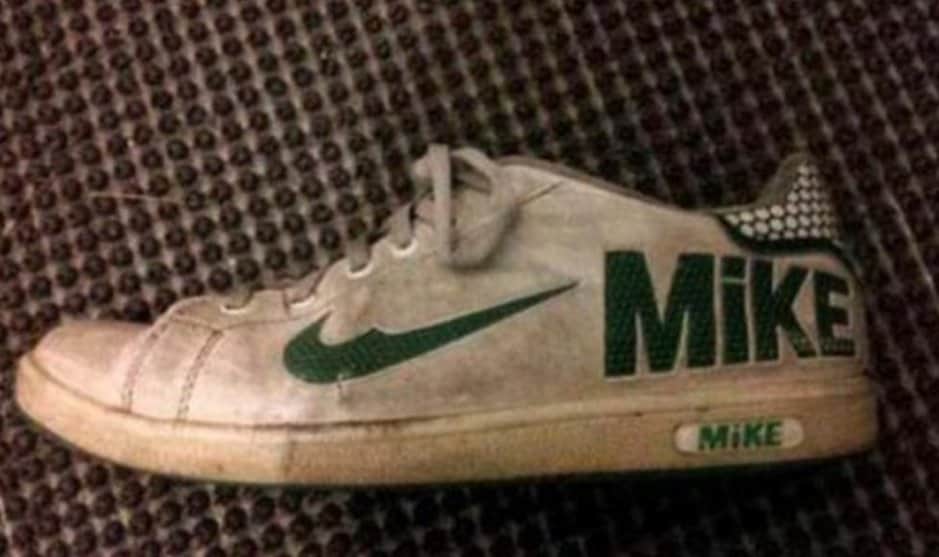 We’d like to think this is a Chinese attempt at paying homage to basketball great Michael Jordan, but we all know better. 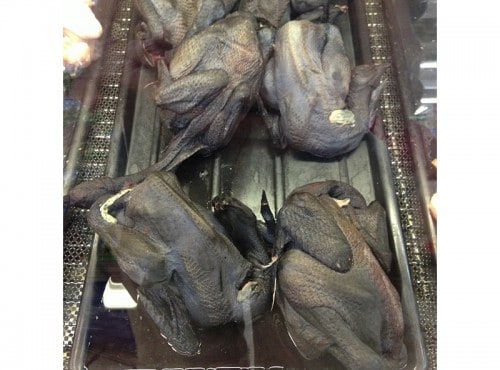 Normal chickens are too mainstream… Walmart in China stock black ones. 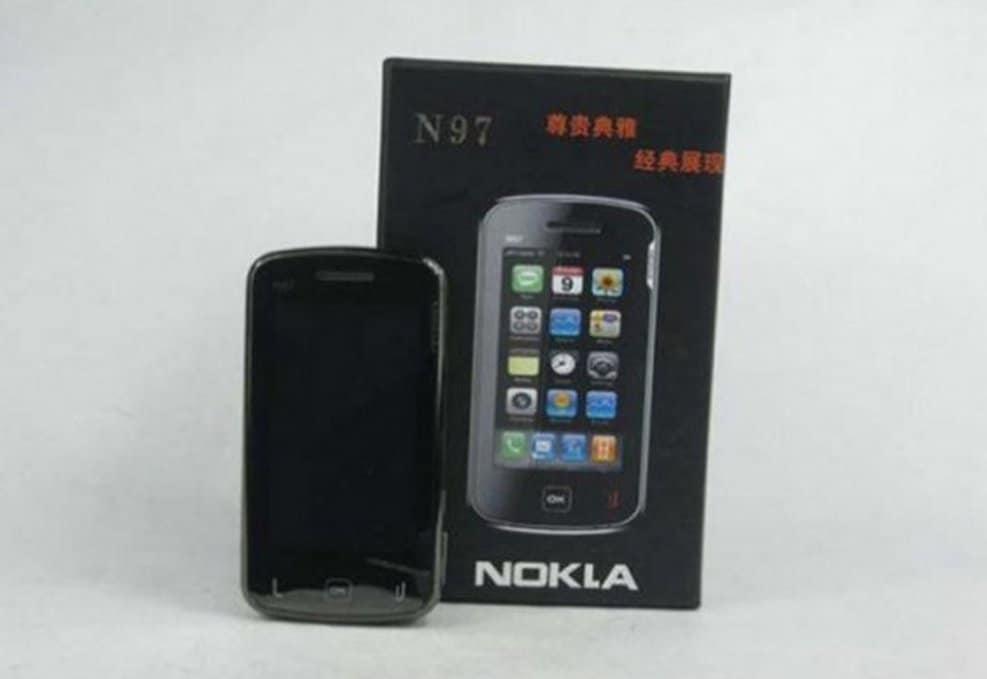 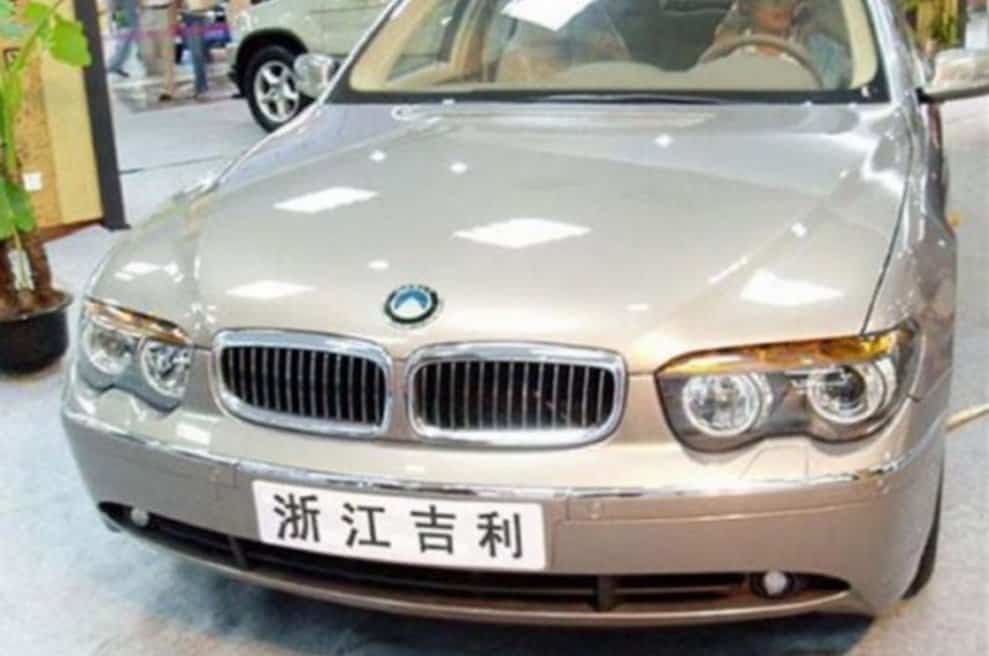 We never thought we’d see the day, and yet if you look closely that definitely is not a BMW logo on the front of that car.

If You Loved Your “Mike” Shoes, Then You’ll Love “Kine” 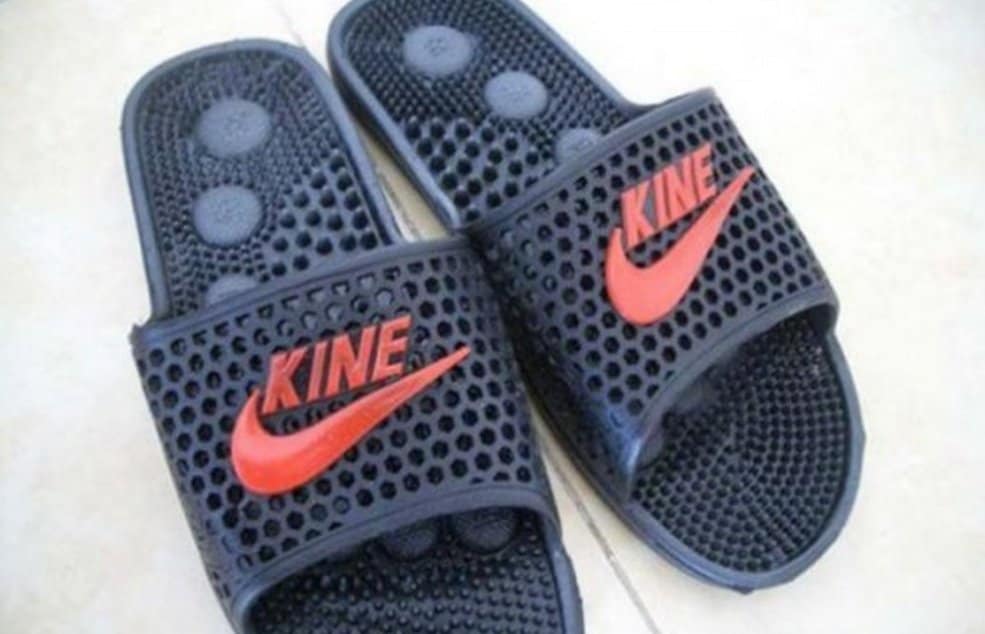 There’s the famous Nike Swoosh, we just can’t believe they want with “Kine” instead of something that at least sounds like Nike.

Dolce & Banana Is All The Rage 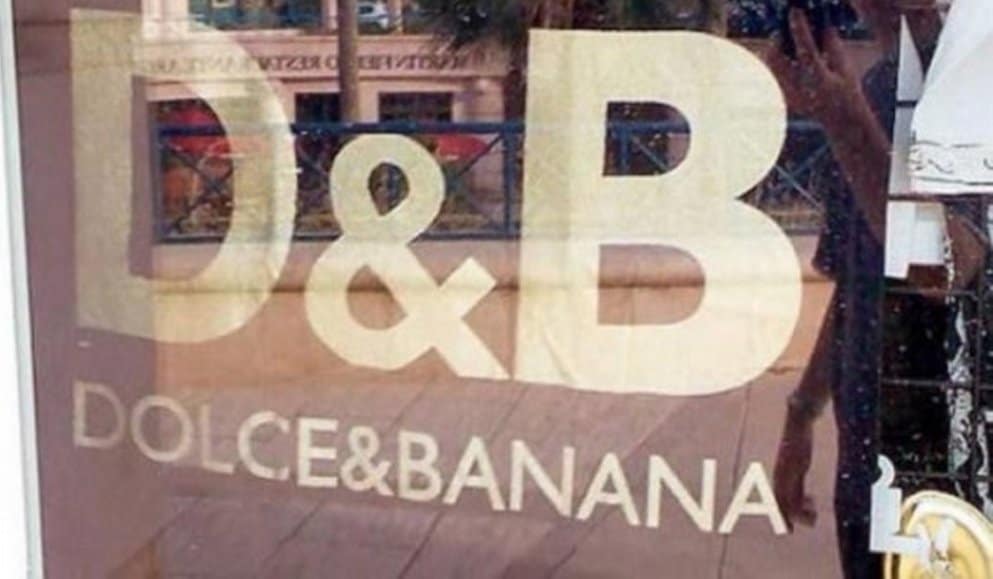 Dolce & Ganana is so last year, all the women in Beijing are now sporting Dolce & Banana bags. 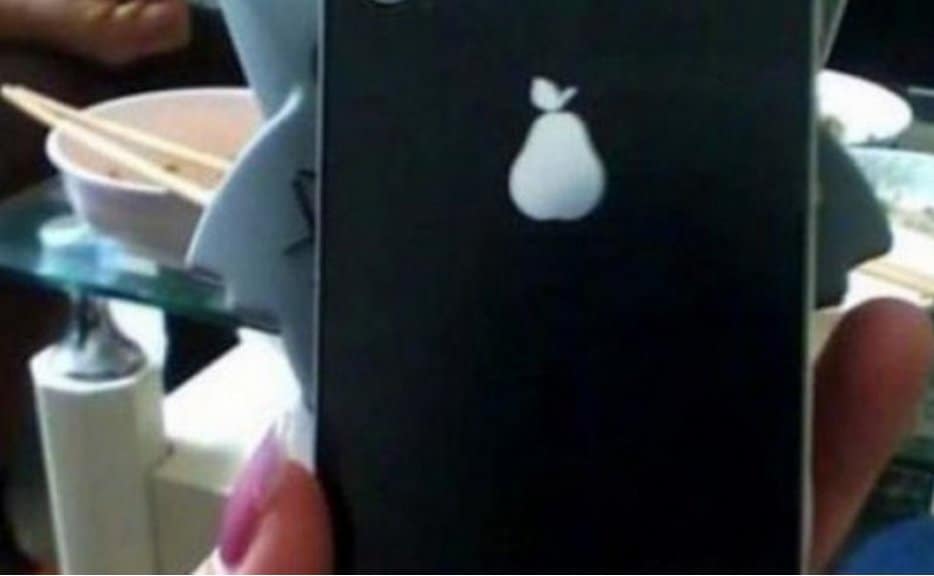 Why pay up $700 for the latest Apple iPhone when you can have a Pear iPhone 6 that’s just as good at half the price! 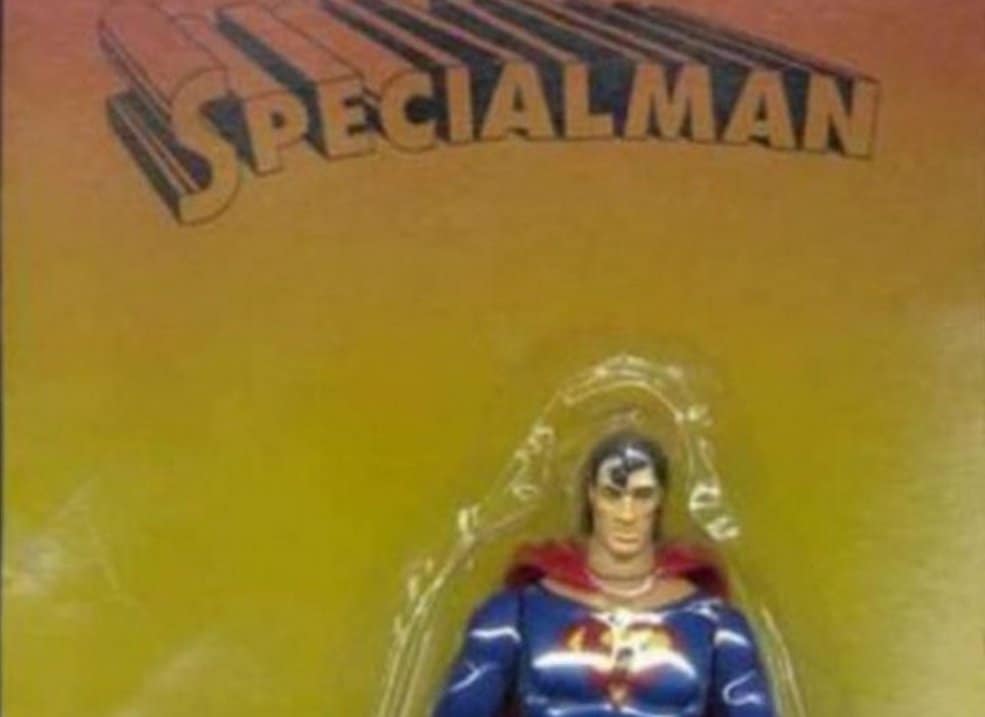 No it’s Specialman! Able to knock off American superheros in a single bound! 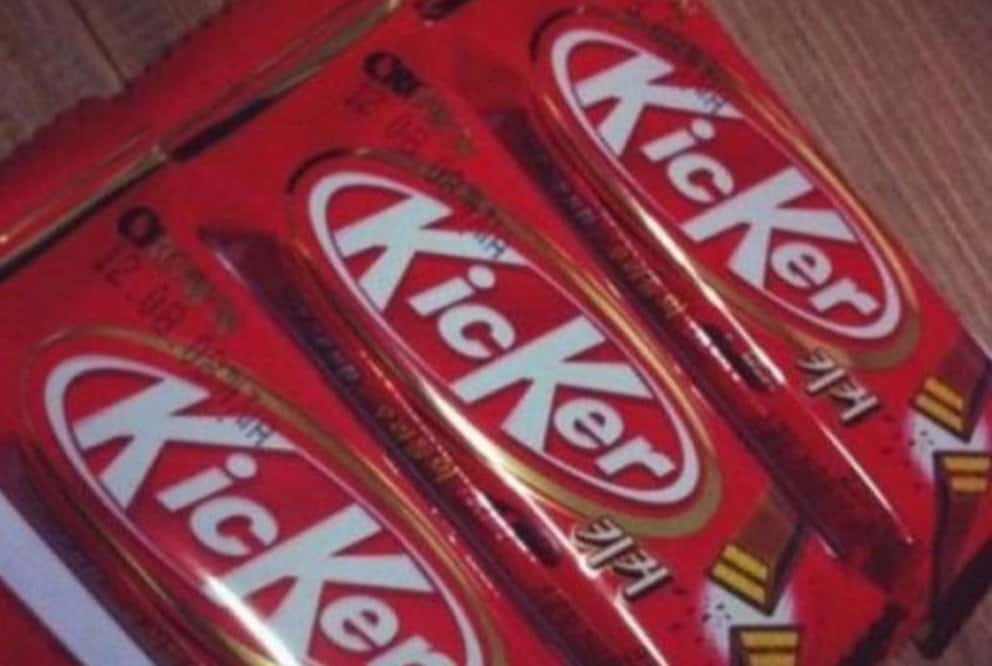 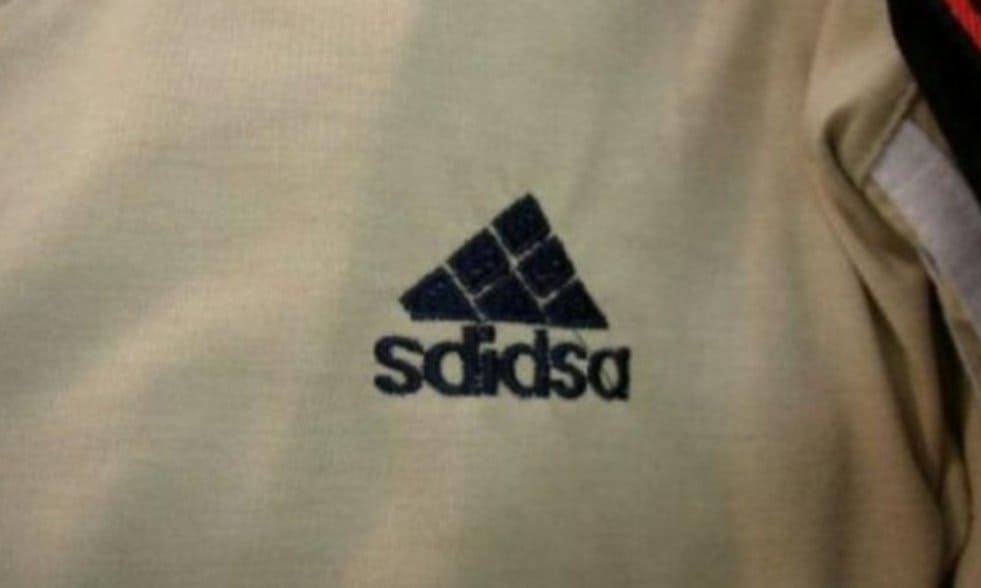 We had to read this a couple times to figure out how to say it, and we’re not 100% sure still, but regardless we know that it’s supposed to look like the Adidas logo.

Enjoy A Cup Of “Sunbucks” Coffee 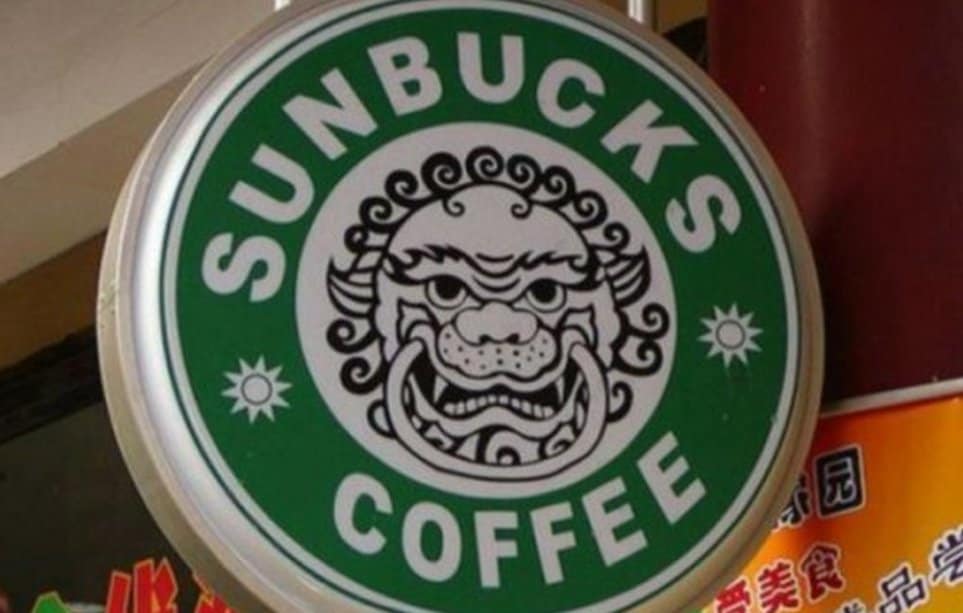 It’s not Starbucks, but we swear the Latte is to die for. 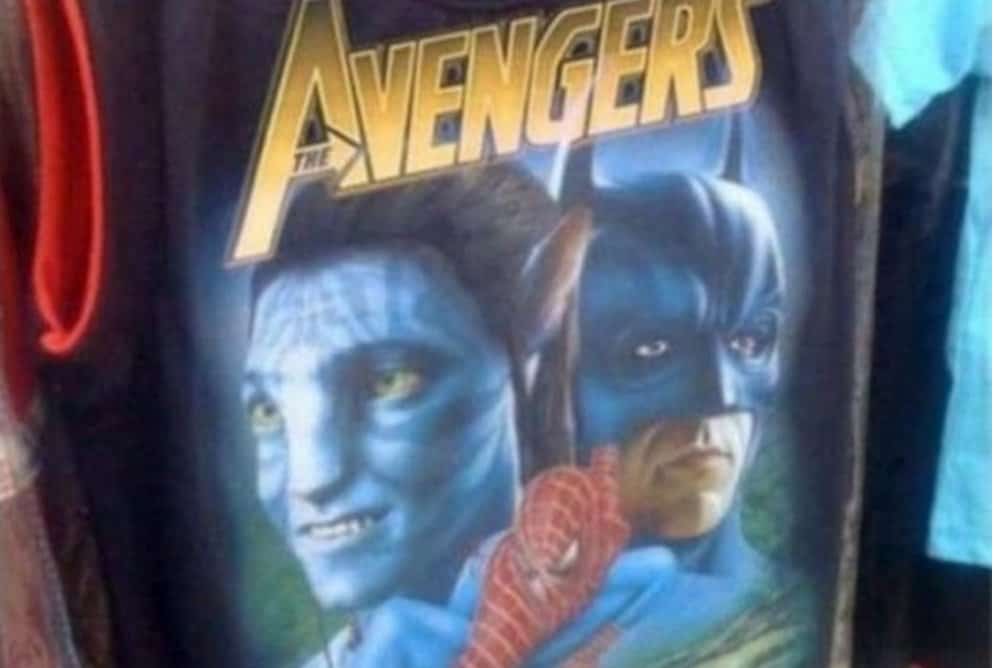 We didn’t know that Batman, Spiderman, and Jake Sully from “Avatar” were members of the Avengers team… 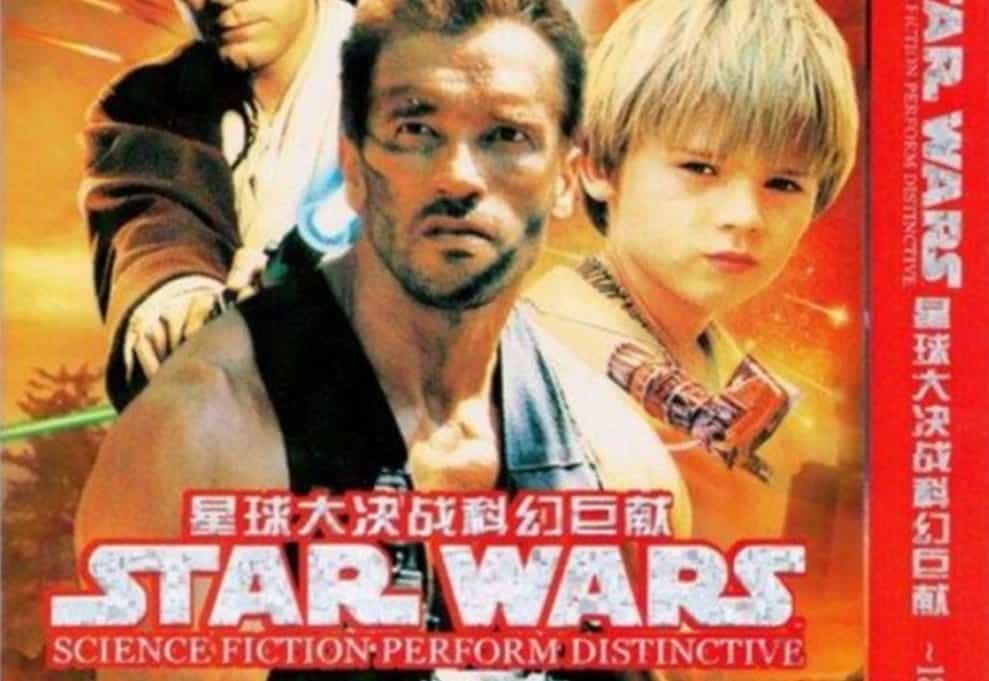 We’re not sure who thought it was a good idea to splice Arnold into the cover of Star Wars Episode I, but they really need to double check their facts. 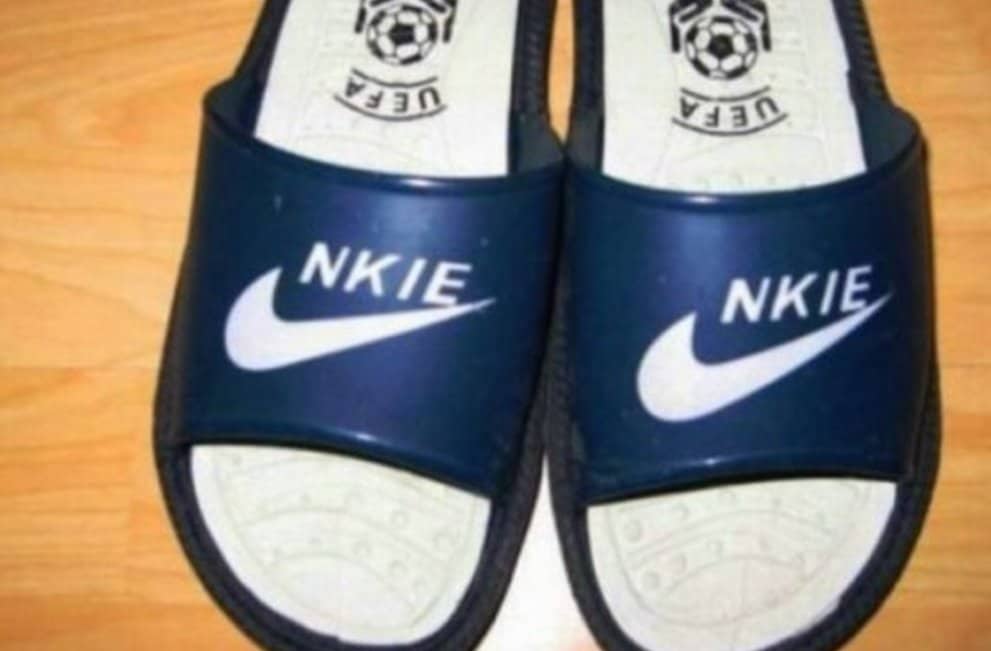 We appreciate this Nike knockoff the most, at least it sounds like “Nike” if you say it out loud.

We Have To Go WiWi 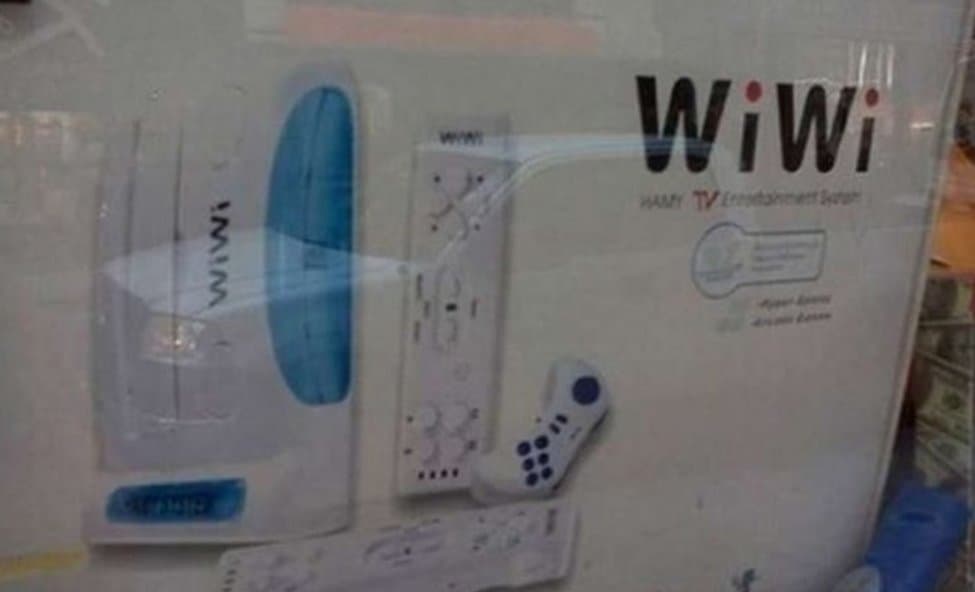 Sony was asking for it when they named their gaming system the “Wii.” 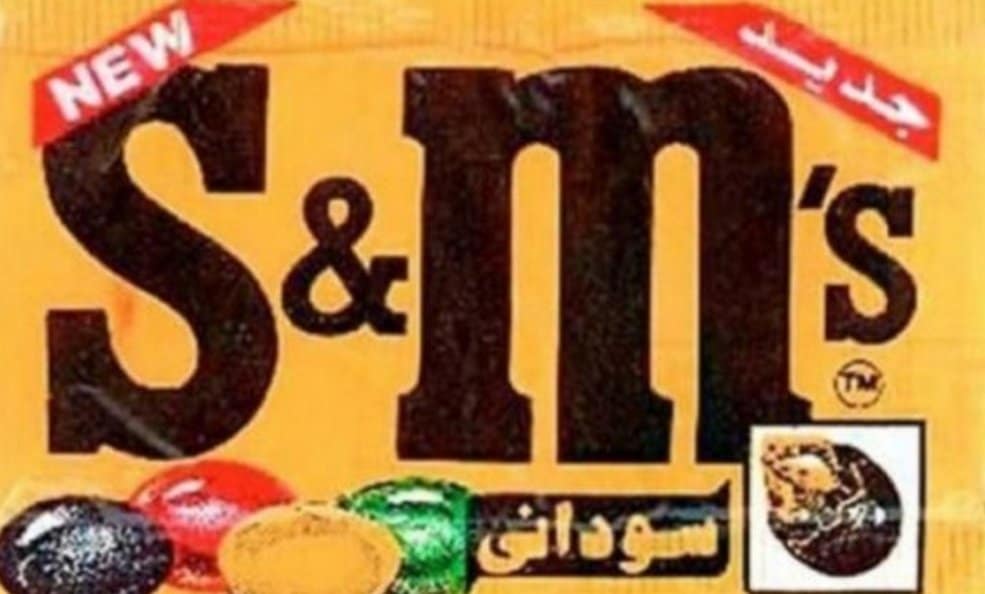 Looks like someone in China has been reading too much “50 Shades of Grey” because this knockoff is just too much.