Since the dawn of civilization, mankind has used bridges to traverse gorges, rivers, and ravines. Most are pretty standard, straight bridges that are perfectly safe to cross even under questionable conditions. However, sometimes the environments we live in are so unique that they require us to get creative with the bridges we build. As you can imagine, the Earth is a big place and some of the bridges mankind has built over the years are downright crazy. With that in mind, we scoured the globe for the craziest bridges out there. So, without further ado, here are the top 20 bridges in the world you’d be crazy to cross. 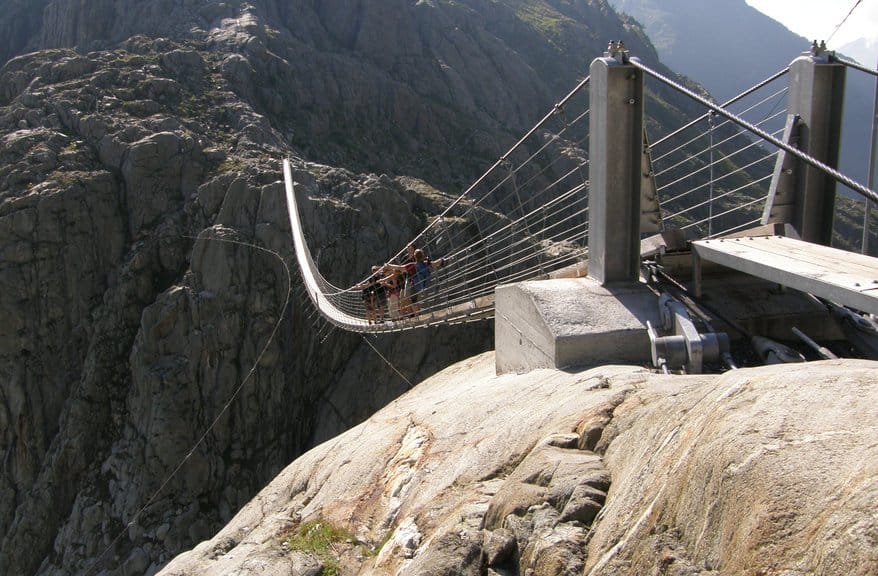 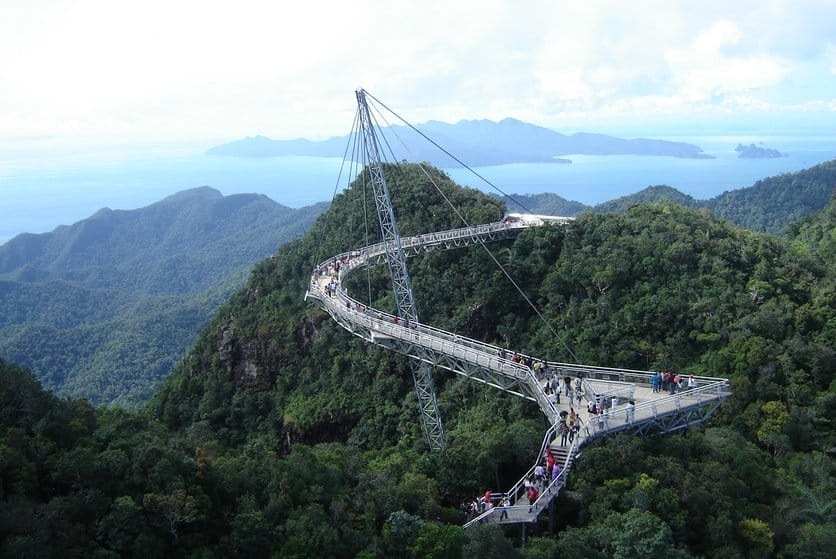 Want to walk among the trees high above the rain forest? Then head to Kedah, Malaysia, and walk this suspended bridge, just don’t expect to find us there since its hundreds of meters in the air. 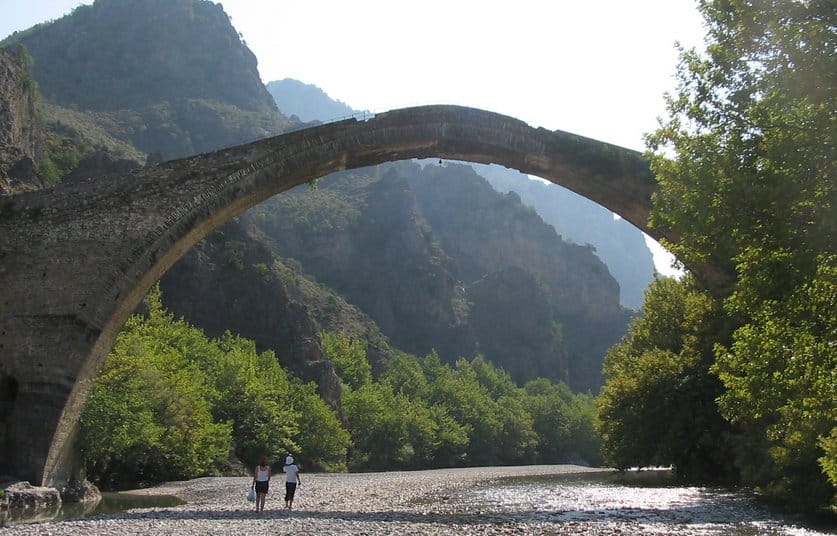 While it looks cool, the Old Bridge of Konitsa was built in 1870 and is just too old for us to risk our lives in order to cross. 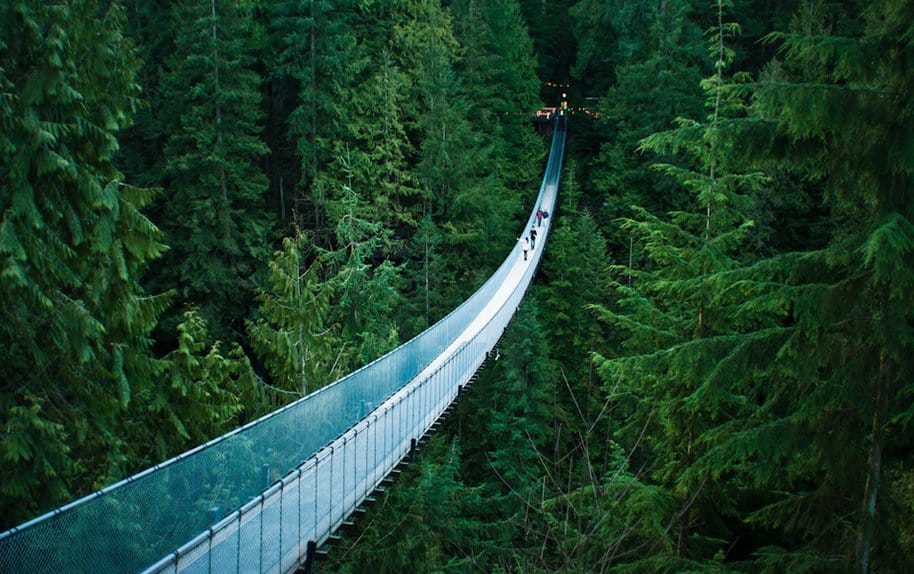 Vancouver sure is beautiful, but we aren’t too keen on crossing this long, suspended ridge traversing a river that happens to be a full 70 meters above the ground. 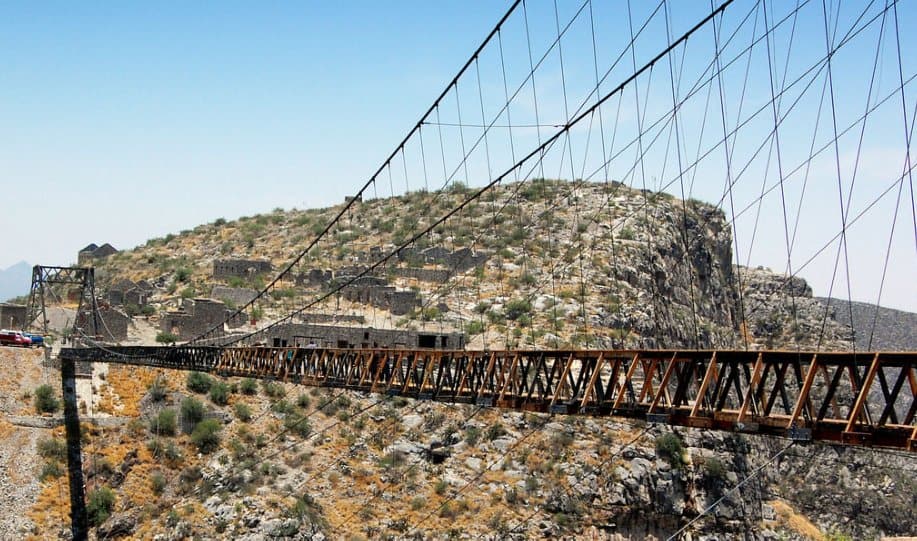 While this bridge has stood the test of time, we’re just not huge fans of heights, even if the bridge was designed by the same guys who planned the Brooklyn Bridge. 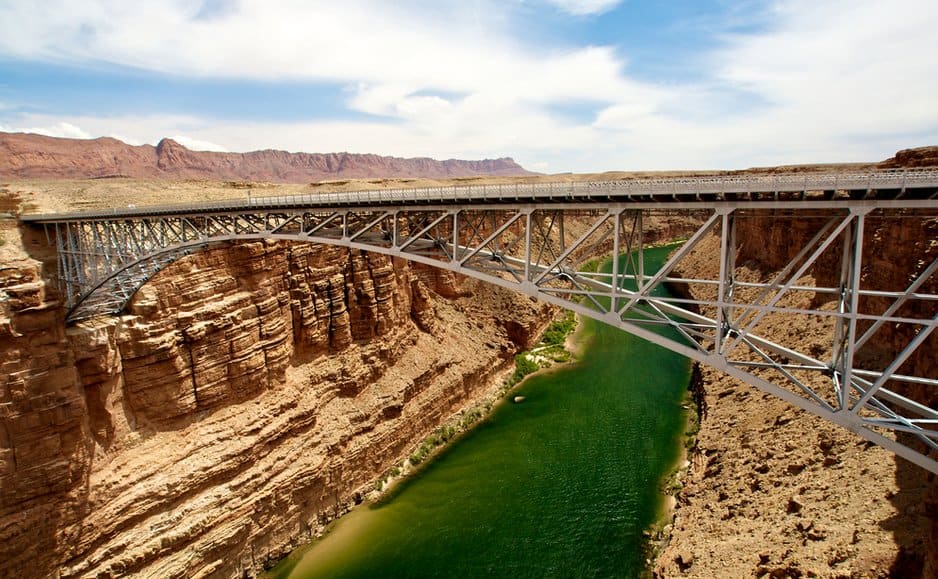 At over 800 feet long and over 460 feet above the canyon floor, you’ll have to pay us a lot of money to cross the Navajo Bridge in Arizona. 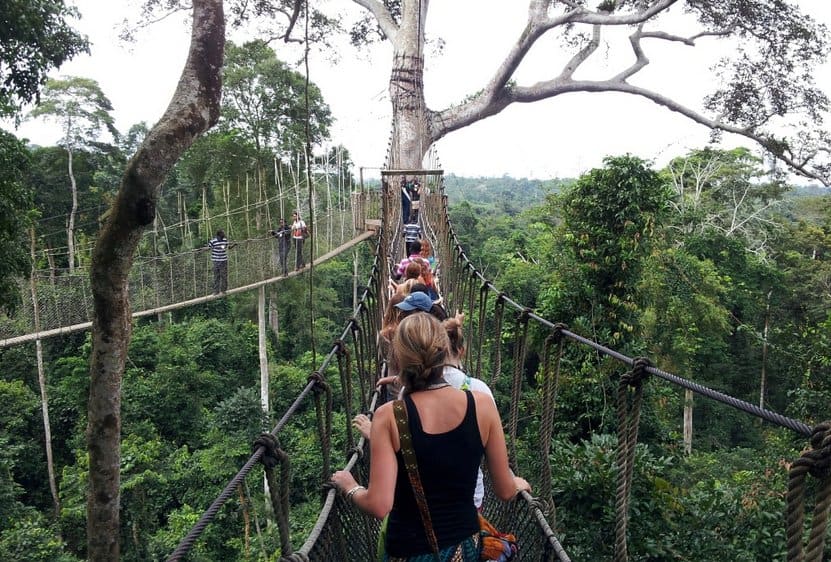 Not only do we have zero interest in crossing this scary bridge, but we’re not sure where you go once you do cross it: the Canopy Walk found in Ghana happens to connect separate tree tops! 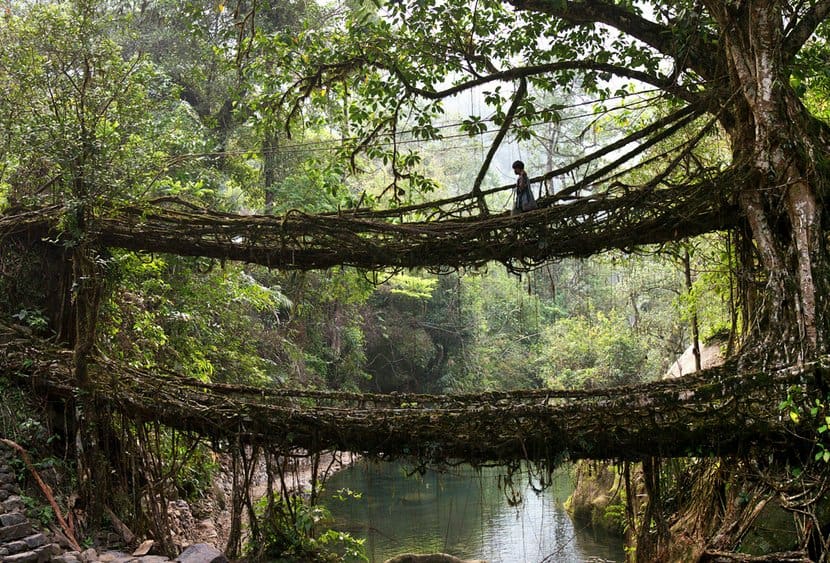 We’re not too afraid of this one because we’ve seen how tough tree limbs and vines can be, but you have to admit: the idea of trusting your life to trees is, well, crazy! 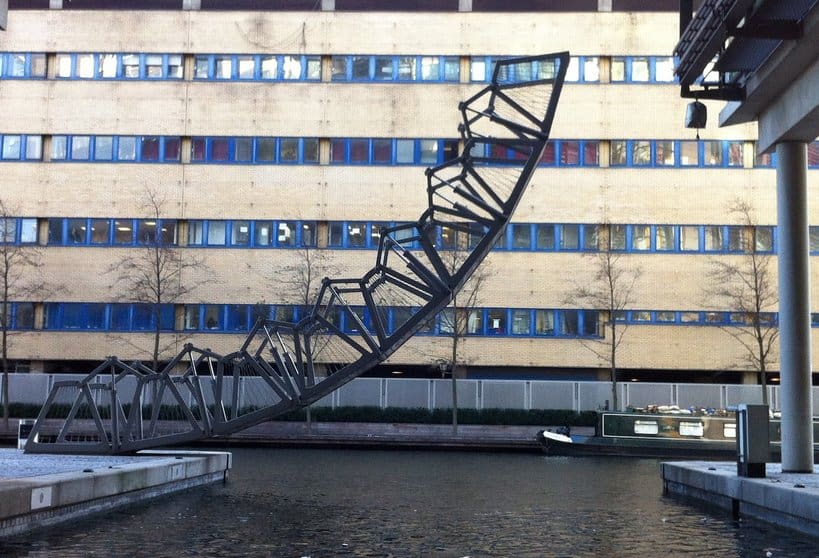 This one seems unnecessary to us but the Rolling Bridge found in London, England, opens and closes using hydraulics. We wonder if there’s a secret password too… 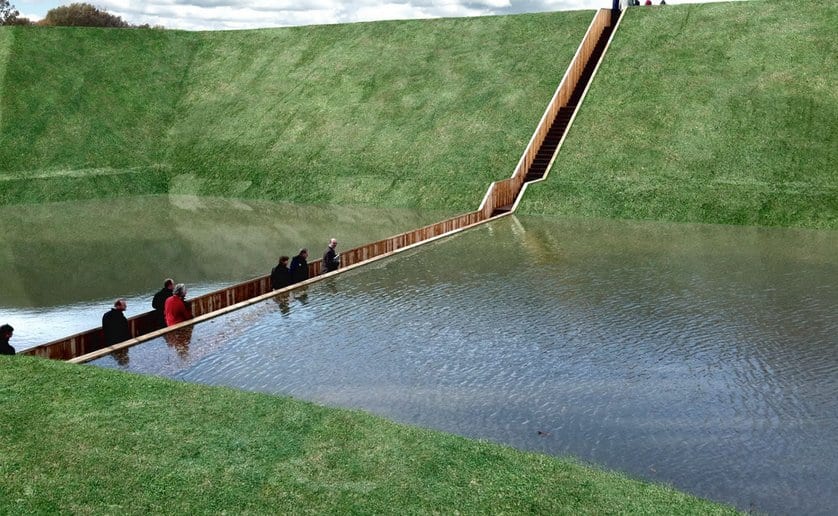 Ever wanted to cross a river while not getting wet? Well now you can! Just head to the Moses Bridge in The Netherlands, just don’t count on seeing us there since we can’t swim. 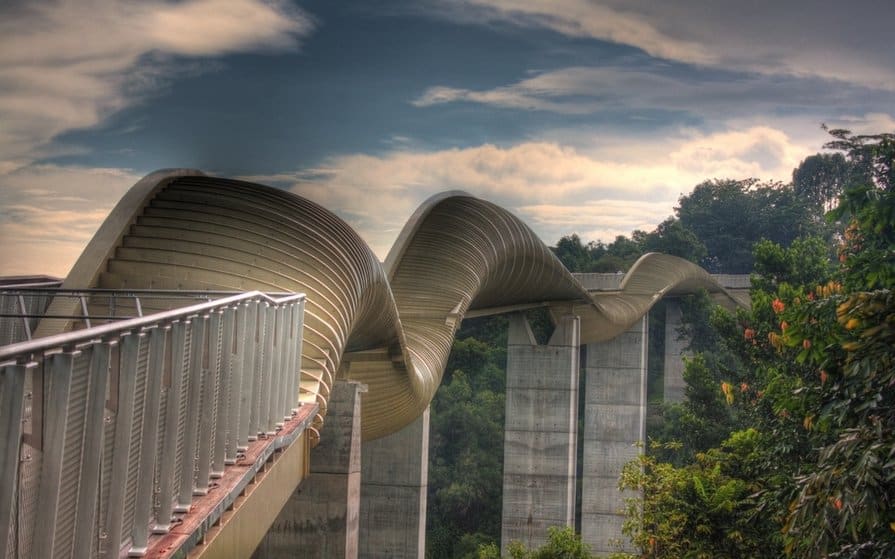 This bridge found in Singapore is supported by steel girders that rise and fall as the bridge progresses – we get seasick just thinking about it. 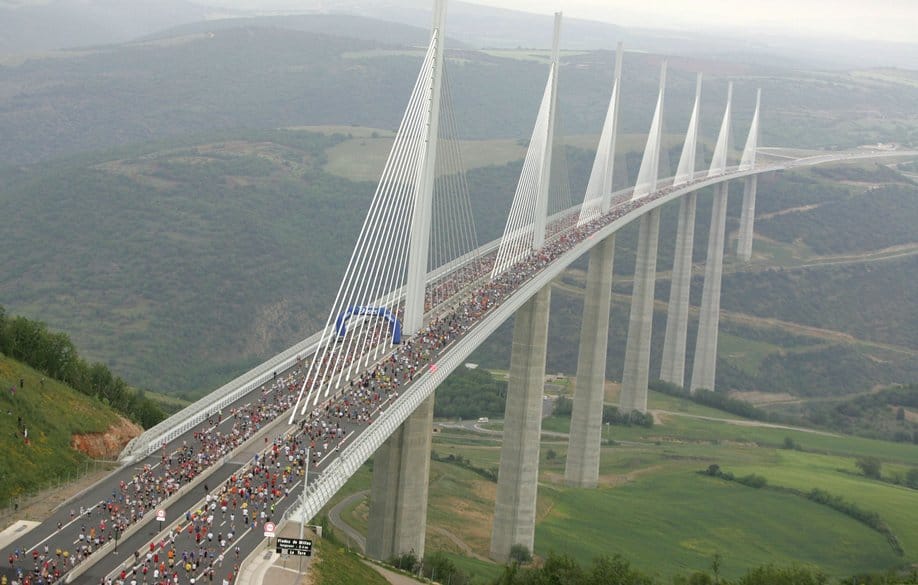 Since we’re afraid of heights, we had to make sure the Millau Bridge found a place on this list: it’s the tallest bridge in the world at over 1,100 feet high. 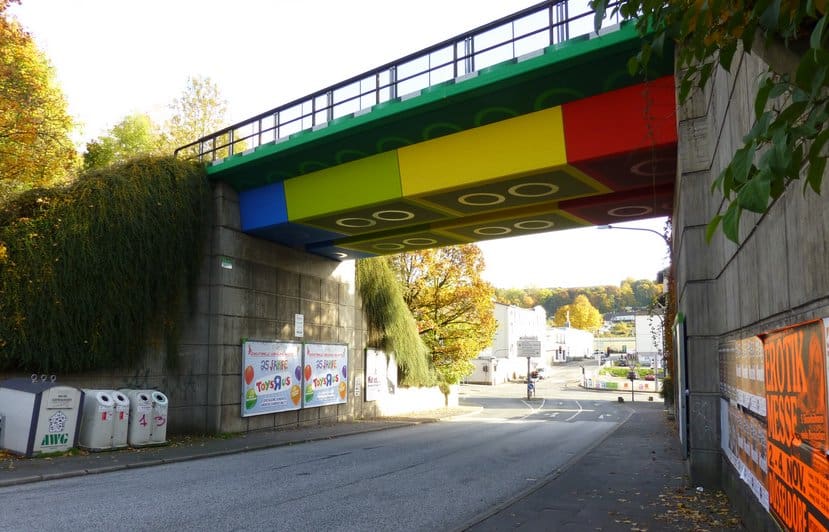 Okay, okay. So this one isn’t that scary, and those are support beams that are painted to look like Legos. But we still don’t like the idea of trusting something that looks like a childhood toy with our lives. 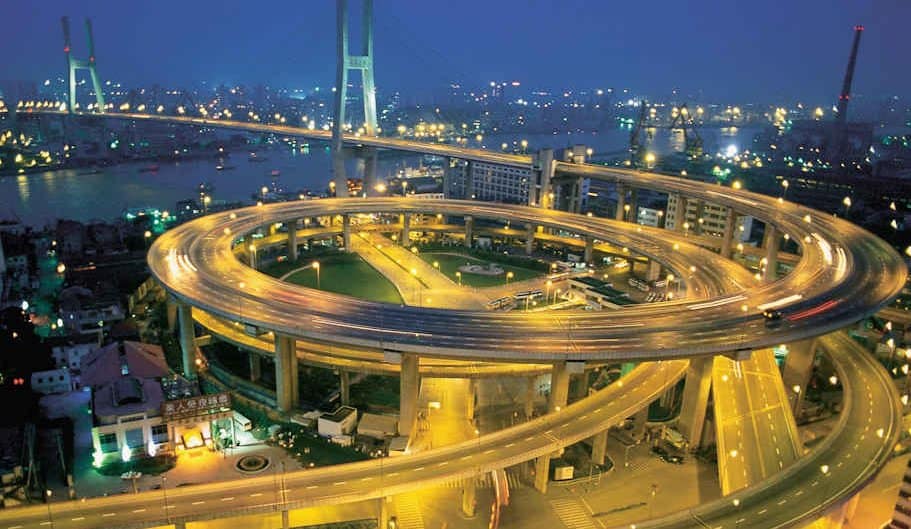 This bridge seems totally unnecessary to us, as you have to drive a full circle in order to cross this bridge. The idea of getting dizzy while driving does not strike us as safe. 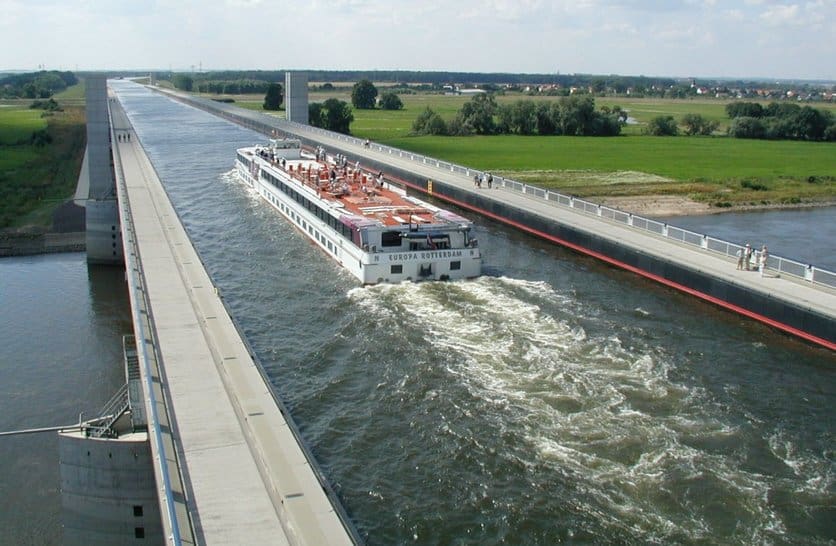 Leave it to the German’s to build the world’s longest navigable aqueduct bridge, complete with pedestrian space on the sides. We just hope it doesn’t spring a leak… 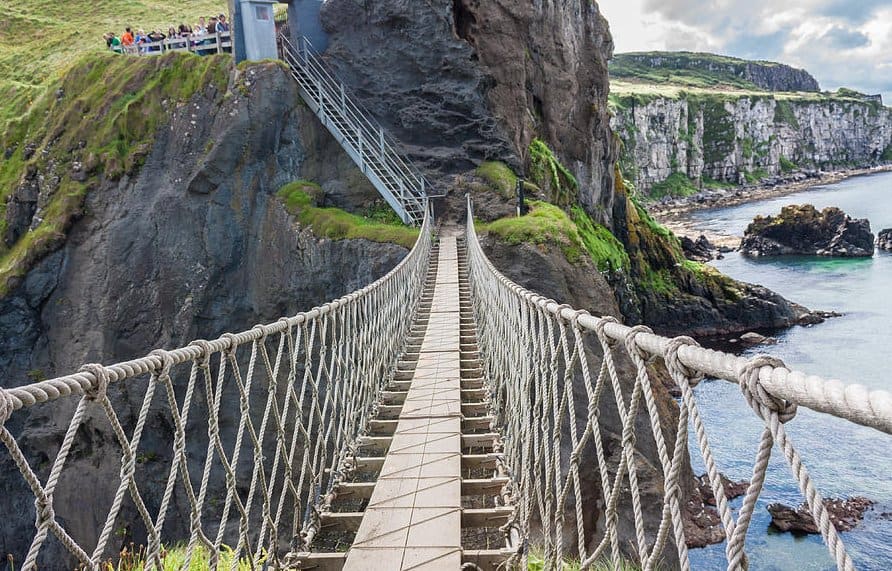 This rope bridge found in Ireland can hold only 8 people at one time! Not only do we not want to be one of those 8 people, but we’re not 100% sure why anyone would bother making a bridge that becomes questionable once you put person number 9 on it. 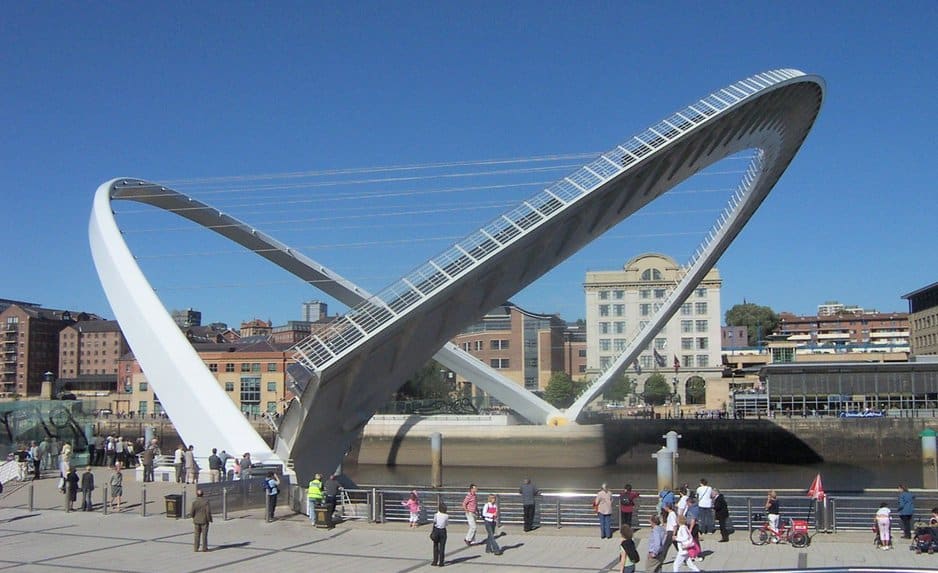 This bridge is actually tilted to one side, and can lower itself when people need to cross. It does not strike us as something we’re interested in crossing. 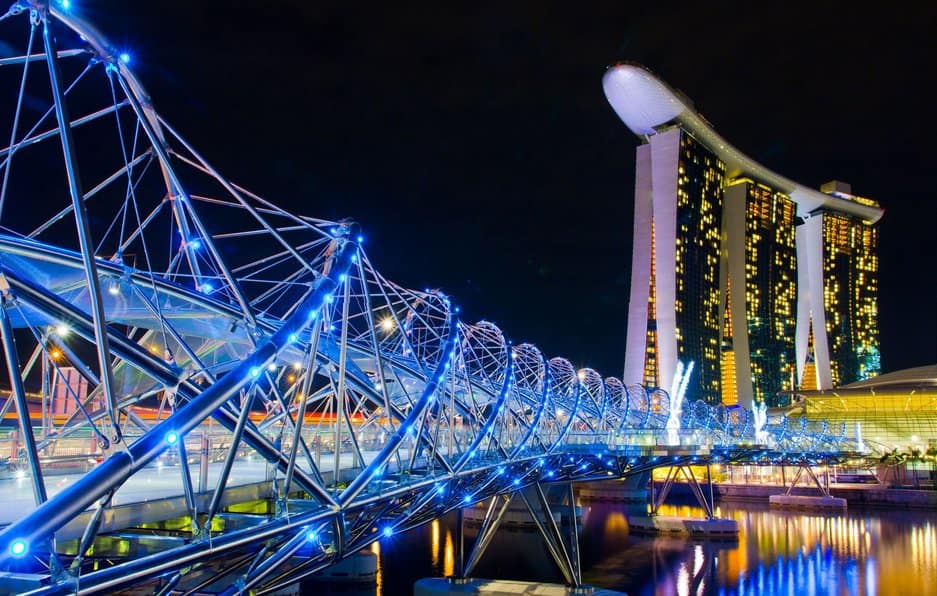 The Helix Bridge is designed to look like, you guessed in, a sequence of DNA. Given that DNA gets pretty twisty, we’re a little worried by might get dizzy when crossing. Sure looks cool though… 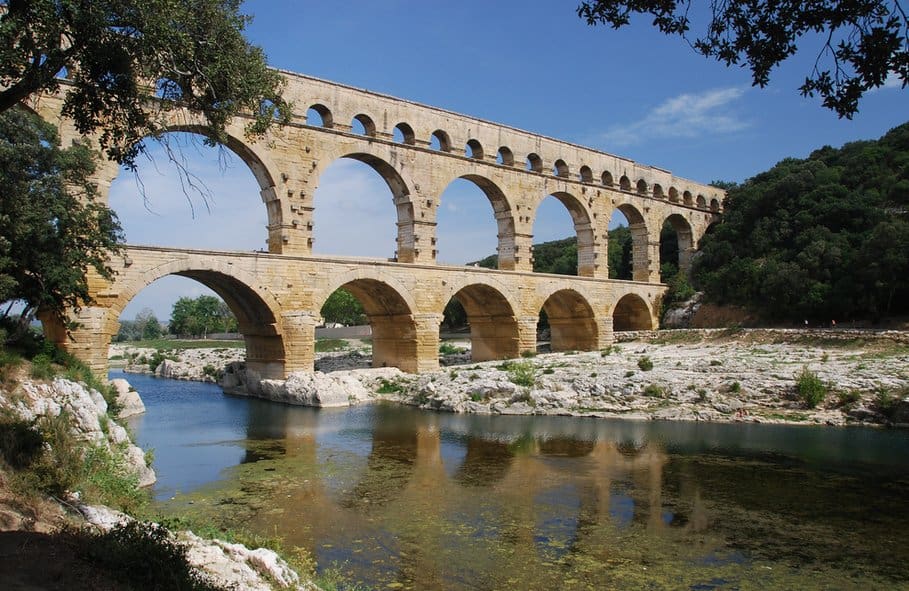 We love history, we just don’t want to use it to cross any rivers. The Pont du Gard Aqueduct was built by the Romans in 40 A.D. and while it looks cool and was advanced for its day, that’s just too old for our taste. 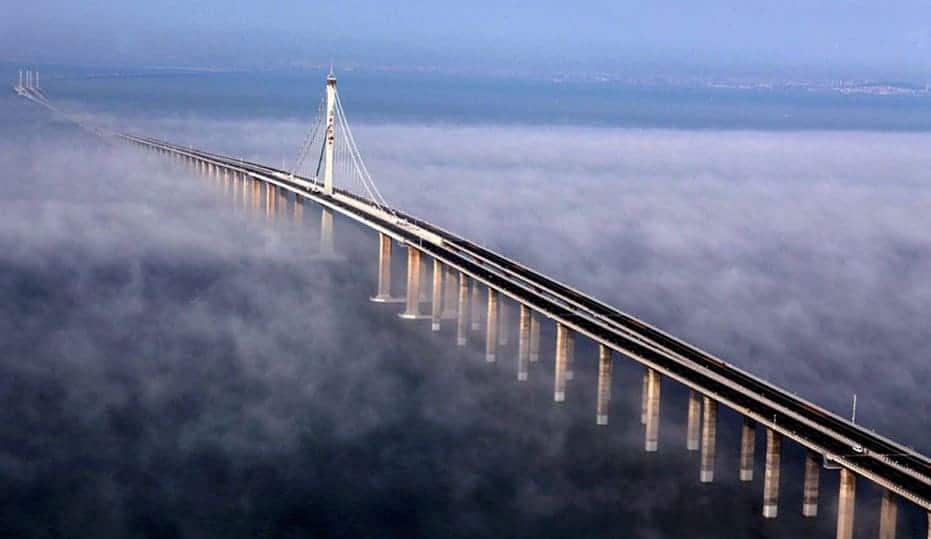 And the number one craziest bridge in the world you ask? Just head to Qingdao, China, and take a drive on the world’s longest bridge over water. This bad boy is a full 16 miles long and if you’re halfway across when something bad happens you can probably say goodbye.