It is hard to find a science fiction show these days, but it’s even harder to find a good science fiction show. This doesn’t mean your sci-fi itch can’t be scratched with some fun and intriguing current shows. There are also others that are older but still hold a candle to the newer shows that must be mentioned as they are often overlooked. From Babylon 5 to Battlestar Galactica, here are the top 11 must see sci-fi shows in no particular order. 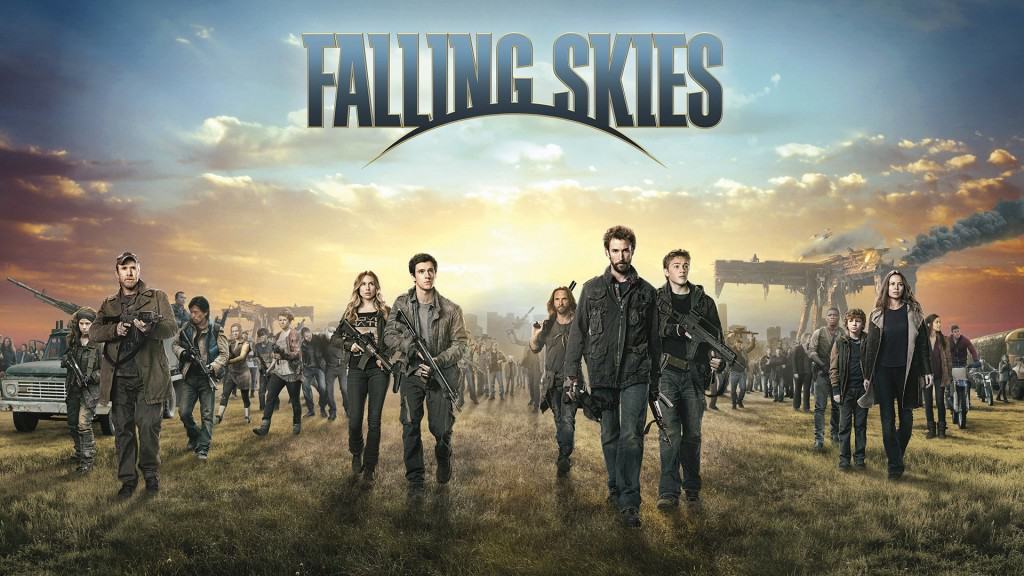 An alien race attacks Earth and nobody has a clue why it happened. The people that survived are trying to organize and stay alive as long as possible. The show gives off a Walking Dead vibe, but has interesting twists. It tackles social problems but mostly stays strong to the sci-fi adventure type of show. 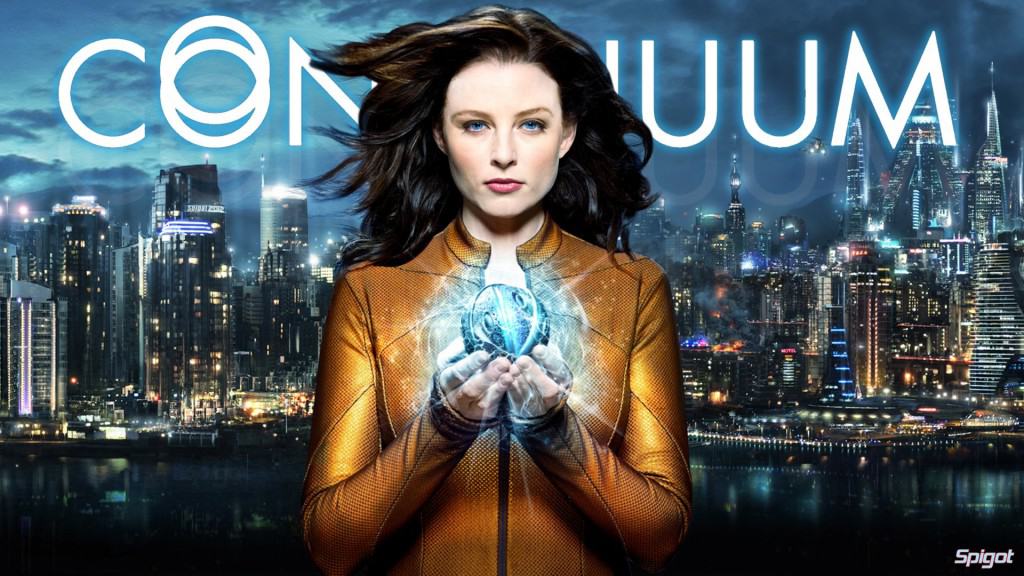 A detective from the future gets seemingly accidentally thrown back in time (present time) to hunt down criminals which were thrown back in time with her. Other than interesting story lines and some procedural episodes, the show tackles some interesting questions. One of which is what is the cost of freedom? The detectives future is controlling society and trying to keep peace, but the rebels that try to fight for freedom constantly make terrorist attacks with no regard to the safety of civilians. As the show goes on, you will definitely see more time travel, fun gadgets and great plots. 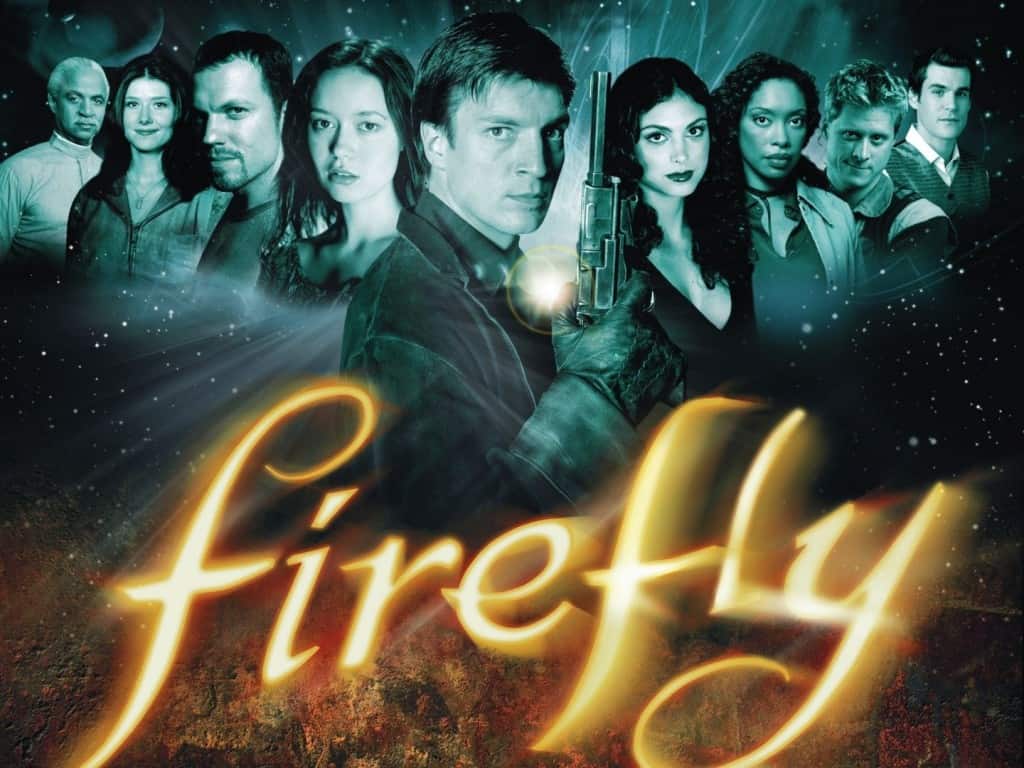 Firefly is a show that centers around an outlaw crew that flies a small star ship called Serenity. Now this wouldn’t seem inetersting if the show didn’t have fantastic characters and cast, a wild west in space feel, great humor and special effects. Unofrutnatly, the show left it’s fans too early with only one season in. However, due to the need for an ending, Joss Wehndon, the creator of the show, made a full length movie called Serenity in order to conculde the show. 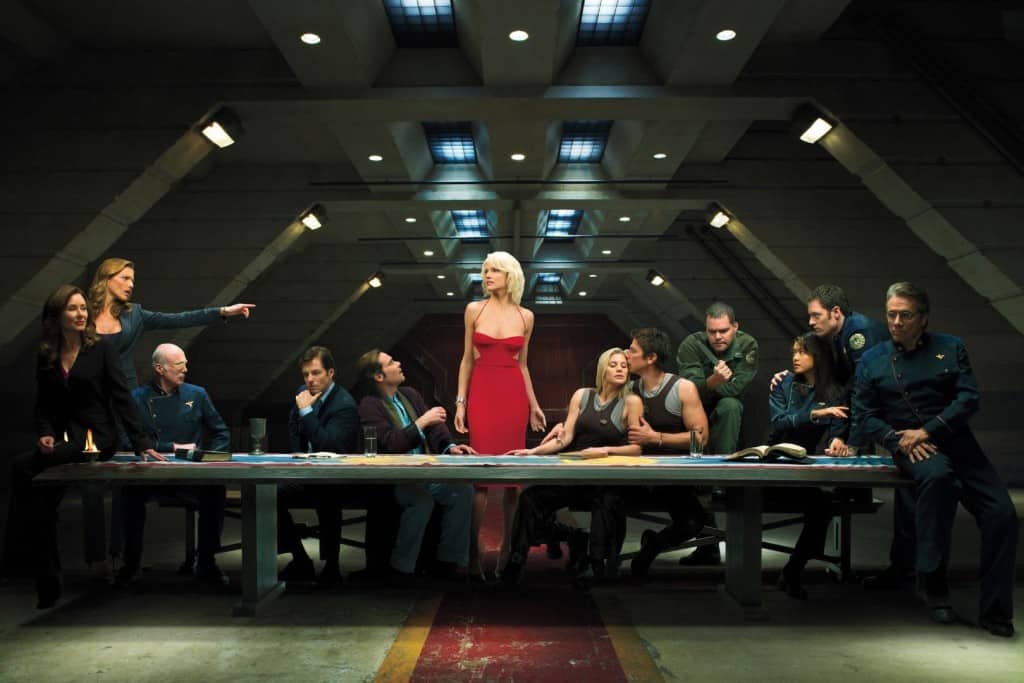 Possibly one of the best sci-fi shows out there. The show centers around a small group of people that managed to survive an nuclear holocaust from the Cylons, a robot race created by humans. However, the humans are not from Earth, but from Kobol, an Earth-like planet. Now they are floating trough space, fleeing from the Cylon forces and trying to find the mystical planet Earth that is only a legend written down in their holy books. 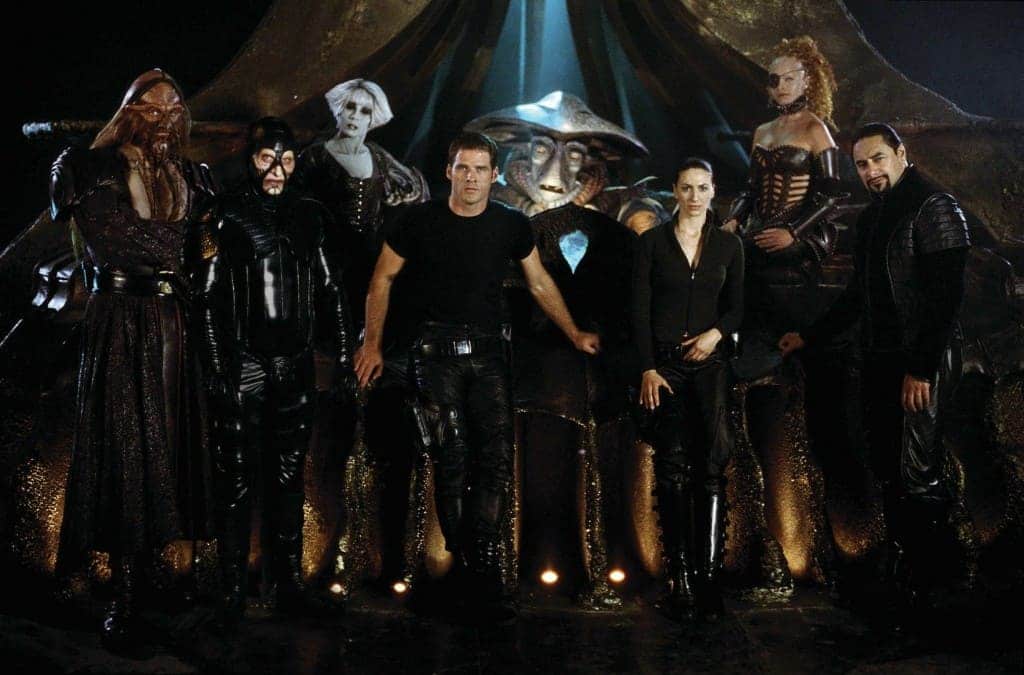 Farscape is a bit older show that centers around an American astronaut that, due to an experimental space craft, gets whisked away to unknown part of the galaxy. He meets various alien races that are on the run from a huge galactic civilization bent on controlling the universe. 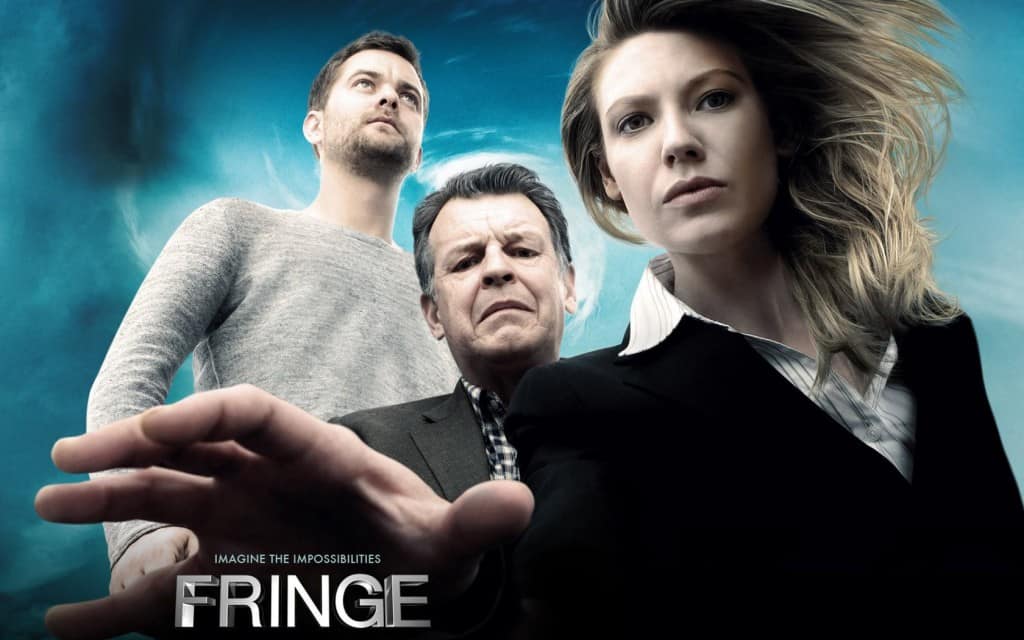 A show centered around a female FBI agent who is forced to work with an institutionalized scientist and his son in order explain the unexplainable. Fringe gives off a X-flies like feel at first, but soon finds it’s own pacing and story that is nothing short of amazing. 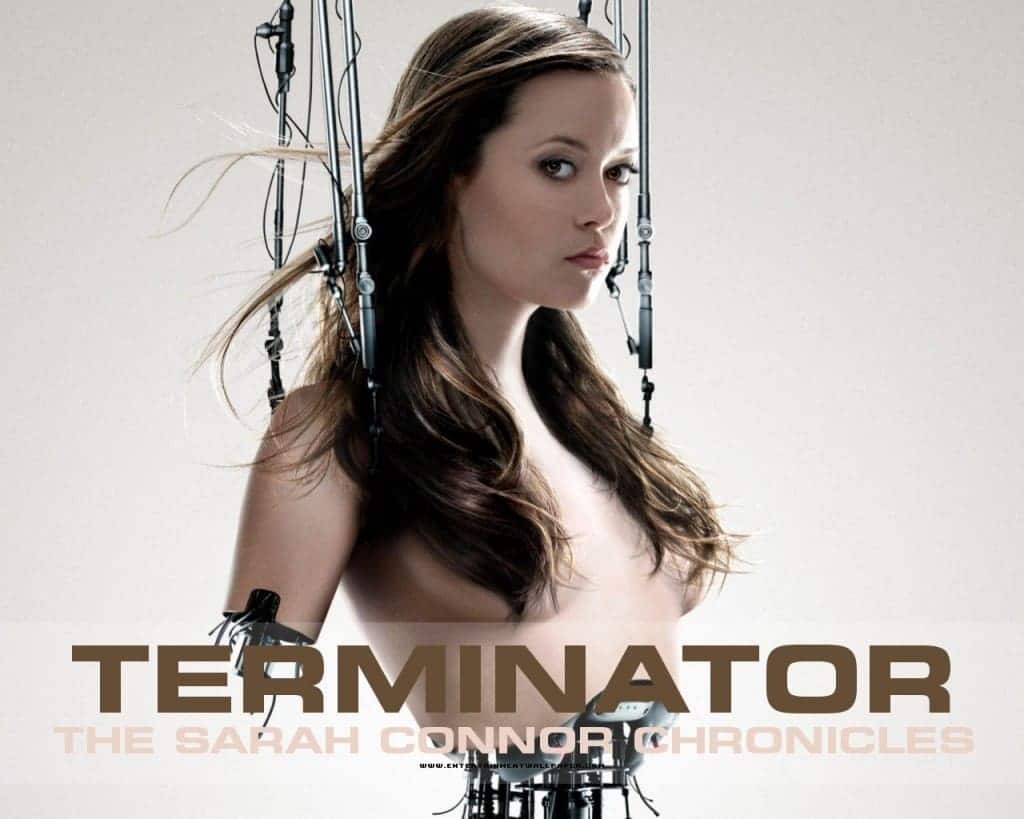 Do you like The Terminator? Well Sarah Connor Chronciles is a short lived showed centered around Sarah Connor and her son John Connor in the time Skynet was still in development. The charismatic Summer Glau is a friendly terminator sent back to defend Sarah and John from the threats of the future. 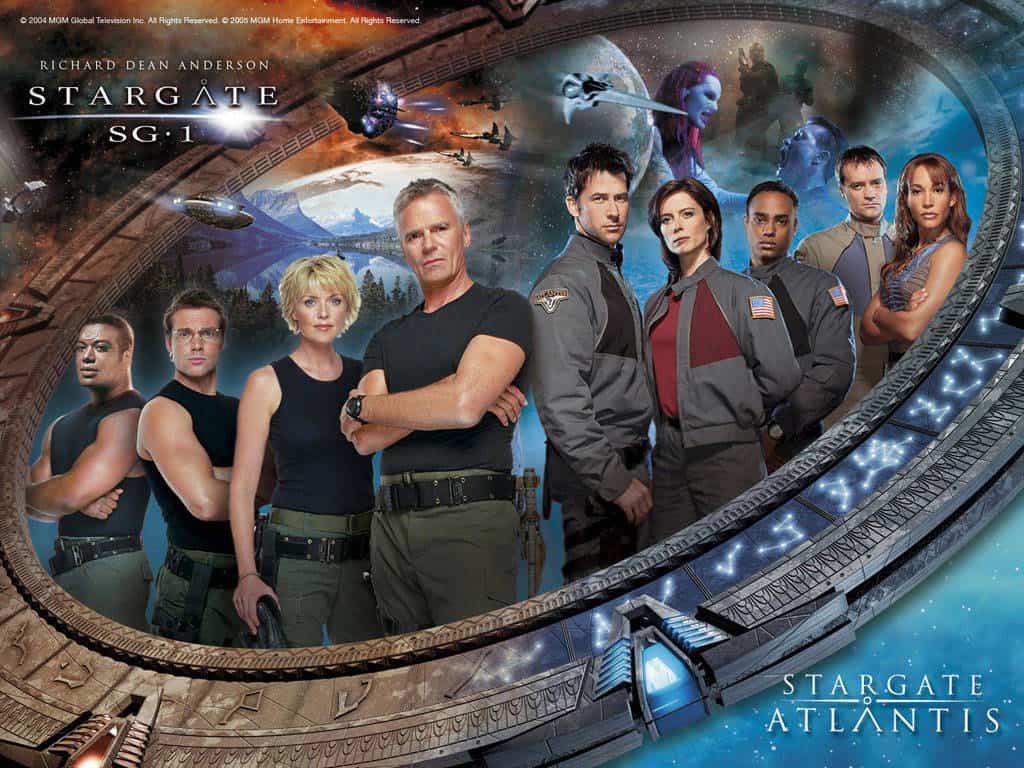 The Stargate franchise started in 1999 with the same named movie. A military group uncovered an ancient gate in the middle of the desert that is of alien origin. Little did they know that the gate connects to thousands of other gates all across the galaxy. The team defend Earth from various alien threats as well as help other alien races coupe with their situations. The original show, Stargate SG-1, lasted for a whooping 10 seasons. Stargate Atlantis lasted for five, while Stargate universe lasted for a mere two seasons. All together, the number of episodes gets close to 300.

One the most beloved Sci-Fi franchises that started way back in 1966 and lasted all up until 2005 is probably responsible for elevating sci-fi in pop culture as well as inspiring scientists to discover and create various inventions. Star Trek is based in about 300 years in the future (depending which series you wish to watch) that focuses on space exploration, species communication, galactic wars and politics. Mostly everybody has heard of the franchise, but just in case you didn’t or haven’t seen all the show, you should definitely give it a look. You can chose from Star Trek, Star Trek: The Next Generation, Star Trek: Voyager, Star Trek: Deepspace 9, Star Trek: Enterprise. 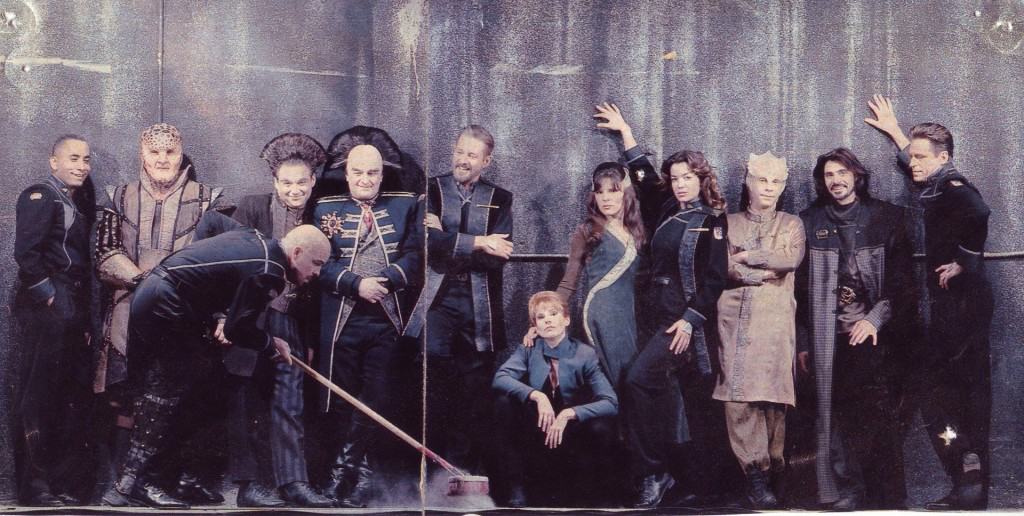 An overlooked show that was popular back in the 90’s yet, for some reason, forgotten. The show centers around a space trading station called Babylon 5 that caught in the midst of interstellar political intrigue between various species. The topics of the show are interesting that could even surpass various other shows are being produced today. Definetly a must see! 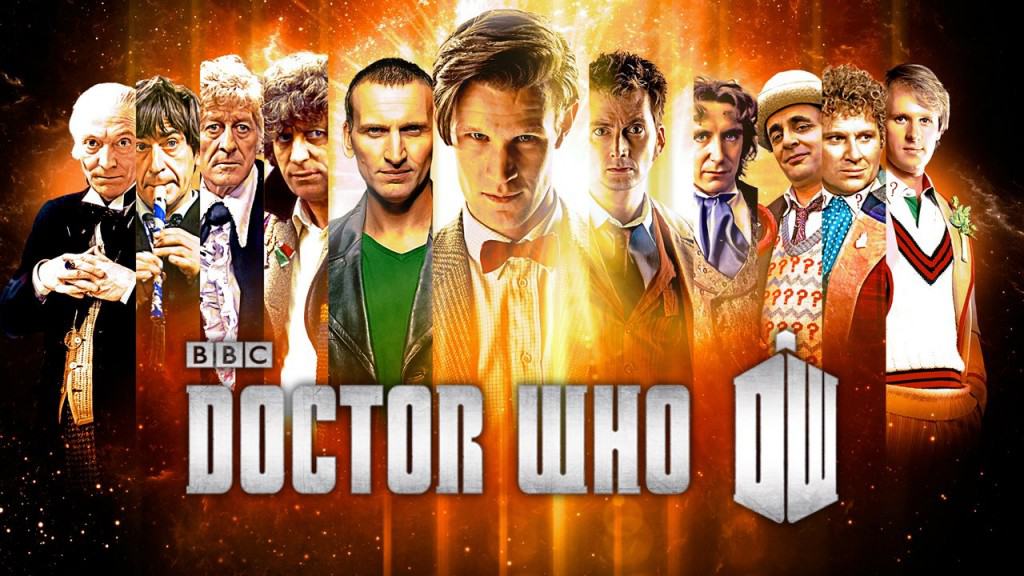 Doctor Who started as BBC produced Sci-Fi show for children that focused on a Time lord, an alien being, that calls himself The Doctor. He flies in a space ship that can travel trough time and space whilst being disguised as a blue police box. The show is mostly for a younger audience but can still offer great fun and interesting topics as well as really creative story lines. Don’t expect anything too dark though.