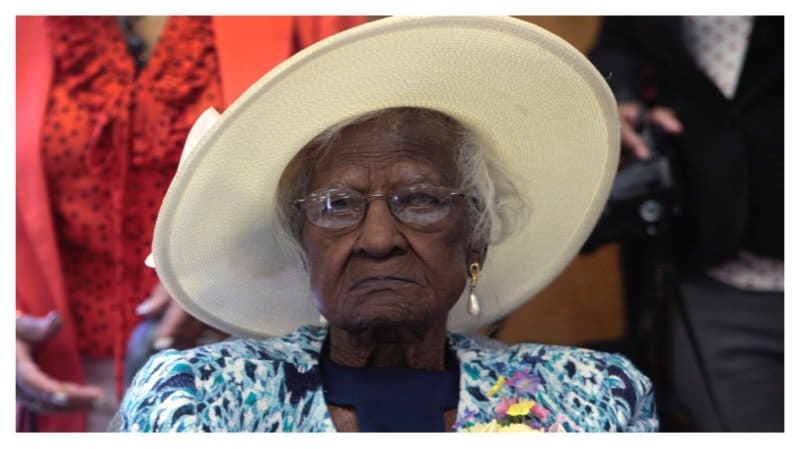 The World’s Oldest Person Dies At 116

Jeralean Talley passed away at her home Wednesday night. She was 116-years-old, and was considered to be the world’s oldest living person. Her 77-year-old daughter, Thelma Holloway, confirmed her death to news outlets.

Holloway stated that her mother was recently hospitalized and was being treated for fluid in her lungs. She was able to return home after her treatment. Jeralean Talley celebrated her 116th birthday last month on May 23rd. She celebrated the milestone birthday at the Michigan Department of Health and Human Services in her hometown of Inkster, Michigan.

Jeralean Talley was deemed the oldest person in the world back in April after the two women that previously held the title, died within the same week of one another. When asked what was her secret to living a long and prosperous life, Talley gave the same answer each time. She said you should always be kind to others and to always have faith in God.