The 10 Biggest Airports In The World

Transport has become one of the main, and the most vital, aspects of daily life for the majority of people in today’s world. Air transport has especially become quite popular these days, as more and more people are opting to travel across the world and country, not just within their town or city, which can be accomplished via car, bus, or train. Air travel can be costly, though, but it is more convenient. Of course, thanks to how costly it can be, airports have managed to grow and increase in size and their comforts in an effort to accommodate more paying customers. Here are the ten biggest airports in the world. 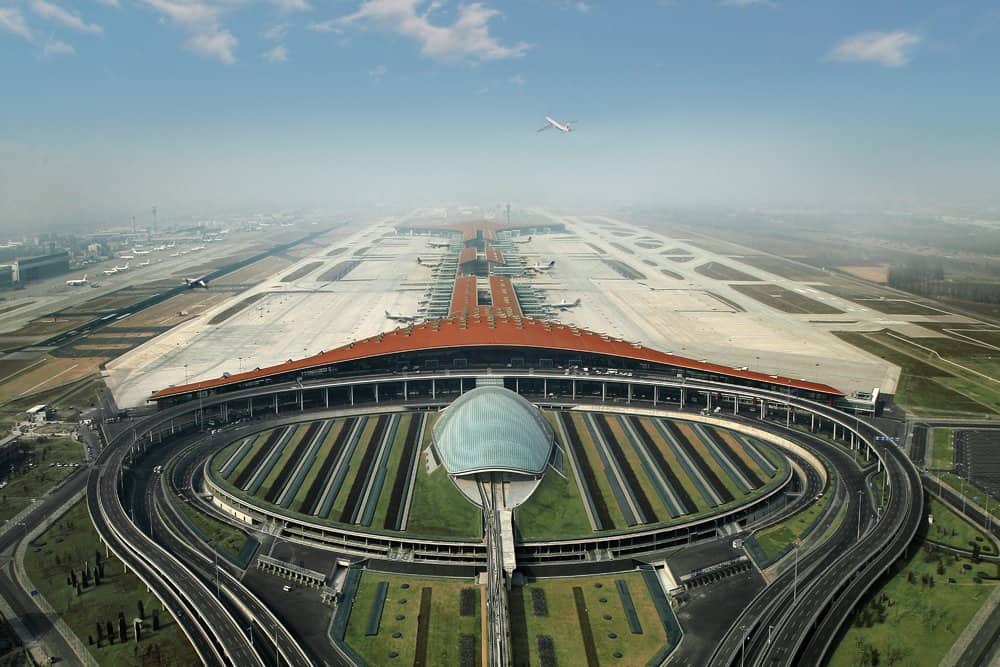 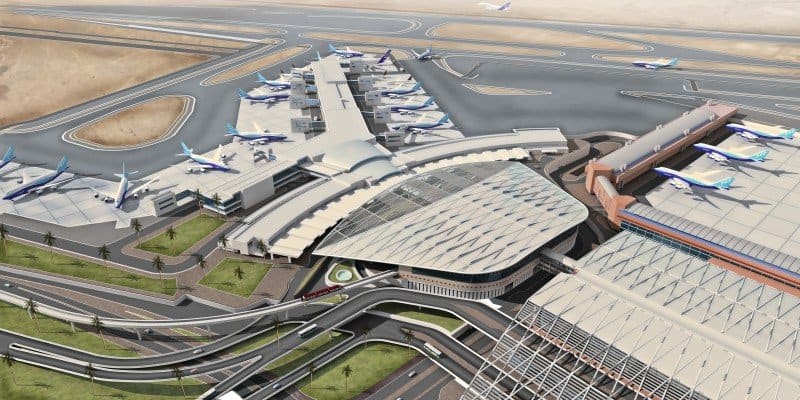 Cairo International Airport encompasses a total of 2550 ha, and is the primary hub for such airlines as Alexandria Airlines and AMC Airlines, among others. 14 million passengers fly out of the 4 terminals regularly. 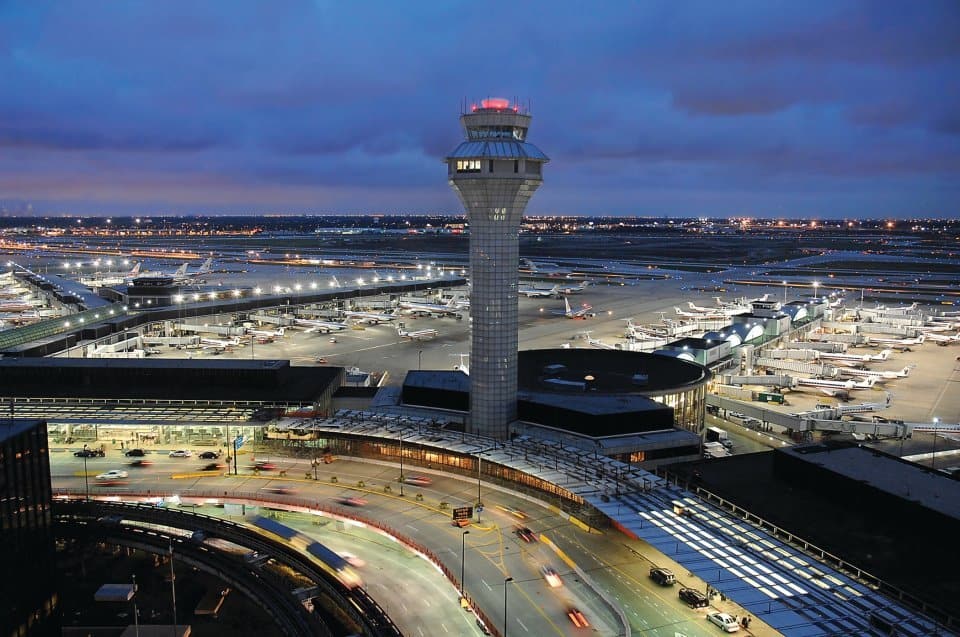 Chicago O’Hare International is the third busiest and biggest airport in all of the United States in terms of passenger count. They see upwards of 40 million passengers per year. 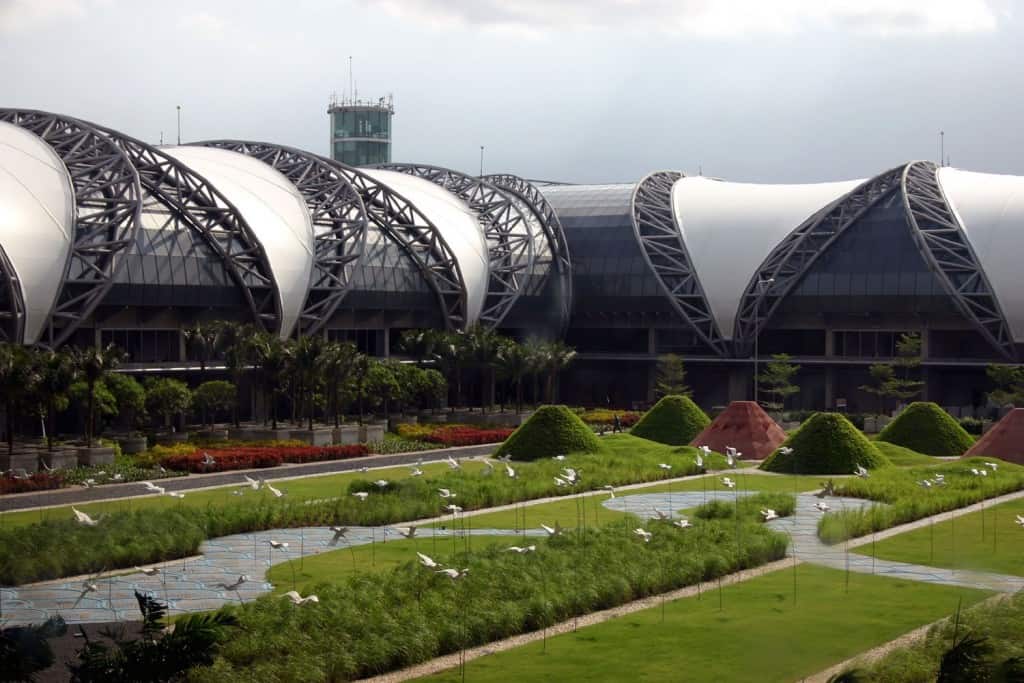 Bangkok International Airport, operated by Thailand PLC, is the home to all international flights and most of the domestic flights in the area. With an area of 2980 ha, almost 30 million international passengers move through here annually. 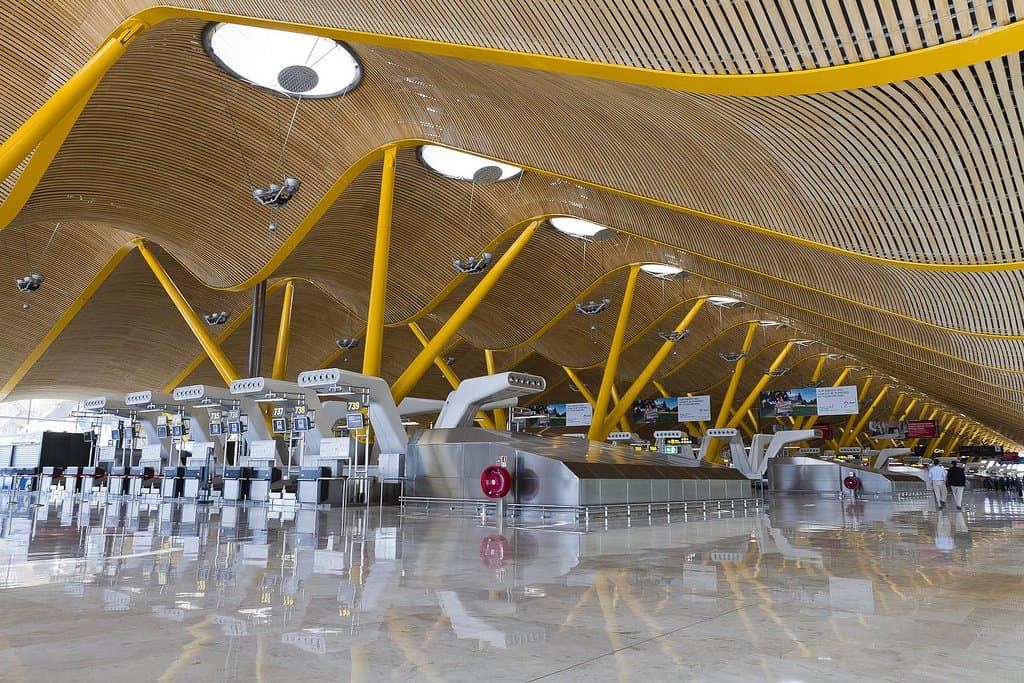 Madrid Barajas is the largest and busiest airport in all of Spain, with a total area of over 3050 ha. Over 41 million passengers move through the airport annually. 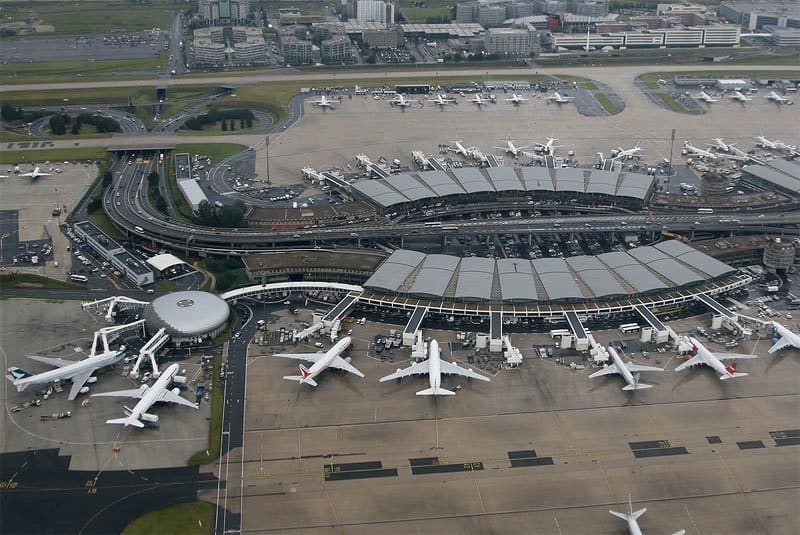 Charles de Gaulle Airport, situated in the northeast of Paris, sees over 62 million passengers annually, and covers an impressive 3200 ha of land. It is one of the largest in the world, not just Europe. 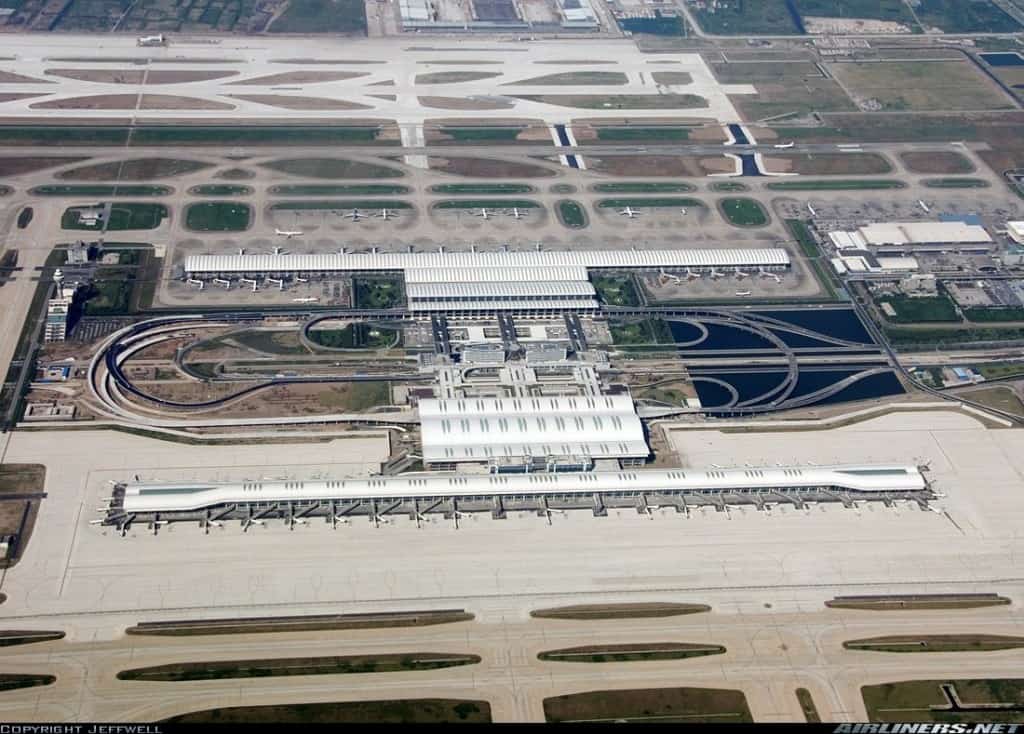 Shanghai Pudong International Airport is quite important in terms of major international flights. Almost all visitors to Asia will pass through this 3350 ha airport. In fact, over 52 million fly through annually. 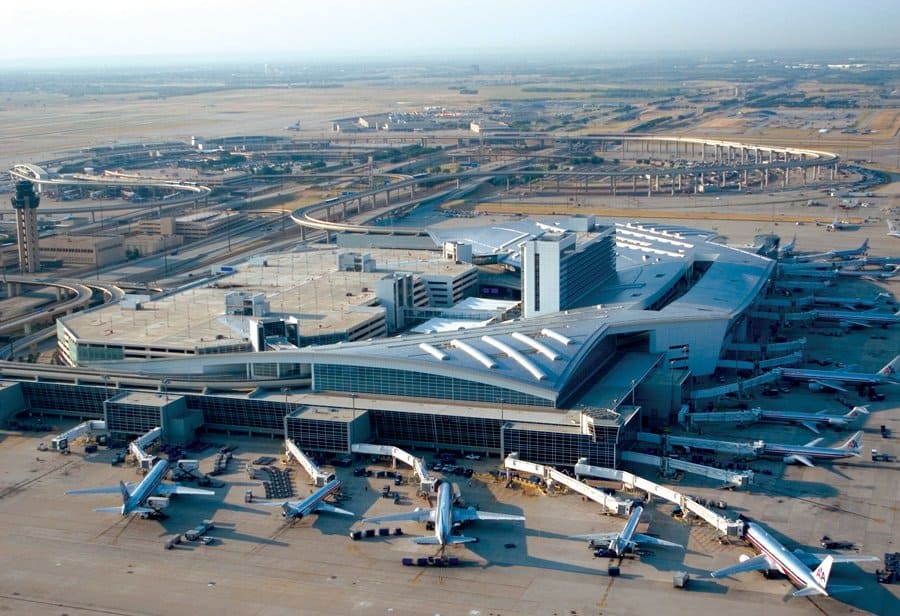 The Dallas/Fort Worth International Airport is situated directly between the two major cities in Texas. It is one of the biggest in the world, and is the second largest in all of the US, with an area of 7800 ha. The airport usually sees around 63 million passengers annually. 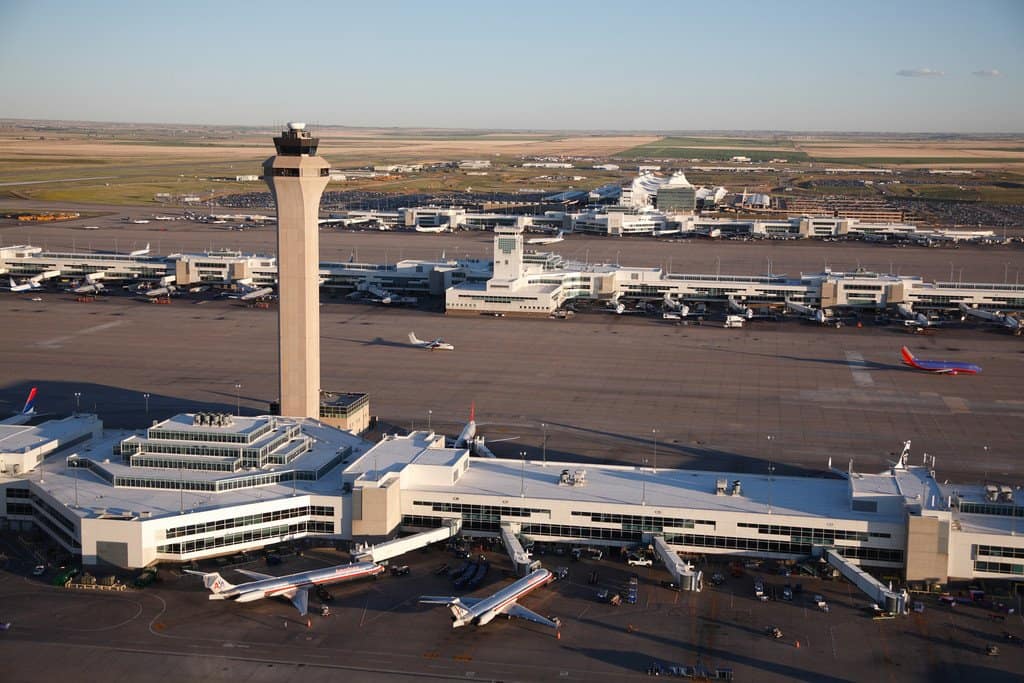 Denver International Airport is the second largest airport in the entire world and the single largest in the US. We’re sure this has nothing to do with the legalization of marijuana, but over 31 million passengers fly through annually. It encompasses 13726 ha in total. 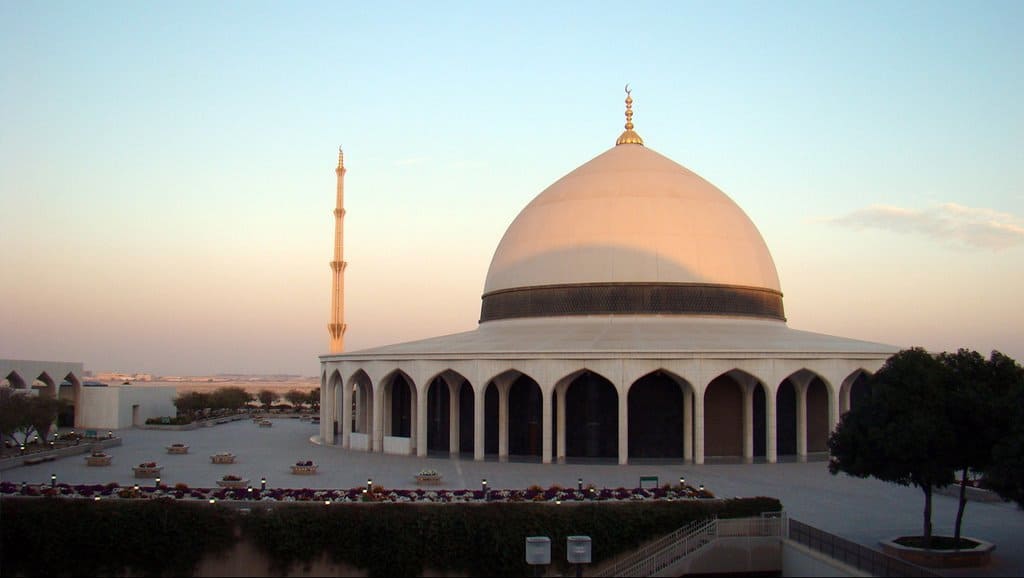 King Fahd International Airport, located in the northwest of Dammam, Saudi Arabia, is the world’s biggest airport at 78000 ha. Operated entirely by the General Authority of Civil Aviation, the six-story terminal airport publicly opened just over a decade ago. They even have a Royal Terminal for the Saudi Royal Family. As for regular passengers, they handle over 30 million per year.