Check Out These 20 Times Beyoncé Was Flawless

There is no doubt that superstar Beyoncé is flawless. The leader of the BeyHive is able to make heads turn whether she’s on stage, partying with family, or when she’s in mommy mode with her beautiful daughter. Queen Bey teaches everyone to live their lives the way they want to without any regrets. She also reminds us that if anyone has something to say, tell him or her that you don’t care you’re flawless. Let’s take a look at some of the ways Beyoncé is flawless. 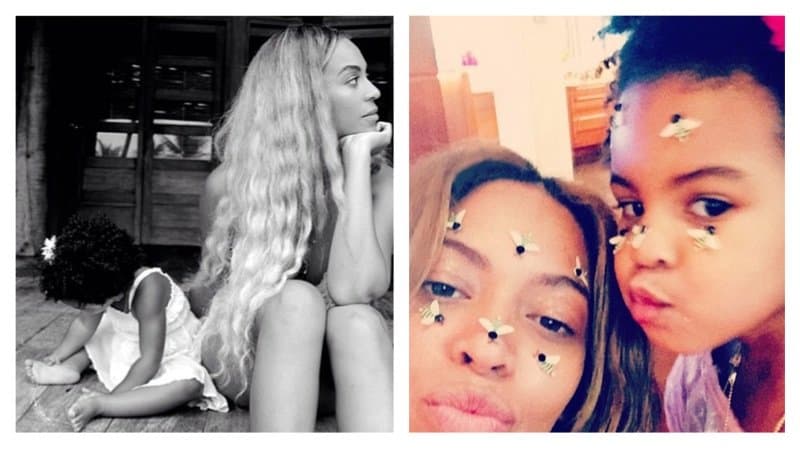 Hearts always melt when Beyoncé shares photos with her daughter Blue Ivy, whom she likes to refer to as Blue Blue. Beyoncé shared the photo of her and Blue Ivy covered with little bees on her Instagram. 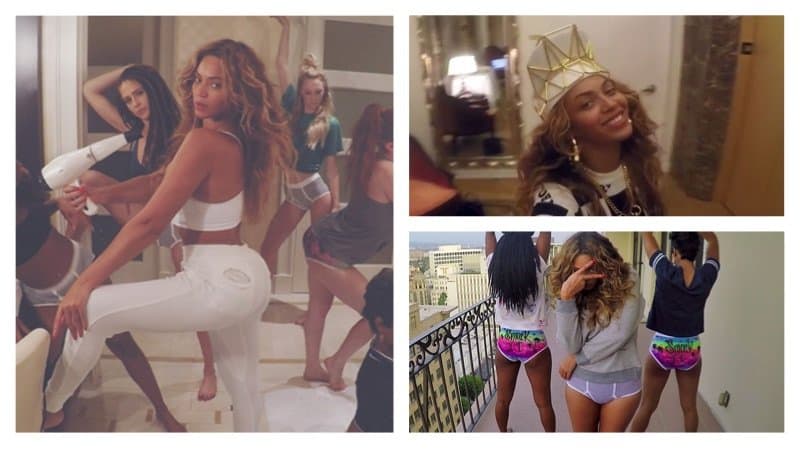 Beyoncé reminded us all that she was ‘fresher than you’ in her recent hit, ‘7/11’. The video featured Beyoncé and her girlfriends partying the night away in their hotel room. Beyoncé even danced in the bathroom while getting ready, something all women can relate to. 7/11 showed us that even Beyoncé likes to have random, crazy girl nights with her ladies. 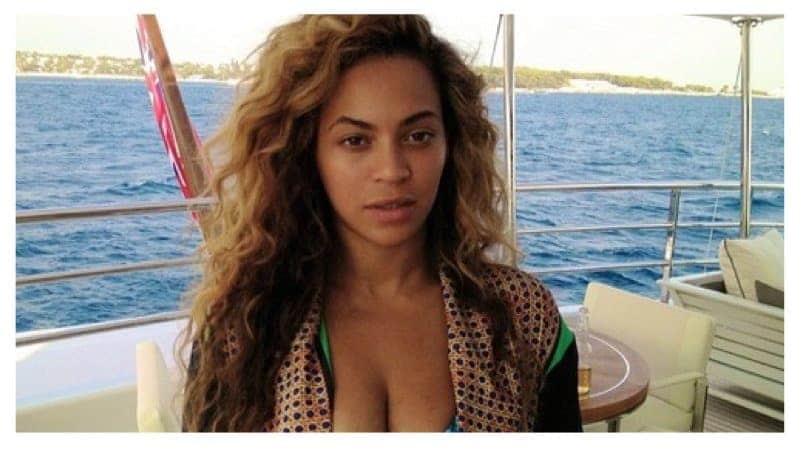 Beyoncé shared this photo of her self looking flawless without any make up. Natural beauty is hard to come by these days, and Beyoncé makes it seem so easy. 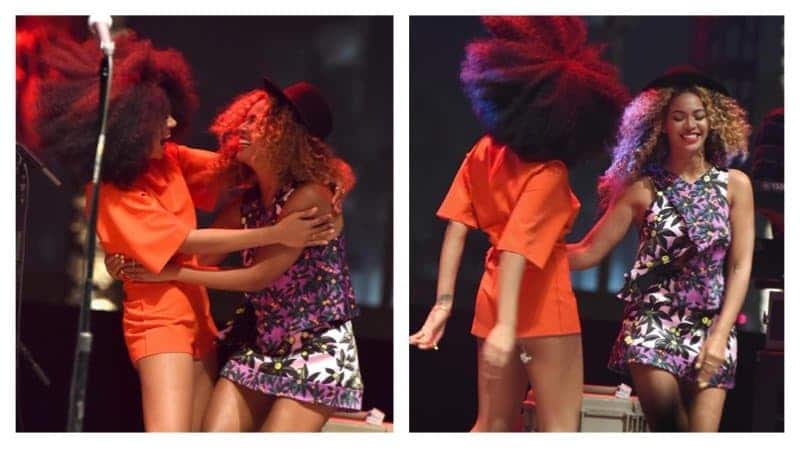 Beyoncé shocked everyone when she decided to pop up on stage during her sister, Solange’s set at Coachella. The two even had a cute little dance off. 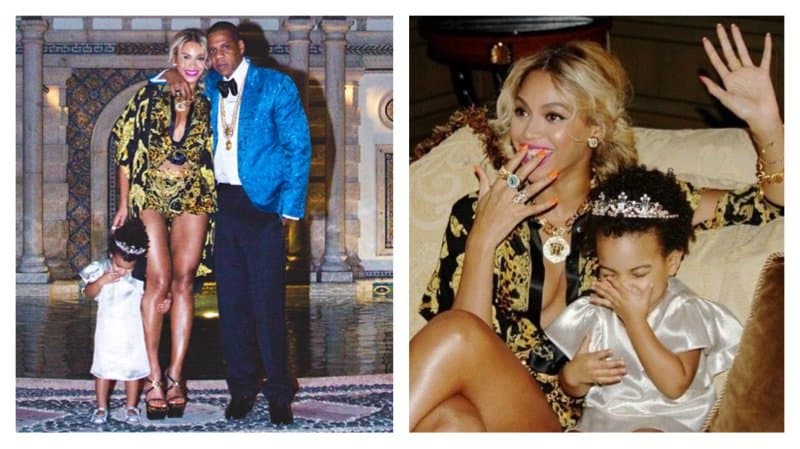 Family means everything to The Carters. This family photo was taken during New Year’s Eve 2014. Beyoncé even shares a heartfelt laugh with her daughter, Blue Ivy Carter. 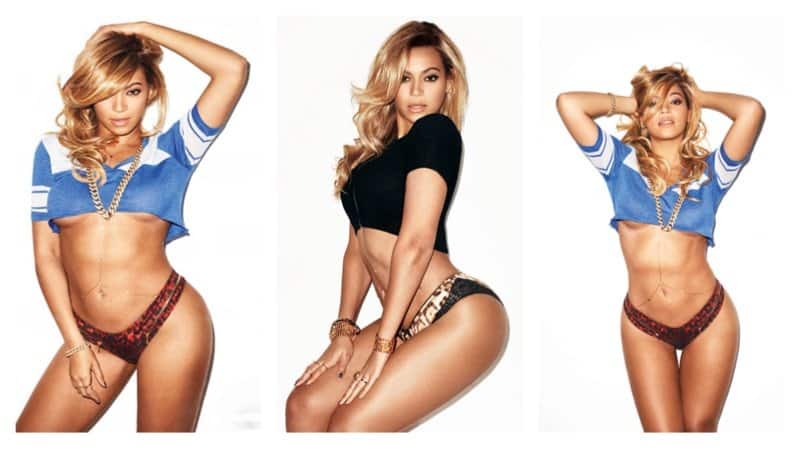 Beyoncé made heads turn when she decided to show off her post baby body on the cover of GQ magazine in 2013. The singer was excited to show the world that you can still be sexy after having a baby. 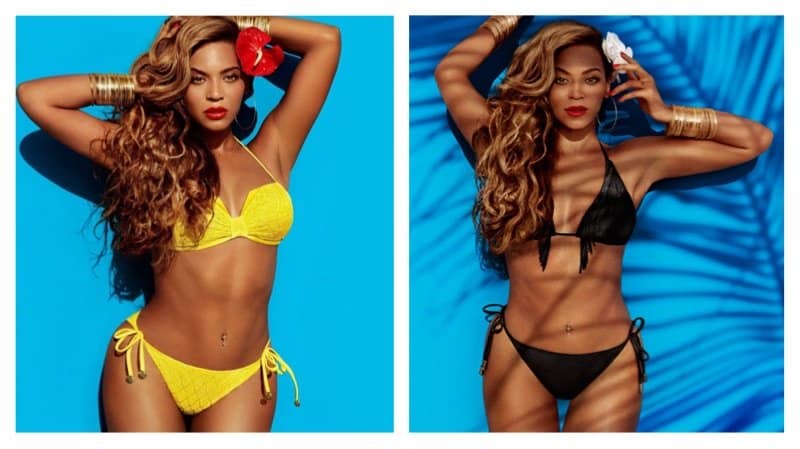 Beyoncé launched a global H&M campaign in 2013. The campaign included her own H&M swimwear and it was also the first time Beyoncé released new music in over two years.

Is that Janet and Michael Jackson? No, Beyoncé and Blue Ivy dressed as the sibling pair for Halloween last year. Little Blue Ivy even had the infamous Michael Jackson bedazzled socks and facial expressions down. 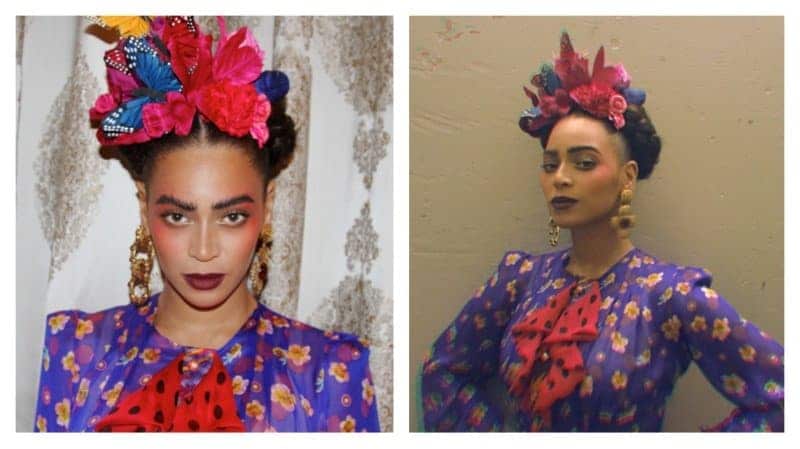 Beyoncé dressed as Frida Kahlo for last year’s Halloween. Only Beyoncé could make something so different and unique be beautiful. 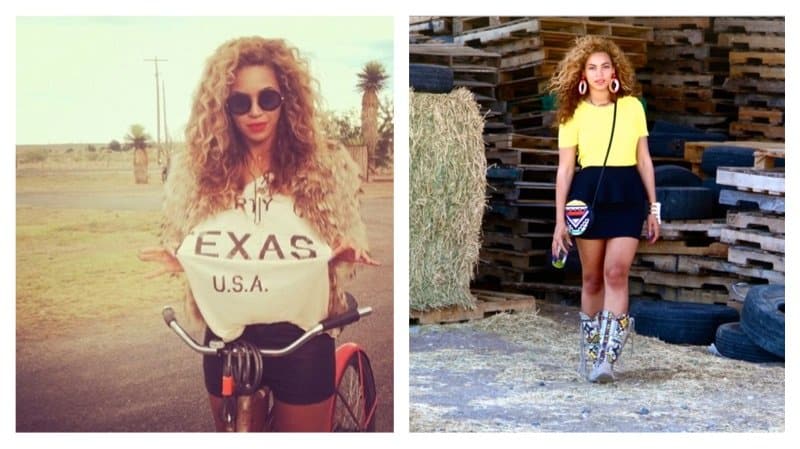 The superstar posted candid photos during a family trip to the small town of Marfa, Texas. Beyoncé’s fresh face and curly golden locks makes her look like she is still a young 20-year-old that’s still dangerously in love. 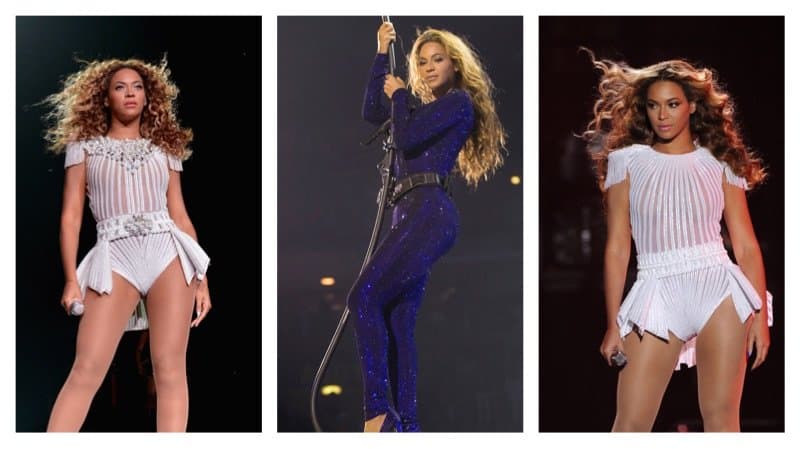 During her The Mrs. Carter Show world tour, Beyoncé had many costume changes that were more than flawless. The tour was Beyoncé’s first tour since having her baby and releasing her album 2011 album, ‘4’.

On The Run Tour 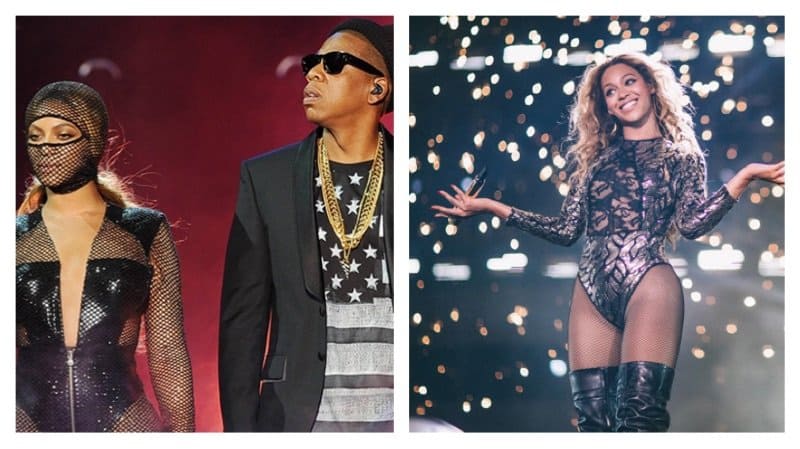 Beyoncé and her husband Jay-Z graced the stage together during the On the Run Tour. Many of the footage from that tour showed the couple to be very happy and in love all while being able to do what they were destined to be, entertainers. 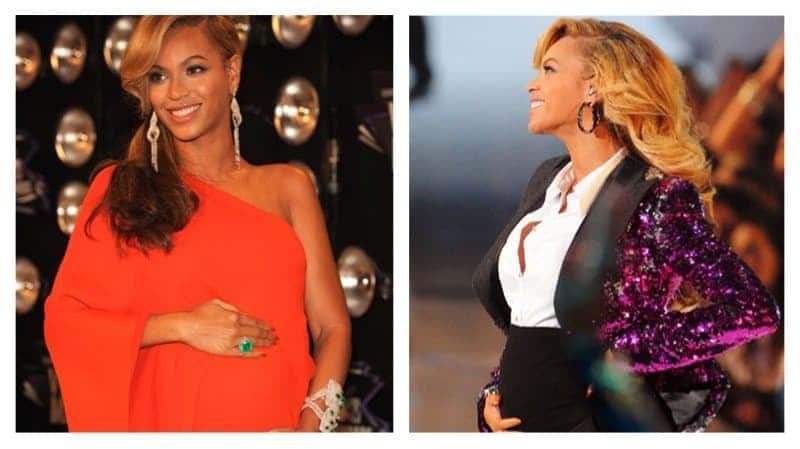 Beyoncé announced her pregnancy during the 2011 MTV VMA’s. The announcement was one of the biggest trending topics in social media history. It was also Blue Ivy’s first appearance. 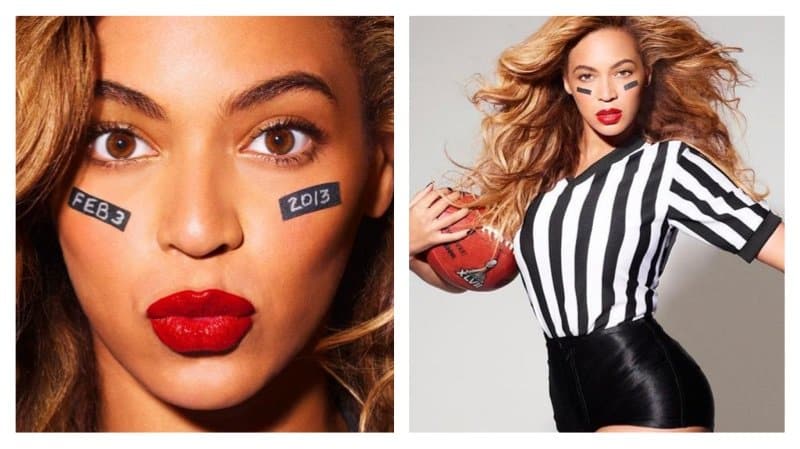 The world was excited when it was announced that Beyoncé would be the halftime performer for the 2013 Superbowl. In these promo photos, she’s dressed as a gorgeous referee and her face looked young and fresh. 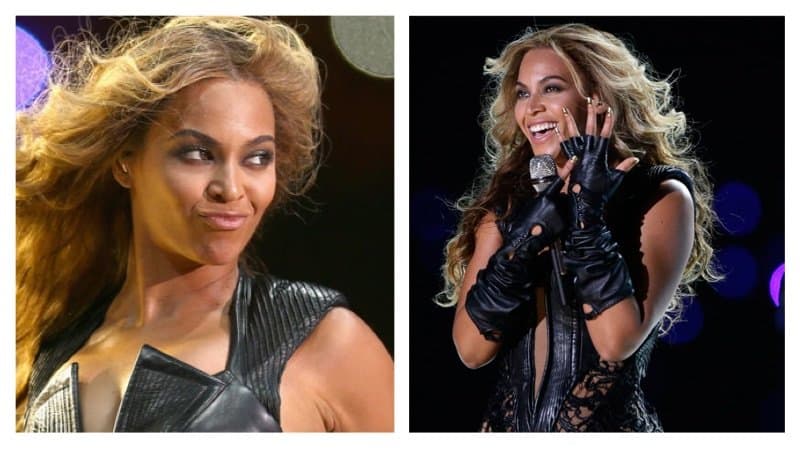 Beyoncé made history during her 2013 Superbowl Performance. It not only marked the return of the Queen Bey, but it also reunited her group, Destiny’s Child. The performance was so electrifying that afterwards all the power in the stadium went out. All hail the queen! 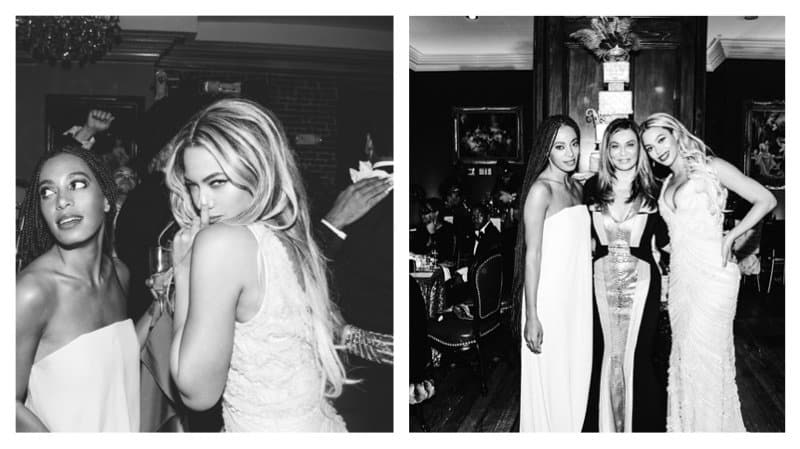 Beyoncé and Solange threw their mother, Tina Knowles, a masquerade party for her 60th birthday. The girls had fun partying the night away with their family. 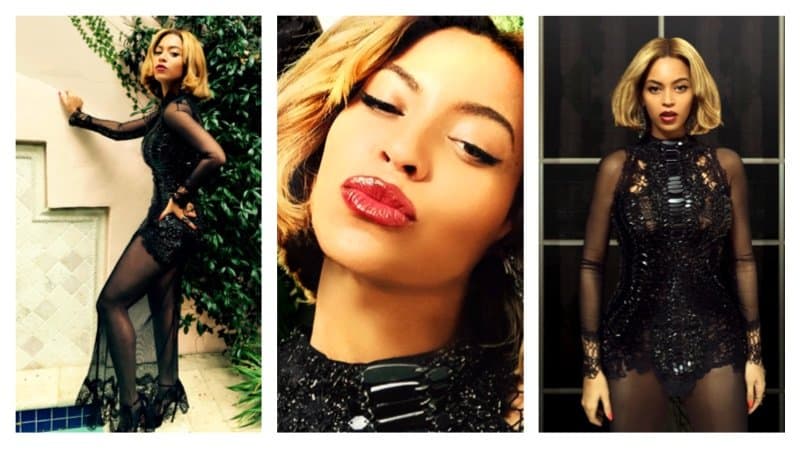 Beyoncé recently posted these photos of her rocking a sexy Tom Ford dress. She even gave the world a rare, pouty lip selfie. 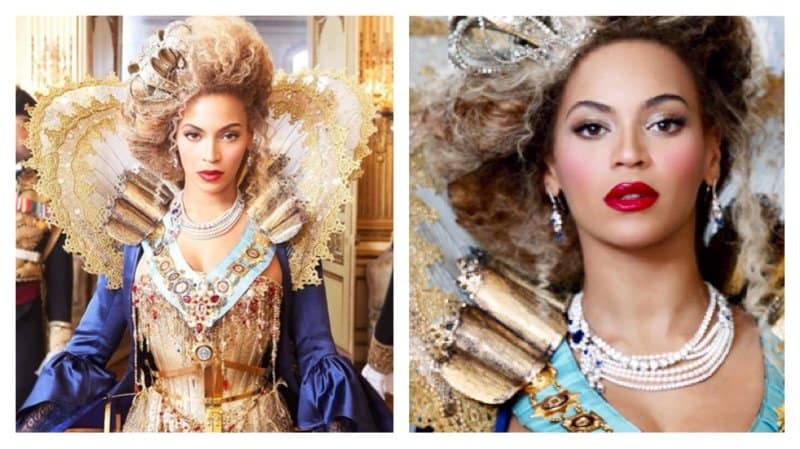 In order to promote her upcoming tour, The Mrs. Carter Show, Beyoncé released promo photos that show her being the Queen she really is. Beyoncé made sure everyone knew that she never left the throne and will continue to make others ‘bow down’. 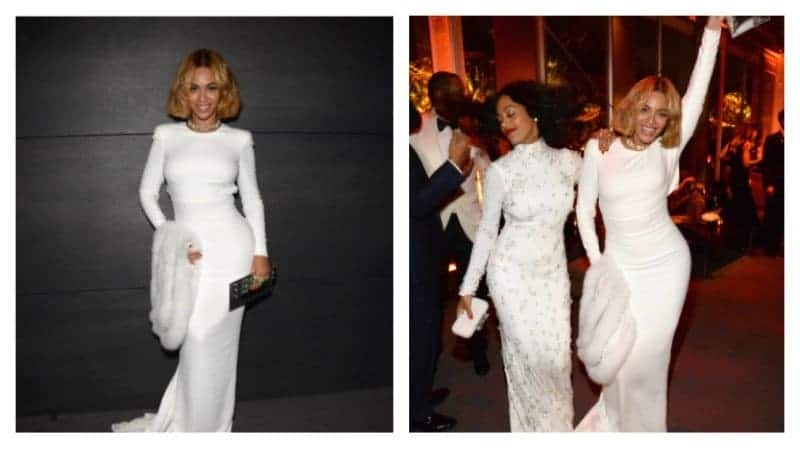 Beyoncé and her sister, Solange, look like the life of the party at the 2015 Vanity Fair Grammy Party. Both sisters looked fabulous in their beautiful white gowns. 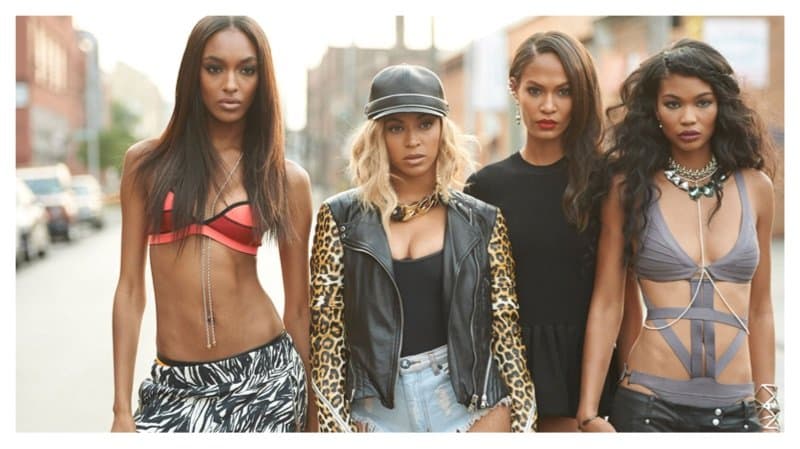 Beyoncé’s video for her song ‘Yoncé’ featured 3 beautiful young models. The video showcased the singer as well as the models’ inner beauty. ‘Yoncé’ seemed like it was a fun video to shoot.