Law? what is it good for? Well, it helpfully gives us all a strict set of guidelines regarding things we shouldn’t do, because how else would we know that killing is wrong, or that drinking a bottle of vodka and then driving down a quiet street at three in the morning is a no-no? Obviously, the majority of laws are a good thing that are specifically designed to stop bad things from ever happening (even though it isn’t exactly foolproof), but buried away deep all over the world, are some truly ridiculous laws that are so insane you won’t believe they were ever actually enforced in the first place. And let’s be honest, a great deal of these probably never were. Still, it’s always fun to have a good laugh at the expense of authority, right?

Here are a couple of city laws from Alaska: In Anchorage, no one may tie their pet dog to the roof of their car? although we would hope no one was doing that in the first place, it’s an oddly specific law to have in place. Presumably some dude in Anchorage got drunk and mistook their pooch for a mountain bike. Similarly, moose may not be viewed from an airplane, although fair play to you if you manage to spot one from way up high in the first place. And while we’re on the subject of Moose, it’s also illegal to push a live one out of an airplane. Y’know? unless you’re teaching it to skydive, obviously. 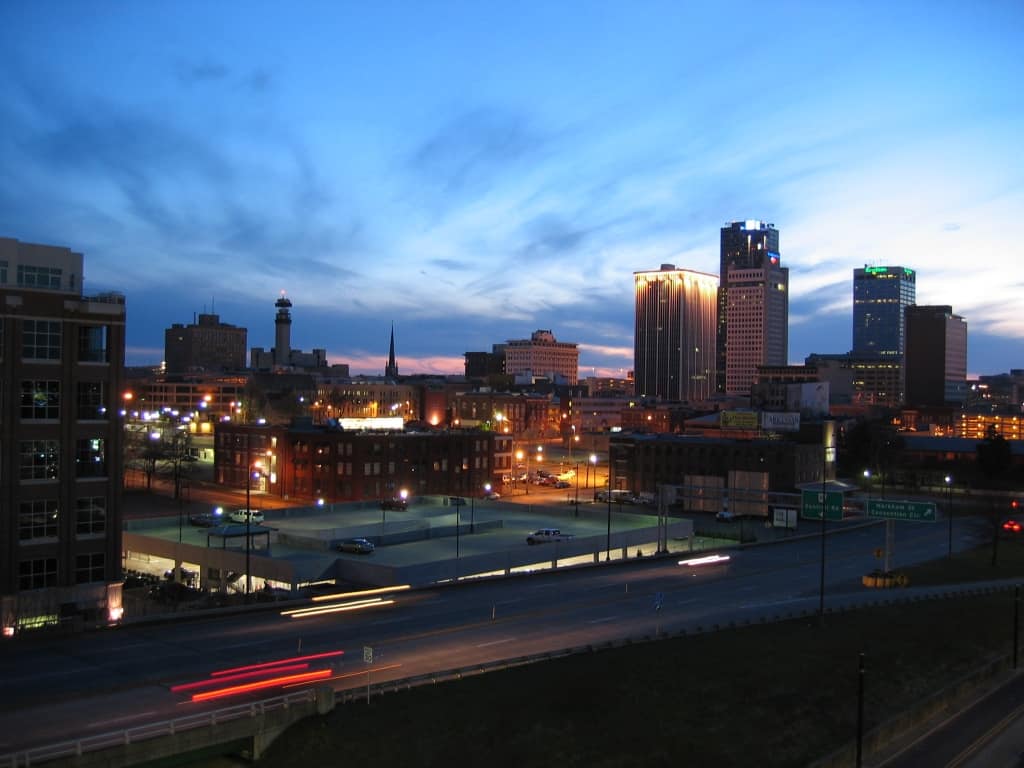 Be careful how you speak, because it’s illegal to pronounce Arkansas incorrectly, and make sure you get a haircut if you’re planning on teaching in this state, because all teachers who bob their hair are (by law) refused a raise. On a slightly raunchier note, oral sex is considered to be sodomy (we’re pretty sure whoever came up with that law had a pretty awful experience). In Little Rock, dogs may not bark after 6pm, so either buy a muzzle or ask ’em nicely. Lastly, Alligators may not be kept in bathtubs, so if any readers out there were harboring dreams of moving to Arkansas and starting a career as a gator bather, give up on that dream. Seriously, that’s a pretty weird dream anyway guys. 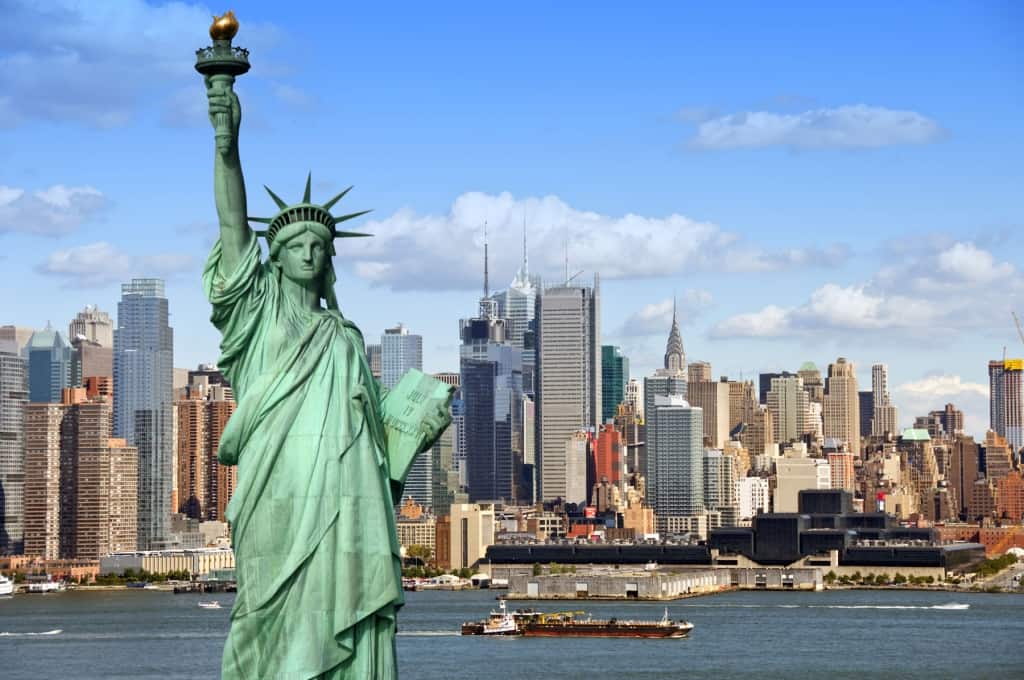 We knew all that Avengers business was nonsense. In New York It is illegal to congregate in public with two or more people while each wearing a mask or any face covering which disguises your identity. And if you’re planning on a little romancing during your time in the Big Apple, make sure it’s all above board ? Adultery is still a crime in New York, and a fine of $25 can be levied for flirting. Oh by the way, if you’re ever in a place dark enough to think suicide is the only way out, remember that the penalty for jumping off a building in New York is death? wait, what? 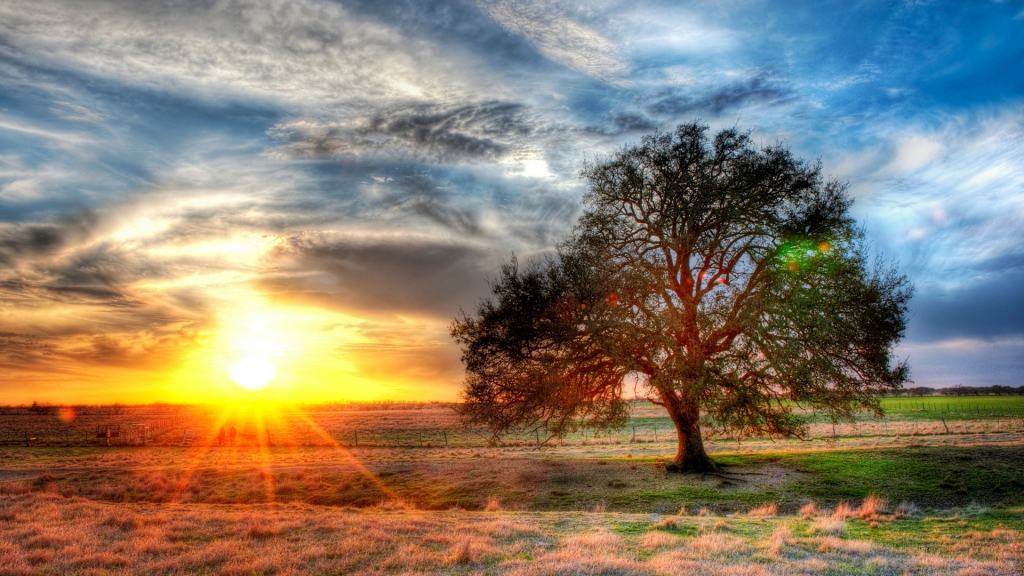 Ah, where to begin with Texas, the Lone Star State? Well, one must acknowledge the existence of a supreme being before being able to hold office (Presumably an actual God, and not someone like Superman). If you’re ever short on cash in Texas, don’t sell your eye. Not only is that stupid for a variety of reasons, it’s also illegal. On a similar note, if you’re ever thirsty in Texas remember this important bit of info: It’s illegal to milk another person’s cow. So if you want that sweet milk, get your own cow. Or maybe just buy some milk from a store?. Up to you really. 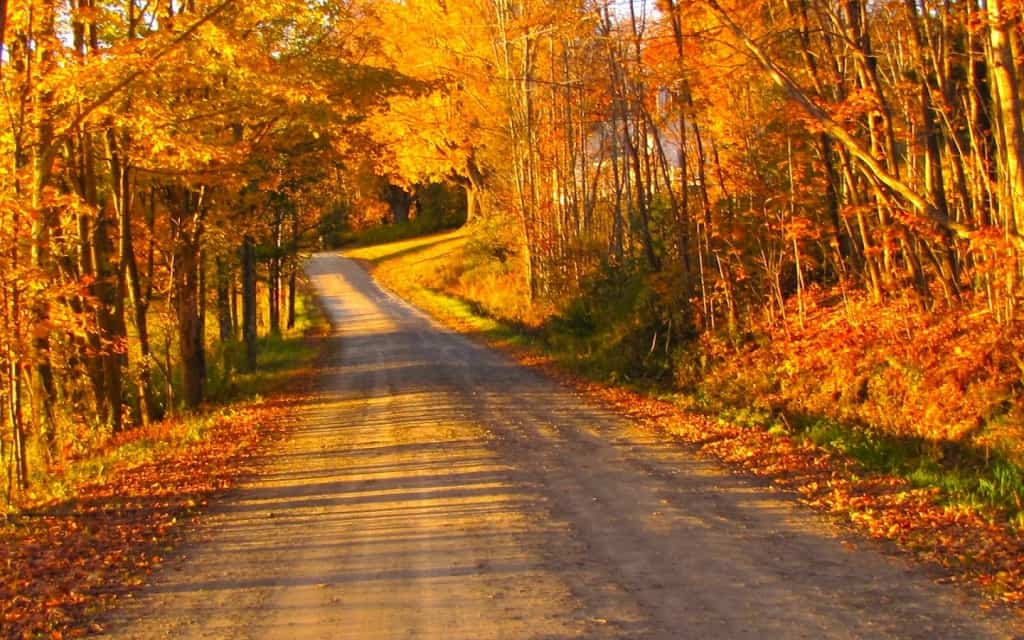 Vermont is definitely not a great place for you to get all atheist (at least not publicly). It’s illegal to deny the existence of God, so just play along and pretend you love him. Bad luck for women in Vermont suffering from dental problems; all women must obtain written permission from their husbands to wear false teeth. You’ll just have to hope he’s permission is forthcoming, else they’ll be calling you “gummy” for a while? Finally, if you’re the unclean sort, Vermont is not the place for you to call home, as all residents must bathe every Saturday night (though we imagine a rubber ducky is not compulsory, it certainly adds an element of fun to tub time). 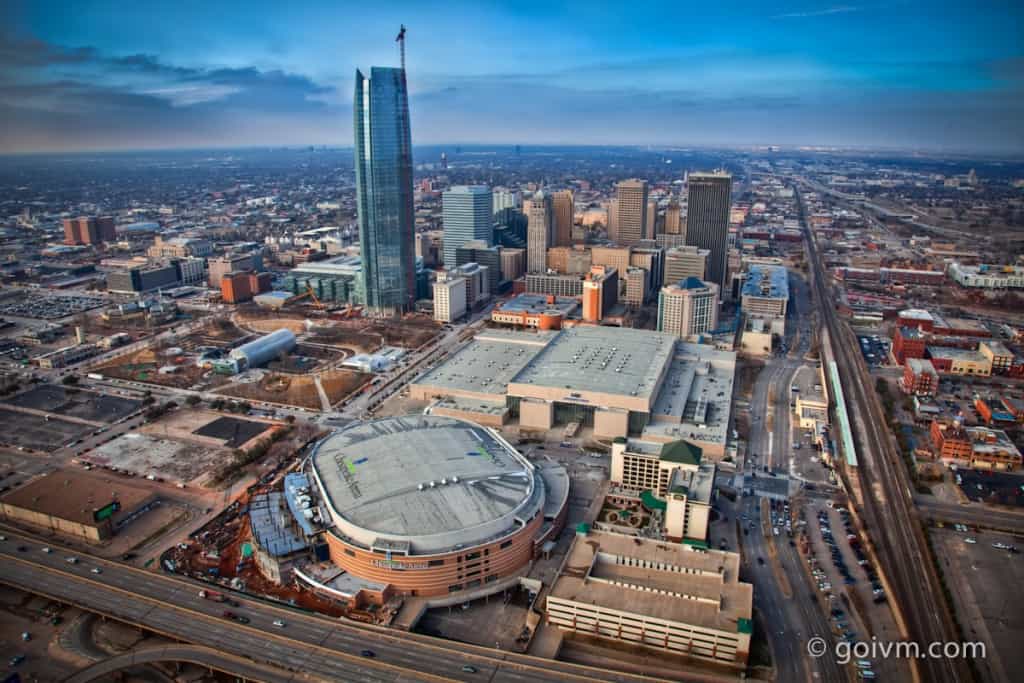 We think Oklahoma might just be in with a chance of winning the most absurd sounding law award: It is illegal for the owner of a bar to allow anyone inside to pretend to have sex with a buffalo. That pretty much makes fun of itself, so no need for any input from us. If dogs want to start a cool club where they share bones and stuff, they must have a permit signed by the mayor in order to congregate in groups of three or more on private property. On a separate note, Oklahoma will not tolerate anyone taking a bite out of another’s hamburger. Now there’s a law we think we can all get on board with. 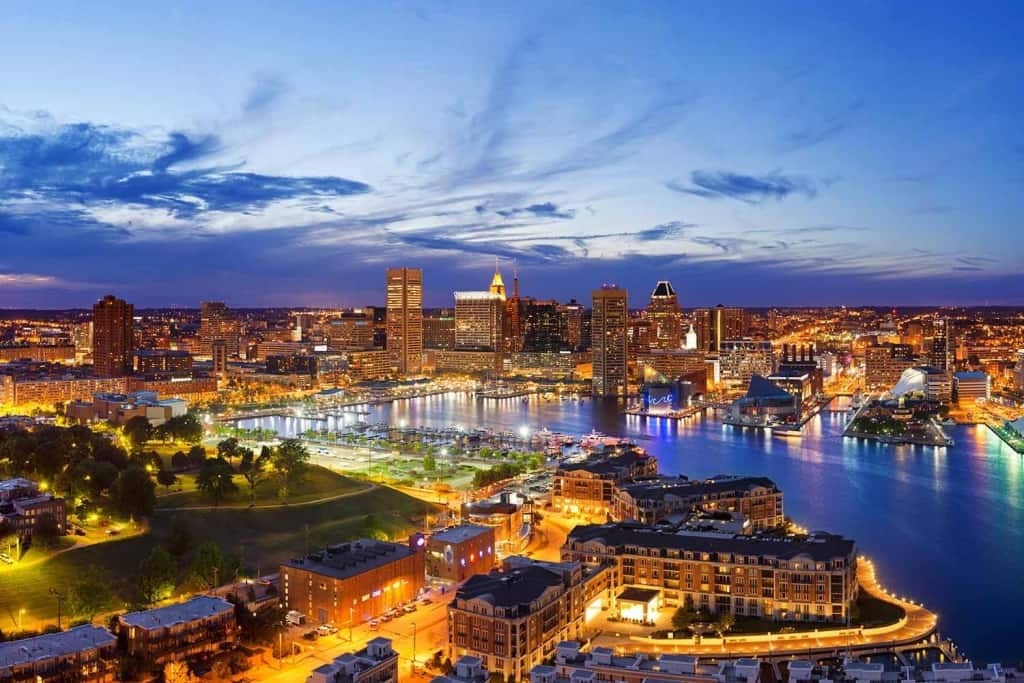 You better keep a tidy garden if you plan on moving to Maryland, because it’s illegal for thistles to grow in your yard (there are pretty annoying to be fair). It’s also illegal to take a lion to the movies. We’ve seen you making googly eyes at Aslan, but it’s time to give up the dream. Skip the movie and take him to dinner instead. He’ll understand. Lastly, in Baltimore It is a violation of city code to sell chicks or ducklings to a minor within 1 week of the Easter holiday. People are always too chicken to break that law (sorry). 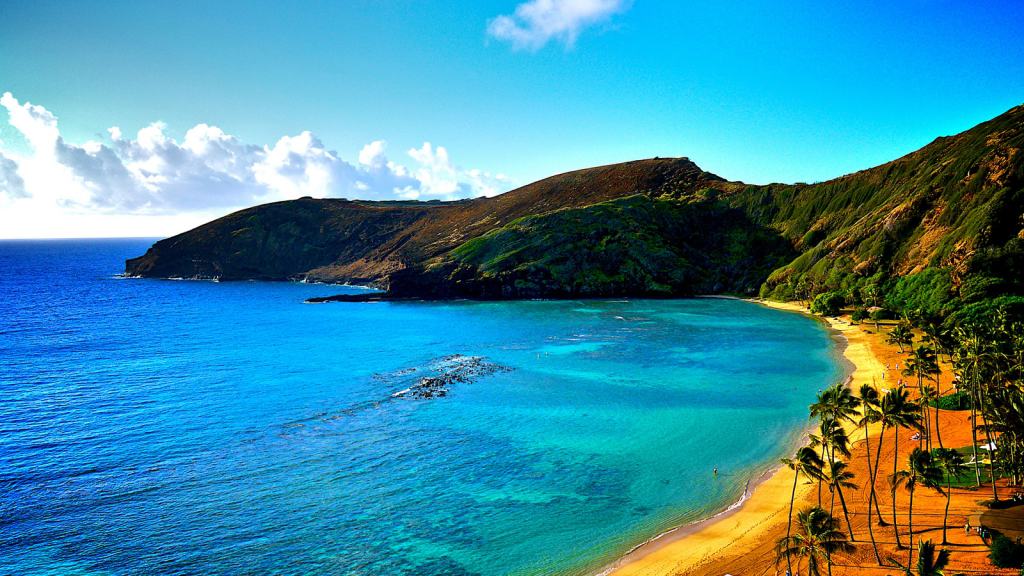 If you’re planning on a boozy holiday in Hawaii, think again friend. By law, You may only have one alcoholic drink in front of you at a time. As if that wasn’t bad enough, you may face a fine for showing up without a boat (yes, really) and coins are not allowed to be placed in ones ears. Presumably, Hawaii is full of those annoying uncles that “magically” produce a little change from behind your ear, and Hawaii got sick of them pretty quickly. Let’s be honest, if it’s not five dollars or more, there’s no point. 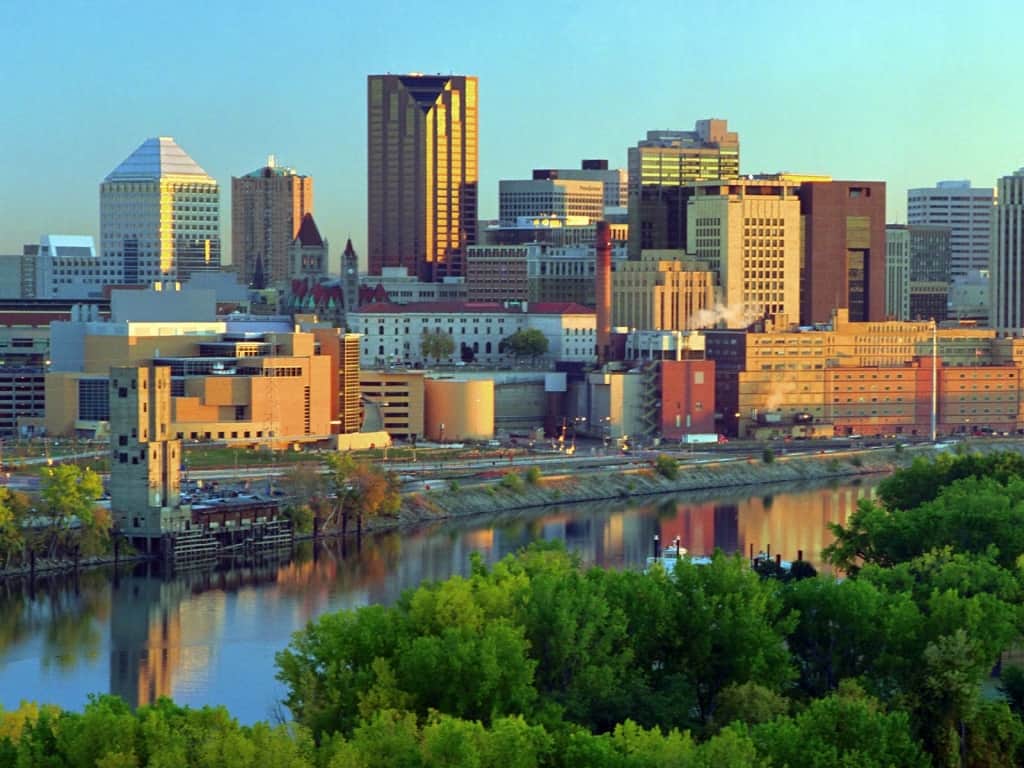 When you’re in the land of 10,000 lakes, you better have a good reason to be there. It’s illegal to stand around any building without a good reason to be there, so get thinking up some excuses. Things can also take a fowl turn in Minnesota, as a person may not cross state lines with a duck atop his or her head and citizens may not enter Wisconsin with a chicken on their head. Why? We may never know. Don’t expect too much saucy stuff on a trip to Minnesota, as it’s illegal to sleep naked, and oral sex is prohibited. Finally, just to confuse you; residents of even numbered addresses may not water their plants on odd-numbered days excluding the thirty first day where it applies. Try keeping track of that one. 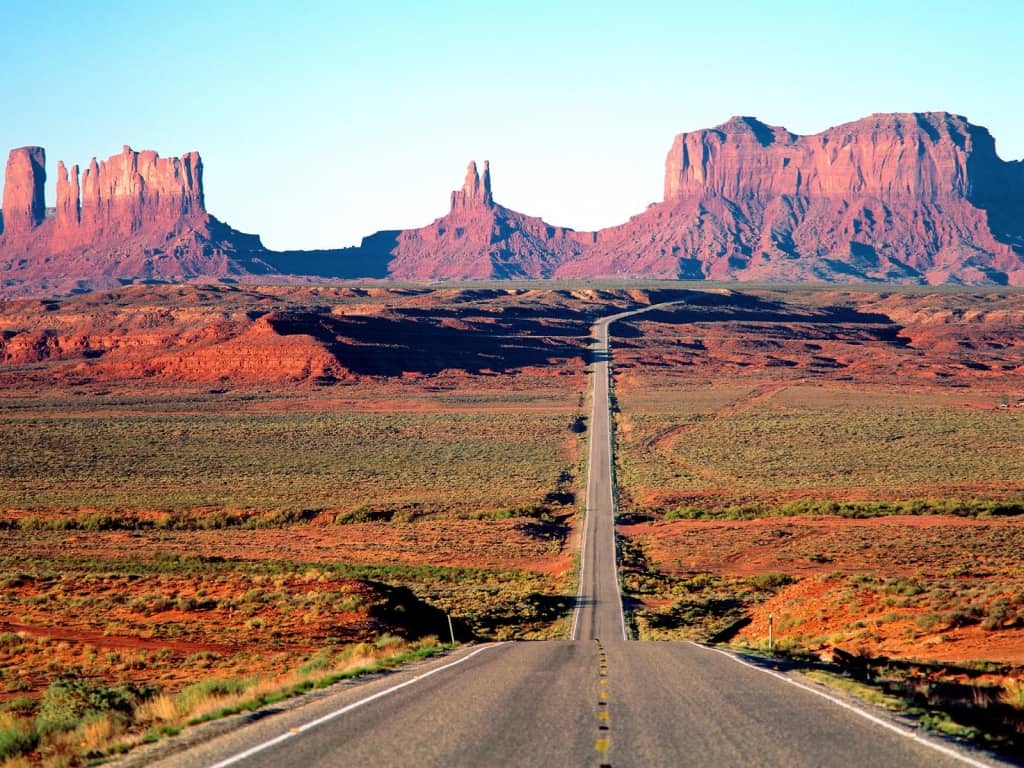 Fair’s fair in Arizona: When being attacked by a criminal or burglar, you may only protect yourself with the same weapon that the other person possesses. By that token, we’re not sure if it’s better or worse if a burglar were to come at you with something like a cucumber? it’d certainly be more hilarious, anyway. Cacti are obviously a beloved plant in Arizona, as there is a possible 25 years in prison for cutting down a cactus. On a completely separate note, it’s illegal to have more than two dildos in a house, so make sure you regularly service the one’s you have. 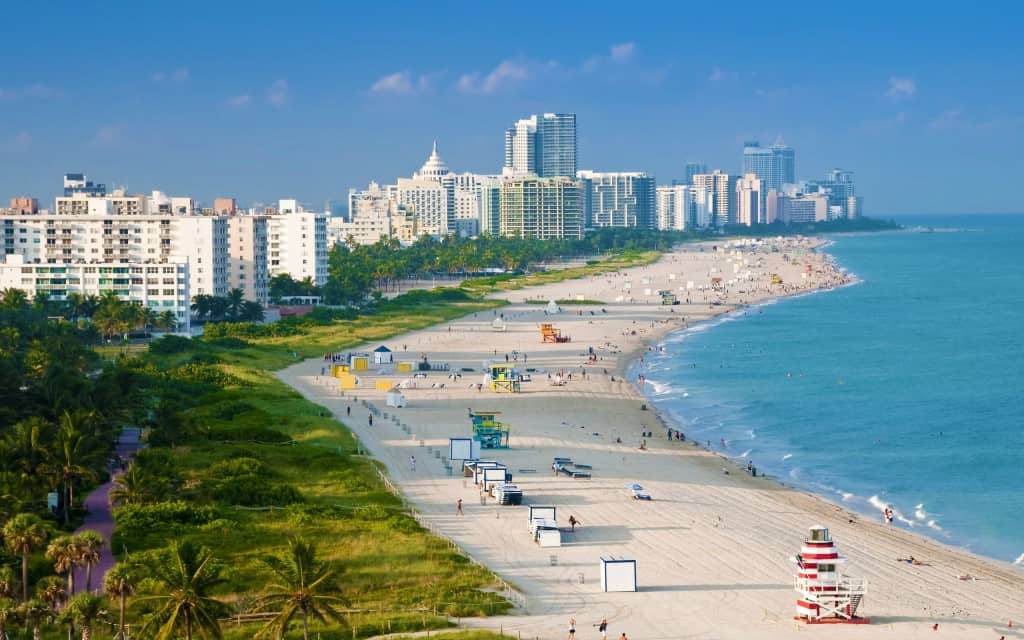 Oops! Florida accidentally banned all computers and smart phones in internet caf?s . We’re not entirely sure how, but it can’t have helped the internet caf? business when people were fined for doing internet type things there. Pregnant pigs must also be free by law in Florida. Well, maybe not free, but it’s against the law to keep them in a cage. If you’re an accident prone, clumsy sort, it’s probably best you avoid sunny Florida on your holidays, as you are not allowed to break more than three dishes per day, or chip the edges of more than four cups and/or saucers. 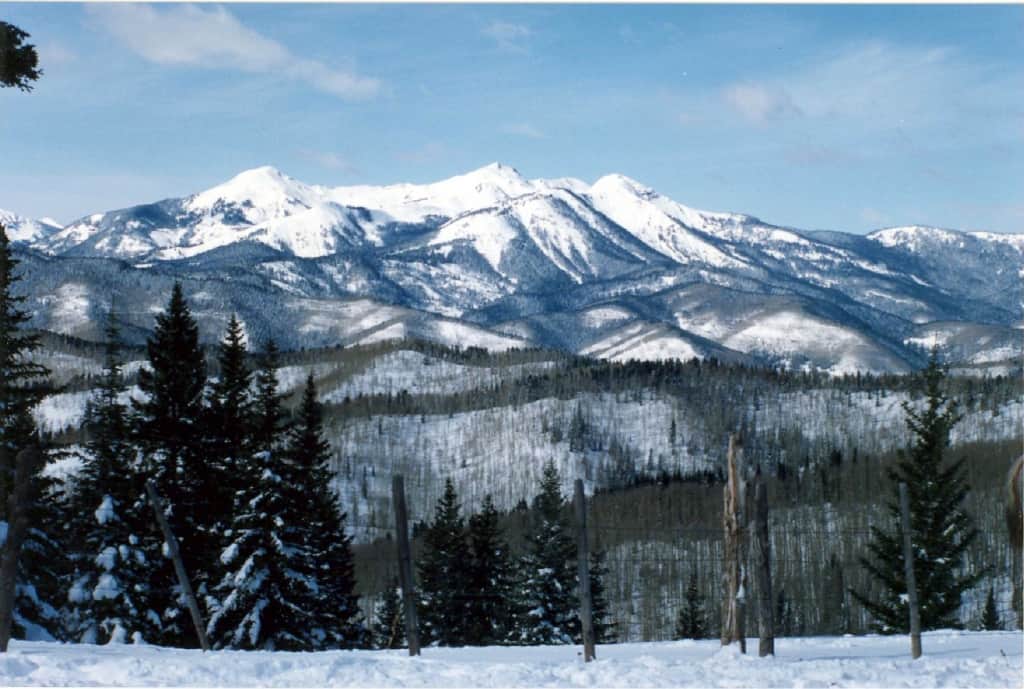 Rock and Roll guys, you may not mutilate a rock in a state park. We’re not entirely sure how you’d go about doing that, but we’ll never know as far as Colorado is concerned. You’ll also have to keep your couches indoors, as they’re not permitted on outside porches. Speaking of what you’re not allowed to do outside, it is illegal to permit ones llama to graze on city property, so make sure you keep that llama under control when you’re taking it for its evening walk, okay? Lastly, it’s best not to make friends with your neighbors, as it’s unlawful to lend your vacuum cleaner to your next-door neighbor. 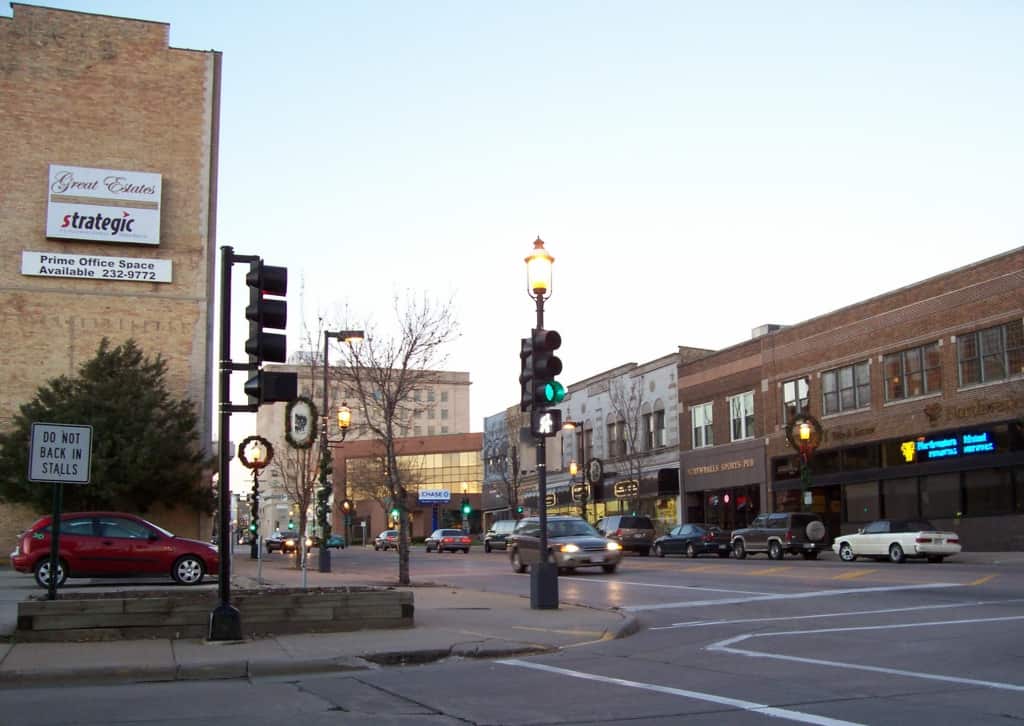 Funnily enough, at one time margarine was illegal in Wisconsin. That’s not nearly as mad as some of the laws that are still active though, as State Law made it illegal to serve apple pie in public restaurants without cheese. They’re obviously pretty intense about dairy in Wisconsin, as margarine may not be substituted for butter in restaurants unless it is requested by the customer, and butter substitutes are not allowed to be served in state prisons. Butter be careful what you do in Wisconsin, eh? 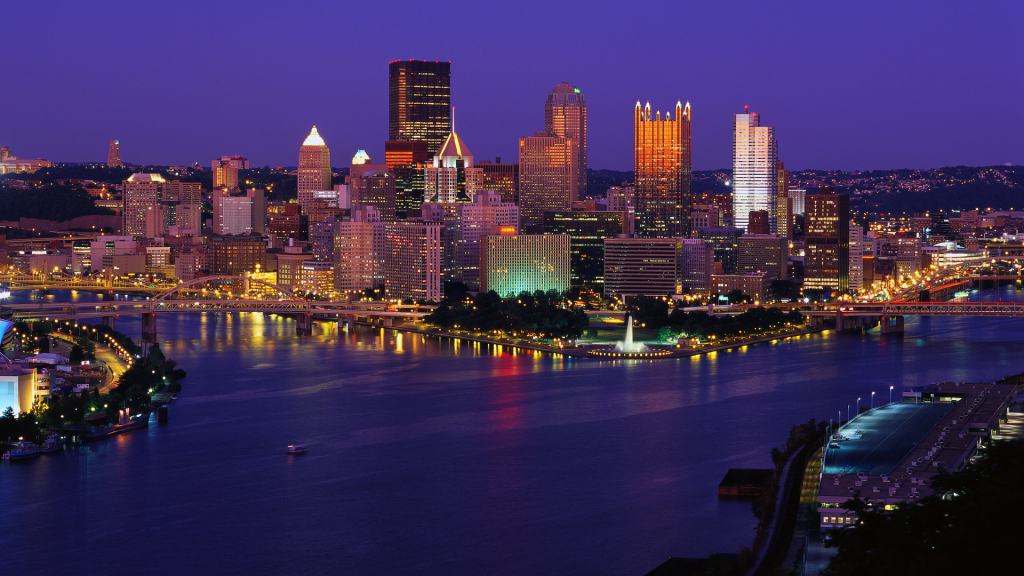 Make sure you don’t invite too many chicks to your house party kids; in Pennsylvania, it’s illegal to have over 16 women live in a house together because that constitutes a brothel. Other mad Pennsylvanian laws include not being able to sell fridges outdoors, and not being allowed to catch fish with your bare hands, although this last one beats them all: Any motorist driving along a country road at night must stop every mile and send up a rocket signal, wait 10 minutes for the road to be cleared of livestock, and continue. 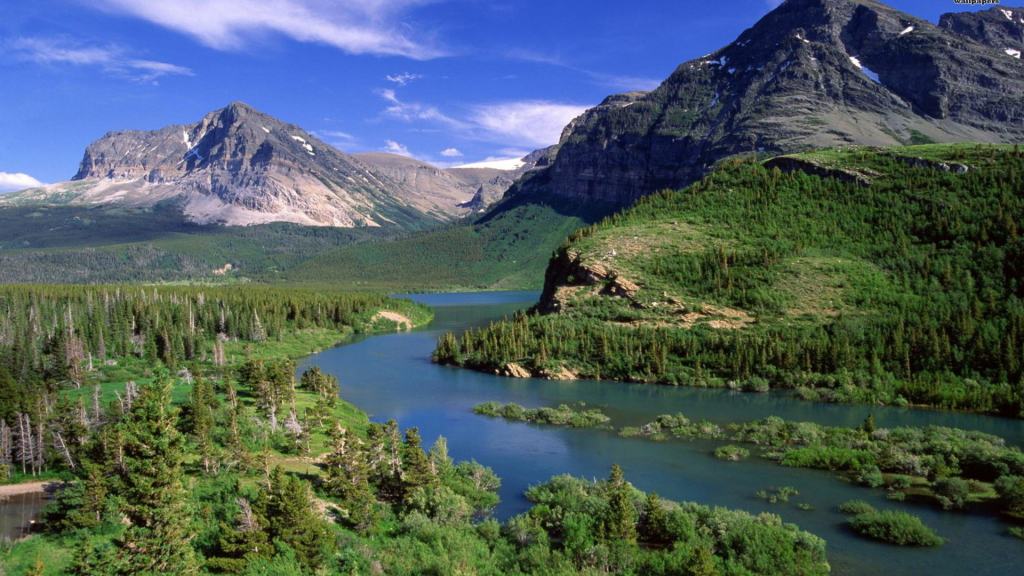 Don’t even make believe in Montana, as one may not pretend to abuse an animal in the presence of a minor. We guess that means no more games of Stab the Goat when we babysit. Women with a love of fishing can’t catch a break In this state, as in Montana, it is illegal for married women to go fishing alone on Sundays, and illegal for unmarried women to fish alone at all. Their marriages are also potentially dull affairs too, as it’s illegal for a man and a woman to have sex in any other position other than missionary style.