A Week’s Worth Of Groceries In 19 Countries

Ever wondered what a week’s worth of groceries looks like to people around the world? Photographer Peter Menzel did — capturing images of the shopping trips from average families across the globe. The pictures highlight the differences and similarities of diets across cultures. The general trend is unsurprising: Western nations are heavy on processed and prepackaged food, while many of the Asian, African, and Middle Eastern families rely on raw ingredients more heavily.

A few of the pictures are a little shocking – does the average Mexican family really drink that much Coca-Cola? Do Italians really eat that much bread? How do families in rural Chad get by on so little? Read on and discover what a week’s worth of groceries looks like in 19 countries around the world. 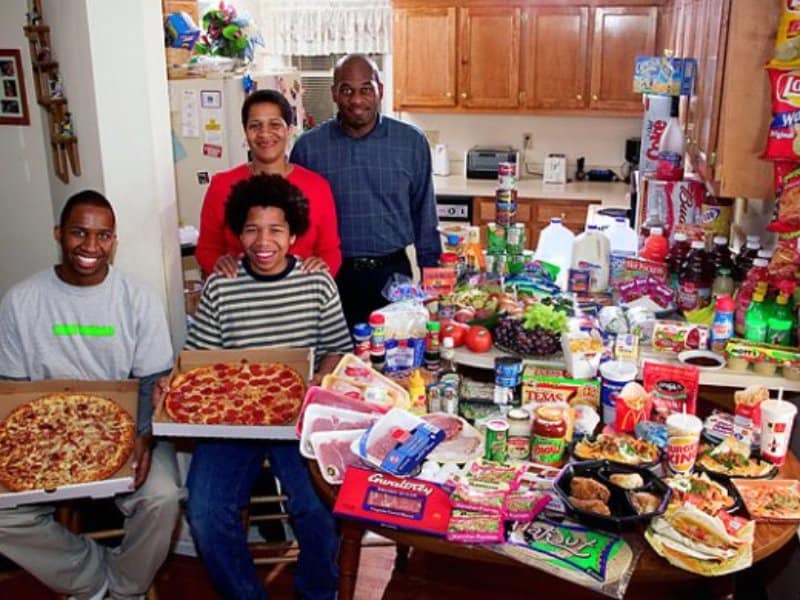 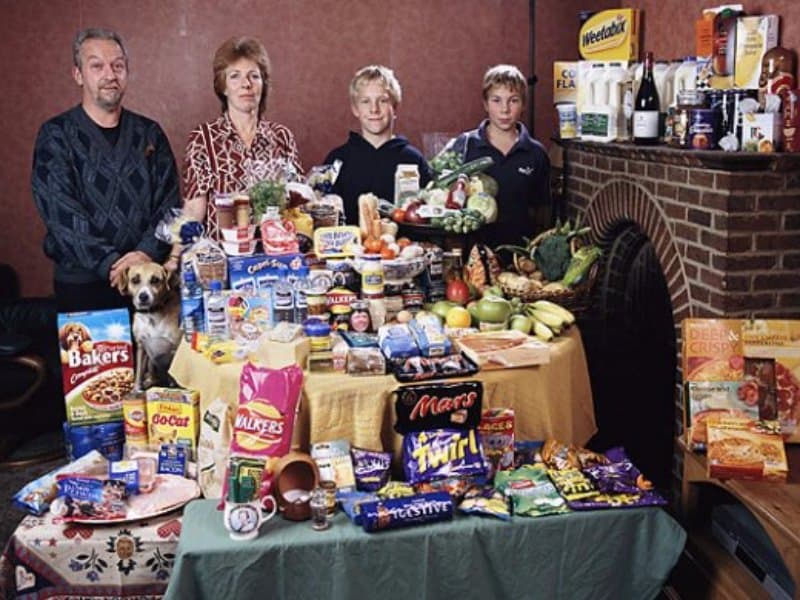 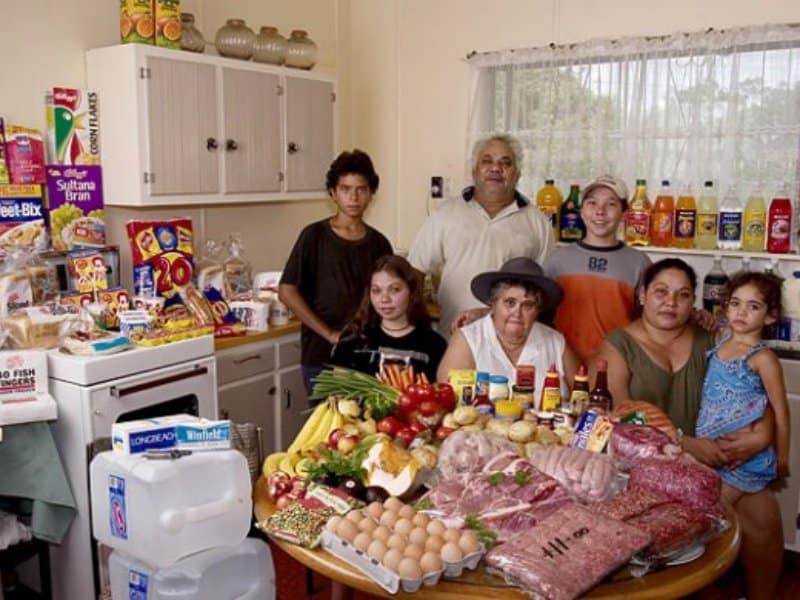 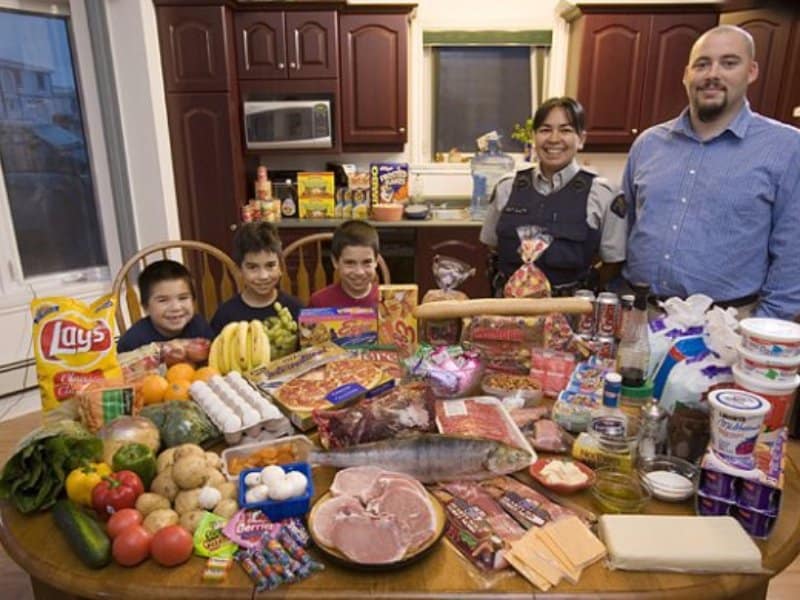 Canadians enjoy many of the same brands their fellow North Americans do down south, albeit with plenty of Canadian staples like fish and ham. On second thought, who needs groceries when you can just pop into Tim Hortons? 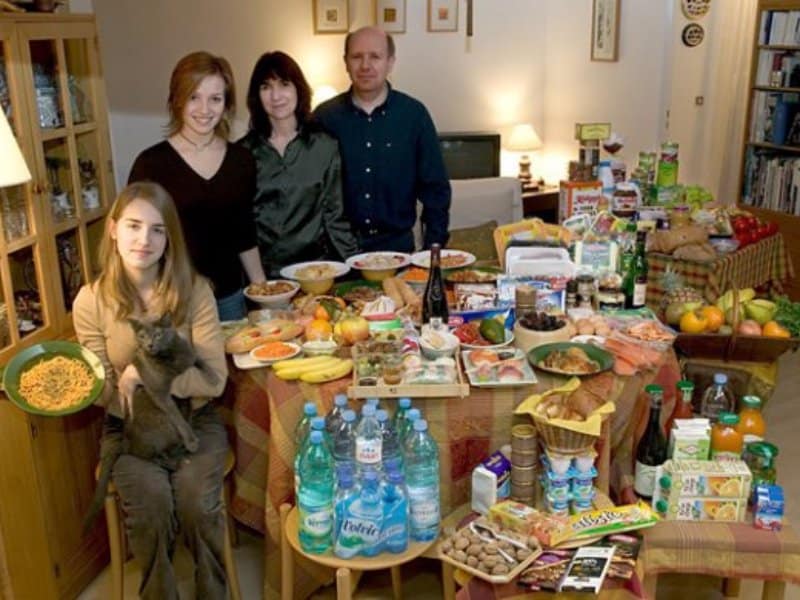 The French stock up on lots of grains, pastas, and finger foods.

One thing is for sure, Germans love their bottled beverages. 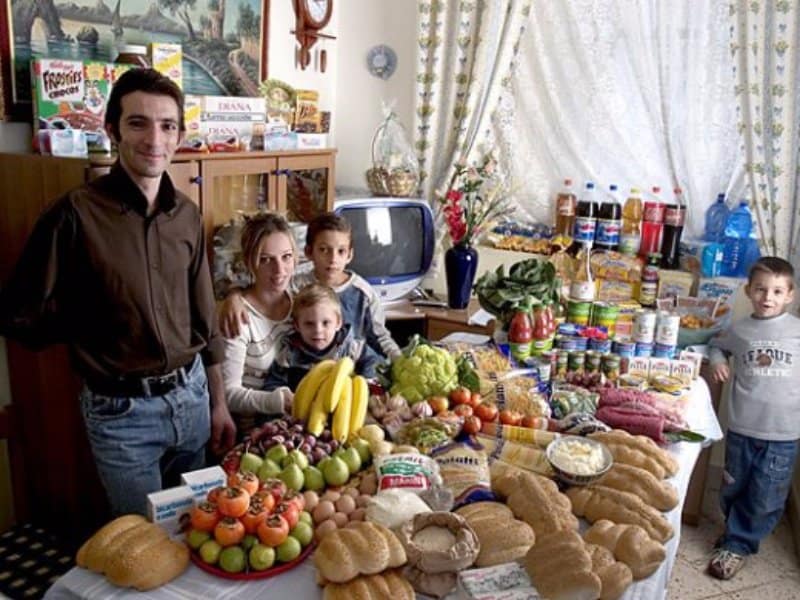 In Italy, the cupboards are full of breads, pasta, fresh vegetables and fruit. 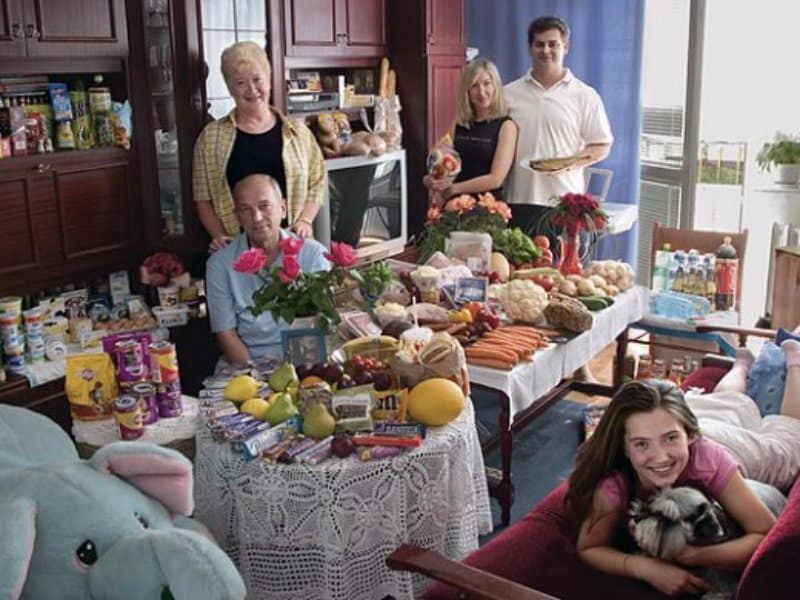 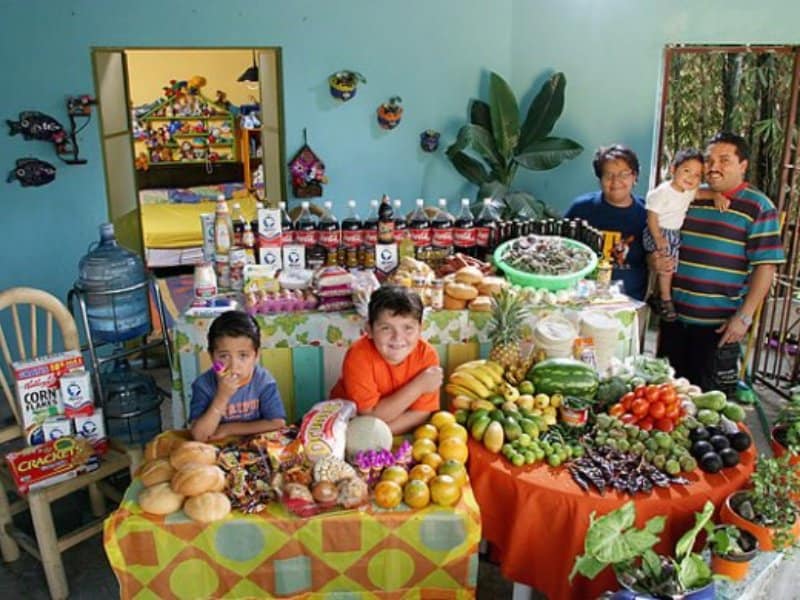 That’s a lot of Coke! Mexicans spend roughly $14.3 billion annually on soft drinks, though consumption of the sugary beverages is down after Mexico introduced a steep soda tax in 2014. 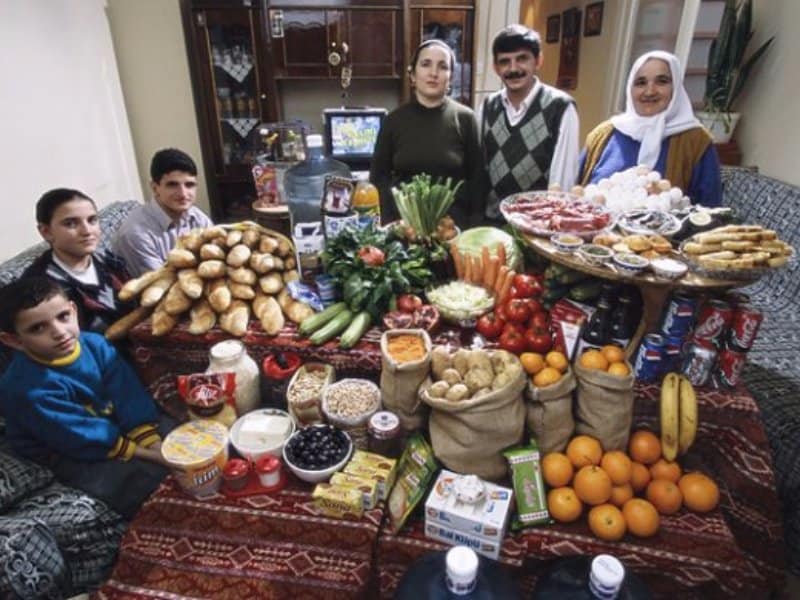 The Turkish diet is made up of food like rice, bulgar, breads (both flat and fully leavened), soups, hummus, and yogurt. Turks also enjoy access to North American brands like Pepsi and Coca-Cola. 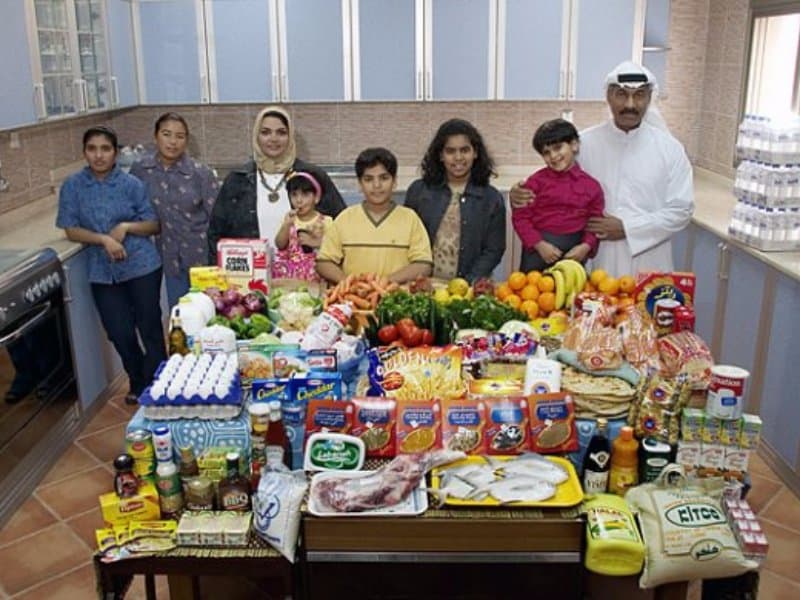 In Kuwait, families enjoy a balanced mixture of fresh and pre-packaged goods. 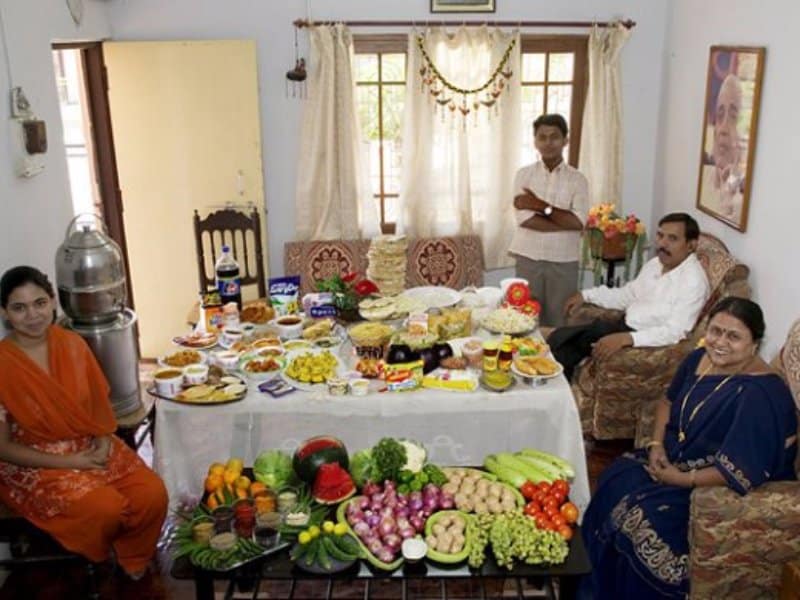 In India, lots of raw ingredients are required for any home-cooked meal. 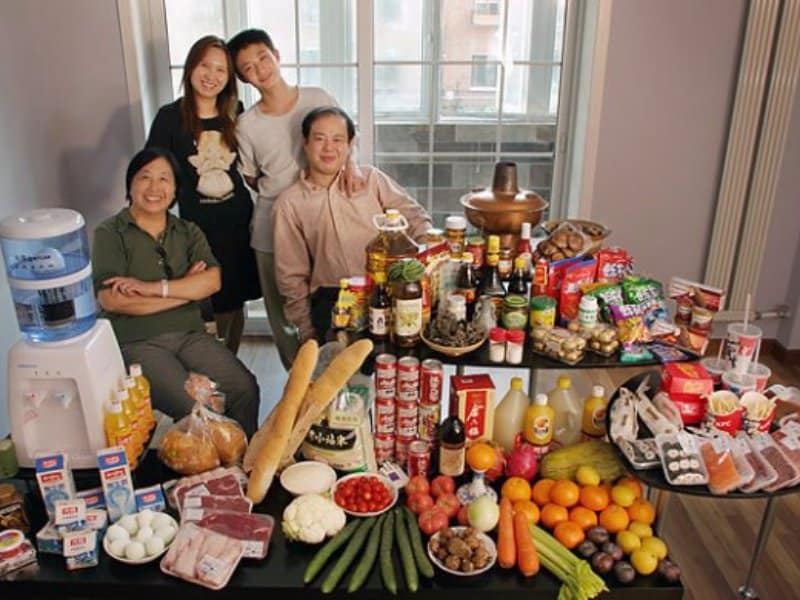 The Chinese diet has become more Westernized in recent years, but there is still a strong emphasis on rice, stewed meat, and vegetables. 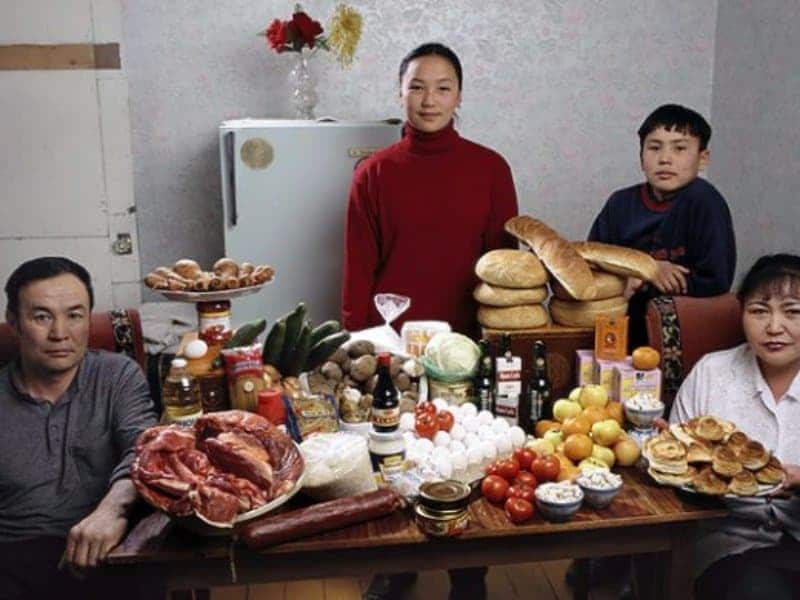 The Mongolian diet consists primarily of meat, dairy products, and animal fats. Access to fruits and vegetables is limited due to the region’s climate. 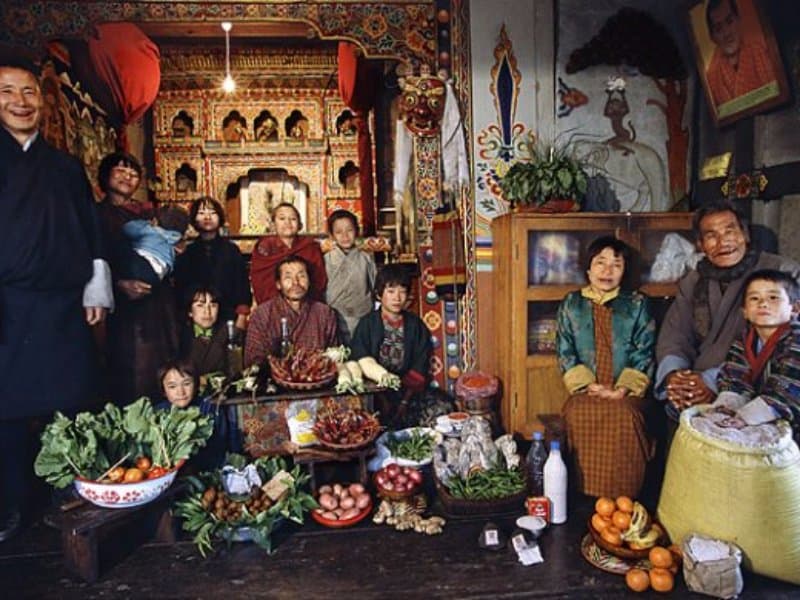 The Bhutanese eat a lot of red rice, which is similar to brown rice in texture but with a nuttier flavor. Corn, buckwheat, and vegetables are also dietary staples. 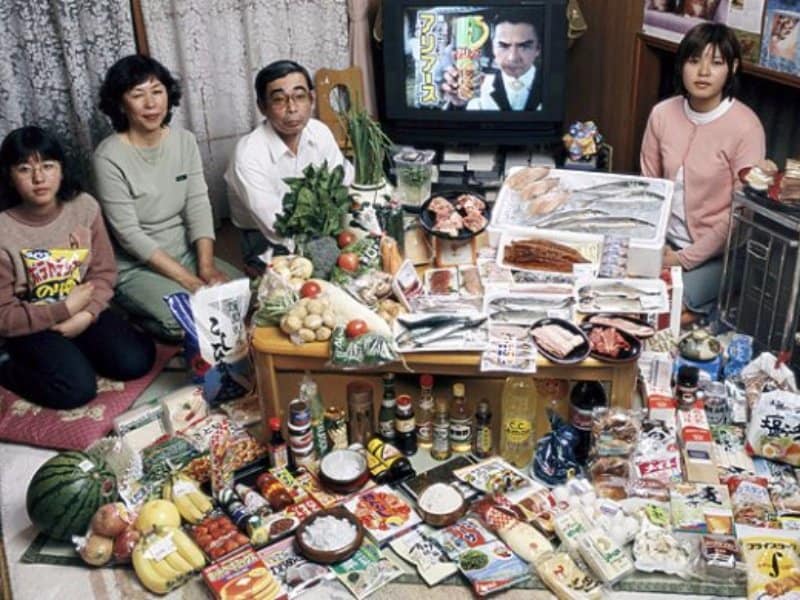 Japanese cuisine is incredibly diverse, but dietary staples like rice and fish remain a strong tradition. 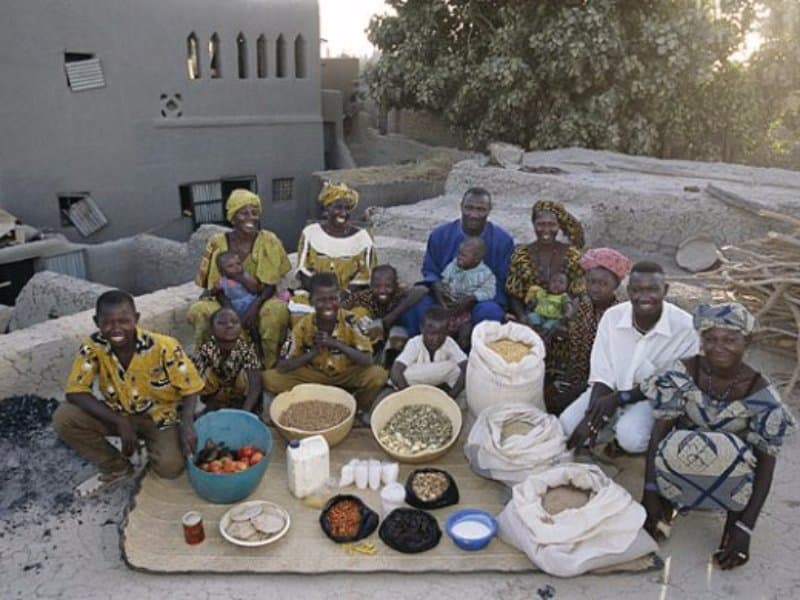 Dietary staples in Mali include rice, millet, sorghum and fonio – a fine-grained cereal found in parts of Africa. 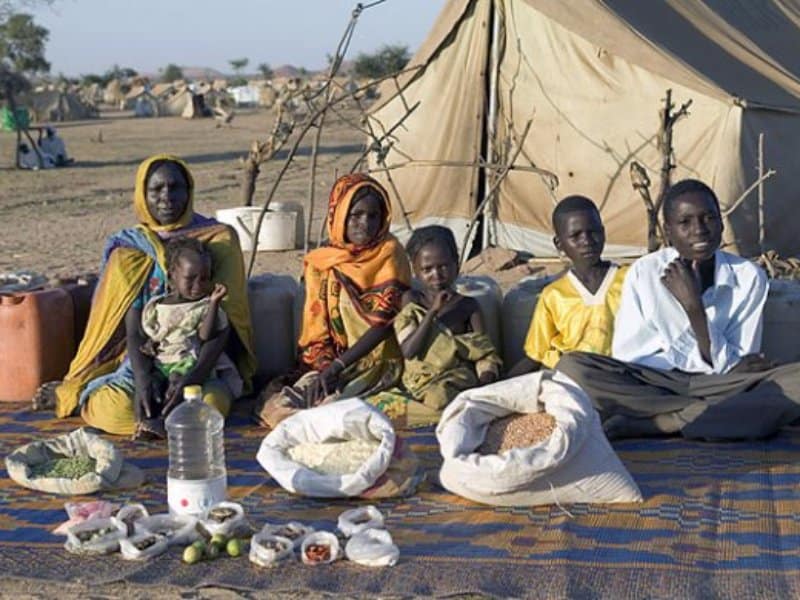 Ending on a somber note, we visit a family in rural Chad, who purchased their week’s supply of food on a budget of about $1.23. Chad is the seventh poorest country in the world, with 80% of its population living below the poverty line.