It’s one of the funniest movies ever made. It’s even funnier because it was originally produced during a period of time when everyone else was busy making disaster movies. This sendup of those movies was made when parodying movies was actually funny. Despite the fact that the movie was made over three decades ago, it is still one that plenty of people quote on a daily basis. That’s the sign of a very good movie. Despite the fact that Airplane was very popular and very well known, there are plenty of things the general public doesn’t know about the film. You can lord some or all of these fun facts over your friends at your next dinner party. 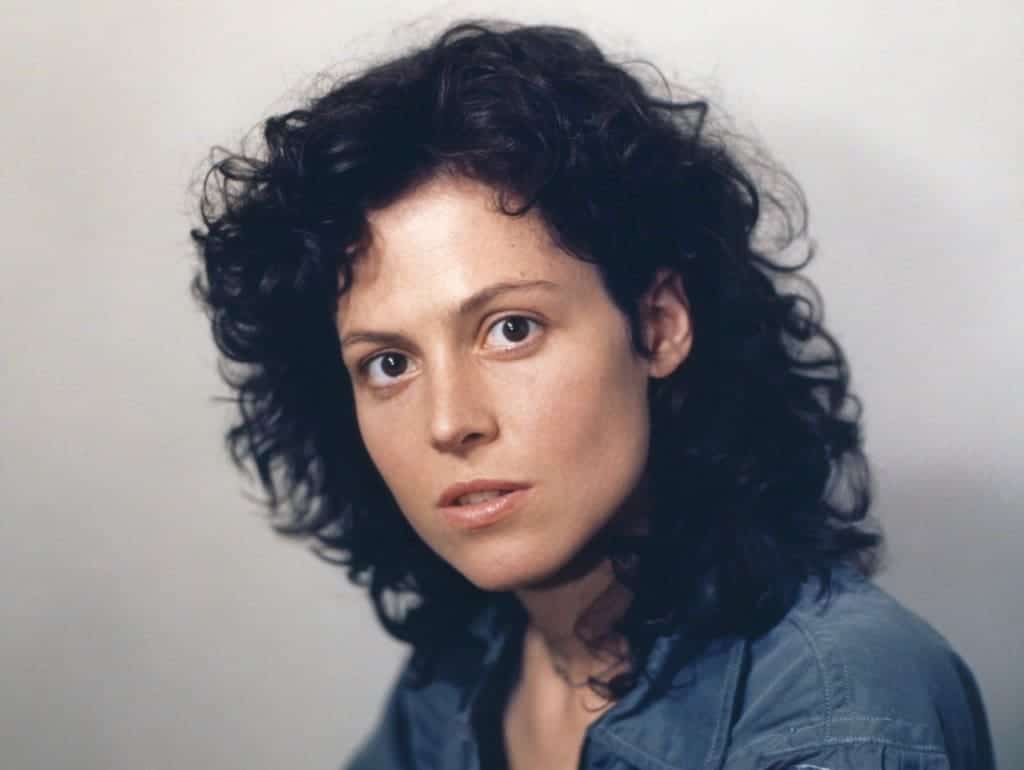 This was a pre-fame, Sigourney Weaver but it still would have been pretty interesting to see what she could have done with the lead actress role. Turns out she had a problem with some of the lines and the roll ended up going to Julie Hagerty.

The lead had some big names attached to the role 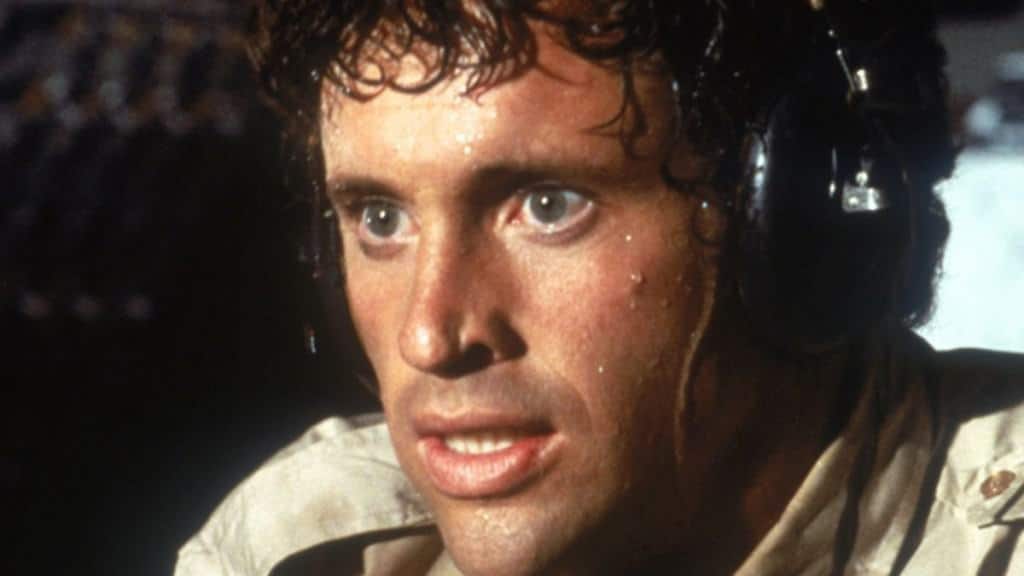 Ted Striker was finally landed by Robert Hays but guys like Chevy Chase, David Letterman, Bruce Jenner and Bill Murray were all talked about for the lead role in the film. 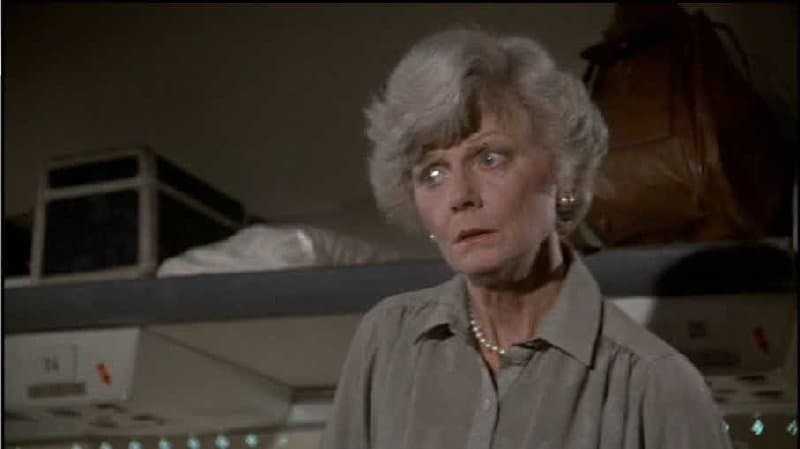 Harriet Nelson was originally slotted to play the grandma on the plane who speaks jive. She eventually backed out of the part and Barbara Billingsley (the mom from Leave it to Beaver) stepped in.

The Singing Nun was an actual singer on disaster movie sountracks 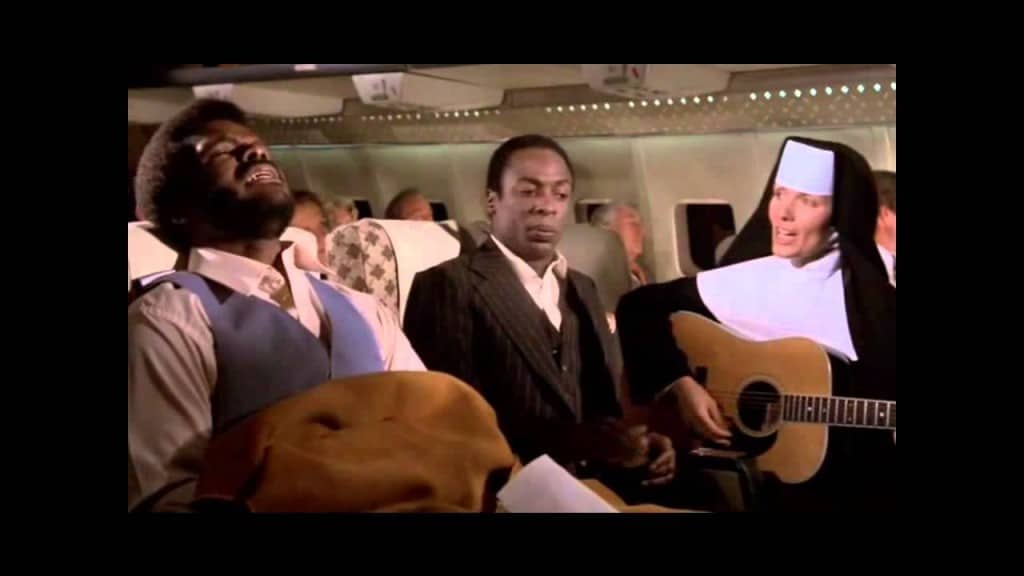 The filmmakers had another actress in mind for the role of the Singing Nun but in the end they landed on Maureen McGovern. McGovern had sung the themes for The Poseidon Adventure and The Towering Inferno. 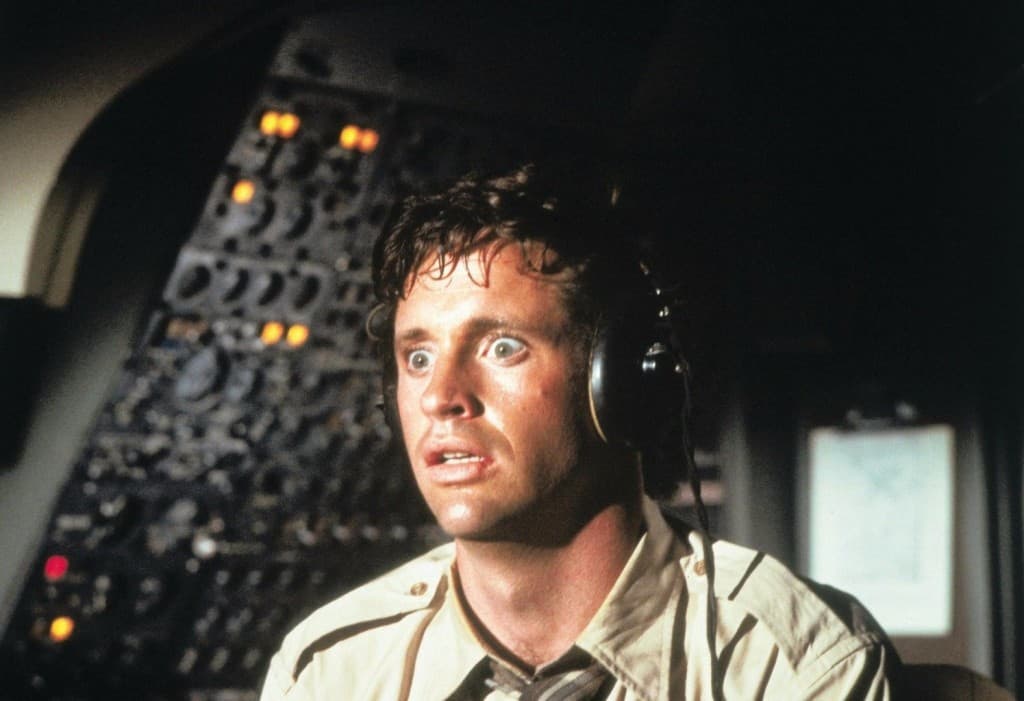 Robert Hays won the job in part because he had the kind of deadpan humor the writers loved. One bonus was he was a licensed pilot, so he understood where the buttons were supposed to be. 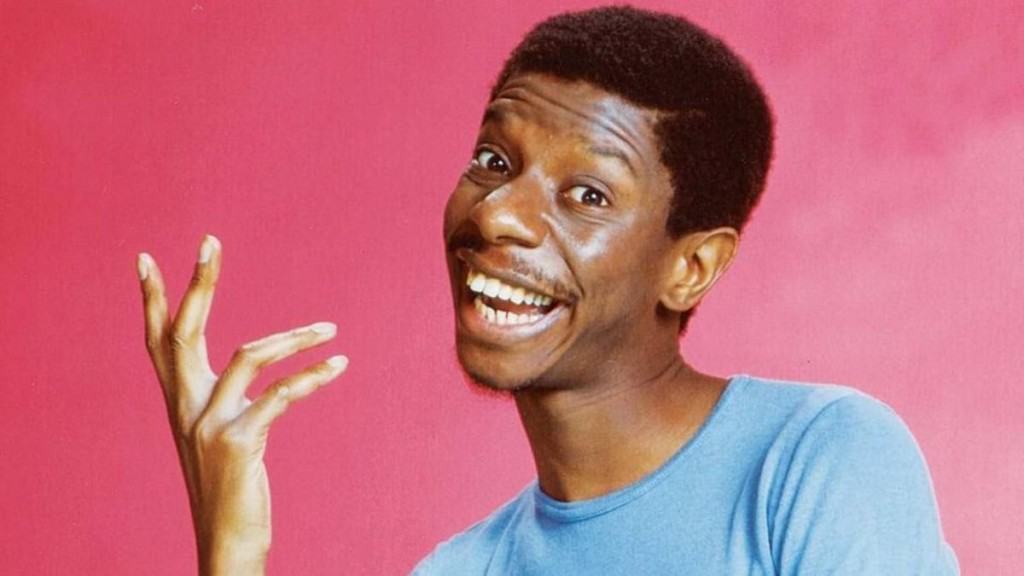 Not only was he one of the only predominantly comedic actor in the cast, but he had a small role. Walker played the filling station attendant who squeegees the plane’s windshield.

Peter Graves was cast because of his disaster movie resume 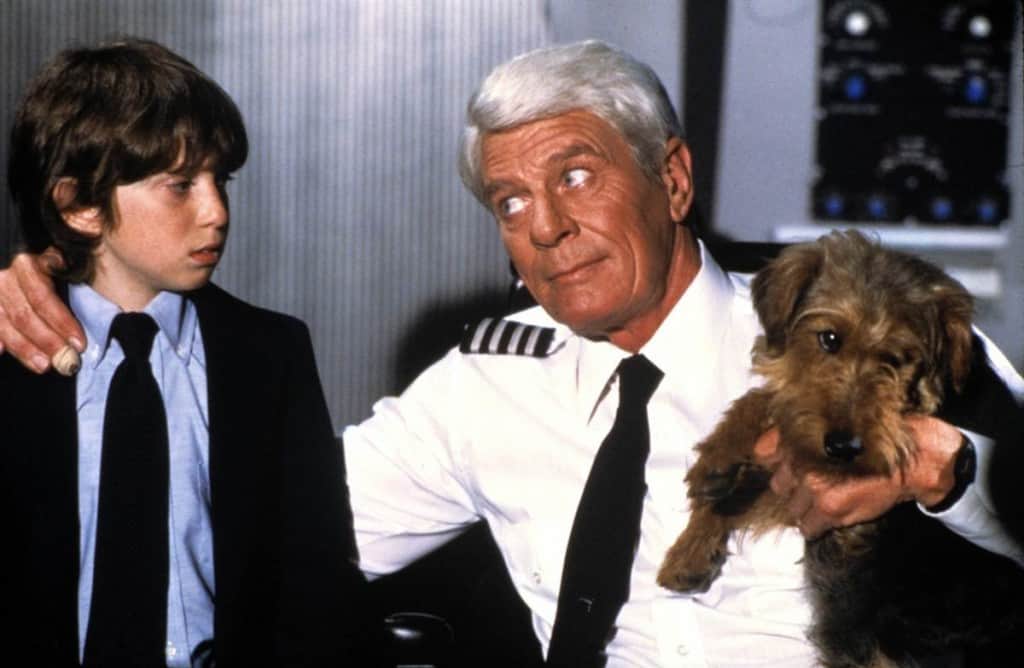 Peter Graves had comedic timing that no one knew existed. The filmmakers picked him in part because of his role in the TV air disaster movie, SST Death Flight.

It was the last movie role for Ethel Merman 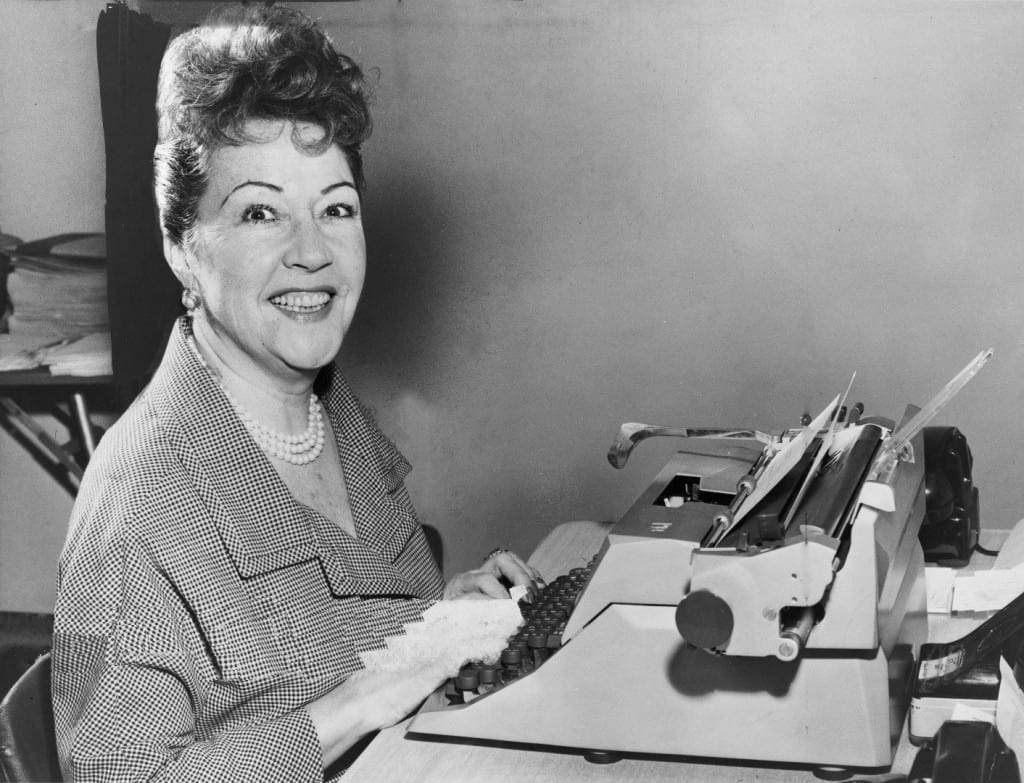 Ethel Merman played the role of a military pilot who thought he was Ethel Merman. While the role is largely forgotten now, it was the last time she appeared on the big screen. 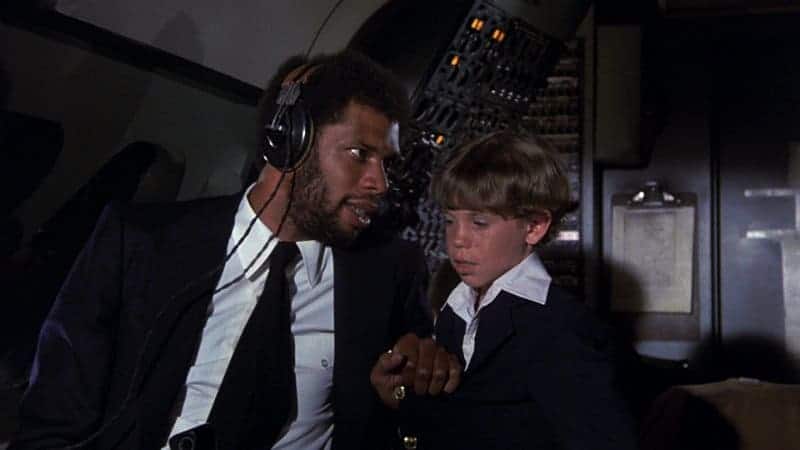 Abdul Jabbar was cast after Pete Rose turned the job down. The basketball star was offered $30,000 but bargained up to $35,000 because he wanted to use the money to buy an Oriental rug. 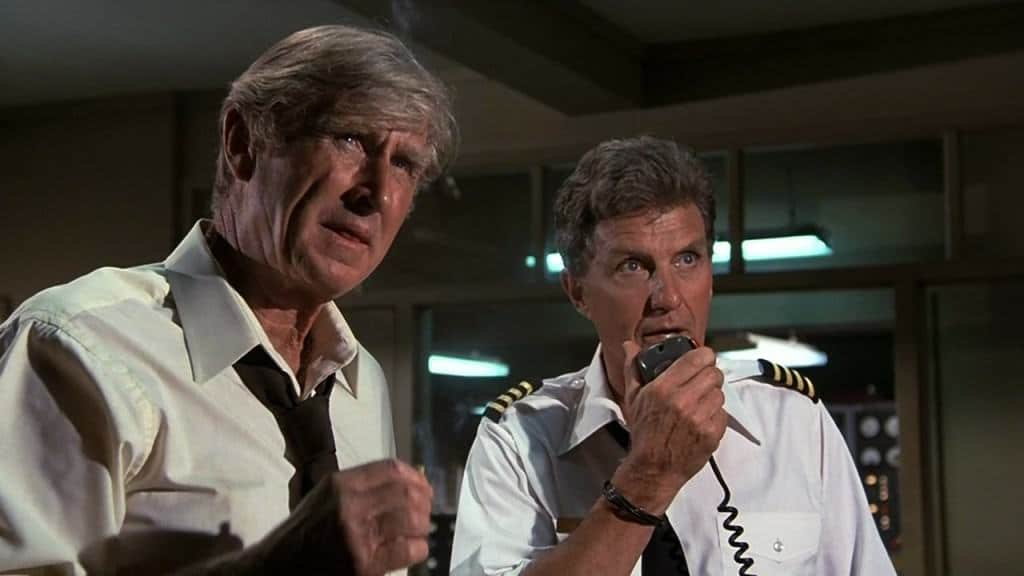 Robert Stack was one of those actors. He actually starred in one of the first air-disaster movies, The High and the Mighty.

It was a huge financial hit 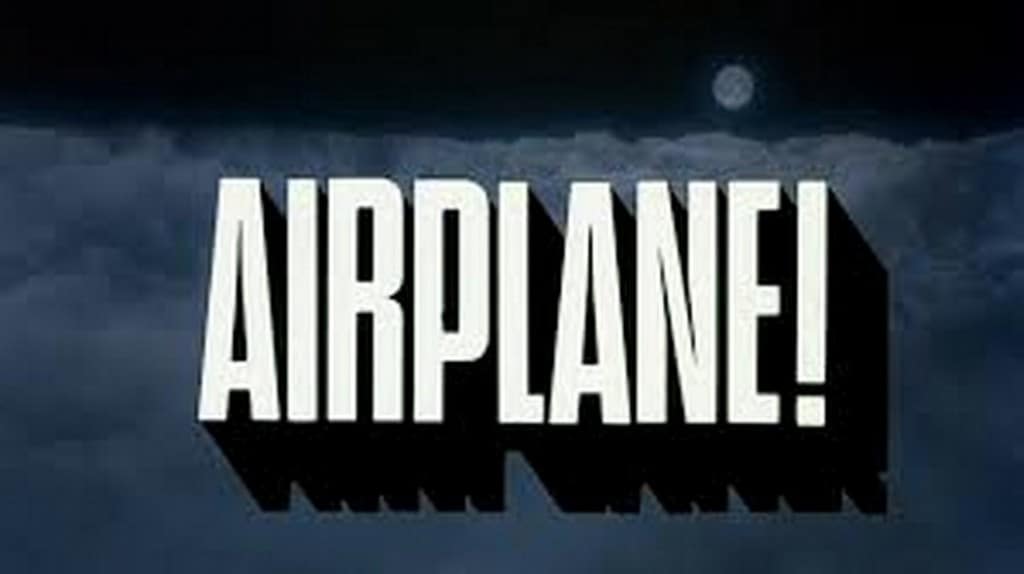 The movie only cost $3.5 million to make and raked in more than $83 million at the box office. It was one of the biggest movie hits of 1980.

Most of the plot was built around a real disaster movie 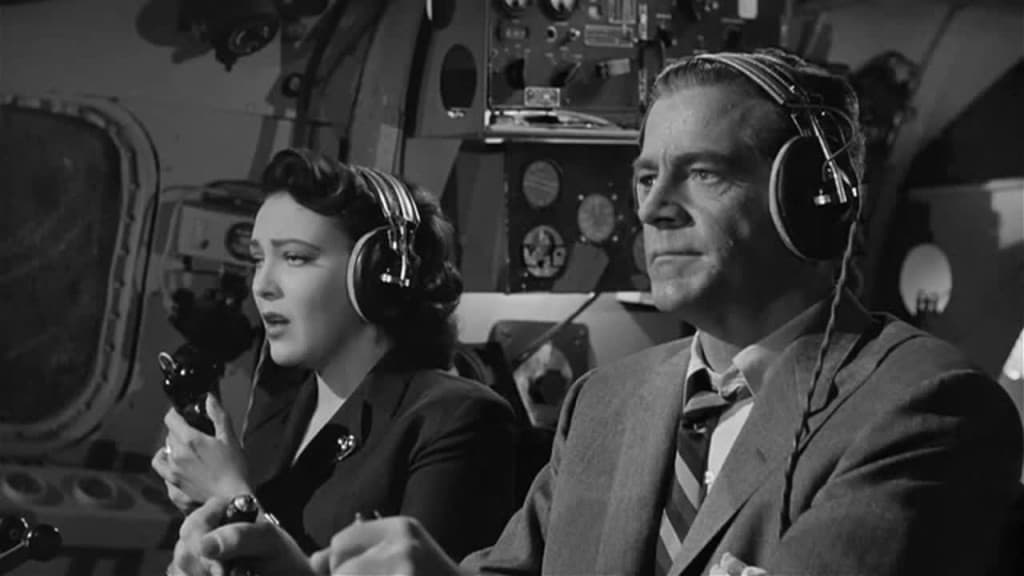 Airplane took a great deal of the plot for its film, as well as some character names from a 1957 movie called Zero Hour. The team of Jim Abrahams, David Zucker, and Jerry Zucker all added some jokes but otherwise the two films are very, very similar. 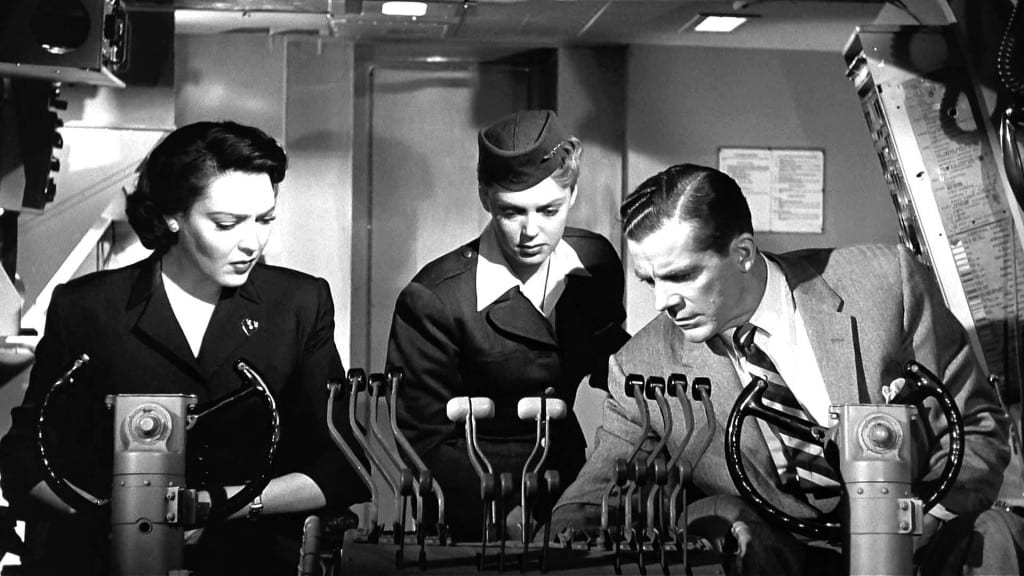 Since Airplane was so close to the original film, except for the funny, the producers made sure there weren’t going to be any copyright lawsuits. They bought the rights to the first movie for a “whopping” $2,500.

The credits are as crazy as the film itself 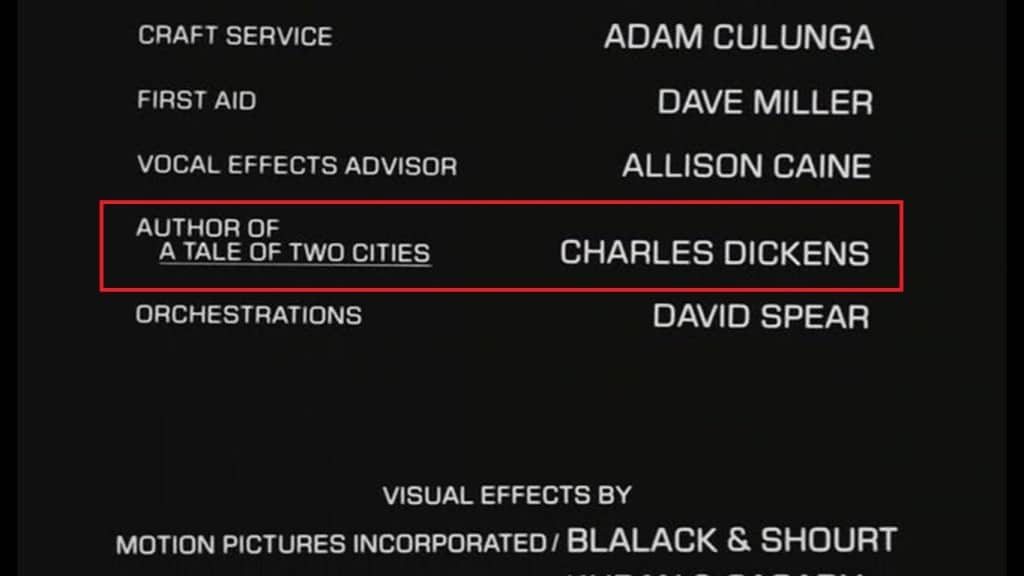 The guys who made the Airplane movie are now famous for putting odd things in their closing credits. Watch the entire credits roll for the film and you’ll spot things like “Author of a Tale of Two Cities: Charles Dickens.” 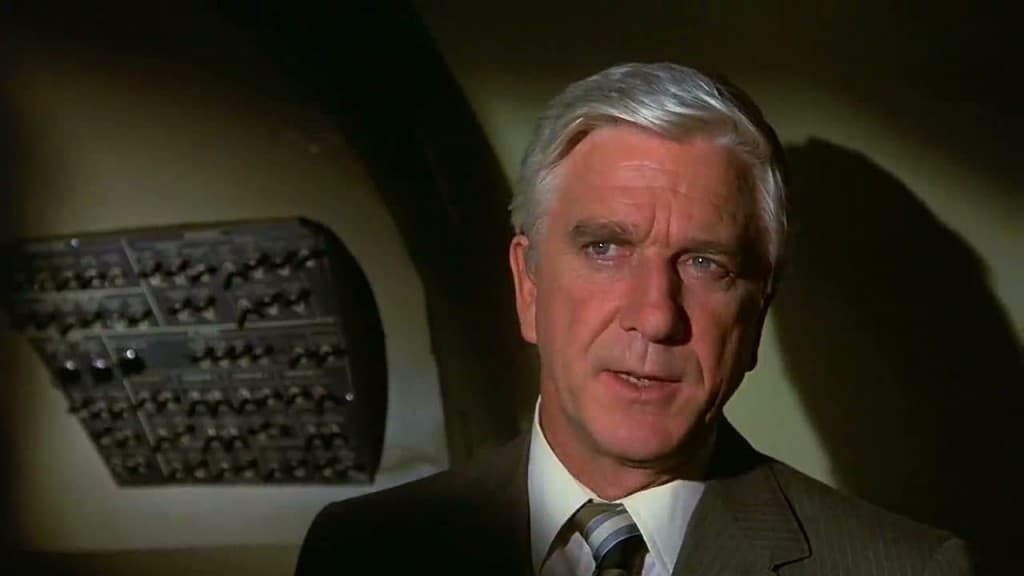 While an entire generation of people know Nielsen as a comedic actor, that part of his career was launched with Airplane. Before that film, he was best known for a serious role as the ship’s captain in The Poseidon Adventure. 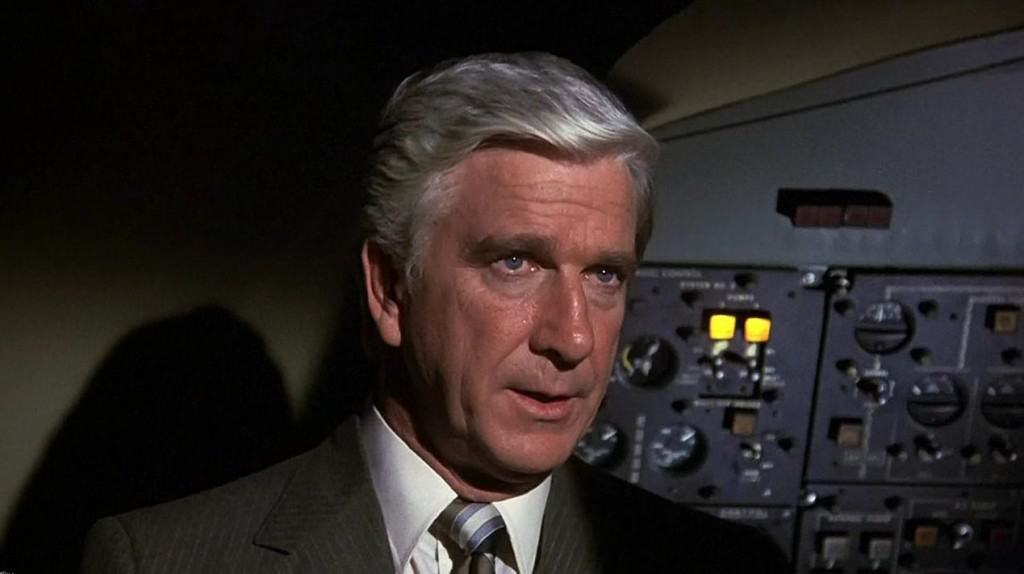 In order to showcase his comedic bonafides, Nielsen wandered around the set with whoopee cushions. He even sold them to other cast members and eventually the set was rife with the sound of false farts. 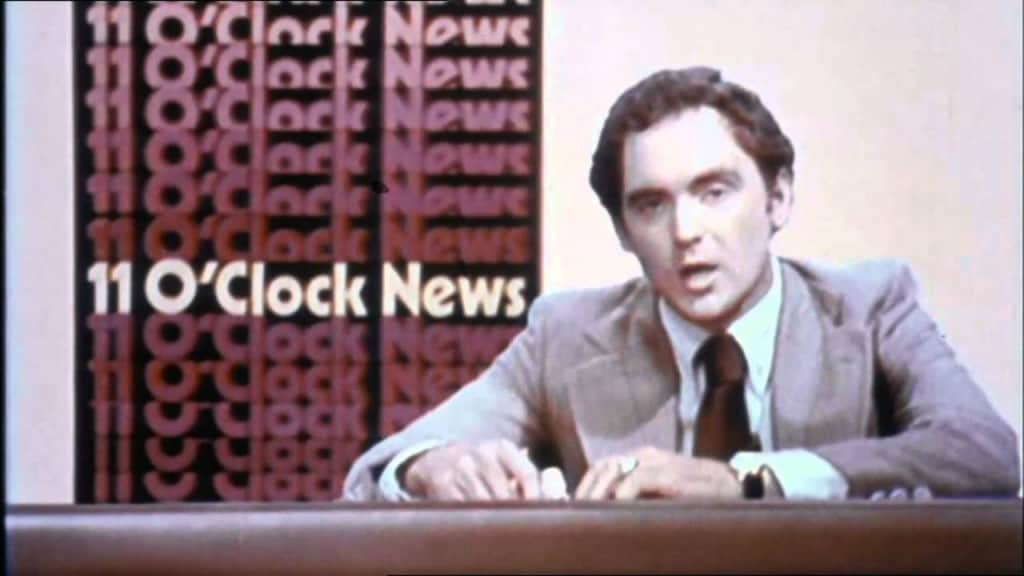 The group that put Airplane together originally came up with the idea by spotting the movie it is based on Zero Hour while they were going through tapes of late night commercials. They were originally looking for commercials to spoof on Kentucky Fried Theater and ended up with a movie idea. 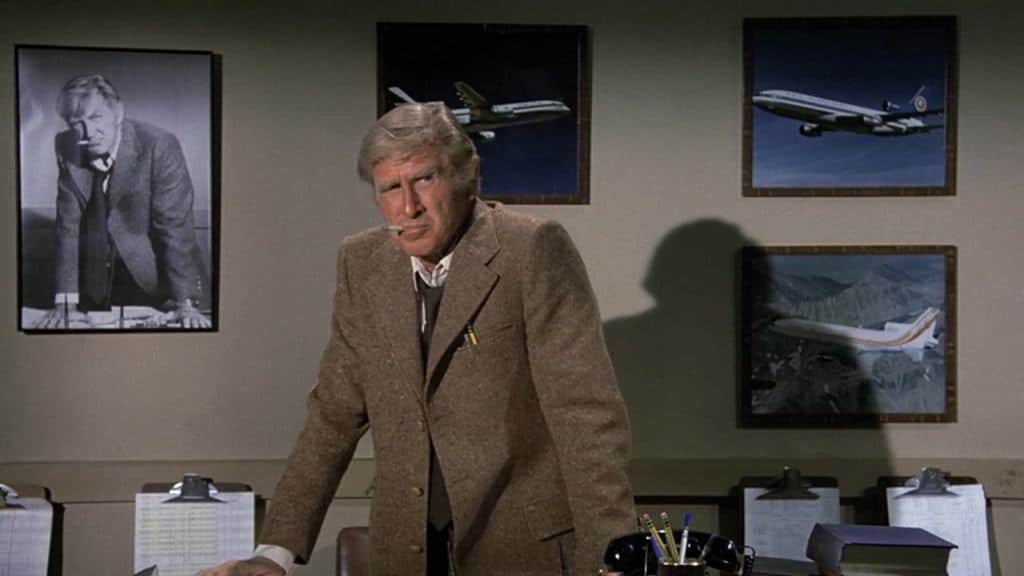 Kennedy was originally slated for the role, but the actor felt his appearance in the film would damage the Airport franchise. The team went with Bridges in part because he had appeared in his own airlines drama, San Francisco International Airport.

Now we know why the sequel wasn’t that good 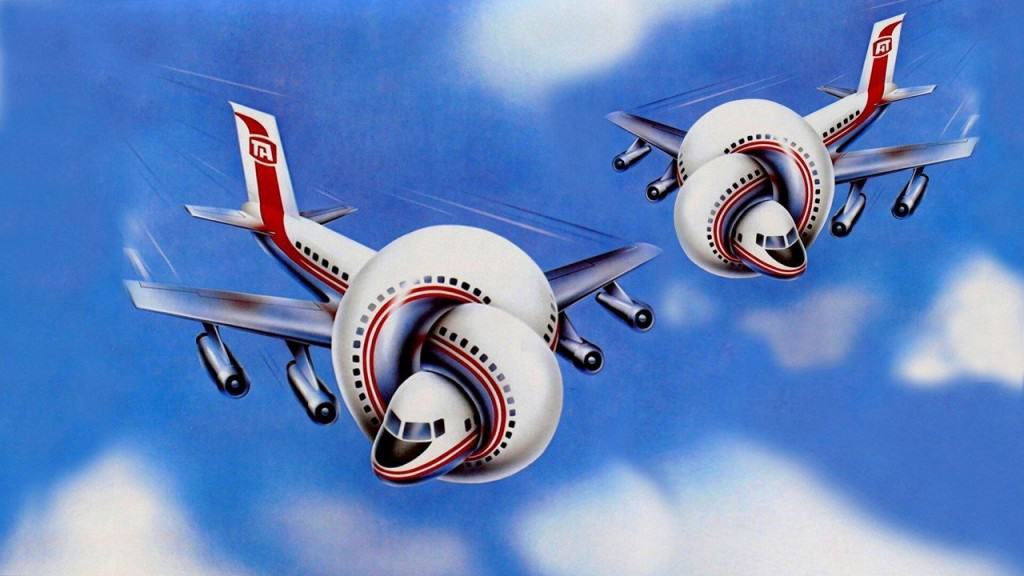 While most of the cast from Airplane made an appearance in the sequel, the writers and producers did not work on the film. That appears to be why it simply didn’t do as well.

It was almost another Kentucky Fried Movie 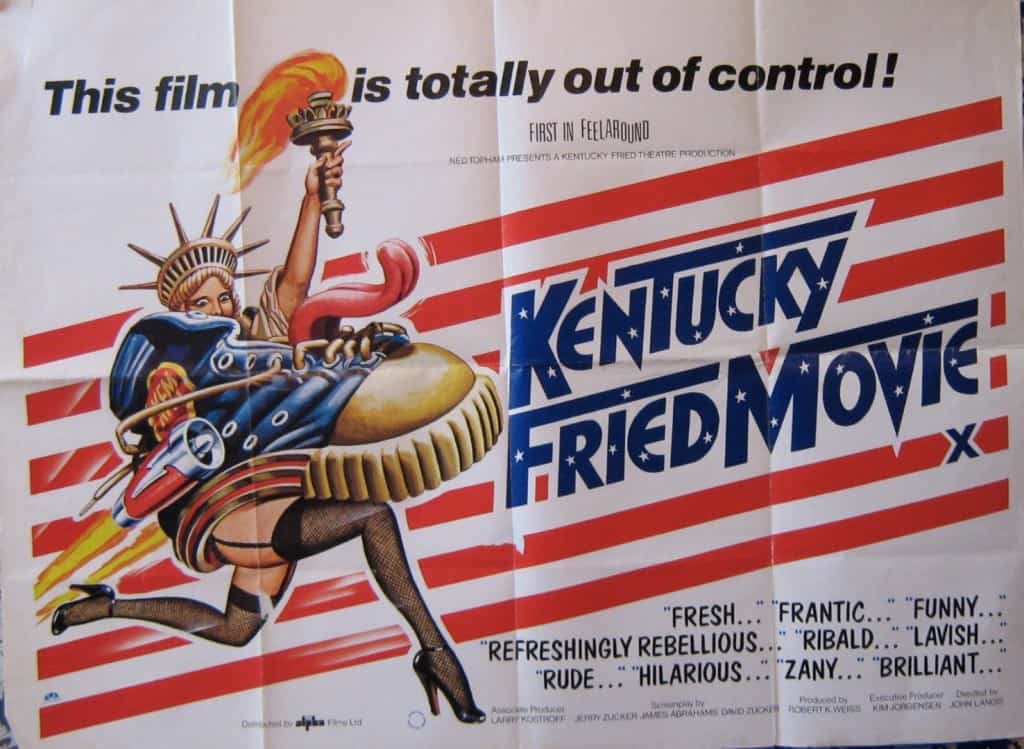 The original Airplane script had a ton of ad spoofs included in the writing. This was the same way the production team in charge of Kentucky Fried Movie had done it. Eventually the team decided to trim those advertisement spoofs out.