20 Struggles Of Brits Who Study In America

For many people around the world, living in the United States of America is the dream. Home of the free, land of the super-sized portions, most people have dreamed about visiting the international behemoth at least once in their lives. There are some, however, that manage to go one better. Each year, a handful of British students manage to wangle their way into a study abroad program and, as September rolls around, board a plane to the new world.

If you’re one of these Brits, then congratulations — you made it. Pretty soon, though, you might start to realize that life is a little different in America than it is back home and you might just feel a little out of place. The US is great, yes, but when you’re a Brit abroad, there are a whole load of struggles you didn’t even see coming.

Trying To Get Used To Your New University 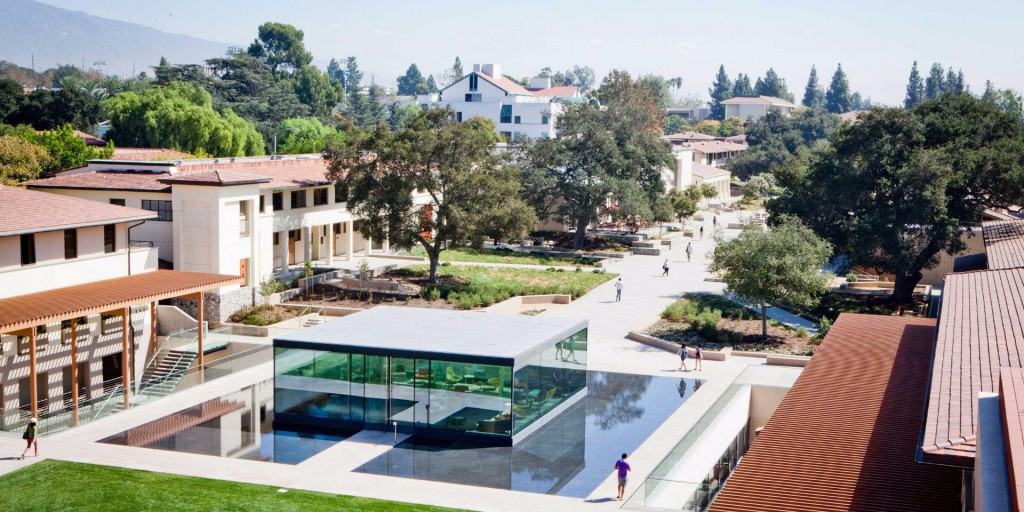 Before you first arrive, you’re so caught up in the fact that you’re moving to America, you don’t even stop to think about your university. American colleges are a whole world apart from those in the UK and if you think that you know what’s coming, you’re really clueless. 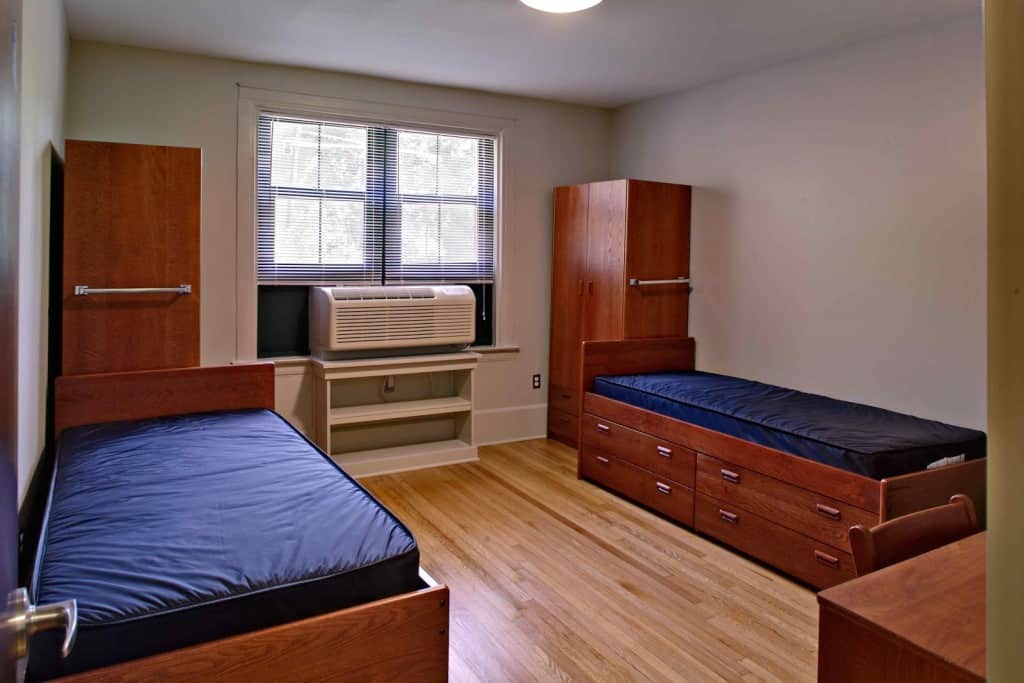 UK universities might be smaller, but at least they come with the dignity of giving you your own space. In America, the motto is “the more the merrier” and if you thought that you would be getting any privacy on your year abroad, think again.

Being Mocked Every Time You Open Your Mouth 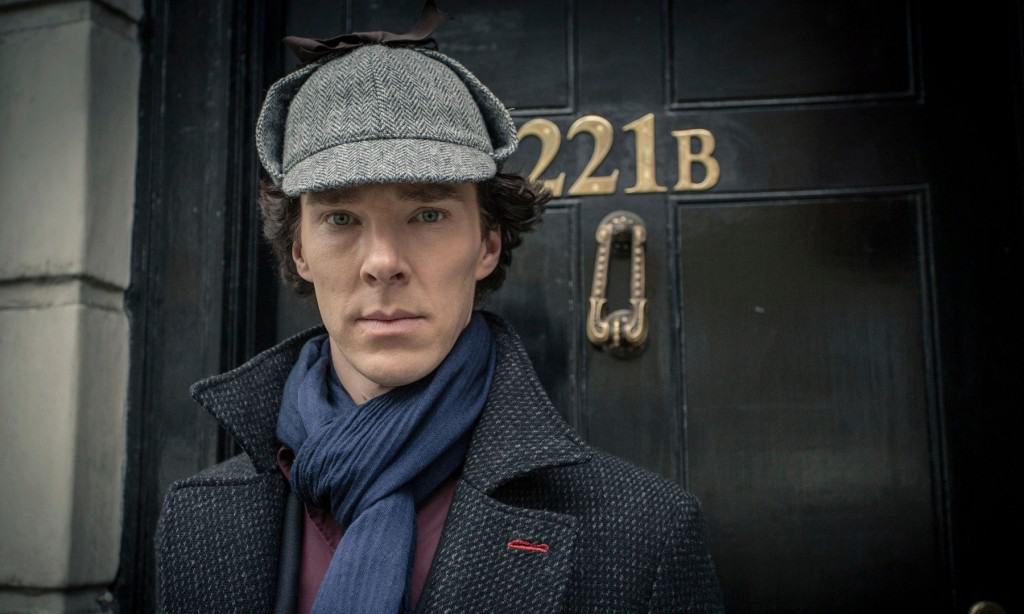 Even though you don’t consider yourself to have an accent, people in America think a lot differently and as soon as you open you mouth, you will be subjected to taunting and teasing. Prepare to get very self-conscious about the way you pronounce “bottle”. 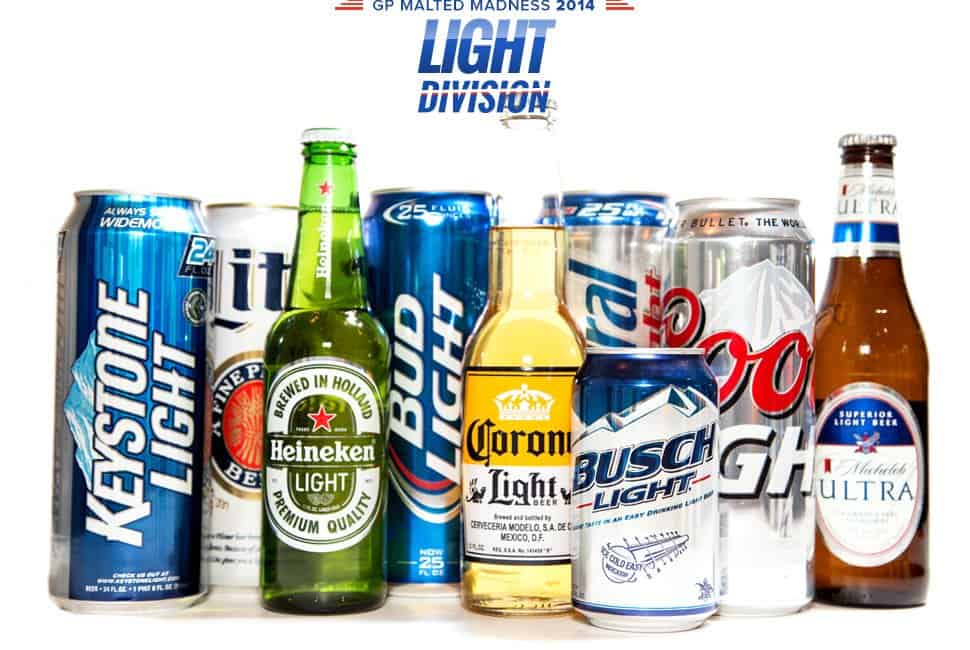 Let’s face it; alcohol in America just isn’t the same as it is back at home. With everyone on some kind of weird fad diet, all drinks taste like a semblance of their former selves. You’re just going to have to get used to lite beer; no-one drinks anything else. 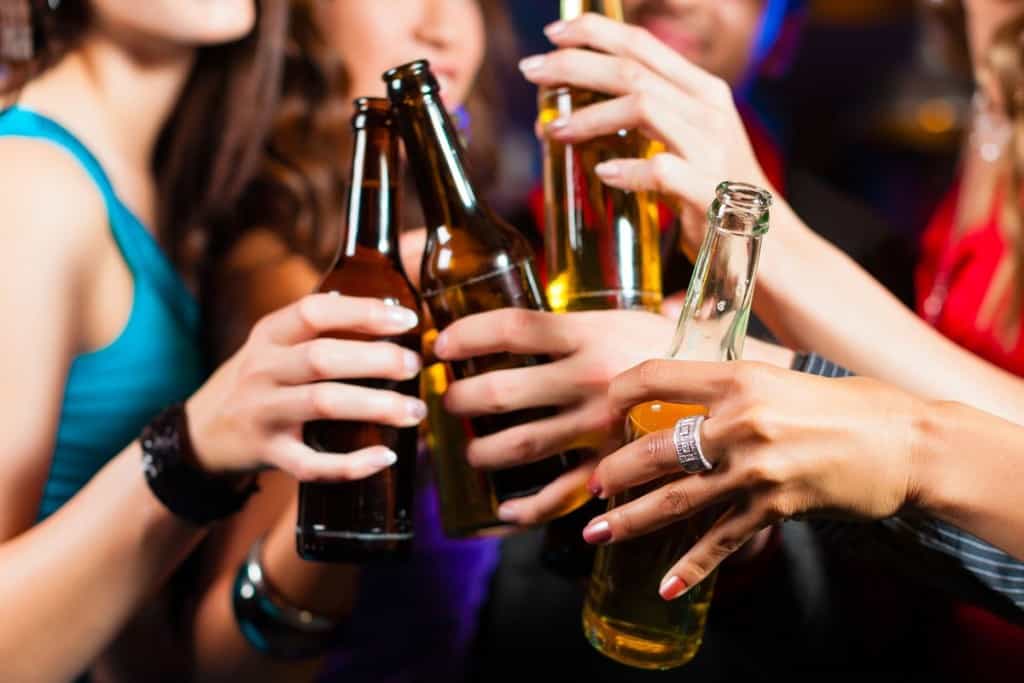 Are you under 21? Congratulations! It’s no longer legal for you to drink or buy alcohol. You’ve been over the legal drinking age for so long now that you completely forgot what it felt like to be a child. Luckily, America is on hand to remind you again. 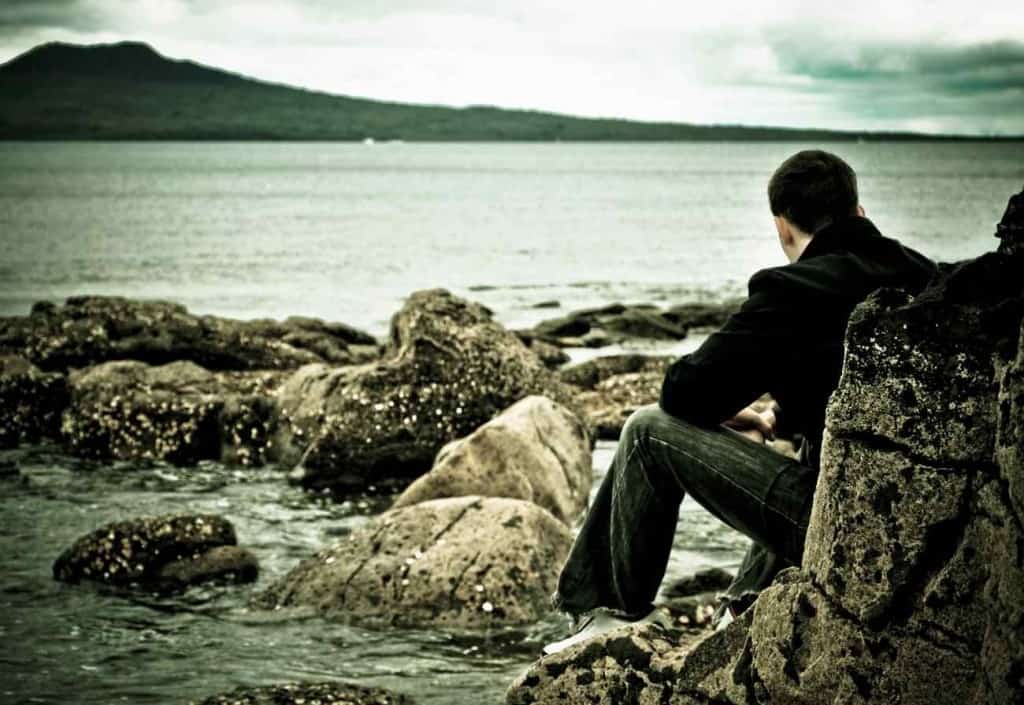 Arriving at your new American college brings back memories of your first traumatic day at your British university. Back then, you missed out on everything that was happening because you had no idea who anyone was. Now, the same thing happens again, only it’s a lot more scary and lonely. 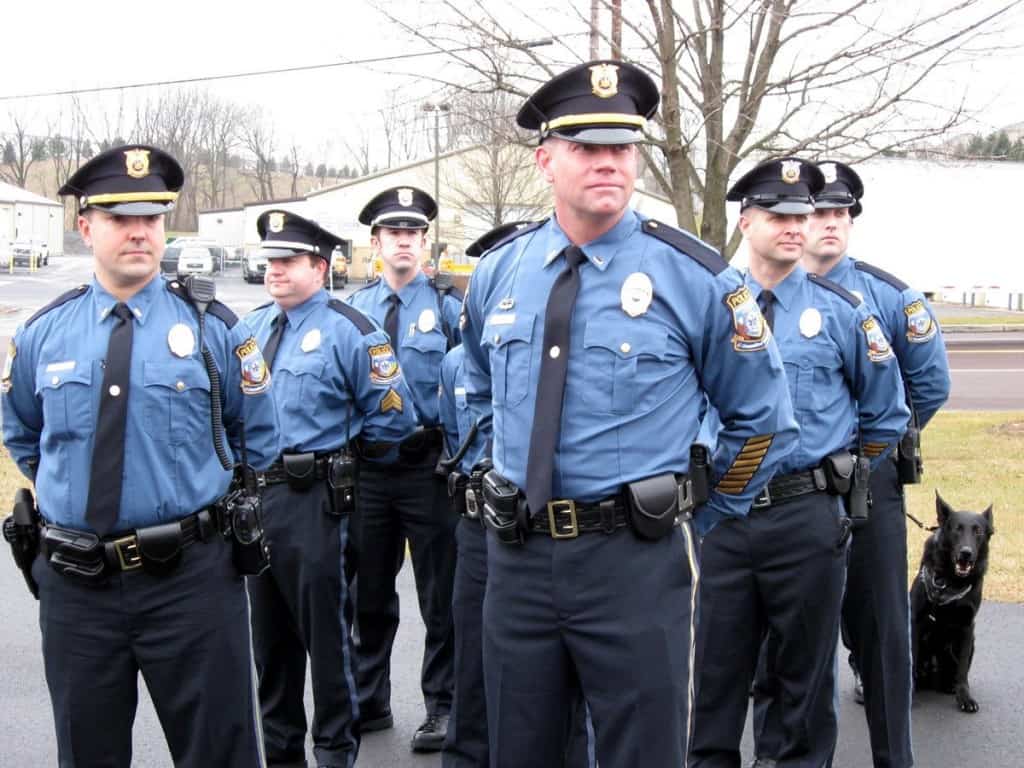 Parties that you do manage to attend are some of the best that you have visited in your life and for a brief moment in time, you can’t believe your luck. Pretty soon, though, a neighbor calls the police and once they find out you’re all underage, the party’s over.

Being Forced To Get Involved In Every Activity 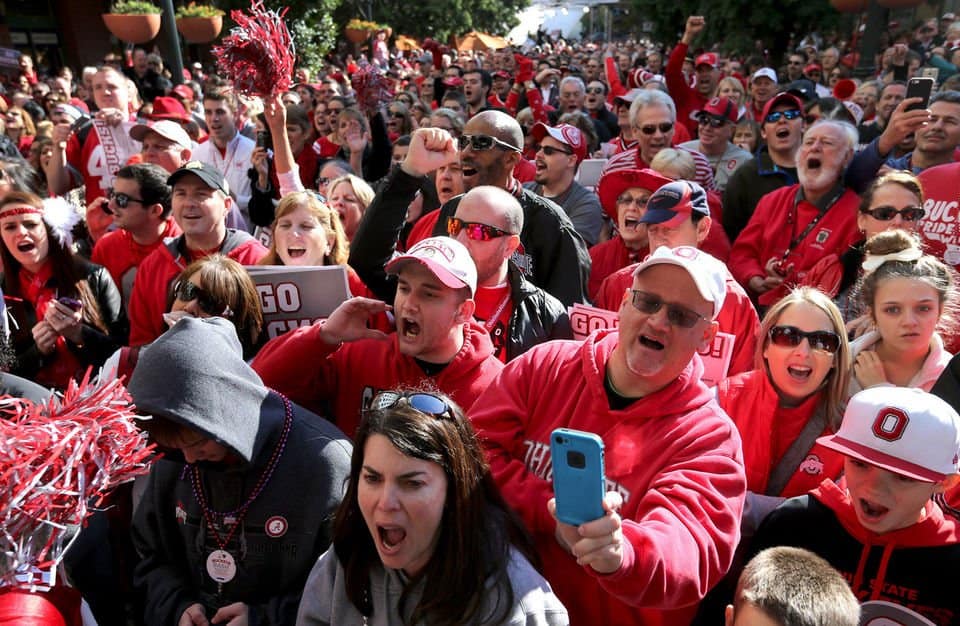 You’re so focused on making this year the best time of your life that you sign up for every activity and college group, no matter what it is. Soon, you find yourself balancing five different outings on the same day, but if it means more friends, you’re up for it.

Paying $2,000 For Your Required Reading 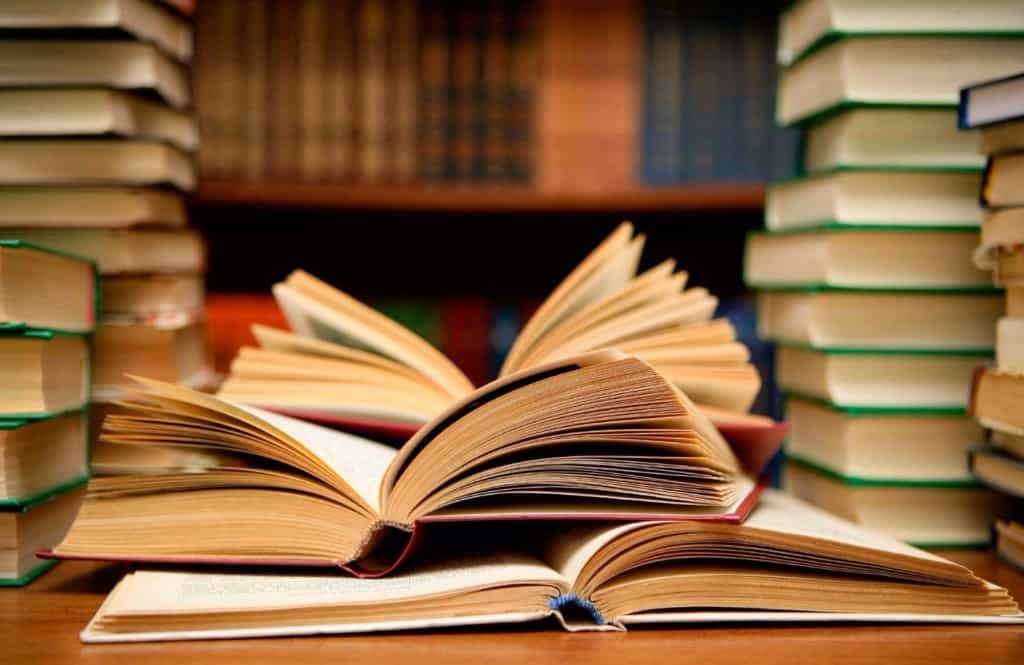 When you do actually make it to your classes, you’re stunned by the amount that professors expect you to read. Your book list costs more than you had budgeted for food, and when you hand over the money, you can’t help but shed a little tear.

Having Classes Every Single Day 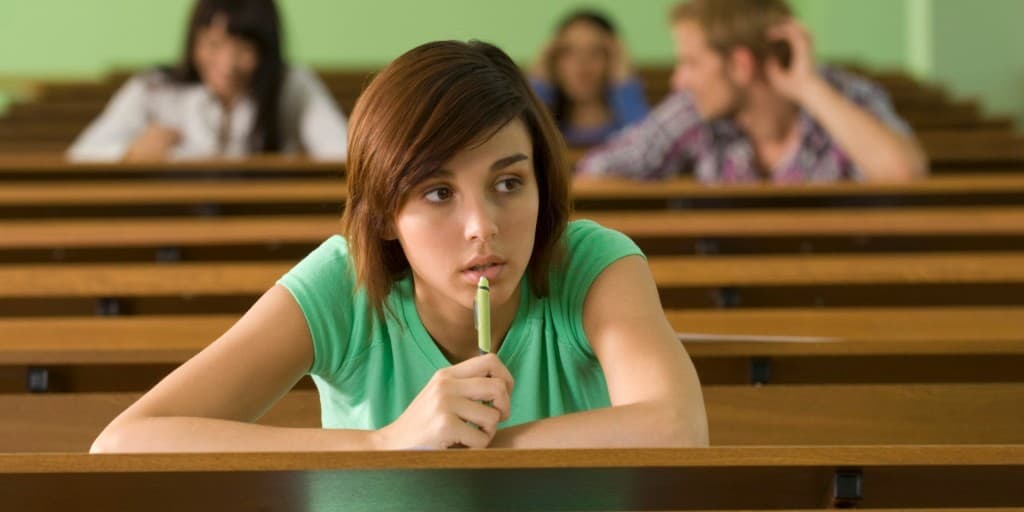 In the UK, you didn’t know how good you had it; with classes taking up roughly 6 hours of your week, you only had to be on campus twice in seven days. In the US, things are a little different and if you manage to leave by 5pm on one day, it’s a miracle. 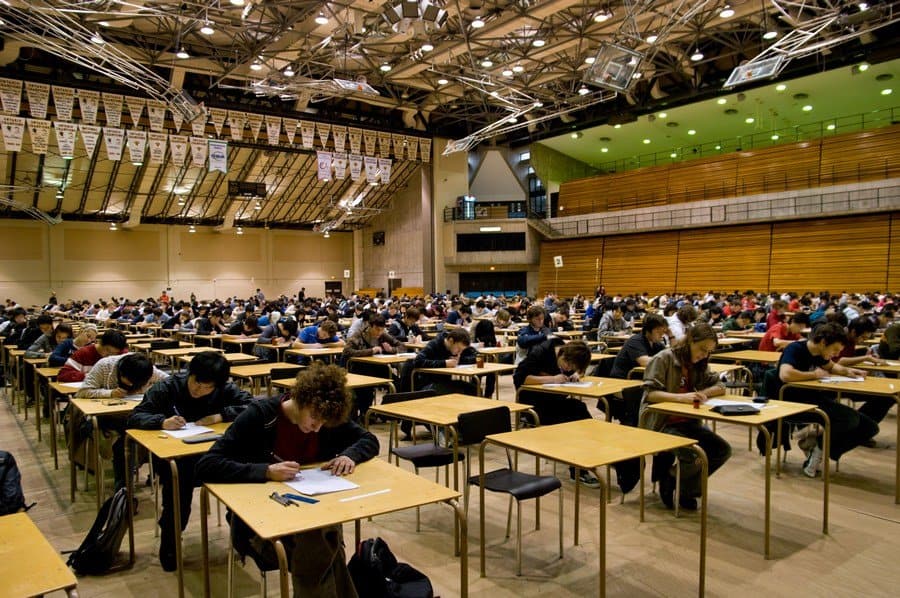 To accompany your intense lessons, you face a load of exams which your professors seem to enjoy piling on you every few weeks. You’ve never learned more than you have here but at the same time, you just want it all to be over.

Struggling Against A Stack Of Research Papers 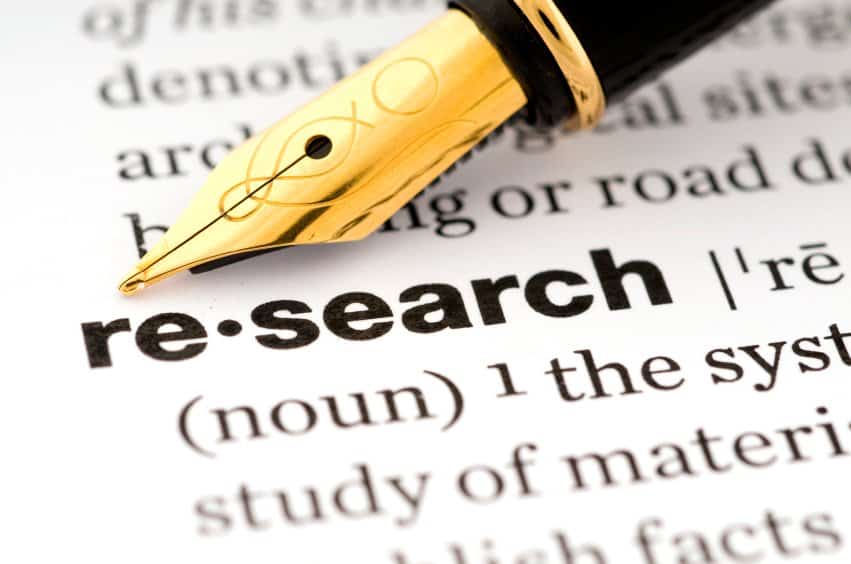 What with all of the exams and essays, you are forced to dive into the terrifying world of research papers and books. The majority of your workspace is taken up by loose papers and in the mess, you’re starting to lose your mind a little bit.

Trying To Navigate The Meat Aisles In Supermarkets

You never thought that you would miss British food, but once you see the state of American meat, you’re longing for home. American bacon is 80% fat and as soon as you try to cook any, you set the kitchen on fire.

Bemoaning The Lack Of Roast Dinners 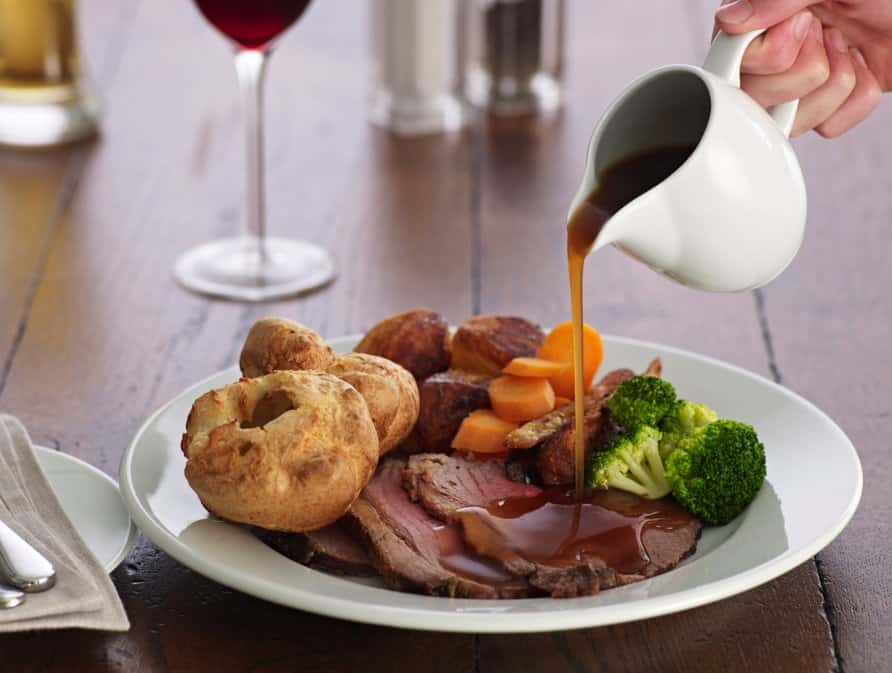 In your mind, you’ve never tasted anything as good as a roast dinner, and after a couple of weeks, you start to get withdrawal symptoms. You try to explain why roast dinners are so important to your American friends, but they don’t really get it.

Getting Fat From All The Extra Food You’re Eating 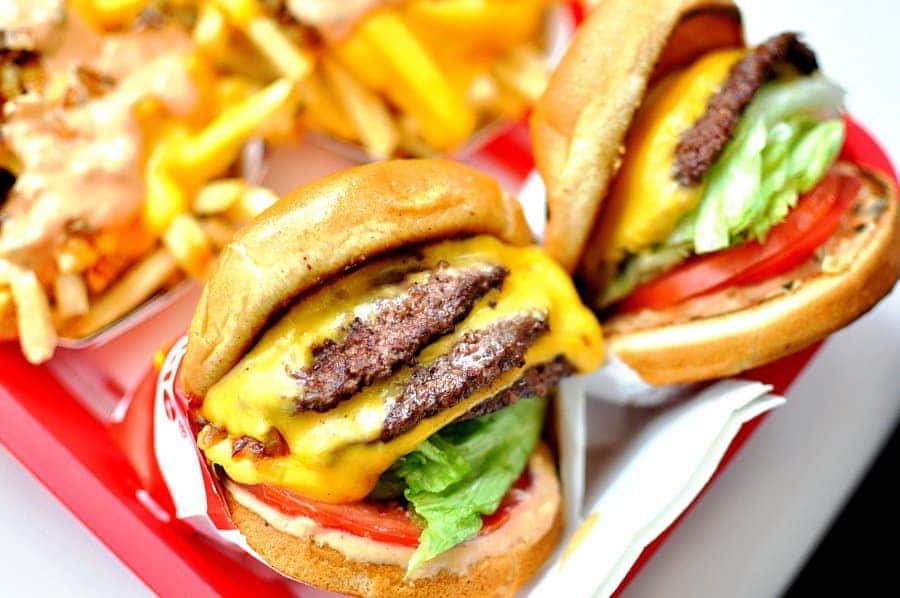 Now the food hall is a two minute walk from your dorm room, you find yourself eating a lot more regularly. With portion sizes roughly the shape and size of your head, you’re piling on a few extra American pounds, too.

Facing The Huge Size Of The Country 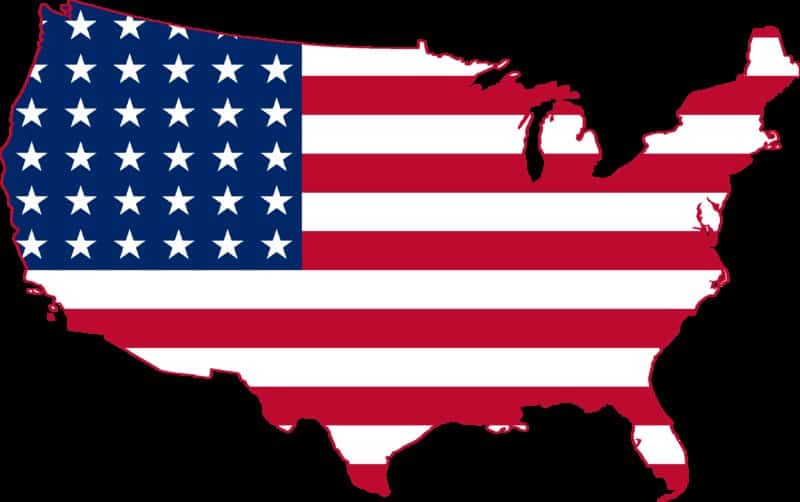 When you find out that one of your British friends is studying at a college a few states away, you decide to pay them a visit. That is, until you take a look at a map. America is so huge that, to get anywhere at all, you have to take a flight. After having spent your money on books, there’s no way that you can afford to do anything. 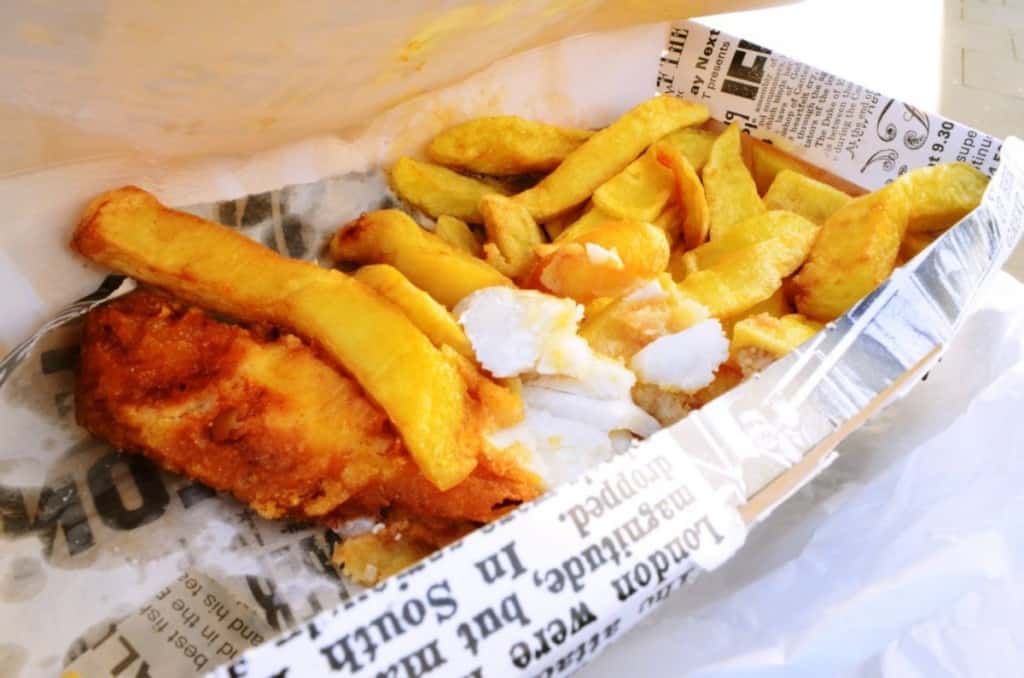 After a late night or party, there’s nothing like a plate of chips to soak up the alcohol and send you to sleep. In America, though, places only sell fries, and when you’re craving the stodgy sustenance of a British chip, they simply don’t measure up.

Getting Stranded Due To Terrible Public Transport 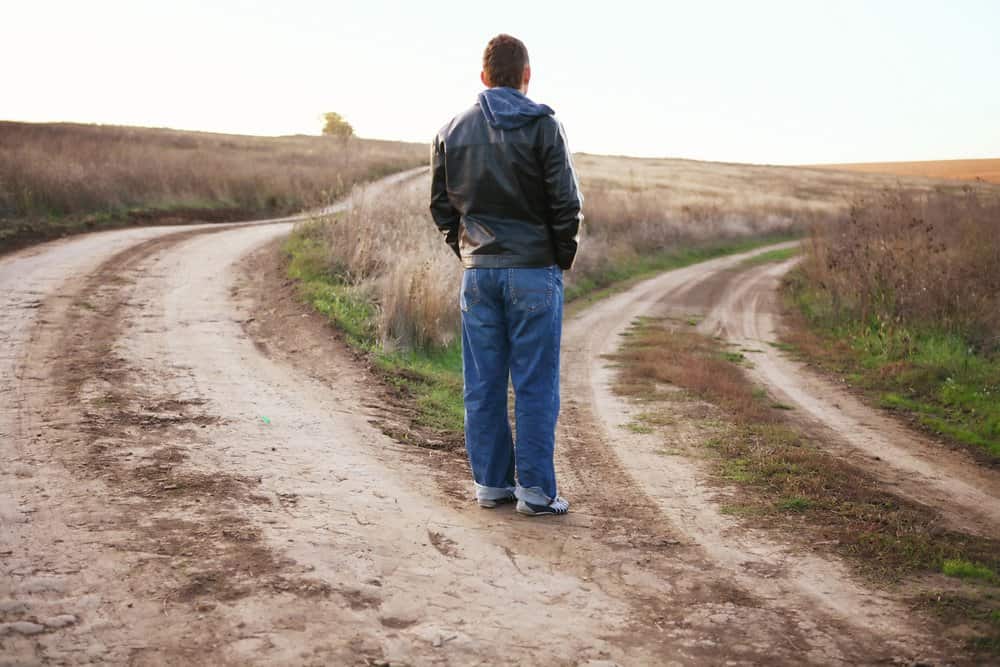 If you don’t drive in America, you’re not going anywhere. Unless you’re in a major city, there’s zero way you can source good public transport links and after a few times trying, you forgo travel completely.

Being Forced To Travel Everywhere By Aeroplane 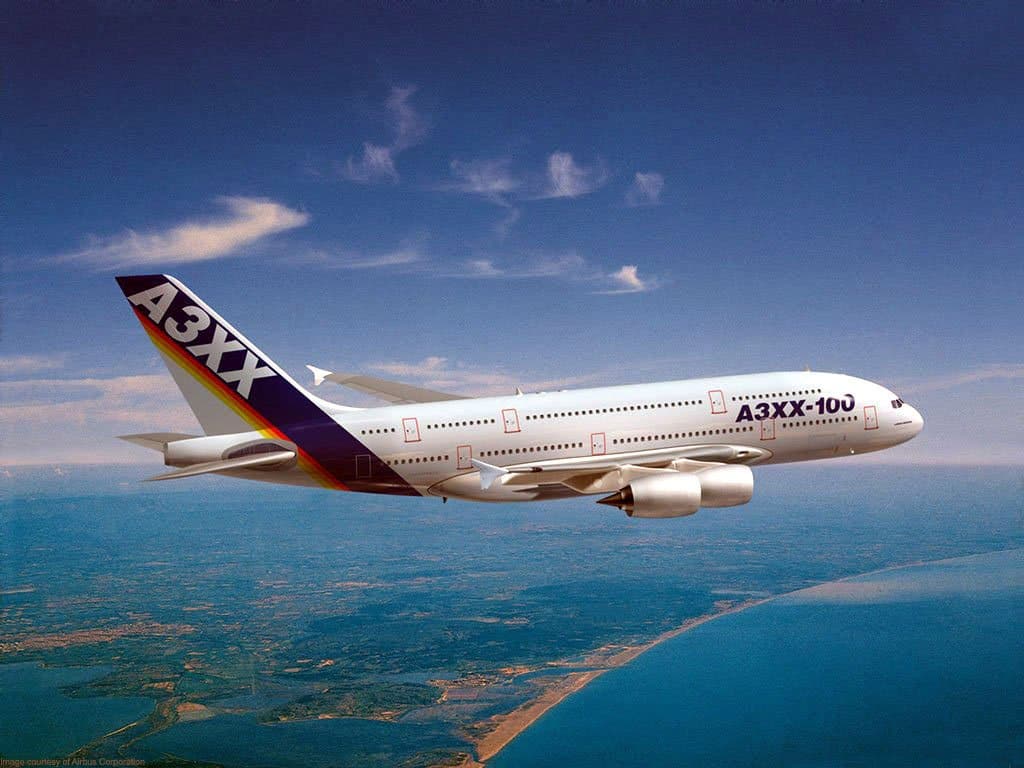 A weekend trip to a nearby city ends up being a 12 hour journey, which spans car, train and aeroplane. You miss the compactness of the UK, where you can travel from top to tip in less than a day. By the time you leave the US, you’re a seasoned traveler.

Missing The Weird Things You Never Realised Were British 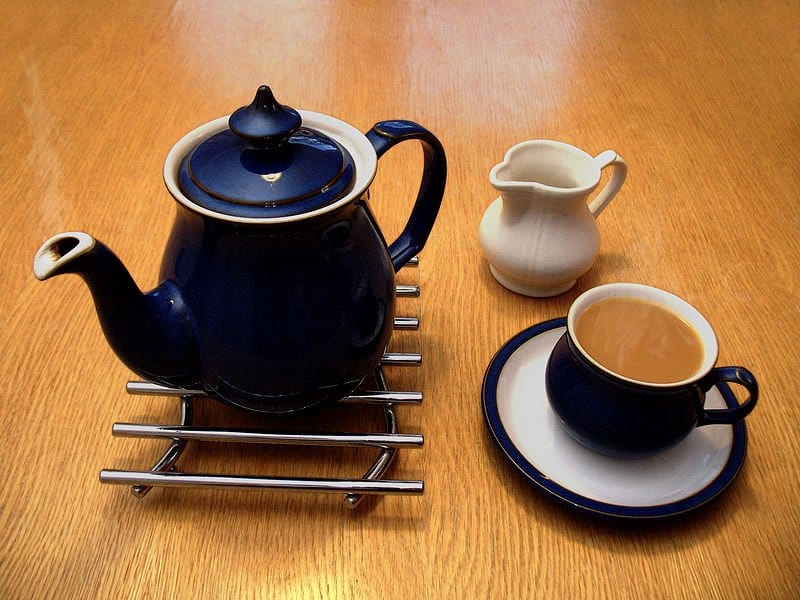 After you get used to America, you start to become weirdly patriotic for the first time in your life, missing little things you never even realized were specific to home. The lack of good pubs (or any pubs, for that matter), is a real issue to you and struggling to find any sort of kettle is really getting to you.