20 Shows In Their First Season That Deserve A Watch

Television has become more competitive than ever before, with a plethora of new shows exploding onto the scene each year. Although certain critical darlings do survive their first season based on fan support alone, most shows are highly dependent on ratings to pull them through to season two. This poses a grave problem because most television viewers are moving towards the trend of playing the waiting game in order to ensure that they are not watching a show that could possibly be cancelled. In order to ensure that quality shows live to see a second season, it is important that they receive support from the start. Here is a list of 20 television shows across different genres and networks that deserve a watch from the first seasons itself: 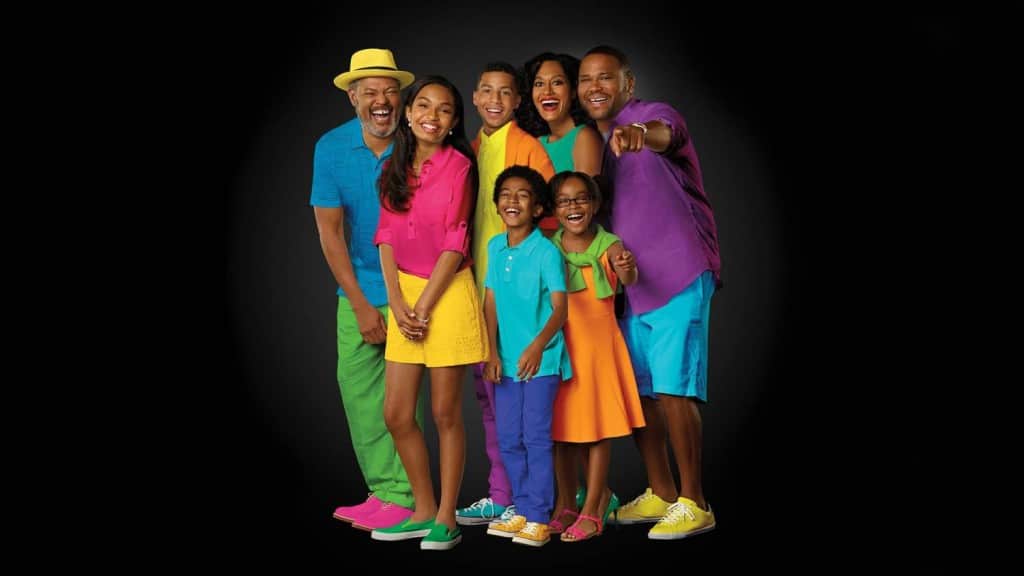 A great cast, light family-based humor and the reinvention of stereotypes makes ‘Black-ish‘ on ABC one of the better sitcoms of the year. It is not entirely sure about its target audience at all times, but this one still has some great moments and is worth a watch.

Fresh Off The Boat 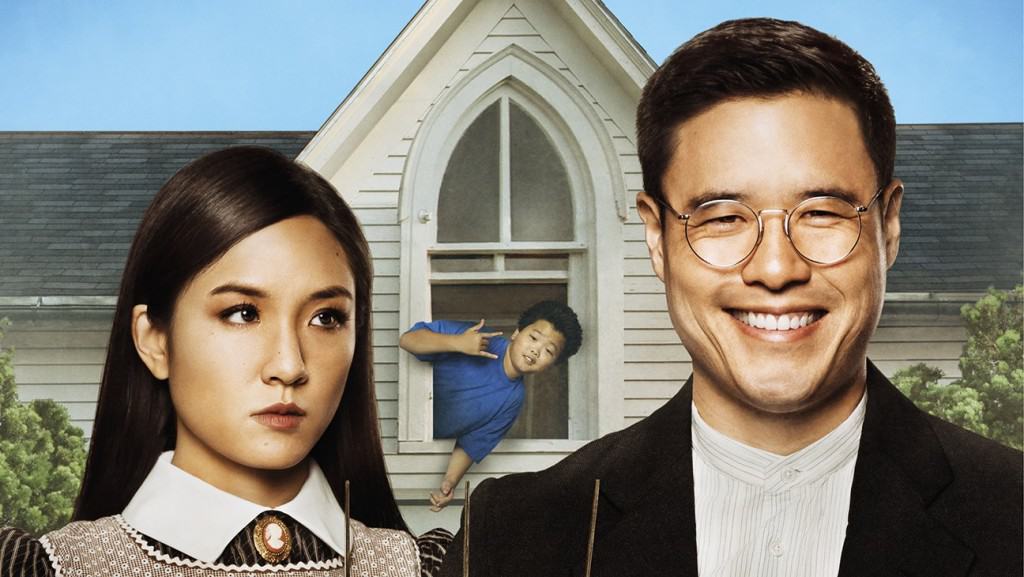 Based on the memoirs of famous chef Eddie Huang, ‘Fresh Off The Boat‘ follows a Taiwanese family as they make the transition of moving from Washington to Florida. Although it may seem that the plotline isn’t ‘fresh’ or anything spectacular, the show is glued together by its charming and vibrant child lead Hudson Yang. Constance Wu and Randall Park play a great second fiddle to this wonderful character of an ‘Asian boy trapped in a rapper’s body’. 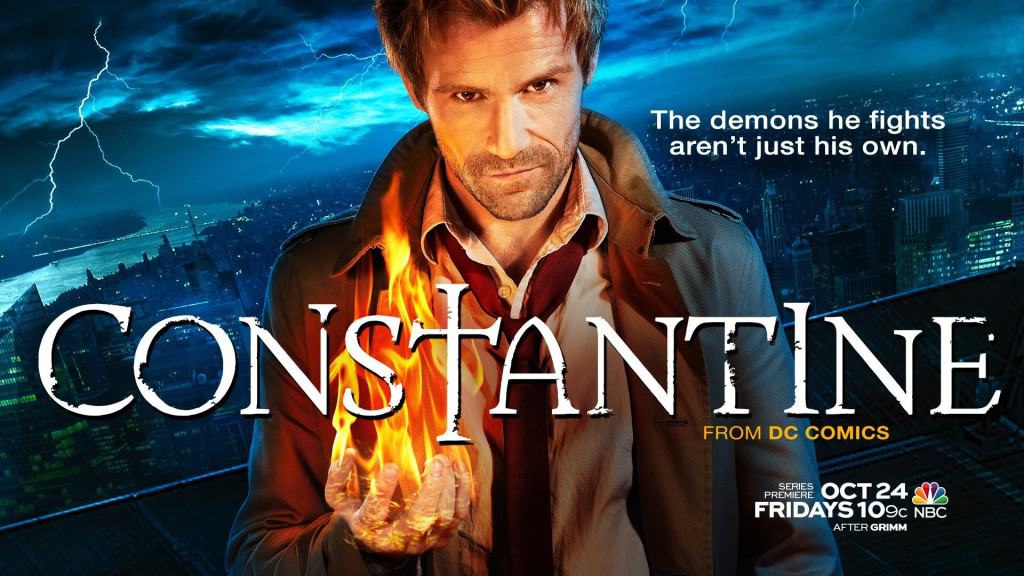 Much like the character from the highly successful graphic novel series, Constantine seems to be in limbo at the moment. The show’s fate is yet to be determined although moving it to another network would greatly help its cause. The first season that aired on NBC (which should have been aired on HBO, AMC or FX) felt like a mismatch simply because the character is originally so dark and brooding and the network isn’t. Despite that, the show did have its moments and, with enough support from fans, could live to see another season on another network entirely. 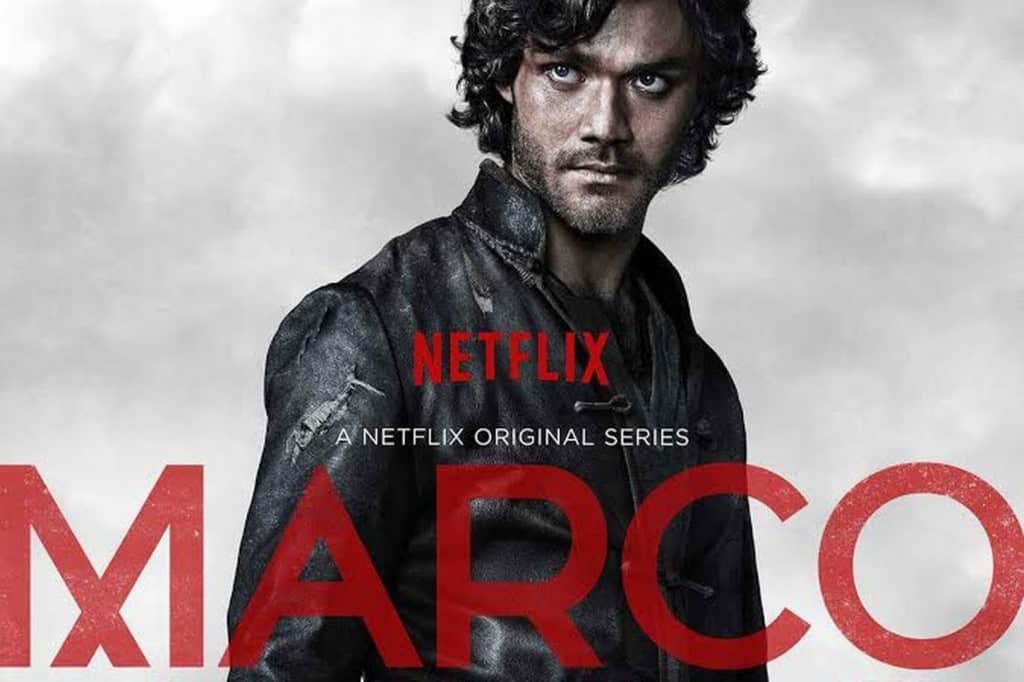 Netflix has begun to churn out some fantastic looking television shows and ‘Marco Polo‘ exemplifies their aesthetic proficiency perfectly. Although the show could be better scripted and the characters could have greater depth, the stunning visuals and steady plot progression make this a pleasurable watch if not mind-blowing. 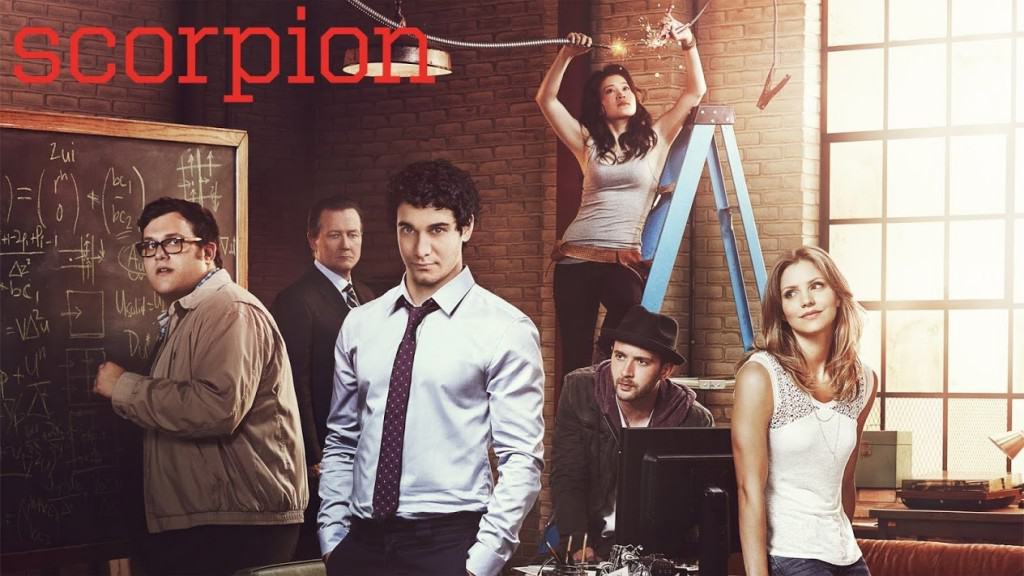 Recruiting genius outcasts to solve crime is as old as crime itself. ‘Scorpion‘ adds a cinematic twist to this old narrative and relies on a team of geniuses instead of using just the one. Each genius in this team has their own speciality such as the ‘human calculator’ or the ‘world class shrink’ and watching these superior minds sink down to the level of ordinary criminals can be entertaining. 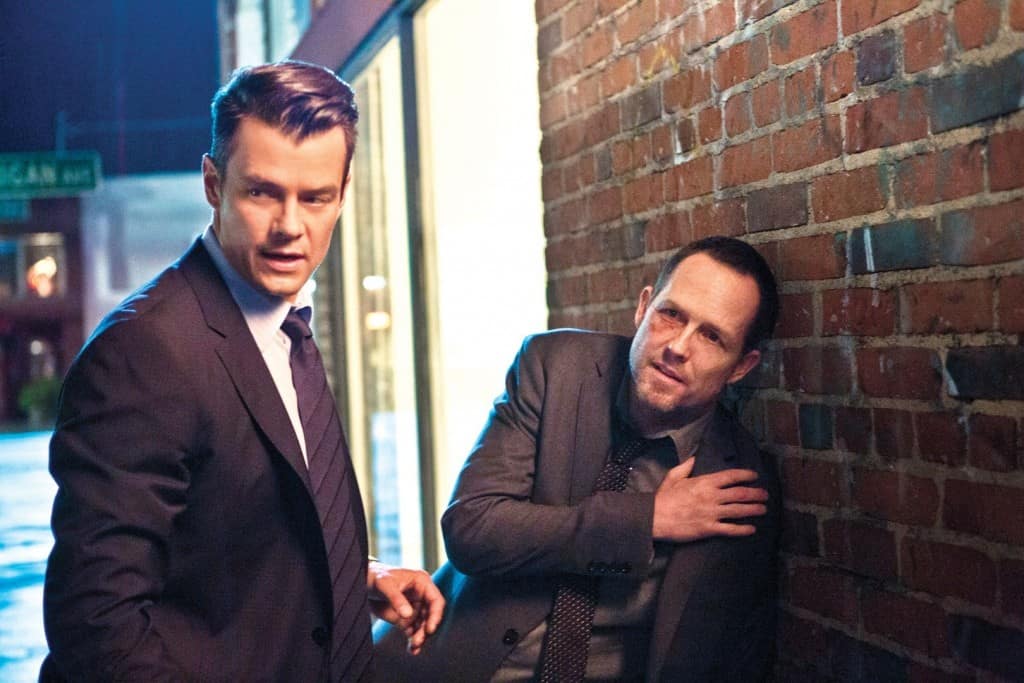 There is something raw and realistic about Battle Creek that sets it apart from other crime procedurals running on television currently. Unlike most Special Forces, this one is highly backward in its equipment and methodology and requires the help of the FBI to pull them through. The dynamic that develops between the best detective in Battle Creek and the FBI agent sent to provide assistance makes for quality viewing. 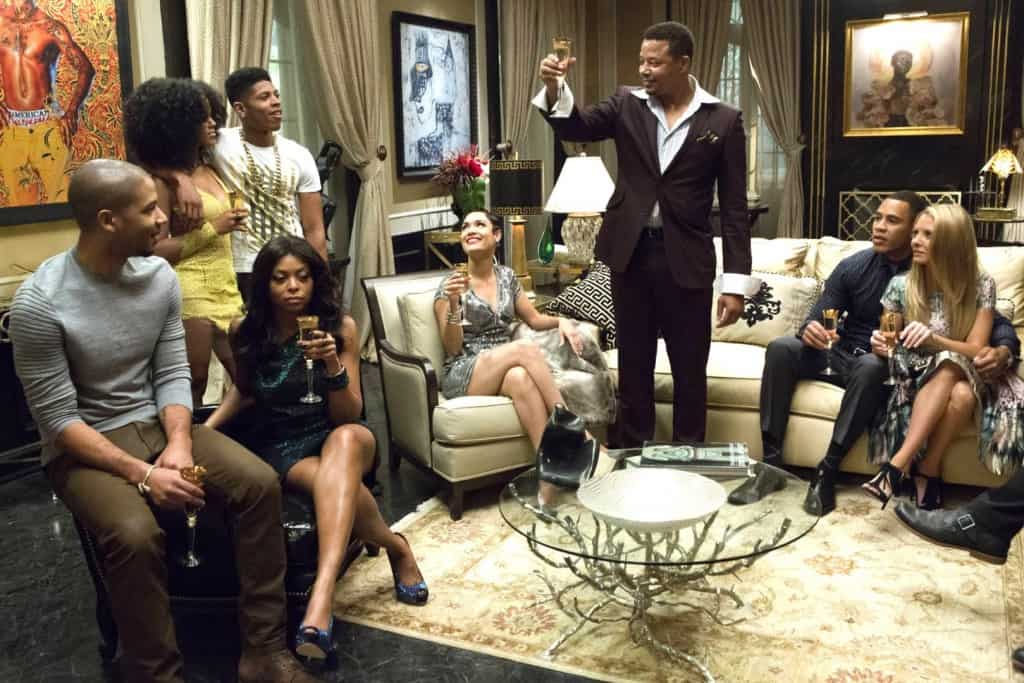 Empire is a musical drama television series that has already captured the attention of the audience, even going as far as to have an ‘SNL’ sketch made about it. Centered on the family members of a hip hop and entertainment company called Empire Entertainment, this show has already begun to capture a decent fan following in comparison to any other show on the list. 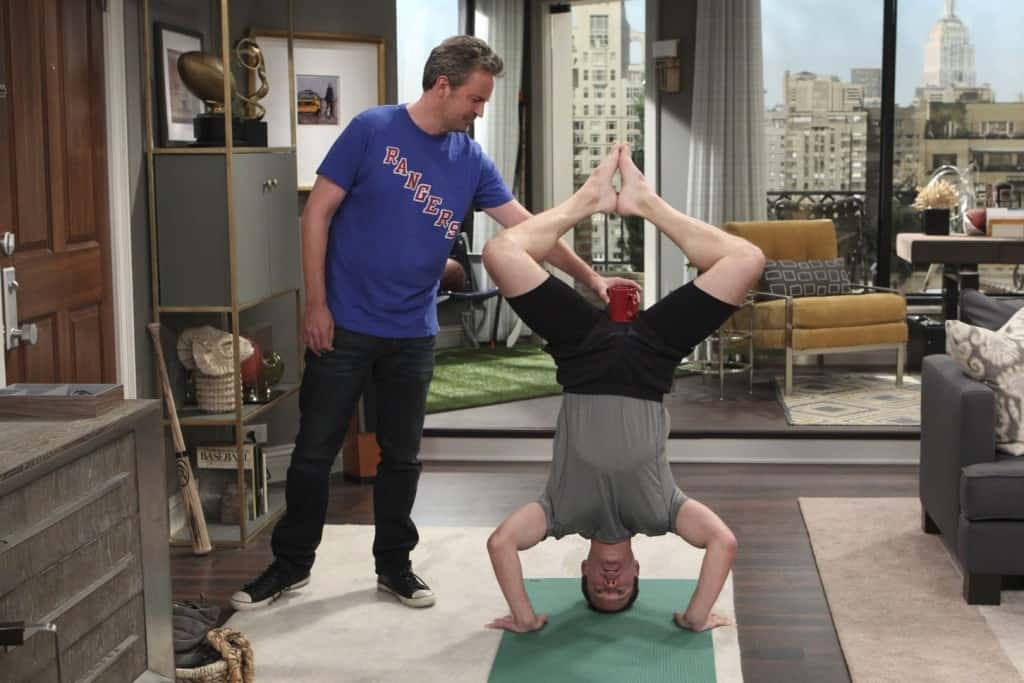 After several unsuccessful attempts to lead a television series, Matthew Perry is now teaming up Thomas Lennon to rehash the popular 70’s sitcom ‘The Odd Couple‘. The show relies on the classic friction between the aloof roommate and the uptight one to deliver on some steady laughs, and although the show is quite decent, I can’t help but wonder how great the second season of ‘Go On‘ would be, had the show not been cancelled. That can’t be good for this show right? 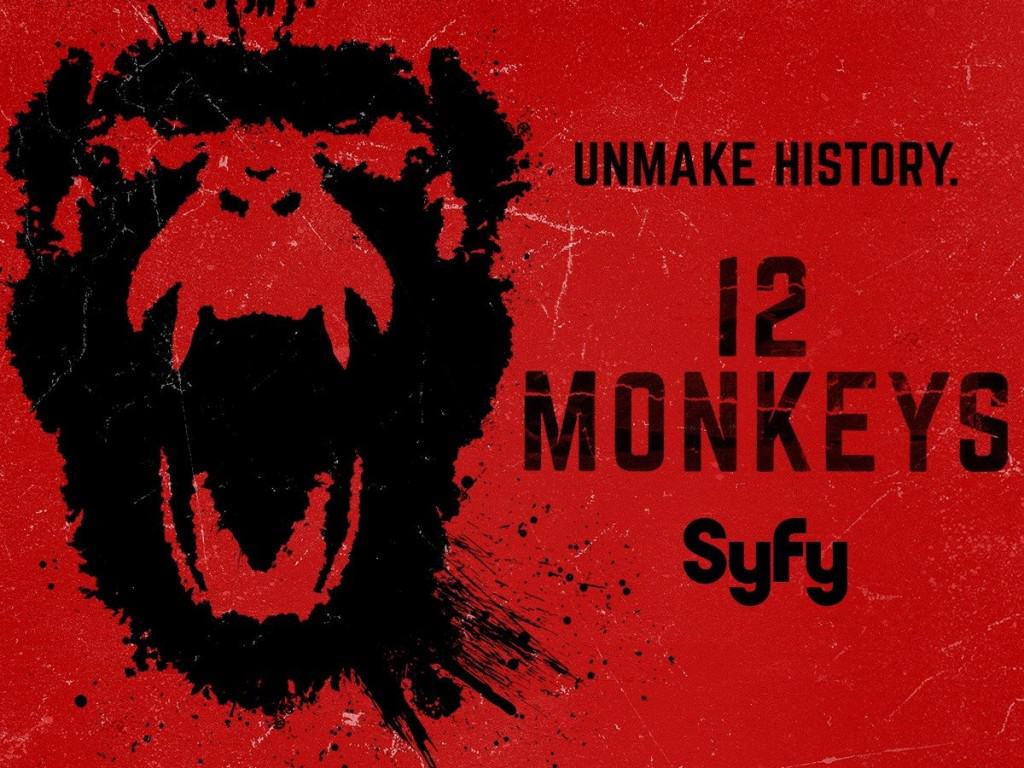 A good adaptation is sadly more valued than an original script in the industry these days. A proven formula can be easier to bank on than a fresh idea, it seems. ‘12 Monkeys‘ falls right into this category, being an adaptation of a film that was originally adapted from a short story from the 60’s. ‘12 Monkeys‘ makes the most out of a well-chalked out idea and delivers on a stellar and gripping show. Fans of the film/short story will not be disappointed. 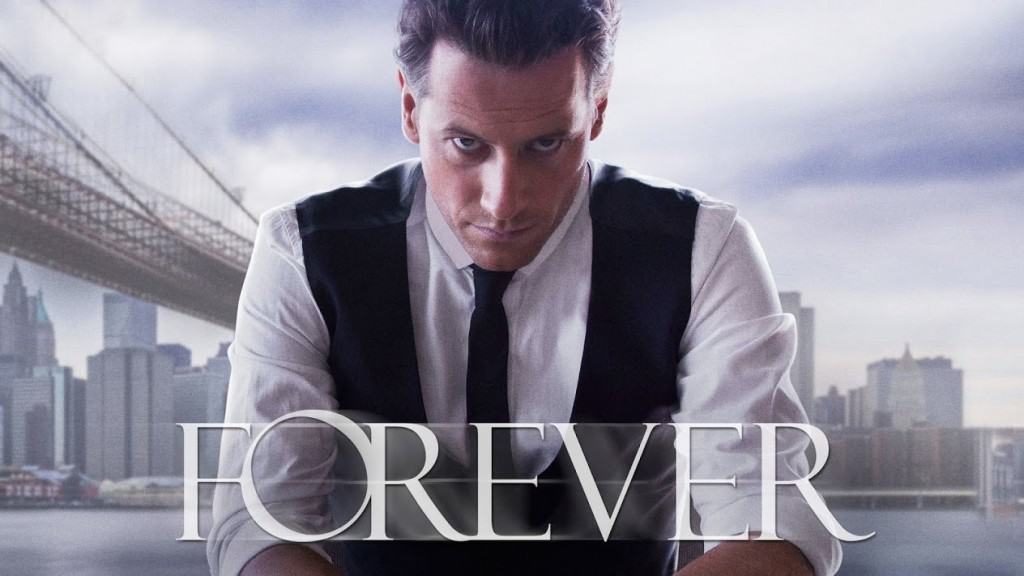 An interesting twist on the idea of the immortal man, ‘Forever‘ tells us the story of Dr. Henry Morgan, a medical practitioner who has been a master at his trade for over 200 years. His uncertainty regarding the very nature of his immortality along with the possibility of others like him drive the story forward in a brisk and engrossing manner. 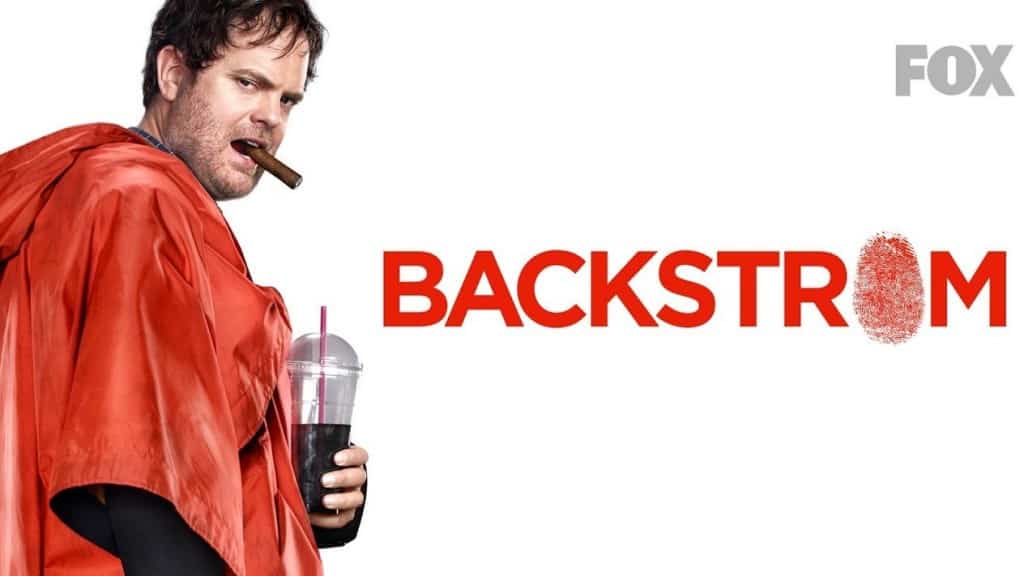 Rainn Wilson returns to a major role in television after his decade-long portrayal as Dwight Schrute in ‘The Office‘. Instead of playing an assistant-to-the-regional-manager who doesn’t trust anyone, Rainn Wilson plays a talented yet self-destructive detective who doesn’t trust anyone to an almost equal hilarious effect. His ‘I am you’ monologues in this show can be entertaining, and present a fresh take on the process of profiling done so very often on criminal procedurals. 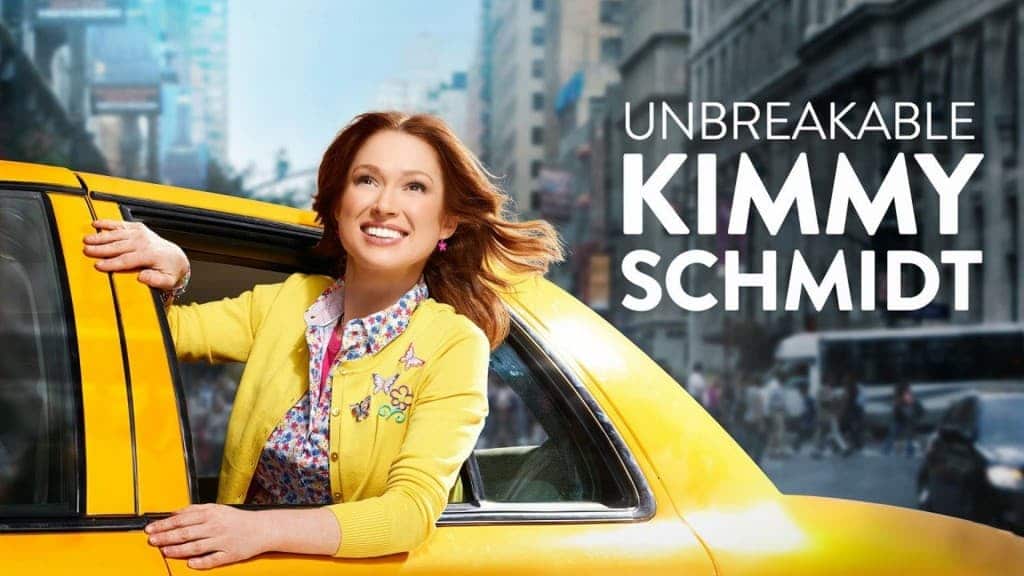 Another former ‘The Office‘ star, Ellie Kemper, returns to television as the titular Kimmy Schmidt in a hilarious and off-beat sitcom created by the talented Tina Fey and Robert Carlock. Kimmy has lived most of her adult life in an underground bunker as a part of a ‘doomsday cult’, along with her captor and three other women. The story kicks off when the woman are rescued from their captor and presented with an opportunity to return to their normal lives, which it seems they had long forgotten. Watching Kimmy Schmidt tackle the challenges of living in NY, armed with nothing but her indomitable spirit, makes for an entertaining watch. 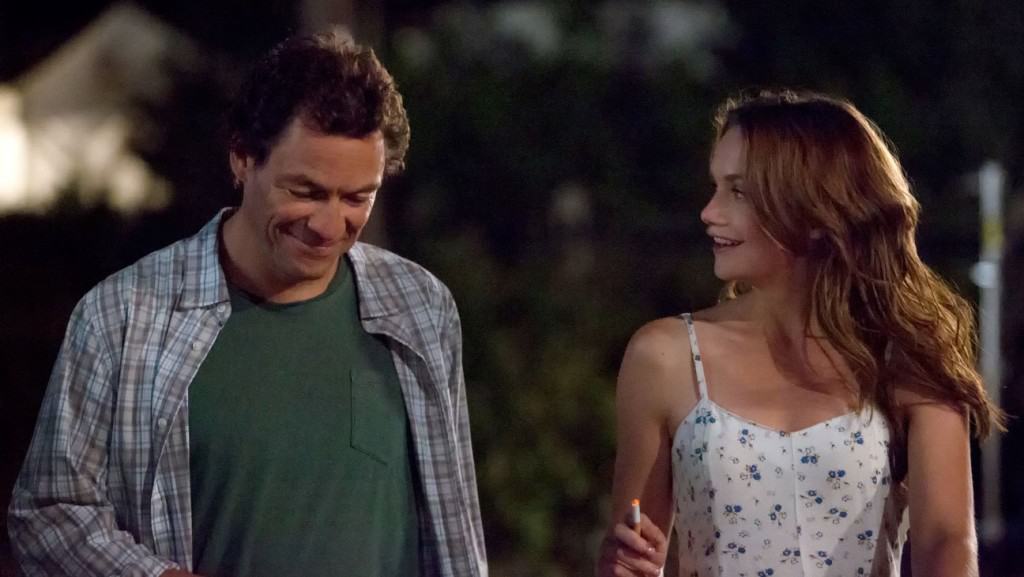 The Affair is an honest show about the sordid nature of relationships. It relies on memories, and the subjectivity of various points of views to deliver on an interesting story that can be relatable to anyone that has experienced any side of infidelity. Although the series has won numerous awards, received critical acclaim and features a cast of highly talented actors, its viewership is still not where it needs to be. Make sure you catch this series next season as it is one of the better, more mature drama’s to come out all year. 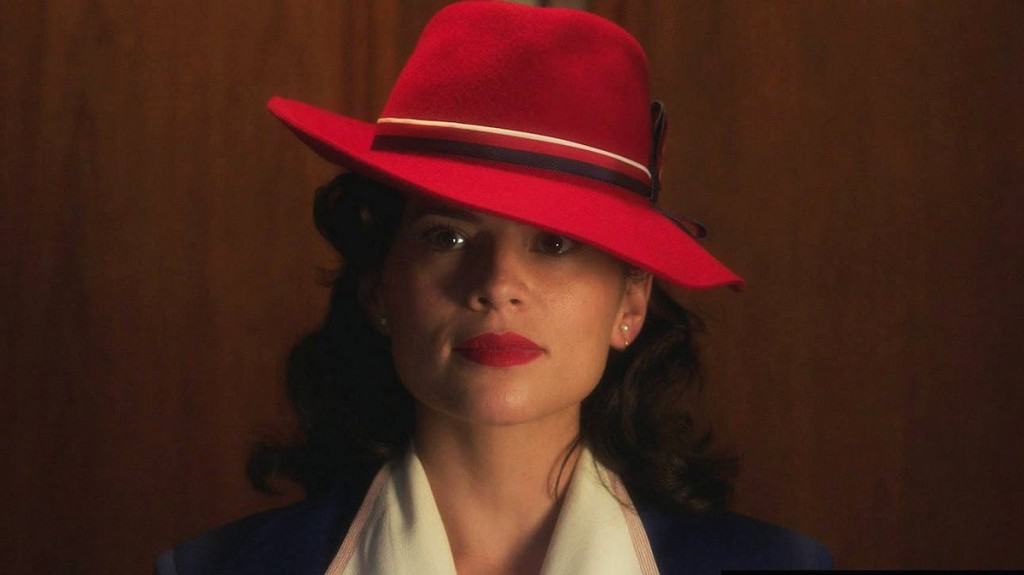 The last two years have seen a massive influx of superhero-based television series launched by DC and Marvel Studios. The latest one to hit the television screens is also the one with the maximum amount of potential – ‘Agent Carter‘. For a long time now, the world has craved to see a half-decent female-led crime fighter/superhero. ‘Wonder Woman’ is on her way to the silver screens but Agent Peggy Carter is a great stop-holder till that point. Set in the 40’s during Howard Stark’s time, the show relies on a backward and chauvinistic era to empower the highly skilled and intelligent Peggy Carter. She makes good use of the fact that she is underestimated in order to lead a successful and thrilling double life. 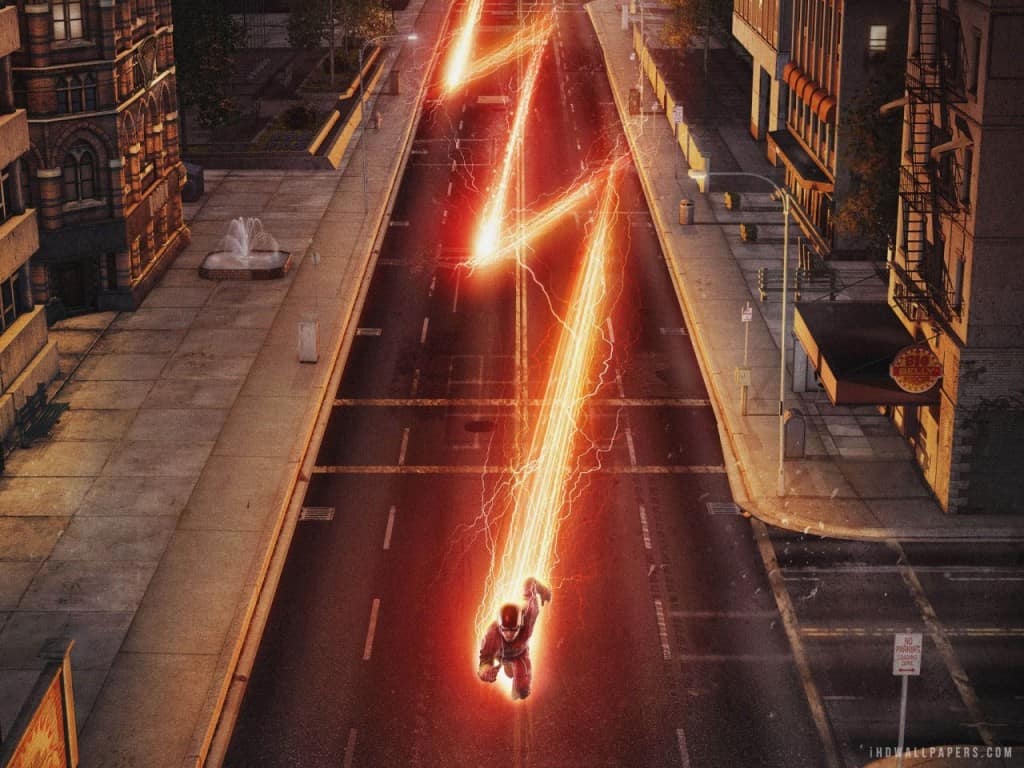 The DC Cinematic universe began to take shape this past year with the announcement of several upcoming films and the launch of two new television shows to go along with ‘Green Arrow‘ that has already been enjoying a successful run. Everyone’s favourite smart-alecky speedster ‘The Flash‘ is currently wrapping up his first season on television. An interesting story along with a handful of supervillains and some slick dialogue make this one a breezy watch. 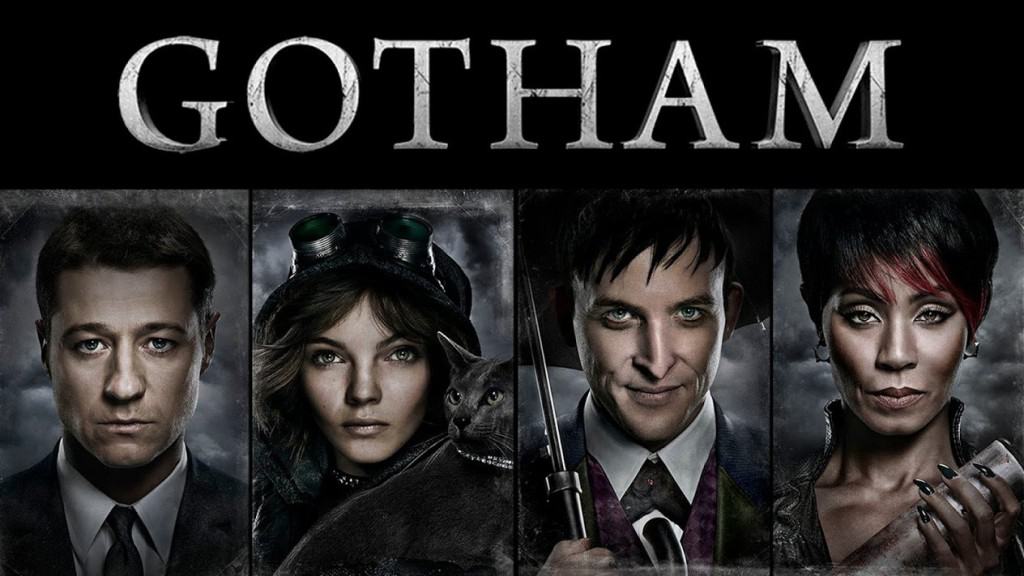 ‘Gotham‘ is undoubtedly the best superhero based series running on television right now. Despite being based in the era before the emergence of the dark knight, ‘Gotham‘ carefully circumnavigates through the original stories of our beloved caped crusader, Commissioner Gordon before he became commissioner and famous supervillains such as ‘The Penguin’, ‘The Riddler’ and even ‘Catwoman’. As the lives of these to-be-famous characters intertwine with one another, the show picks up steam and delivers some thoroughly satisfying moments. 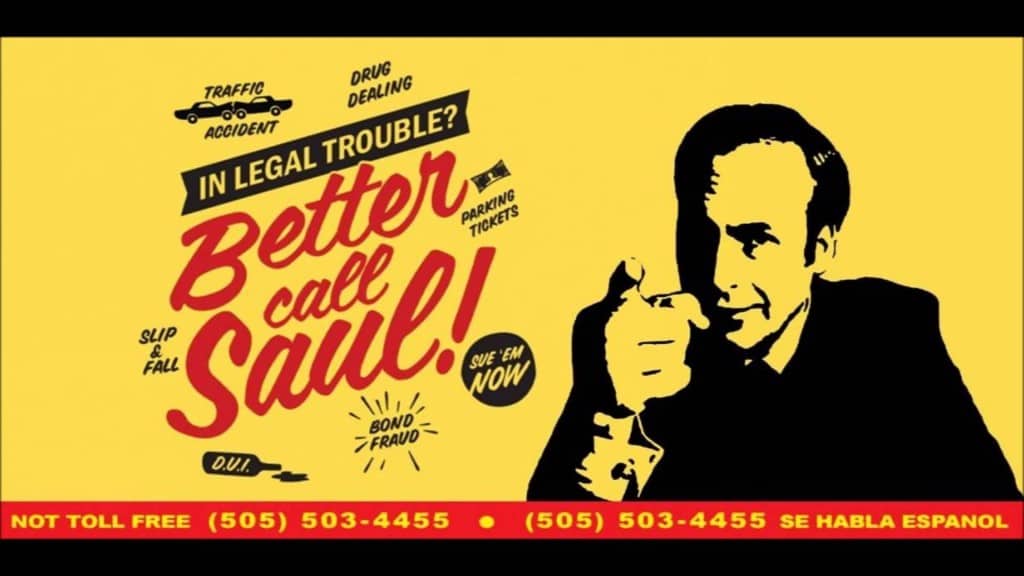 ‘Breaking Bad‘ was the kind of show the fans could not get enough of. Even after the show ended, the world was so bewitched with the characters and setting of the show, that a spin-off was created based on the character of Saul Goodman, Mr. White’s shady and resourceful lawyer. The show manages to maintain the sharp writing tone, brilliant cinematography and insurmountable odds that made ‘Breaking Bad‘ the modern legend it is today. 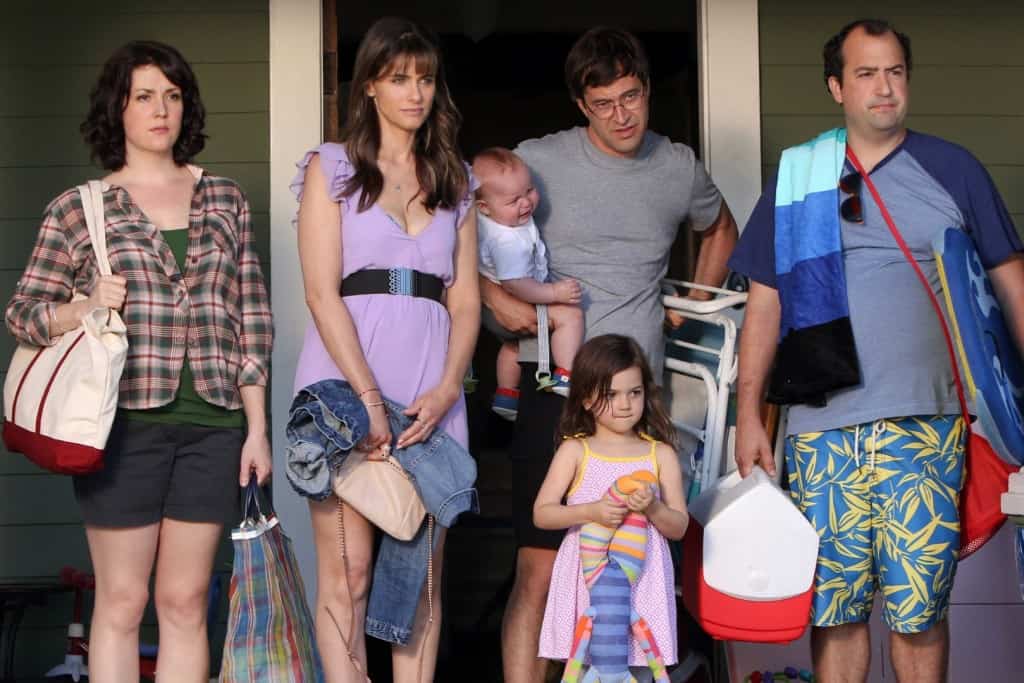 The last three spots on this list is reserved for some truly original and imaginative shows. ‘Togetherness‘, currently running through its first season on HBO, is a brilliant and modern take on marriage, family and commitment. It feels as real as life itself and that leads to some truly original moments that are laced with humor, spirituality and senselessness. 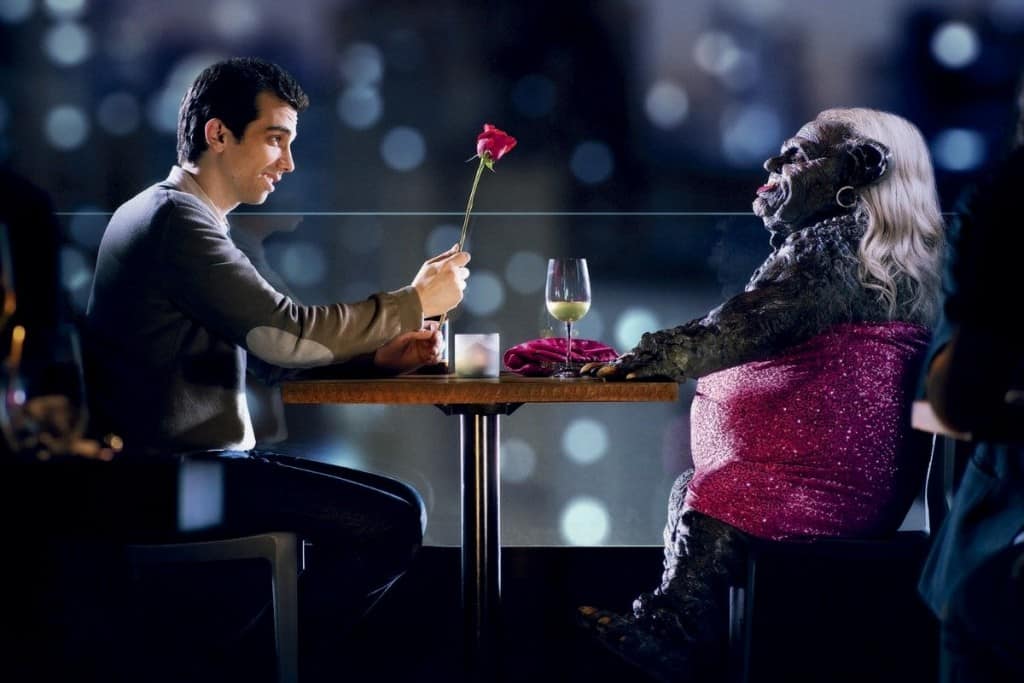 Do you sometimes feel like your ex-girlfriend is dating a dictator? Or that the blind dates you are set up on is with an alien from another planet? ‘Man Seeking Woman‘ is a dark, humorous and at most times, literal take on the pitfalls of dating and all the elements that go along with it. The show manages to create some outstanding situations because of the format it adapts and easily becomes one of the most unique series to be ever created for television.

The Last Man On Earth 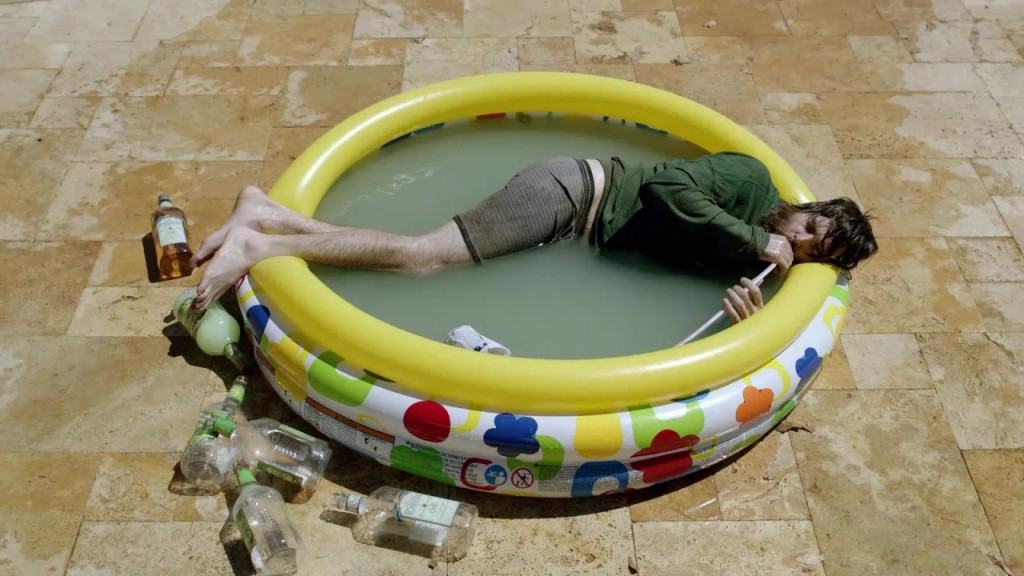 Will Forte is a funny man, we all know that. Last year, in the quaint and poignant dark comedy ‘Nebraska‘, he showed us he can act as well. By creating, scripting and acting in ‘The Last Man on Earth‘, he has shown us that he can do it all. The show is brilliant on all counts, following the actions of the last man on earth as he tries to find other living beings on the planet without losing his mind. Despite being primarily a comedy, the show has its deeper moments that allows us to reflect on the horrifying nature of loneliness. Is Will Forte’s Phil Miller the last man on earth? It would be terrifying if he was!