It is no secret that Google is a massive brand, expanded into countless things. Google always finds a way to make our day entertaining, whether it be from their inspirational logos on their main website, to their small games they include on Google Maps, such as Pac-Man. When Google decided to send out camera’s around the world to enable the use of ‘Street view’ technology, they managed to find some hilarious, bizarre, shocking and at times even revolting images. Here is a list of 20 candid pictures we would have never been privileged to if it wasn’t for Google. 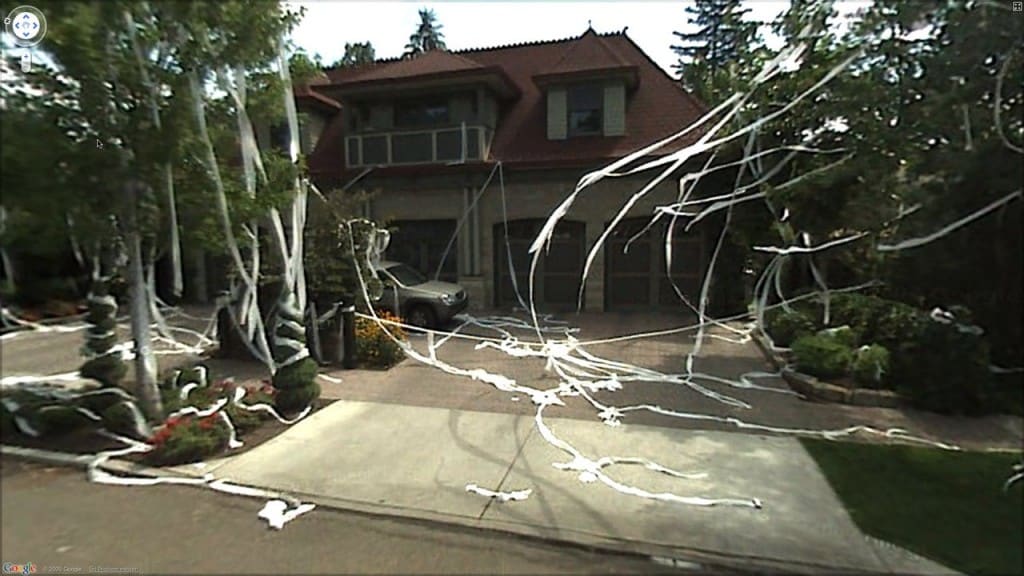 This image tells us that someone either got heavily pranked or that there was a crazy party the camera’s missed! 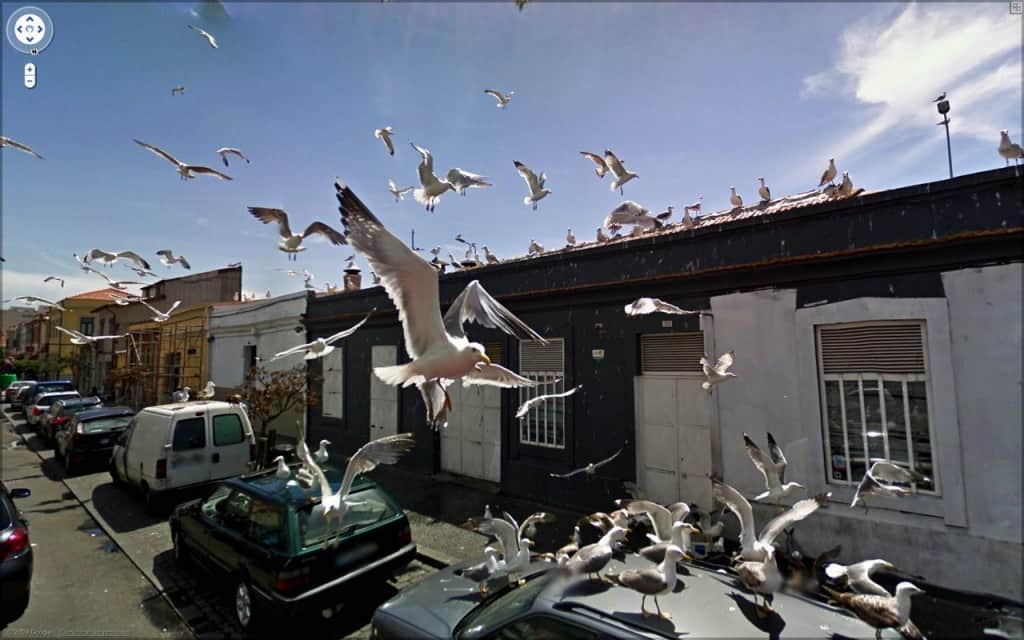 We have all seen the ‘Seagull coming in for a landing’, but this image captured a massive flock of seagull, probably preparing a white wash for those unsuspecting parked vehicles below. 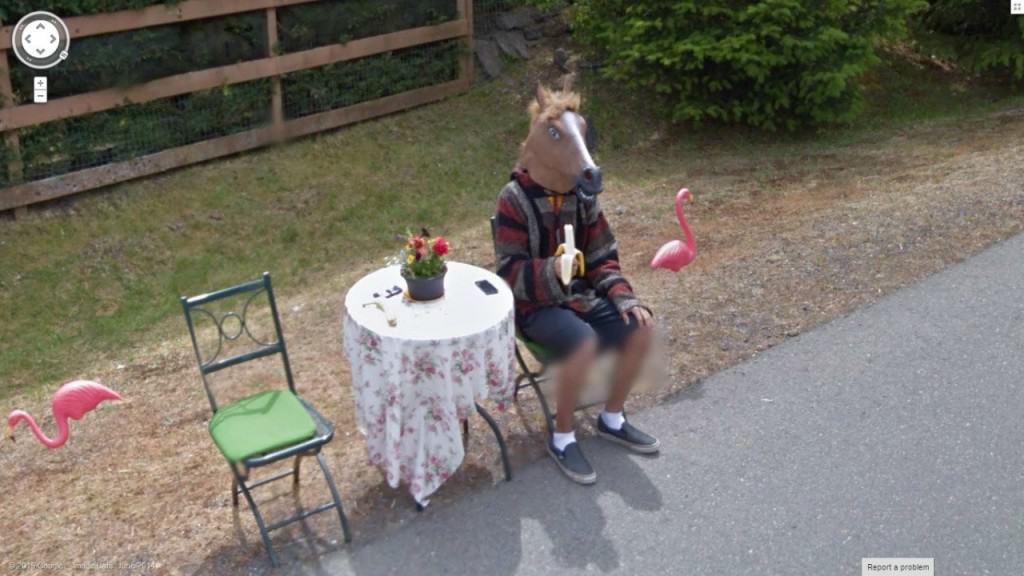 Is that Bojack Horseman? Sure seems to be chilling like him.

Leave it to Google to even manage to capture lightning. Those beams look insane though don’t they?

Something Is Going Down 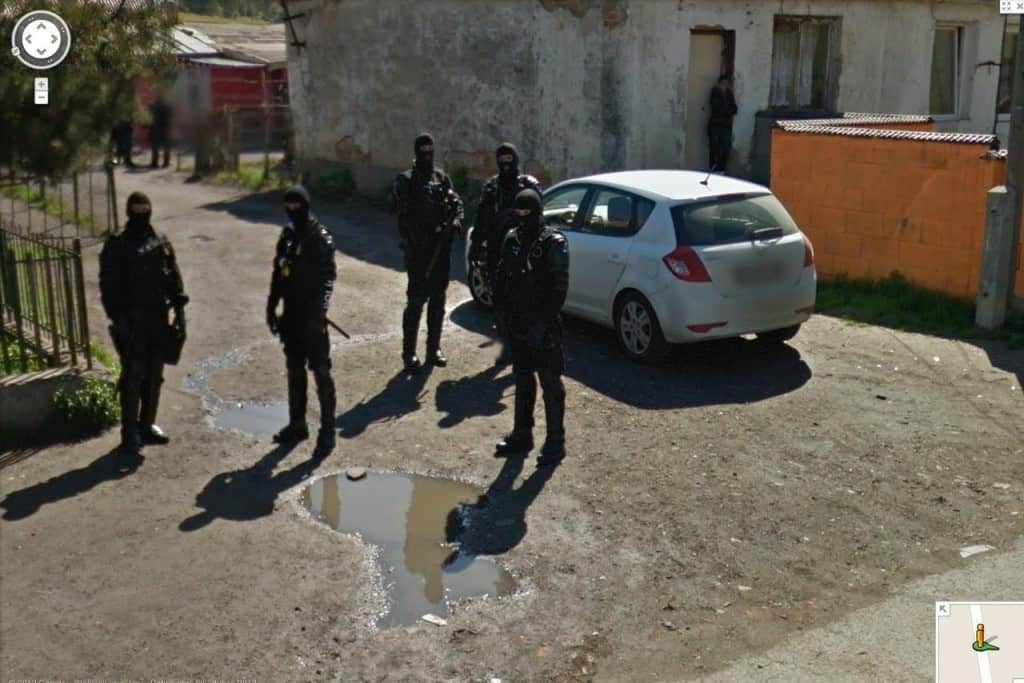 I don’t think the Google cam would have wanted to stick around to find out what those men are up to! Looks dangerous, would look even better with a rocking soundtrack.

Baby Born On The Street

Are there more child street births or lightning strikes? Either way, Google got them both. 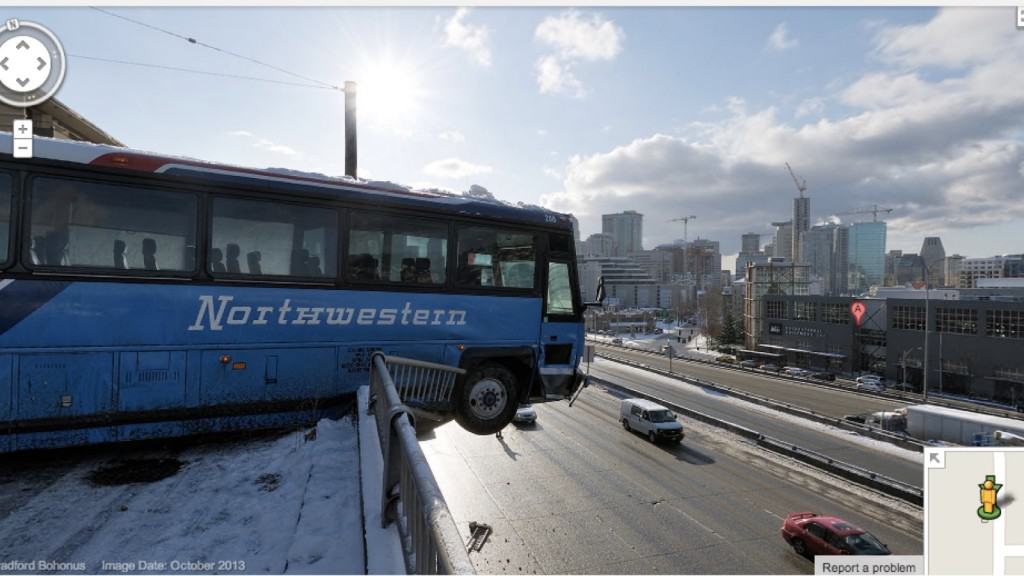 This Bus driver clearly couldn’t wait to get over with his day. 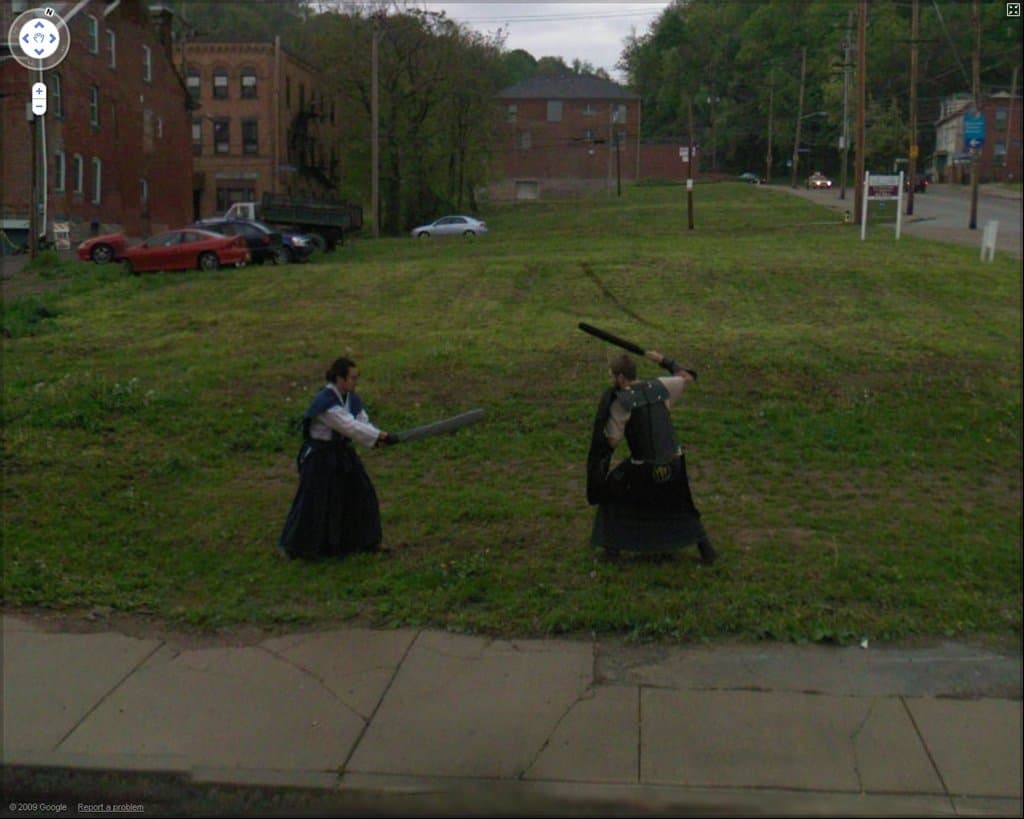 This looks like a fairly even fight. I wonder who won?

This one looks like a less that even fight. Maybe the guy getting spanked deserved it, who knows!

At least one out of every three dangerous incidents are receiving police attention. How do you like them apples?

Birds Of A Feather 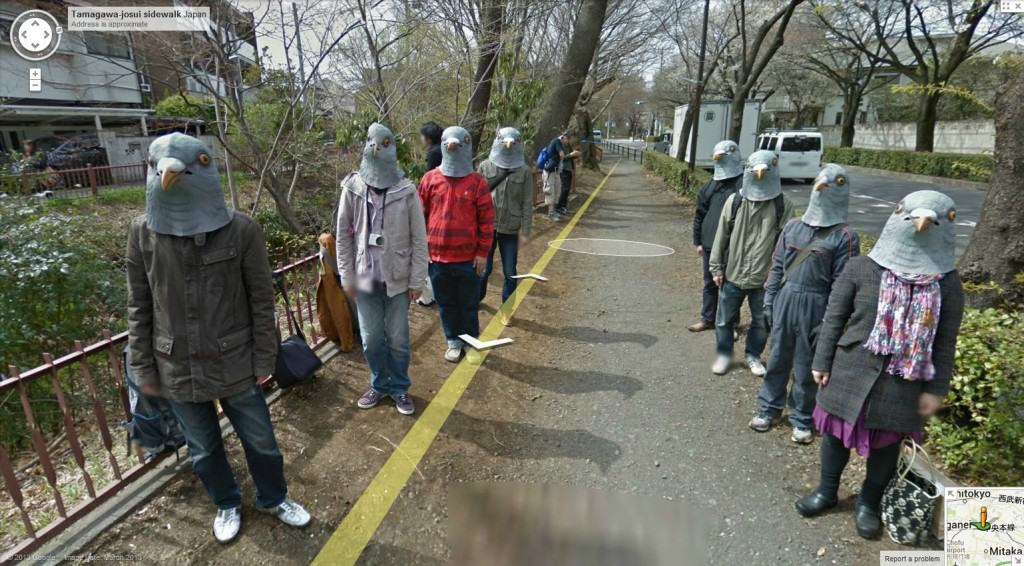 Maybe its just time for a coup.

What have you done Google! A whole bunch of children just felt depressed seeing this picture. 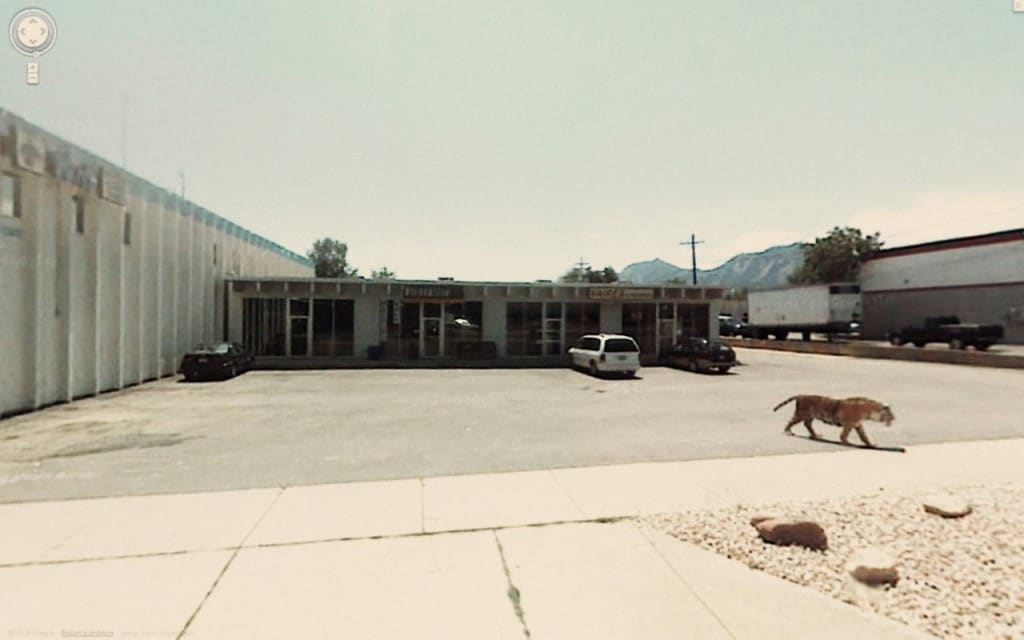 This is a picture of an empty, average parking lot. Maybe its so empty because a tiger seems to be strolling through it.

Going Back To Nature 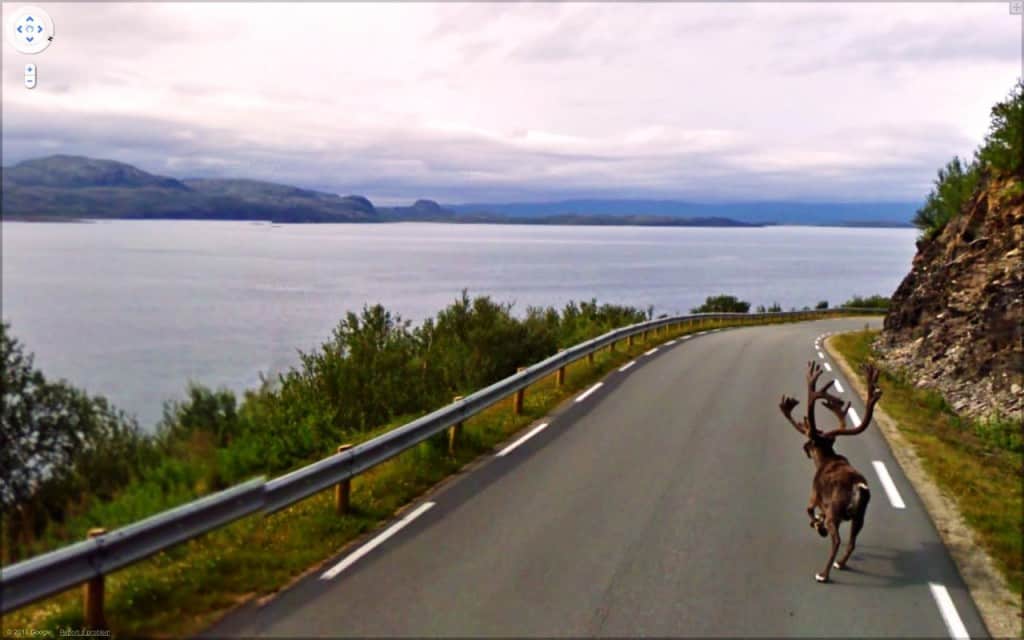 At least this moose seems to heading in the right direction.

Cause You Had A Bad Day.. 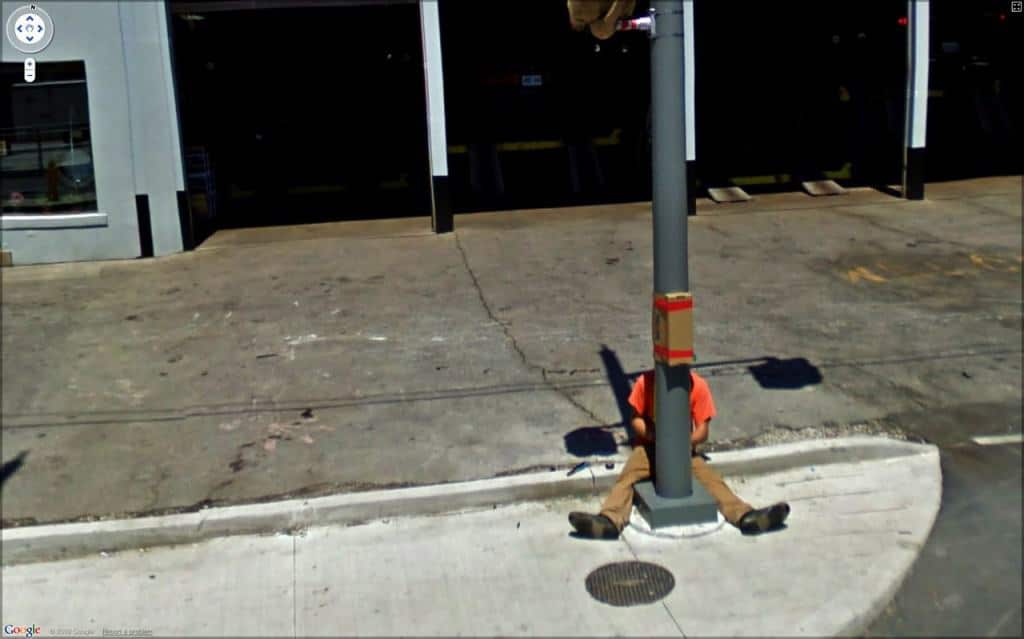 This man needs a hug, but the pole doesn’t seem to be very interested. 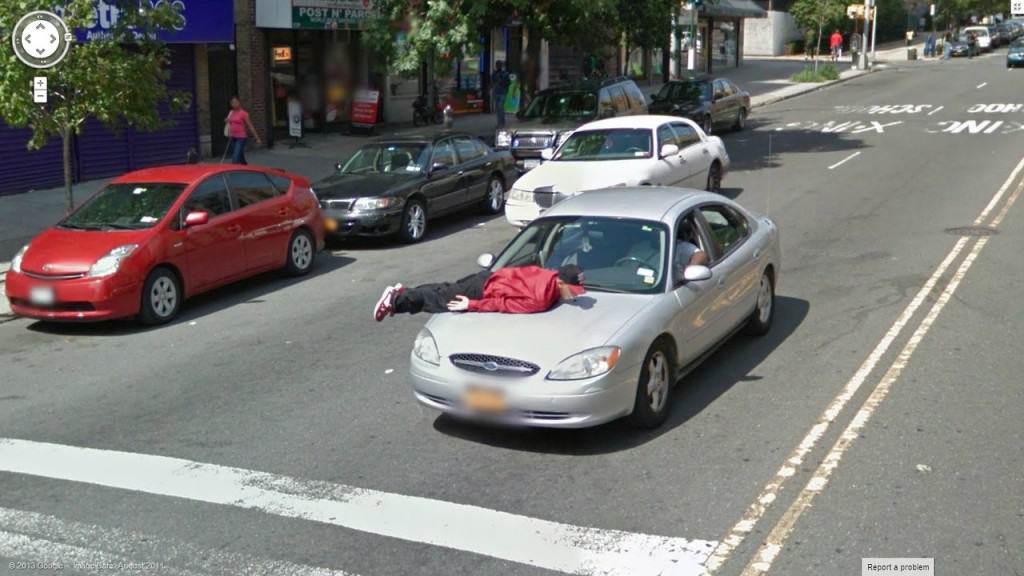 This is exactly where you want someone to come and practice their nonsense planking right? When the signal turns green, its his fault for being on your car. 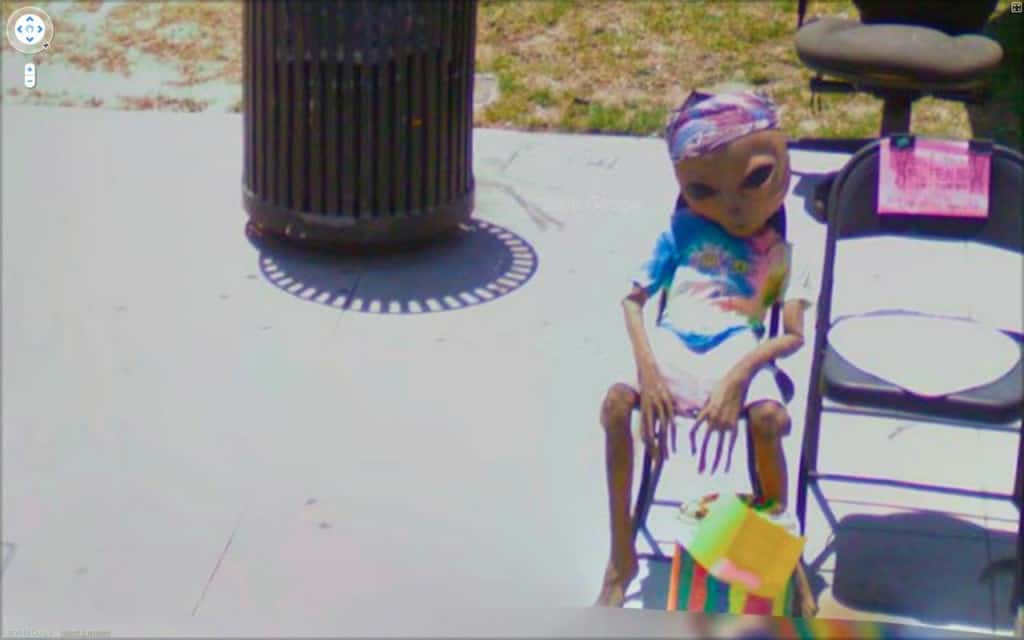 There are definitely far less Hippy aliens than lightning strikes and street baby births, but that didn’t stop Google from capturing it.

This child knows that movies are mostly trash these days, so he is probably going for a more realistic experience.

This man could use some clothes, then may be a hug after that.

Pedal To The What? 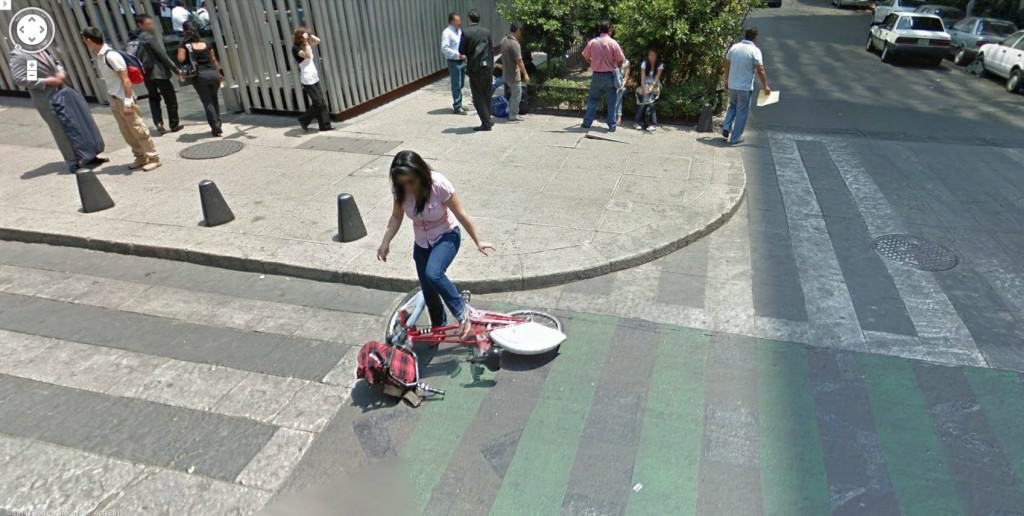 This looks like an ad poster for adult training wheels.