20 Of The Weirdest Sculptures From Around The World

The world is full of beautiful buildings, sculptures, and architectural beauties that shock, inspire, and amaze. Some of these sculptures are incredible because they are awe-inspiring, and some are incredible because it is difficult to imagine why or how they were put up. Some are made from materials that would have had to come from an extremely creative mind. Some are made into shapes that completely bewilder and baffle people. Overall, these statues and sculptures are all beautiful reminders of how unique the human mind truly is. 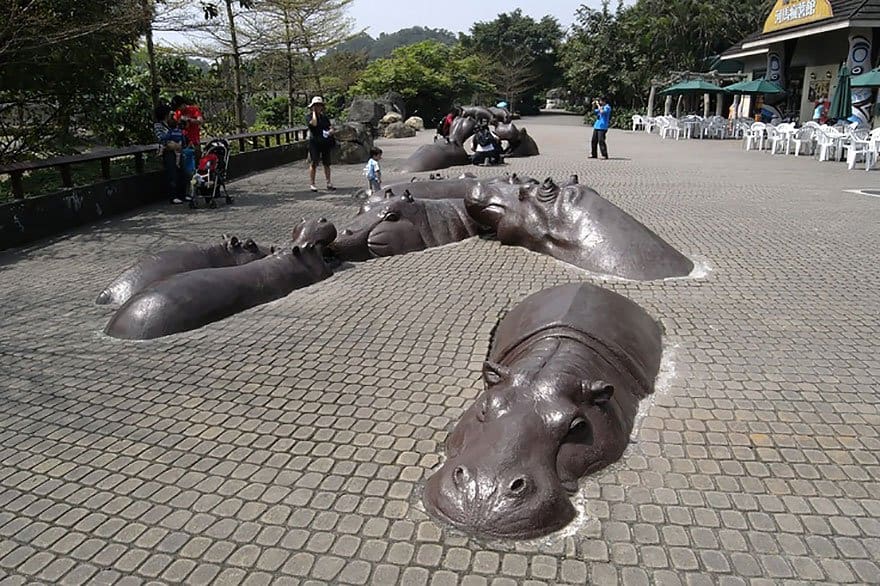 This sculptures can be found in a zoo in Taipei, Taiwan, and they are a fun and cute tourist attraction! 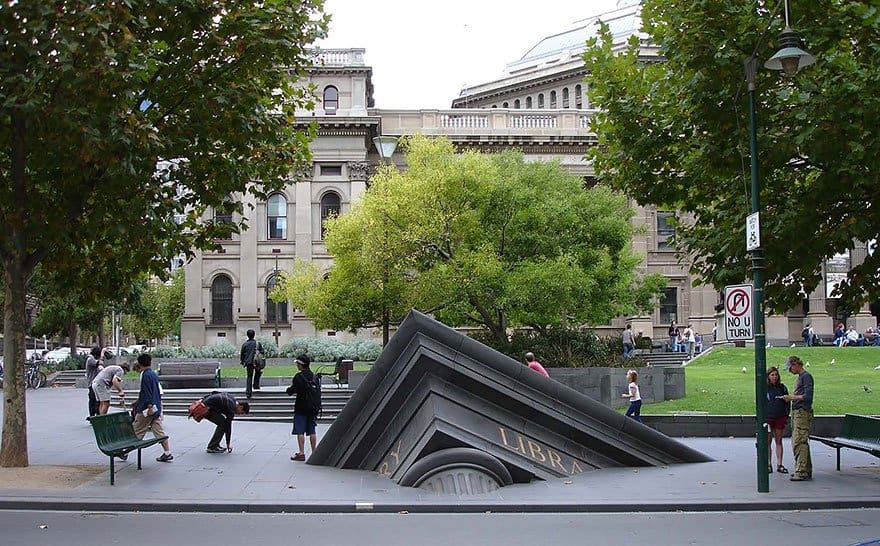 This funny sculpture is located in Melbourne, Australia, and it depicts a “library” where the weight of the books has sunk that library. 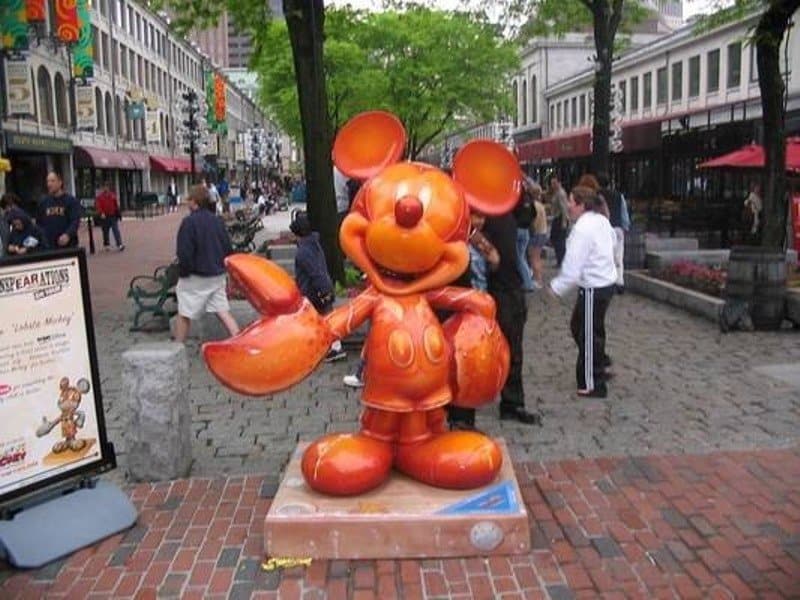 Where else would this be found but the United States of America? It is in Massachusetts and is made to reflect a different region of the US. 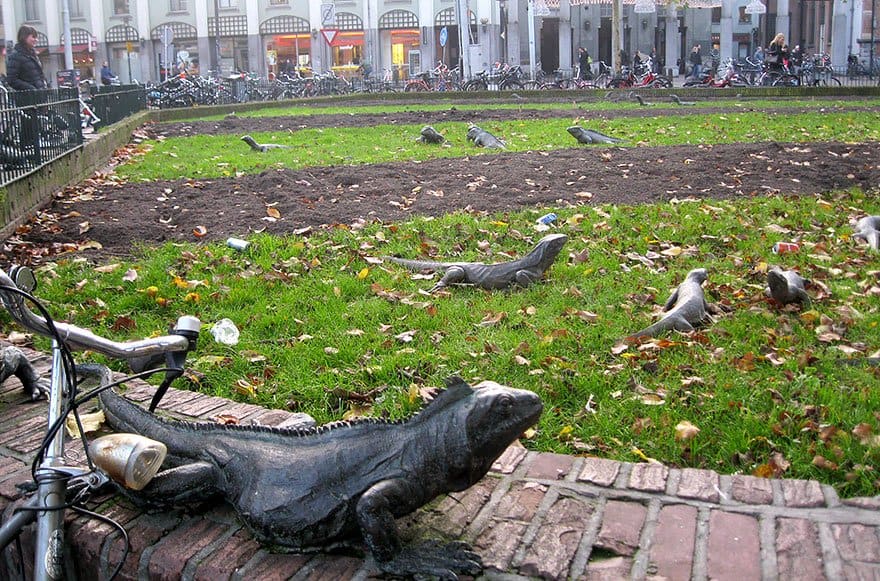 These slightly unsettling sculptures in Amsterdam are funny and a bit out of place, but is quite a tourist attraction. 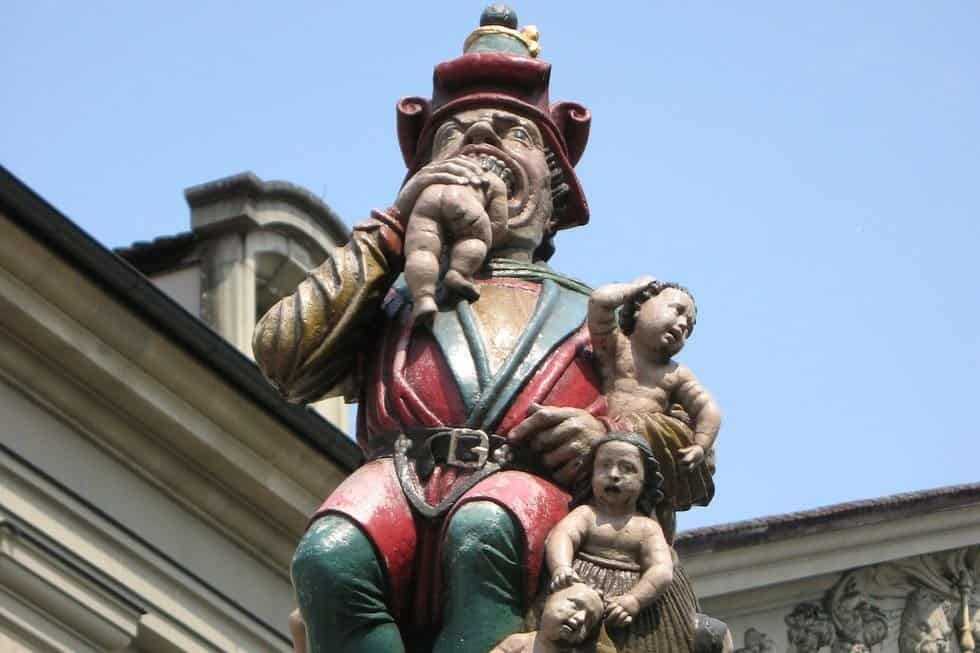 Located in Bern, Switzerland, this statue is more disturbing than anything. The scariest thing about this sculpture is that no one really understands why it was built. 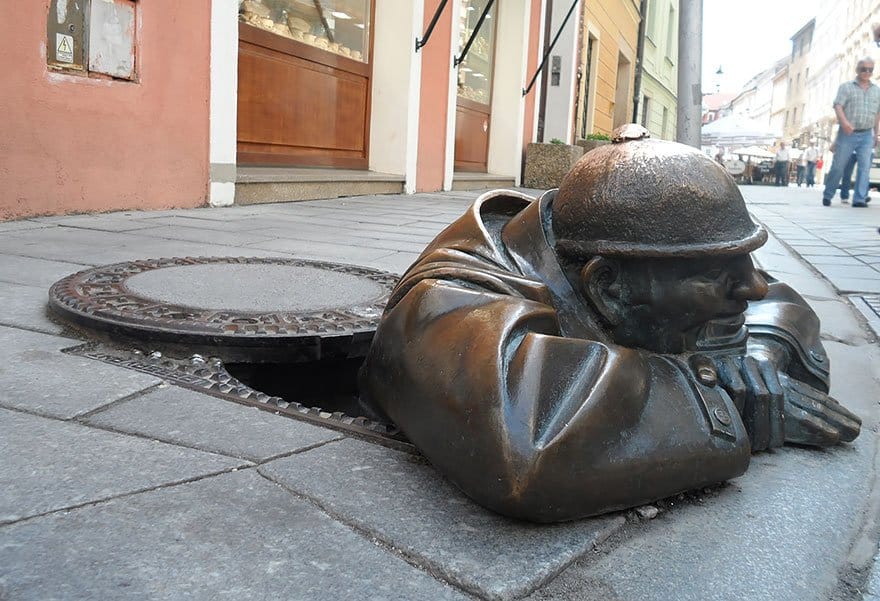 Bratislava, Slovakia houses this interesting sculpture of a man popping out of a manhole! 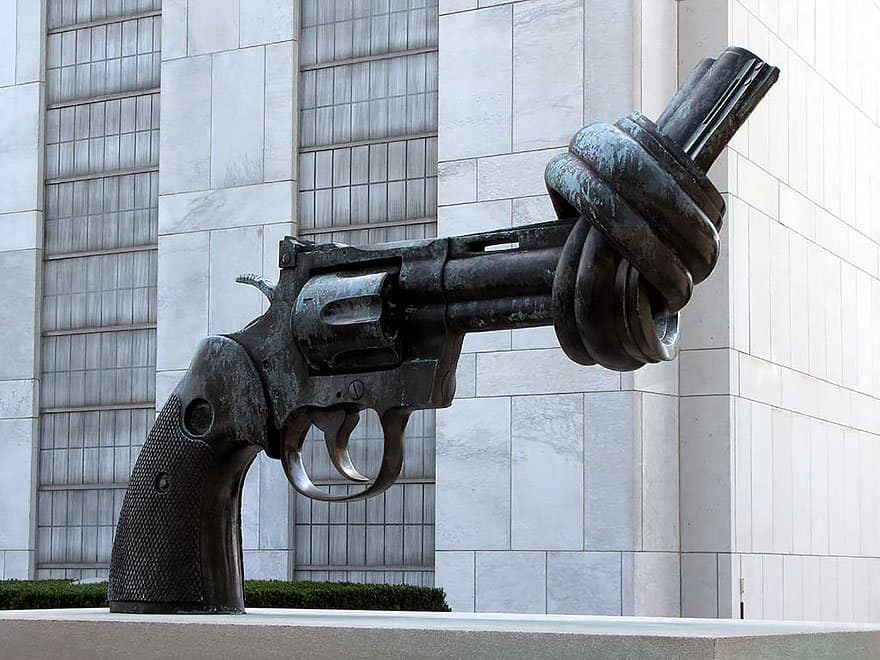 This sculpture is found in New York, and it is the signature logo of the Non-Violence Project. 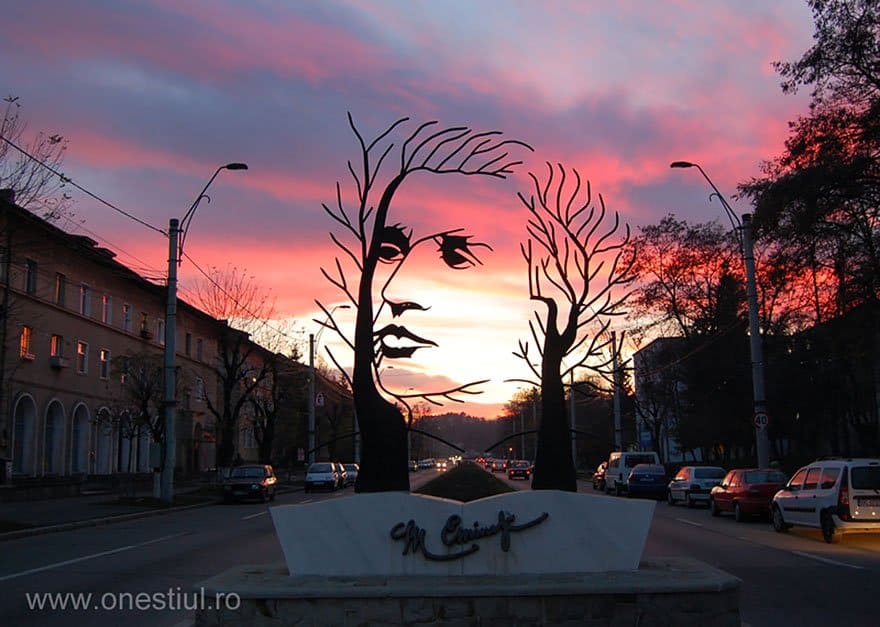 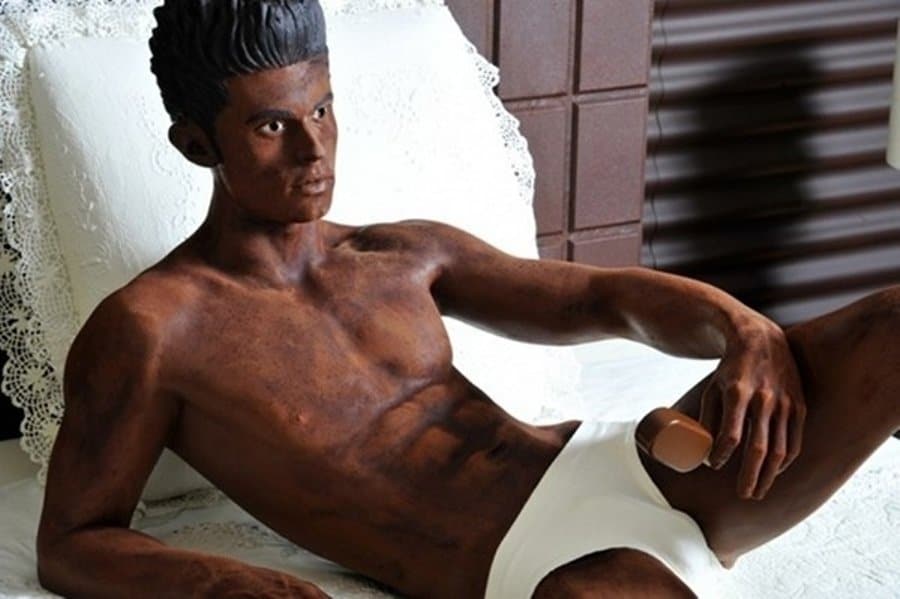 Fashion designer Karl Lagerfield sculpted this bad boy…entirely out of chocolate. It is quite literally every woman’s dream. 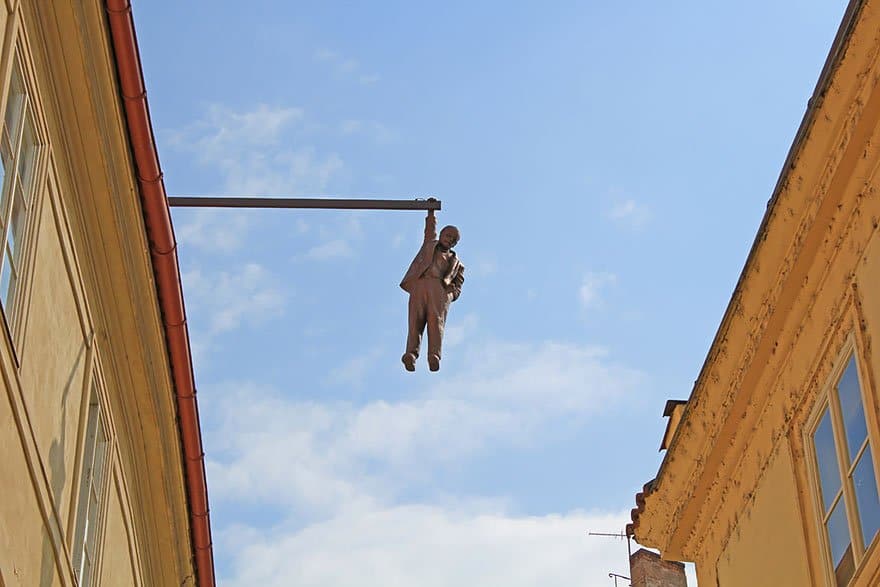 This sculpture, found in Prague, Czech Republic, supposedly depicts Sigmund Freud hanging onto a pole, debating on whether to hang on or let go. 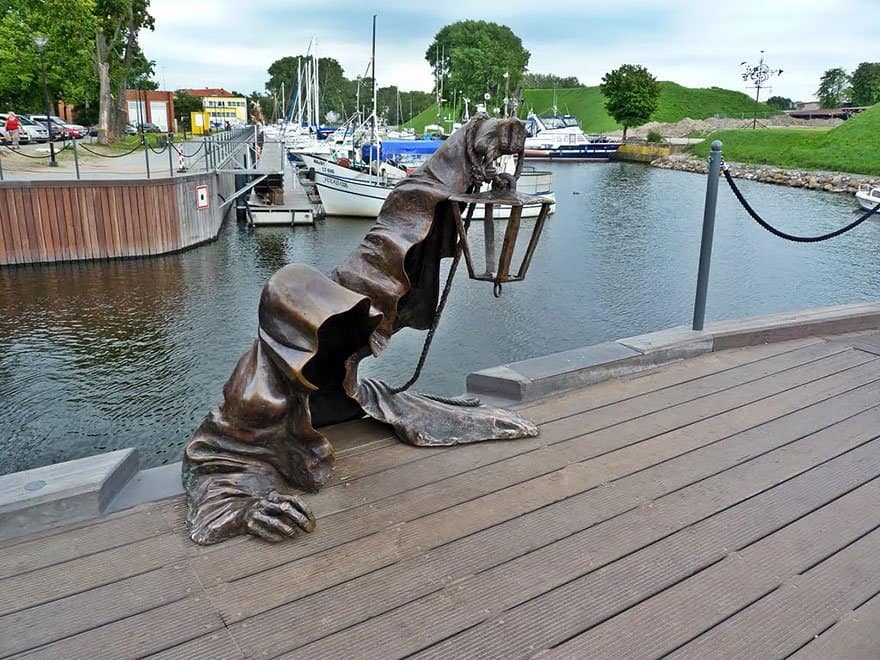 This slightly eerie sculpture is found in Lithuania. Legend has it that in 1595, the Black Ghost saved a small city in Lithuania from famine by warning people to save food. 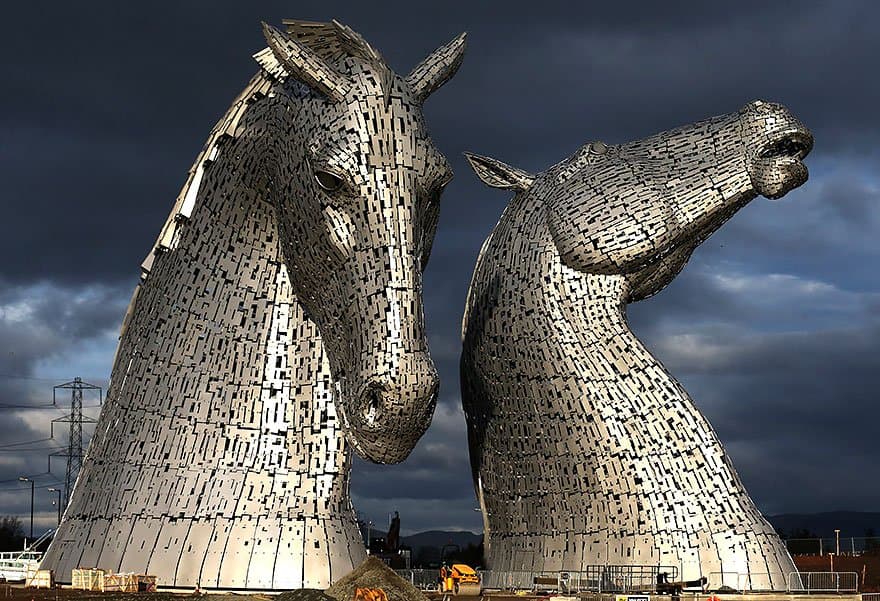 This beautiful sculpture can be found in Grangemouth, Scotland. “Kelpie” is the Scottish name for a shape-shifting water spirit that typically takes the form of a horse. 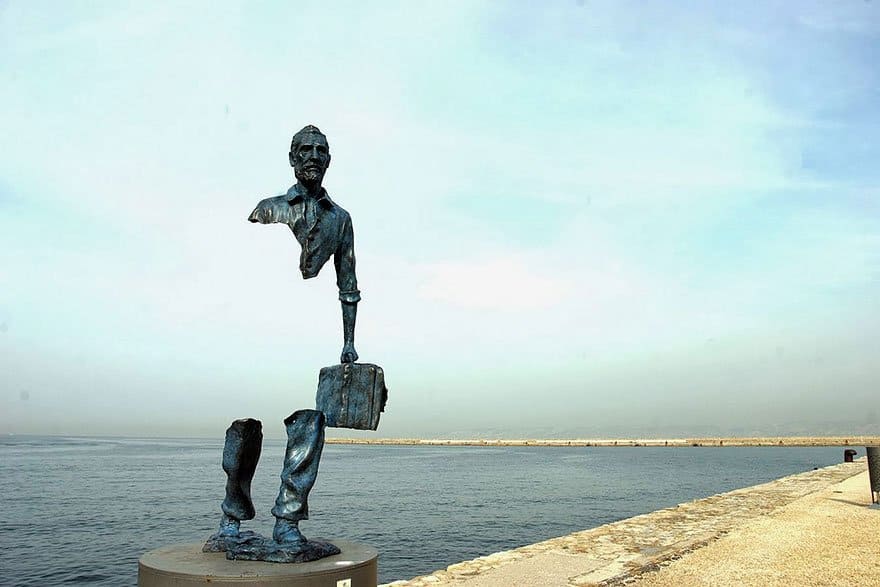 This visually stunning sculpture can be found in Marseilles, France. It has been called a “beautifully imperfect” sculpture of Bruno Catalano. 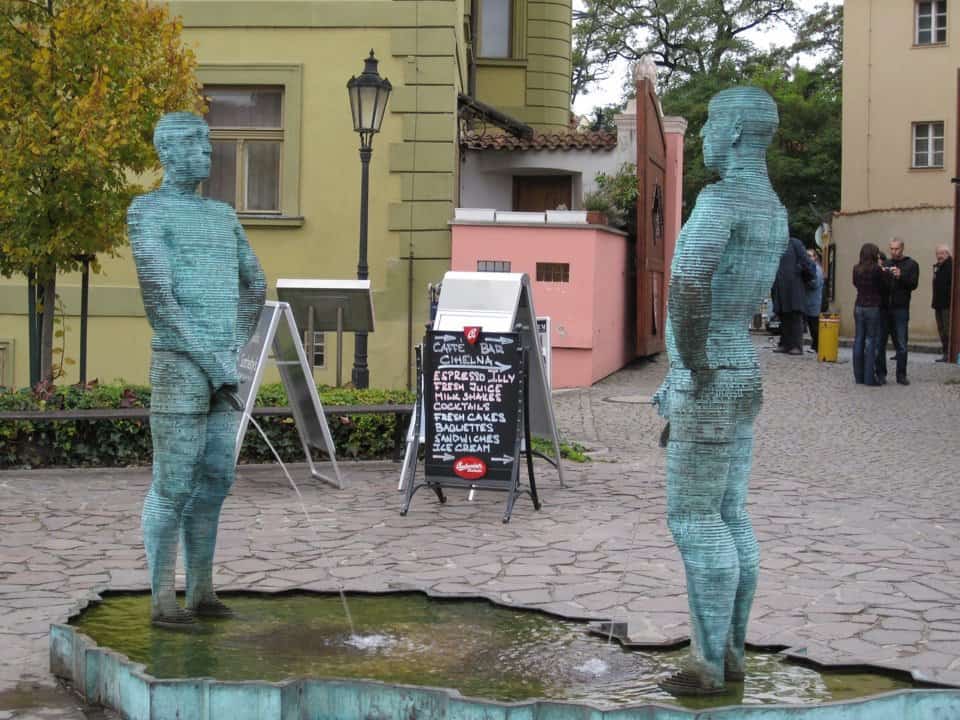 This sculpture, found in Prague, is more hilarious than anything, and one can only imagine the reasoning behind it. 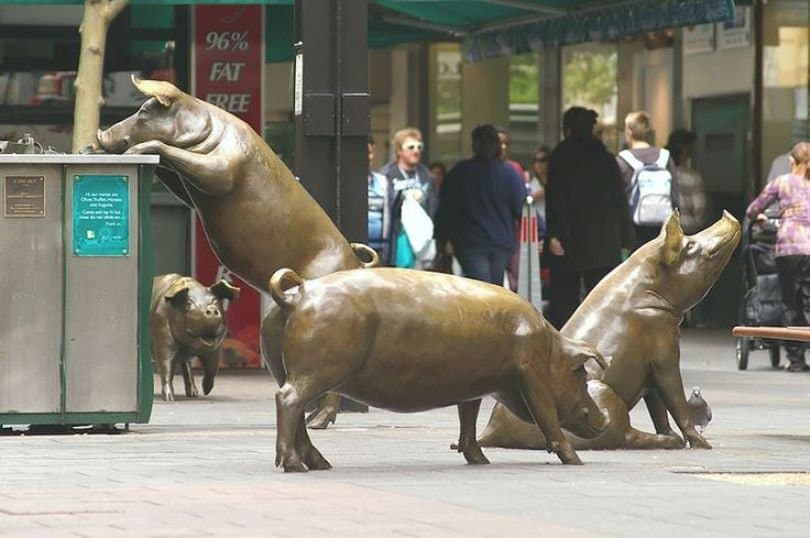 This funny sculpture of pigs rummaging through the trash, can be found in Adelaide, Australia. 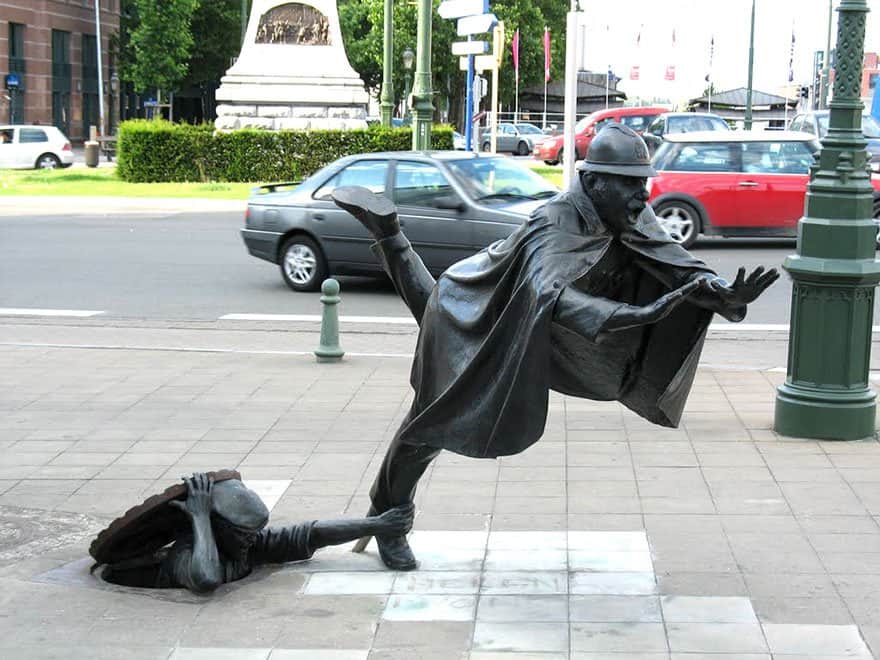 This sculpture of a policeman being tripped by someone in a manhole can be found in Brussels, Belgium. The meaning behind it is up for interpretation. 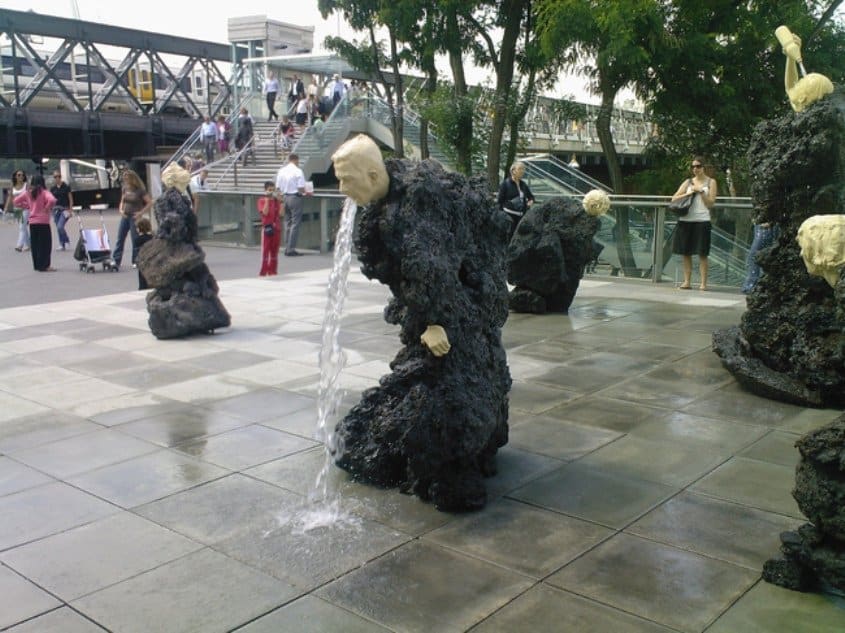 The logic behind this statue is definitely missing. It is located in London, England. 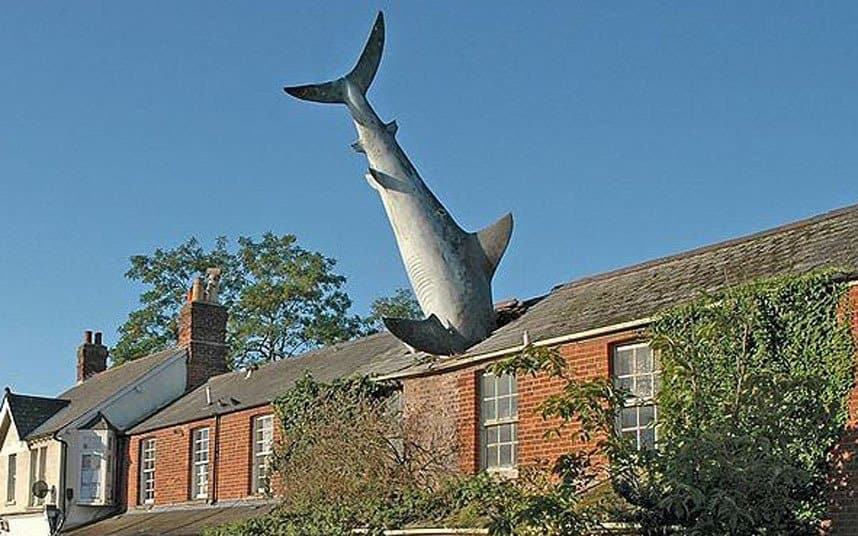 This statue, sticking out of someone’s home, is located in Oxford, England. 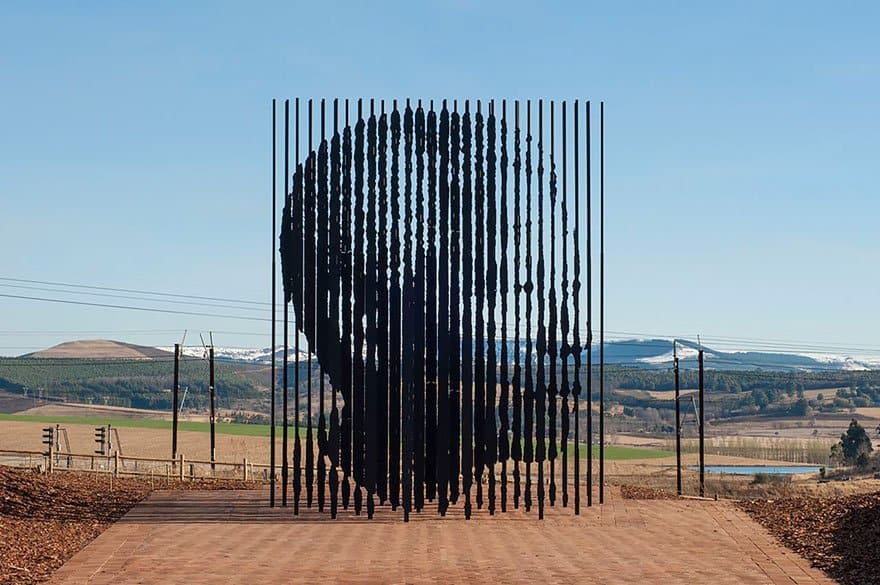 This sculpture is a beautiful tribute to one of the greatest humanitarians in the last century – Nelson Mandela. It can be found in South Africa. 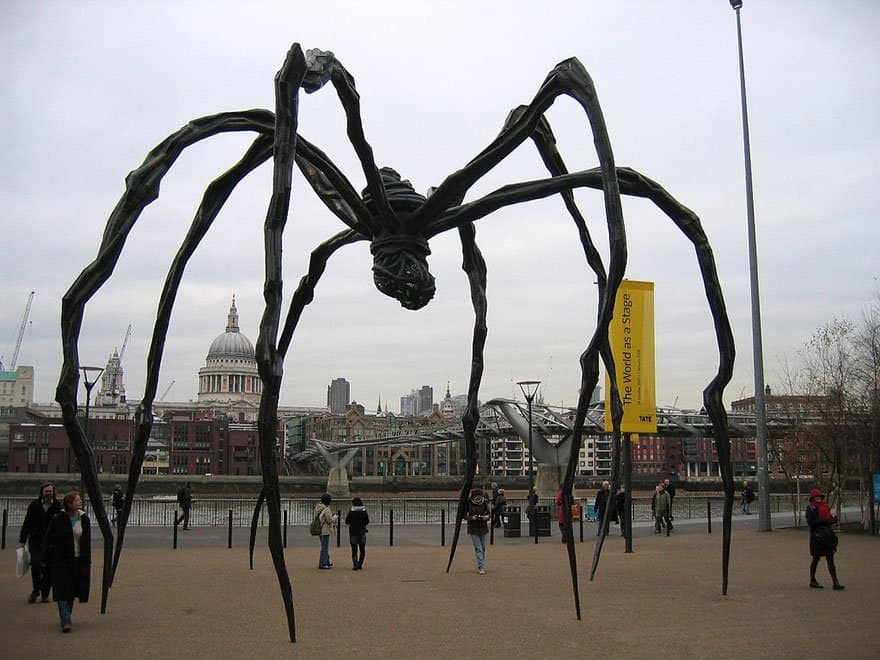 This creepy sculpture is located in London, England, and probably scares over half of the people who see it. Not too many people are fans of huge spiders, so it’s a wonder as to why it is there.